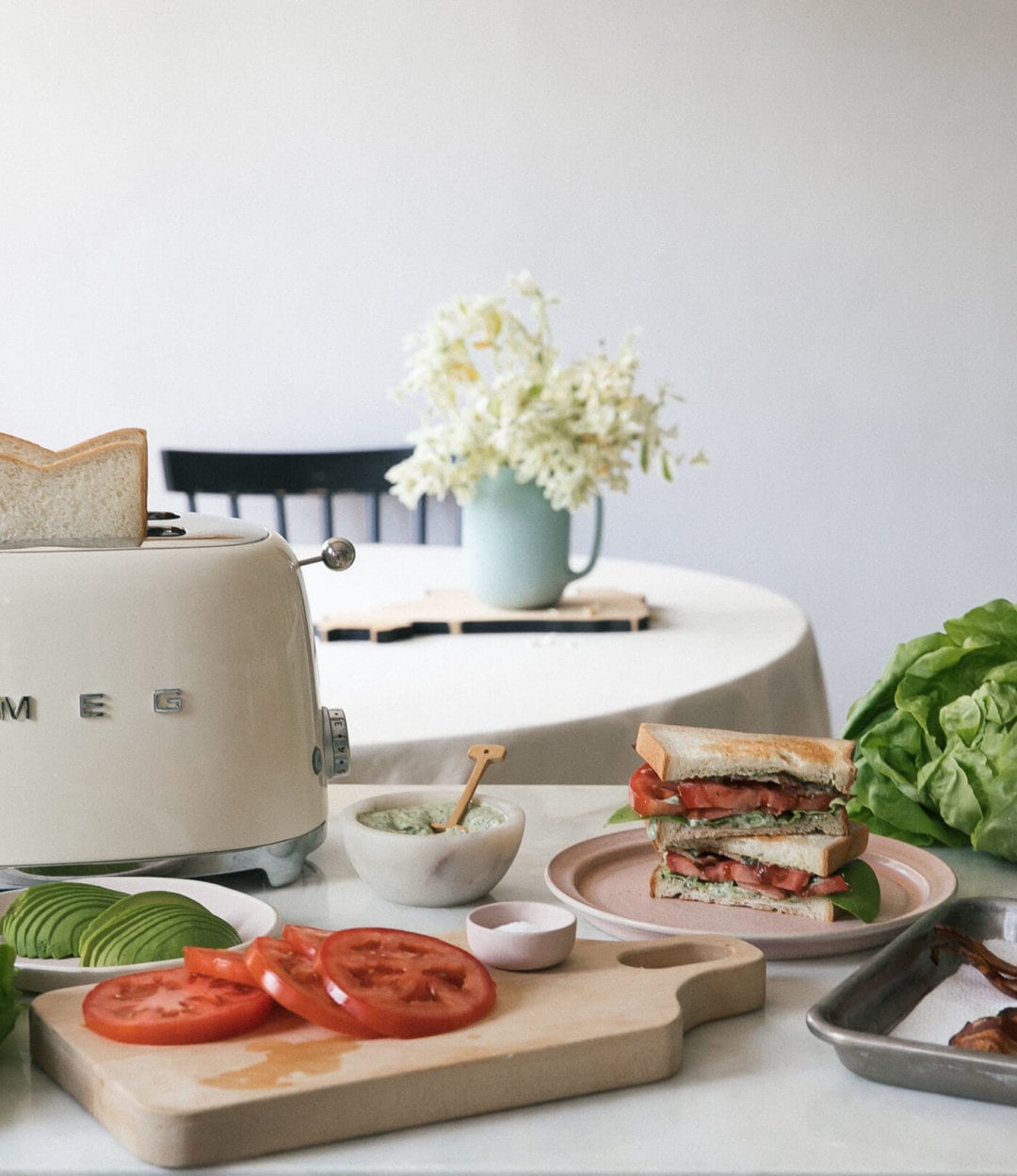 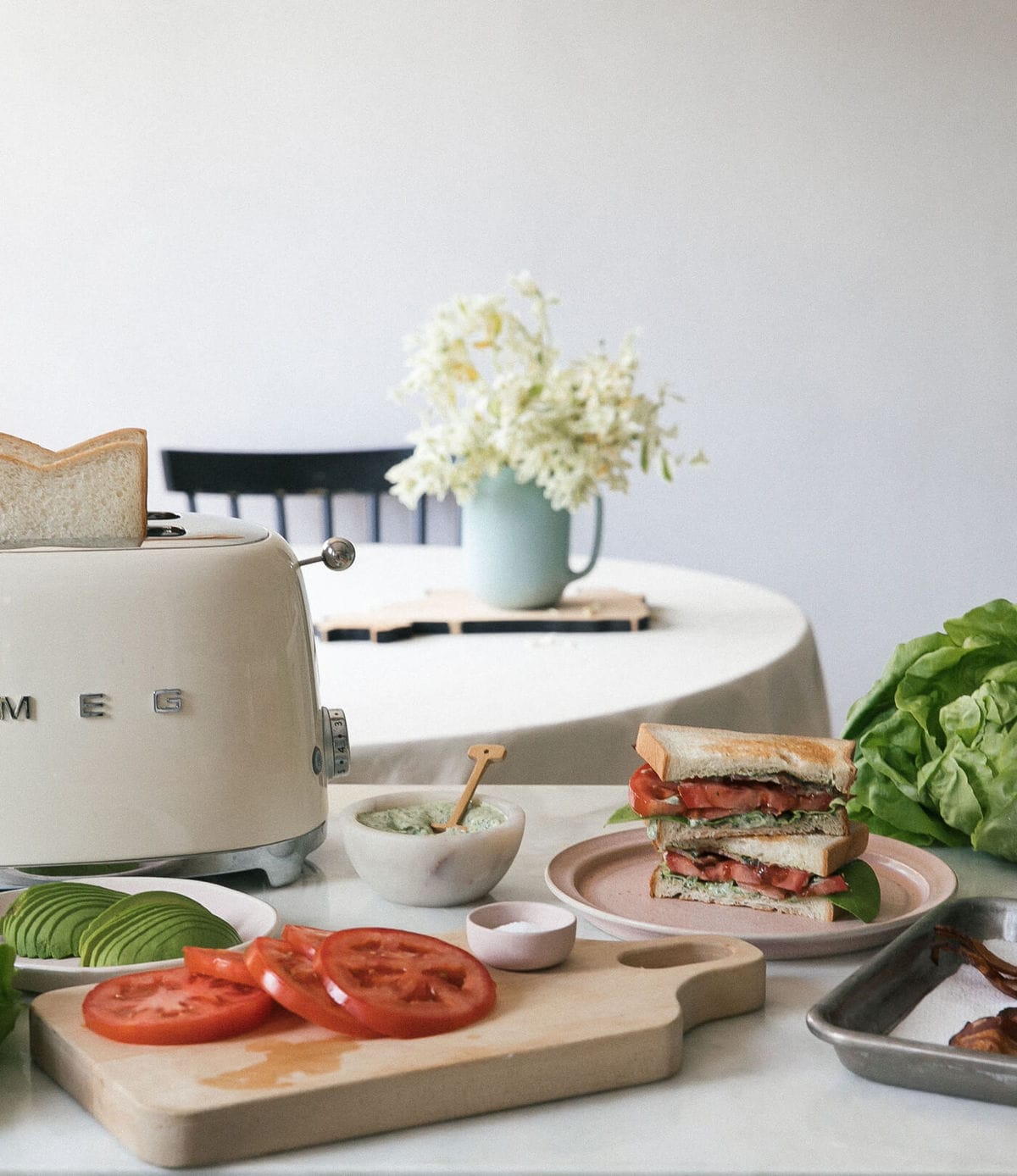 When my mama was pregnant with me, my dad was obsessed with BLTs. He’d make them all the time but there was a problem: my mom’s morning sickness made her nauseous every single time she smelled bacon. So eventually he had to stop. Or he had to go over someone else’s house in order to make them. Very random, fun fact about BLTs for you!!

Maybe this is the reason I love BLTs? I dunno…could be! 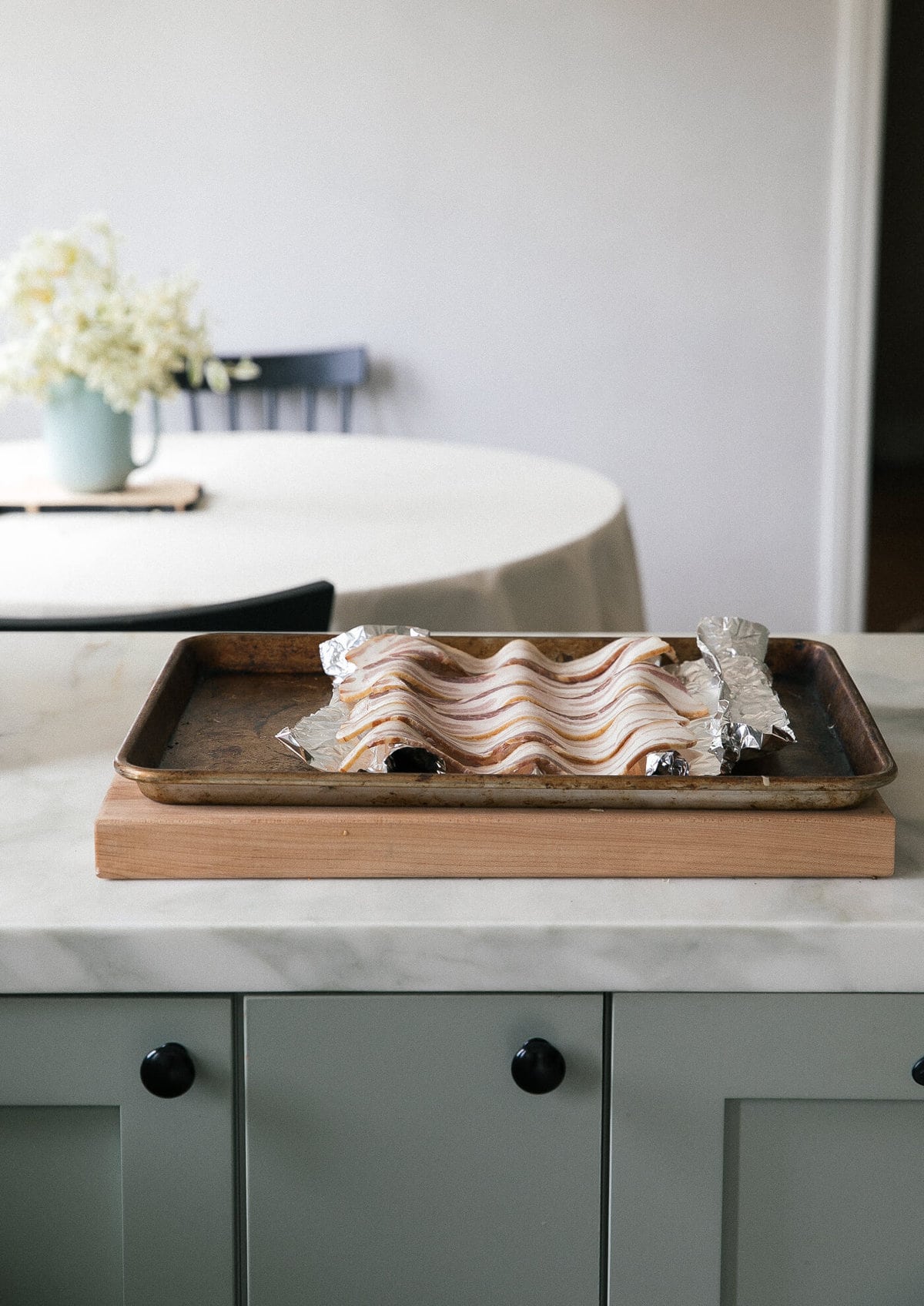 Truth is, I don’t eat a ton of bacon. I’m not one of those people who believes bacon makes everything better. Sometimes it’s too rich and too indulgent for me. But for some reason, when bacon is crispy and sandwiched between two soft pieces of bread with a swipe of mayo, crisp lettuce and soft tomatoes, the clouds part and…heaven. 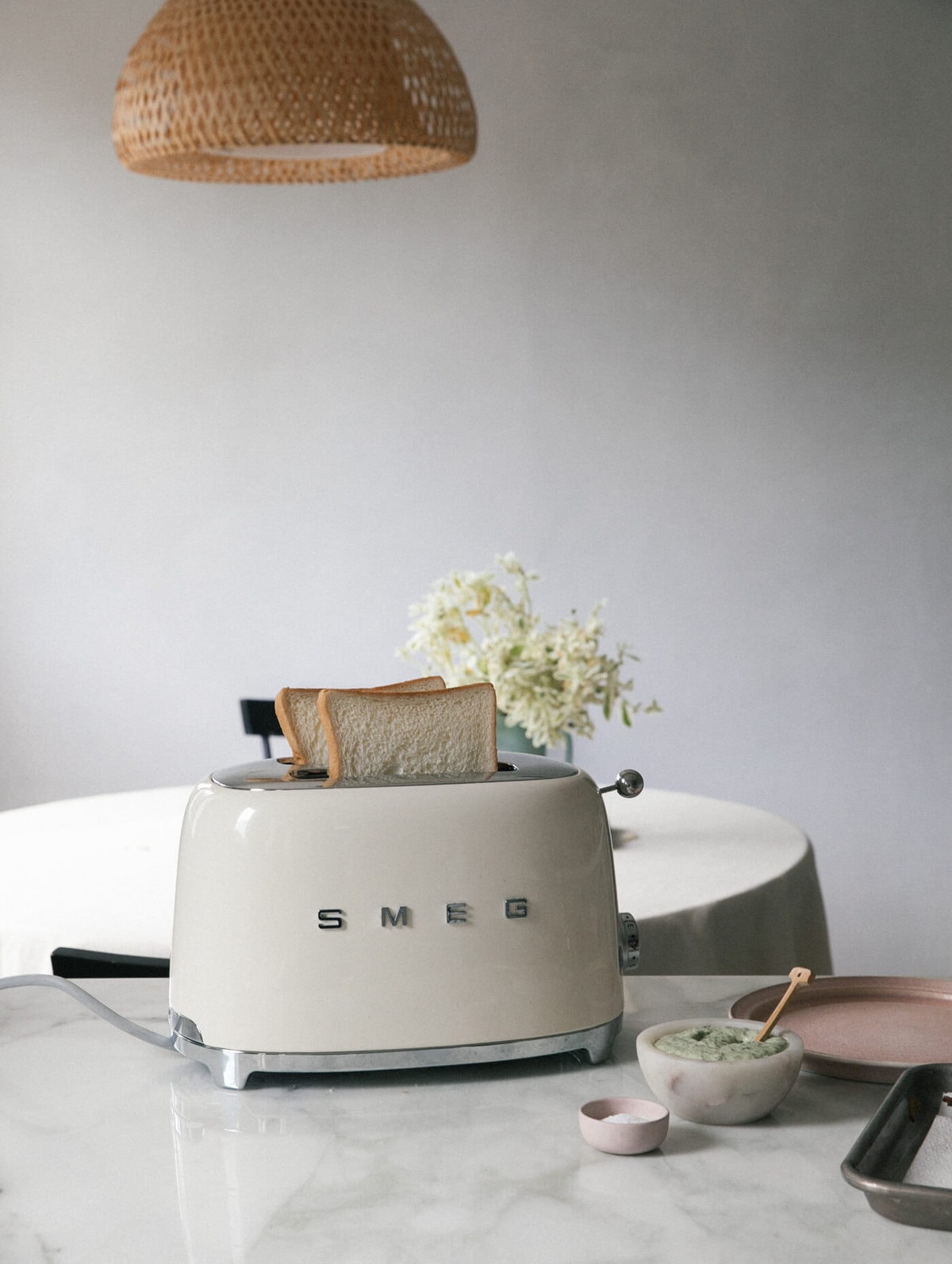 BLTs are summer’s gift, they’re simple, but that doesn’t mean you don’t have to give them special love and attention.

Here’s what I believe: 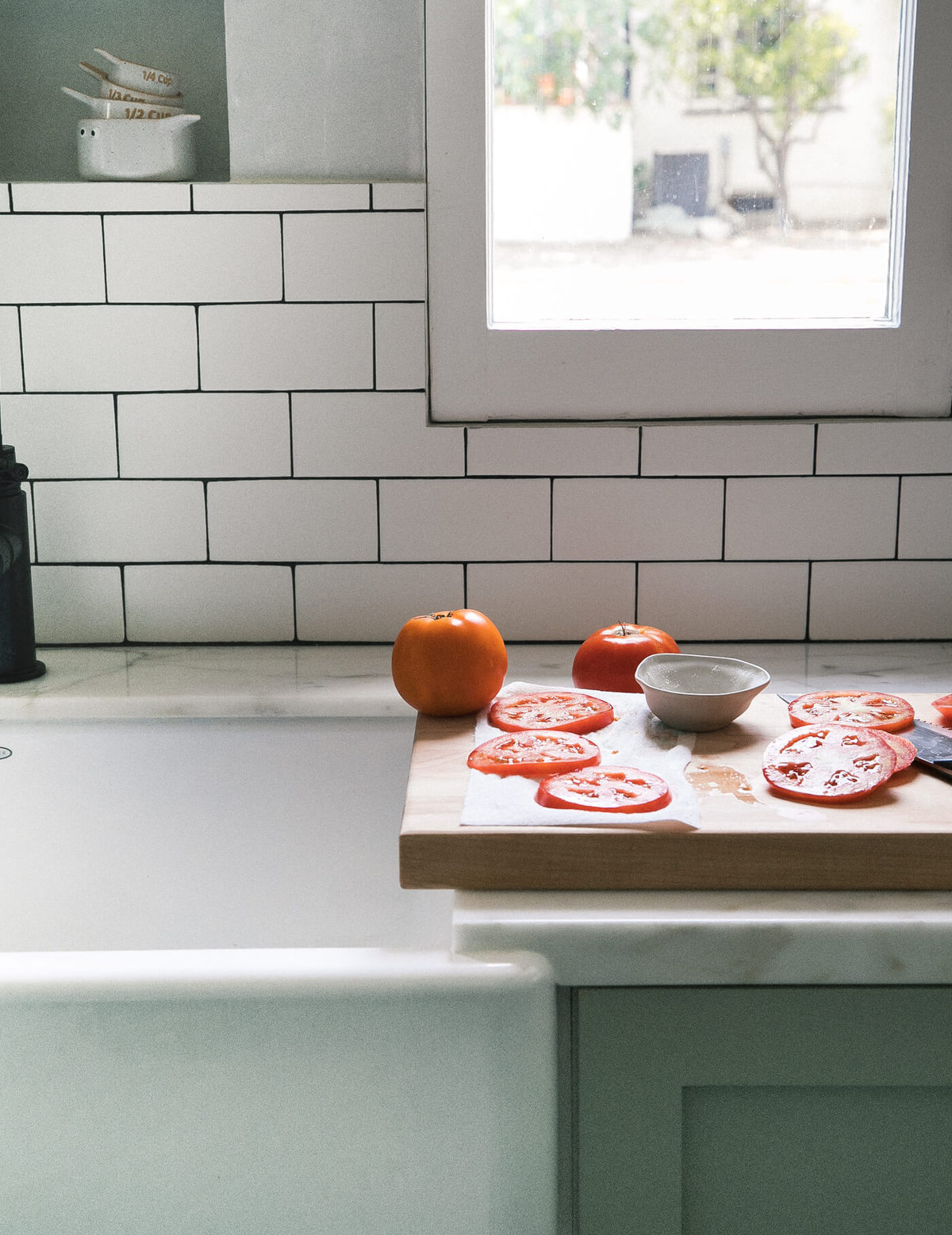 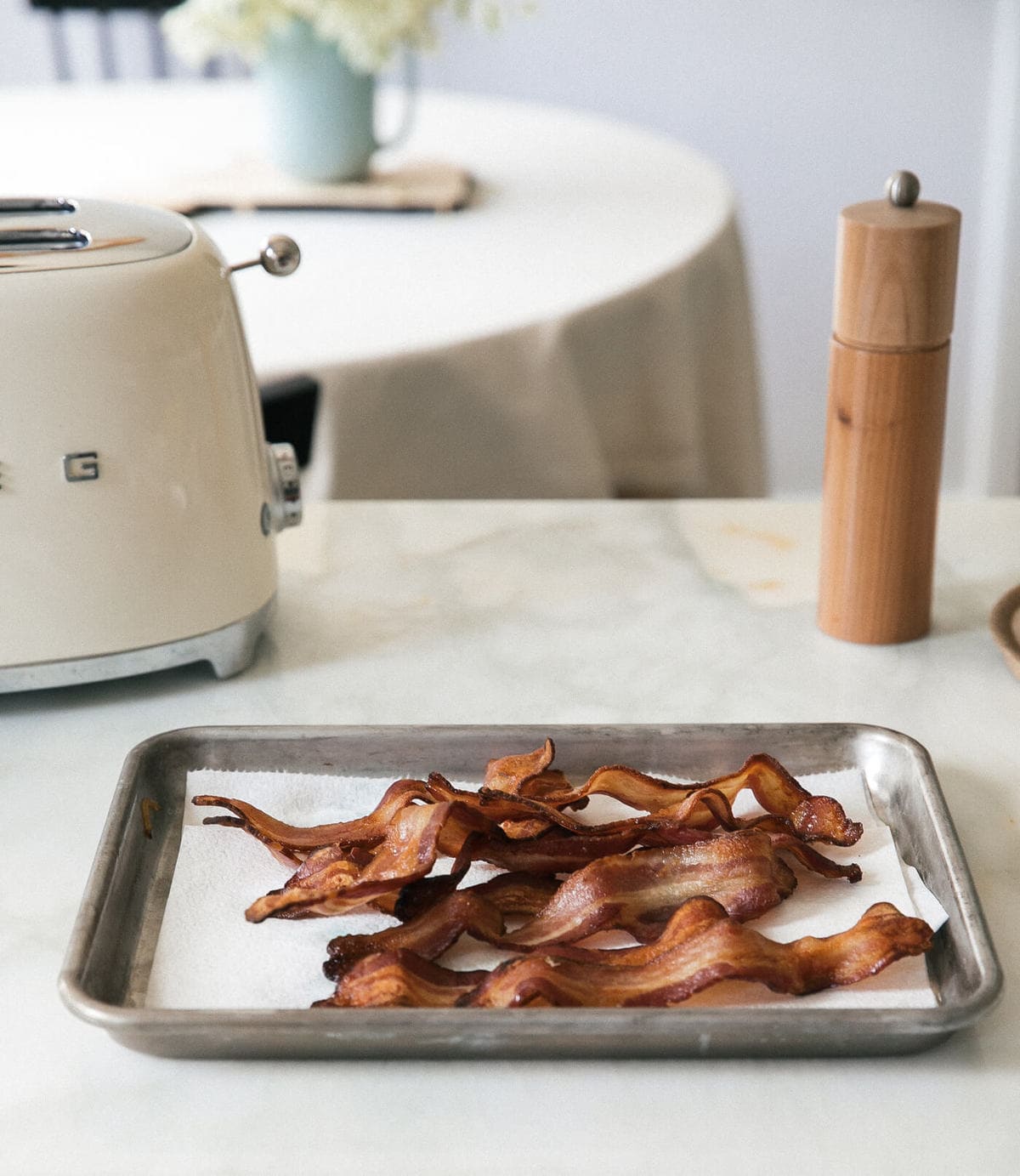 And…the bread should be lightly toasted. Also the mayonnaise should be delicious. In this case, I made a green goddess mayo and it made everything taste SO good. It made the other components sing.

I also like to salt the tomatoes and let them chill on a paper towel a little bit. It makes them a teeny bit less juicy. Not dry, no. Just manageable. 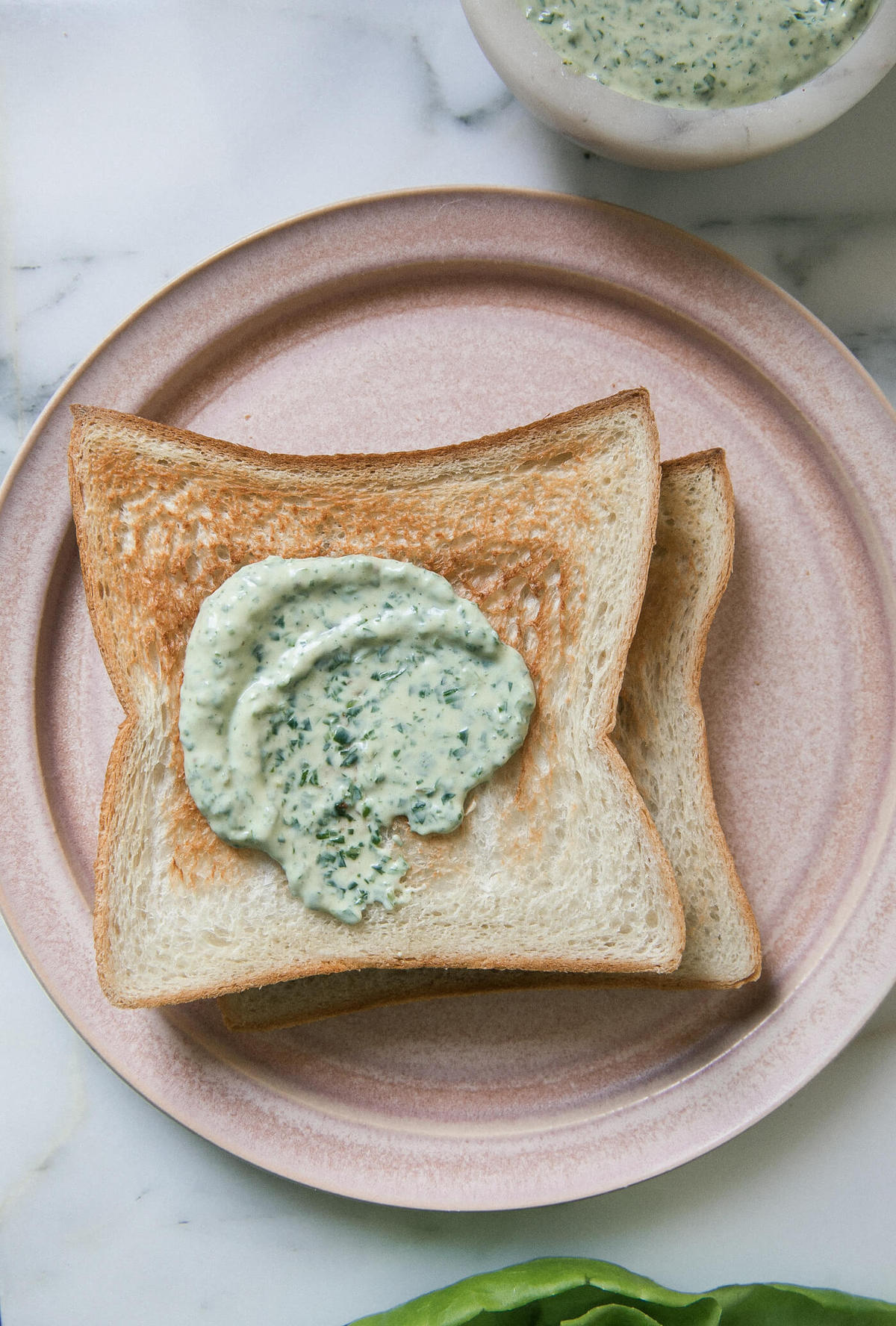 I also wanted to create waves in the bacon, like those 90s commercials. Billy told me this trick about creating these large creases in the foil so they have “waves.” I was like hmm…is this gonna work? 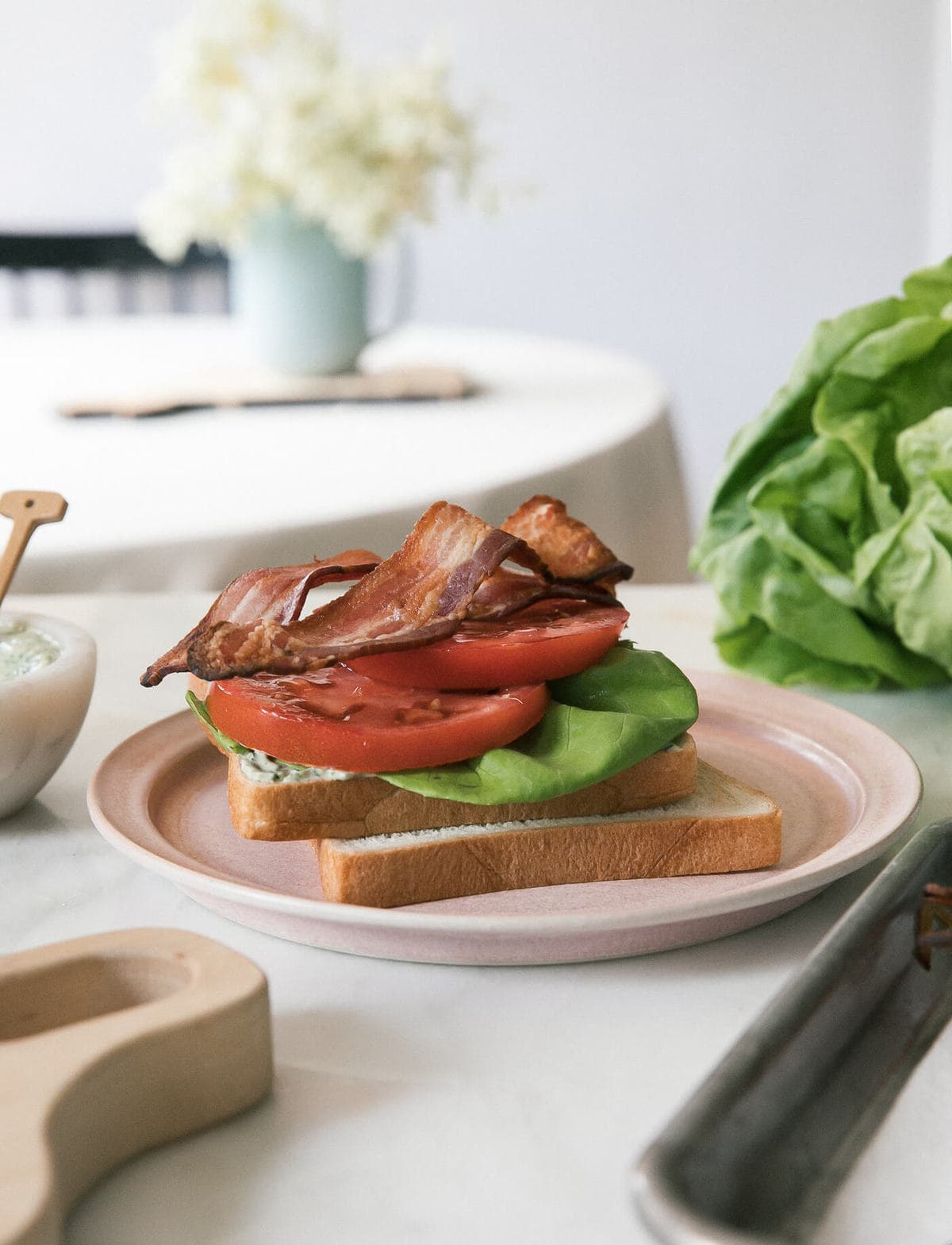 Well it did. Of course, we didn’t want unnatural waves. You could create waves with foil tubes, blah blah. We’re not food stylists on commercials shoots here, we’re just home cooks trying to make wavy-ish bacon. I found this method to be super easy and chill and effective. 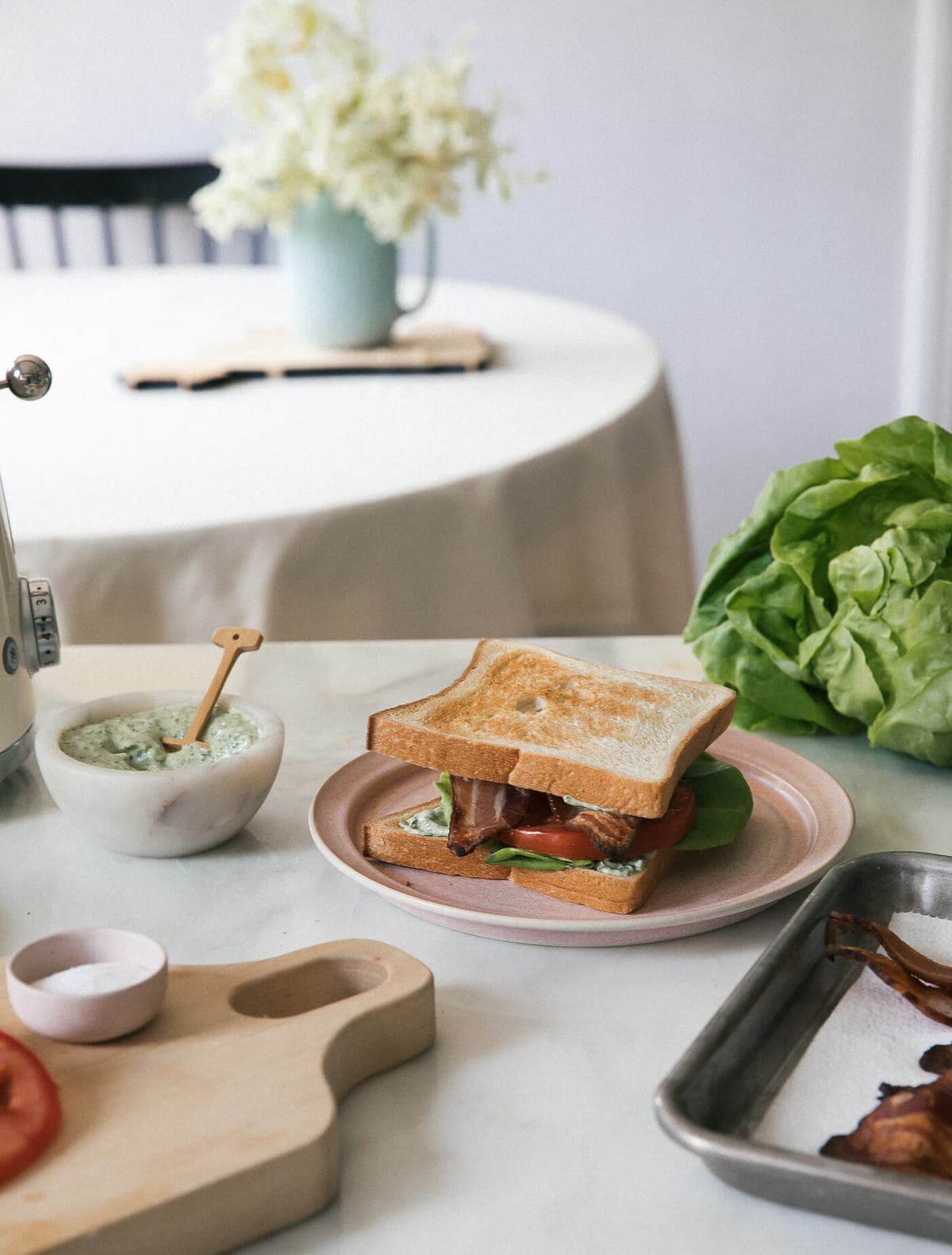 Wavy bacon looks cute, but does not affect the flavor so don’t worry if you don’t want to do it.

Ok that’s it! These are some of my opinions on BLTs and here is a recipe for green goddess mayo. But really, you don’t need this “recipe” for a BLT because you know exactly what you’re doing.

If you have any special tricks, BLT memories, leave them below. 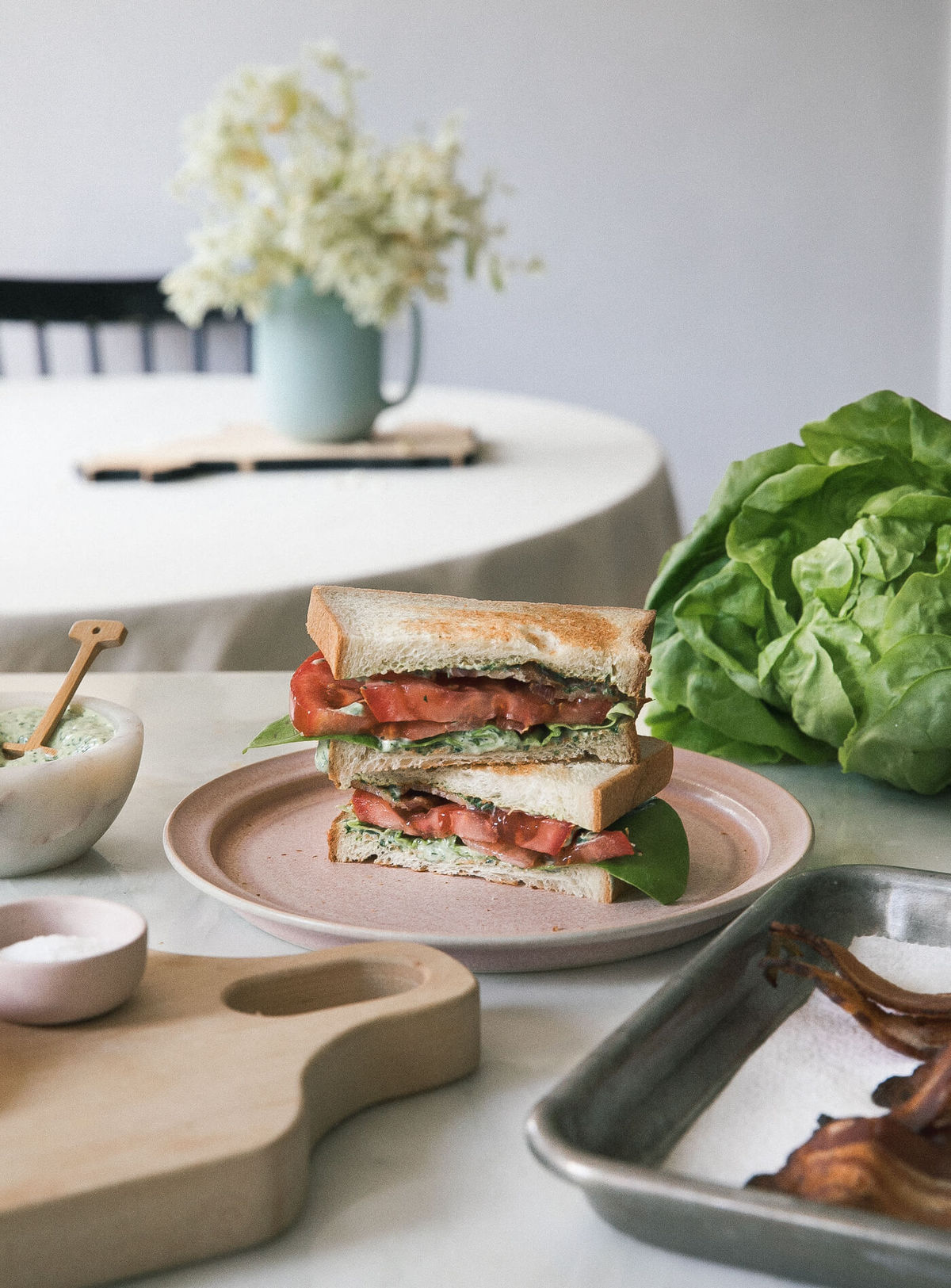 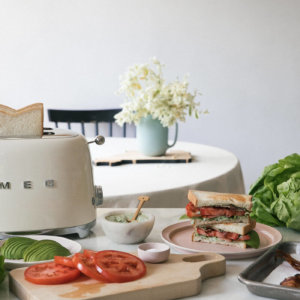 To Make the Green Goddess Mayo:

To Make the Sandwich:

Any leftover Green Goddess Mayo can be kept in the fridge for up to two weeks. I had extra and have been adding it to tuna salads, etc. It’s really good!
Did you make this recipe?Tag @acozykitchen on Instagram and hashtag it #acozykitchen
July 23, 2018 by Adrianna Adarme 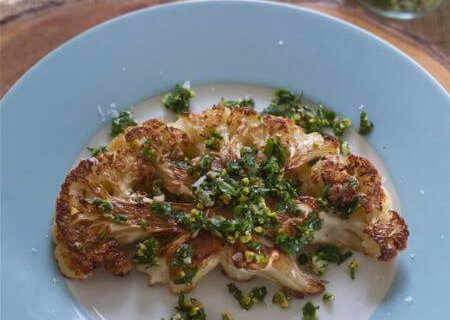 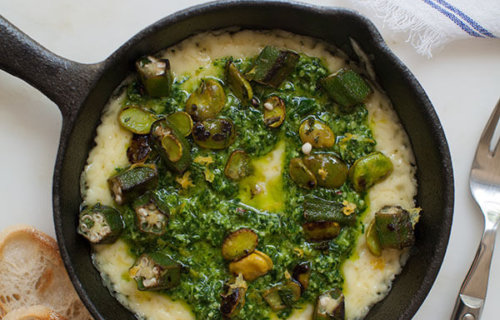 Raclette with Collard Green Pesto and Favas and Lemon 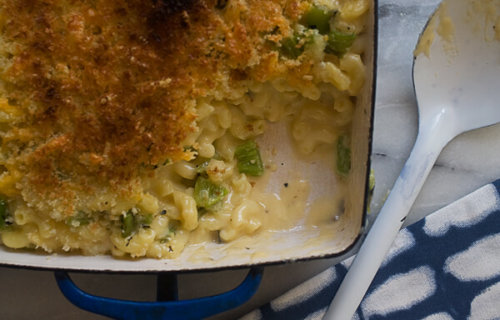