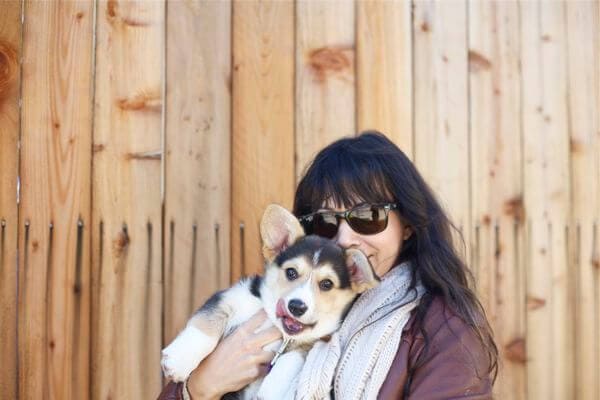 That’s right, Amelia…like Amelia Bedelia. Amelia is a really pretty name–it’s child-worthy, actually–but dude, did I loooove those books as a kid.

Amelia Bedelia did her housekeeping duties so literally, like that time she put sponges into a sponge cake. And this baby corgi is literally the cutest thing I’ve ever laid eyes on. The name fits.

When I first saw her, I cried. I’m guessing it was one part charming and one part terrifying. There was just so much raw Adrianna-LOVES-corgis-emotion running through my lil’ body that I just couldn’t help it.

This blog post is all about her first walk. I was an epic one. (Not really.) And I’d like to introduce you two… 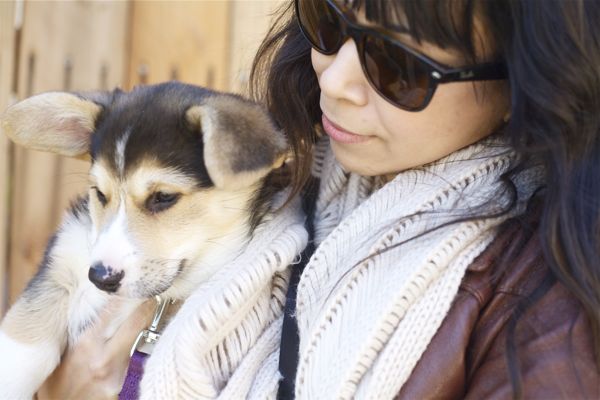 The thing about puppies that you don’t realize is that they’re like babies. BIG babies.

They need constant attention, they sleep in only 3-4 hour increments and they cry whenever they’re confused.

Amelia is incredibly confused about reflections. The mirror is her enemy!

Amelia is also confused with collars and walking in an orderly fashion. 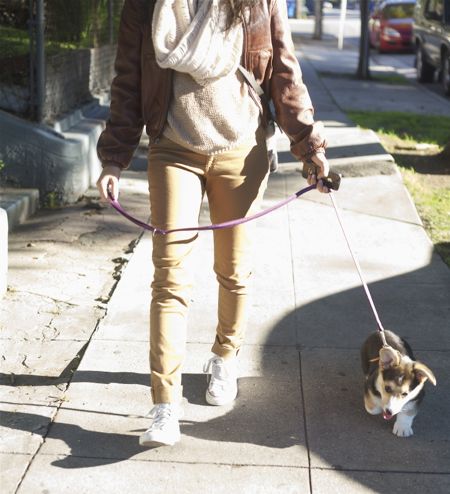 She’d much rather walk in a jig-jag pattern sans order.

She also doesn’t understand why she can’t chew my shoe laces as she’s walks down the street.

That would be an ideal situation for her! 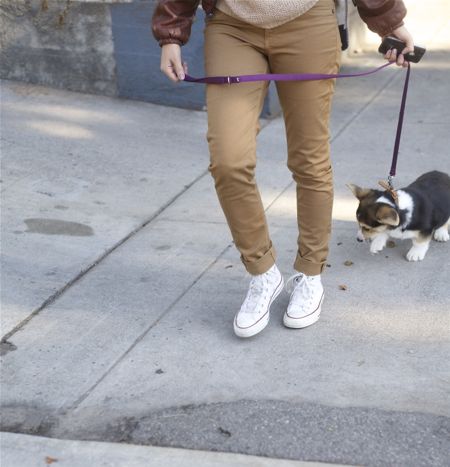 This is her “I think walking a lot is stupid” face. She’s tired and lazy and wants to take a break.

So she does. And looks ridiculously cute while doing so. 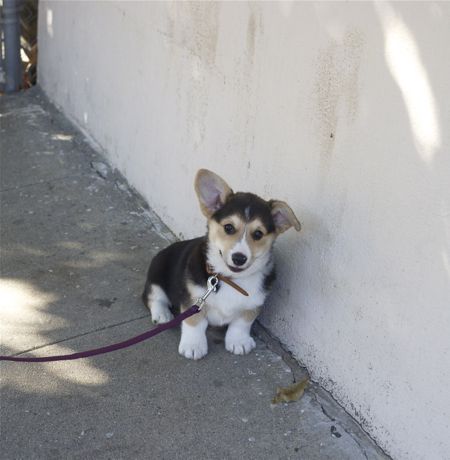 We called her name excitedly, tugged and pulled her collar with no luck. Amelia was tired, man. She was over it. So she got her way and was carried the rest of the way home.

I’ve never been so excited for the future.

Wishing you all the very best in 2013. Thank you so much for being here. I appreciate you! 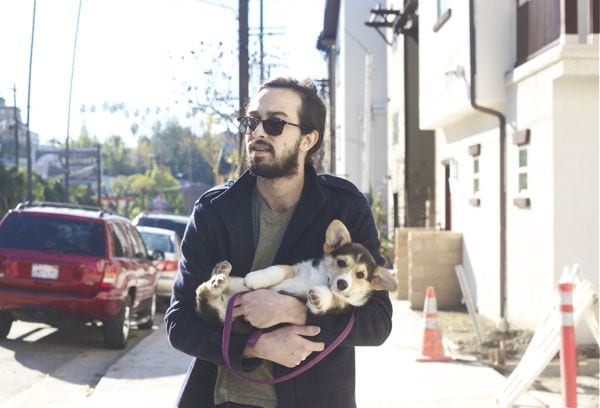