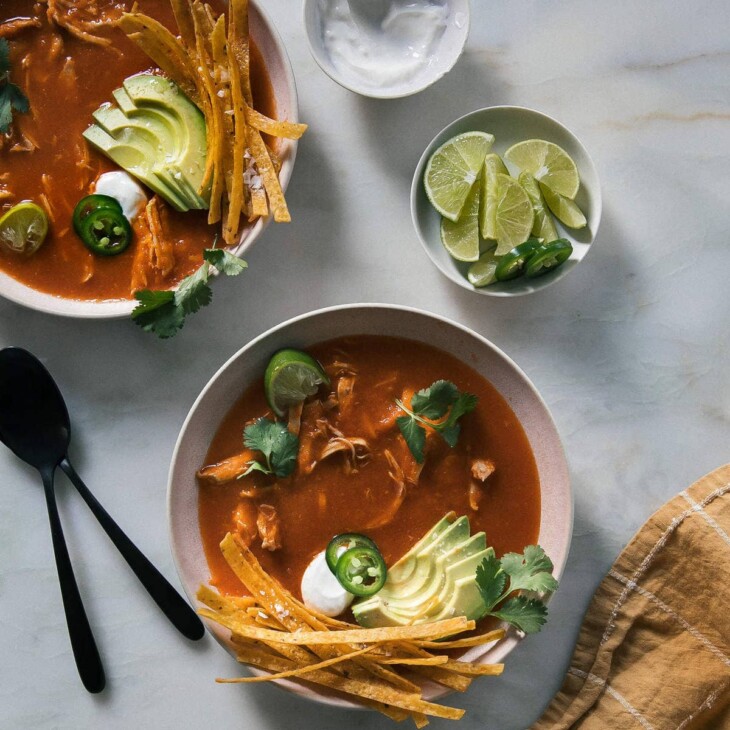 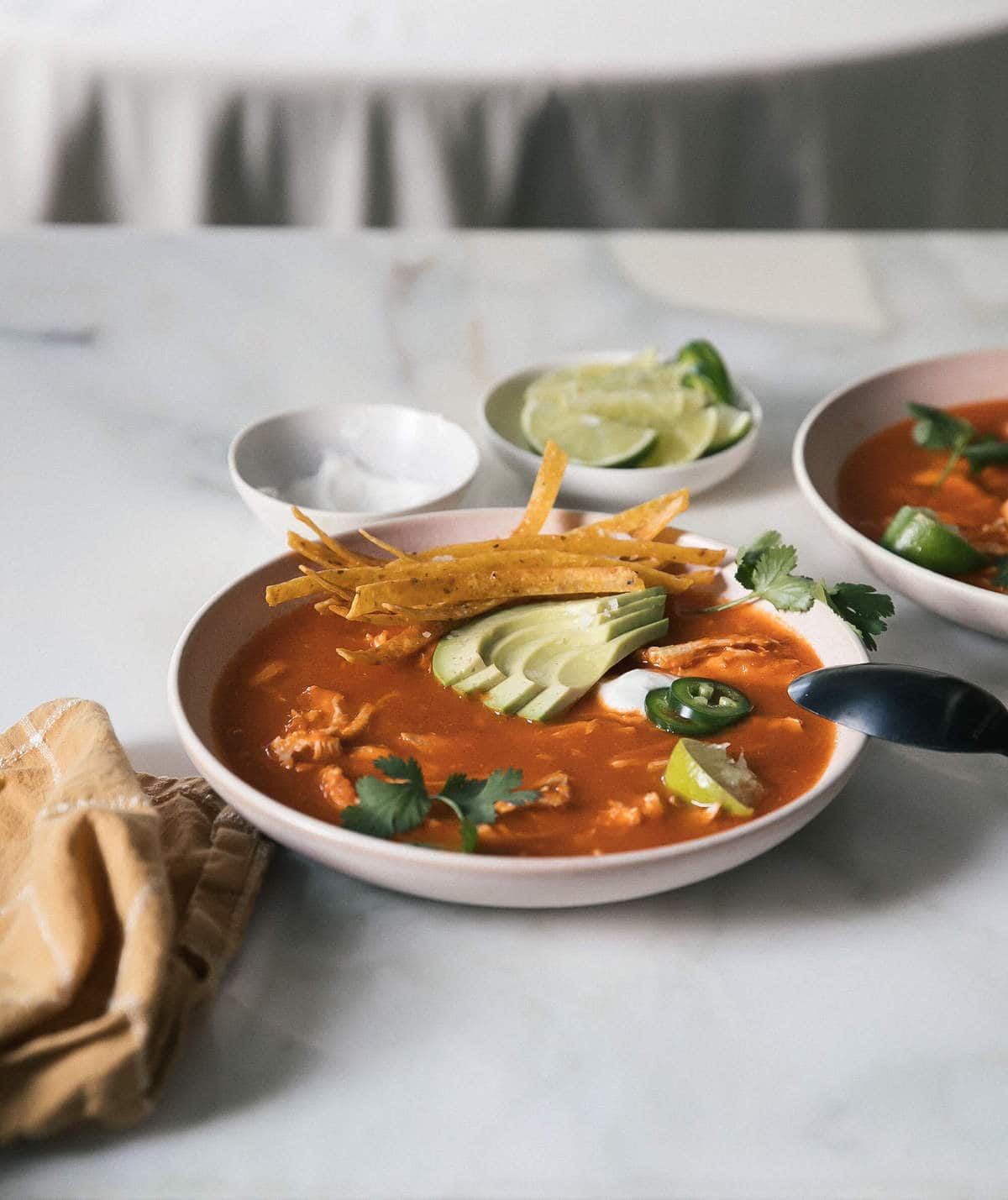 A soup party, that is.

I love tortilla soup. I am embarrassed to admit that my intro to tortilla soup wasn’t the most authentic experience. It was quite the opposite. It was when I worked at Alexander’s/Houstons and would steal little bowls of it and eat it in the back while I sat on boxes of napkins. I wasn’t the best employee, if I’m being totally honest, but I was about to graduate high school and felt like my whole world was going to change so I had a super “whatever” attitude.

When I went to make this, I wasn’t going after a super traditional version, though I did want to know the history. I found this article in the LA Times that speaks a bit about the history of tortilla soup. It’s super interesting a worth a read. 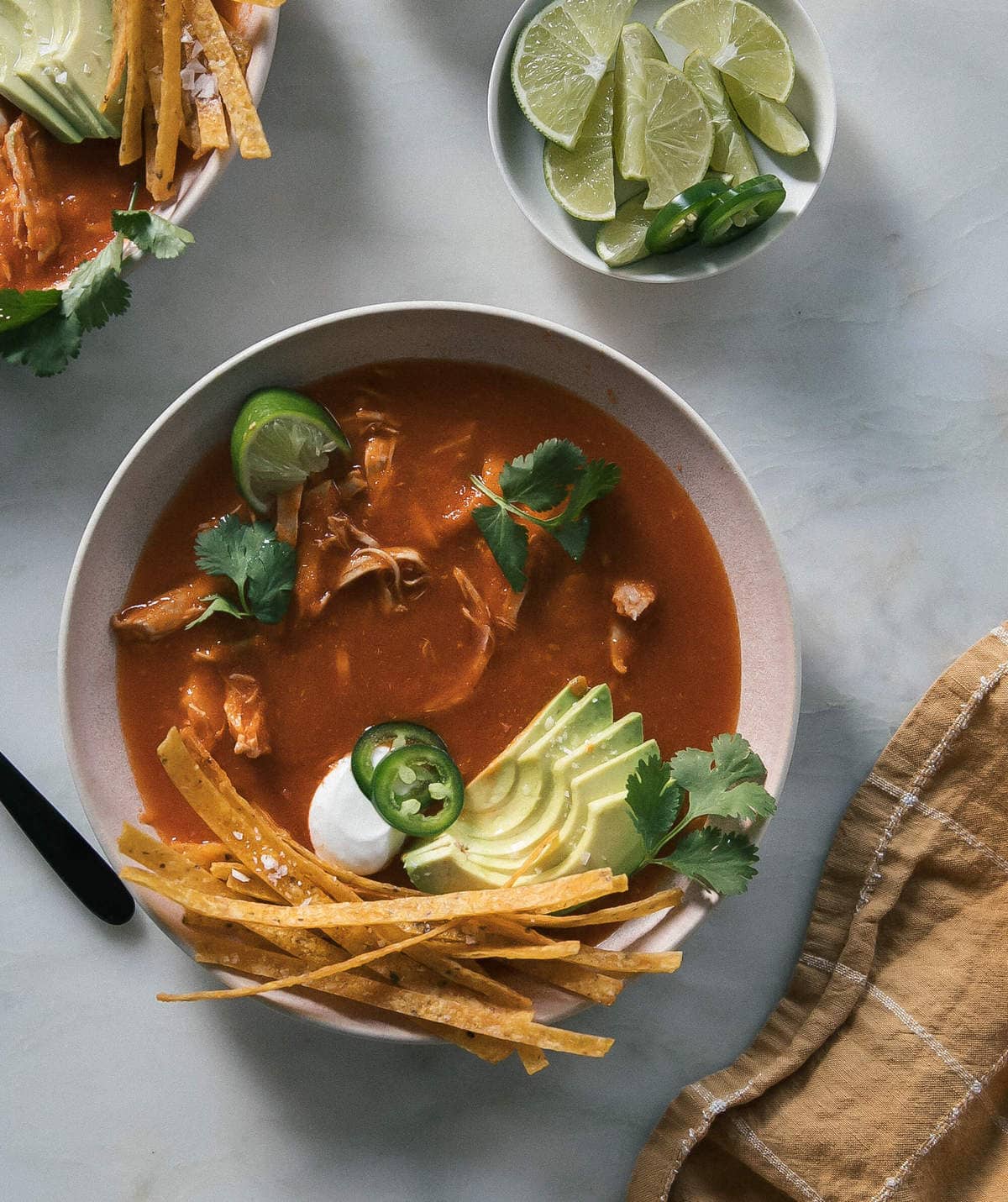 The History of Tortilla Soup!

To paraphrase, the exact origin can’t be traced per se. They think it started in Mexico City but maybe it didn’t. It made its way to California in the mid 20th century and landed. The versions are definitely different. Mint was added, tortillas were ground up in the base of the soup (which honestly sounds delicious). It went and evolved through various iterations. Some families make it certain ways and others make it differently. People have made it theirs.

I think food history is super fascinating and love the stories of trying to trace them back to their original place. 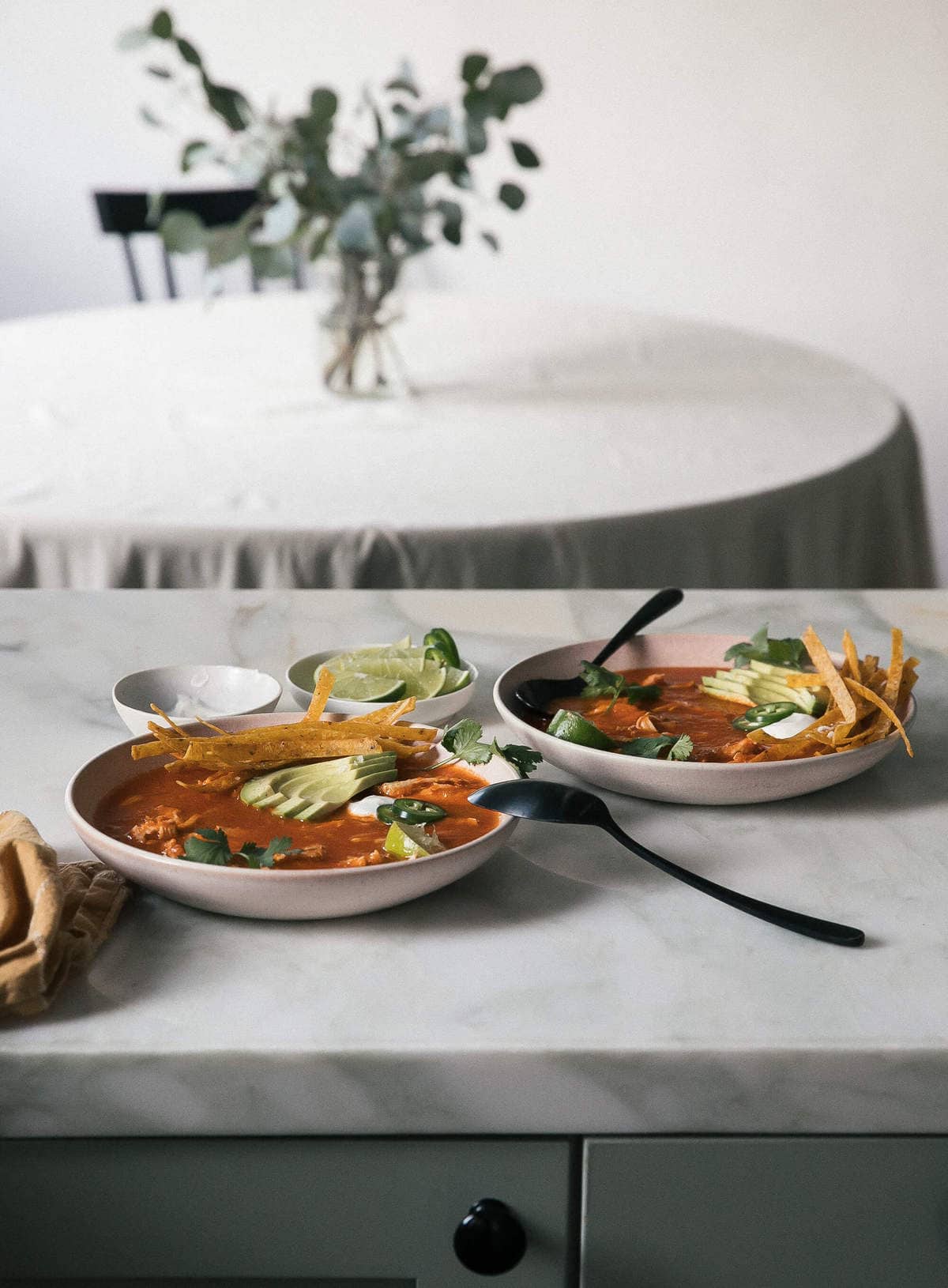 This Version is Somewhat Classic!

This version you see here is quite modern. It is classic tortilla soup. I made it in my Instant Pot, but I have also included directions on how to make it with just a regular pot, too.

I know we’re about to be deep into holiday recipes but I can’t eat cake for breakfast every night. This soup was a nice healthy-ish respite from all the sugar. It was very welcomed.

If you know more info on tortilla soup, leave it below!

To Fry up the Tortilla Strips:

If you’re looking for more soup recipes, right this way! 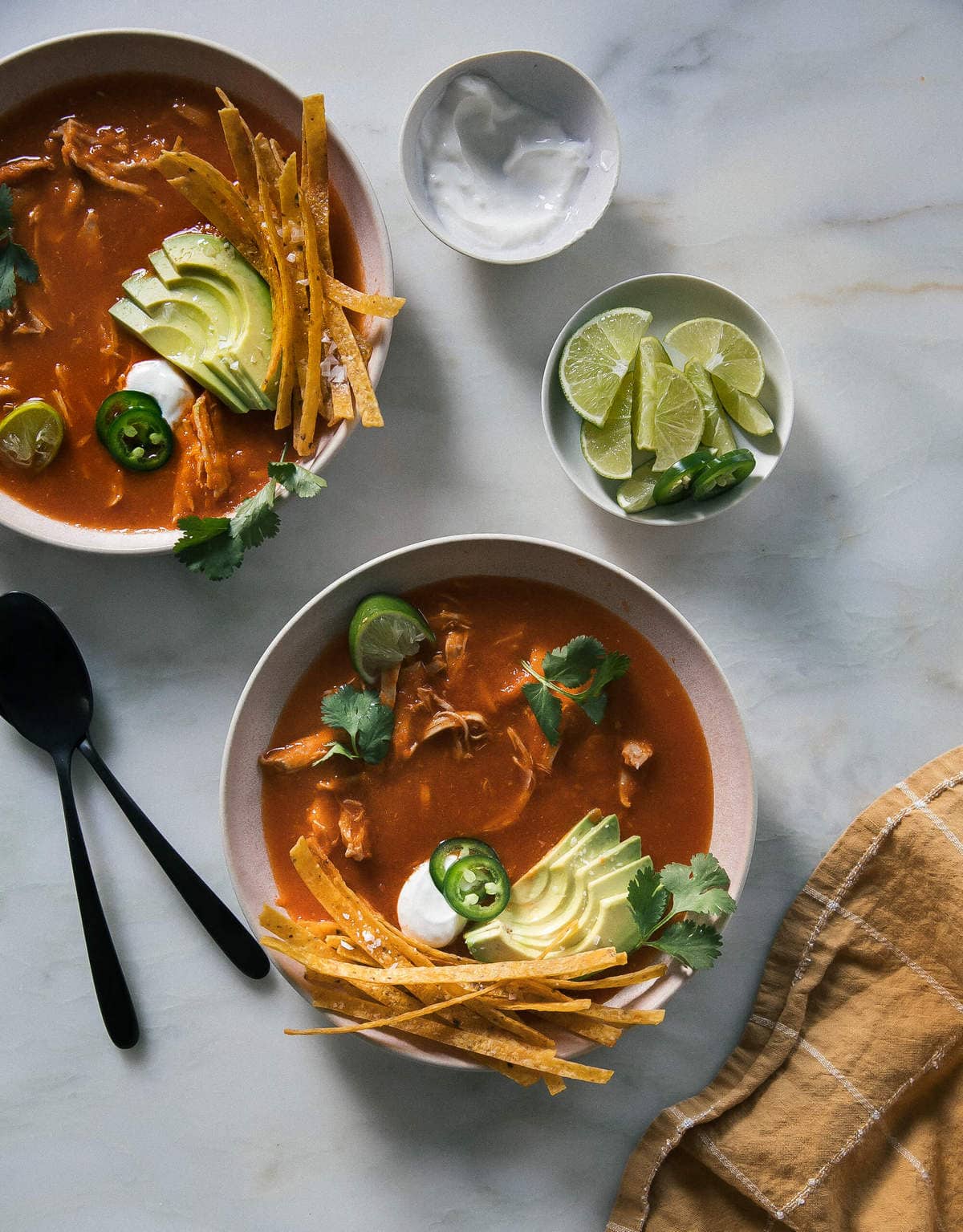