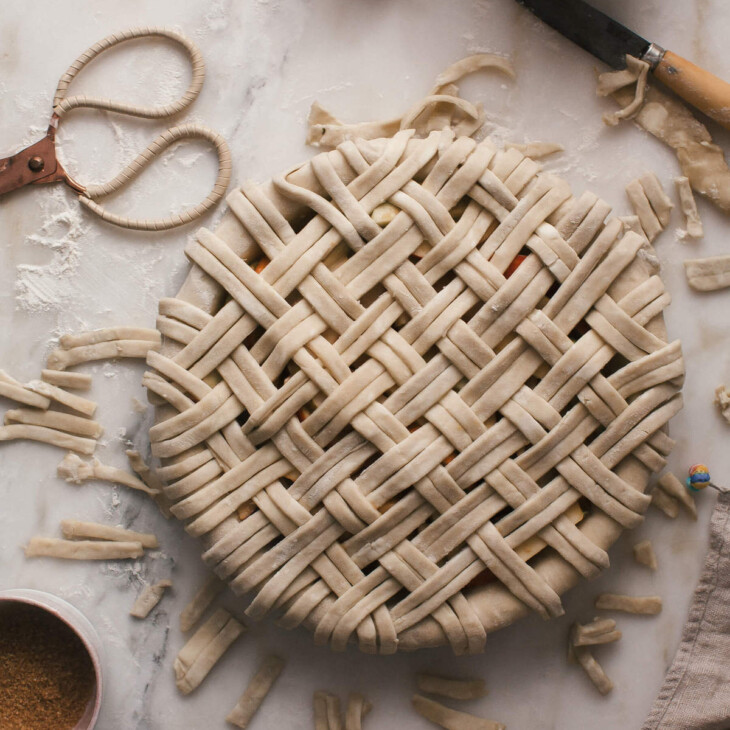 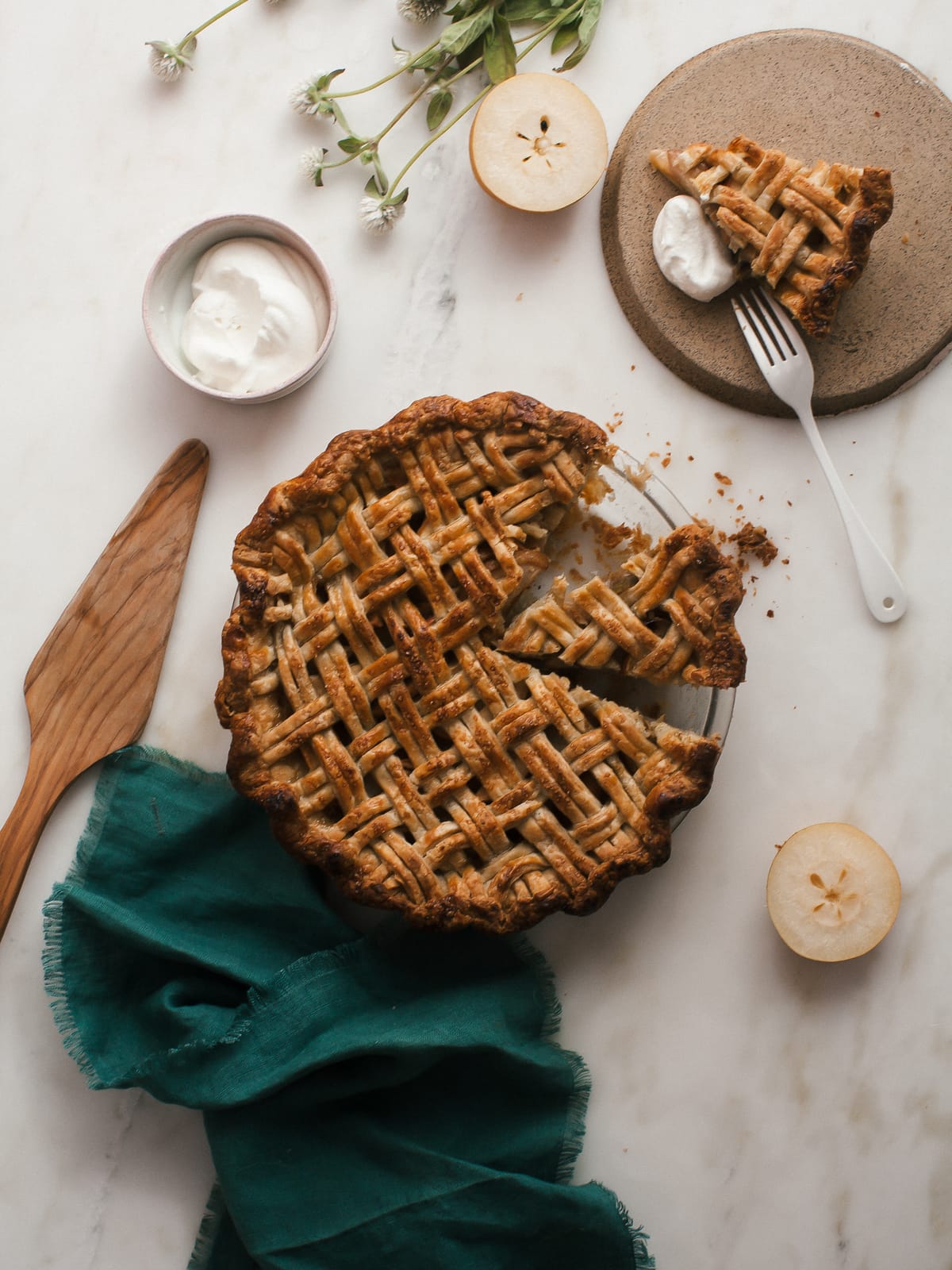 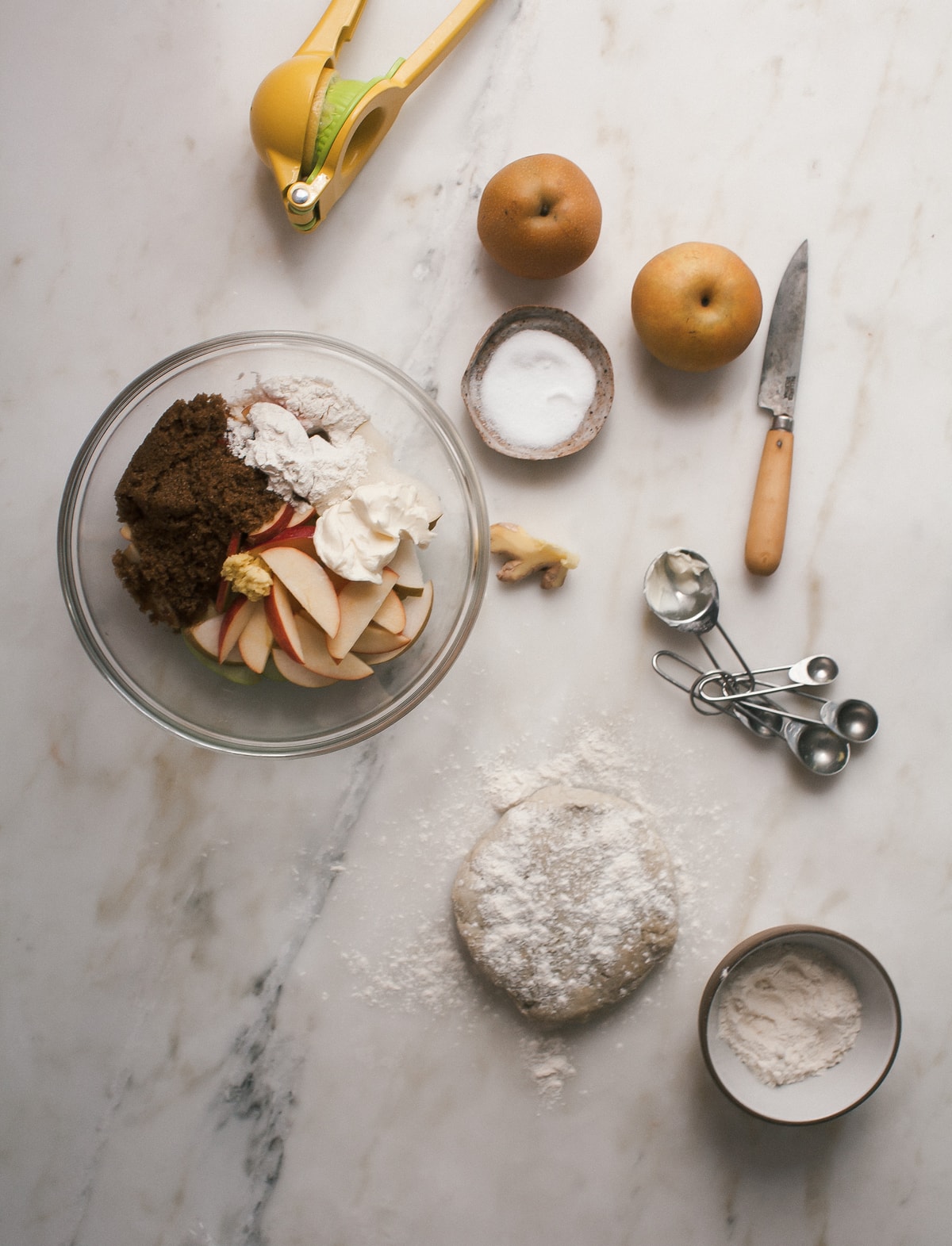 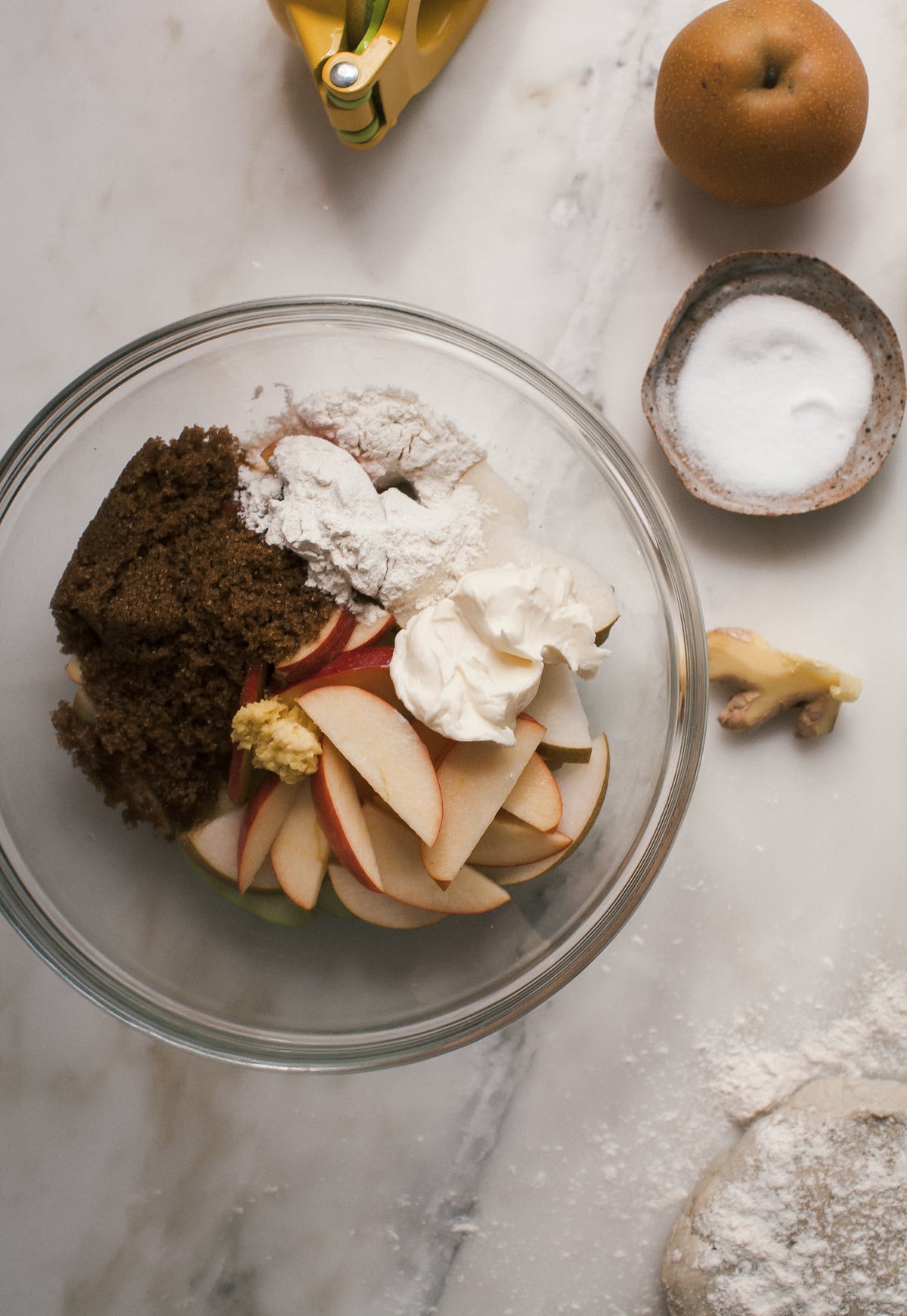 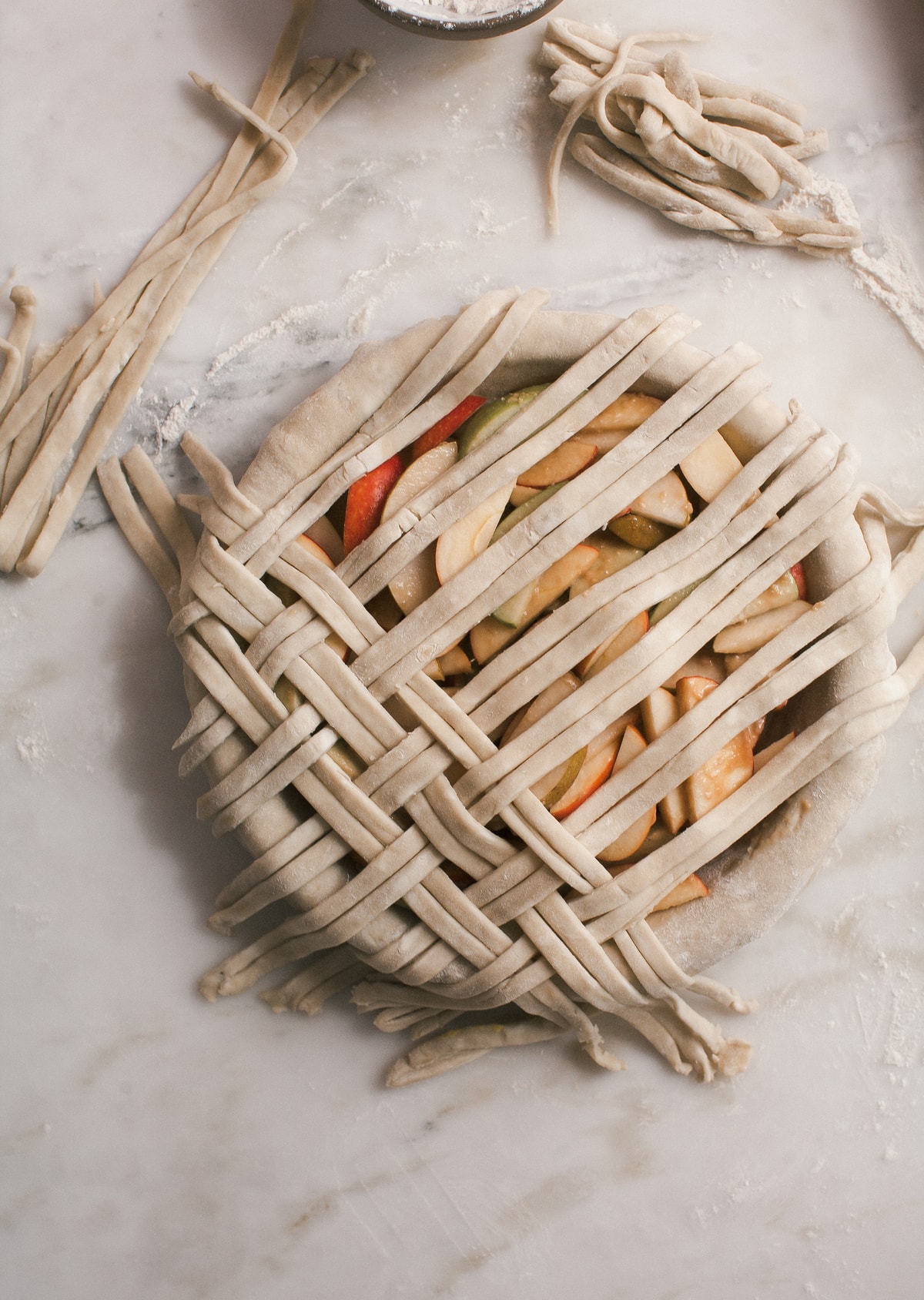 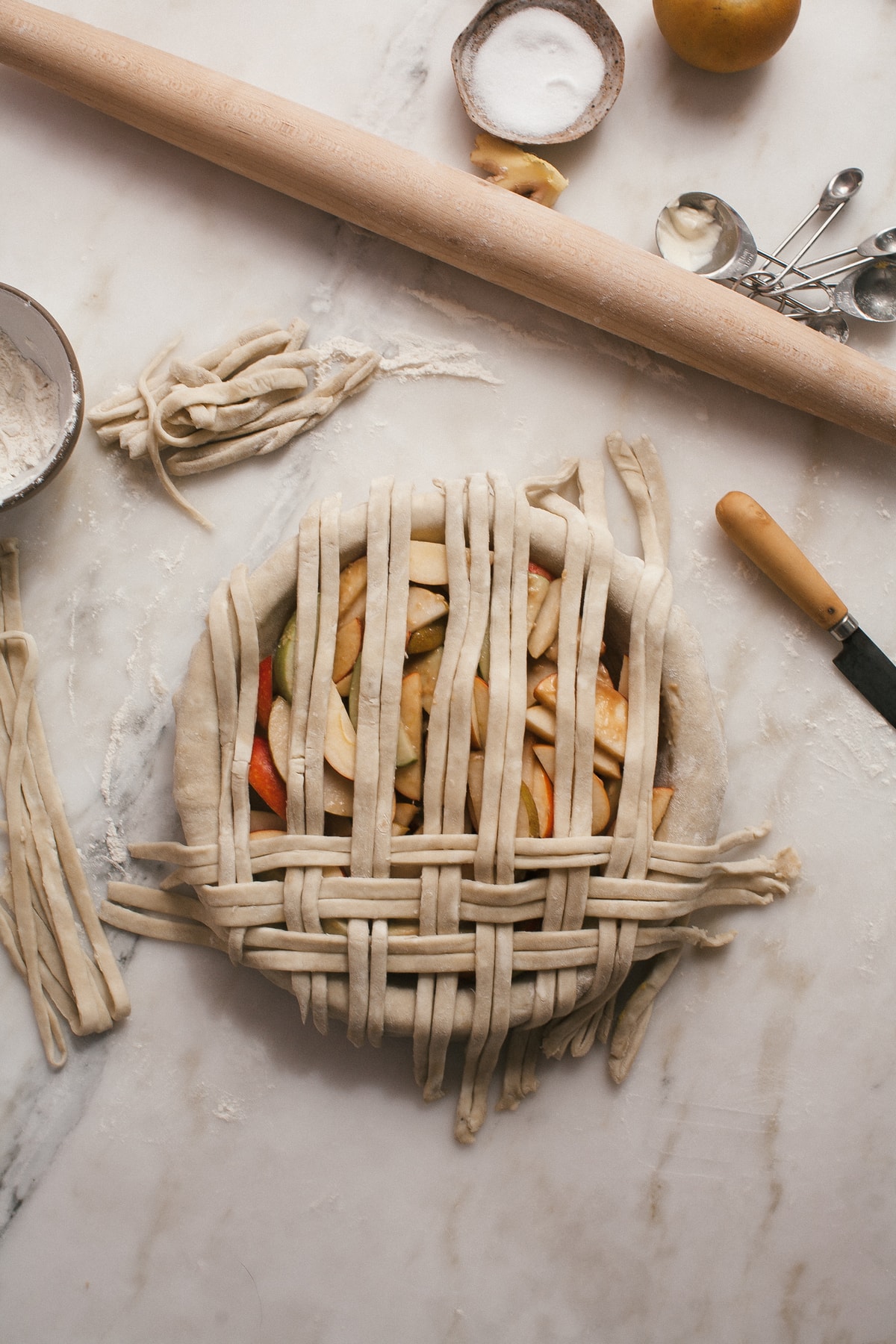 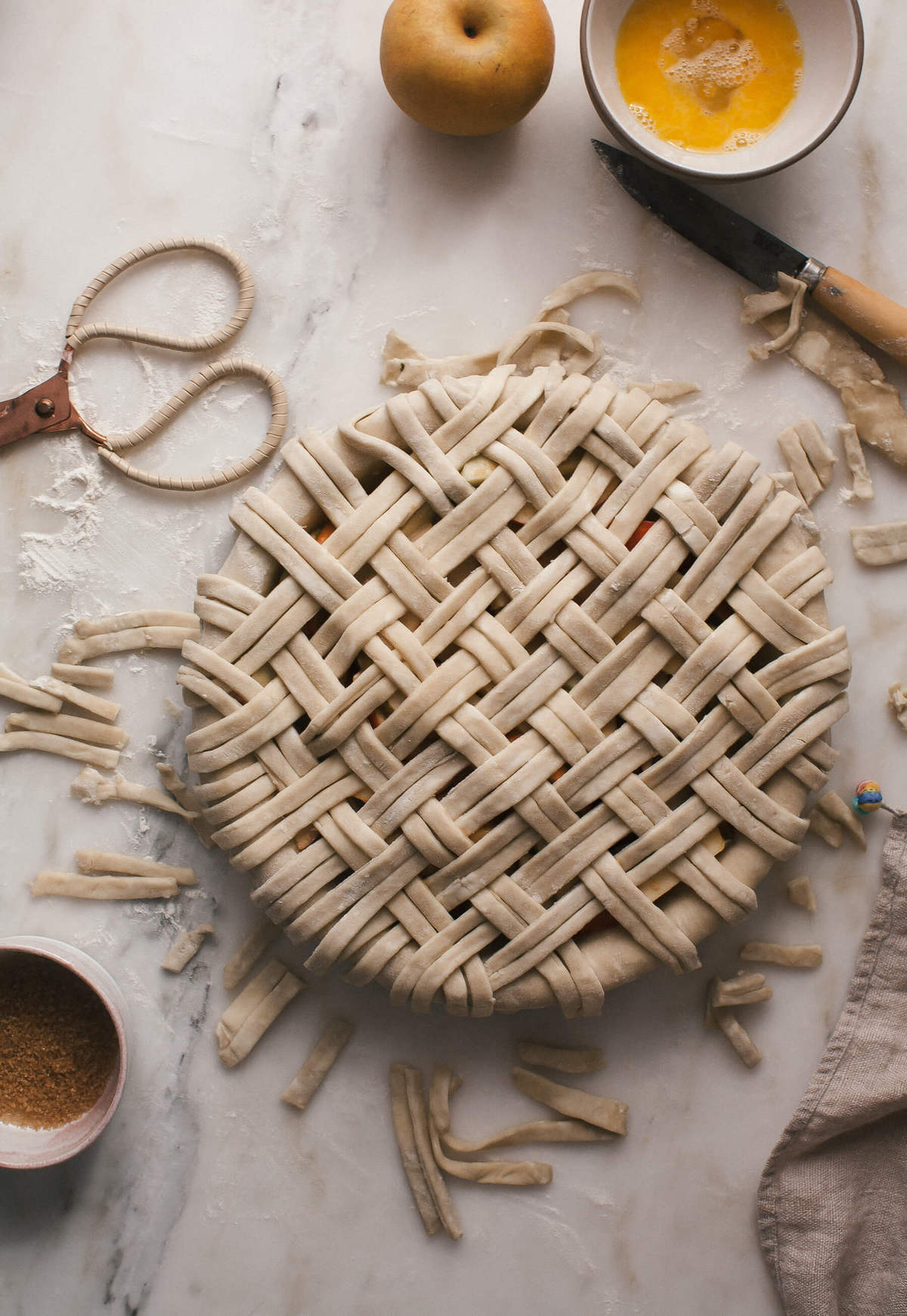 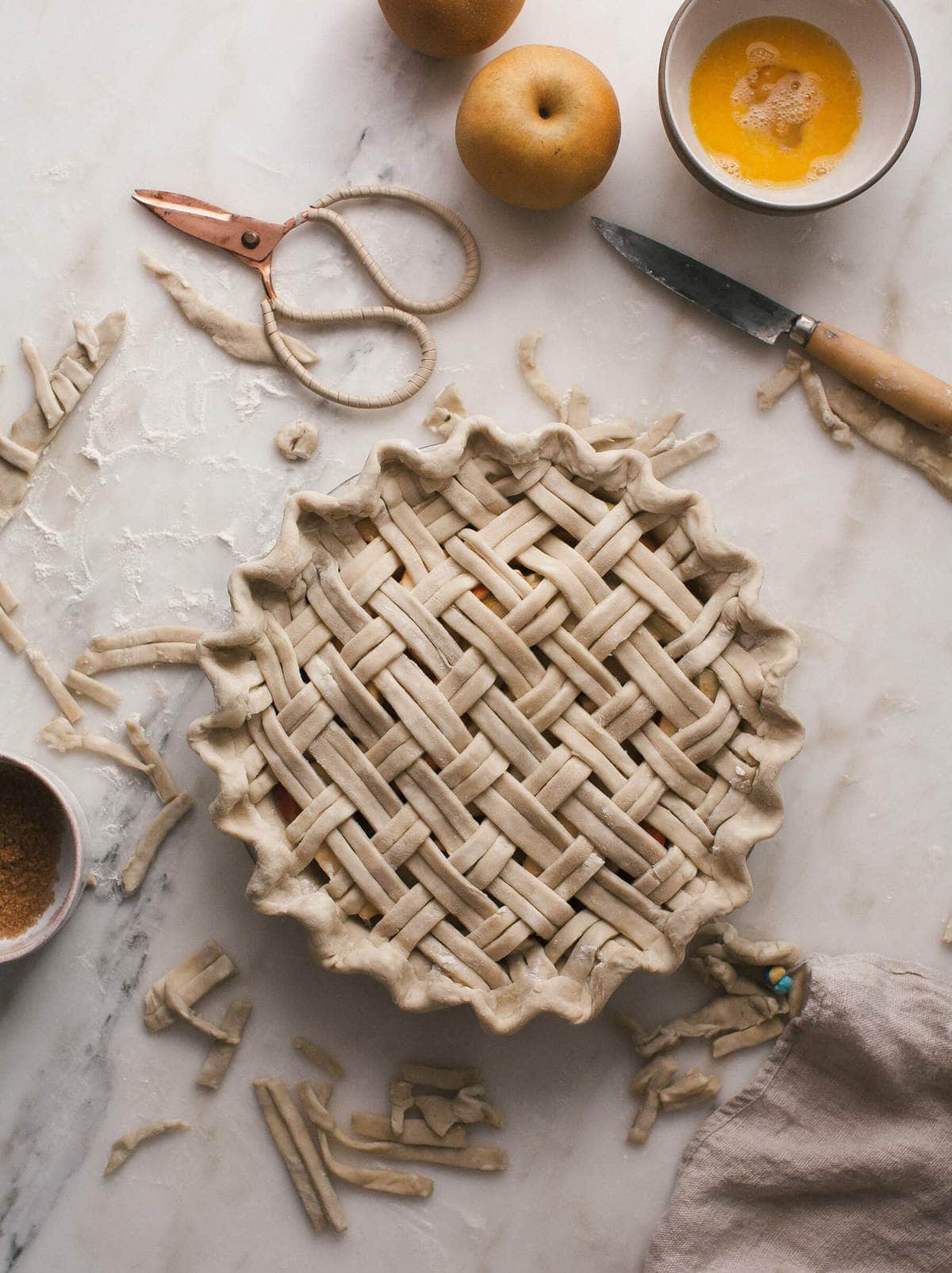 *I don’t peel my apples but you’re welcome to if you like. I personally like the texture. *I did, however, peel the Asian pears because their skin is a bit tougher. *If you want to make this EXACT topping, you’ll need to make a larger amount of pie crust. Here’s the recipe for the triple pie crust. *Easily make this an all apple pie. OR if you can’t find Asian pears, replace them with Bosc pears. 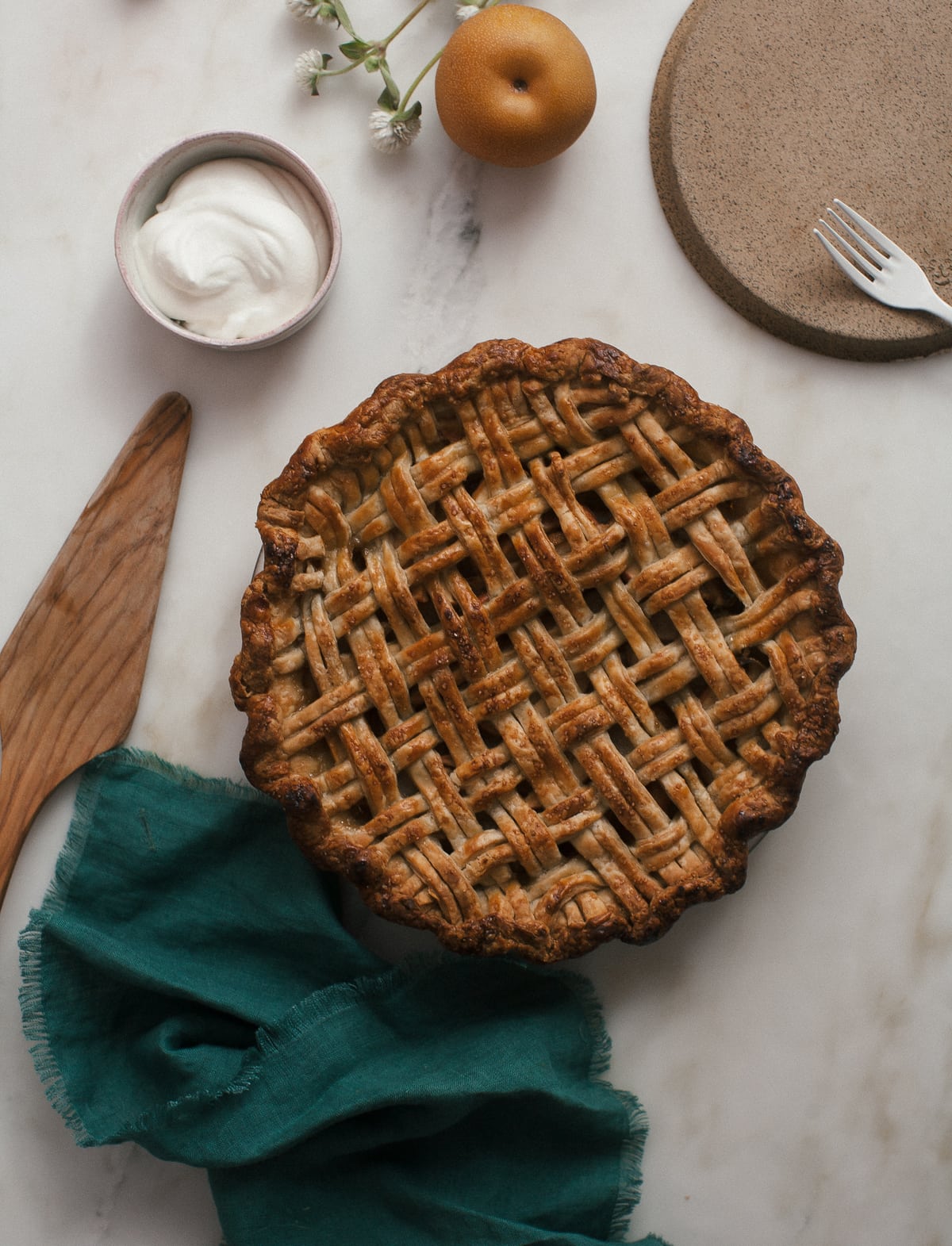