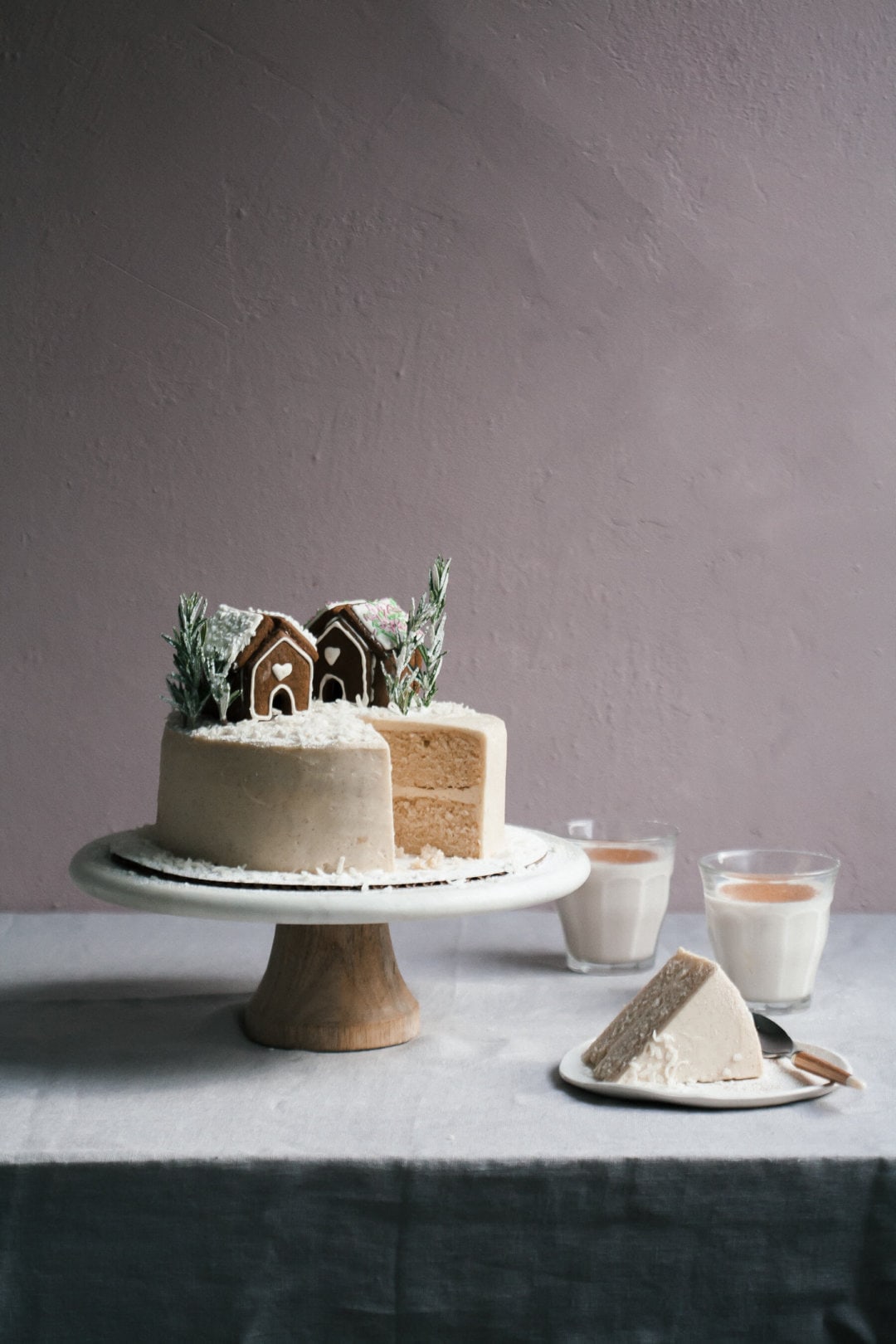 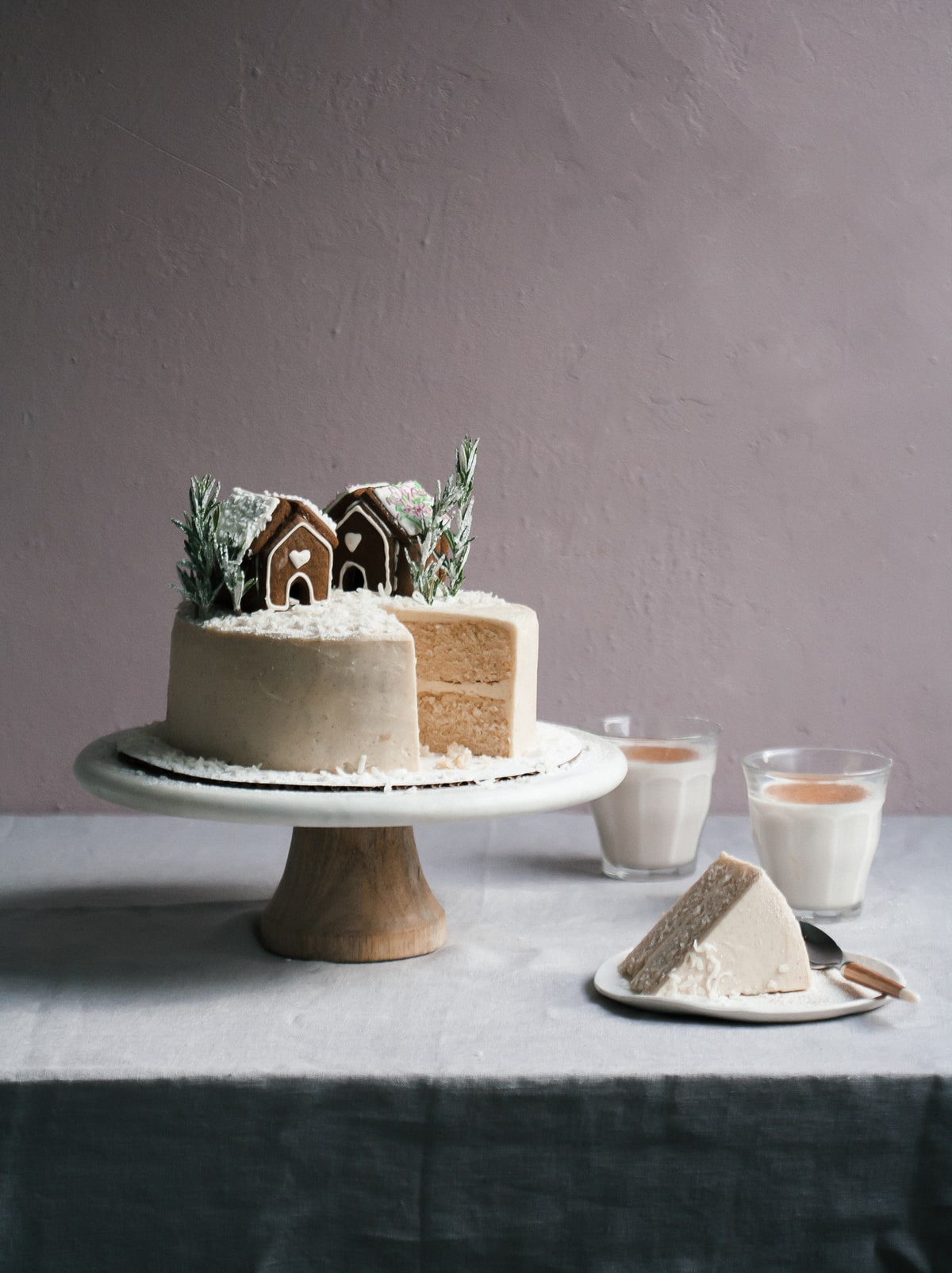 These past few days have been quite leisure. The emails have slowed. The deadlines have been met and everyone seems to be winding down for the holiday season. I am completely ready.

I have been chilling in sweats and watching episodes of The View and The Great Holiday Baking Show while I bake the day away.

I’ve already kinda made enough content for the month of December so these past few days have just been things I’ve wanted to bake. And this horchata cake was on that list!

I thought about it long and hard because the big question has always been: How do I get it taste like horchata…? 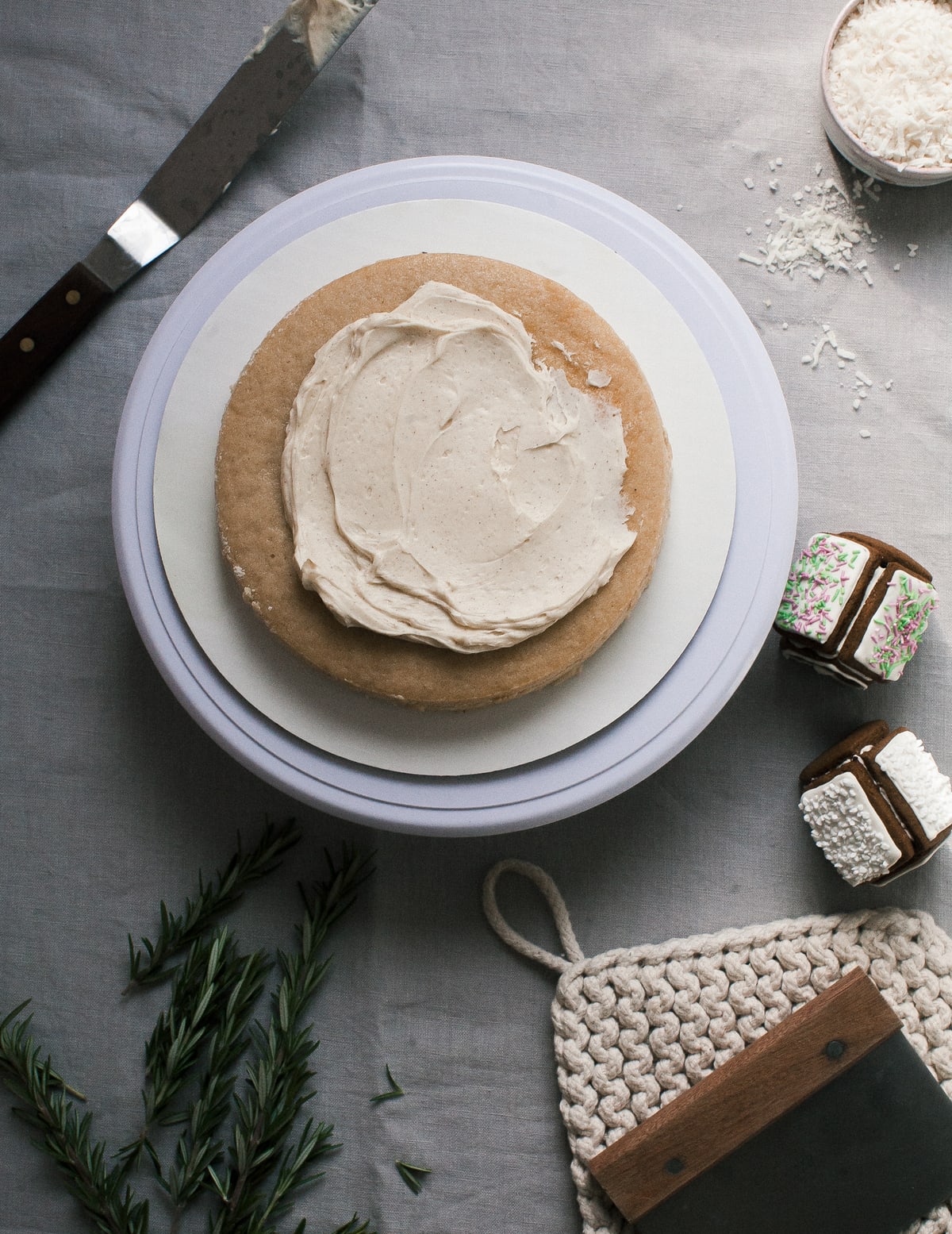 Initially I made horchata and incorporated it into the cake batter and you know what? It wasn’t worth the extra step. I couldn’t taste it. And I liked the cake with regular milk better. The texture is better.

SO, instead I added some cinnamon to the cake batter and added some almond meal to give it a bit of texture. It worked out great!

I then concentrated my efforts on the frosting.

I went to Guisados (if you live in LA, you’re probably/ hopefully very familiar!) to get some of their horchata. 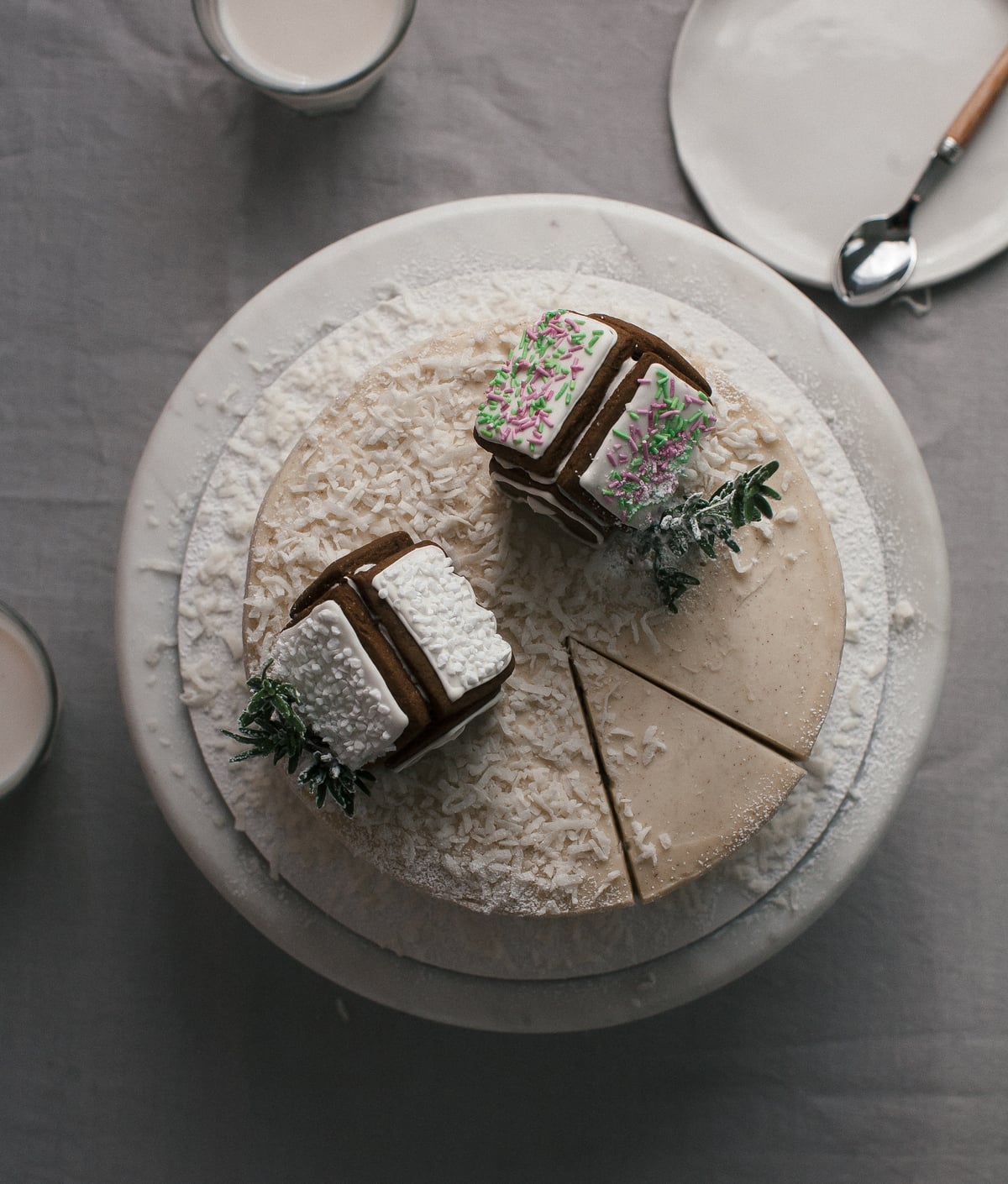 I cooked it down, skimmed off the milk skin (also known as nata in Spanish, which you are either an ardent fan of or think it’s totally vile; I’m in the latter group) and then added that to the frosting. BAM! Tastes like horchata.

If you use homemade horchata (I often time use this easy, straight-forward recipe), I suggest adding equal parts whole milk to it so it will cook down properly. If you go to a restaurant and buy horchata, it will most likely be made from a powdered mix that has rice flour, cinnamon and then they’ll add milk to that. This is what you want! It works great.

I topped the cake with mini gingerbread houses and made trees out of rosemary dusted in powdered sugar BC Christmas. 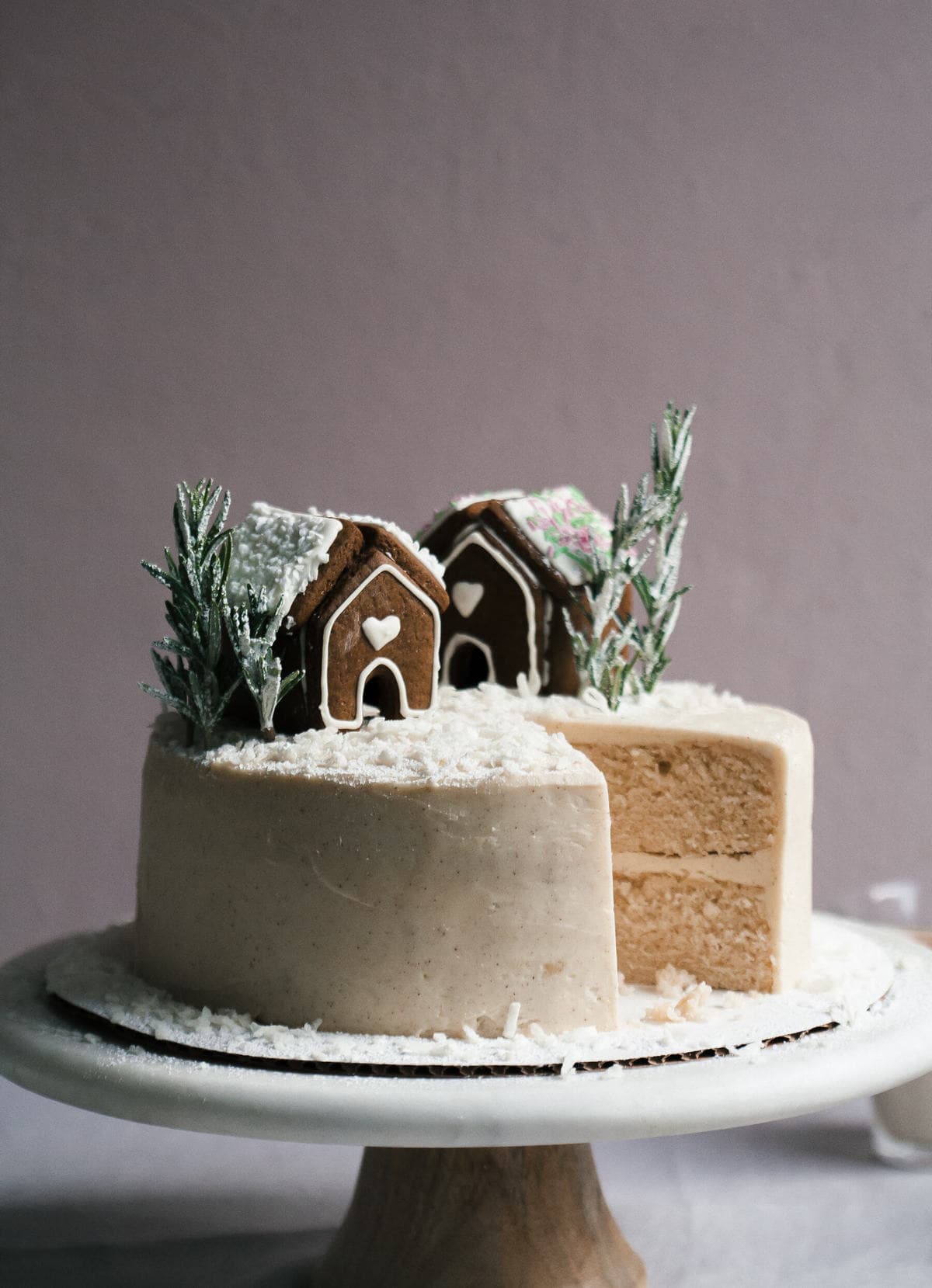 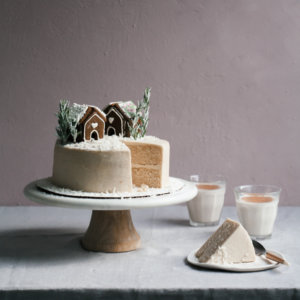 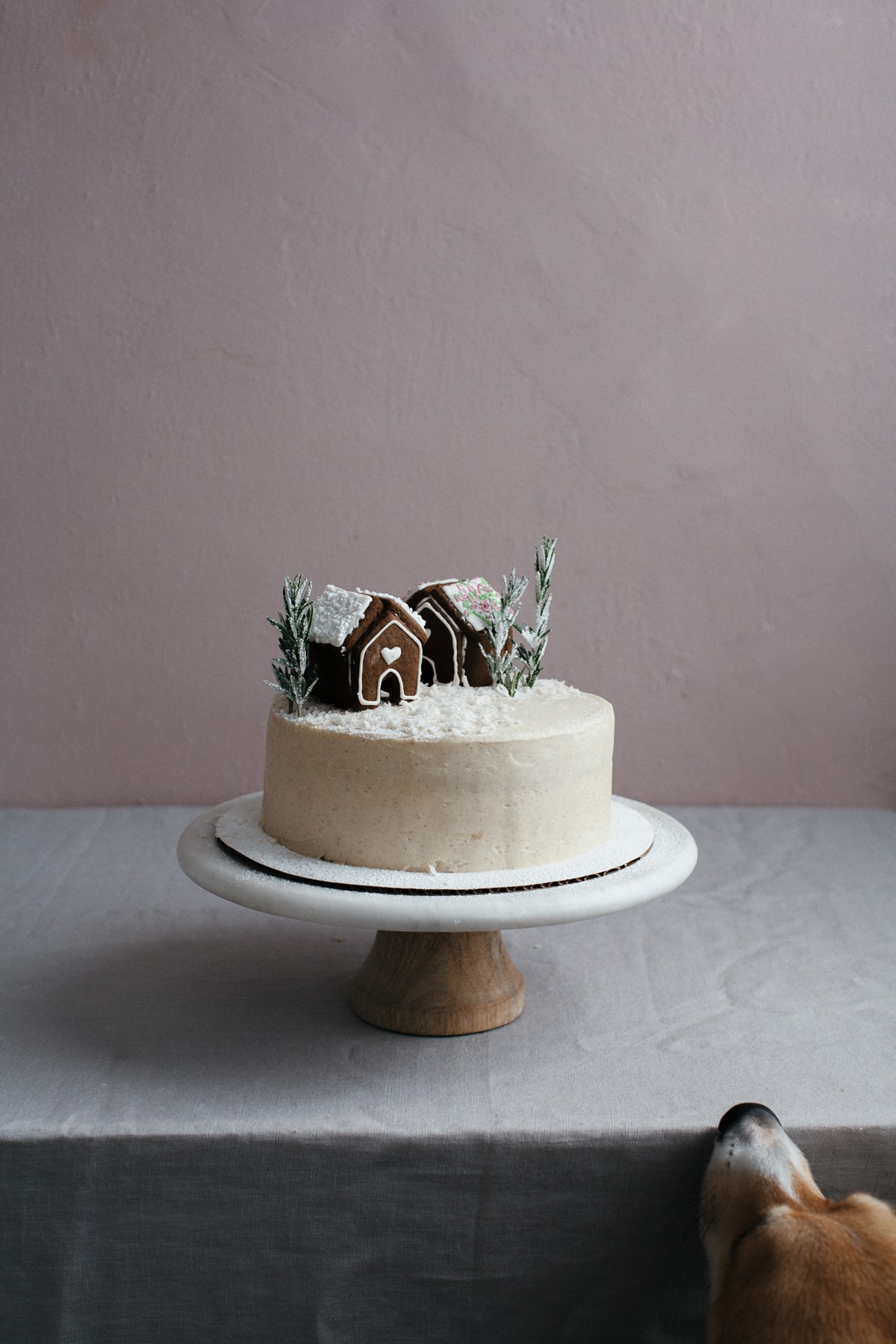 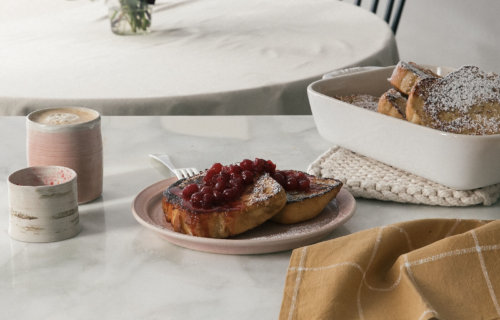 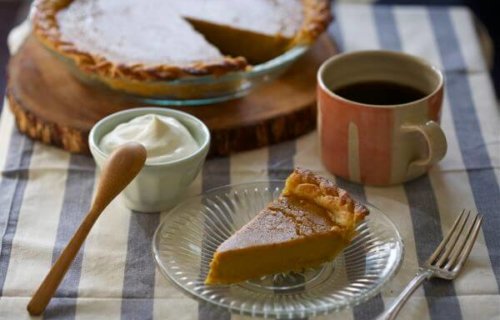 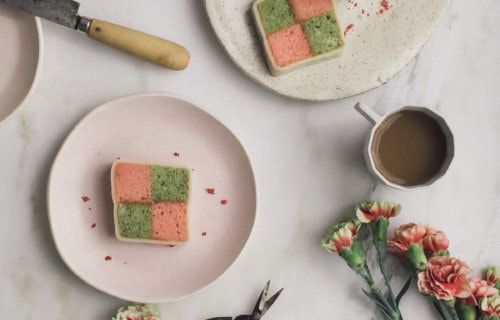