Published Dec 12, 2017Last Updated Nov 30, 2020
Jump to Recipe
Pin RecipeLeave a Comment
Hiiiii! Now that work has started to slow down and I can concentrate on being festive AF, I have decided to list some of my favorite Christmas/Holiday movies. And then maybe you can tell me your…
Prep Time: 20 minutes
Cook Time: 20 minutes 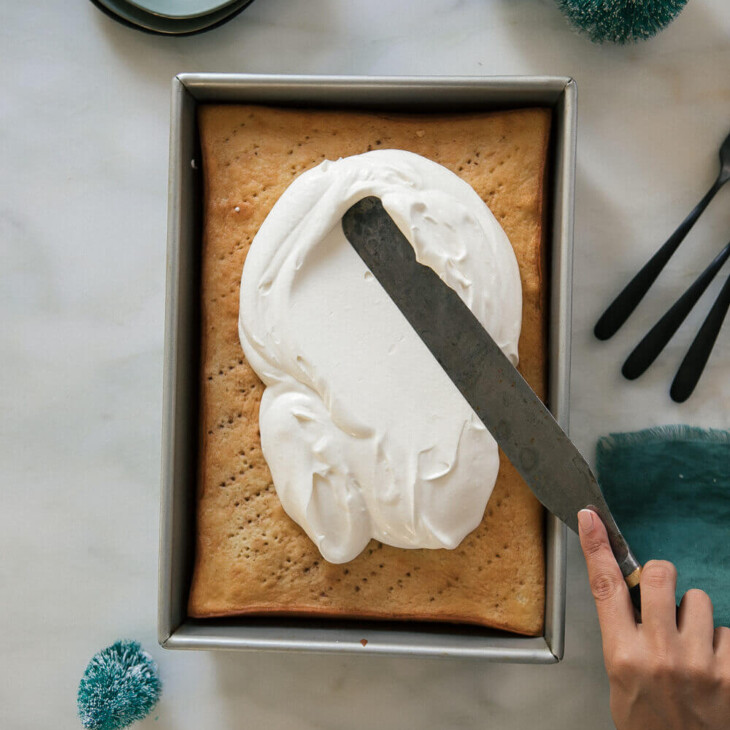 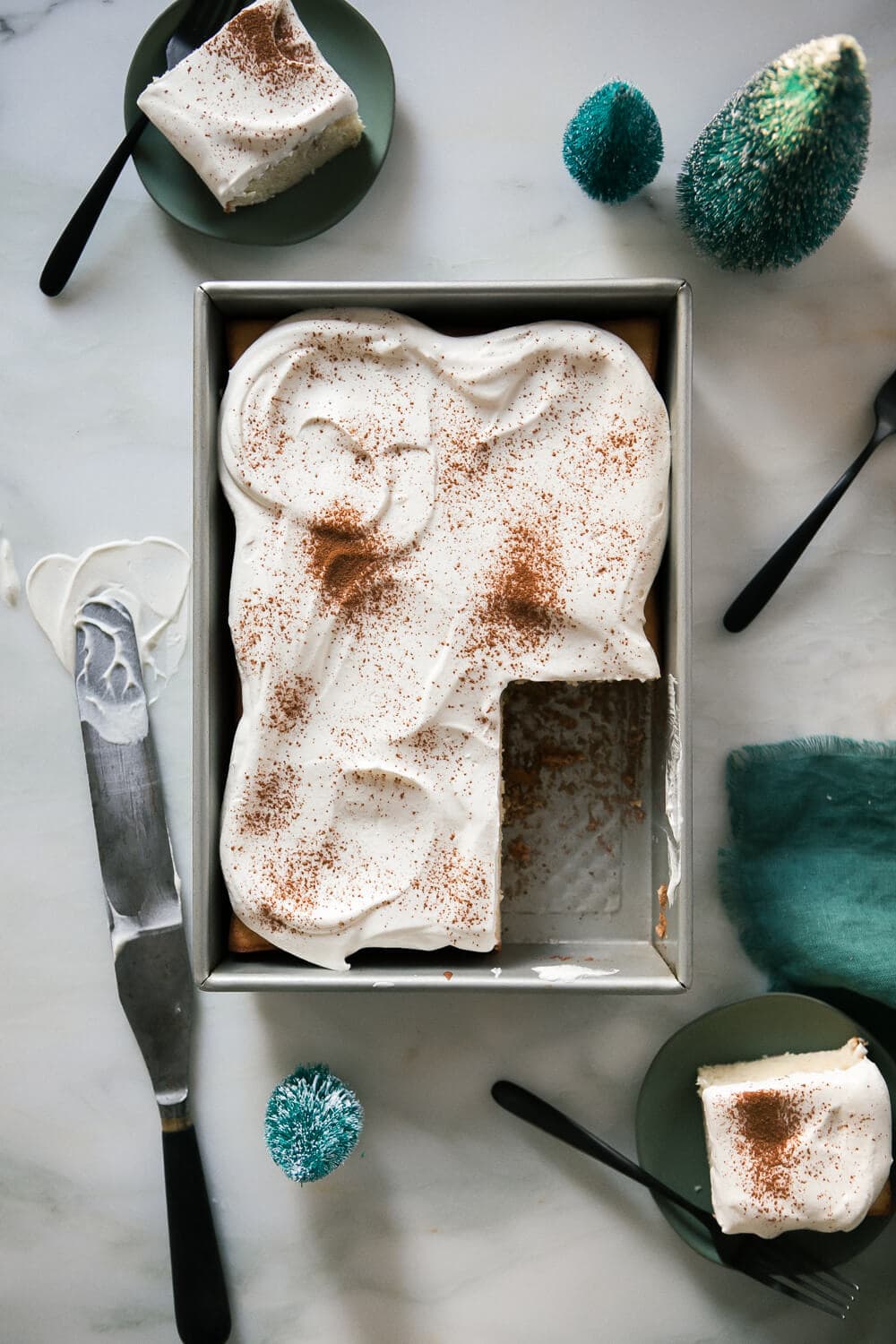 Now that work has started to slow down and I can concentrate on being festive AF, I have decided to list some of my favorite Christmas/Holiday movies. And then maybe you can tell me your favorites because for the next couple of weeks I am preparing myself to just chill and watch movies. And maybe bake a few things, sparingly.

1. Little Women – Winona Ryder at her best. Kirsten Dunst SO YOUNG. Annie McDowell love her!
2. It’s a Wonderful Life – I maybe know every word to this movie. Take a wild guess who currently reminds me of Mr. Potter? Lol.
3. Elf – I mean, it’s just a classic.
4. Home Alone – I still kinda almost cry at the end when he sees the old man in church.
5. Love Actually – Hugh Grant at his best—I miss him, wish he was still acting. 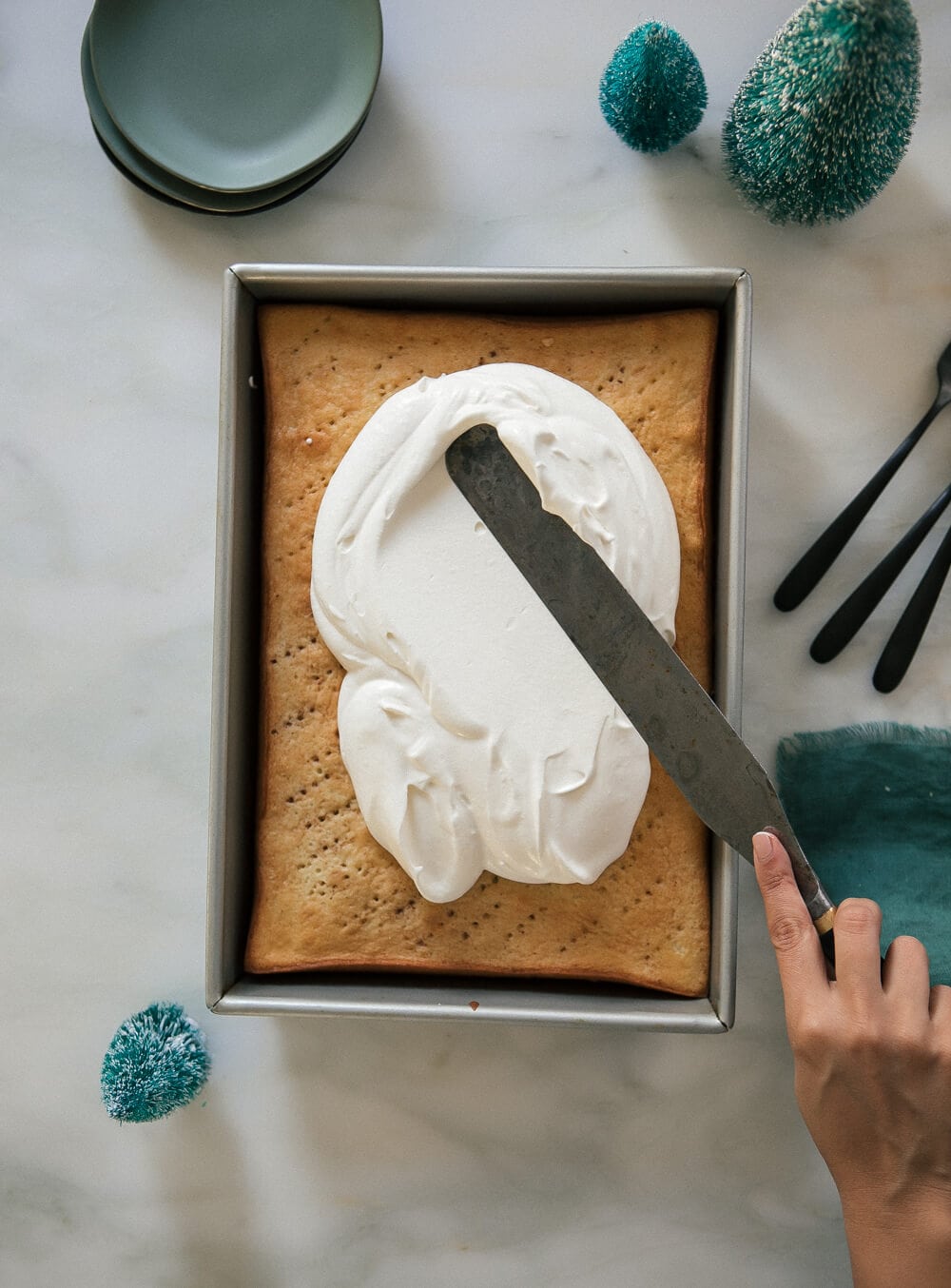 Am I missing any? I feel like I must be. Oh I was going to put The Christmas Story on there but honestly that movie always creeped me out. The dad and his creepy-ass obsession with the leg lamp; the mom washing out the kid’s mouth out with soap; and them having a depressing Christmas. That movie is a bummer. Maybe it’s more honest than most Christmas movies but I need some magic. 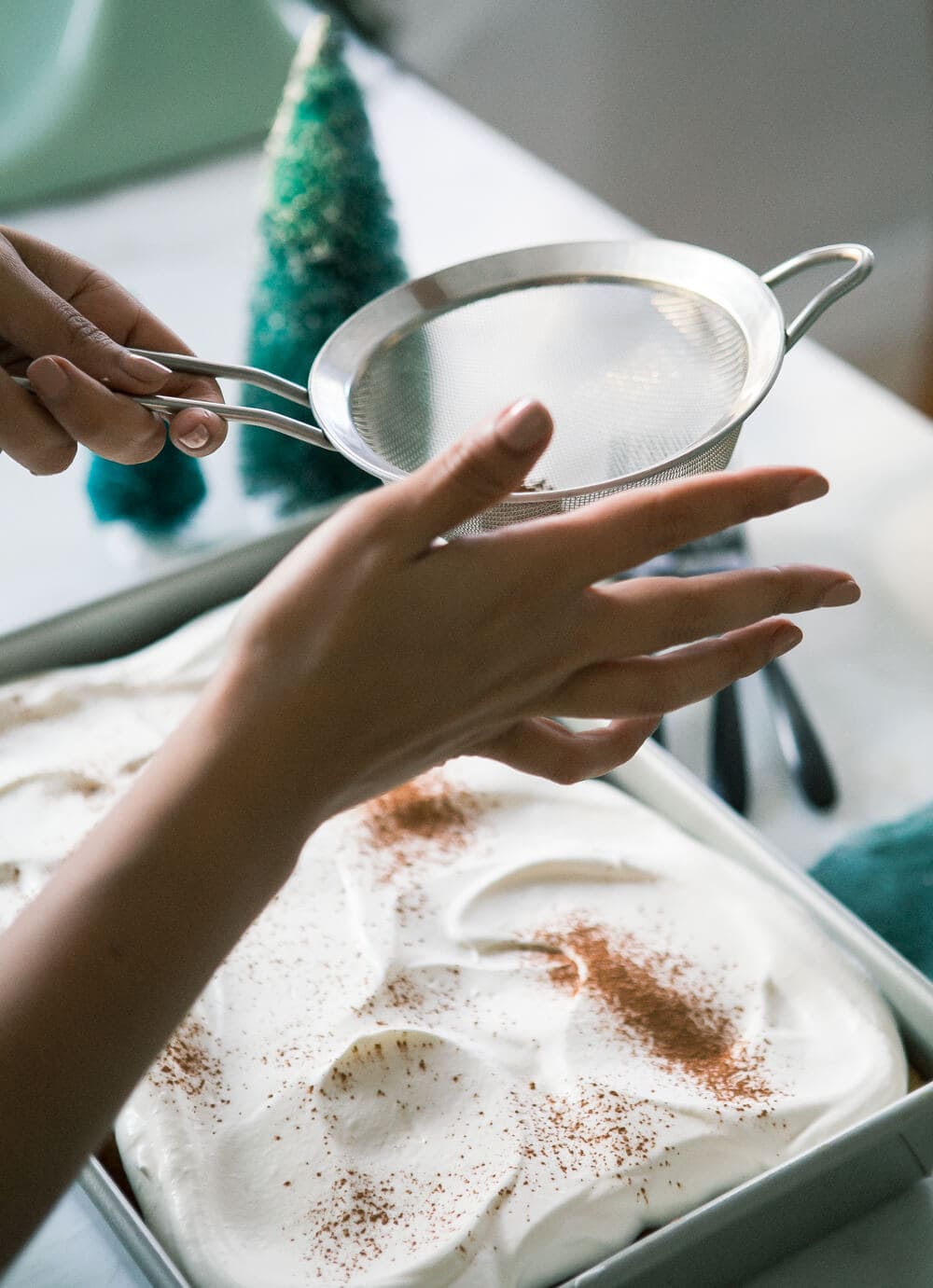 Anywayyyzzz, welcome to the post where I’m reorganizing the beloved “tres leches cake.” I like to think that maybe I simplified it with uno leche. Lol. The only leche that’s in this cake is the horchata. In case you are unfamiliar with horchata, I will break it down for you in a list (because I love lists): 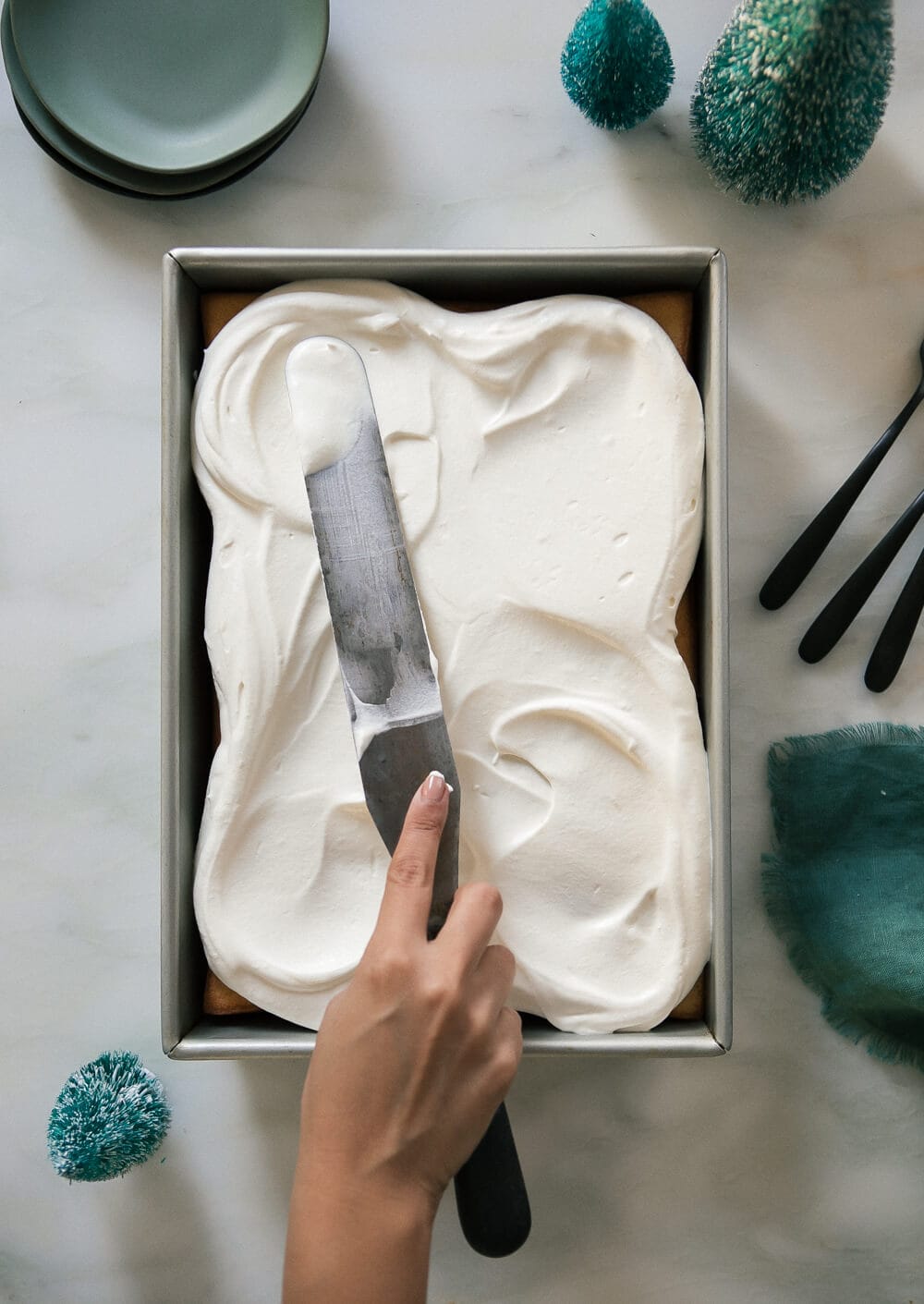 1. Mexico and Spain both drink/make horchata. As do several countries in central America.
2. The one I’m referring to is the Mexican-style horchata, which is a rice drink. Some recipes have almonds in it. All recipes have cinnamon.
3. Some horchata recipes have dairy milk in them, some do not.
4. I like to buy horchata from Guisados because it’s nearby and their horchata is delicious. (Theirs has dairy in it.)
4. You could also use the horchata from Califia.
5. You could also make horchata, if you like. This recipe from Aaron Sanchez looks good, tho I’ve never tried it. 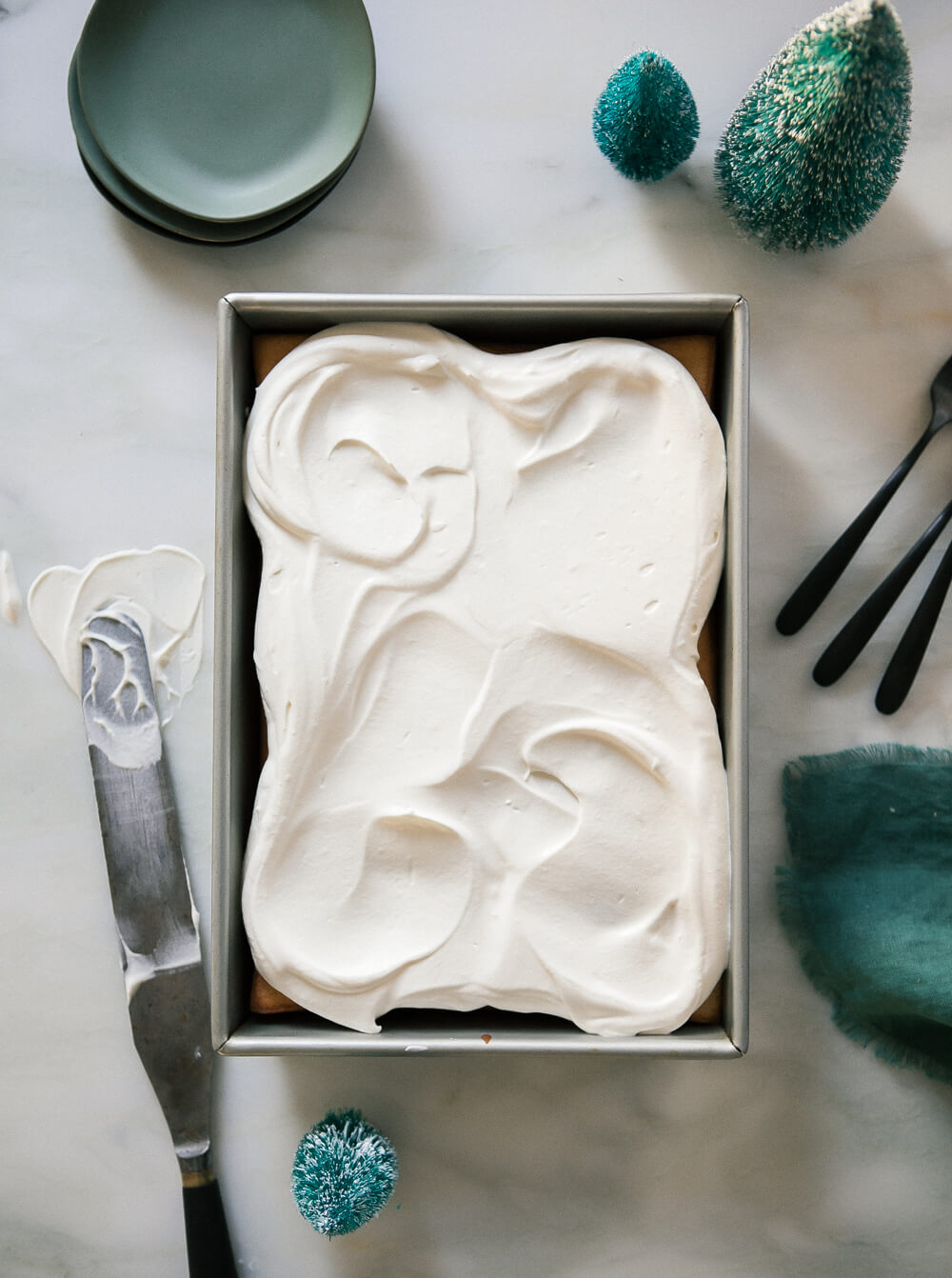 To be very honest with you, I had never tried horchata until I moved to Los Angeles. The countries my parents come from don’t drink it so I had no idea what it was. But once I tried it, I was down. It is so delicious.

This sponge cake is a great base. It’s very dry when you bake it so it needs that moisture from the milk. It may seem like a lot of liquid when you pour it over the cake but the cake soaks it all up and it ends up being a delicious bite at the very end. 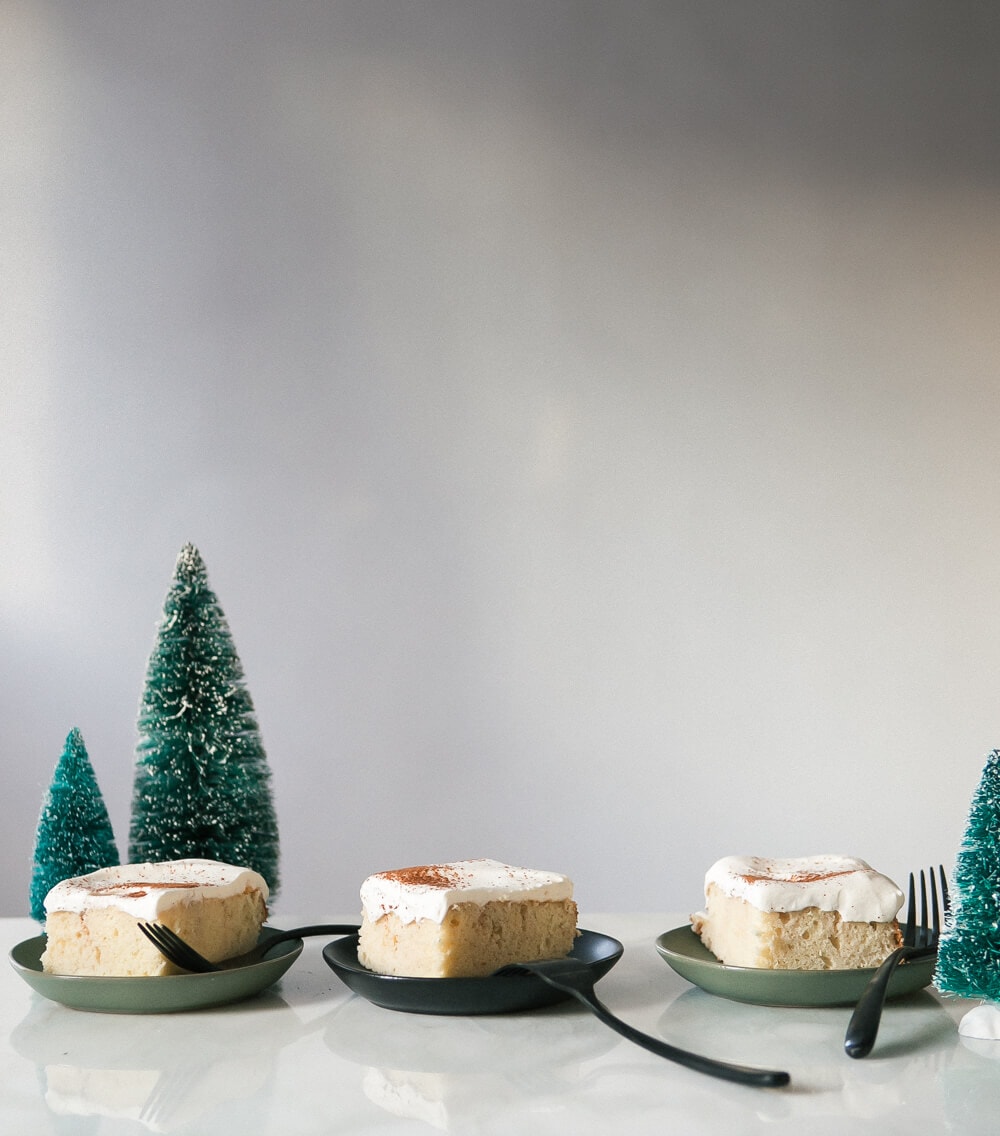