5 from 2 votes
Published May 12, 2017Last Updated Dec 22, 2018
Jump to Recipe
Pin RecipeLeave a Comment
My autocorrect likes to change “leches” (aka “milks”) to leeches. VERY DIFFERENT, OK. Leeches also remind me of that gross scene in “Stand By Me” when all the boys decide to go swimming in the pond…
Prep Time: 1 hour
Cook Time: 10 minutes 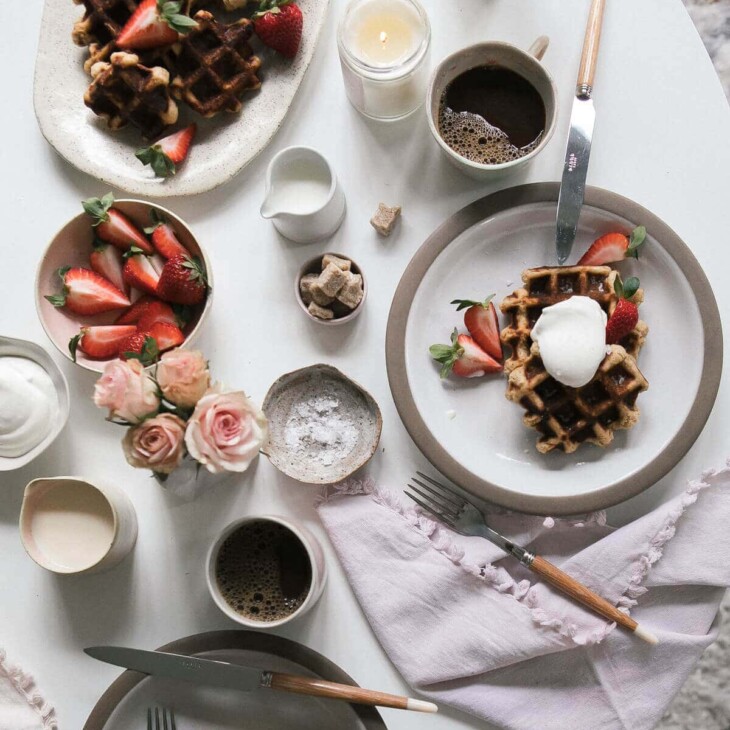 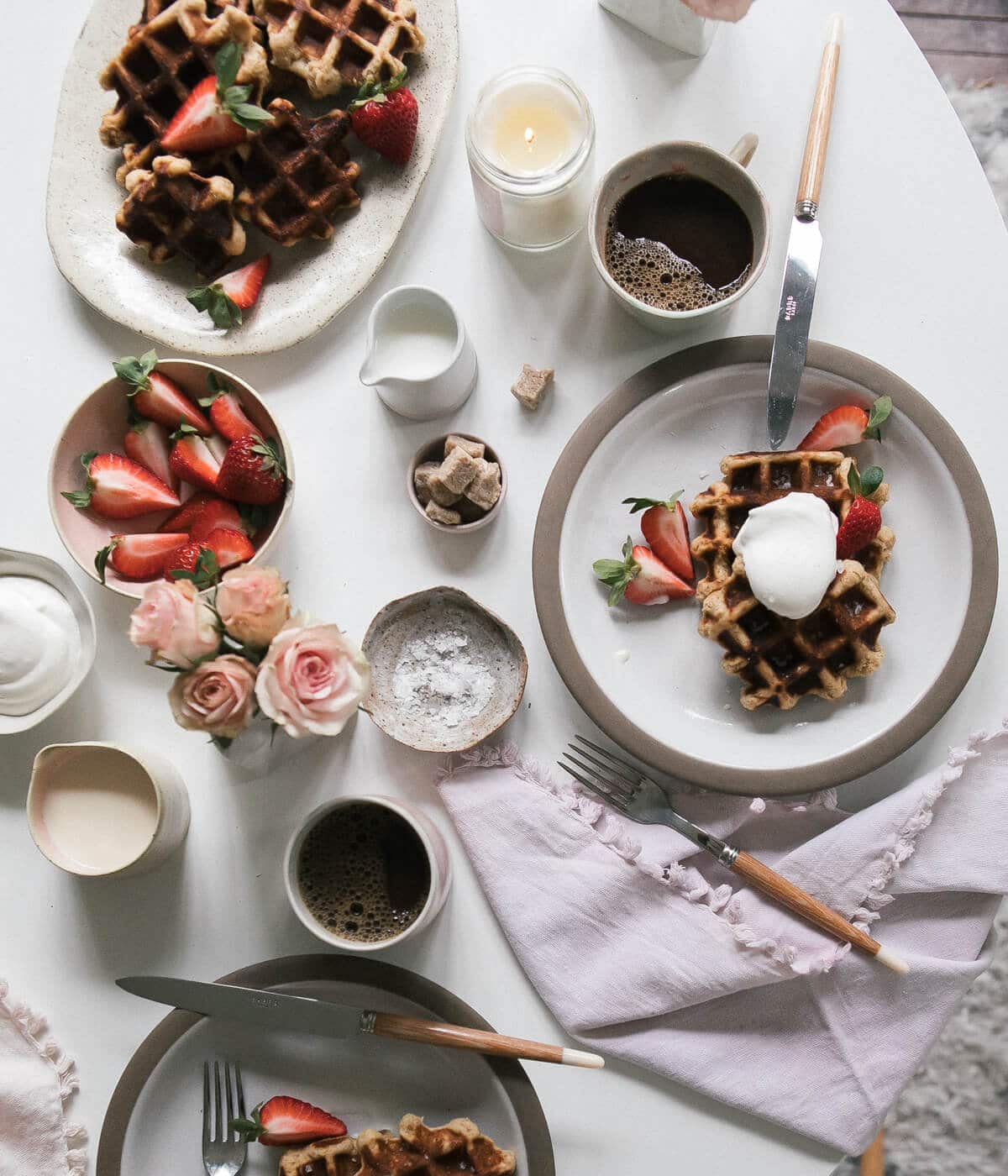 My autocorrect likes to change “leches” (aka “milks”) to leeches. VERY DIFFERENT, OK. Leeches also remind me of that gross scene in “Stand By Me” when all the boys decide to go swimming in the pond and then…EW.

These are the opposite of those. I should’ve never even mentioned my autocorrect…because I’ve sort of grossed myself out. SO MOVING ON.

I’m currently on a flight to the east coast for a fun-filled weekend where I run around with my head cut off and (hopefully) pet some farm animals and hang out with my mamí and abuelita. Ideally, there will be baby farm animals. We shall see. 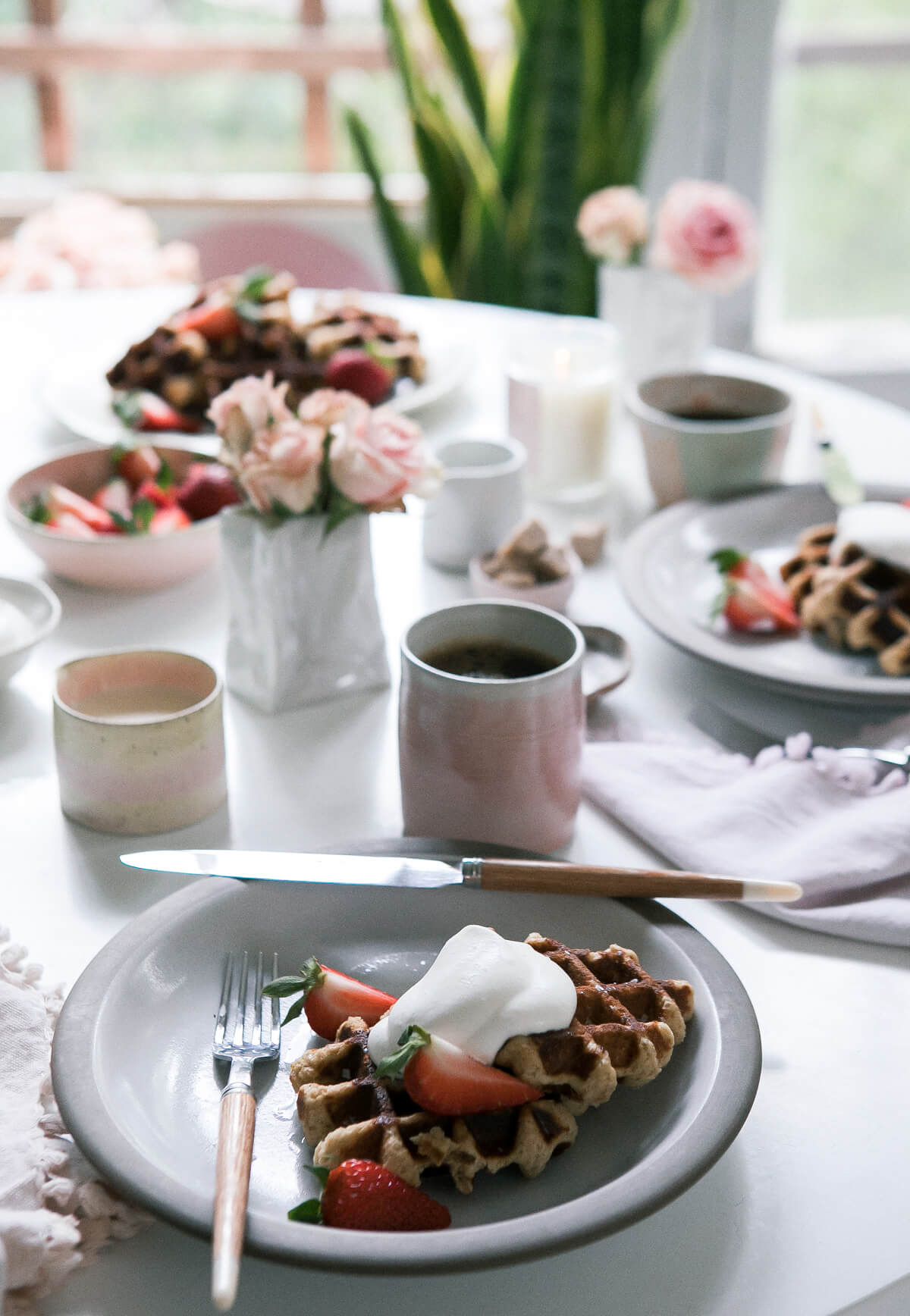 I’ve been trying to make these waffles for a while and finally did it! They’ve been on that list to-make for long long time. I love anything tres leches but I’m pretty certain that in order to “tres leches” something, you really need to make sure that it can stand up to liquid. The point is for it not to be soggy.

So I needed to find something that was thicker and tougher (not in a bad way!). I think I found it with this Leige-style waffle. Josh had been testing waffles a lot and he really loved this recipe from The Kitchn. 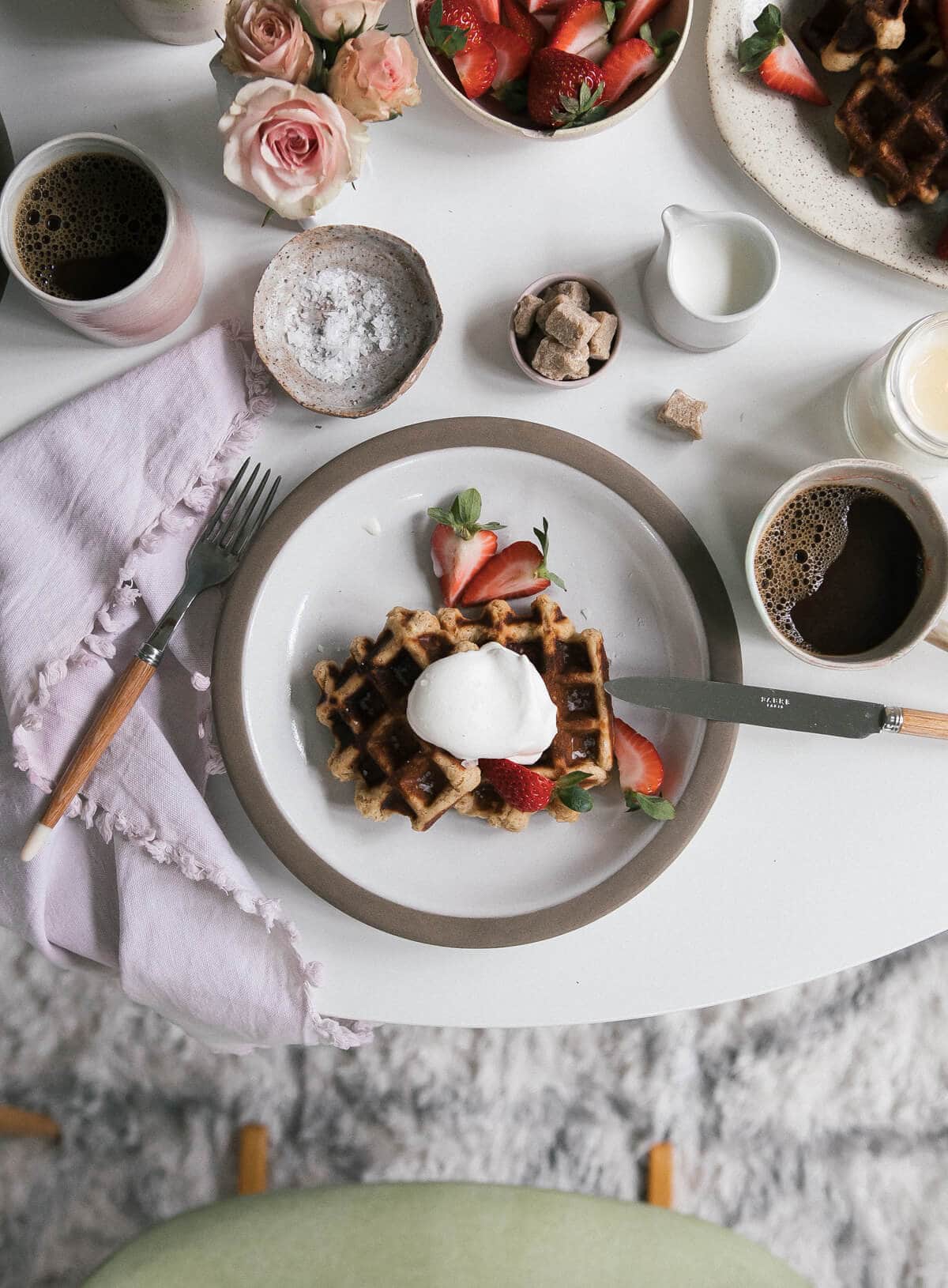 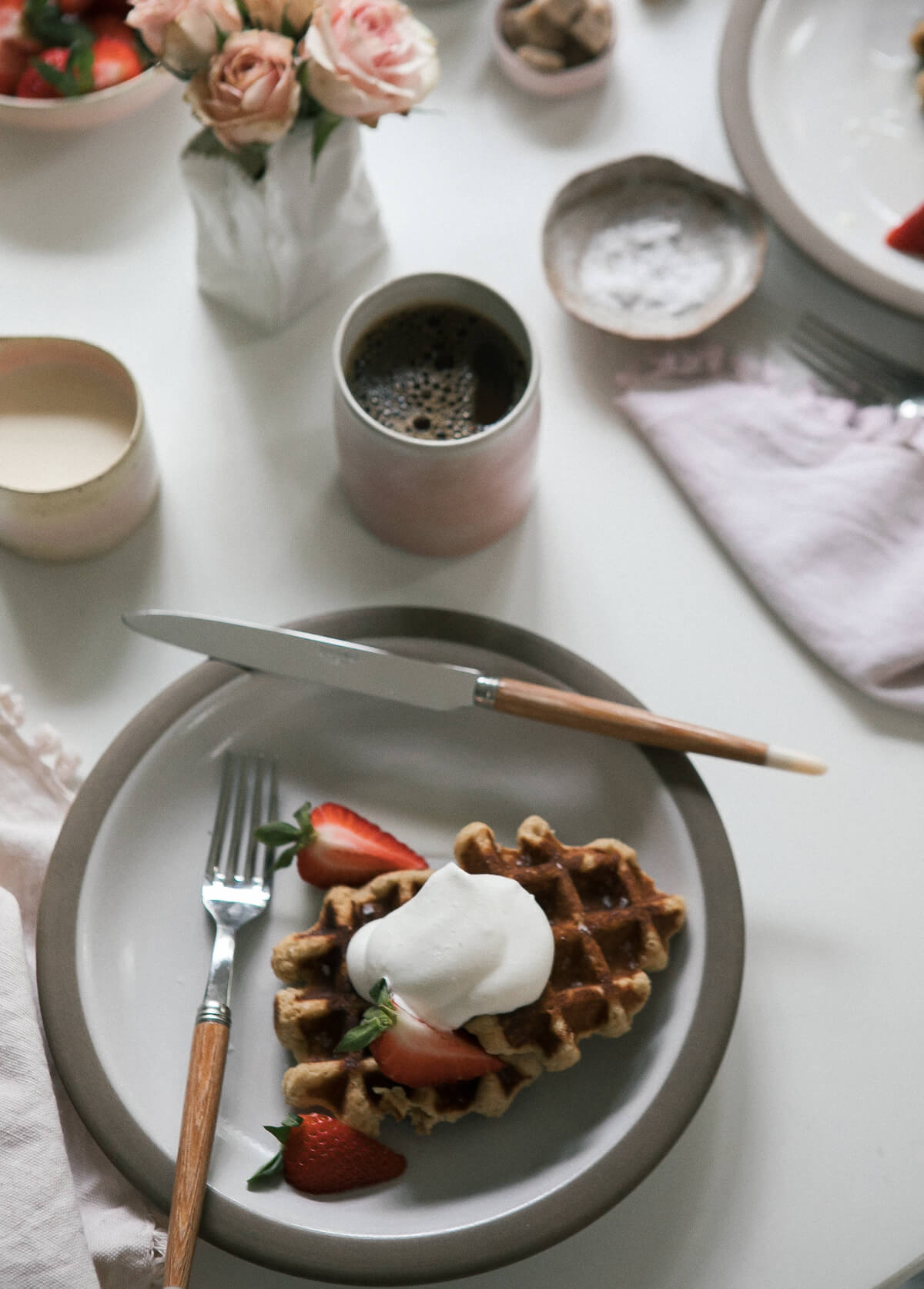 I made some tweaks, making it a bit easier for you and me. I used all-purpose flour because I ran out of bread flour so I made due. AND LOVED THEM. I also decreased the sugar to make-up for the sweetened condensed milk liquid we pour on the plate before we put the waffles on them.

And the whipped cream is not sweetened at all because we really don’t need it. One thing that this recipe DEFINITELY requires is a pinch of Maldon sea salt at the end. The sweet/salty thing is so amazing. 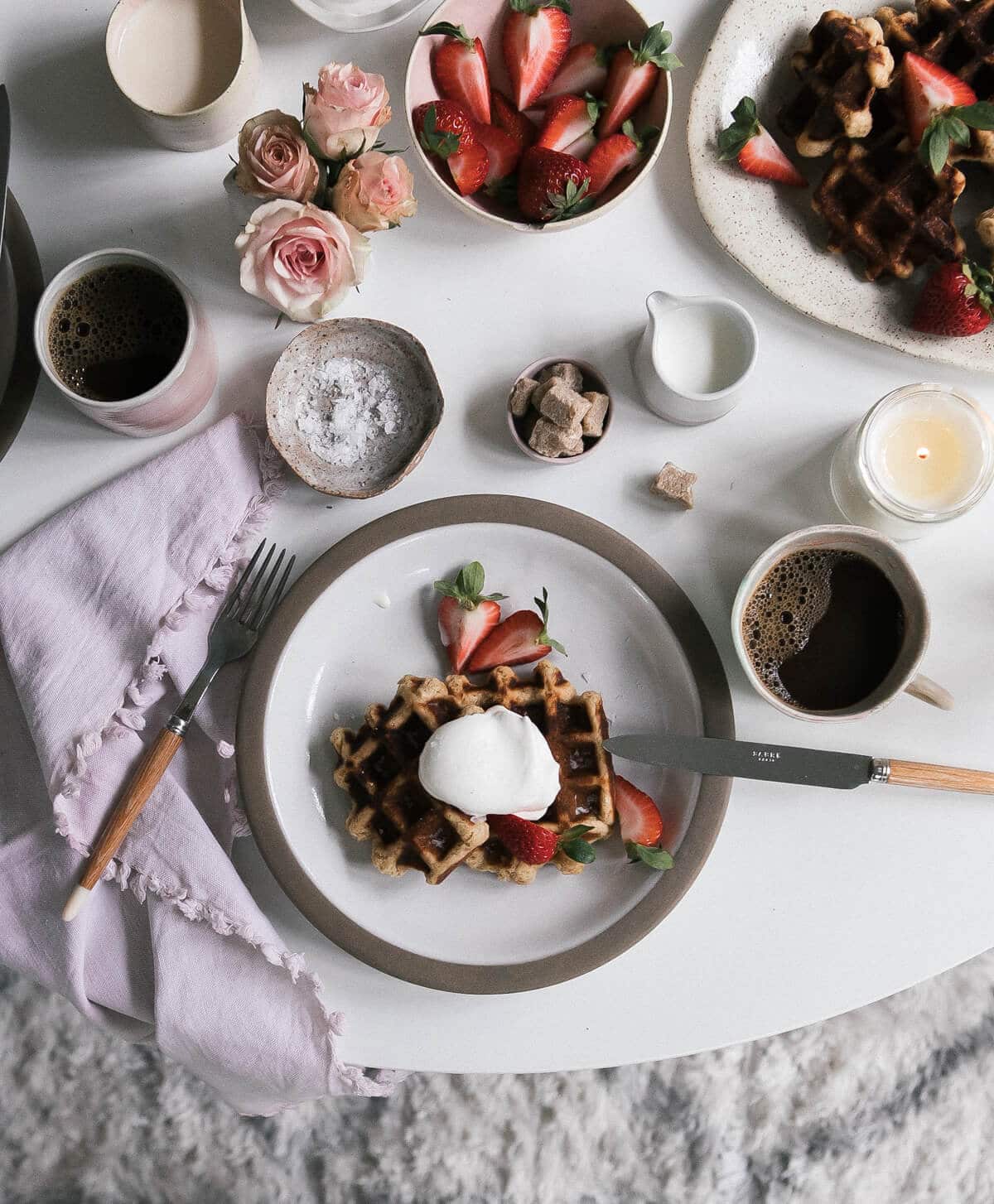 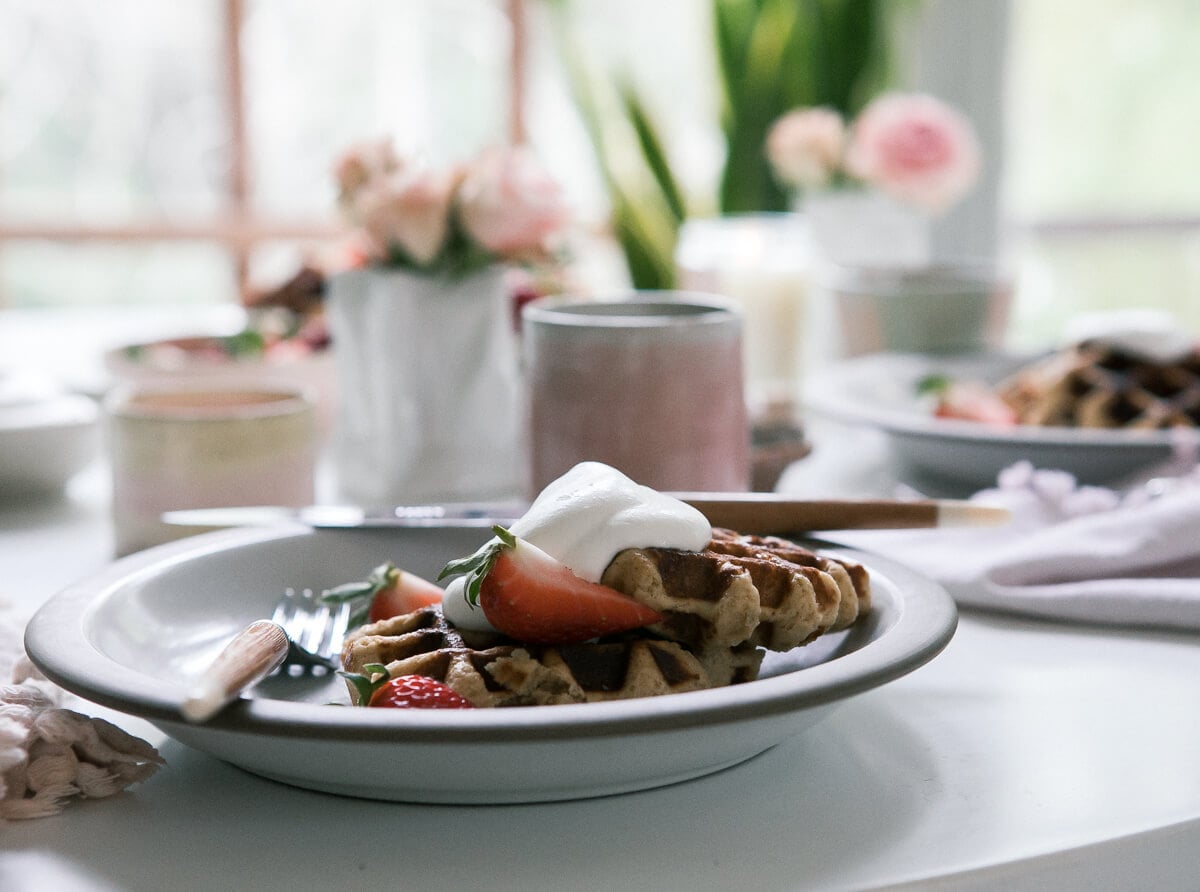 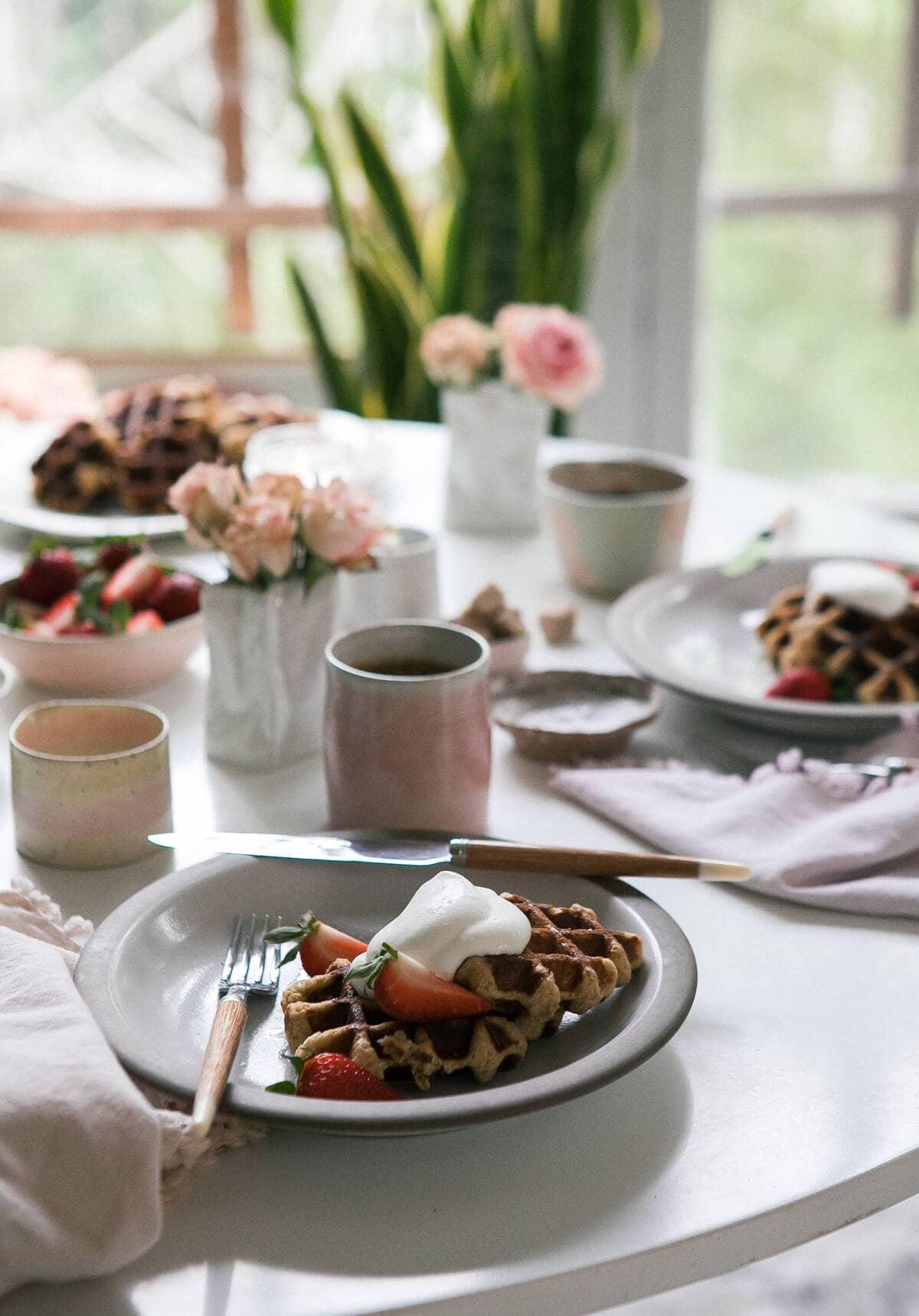