4.50 from 2 votes
Published Dec 21, 2015Last Updated Jan 27, 2019
Jump to Recipe
Pin RecipeLeave a Comment
Gonna be very honest right now, I generally don’t like quiche. But my mind was totally changed when I was in Chicago this past spring and had a slice at Cellar Door Provisions. It wasn’t sponge-y…
Prep Time: 30 minutes
Cook Time: 1 hour 15 minutes 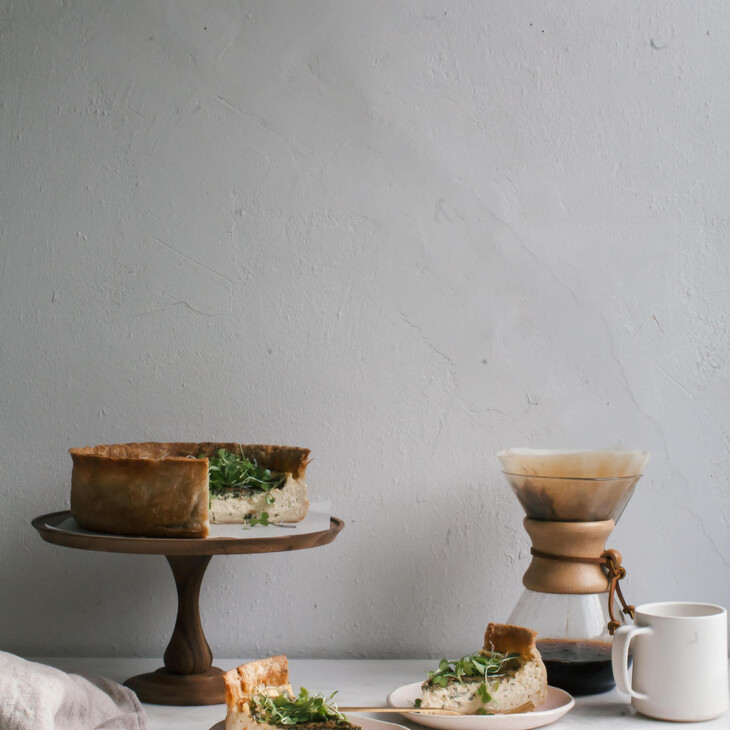 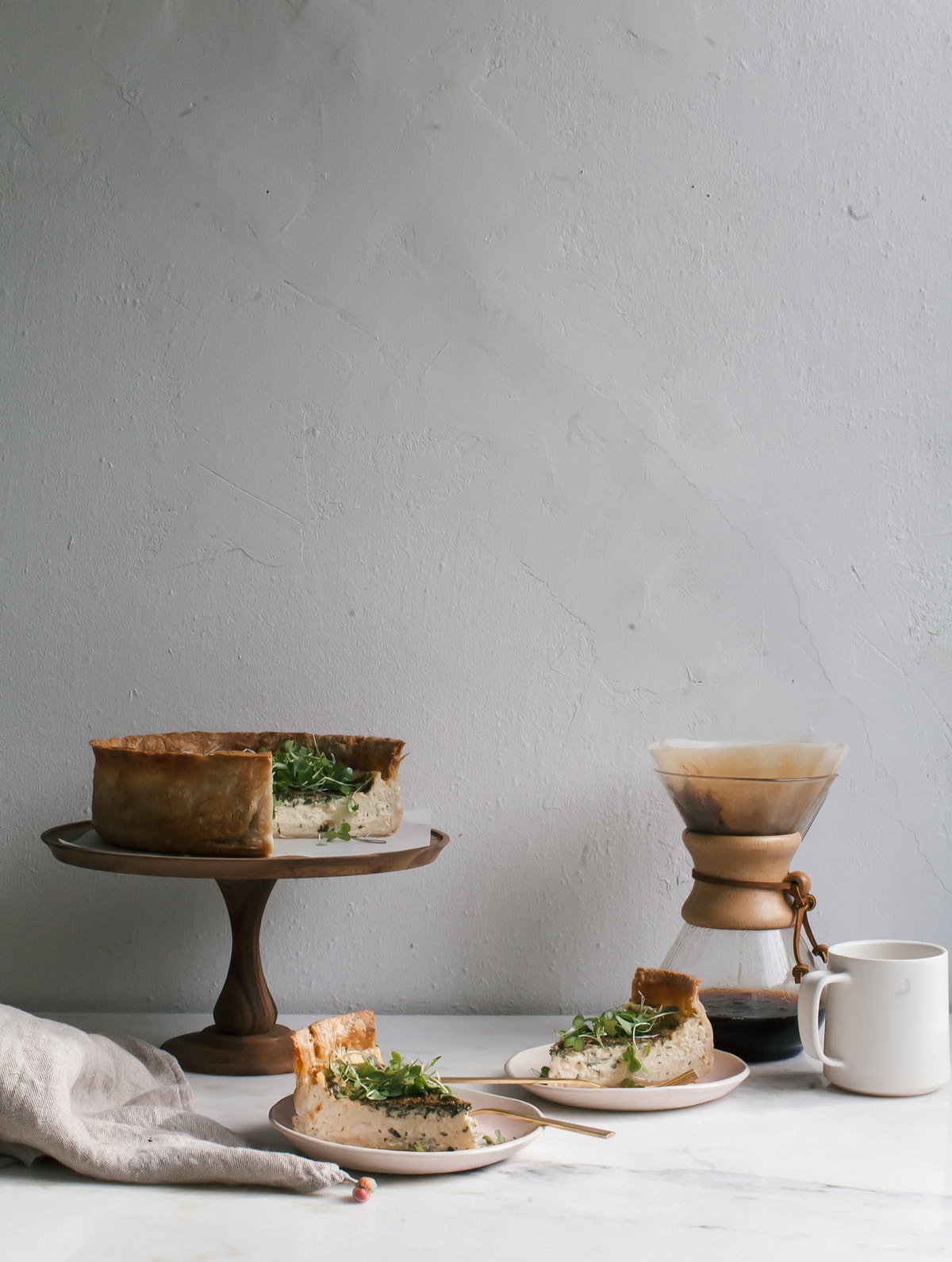 Gonna be very honest right now, I generally don’t like quiche. But my mind was totally changed when I was in Chicago this past spring and had a slice at Cellar Door Provisions.

It wasn’t sponge-y and gross; it was silky smooth, like a custard, with a crispy crust—so good!

I googled near and far for their recipe and never found one but I did find that Thomas Keller pretty much mastered the silky smooth quiche a long time ago and I’m pretty sure people just use his base recipe. The ratio that I found most frequently was 1:1 cream to milk with about 4 times as many eggs. 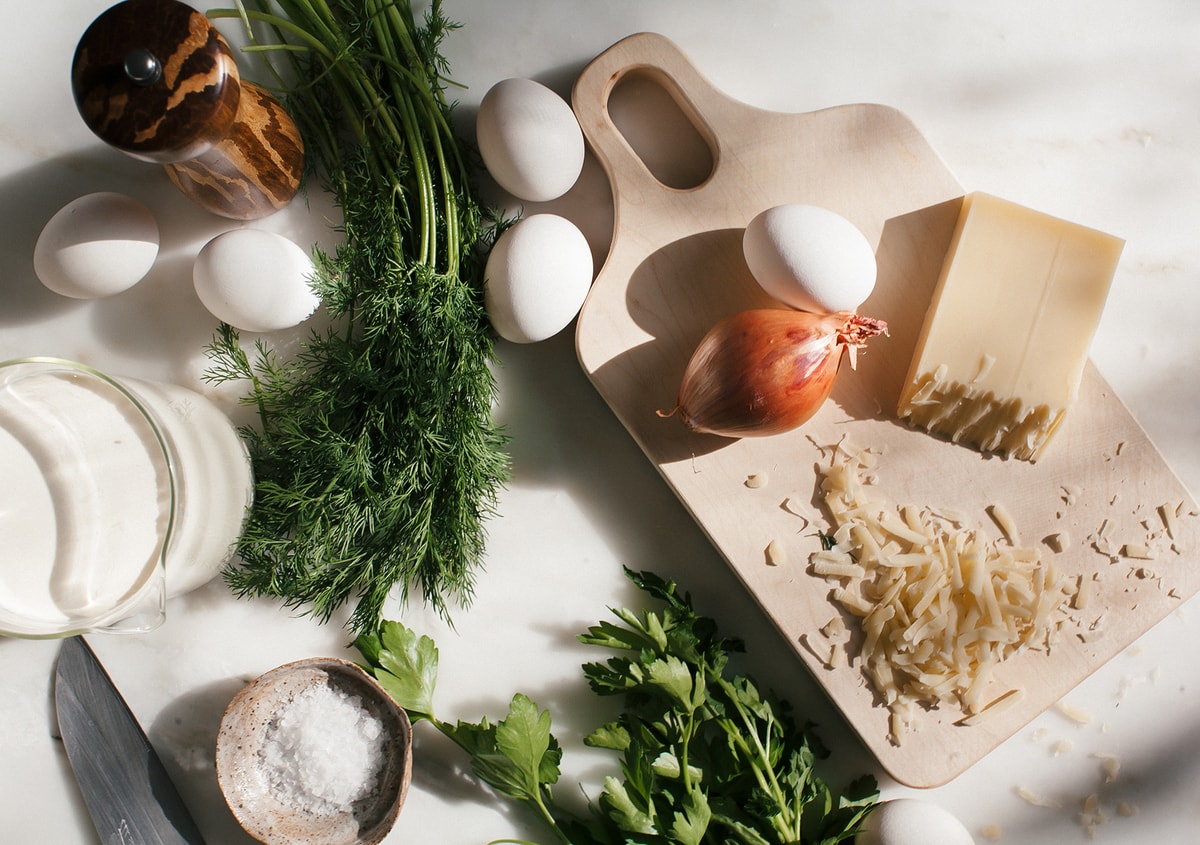 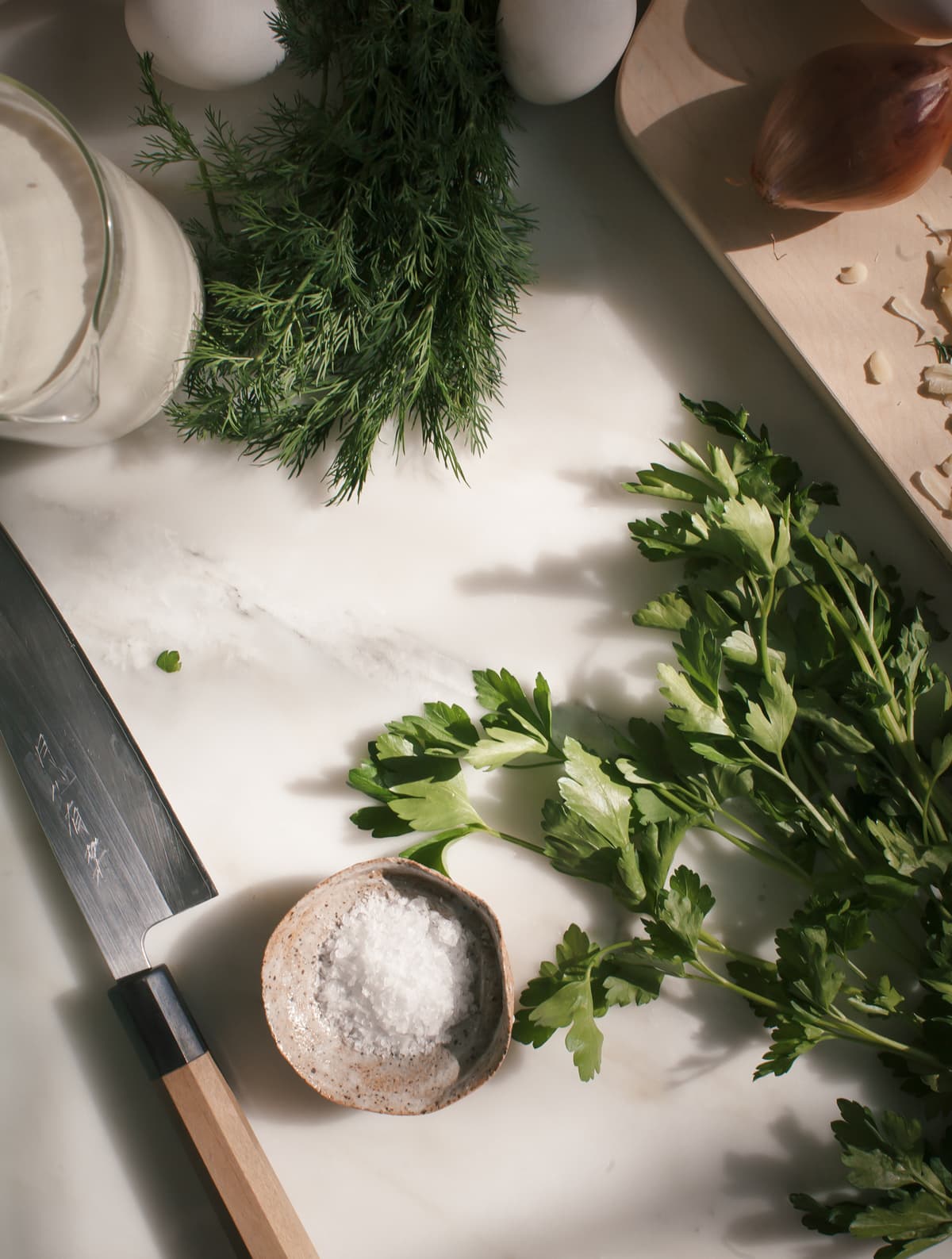 I wanted to make something that could be served on Christmas morning but that required no work. This is something you can make entirely the day before and then slice up. I think it’s a-ok to keep at room temperature overnight but if that freaks you out then feel free to put it in the fridge.

I chose to go the vegetarian route with just herbs (Italian parsley and dill), Gruyere cheese and a bit of bite from a shallot that’s blended with the milk in a blender.

The crust I made the night before I rolled it out but it isn’t necessarily and dare I say, I think it’s totally ok to use a store-bought crust. 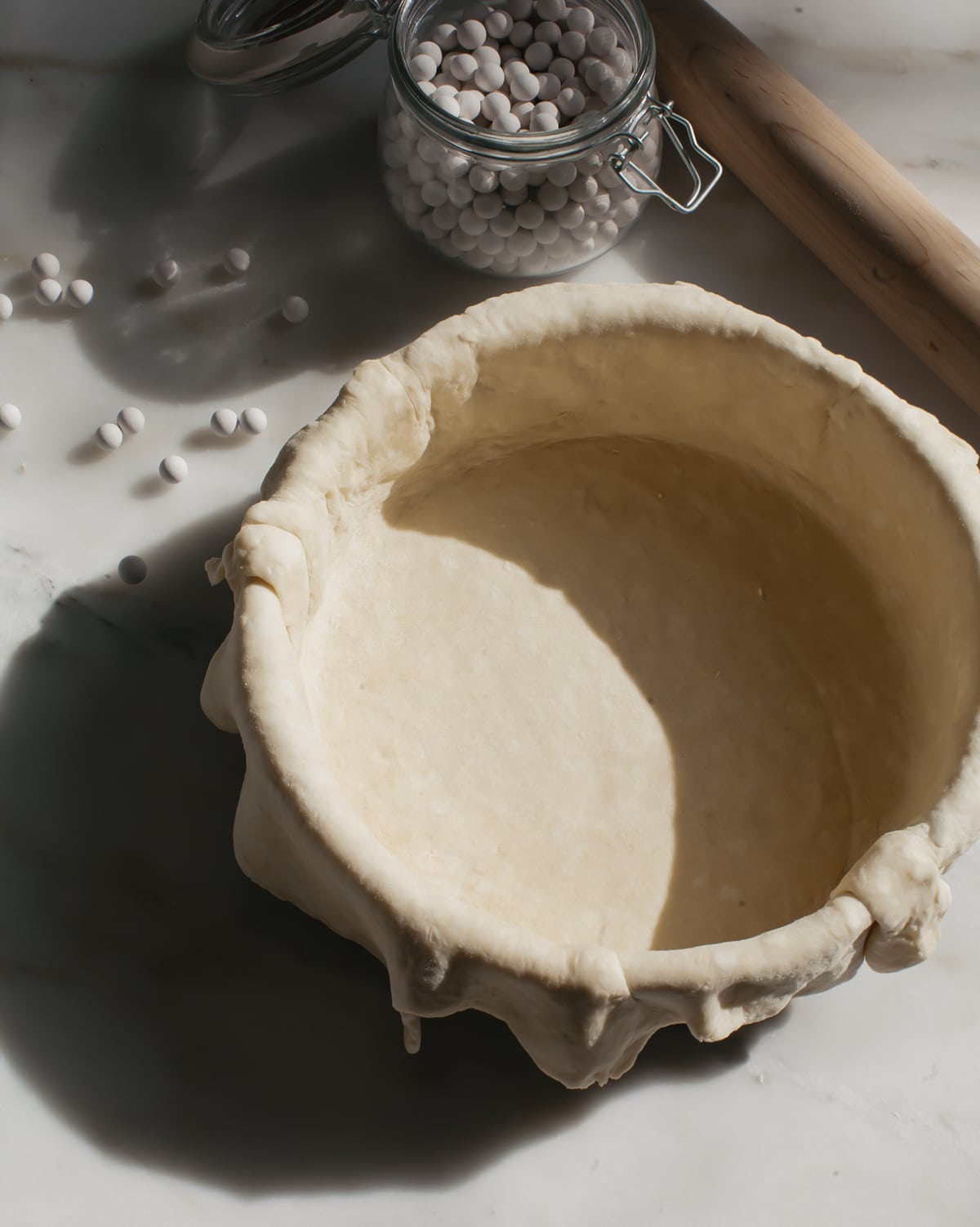 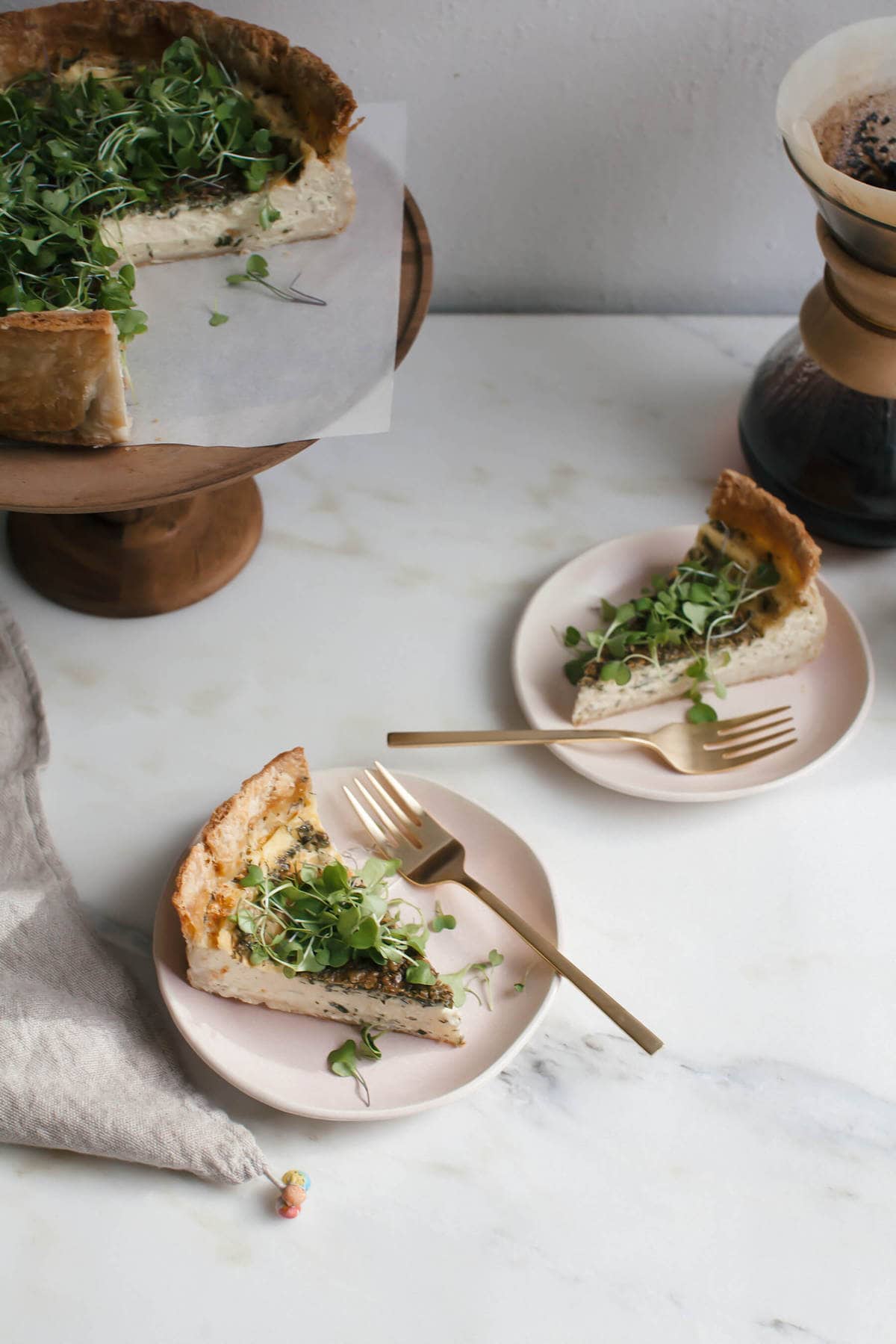 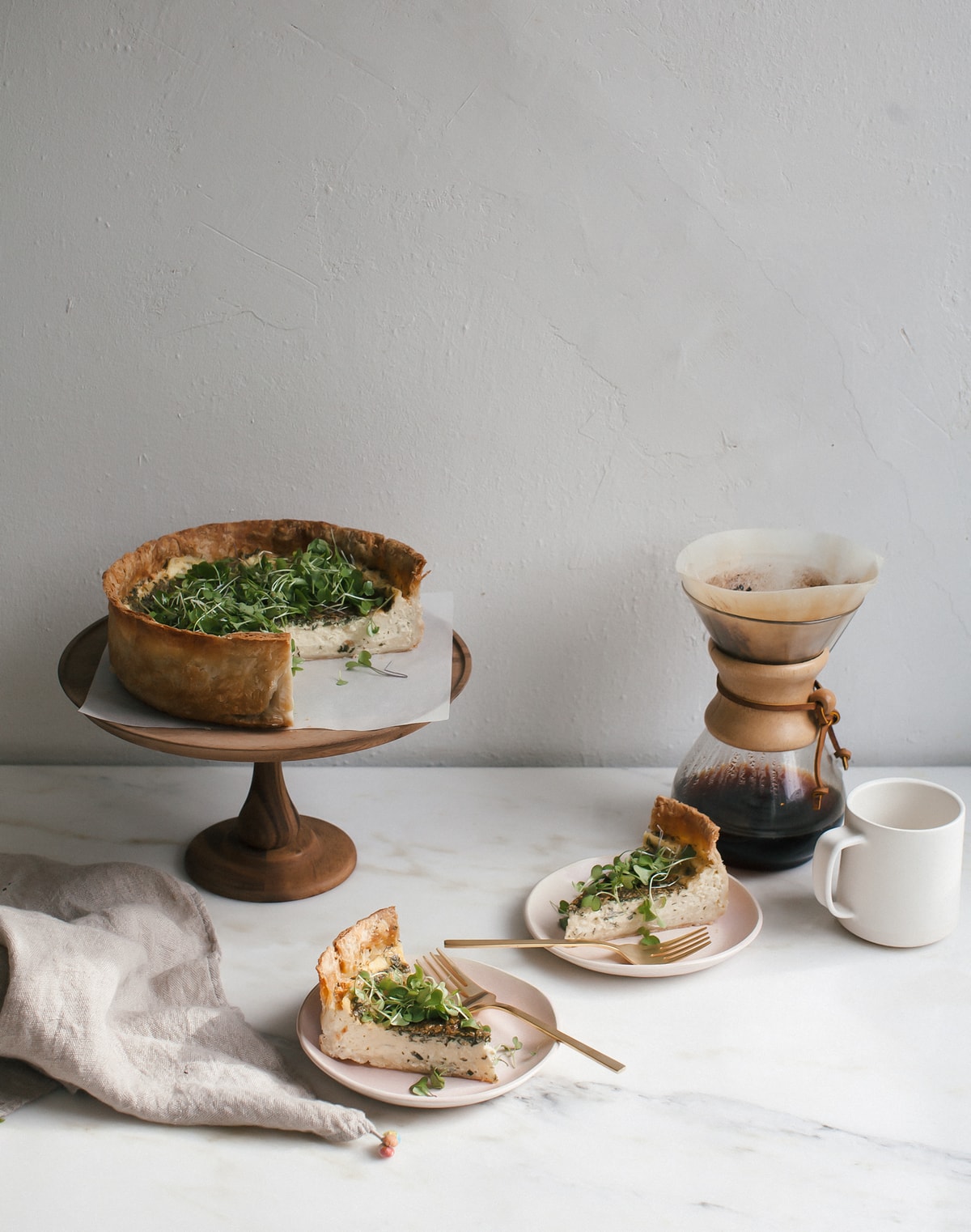 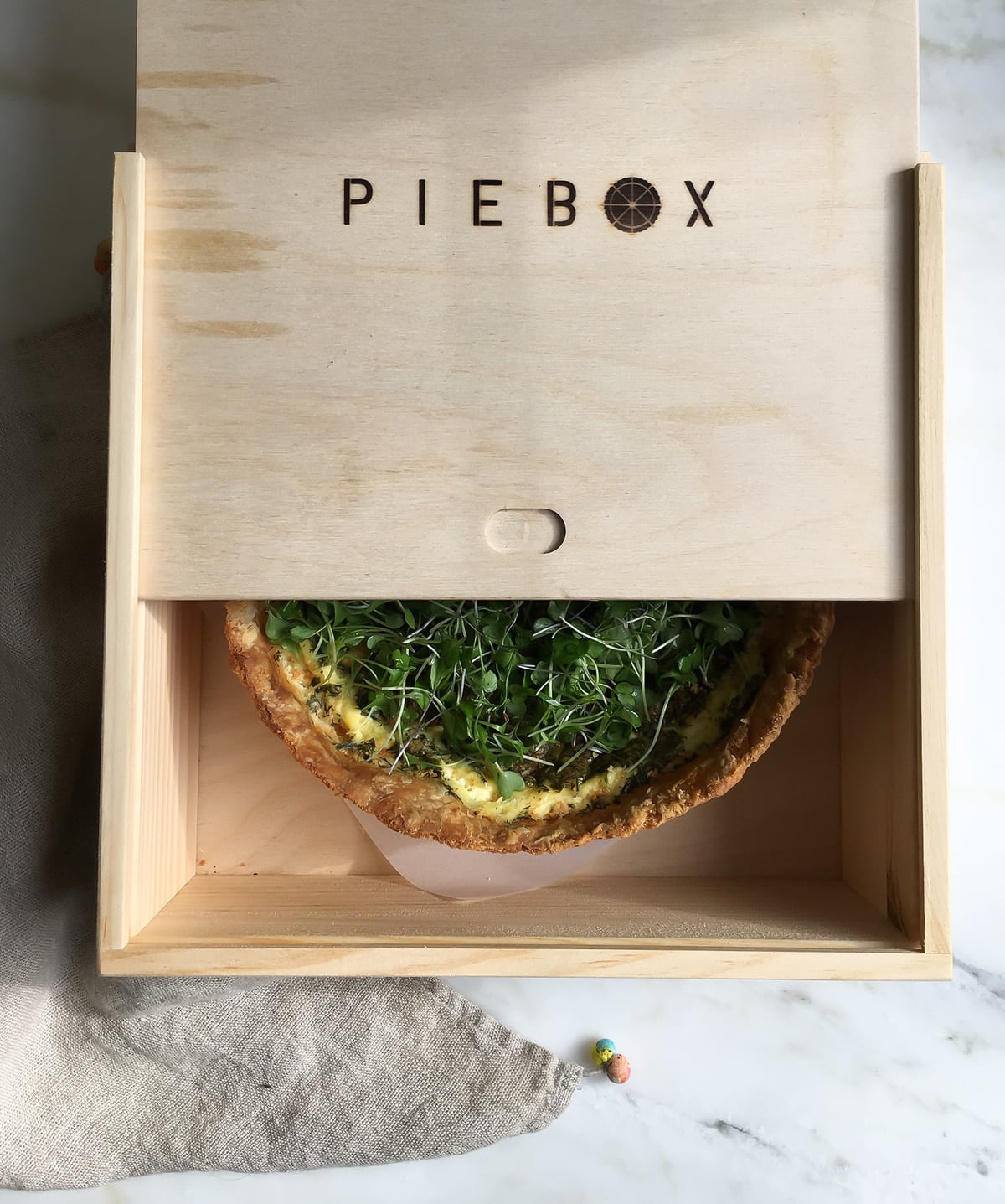 It’s the holiday season. I feel like we all deserve a bit of a break, don’t you think.

Oh! I almost forgot to talk about the Pie Box. I’ve been wanting one for so long and the people at Pie Box were nice enough to send me one. I’ve been using it the past couple days to transport all sorts of edible foods like cookies and a cake (that’s short) and of course this quiche AND pie.

Check out the hashtag #pieitforward on Insta ‘cuz a ton of my favorite bloggers are baking up my favorite food: pie. 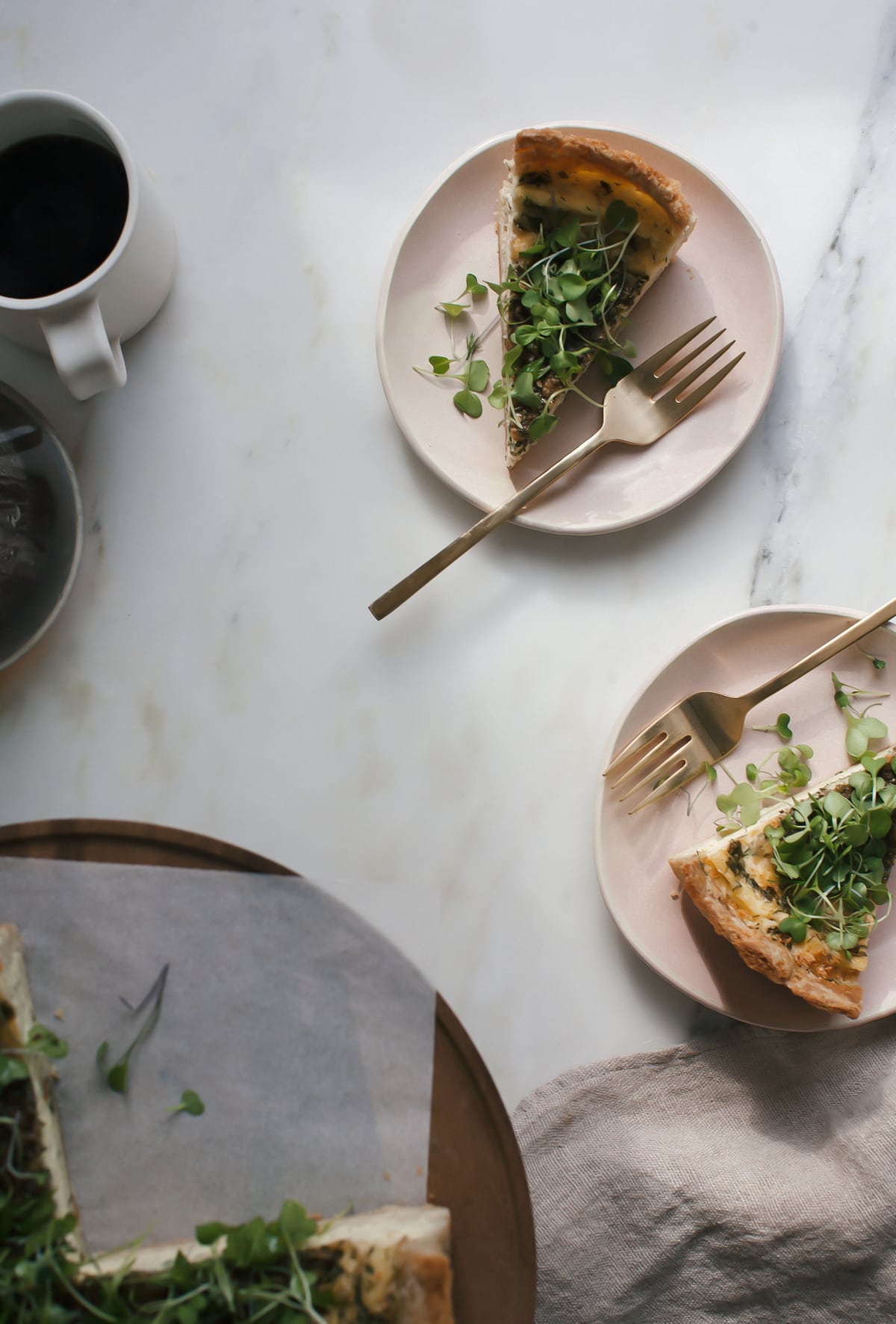 Please note that the pie crust recipe above tells you to divide the dough in half. Don't do this. Keep it in one solid pie crust. You're going to use the entire thing to roll out one very large pie crust. In the blog post, I recommend buying pie crust just to save some time. If you do this, you'll want to buy two and you'll want to roll them into one another so you have enough pie crust.