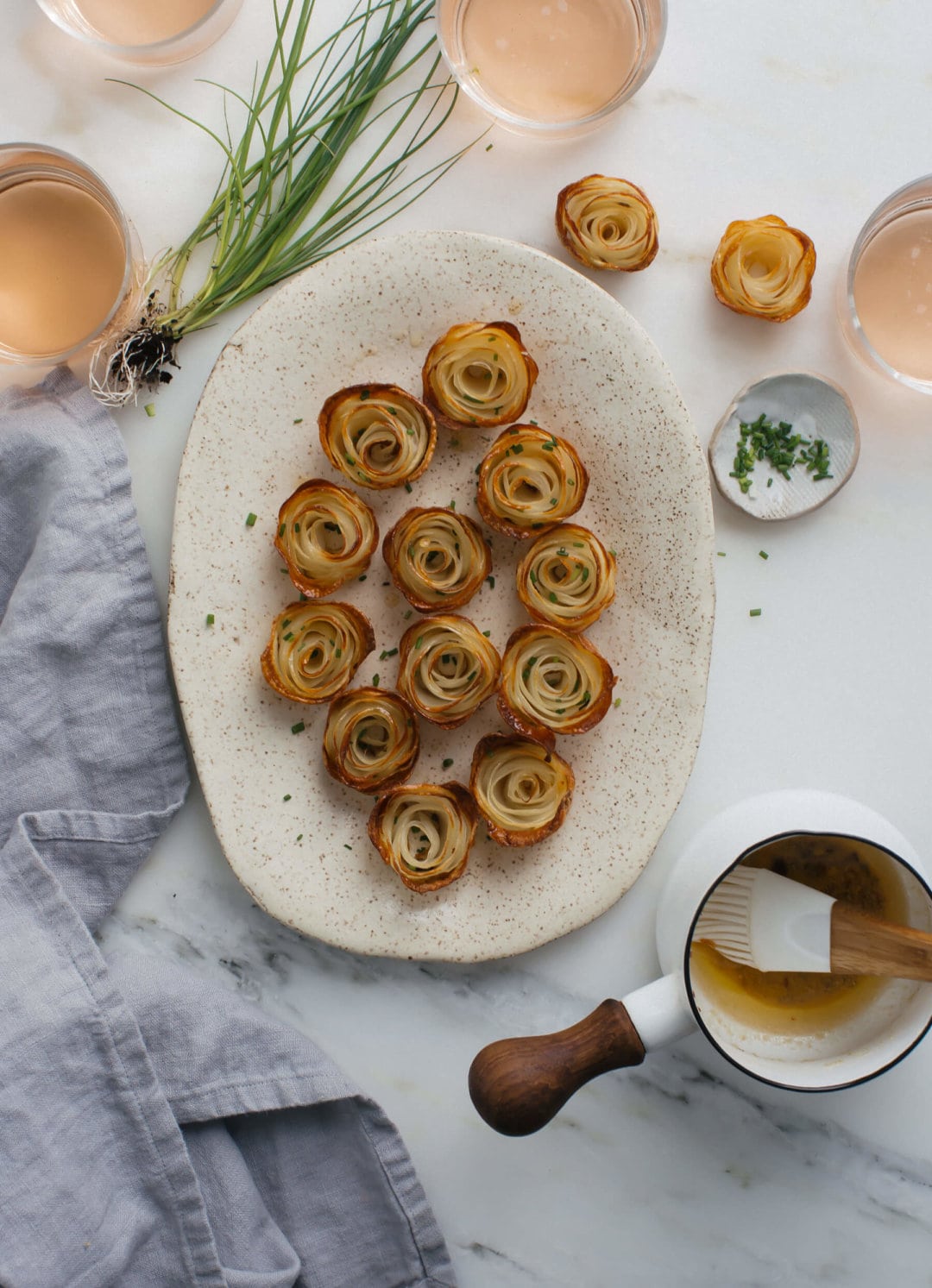 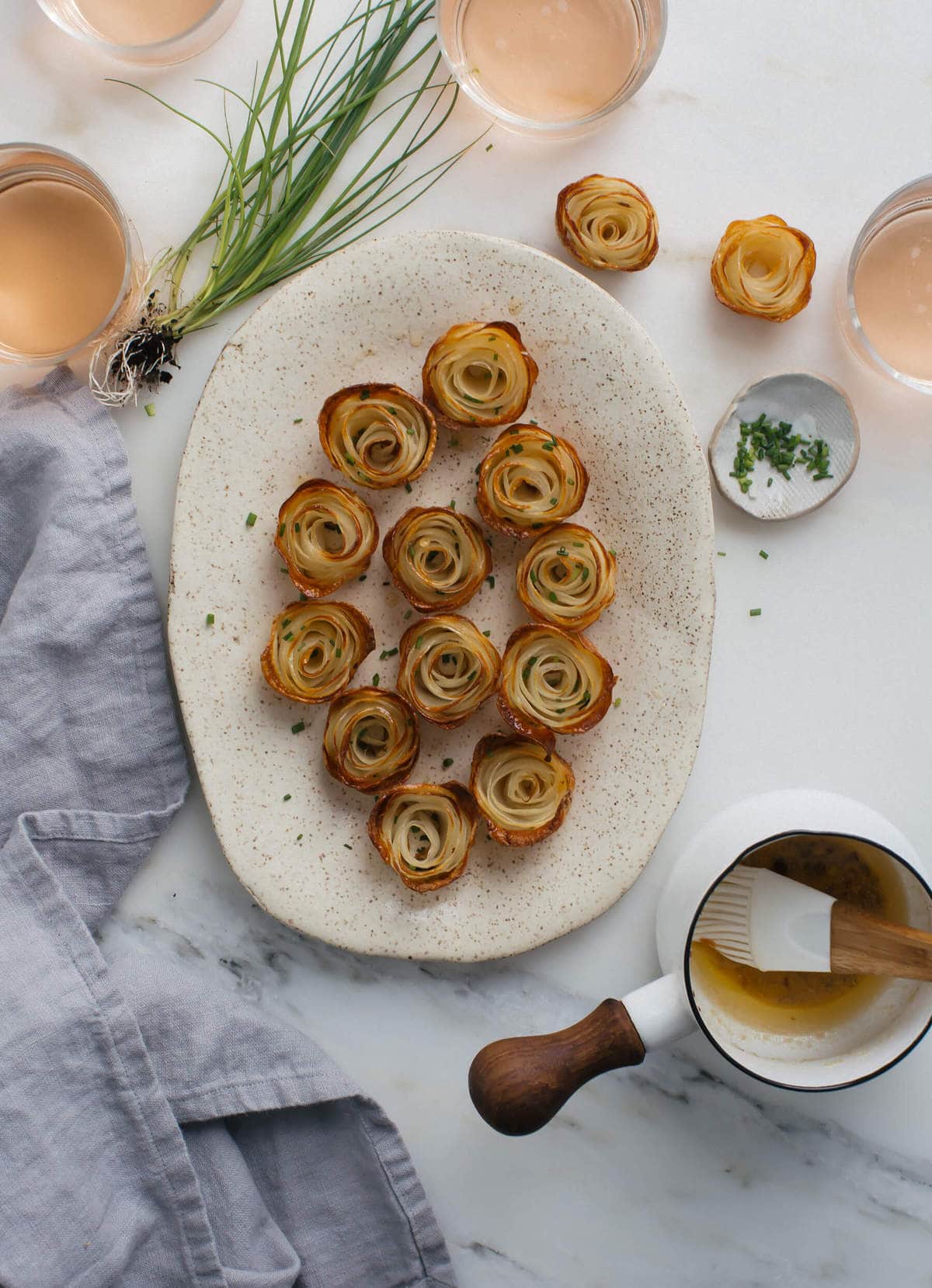 As a friendly reminder: Mother’s Day is next Sunday. YASSS. Mark it on your calendar because if you don’t call your mom/get her a gift/think of her, etc. you’ll probably have a Beyonce-type beehive buzzing at your door.

There’s a classic French dish called FCI textbook and I cooked my through many of the recipes. 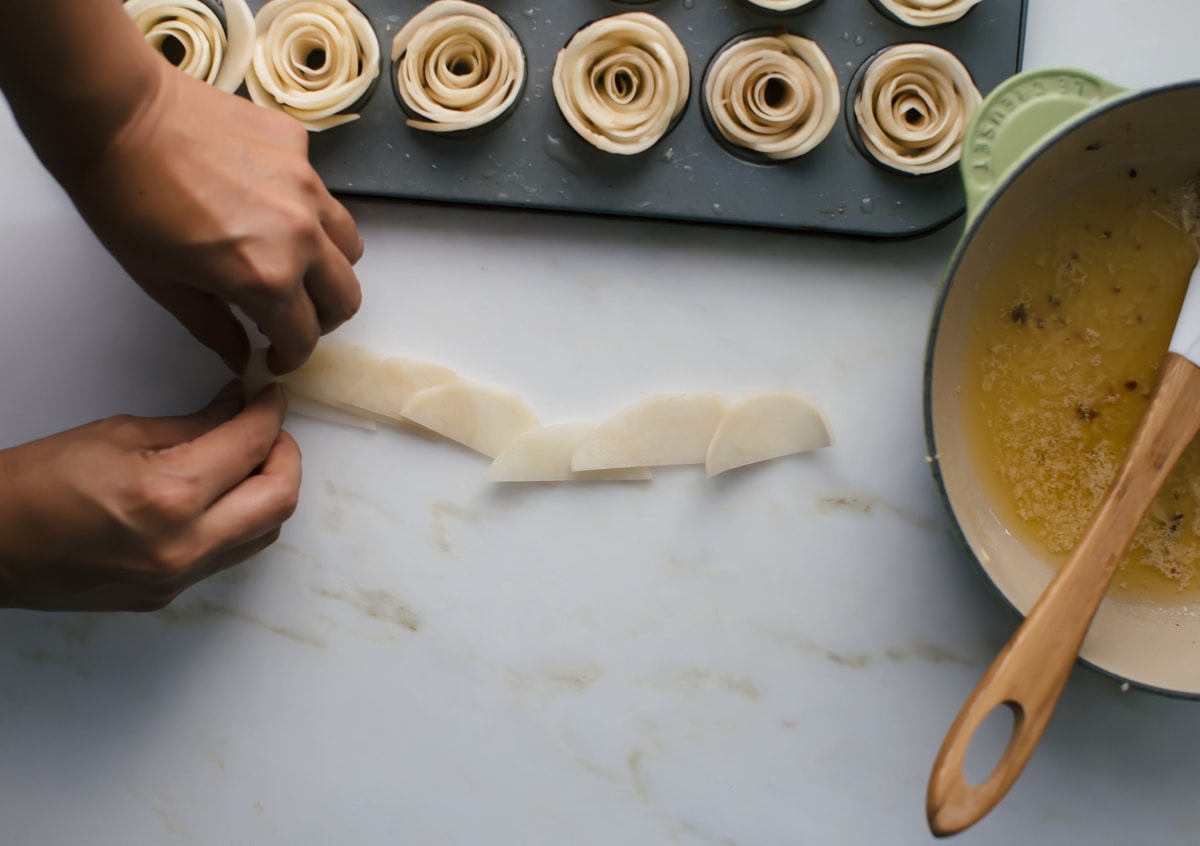 Potatoes Anna consists of a bed of perfectly browned round slices of potatoes, layered on top of each other. It’s the simplest most perfect dish because it’s literally just carbs and salt and butter. EMOJI HEART EYES

Since the beginning of time I’ve wanted to make a version of it, my way and call it a very cheeky, Potatoes ADRIANNA. 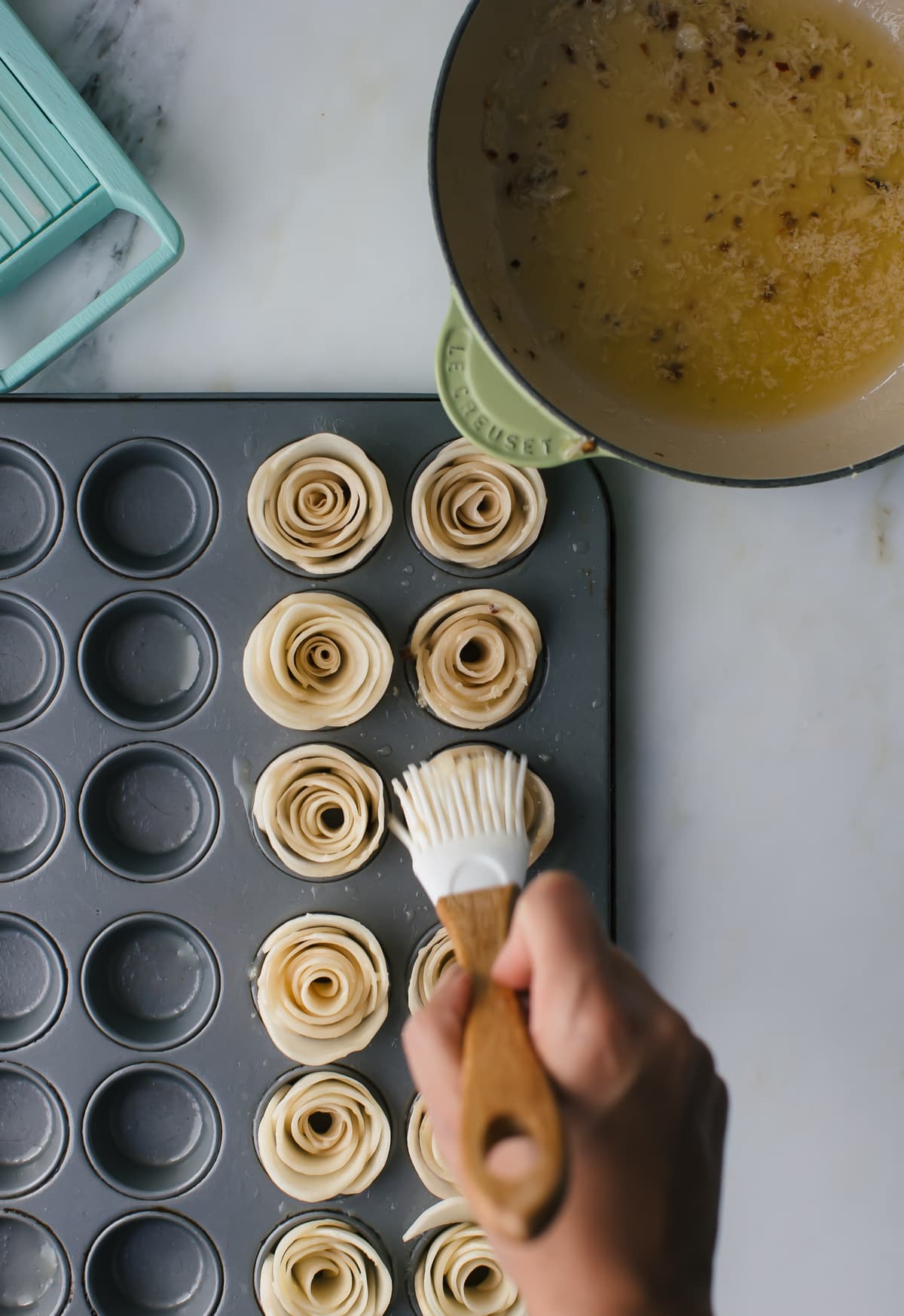 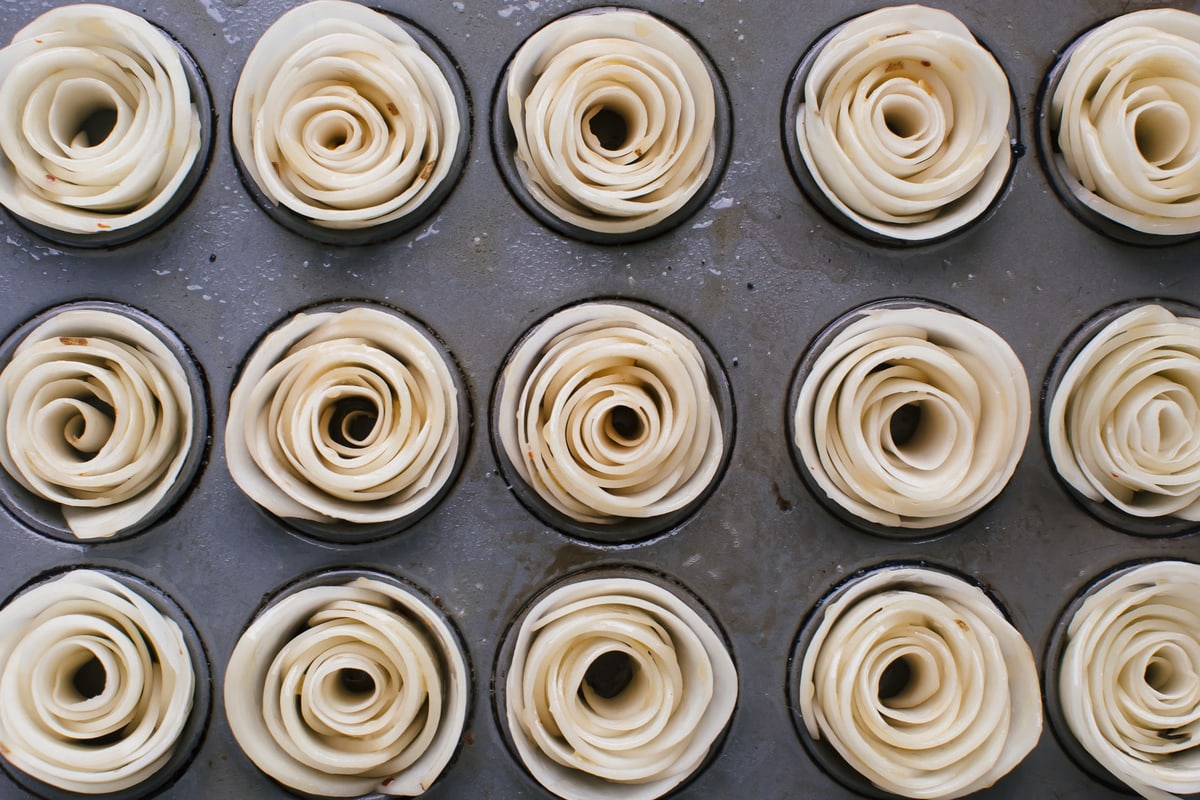 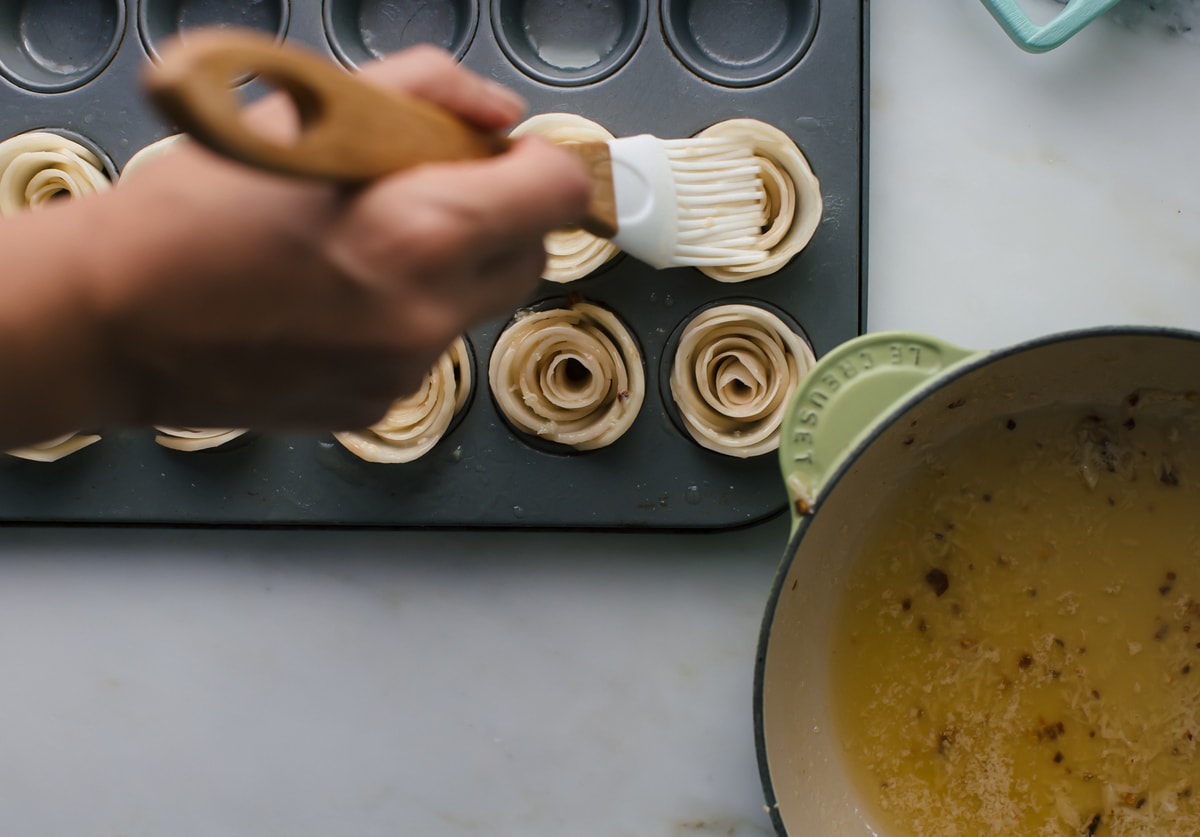 I started to think what would make regular potatoes anna more “Adrianna-like.” Mini version would probably do it but ultimately it was Billy who was like well you do shape like everything into a rose so…

I started to think to myself, does Billy think I’m basic?! But then immediately ditched that idea because I was so focused on making the prettiest carb rose ever!

These are SO delicious and SO addictive. On the inside they’re soft, almost like mashed potatoes and then the outside is insanely crispy. They’re like a much prettier, daintier tater tot.

The butter that’s rubbed on top is full of garlic, salt and crushed red pepper. The fresh chives on top add the freshest bite that makes you want to eat one after the other and never ever stop. 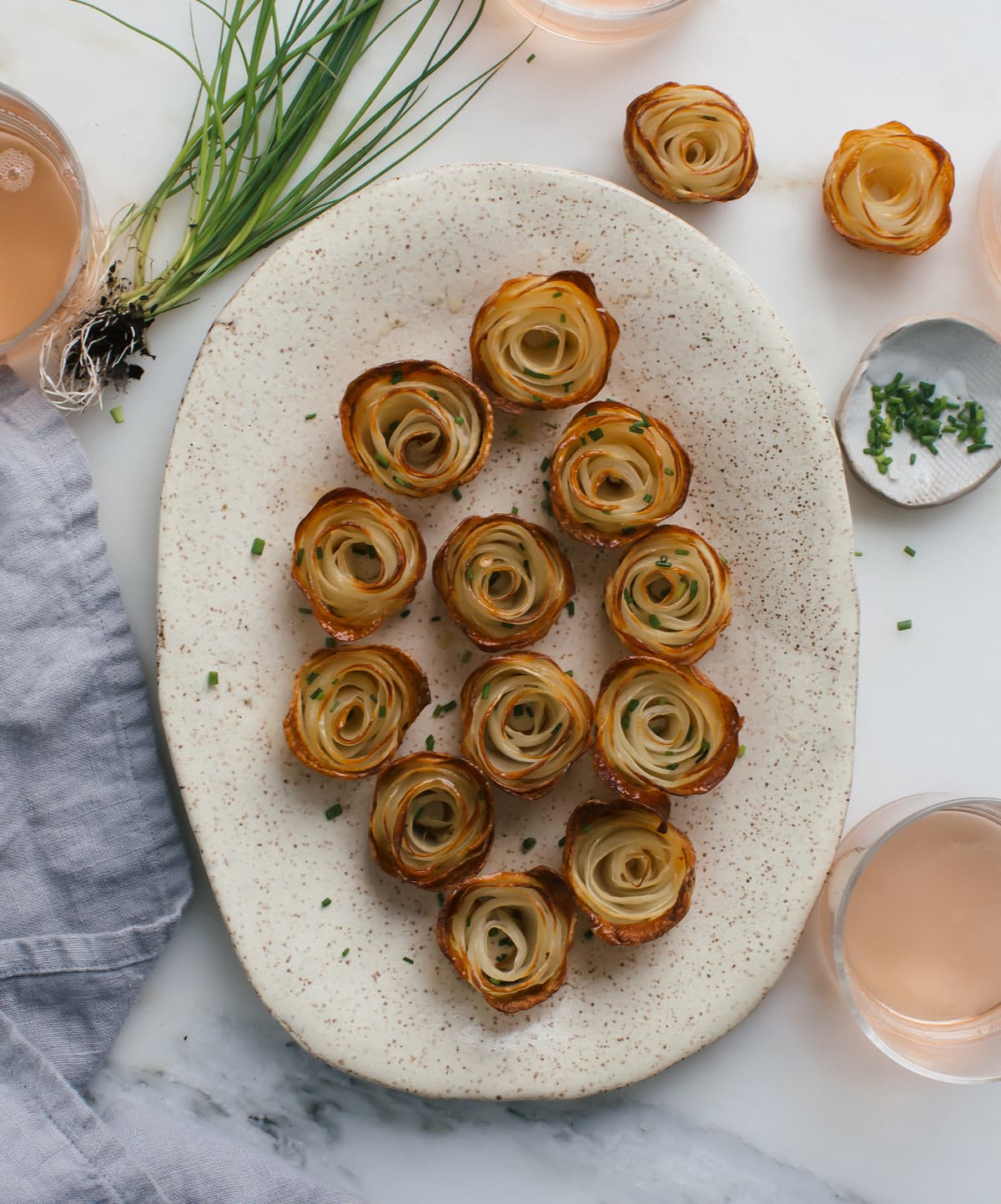 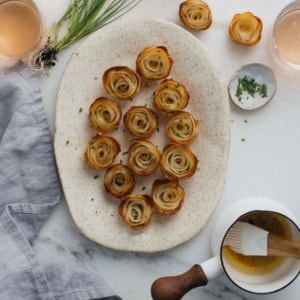 Some tips! 1. If the halved slices are too tall, feel free to trim them so the half moons are shorter/smaller in size. 2. I found it best to start the rose with the thinnest possible slice. 3. For this recipe I used a mini muffin pan but you can use a regular muffin pan, too. It'll just mean that you'll need more slices to fill it. More like 15 to 20 slices vs. the 10 the recipe calls for above.
Did you make this Recipe? Tag me Today!Tag @acozykitchen on Instagram and hashtag it #acozykitchen
April 25, 2016 by Adrianna Adarme 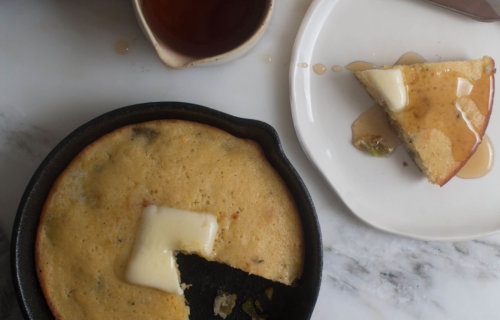 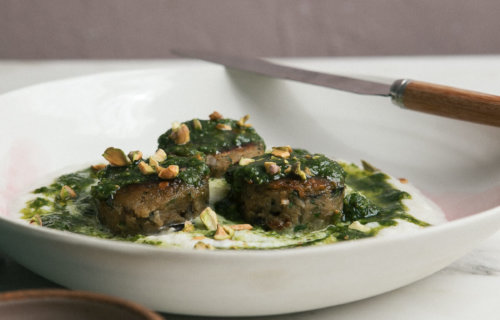 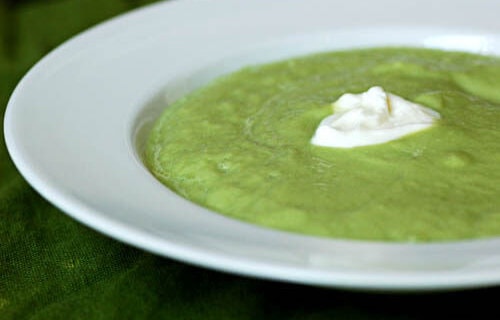