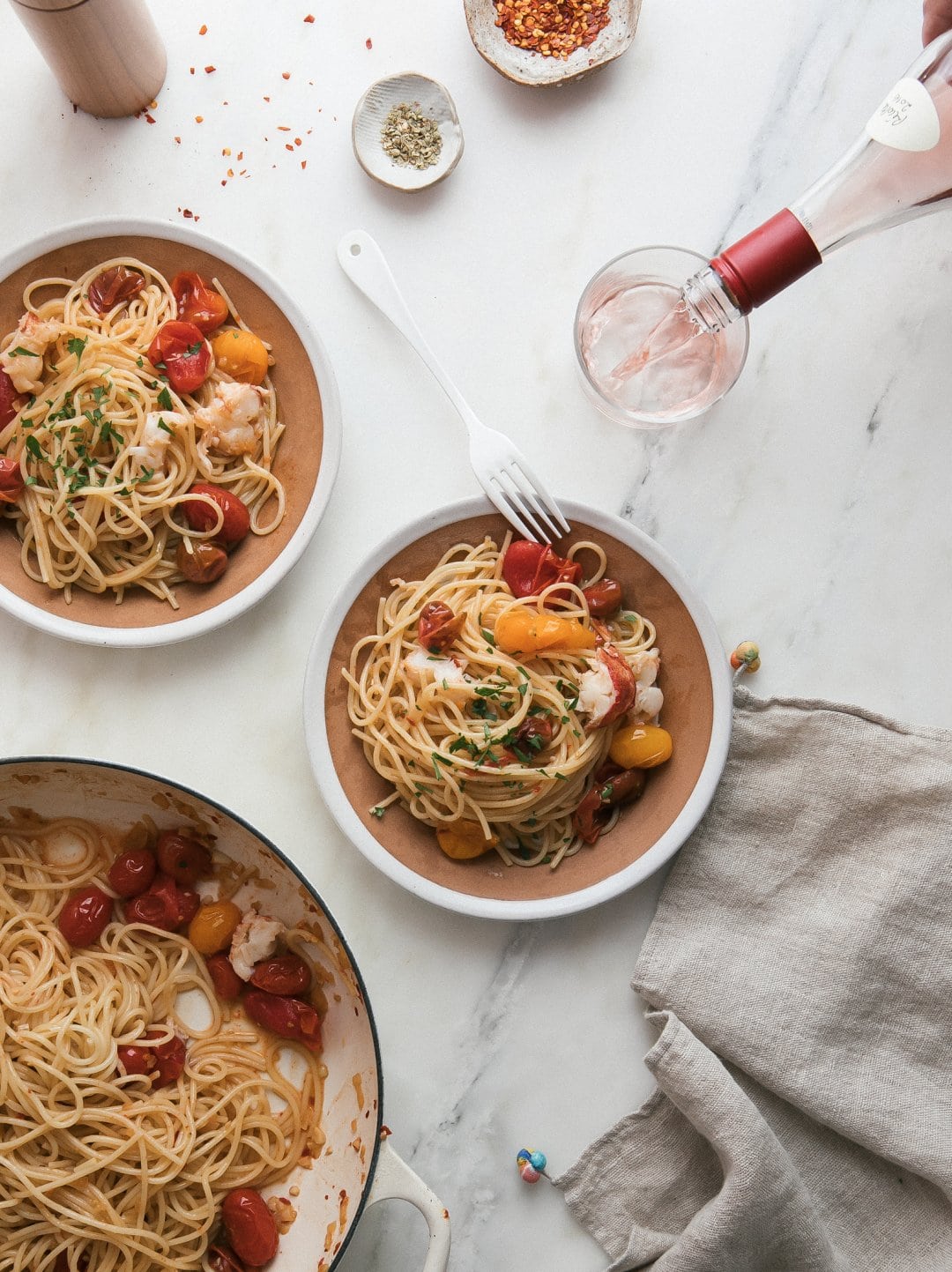 Lobster Pasta with Cherry Tomatoes is the perfect example of a payday pasta. When you’ve got a little extra money to spend on dinner, buttery lobster is the way to go. Blistered cherry tomatoes in a buttery garlic sauce just make it that much better. 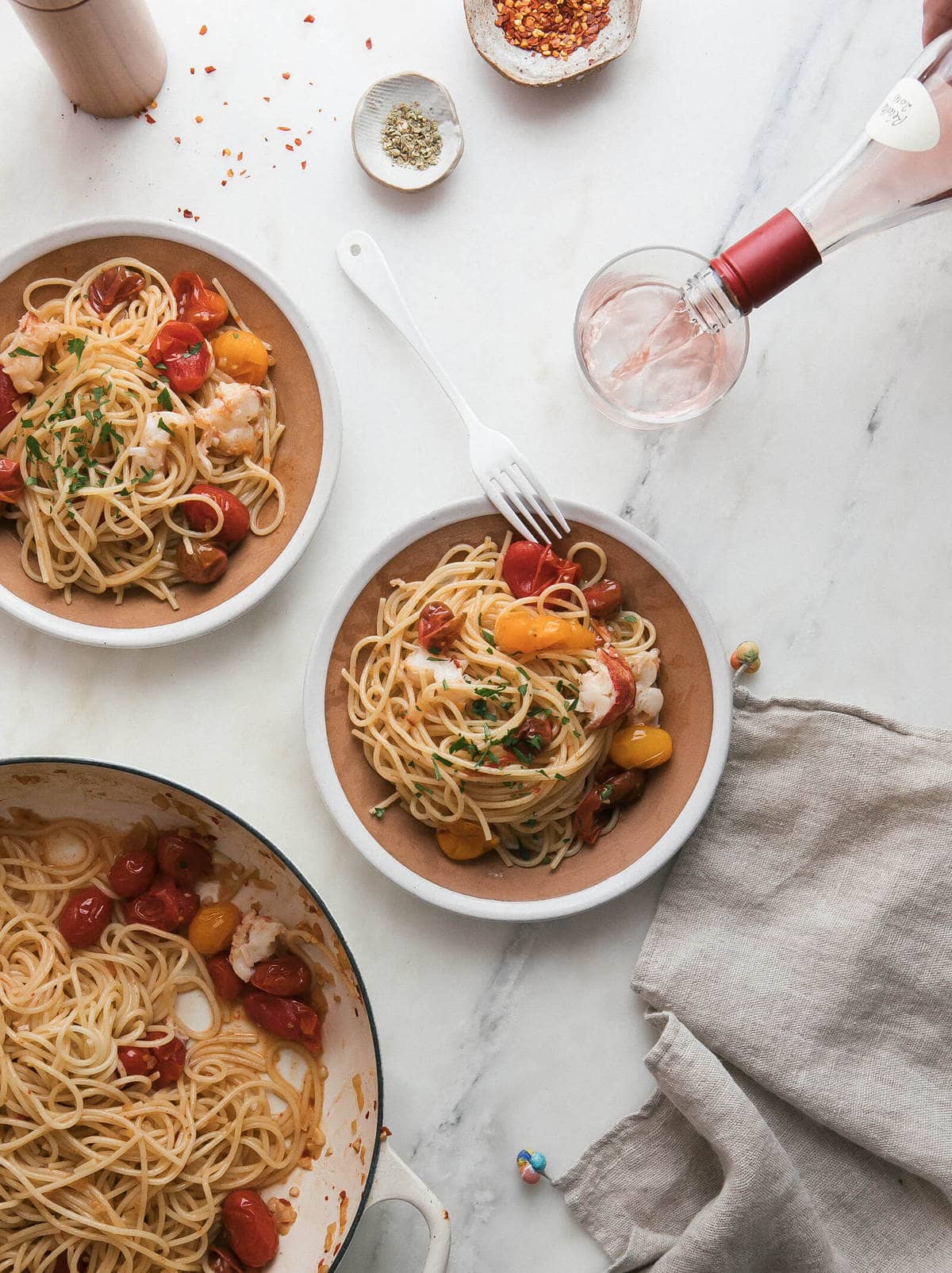 I went to the market and bought two lobster tails for about $20, I definitely was like “dang, ok. lobster is legit expensive.” And I still had to buy all of the other ingredients. I think my total bill came to like $30 or $35 dollars for this entire meal, which if you actually compare to a restaurant, it’s still cheaper.

The lobster tails were super easy. You drop them in boiling, salted water for a few minutes. That’s it! And then I used that same water to boil the pasta. It was a pretty easy dish that was SO SO good. I almost cried it was so good. And I ate way too much, maybe two servings.

I’m going to Italy next month so I’m trying to eat healthy up until then so I can enjoy eating all of the gelato, pasta ever. 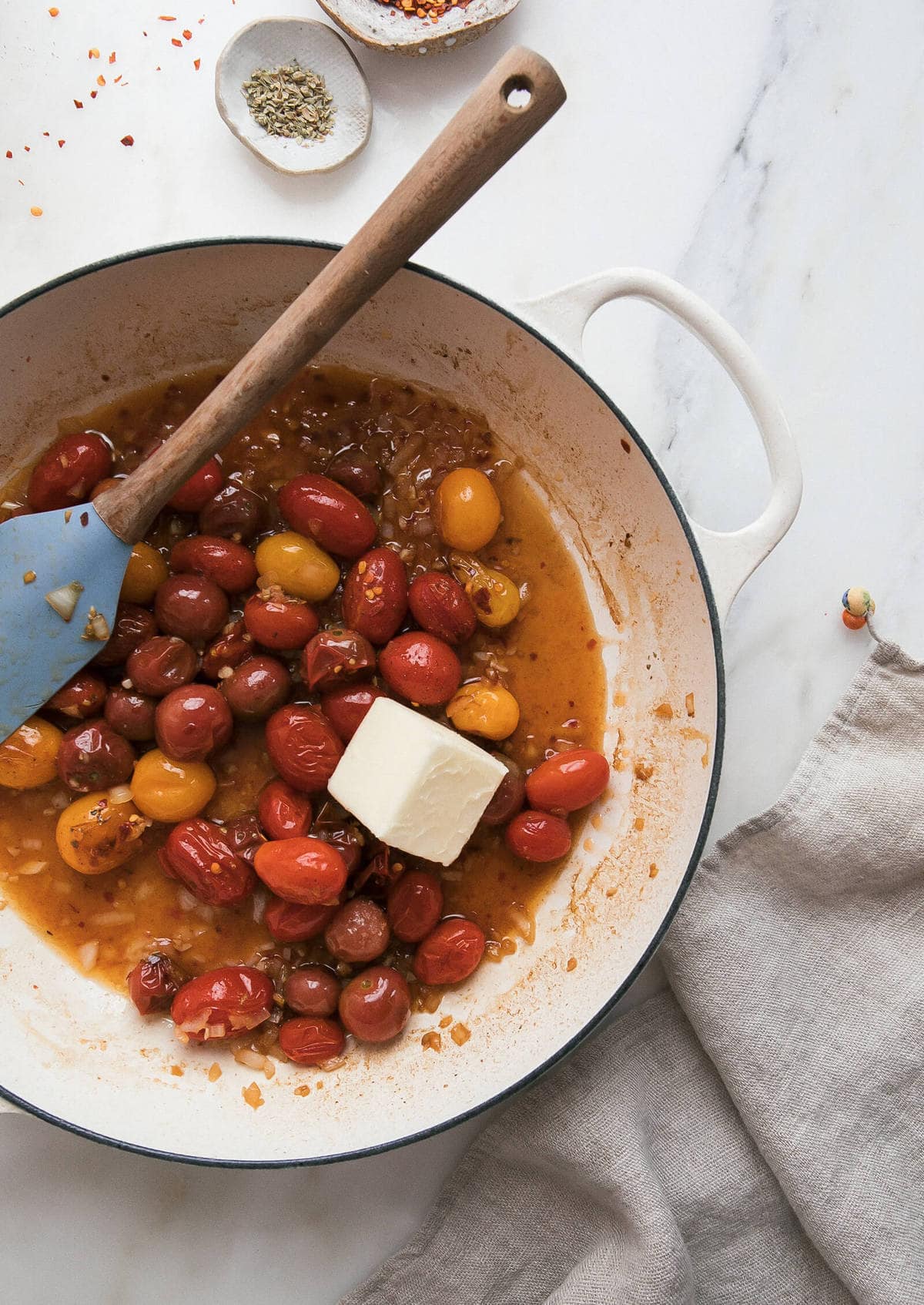 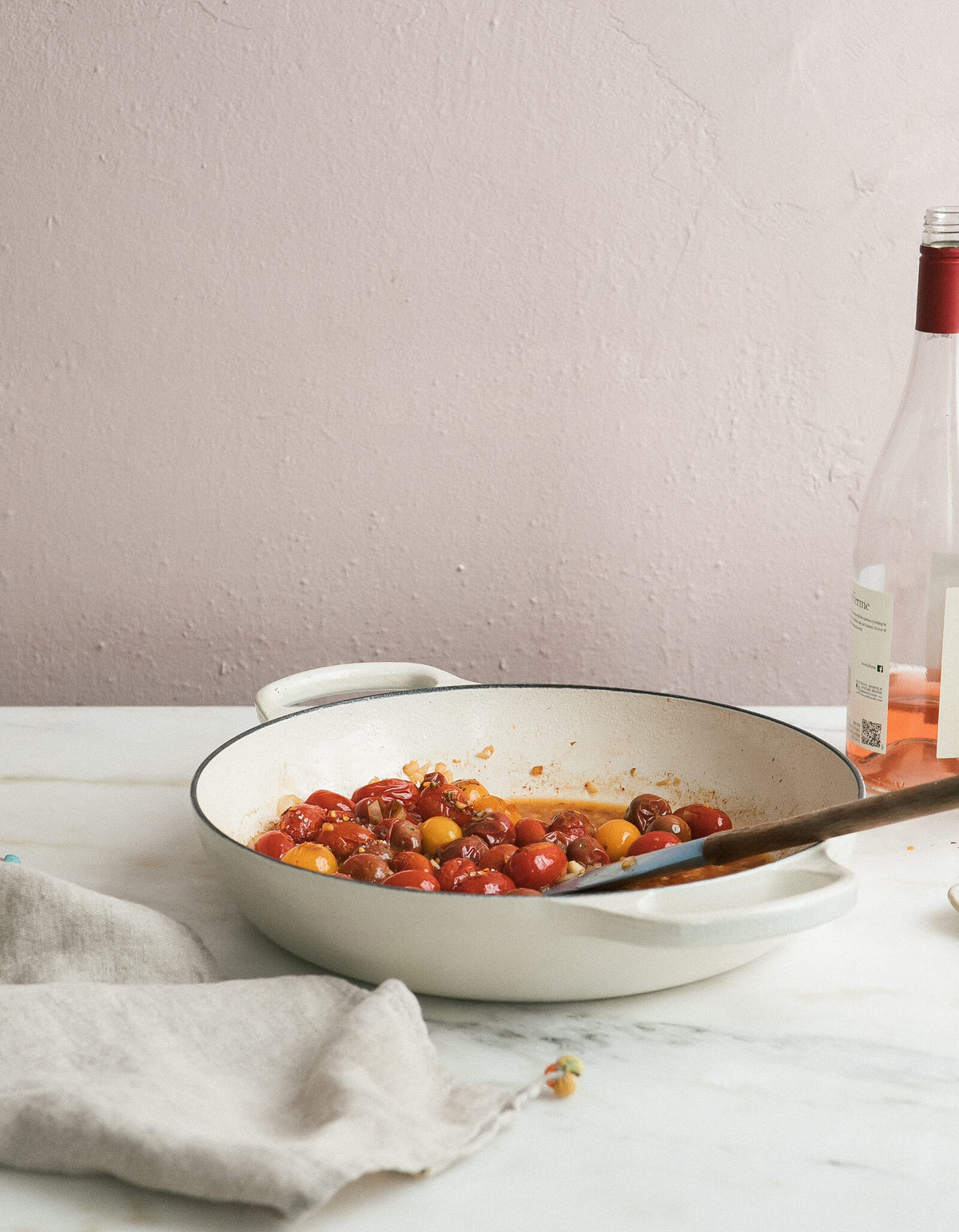 How to Cook Lobster Pasta with Cherry Tomatoes: 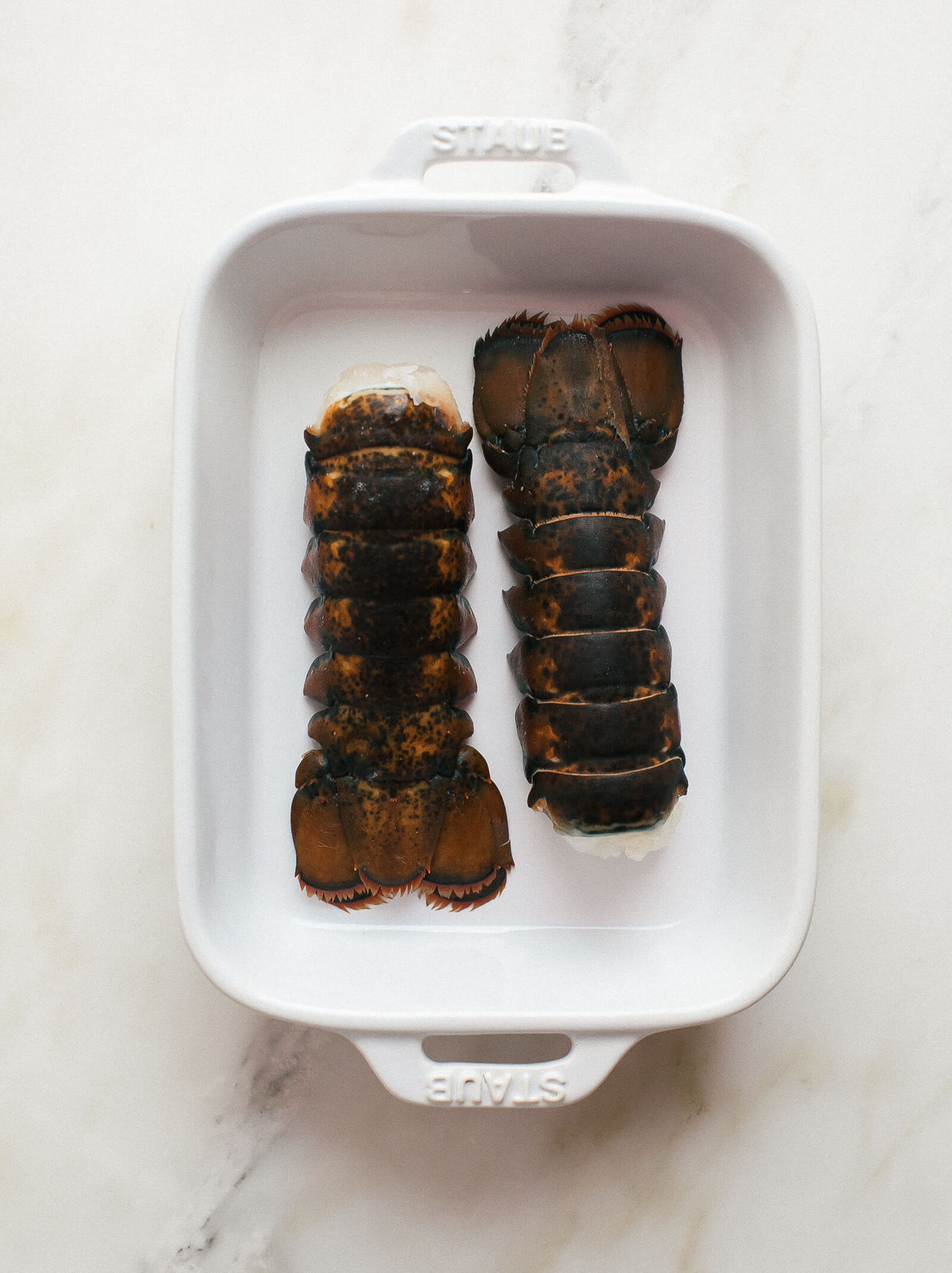 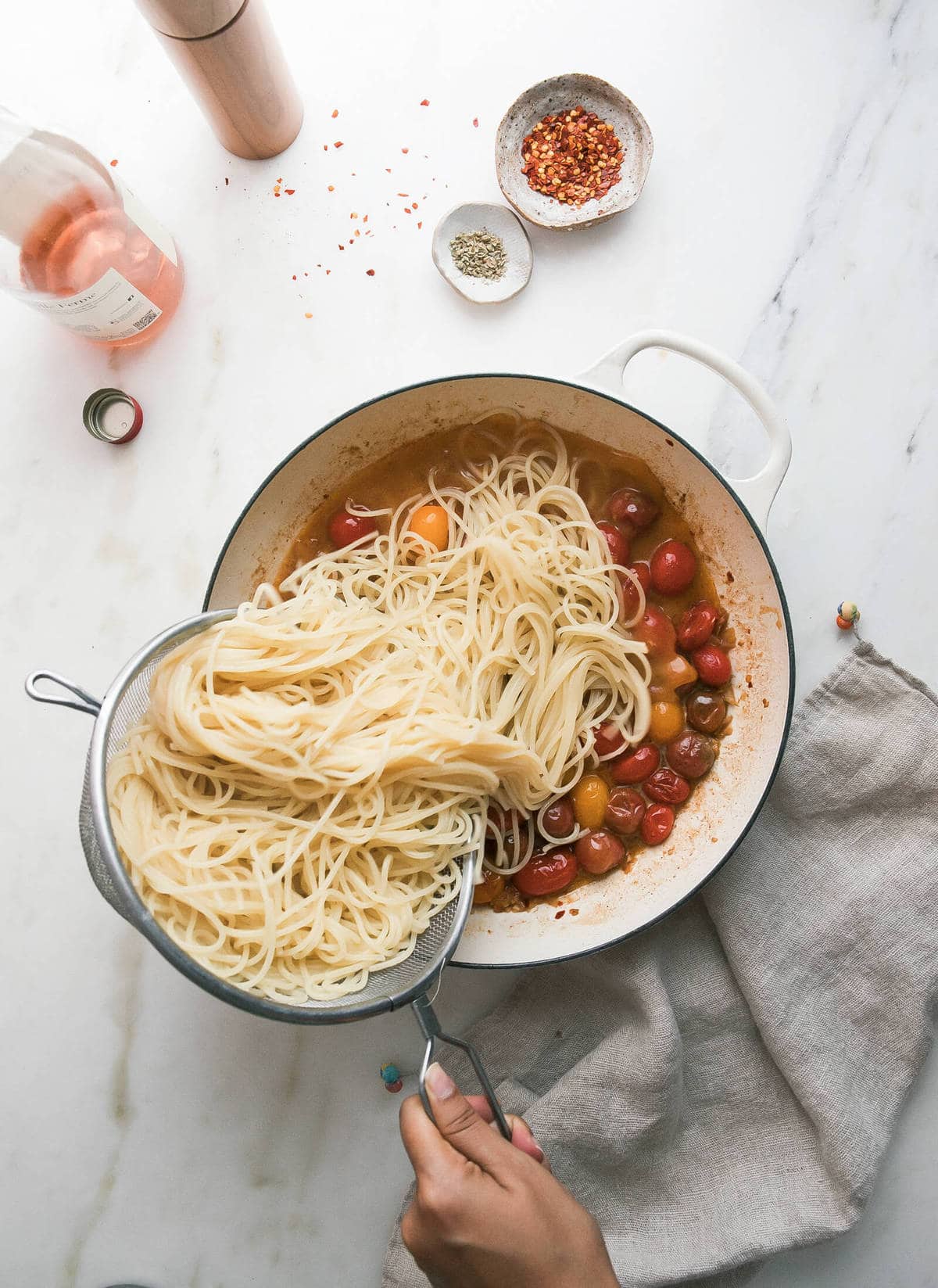 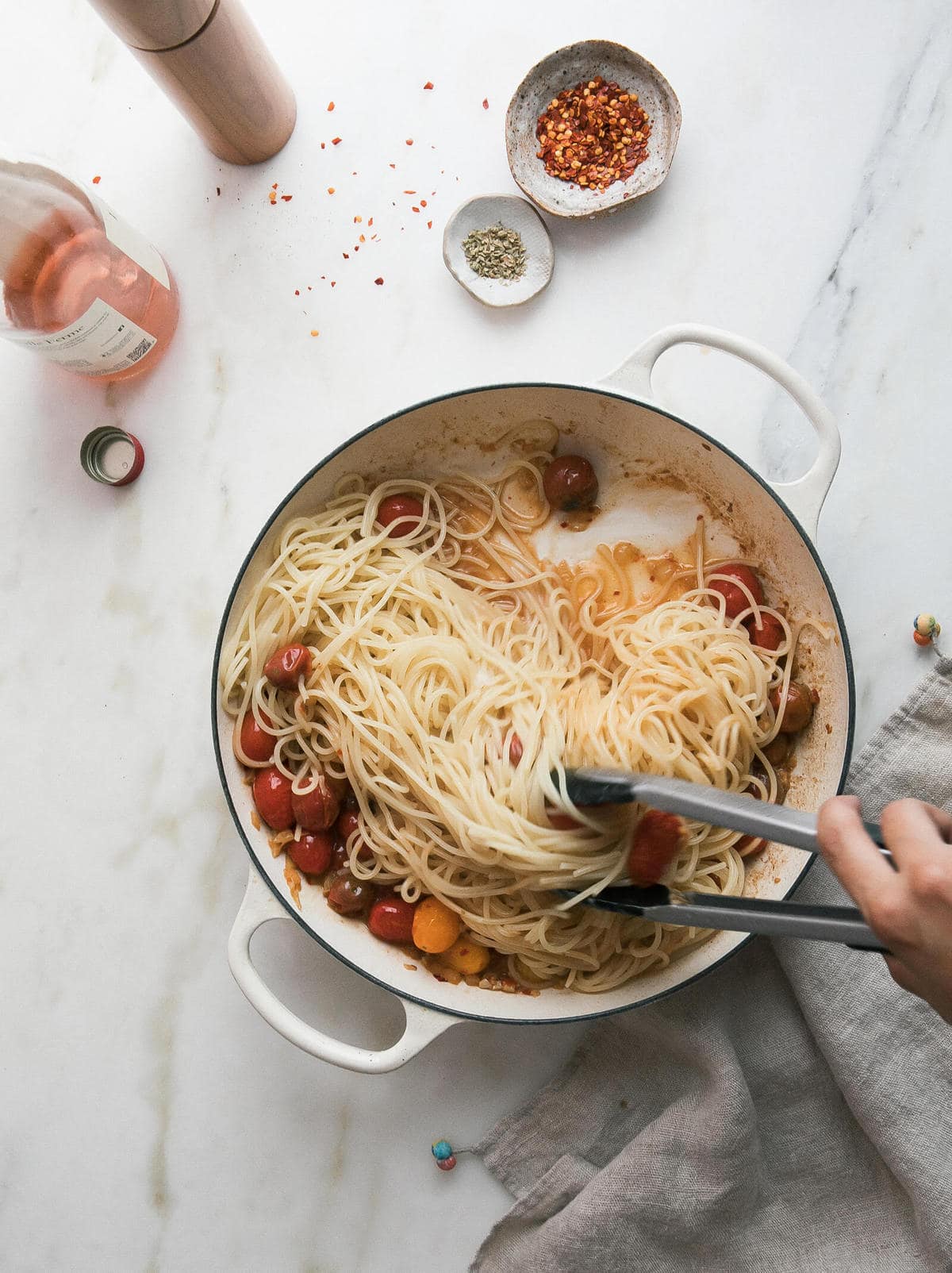 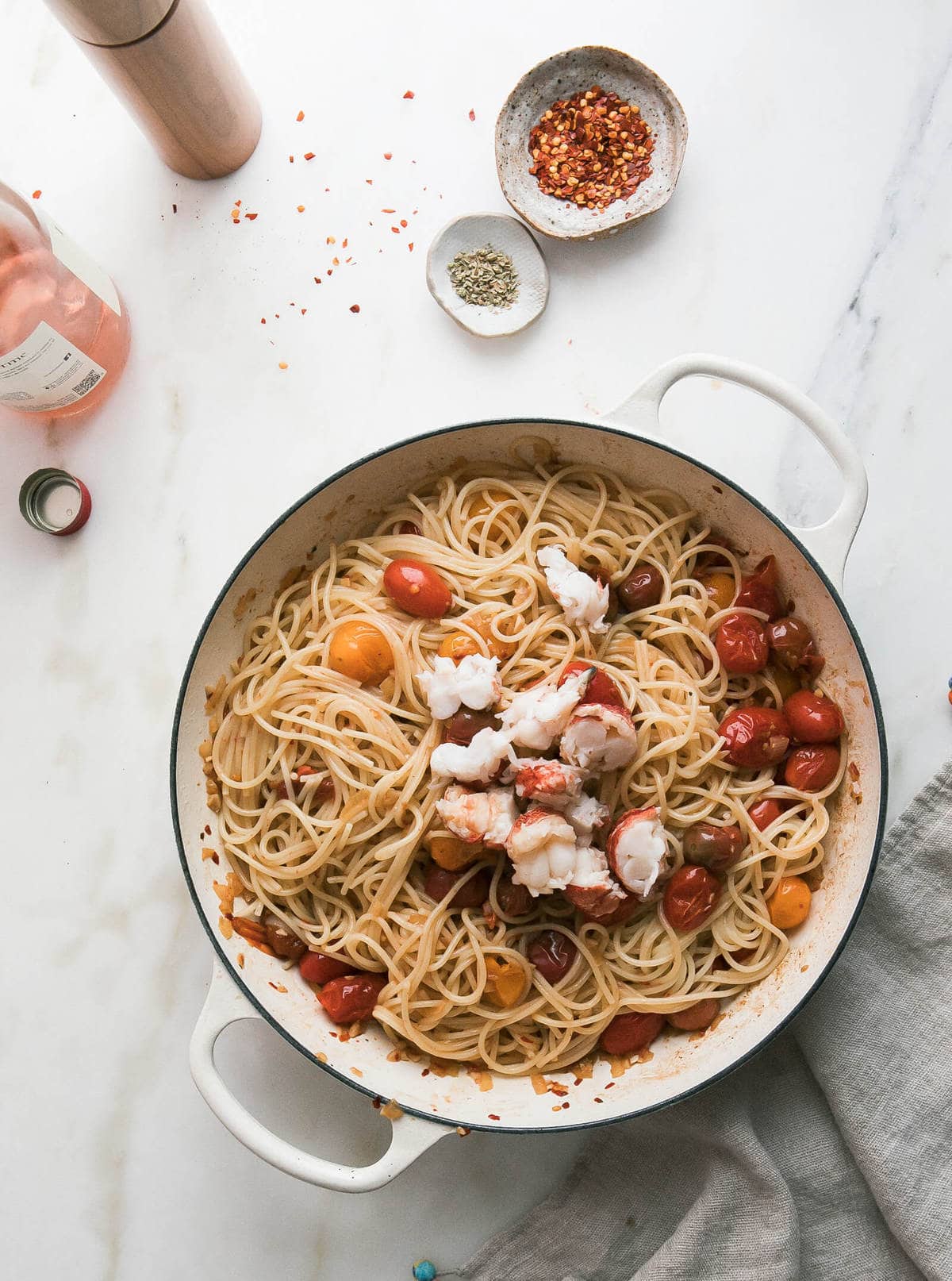 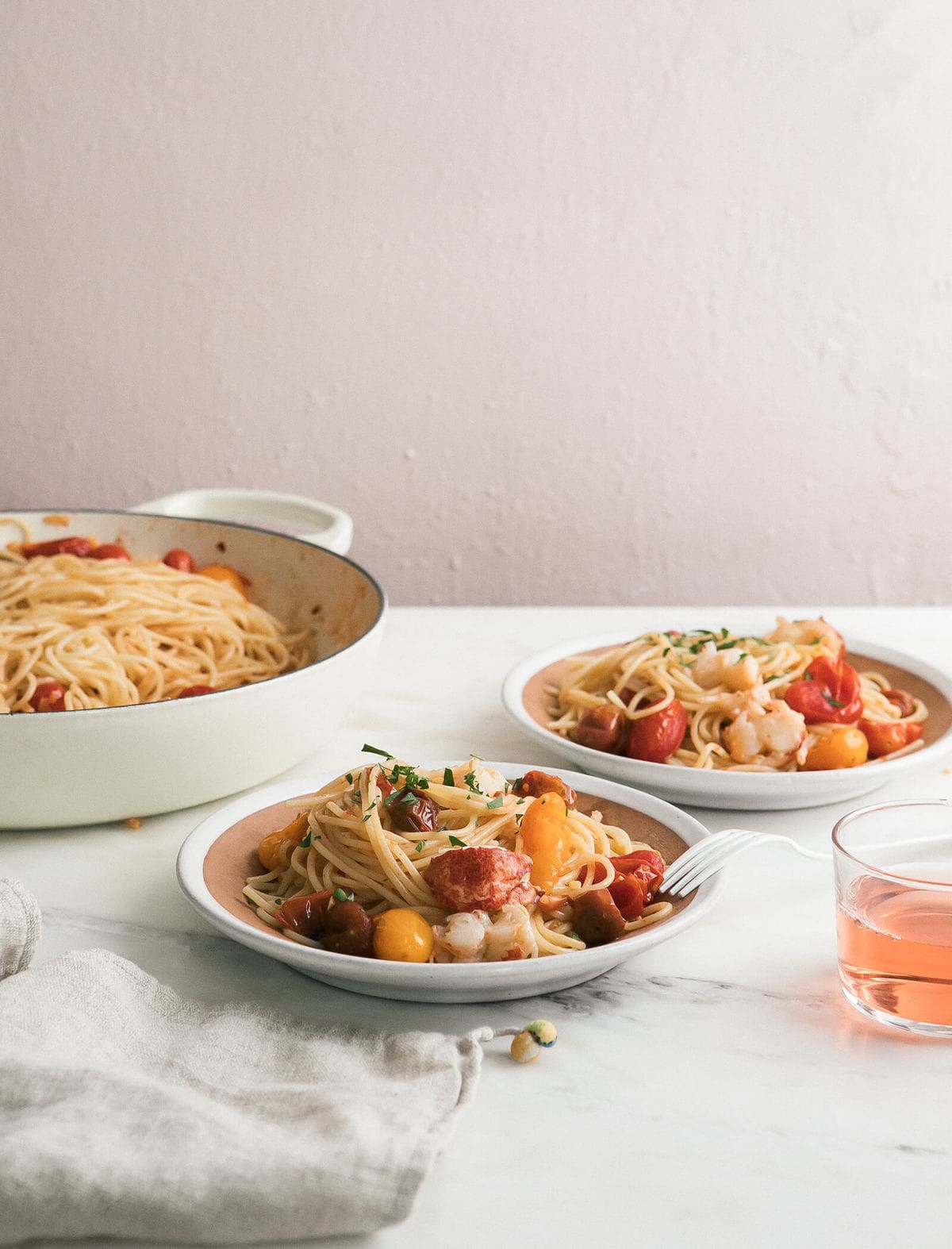 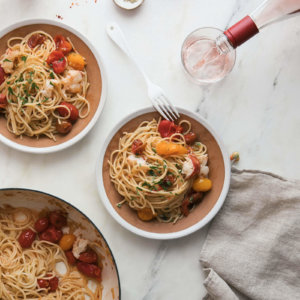 Did you make this? Let me know on Instagram!

Looking for more pasta recipes? Here are some of my favorites: 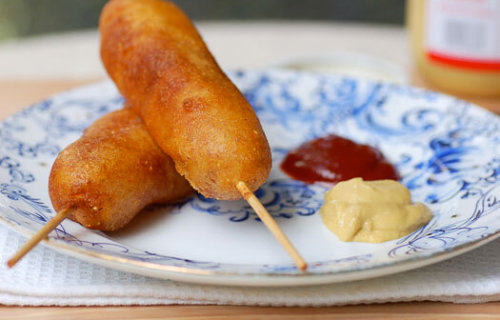 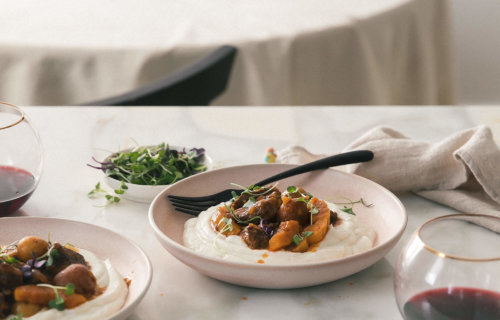 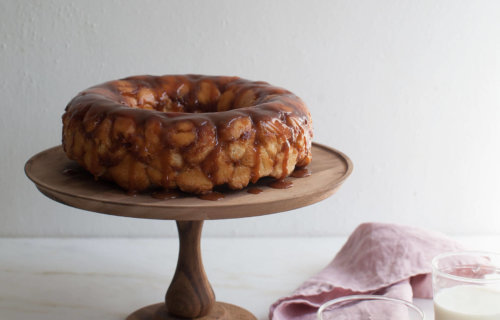