Published Mar 11, 2016Last Updated Jan 27, 2019
Jump to Recipe
Pin RecipeLeave a Comment
If I could eat any meal, at every meal, until the day I die it would be breakfast. OF COURSE IT WOULD BE. This recipe is inspired by one of my favorite cereals of childhood: Cinnamon…
Prep Time: 10 minutes
Cook Time: 20 minutes 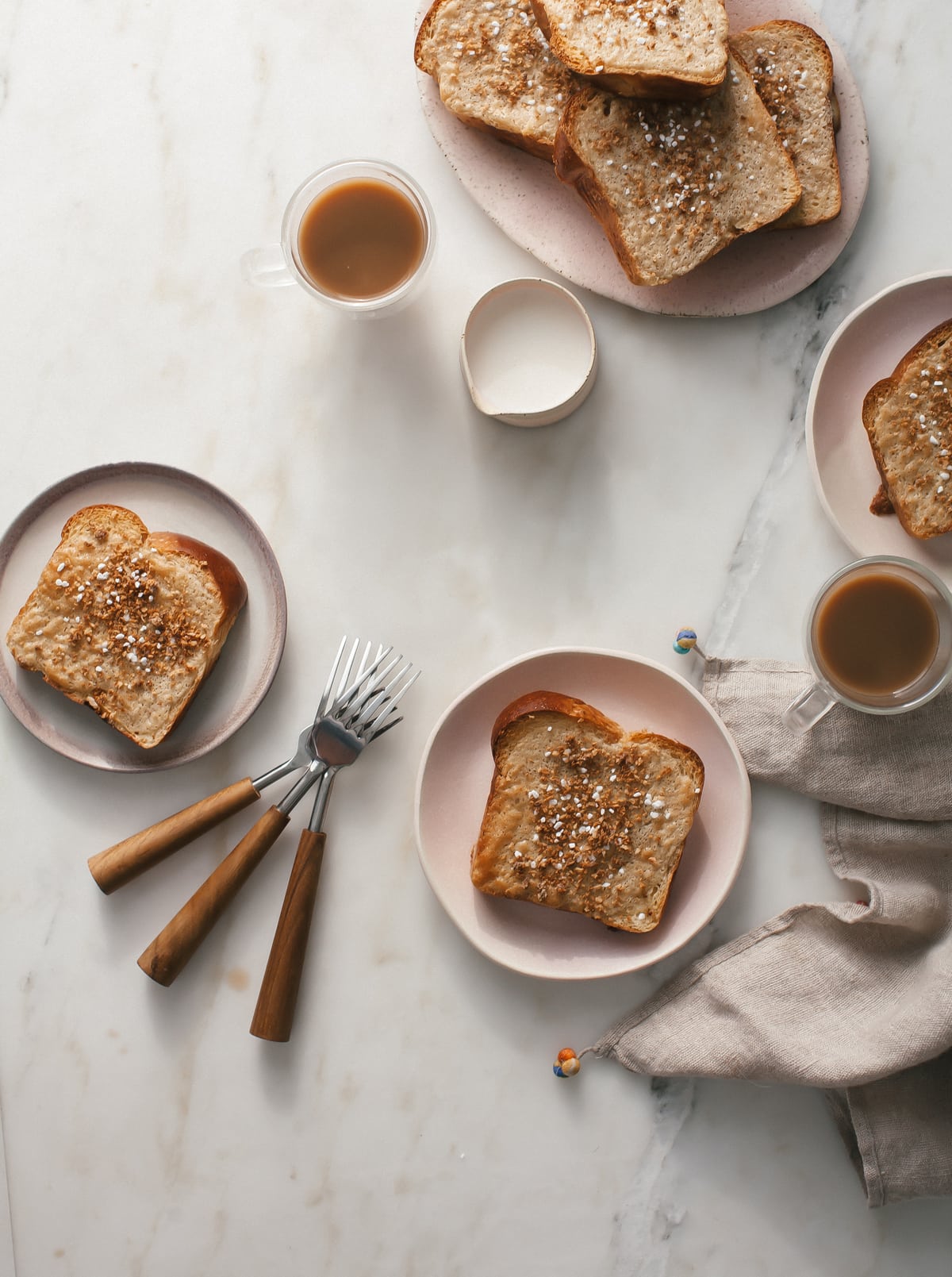 If I could eat any meal, at every meal, until the day I die it would be breakfast. OF COURSE IT WOULD BE.

This recipe is inspired by one of my favorite cereals of childhood: Cinnamon Toast Crunch. I feel like there were a lot of high maintenance cereals, and cinnamon toast crunch was in that category. You couldn’t add too much milk and you had to eat that shit FAST. It got soggy a little too quickly for my taste but when it was crunchy and on point, man, was it good.

Other cereals that I loved as a kid:

1. Honey Nut Cherrios
2. Honey Bunches of Oats (I liked honey can you tell?!)
3. Raisin-Bran (I was a sheltered child!)
4. Grape Nuts (my life was terrible!) 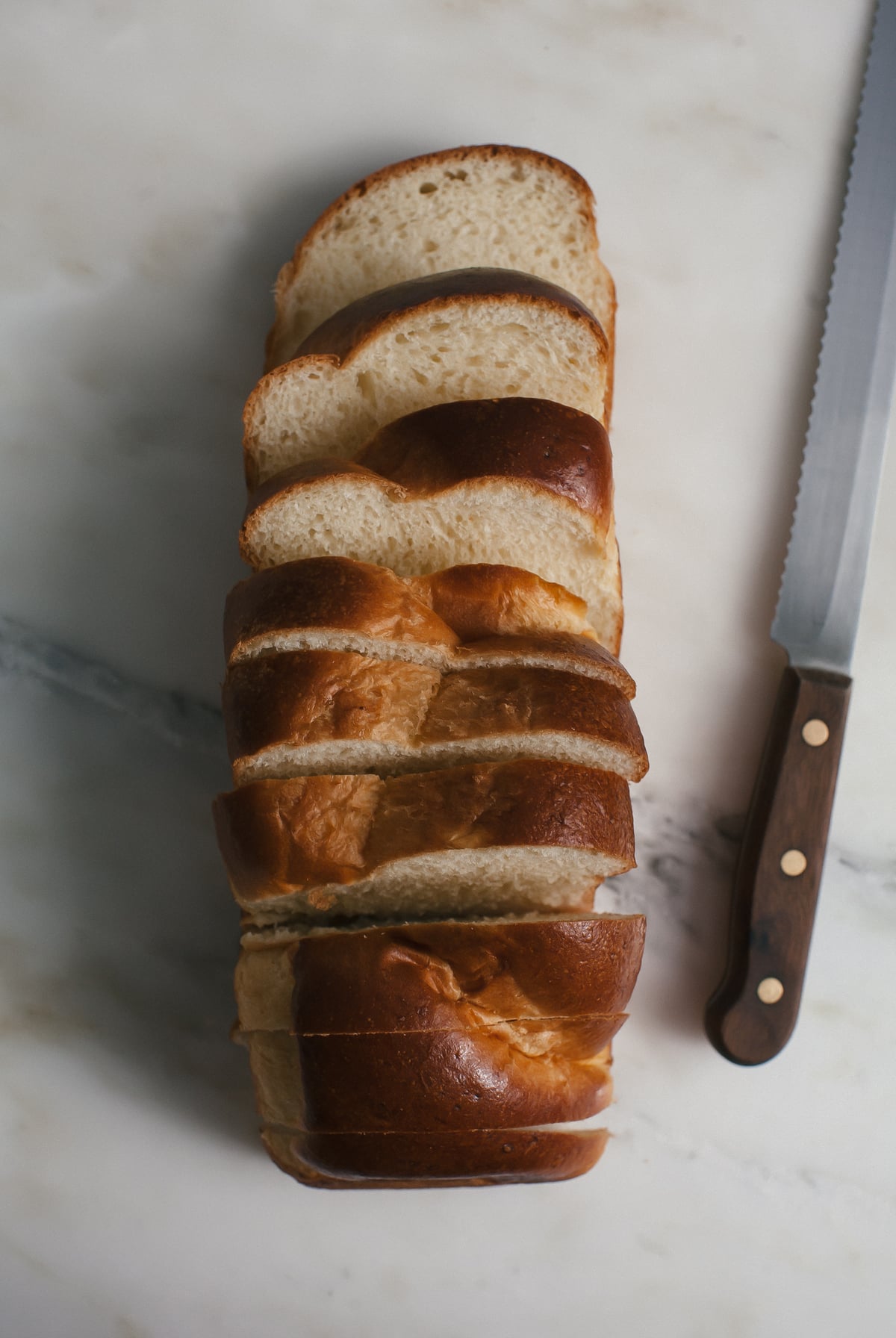 Other cereals that I loved but only enjoyed at friends’ house bc my parents hated fun a.k.a. sugary cereals: 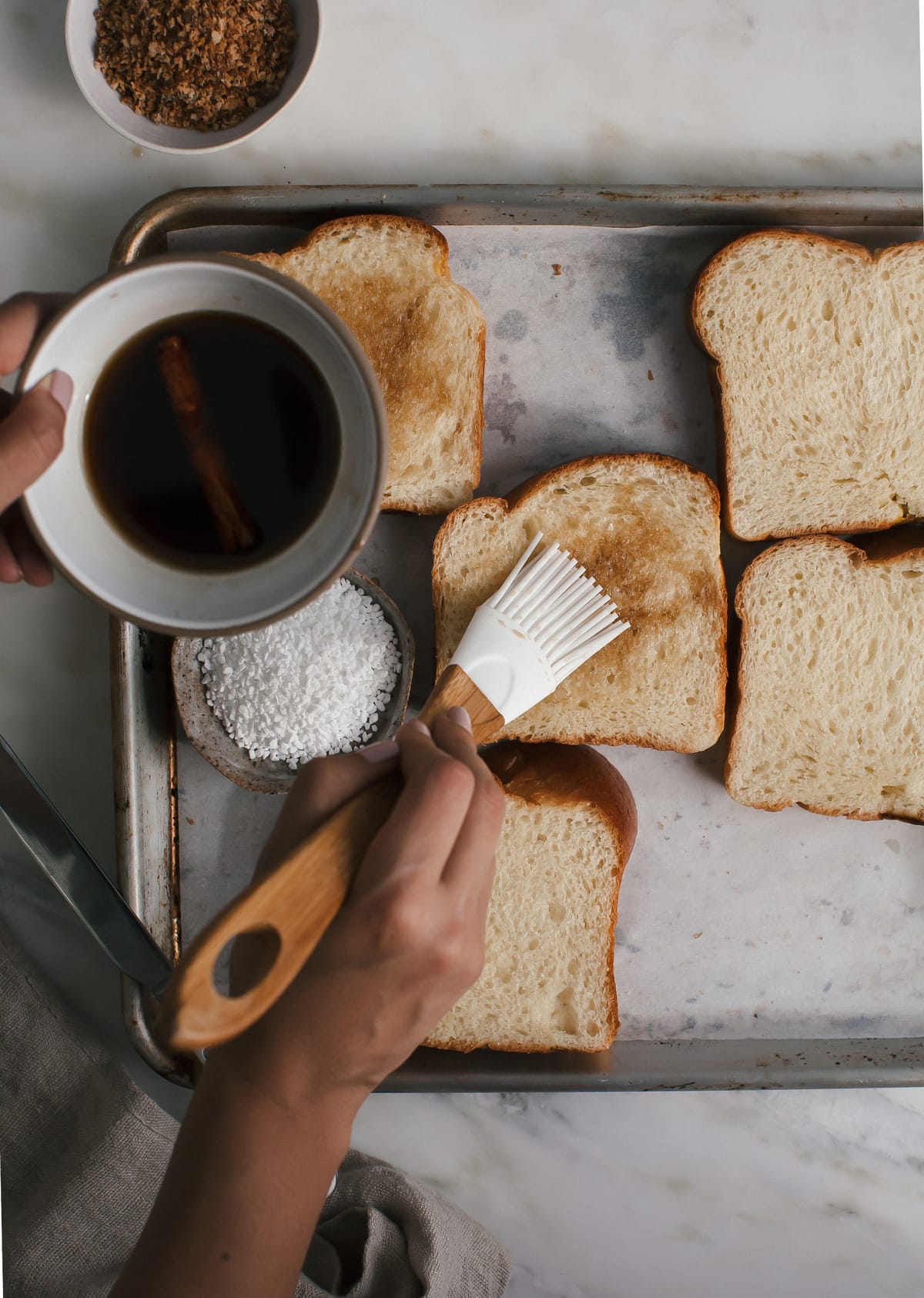 This recipe was inspired by my love of cereal. This is obviously way fancy and bigger. Think of it like gigantic cinnamon toast crunch.

Ok I’m going to change directions rn. Do you know what bostock is? It’s like a fancy French toast. One of my favorite cookbook writers, Flo Braker, wrote about it a few years ago.

It starts with a syrup that’s brushed on both sides of preferably day-old brioche (but frankly you can use a fresh loaf too).

Then the thing I like to call “cinnamon smear” is mixed up, which consists of butter, flour (to thicken it), egg, sugar and cinnamon. This is smothered all over the thick pieces of brioche and then the entire thing is baked. 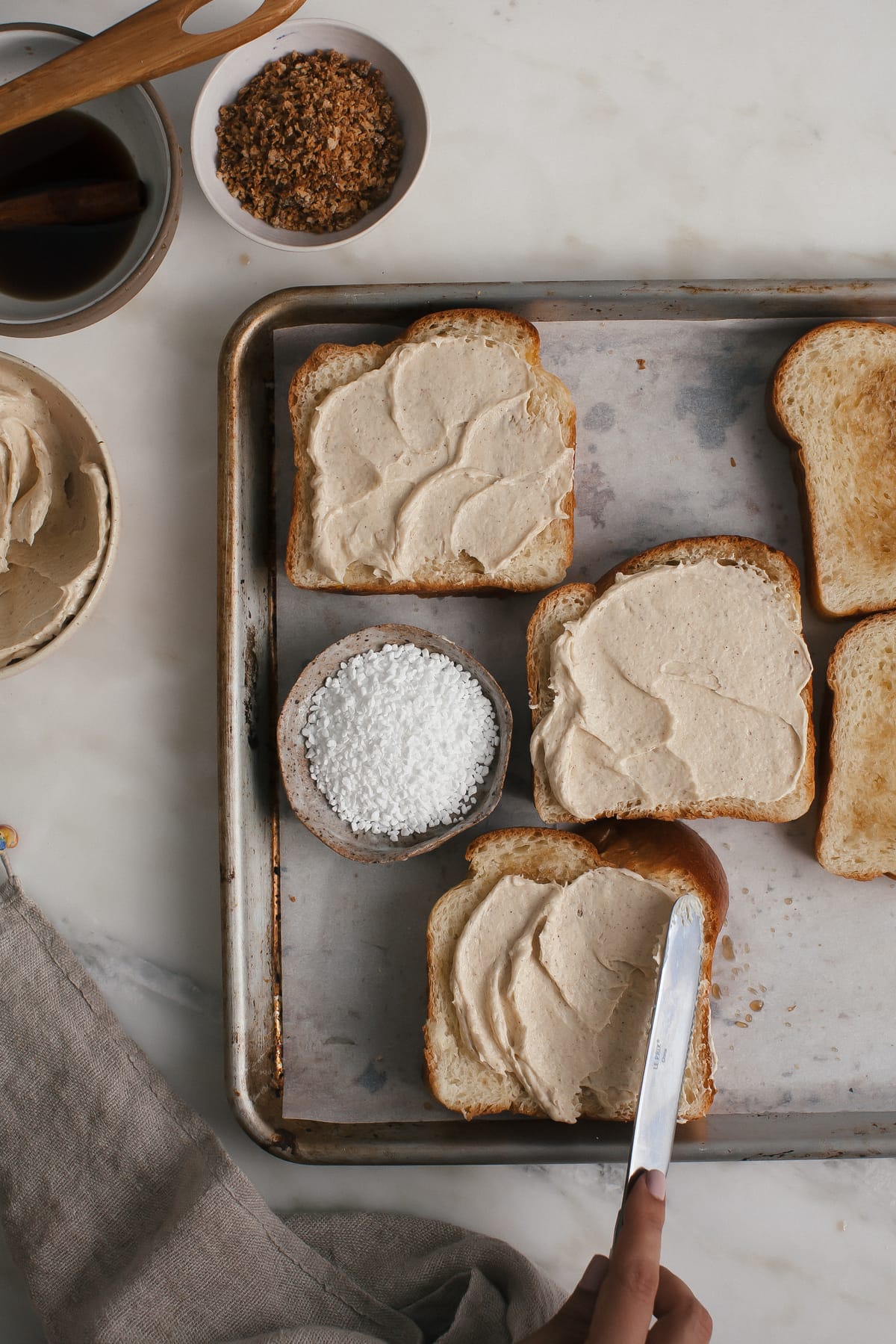 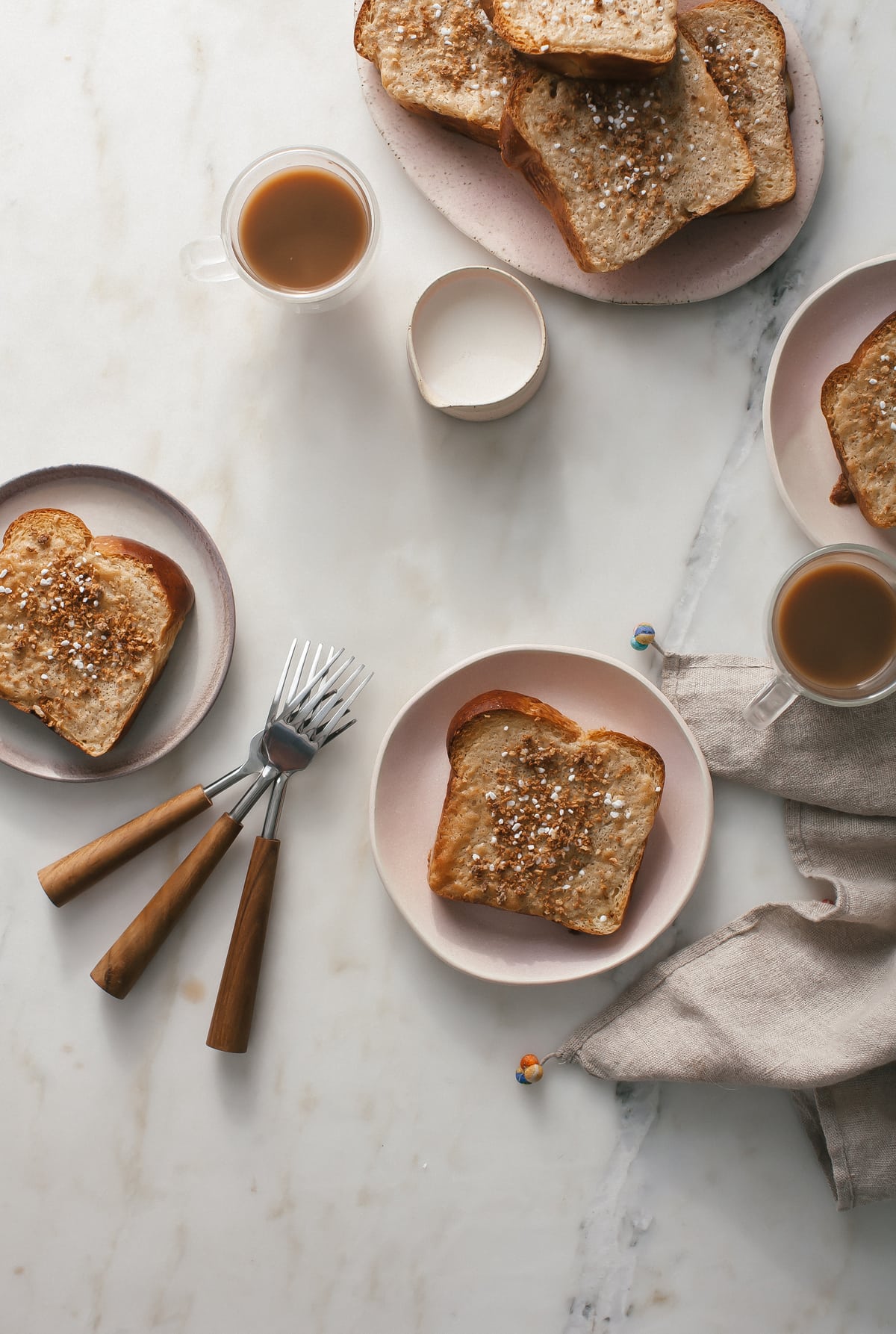 The crunch crispies on top add the perfect amount of texture.

Think of this recipe like fancy French toast meets cinnamon toast crunch cereal. I feel like I’m over explaining it but it’s actually quite simple and comes together so easily. And the pay off is HUGE.

The Swedish pearl sugar is there for looks and some added sweetneess and crunch. It’s definitely not necessary but I do love it. I bought it on this v obsecure website called Amazon. 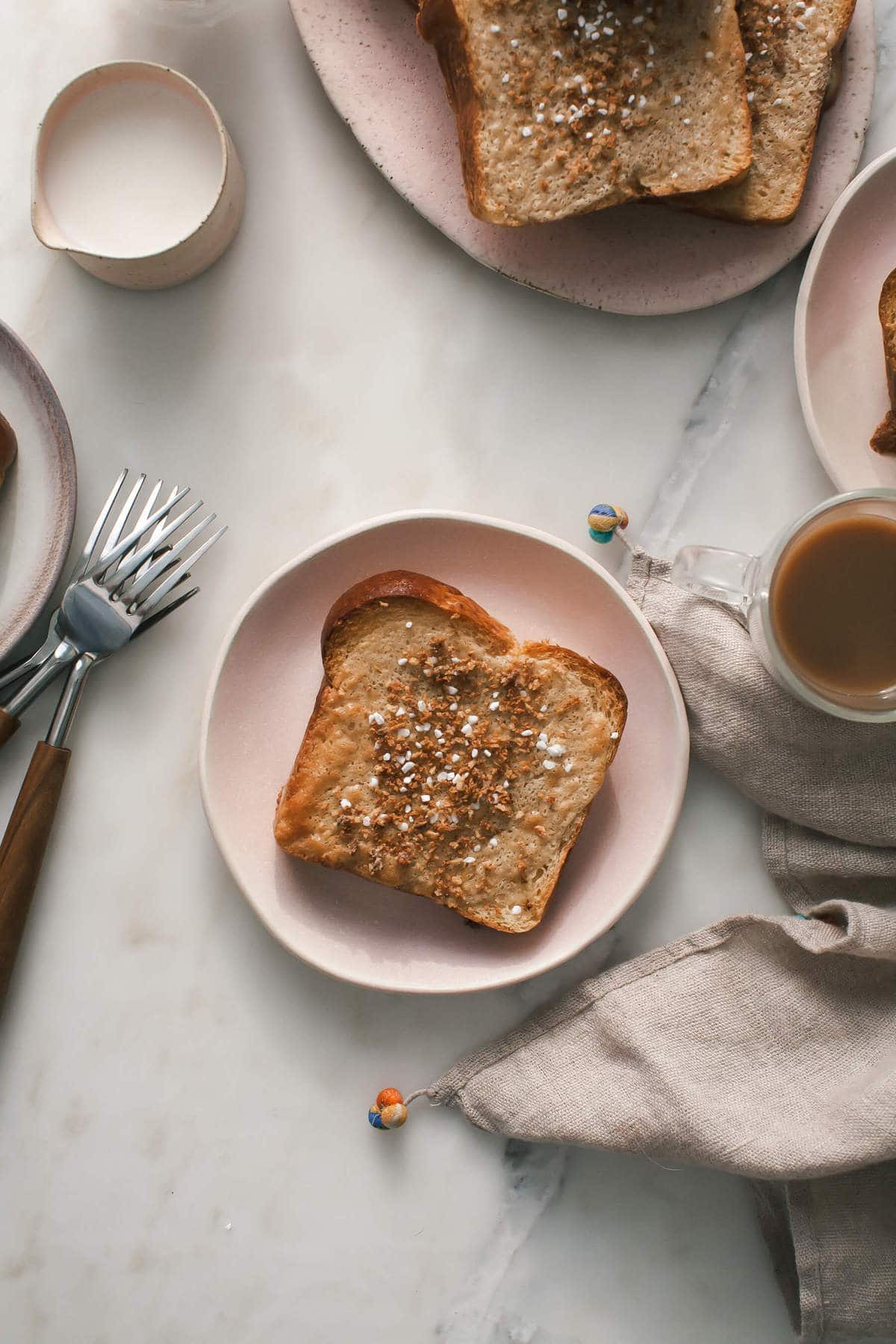