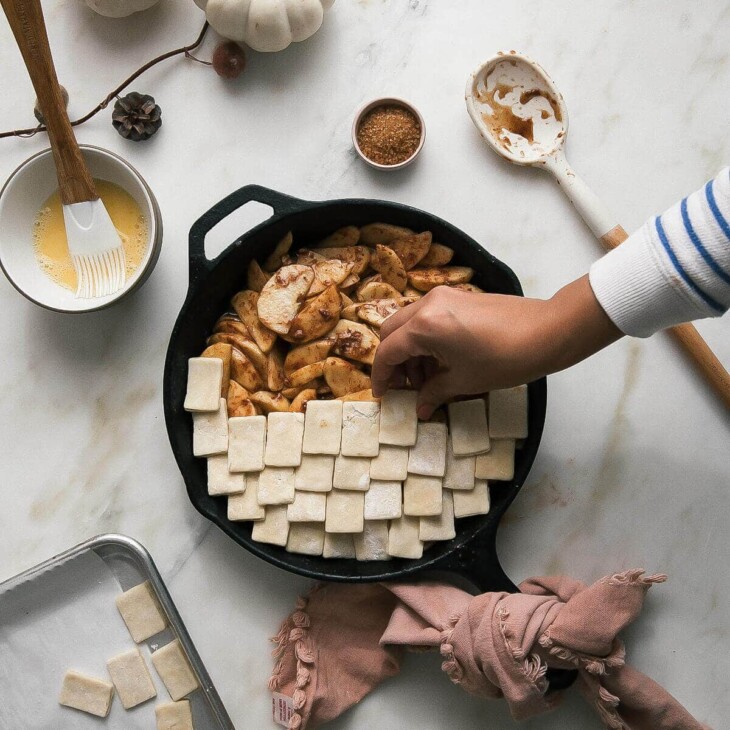 Apple Pandowdy is a sort of pie cobbler hybrid, gooey apple filling topped with tiles of pie crust. I added some extra flavor to mine by adding butterscotch flavors to the filling.

A pandowdy is not something I invented, it’s an old school American dessert that originates in Pennsylvania.

With this recipe, it starts by making a butterscotch in the pan the apples are made in so it’s suuper simple. And then you add the apples and top it with the pie crust cut outs. It goes in the oven and DONE!

It’s a super simple recipe for someone who wants the flavor of pie but wants to skip the whole process! I, of course, used a homemade pie crust but you could use store-bought too. 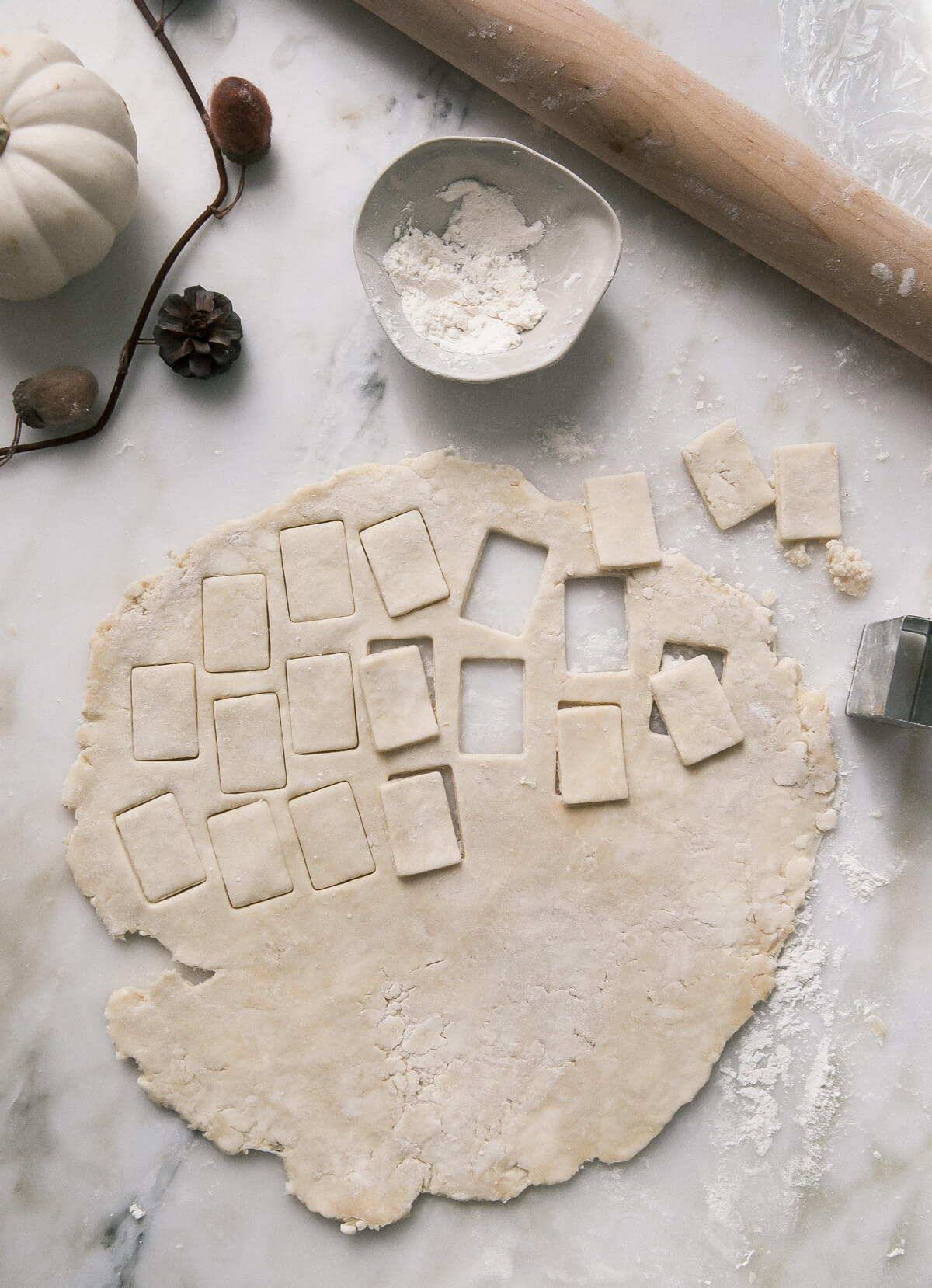 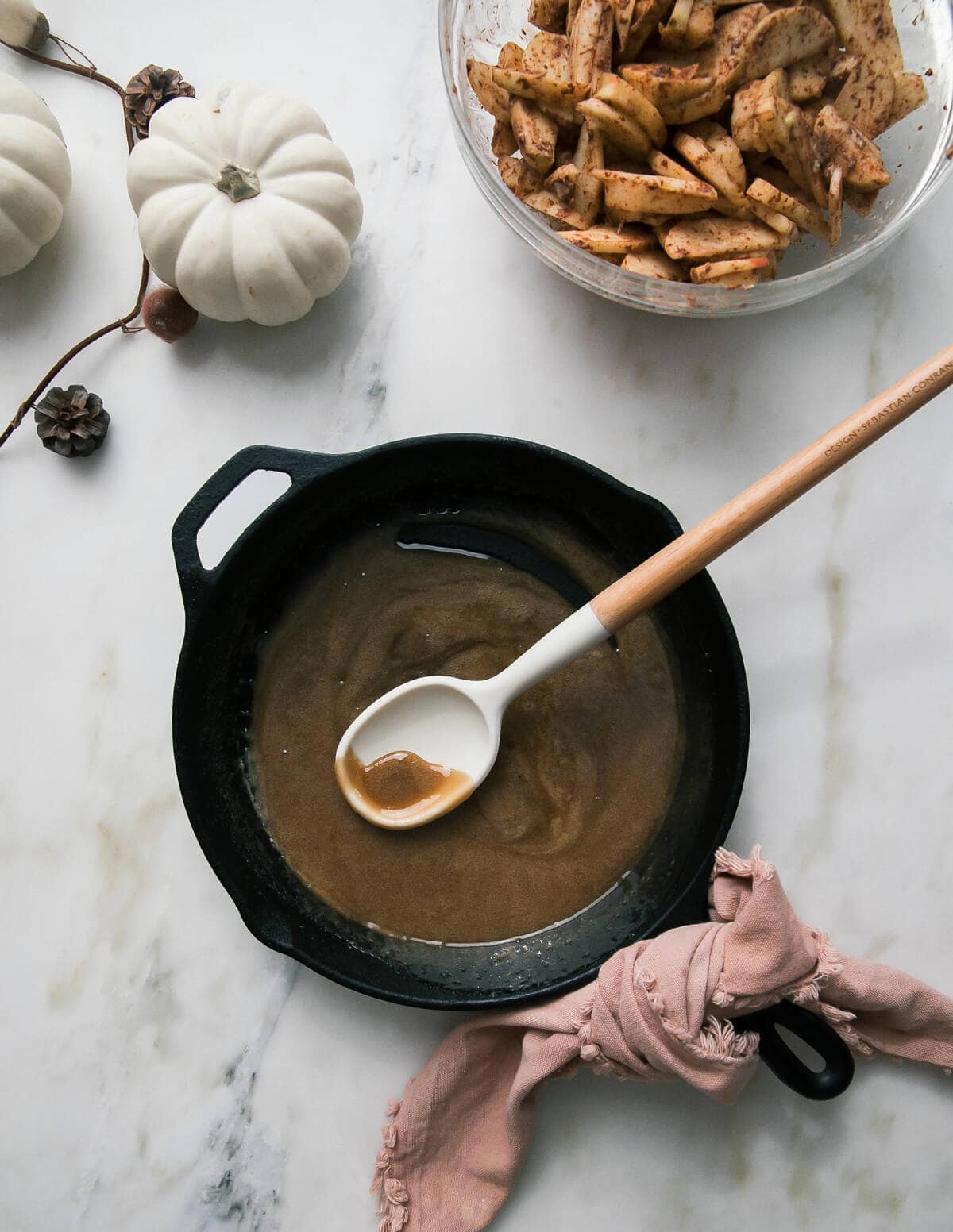 Where is Apple Pandowdy from?

Pennsylvania Dutch Country! It dates back to colonial times and over time has sort of evolved to a different dessert depending on what part of the U.S. you grew up in. 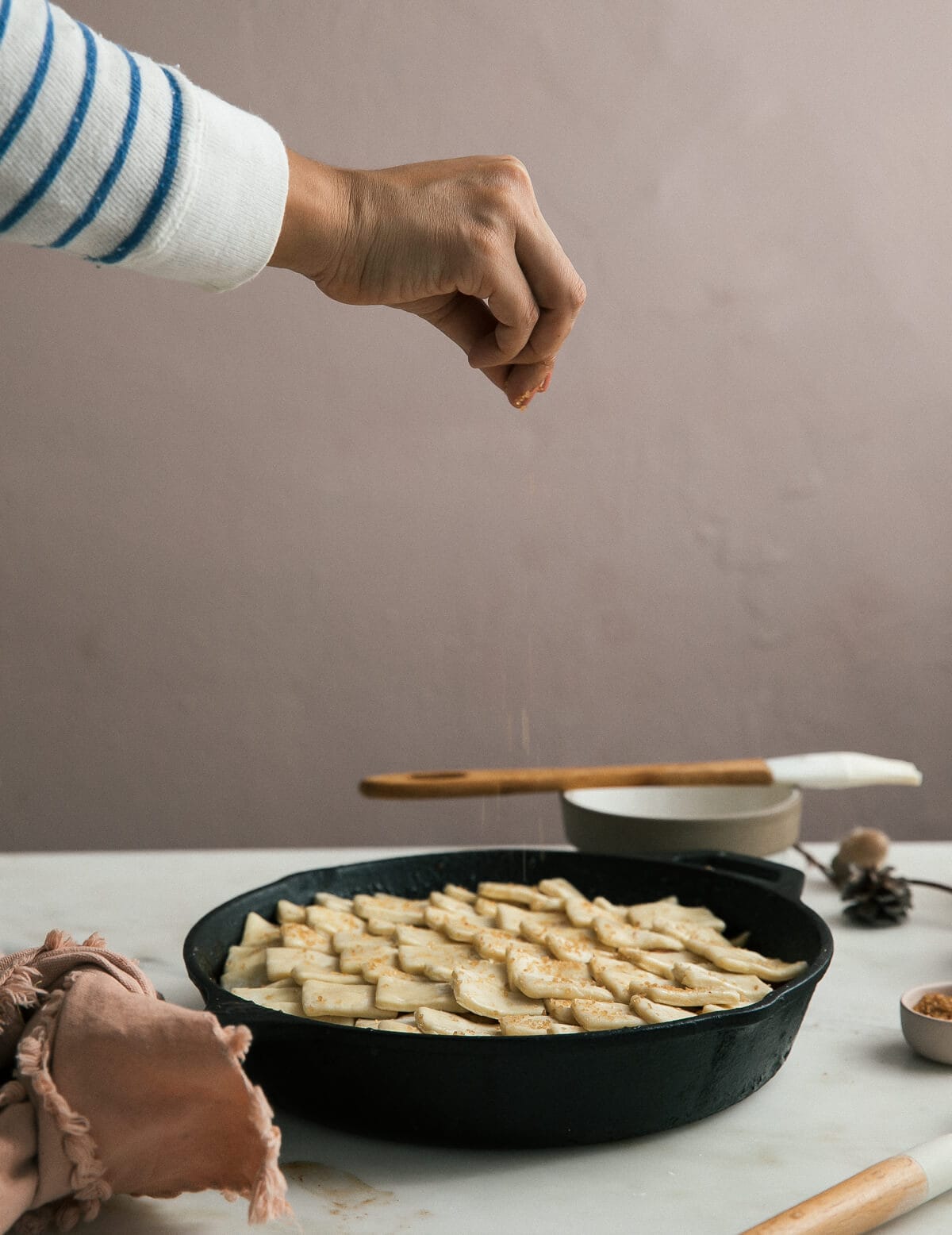 What is Apple Pandowdy?

It’s basically a skillet full of apples that are baked with just a pie crust on top. The only thing you have to do is roll out the pie crust and then cut it out using a cookie cutter. You could also just use slices, like abstract triangles that you could make with a knife. And that’s it! It’s super simple. 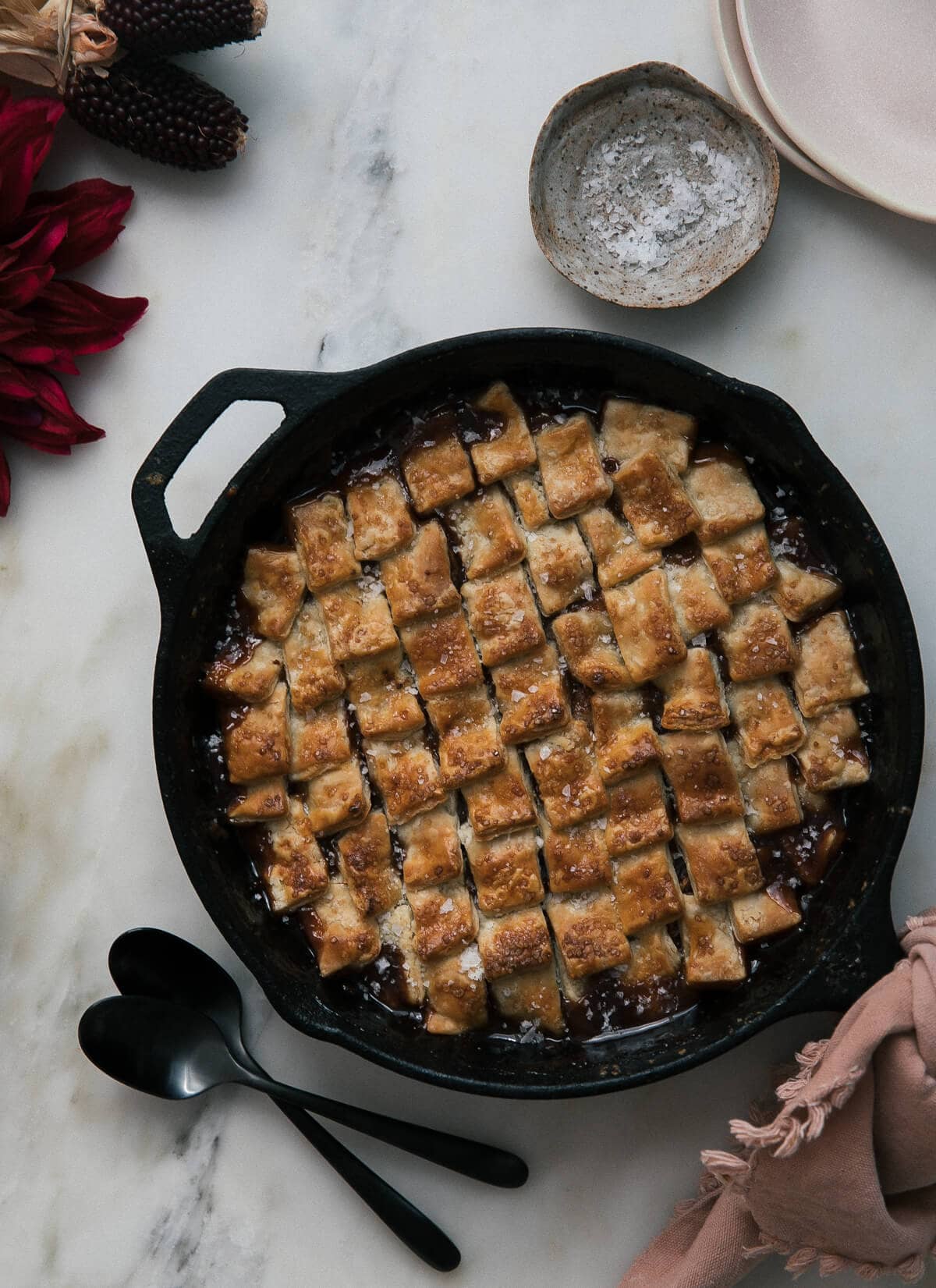 How to make Apple Pandowdy: 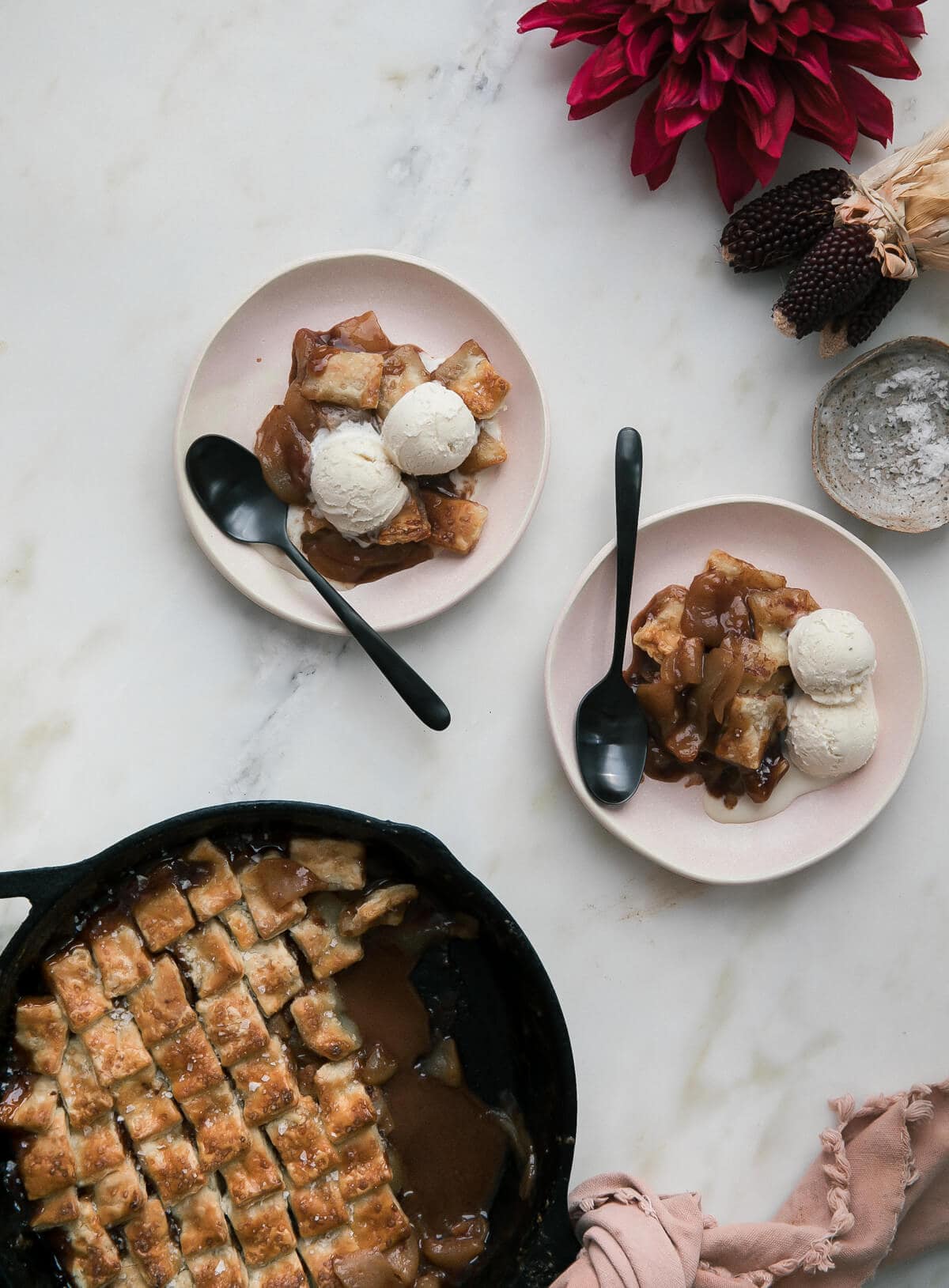 To Make the Pie Crust Pieces:

To Make the Apples:

To Make the Butterscotch:

Looking for more apple recipes? Here are some of my favorites: 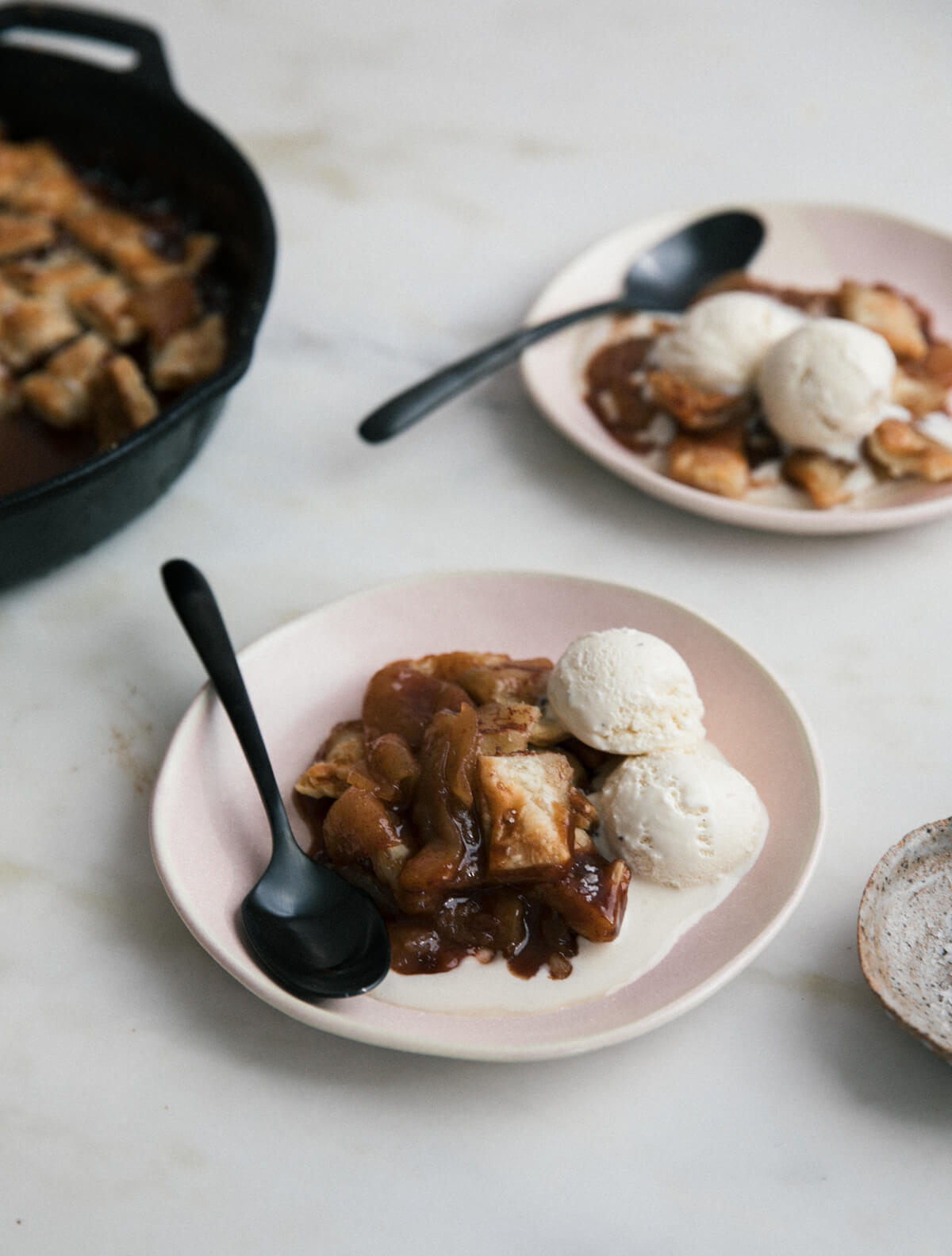