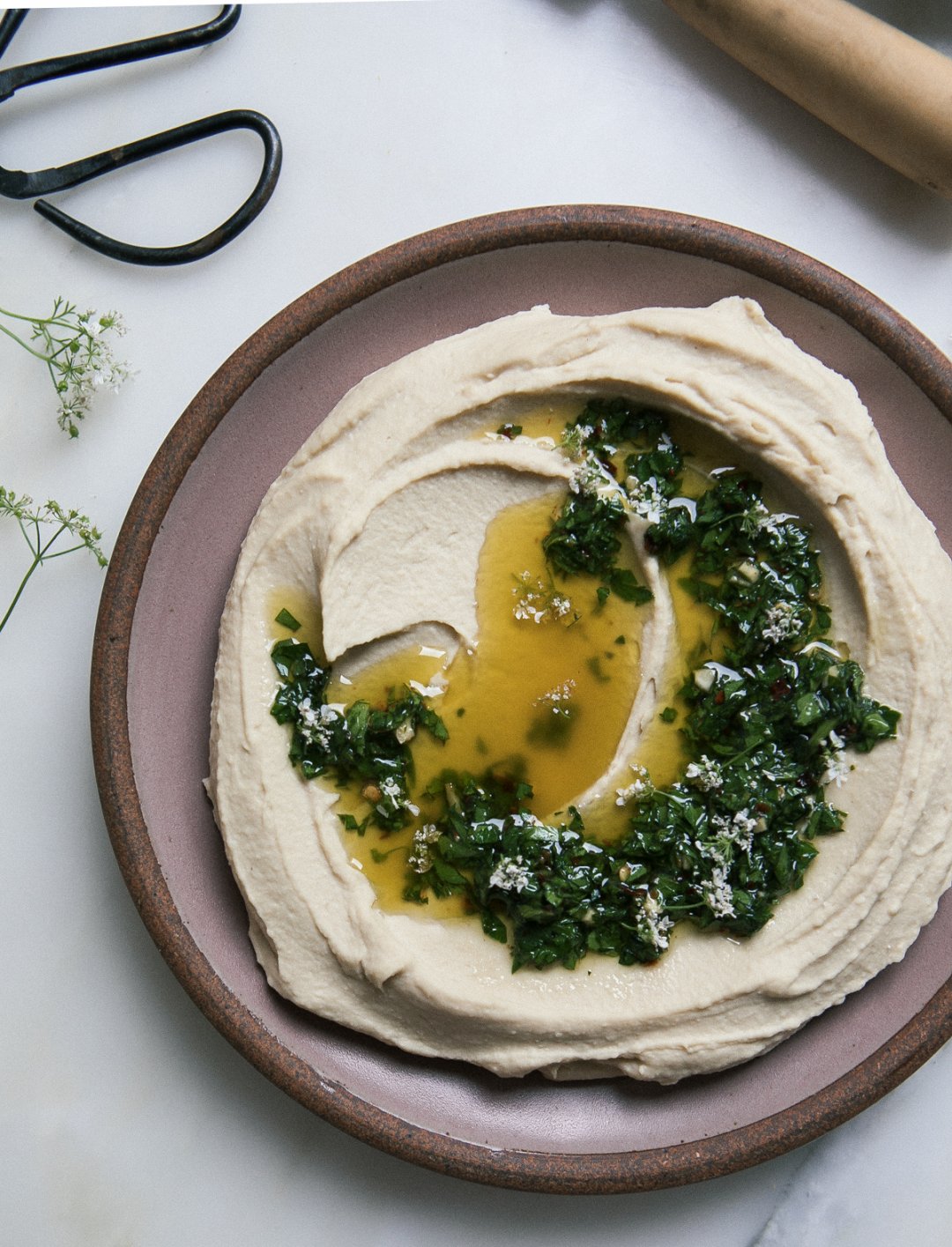 Making Instant Pot Hummus not only cuts down on cooking, it also helps break down the chickpeas more than cooking them on the stove, resulting in extremely smooth hummus. 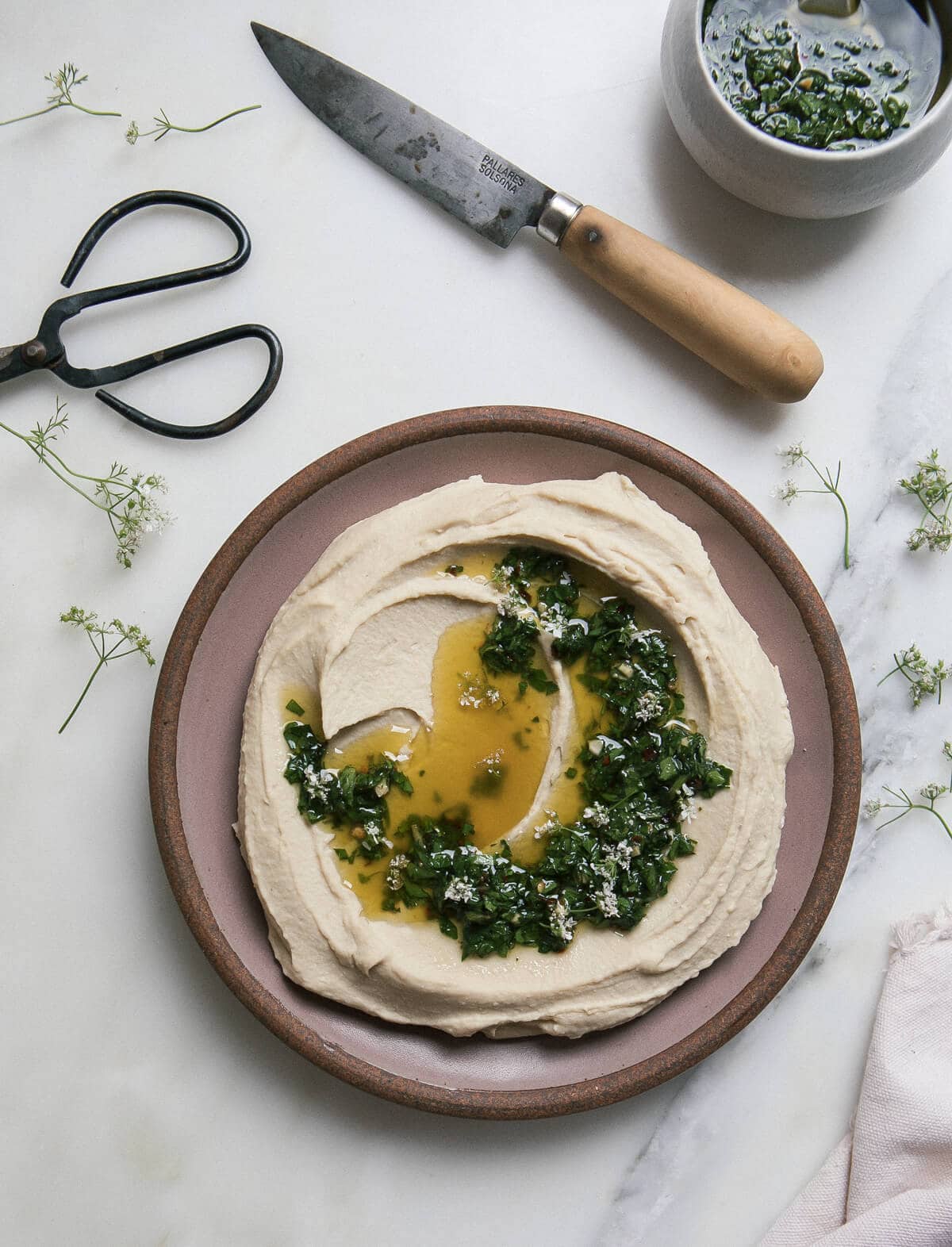 Something I’ve been researching and thinking about lately: the Instant Pot. I’m not gonna lie, I’ve been very skeptical. I honestly don’t make a ton of beans and I don’t braise a ton of meat so for a long time I was like, who cares!?!? But then I wanted to make hummus and Billy offered to bring over his Instant Pot for hummus-making, so I said, “let’s doooo it.”

These beans cooked in like 30 minutes—it was insane! While they cooked in the Instant Pot, we did other things like talk about how crazy Ramona is and how Sonja ate a whole block a cheese and Luann’s wedding and we also talked about chocolate chip cookies. But we still saved so much time using that thing. I can’t recommend it enough…except I haven’t bought one for myself. 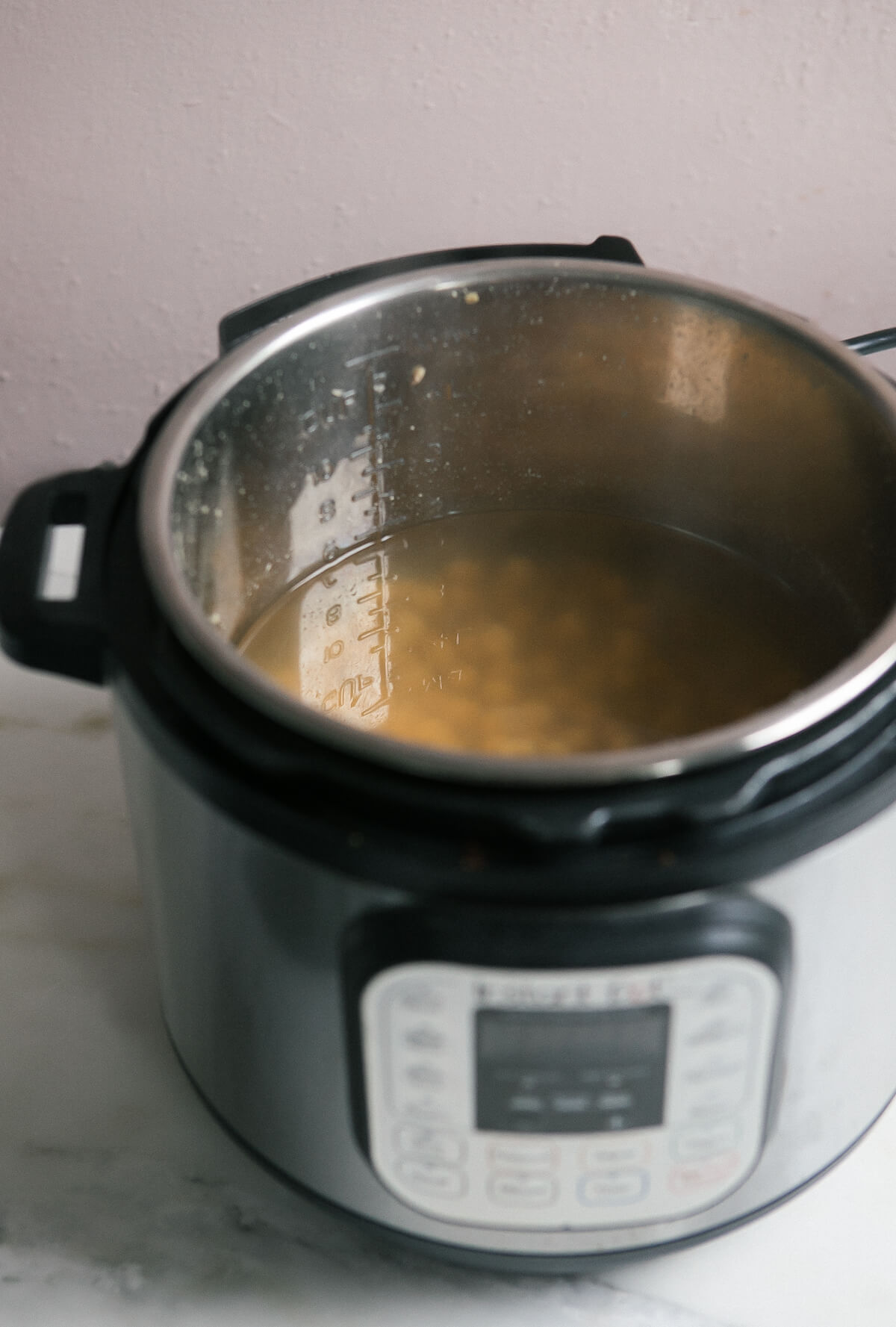 The main reason is that I simply don’t have room for anything else in my kitchen.

I’m thinking of having a yard sale in a few months where I sell things like a barely-used crock pot and tons of linens that I just won’t use anymore and random bowls and dishes. I did give a bunch of stuff to the Goodwill a few months ago but it barely made a dent in all the stuff that is piled up over the years. 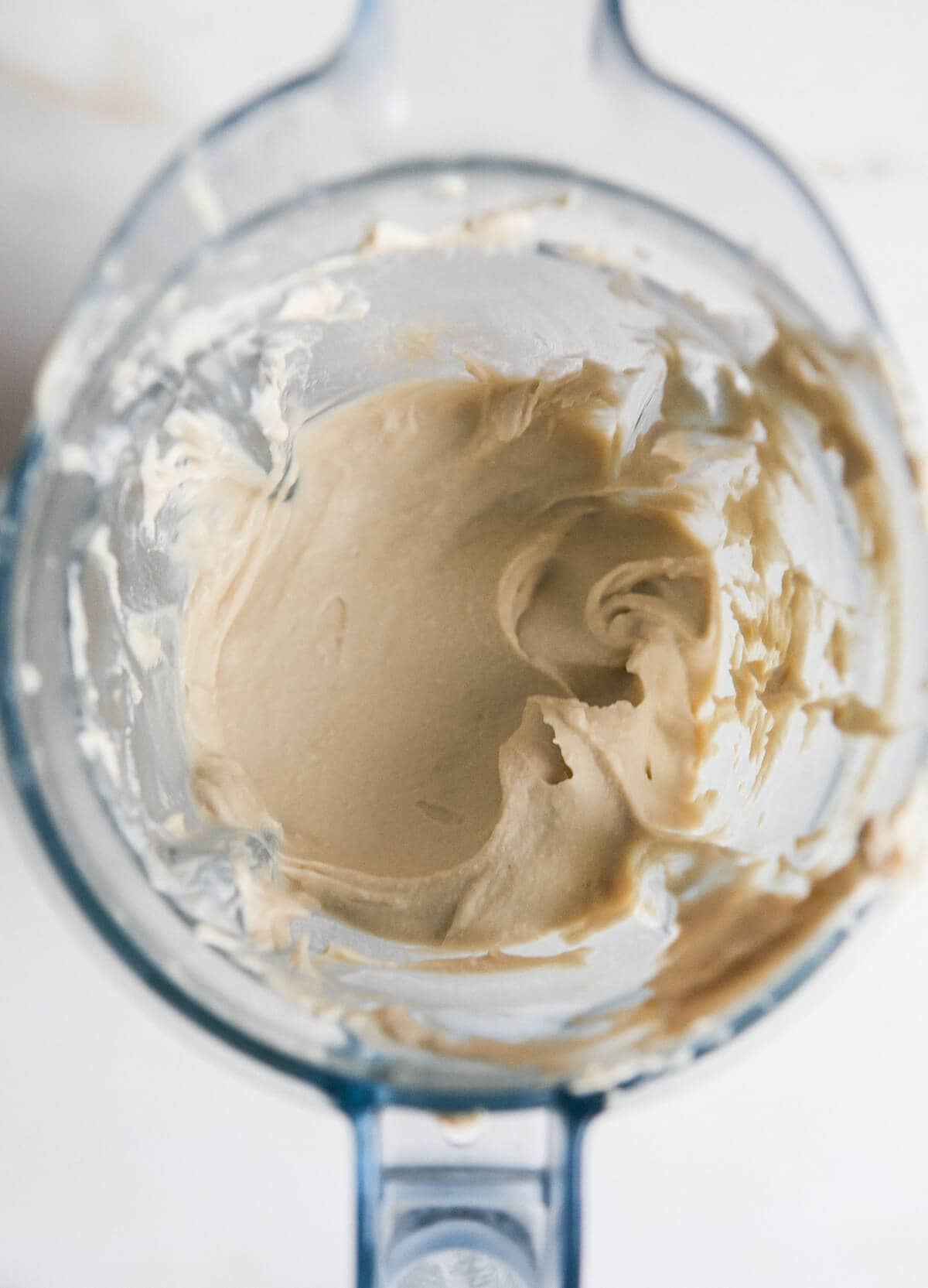 Why make hummus in the instant pot? 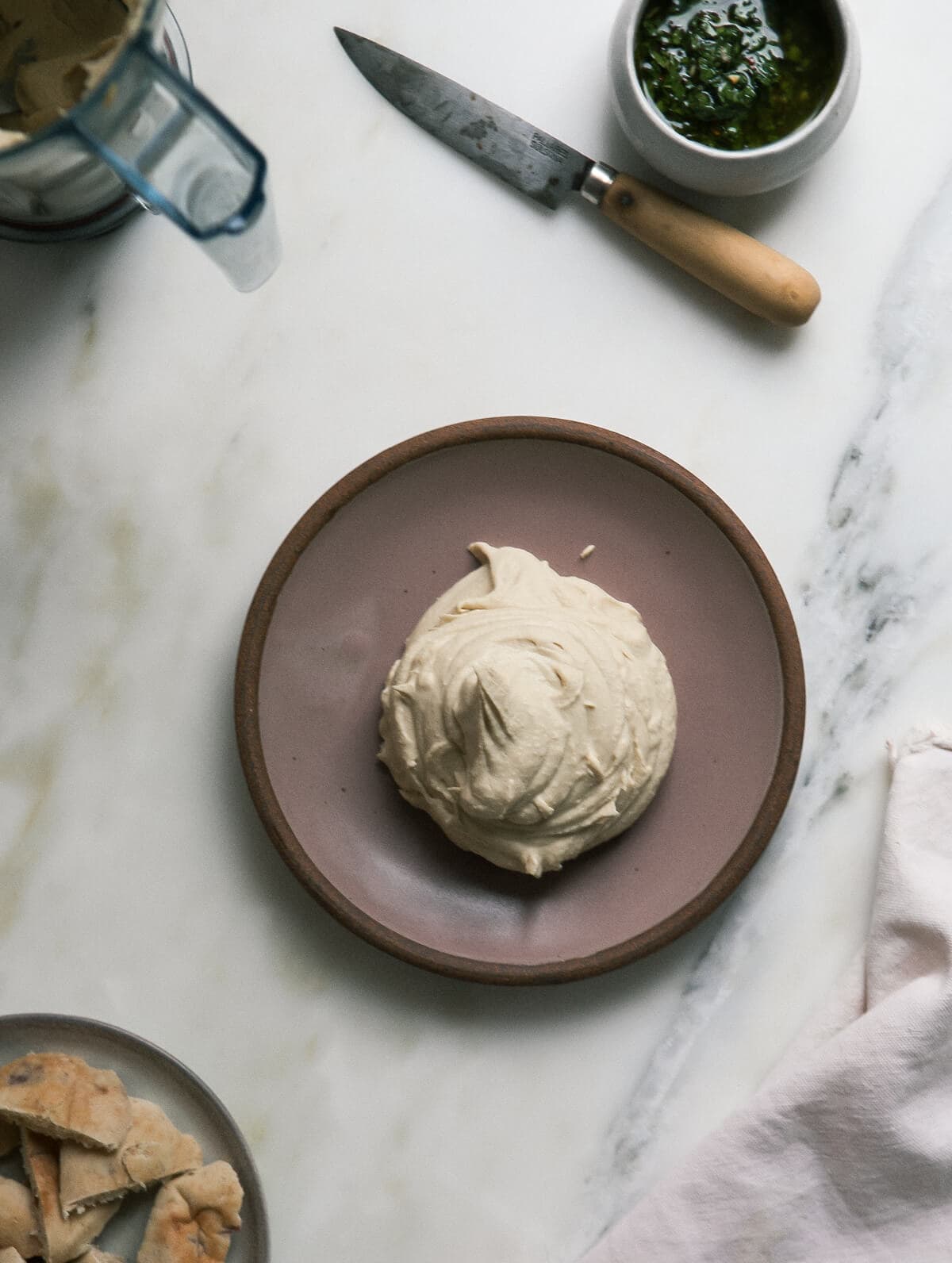 How to make Instant Pot Hummus: 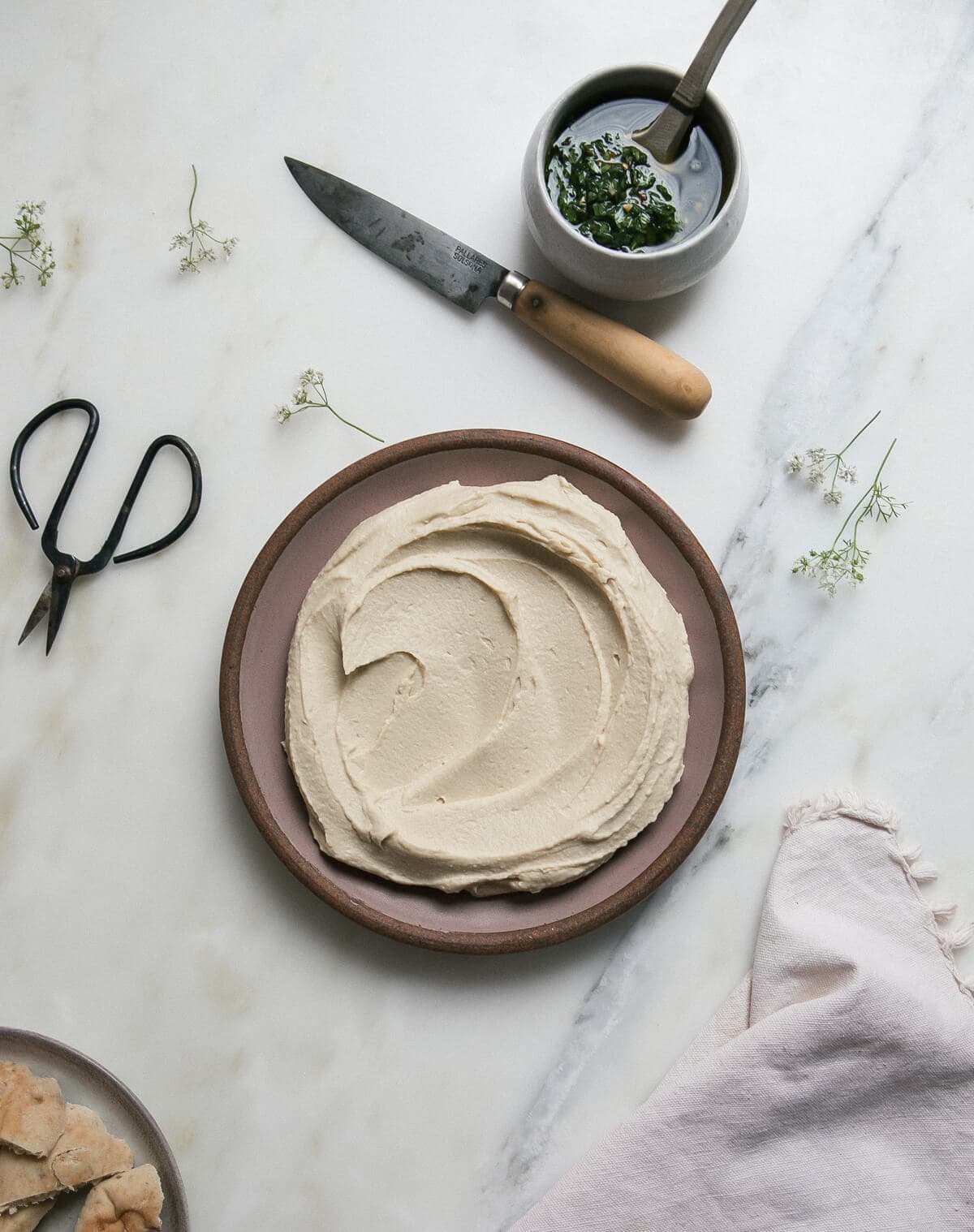 What to serve on Instant Pot Hummus:

Another thing I’ve been eating with everything is chimichurri. It’s so easy to throw together and I love it on all meats and on hummus it is a very good move. One thing I don’t put in my chimichurri is red wine vinegar. I know, I know. But I actually just like the freshness from the lemon juice. It’s so good! It doesn’t need that other form of acid, and I loove a lot of red chili flake but if you have it, use a fresno chile pepper, you won’t regret it.

I used coriander flowers from a neighbor (I did a drive-by clipping and no one knew anything about anything). I was going to knock on the door but it was kinda by the street and it was early in the morning. The best part about Amelia is she sees all sorts of sketchy behavior like that and she says nothing! She’s so good at keeping secrets. 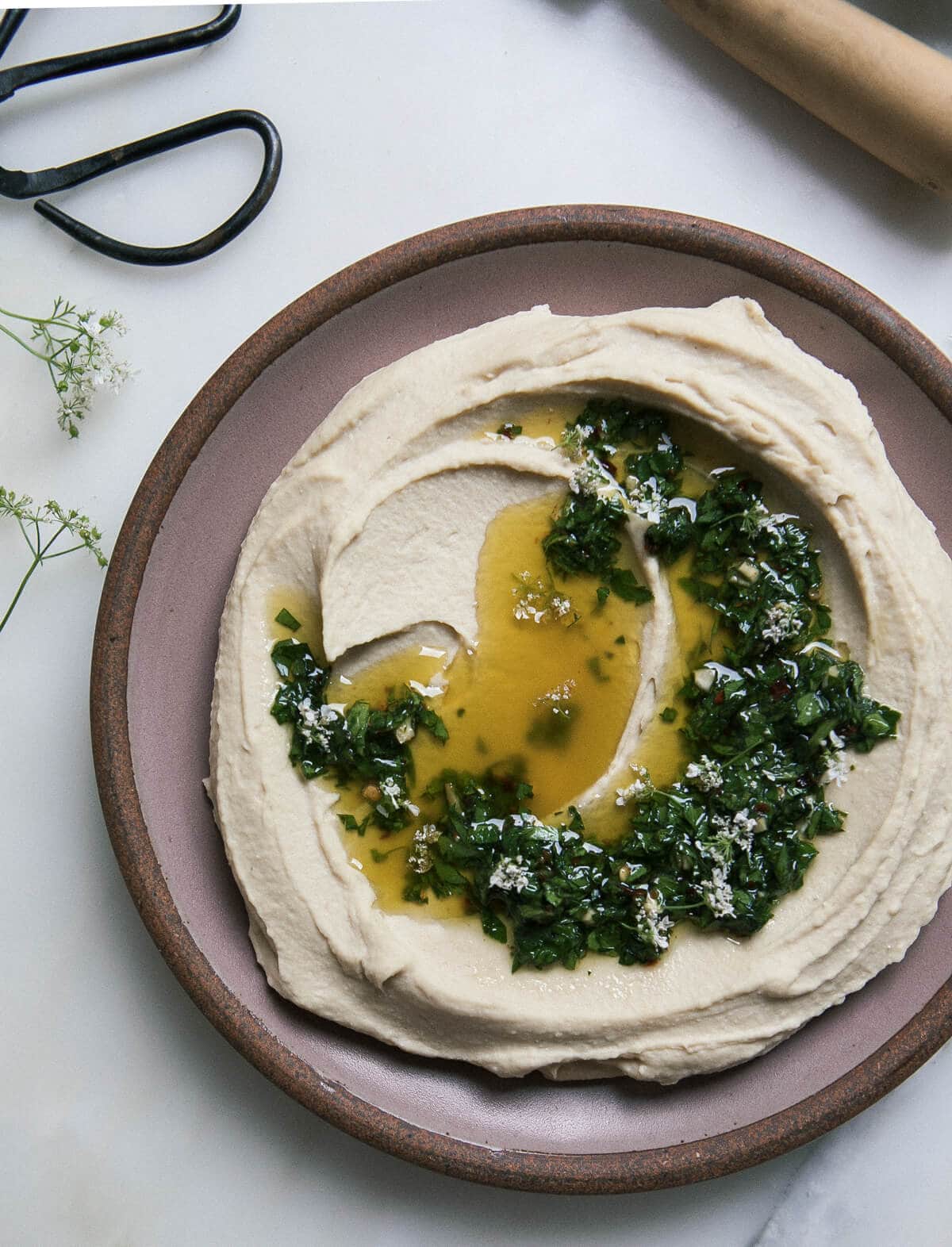 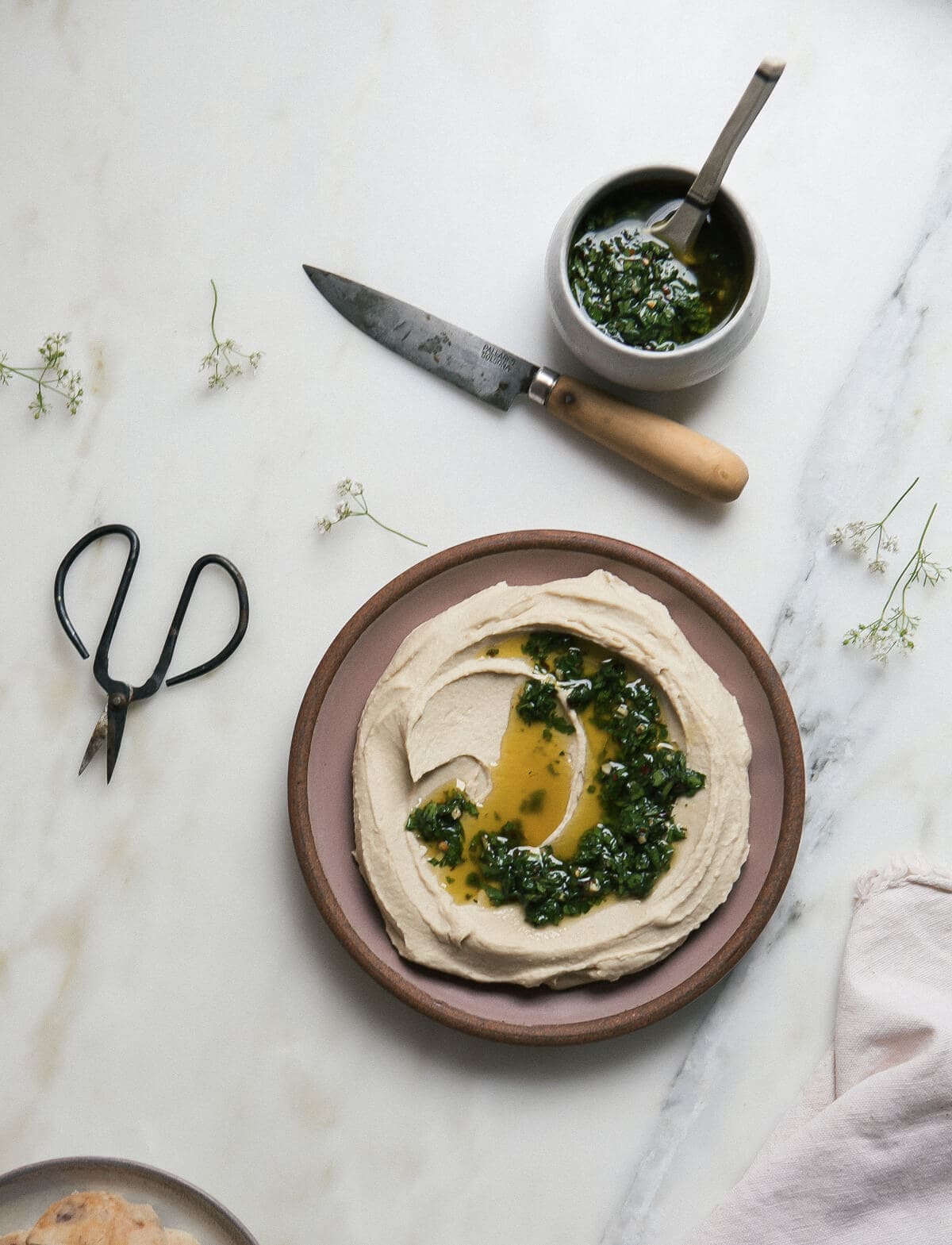 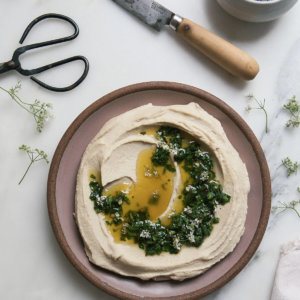 To Make the Beans:

To Make the Hummus:

To Make the Chimichurri:

Looking for more appetizer recipes? Here are some of my favorites: 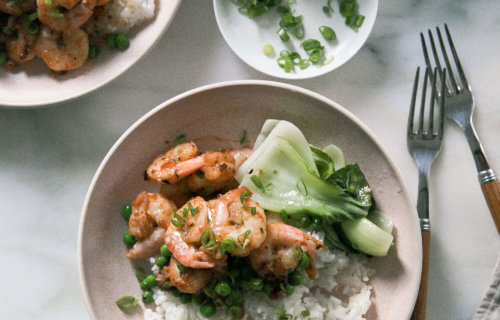 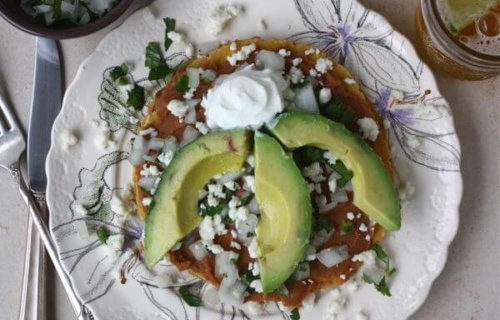 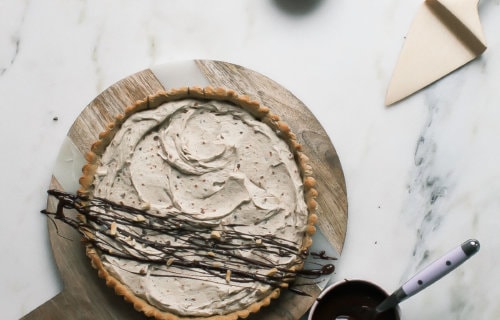