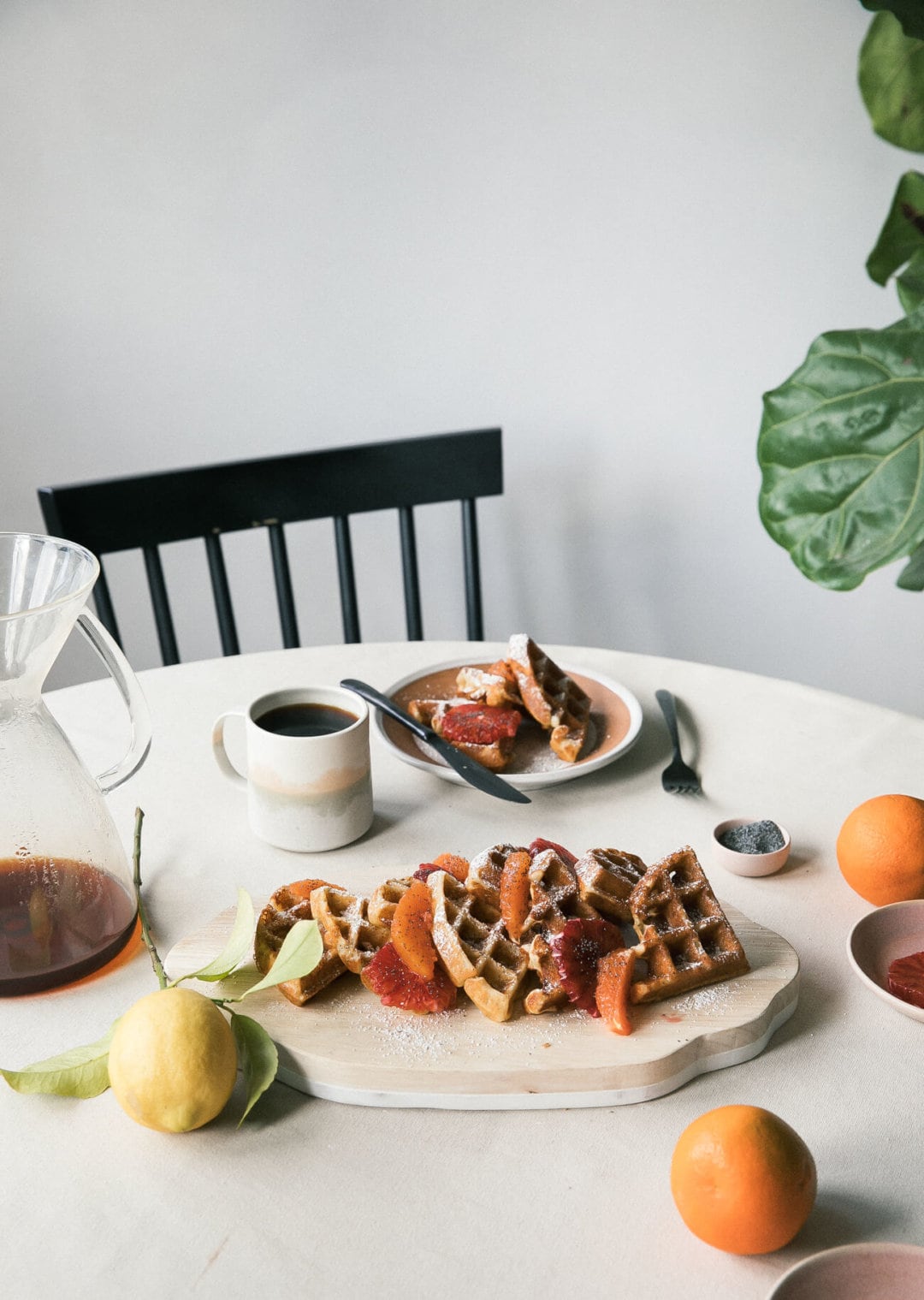 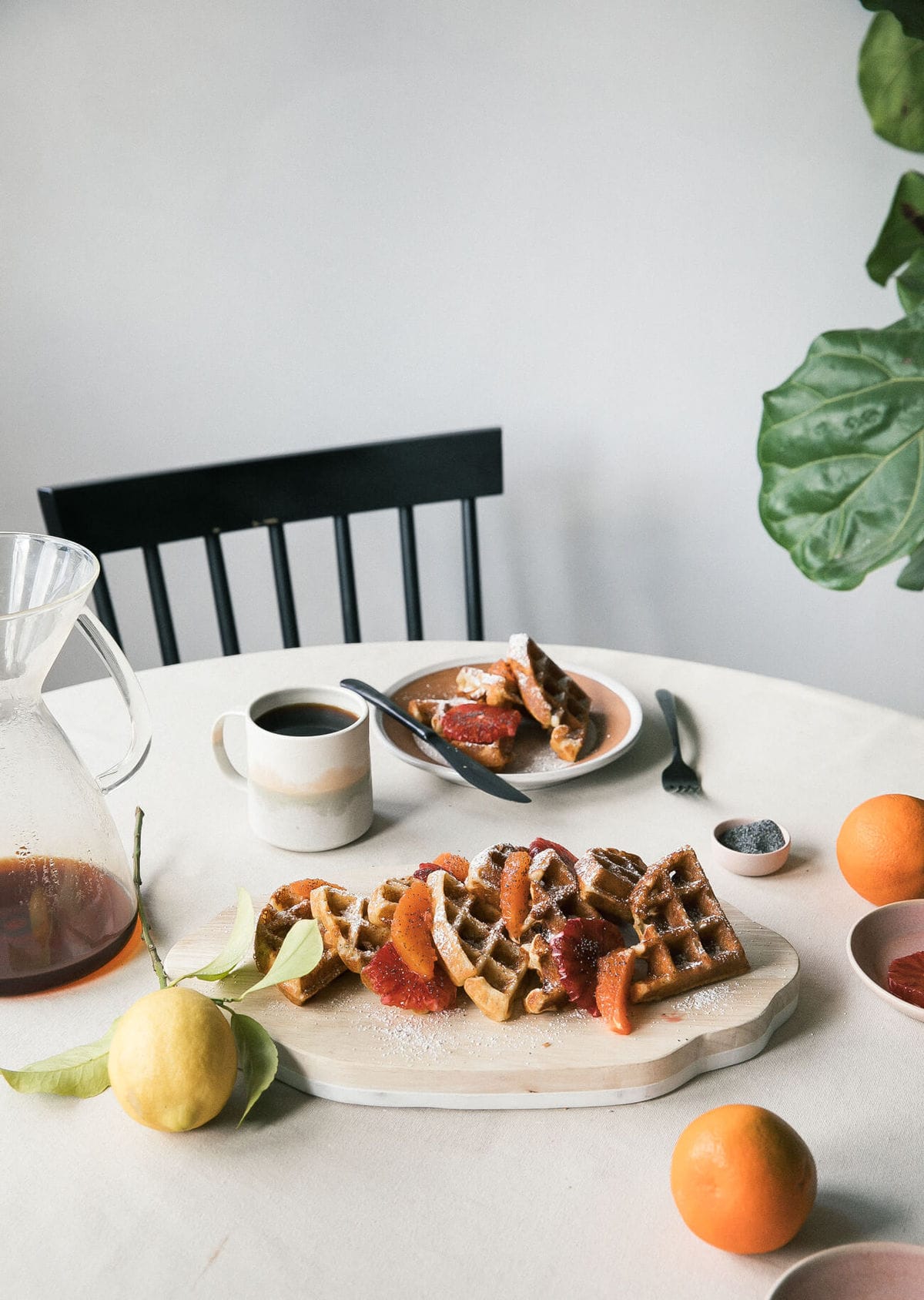 It took about three months for me to convince Josh to go to the dermatologist to get his thing on his hip checked out. (I’ll refrain from going into details because this is a food blog.) He finally went to the dermatologist on Thursday and had a “surgery” that was barely surgery.

But now—since he’s a hypochondriac—he’s requiring a heavy amount of attention for his “recovery.” I’m trying not to laugh and roll my eyes at the same time, but I did promise him that I was going to make him waffles. Hopefully these will be enough because babying grown men isn’t my greatest virtue. Lol. 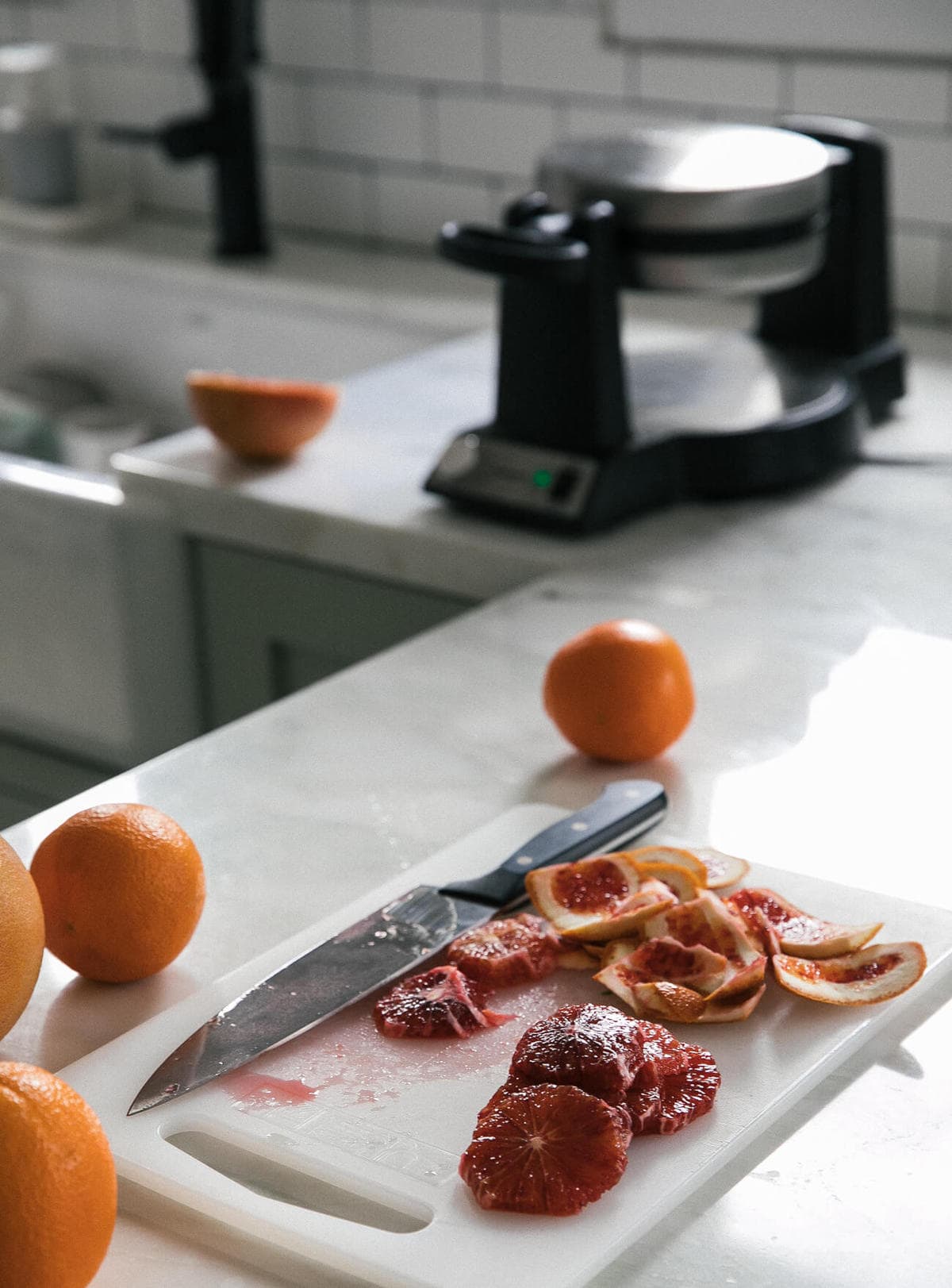 These waffles are crispy and lacy AND also taste like the Winter-y sunshine of February. It’s been oddly cold in California, which I am fully embracing with warm coffee and tea and cuddly foods. These included.

I topped them with a good dusting of powdered sugar and slices and segments of blood oranges, grapefruit and sweet cara caras. 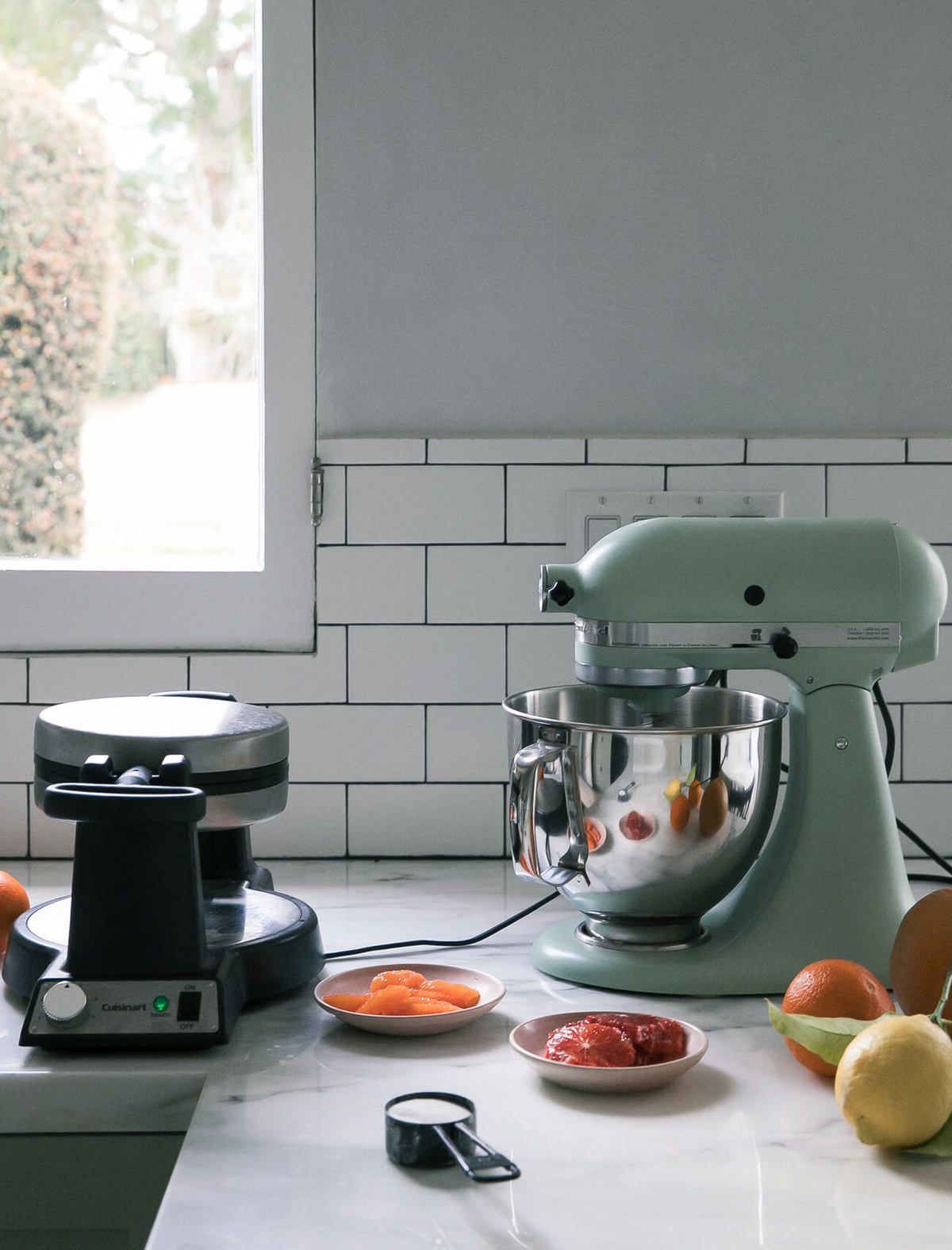 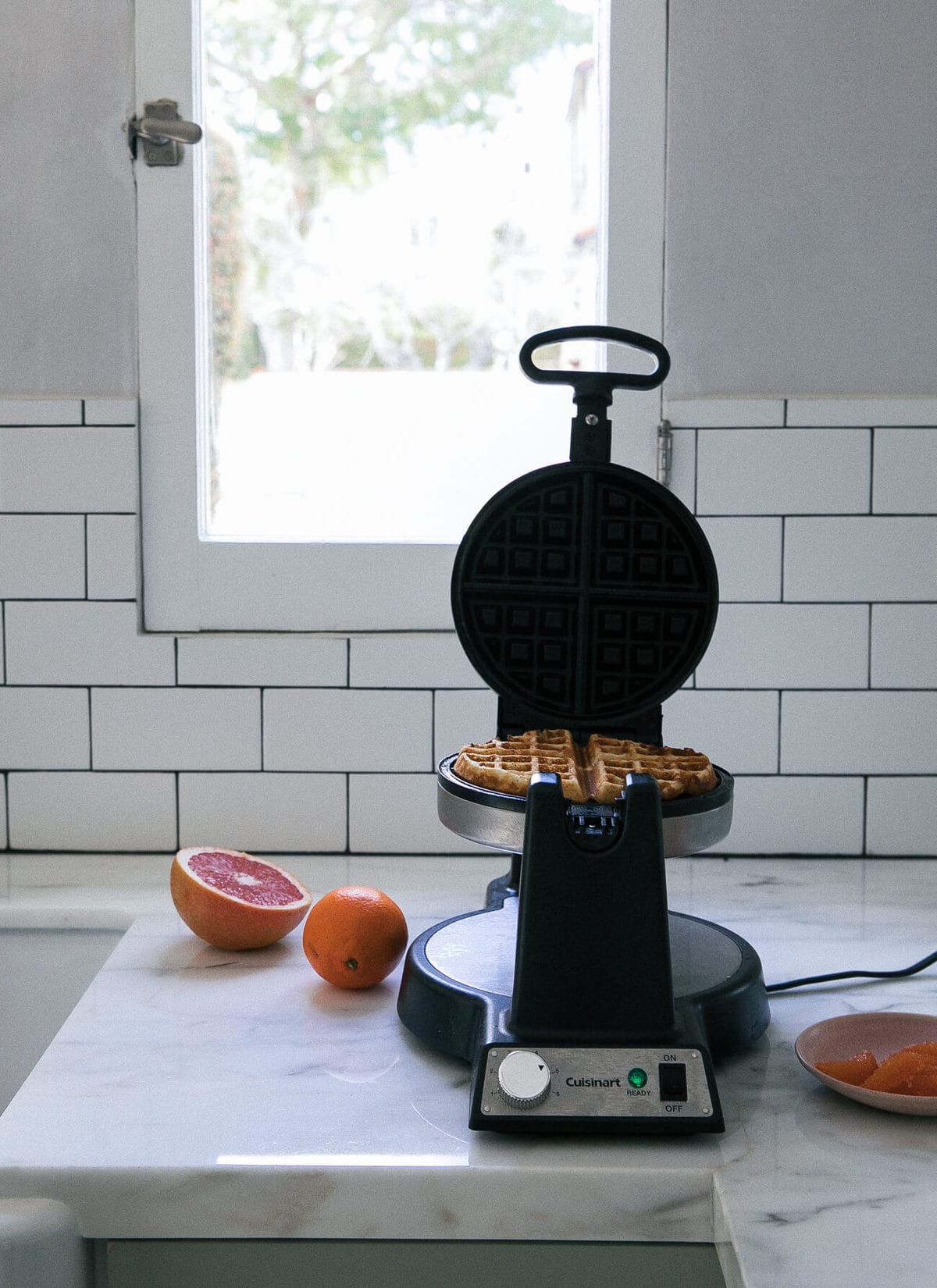 These waffles are interesting. They require you to separate the eggs and whip the egg whites with a bit of sugar, creating a very soft meringue of sorts.

This is folded into the batter. This makes super crispy and delicious waffles that are dreamy. I love this recipe so very much. 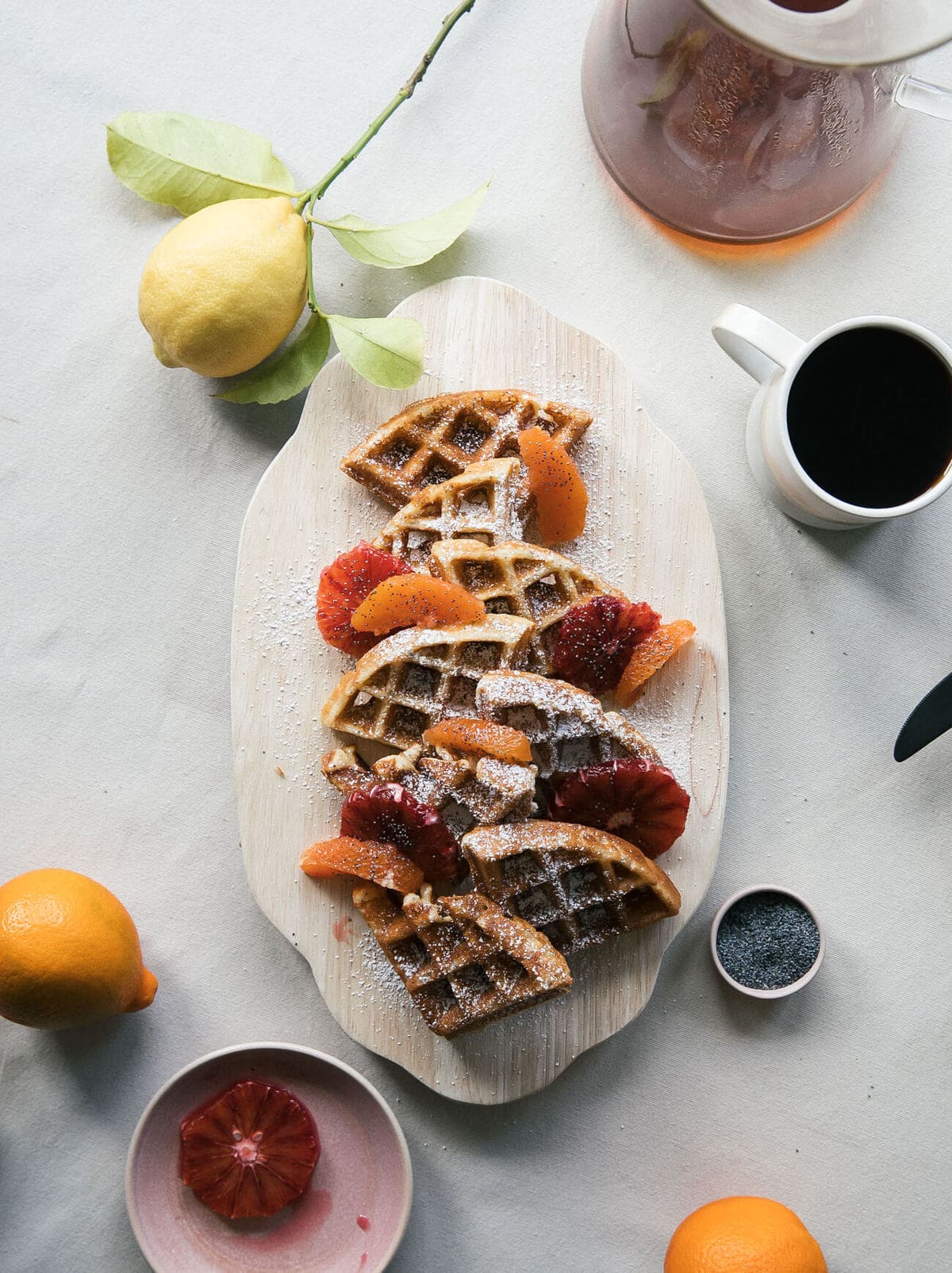 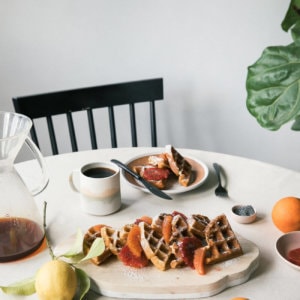 Serving: 4g
Did you make this Recipe? Tag me Today!Tag @acozykitchen on Instagram and hashtag it #acozykitchen
February 23, 2018 by Adrianna Adarme 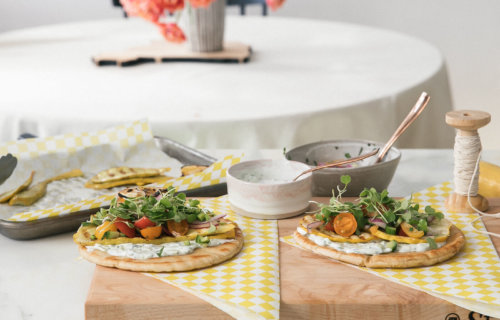 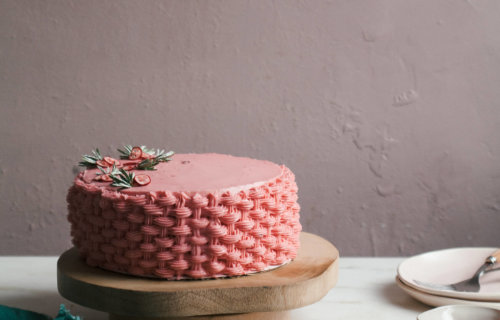 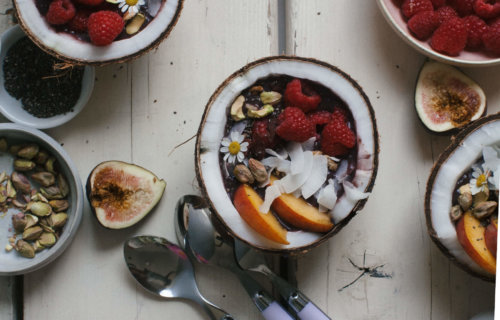