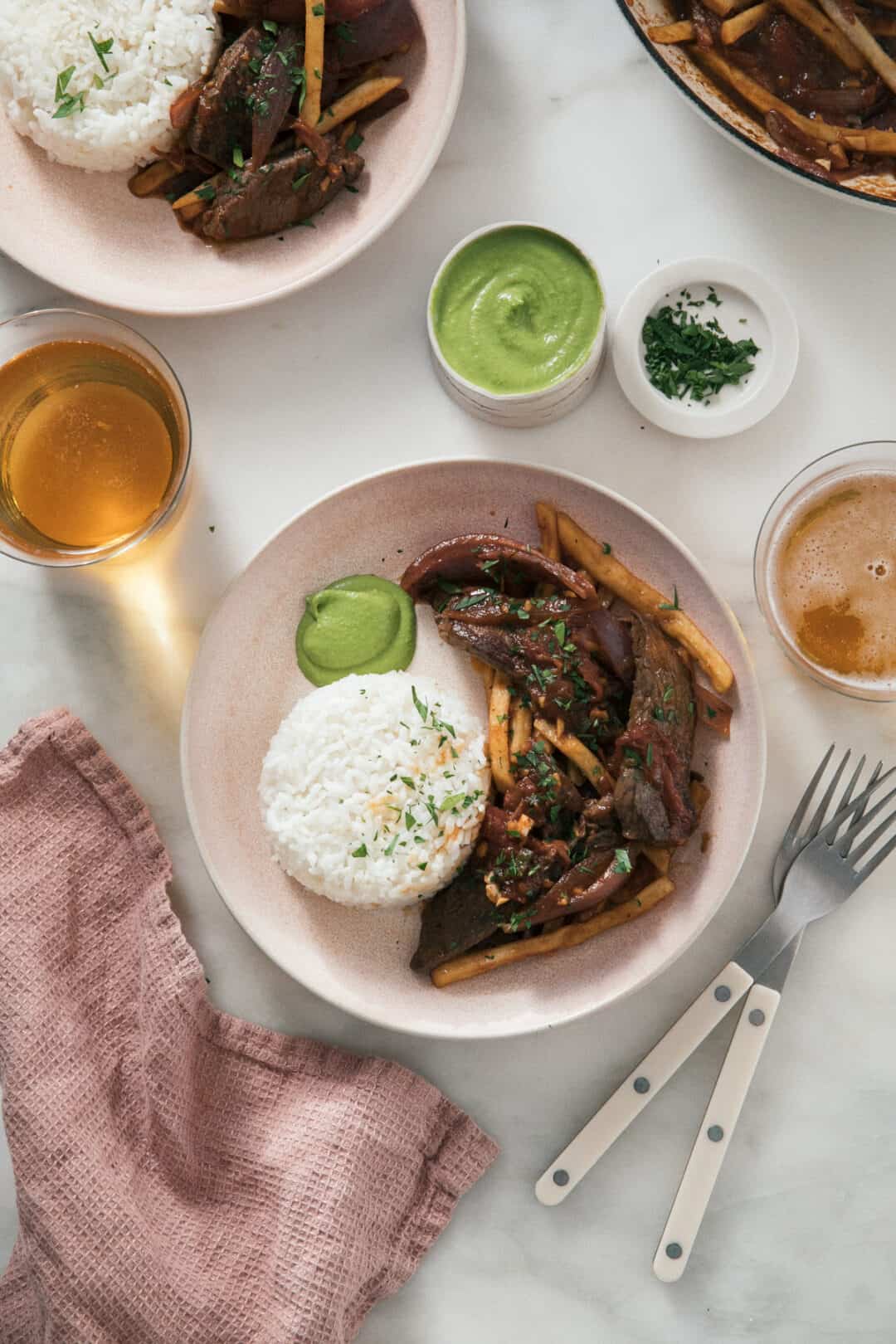 Lomo Saltado is a Peruvian stir-fry that was influenced by the Cantonese-Chinese community that migrated to Peru. This Chifa dish consists of beef tossed in a sauce made up of simmered tomatoes, red onion, soy sauce and ginger. Serve it over rice for a delicious dinner. 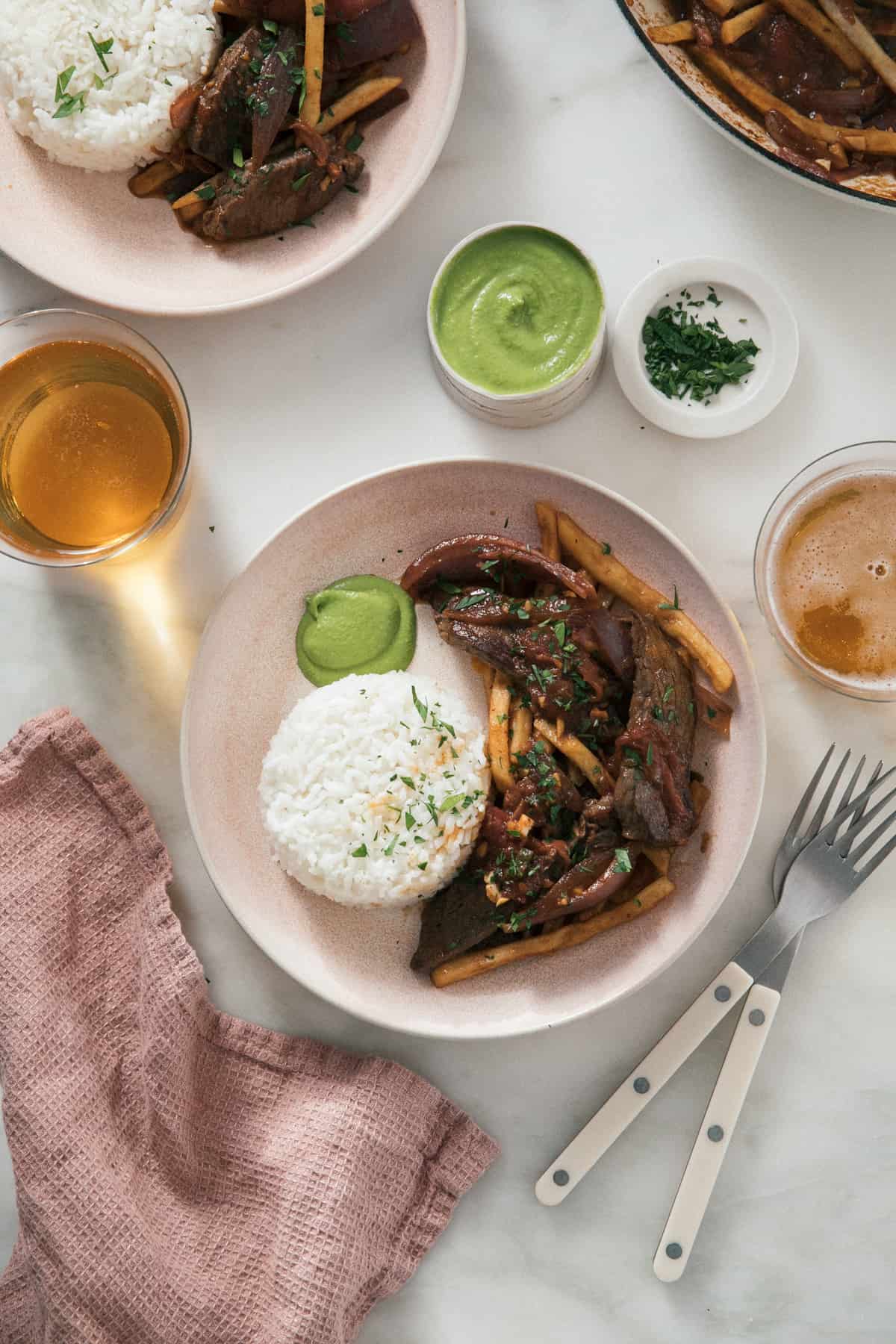 Here’s another recipe straight from my mama’s brain. It was one of my favorites growing up.

That’s kinda weird and unexpected, right? A lot of people are surprised to learn that Peru has a large Asian community. As a result, this Asian presence–over generations and generations–has had a huge influence on “traditional” Peruvian cuisine, basically making it into what it is today. This particular dish was derived from a Cantonese stir-fry. The potatoes make it unique to Peru, along with the spices and thick sauce. What is Lomo Saltado?

Lomo Saltado is the national dish of Peru. It’s most easily described as a stir-fry; a latin stir-fry! This Lomo Saltado recipe includes strips of beef, red onion, tomatoes, French fries, ginger simmered in a sauce flavored with soy sauce, beer and ginger.

Chifa is a type of cuisine in Peru that was created and influenced by the Chinese population living in Peru. This cuisine often times combines ingredients and dishes from Chinese and Cantonese backgrounds and fuses them with indigenous Peruvian ingredients such as aji amarillos (spicy yellow peppers) and Andean potatoes. 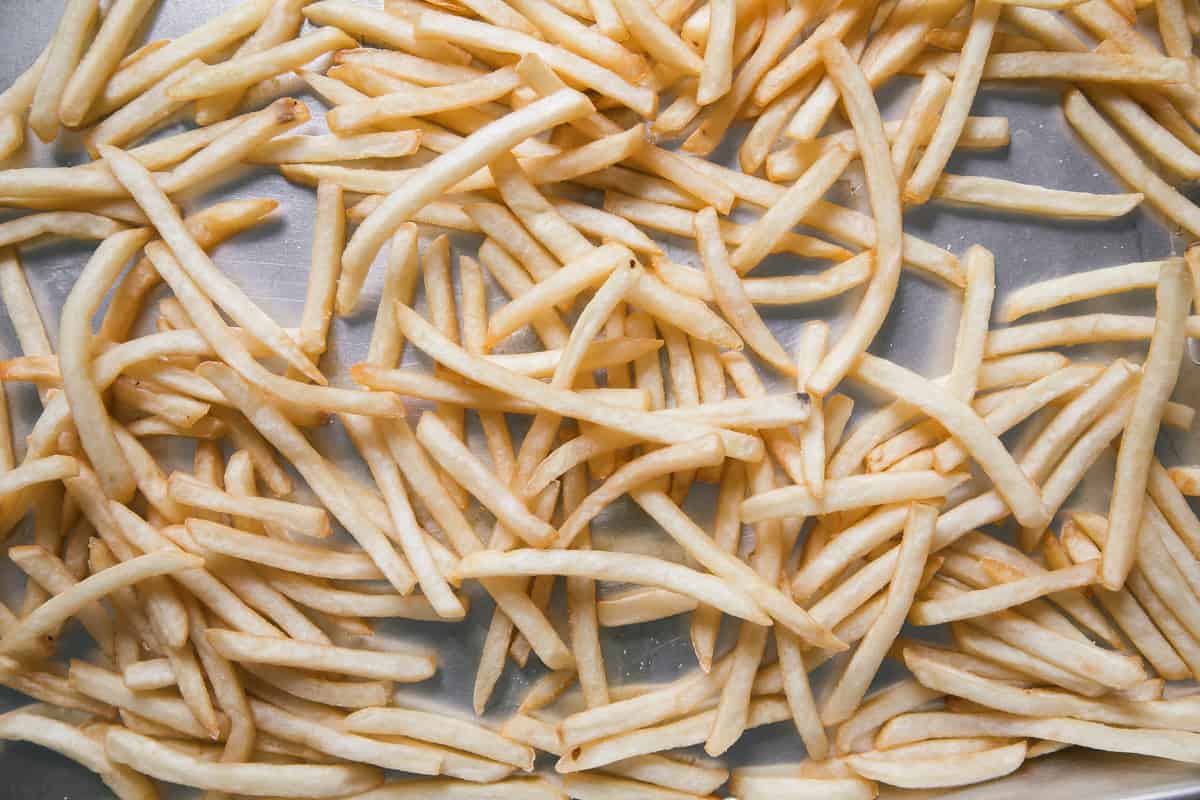 What Cut of Beef Should Be Used?

My favorite cut of meat for this Lomo Saltado recipe is sirloin. I then cut this sirloin into 1/2-inch thick strips. I’ve been to fancier Peruvian restaurants and they’ve used tenderloin. As a result, let me tell you, it’s delicious! Recently I’ve been on a kick of using grass-fed beef (it’s what I used pictured) and it is AMAZING. How to Make Lomo Saltado 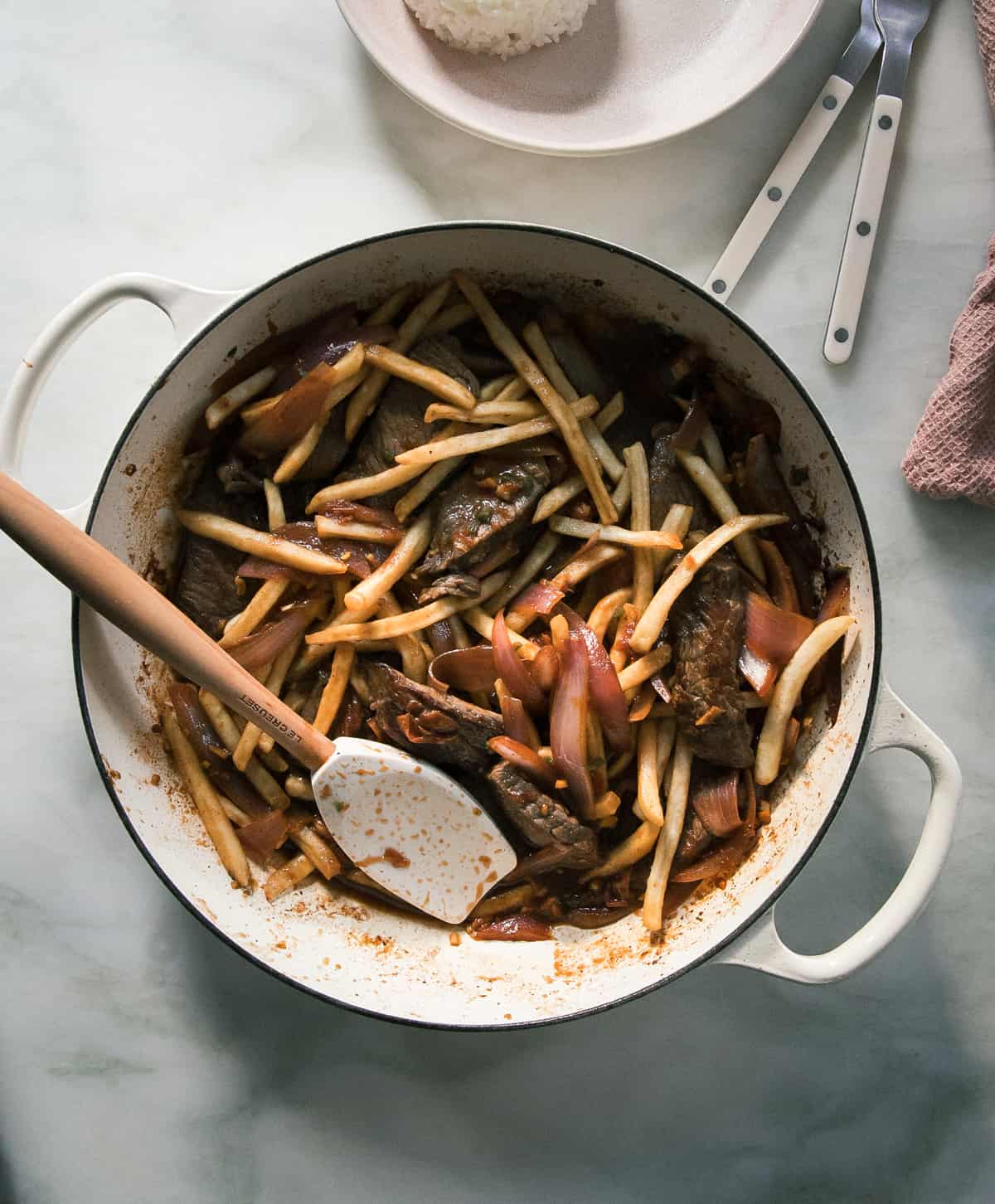 I always drink it with either an inca kola or a super cold beer. And I love serving it with Aji Verde (Peruvian Green Sauce).

I hope you love this Lomo Saltado! And then, if you make it, let me know on Instagram! 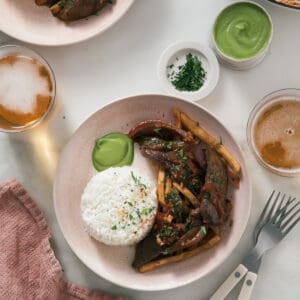 PRINT
5 from 1 vote
Prep Time: 15 minutes
Cook Time: 30 minutes
Total Time: 45 minutes
Serving Size: 4
Calories: 183kcal
Lomo Saltado is a Peruvian stir-fry that was influenced by the Cantonese-Chinese community that migrated to Peru. The beef is tossed and cooked in tomatoes, red onion, soy sauce and ginger. Serve it over rice for a delicious dinner.

To Cook the Lomo Saltado: 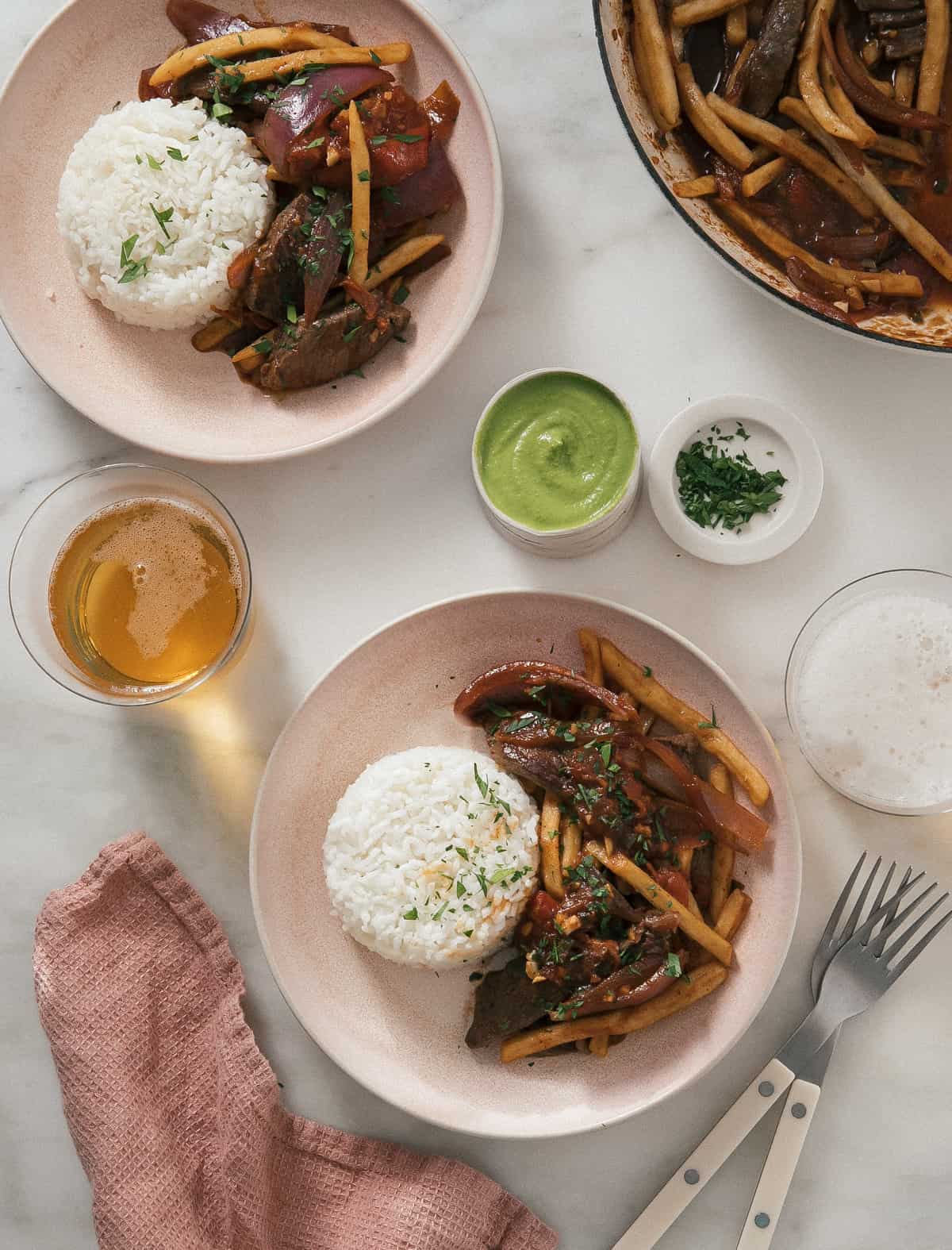 If you’re looking for more Peruvian-inspired recipes? Here are some of my other favorites: 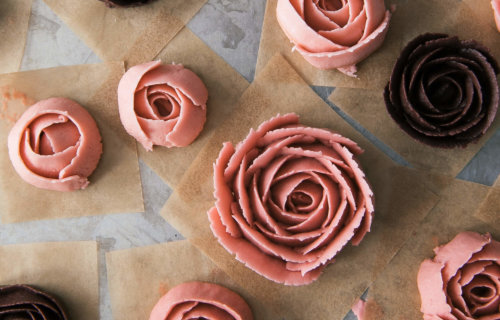 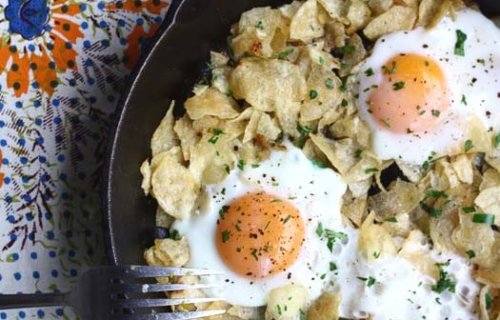