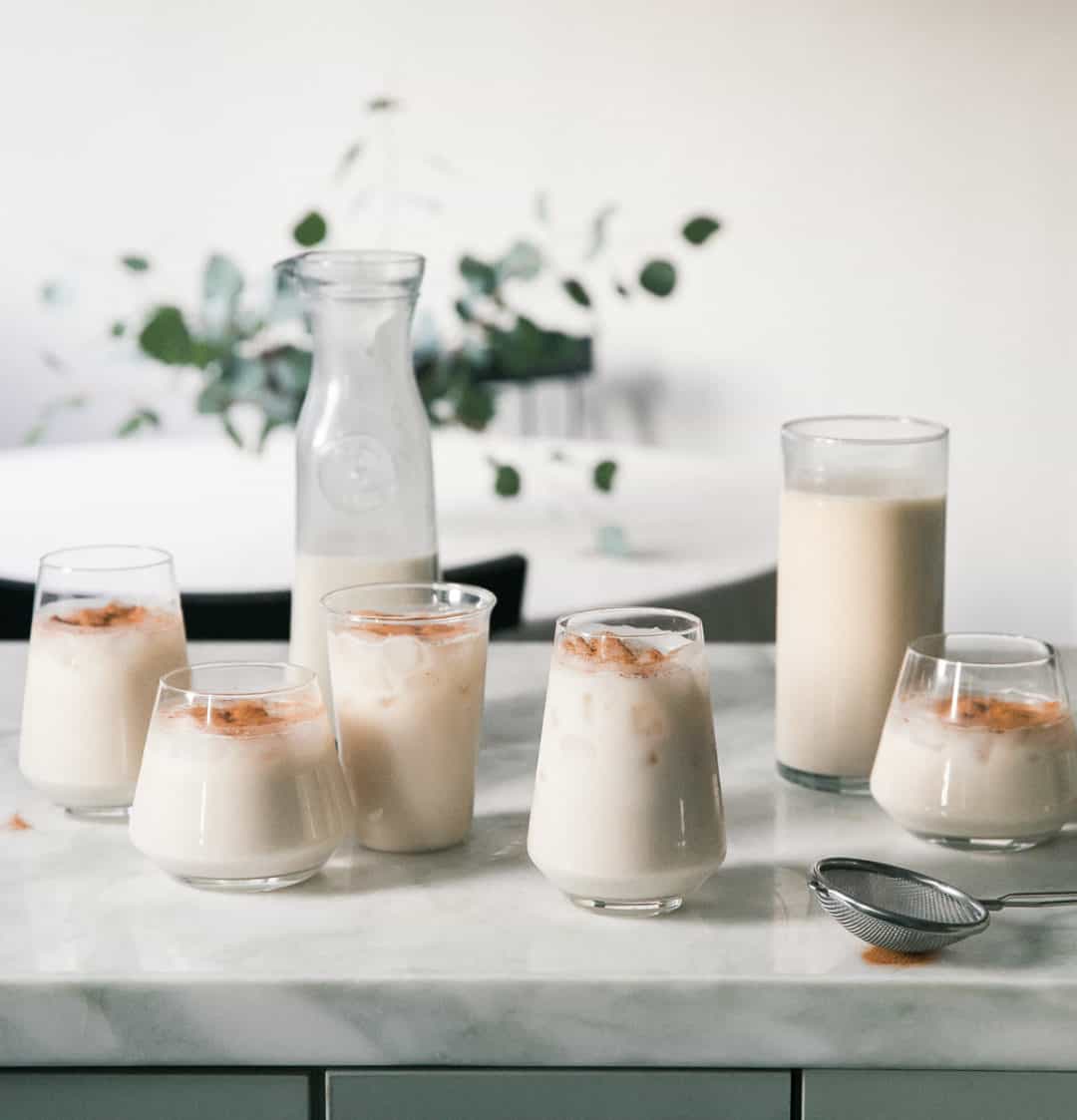 Horchata is a rice-based drink from Mexico. While horchata is not traditionally dairy-free this horchata recipe is dairy-free! This recipe has has rice, toasted almonds, brown sugar and vanilla! P.S. If you’re looking for a take on this recipe, check out my recipe for Horchata Coffee! 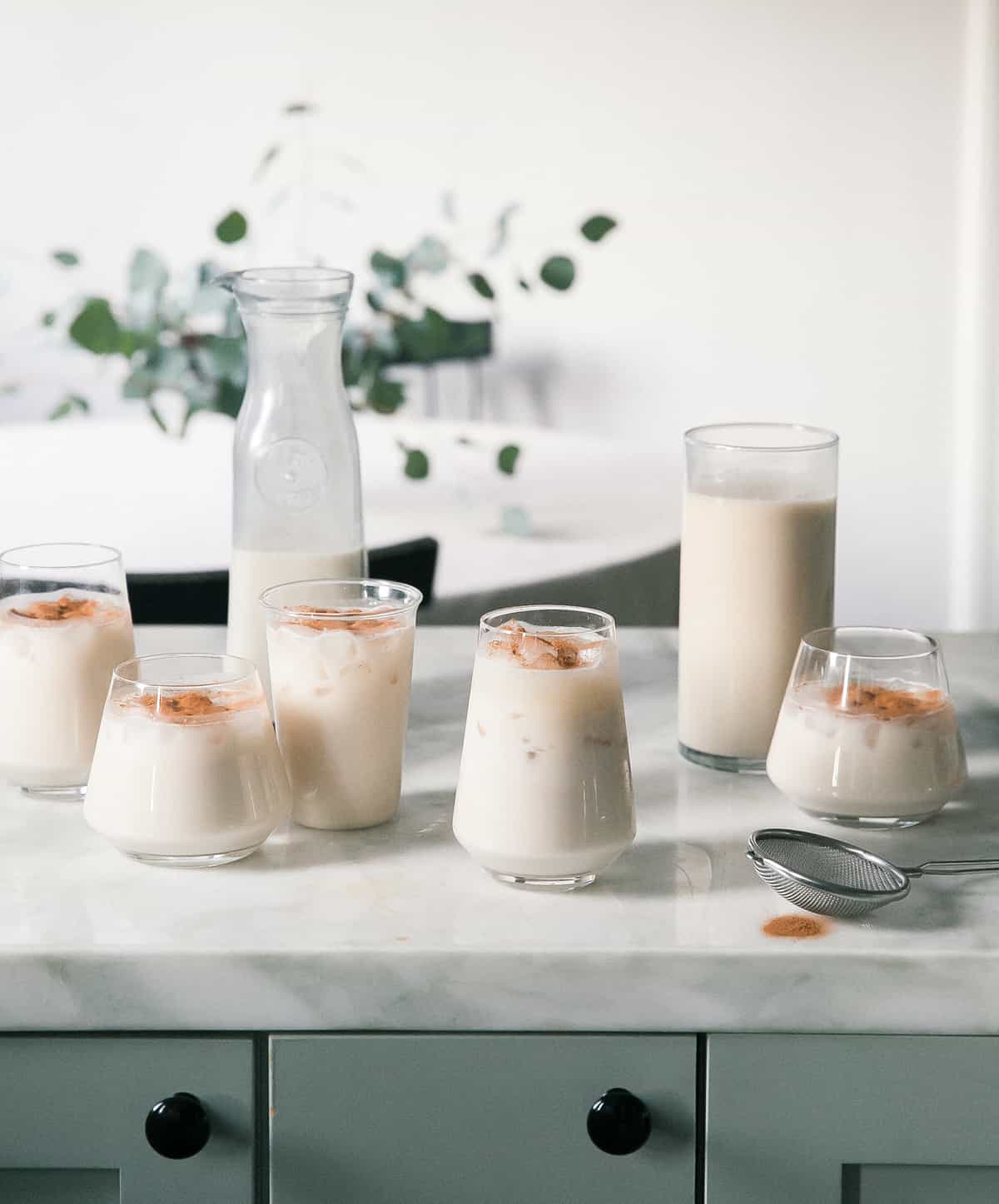 The First Time I had Horchata

When I first moved to Los Angeles, I’m not gonna lie, I wasn’t super familiar with different types of Mexican food. Living in South Florida, the food that was there was mostly from the Caribbean and South America. But soon after moving here, I quickly learned the difference of Mexican food from Jalisco, Sonora, Colima and Mexico City. It was fascinating to understand and eat my way through the different regions. Mexican food immediately became my next-in-line favorite behind Peruvian food. I’m a bit bias 🙂

One drink that has quickly won my heart is agua de horchata. At most taquierias, it’s made close to this way but with a can of sweetened condensed milk and evaporated milk. You can do this, too, if you like. I would just say to eliminate the brown sugar and add those two in addition to these ingredients. It will definitely be milkier. I love this version because it’s dairy-free and I find it a bit lighter and more refreshing. 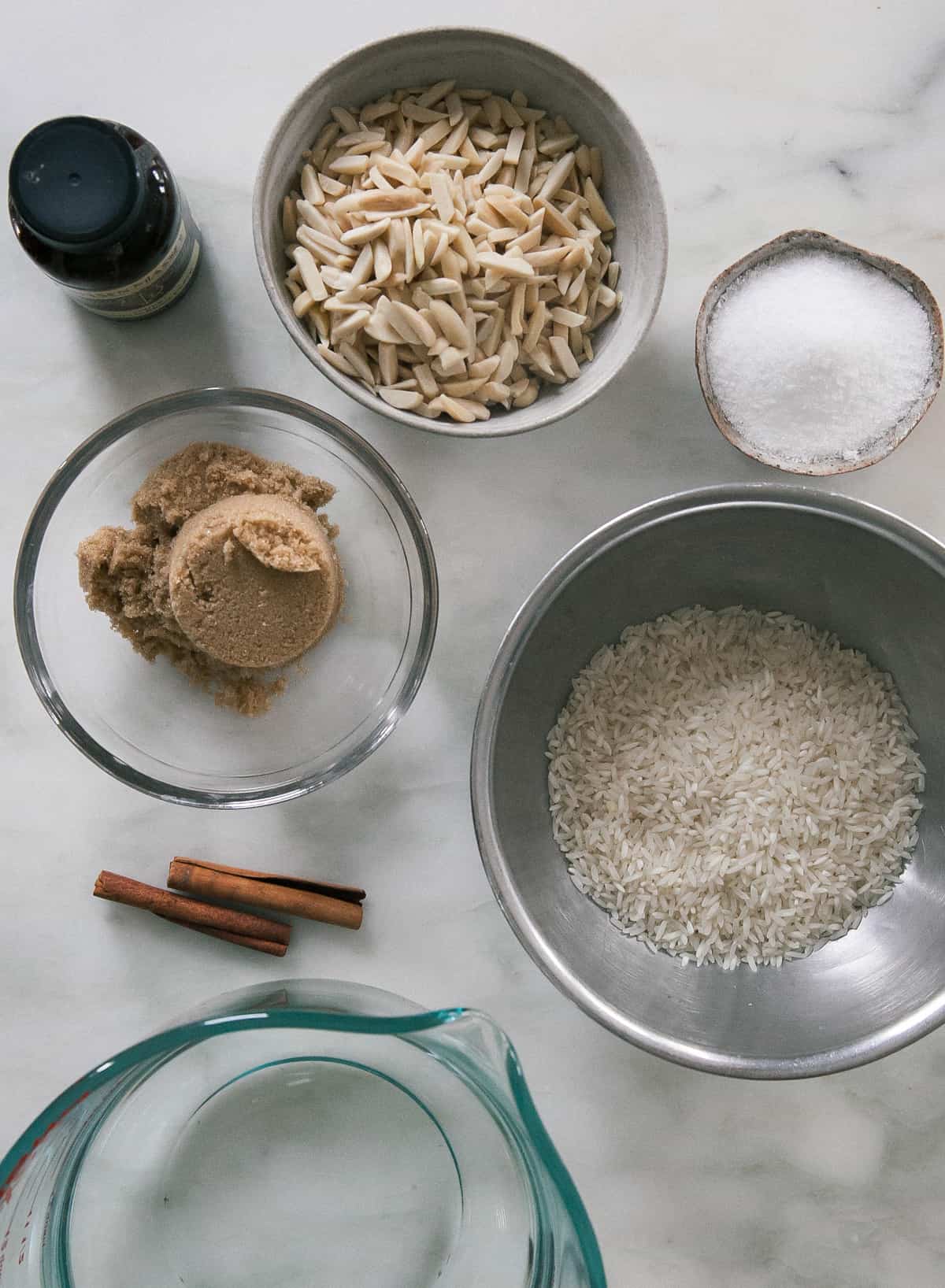 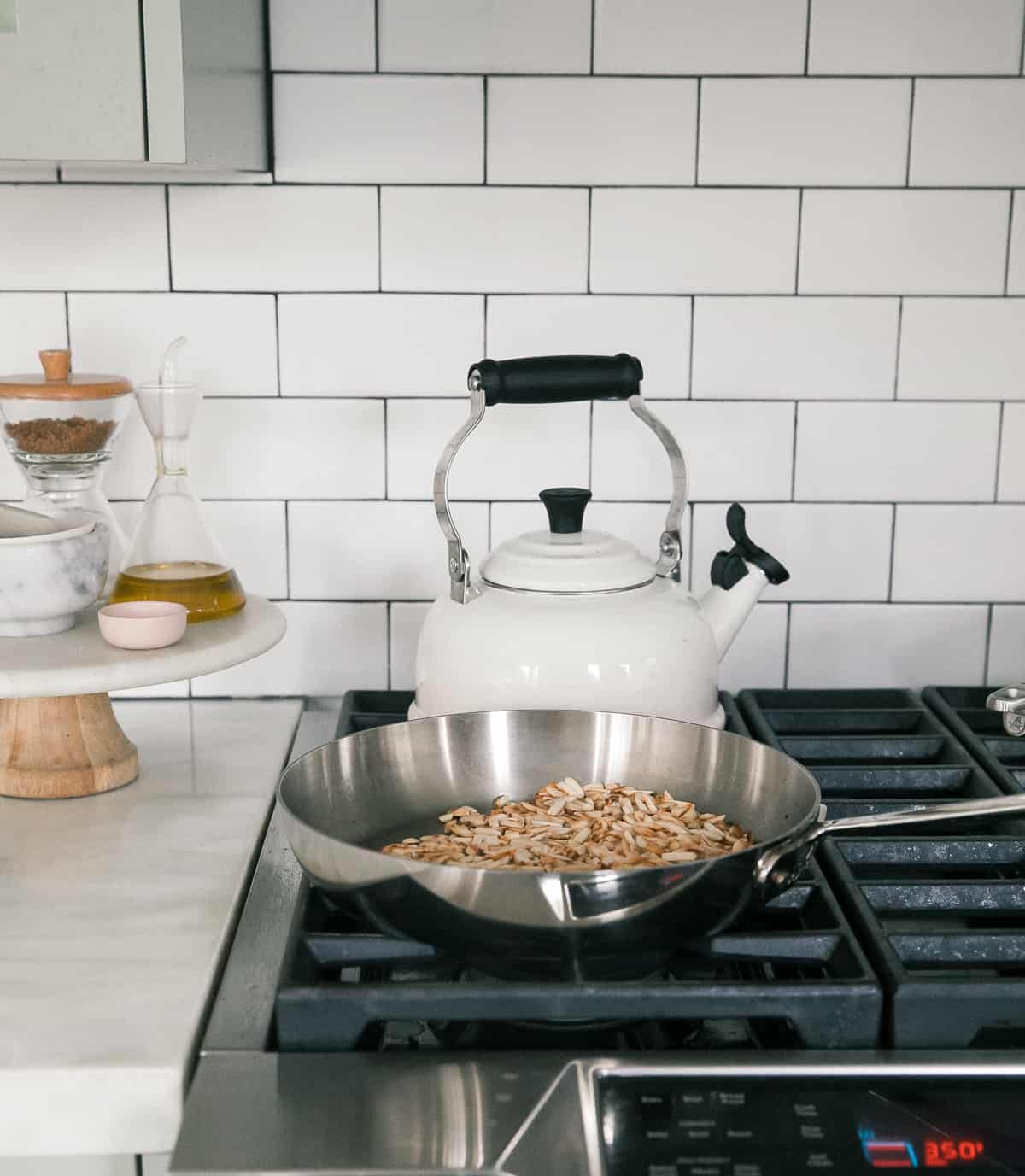 Where is Horchata from?

Horchata is made in Central America, Spain and Mexico. All of these countries make versions that are slightly different from the other. The one we’re making mostly resembles the Mexican version but even within Mexico it can vary. 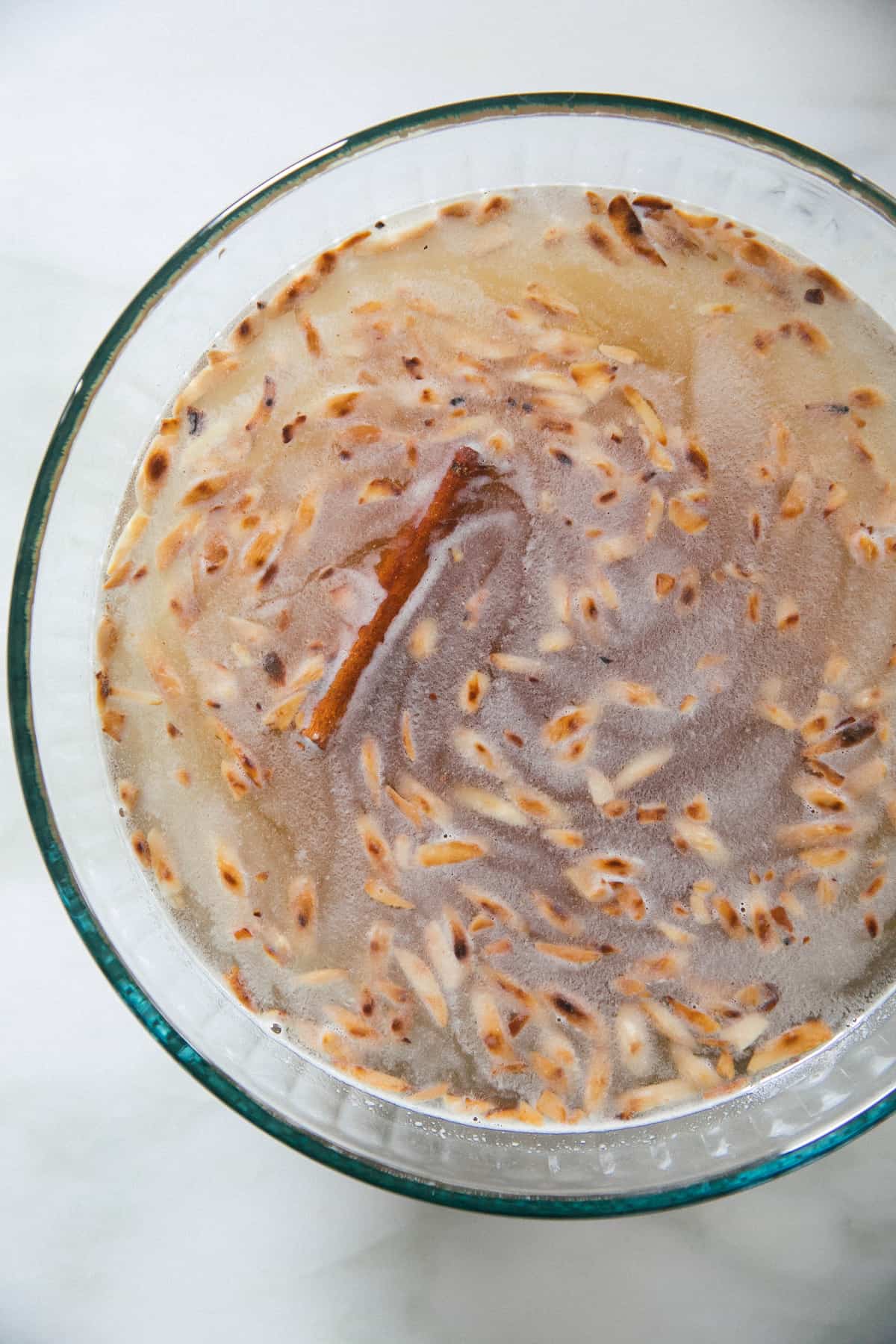 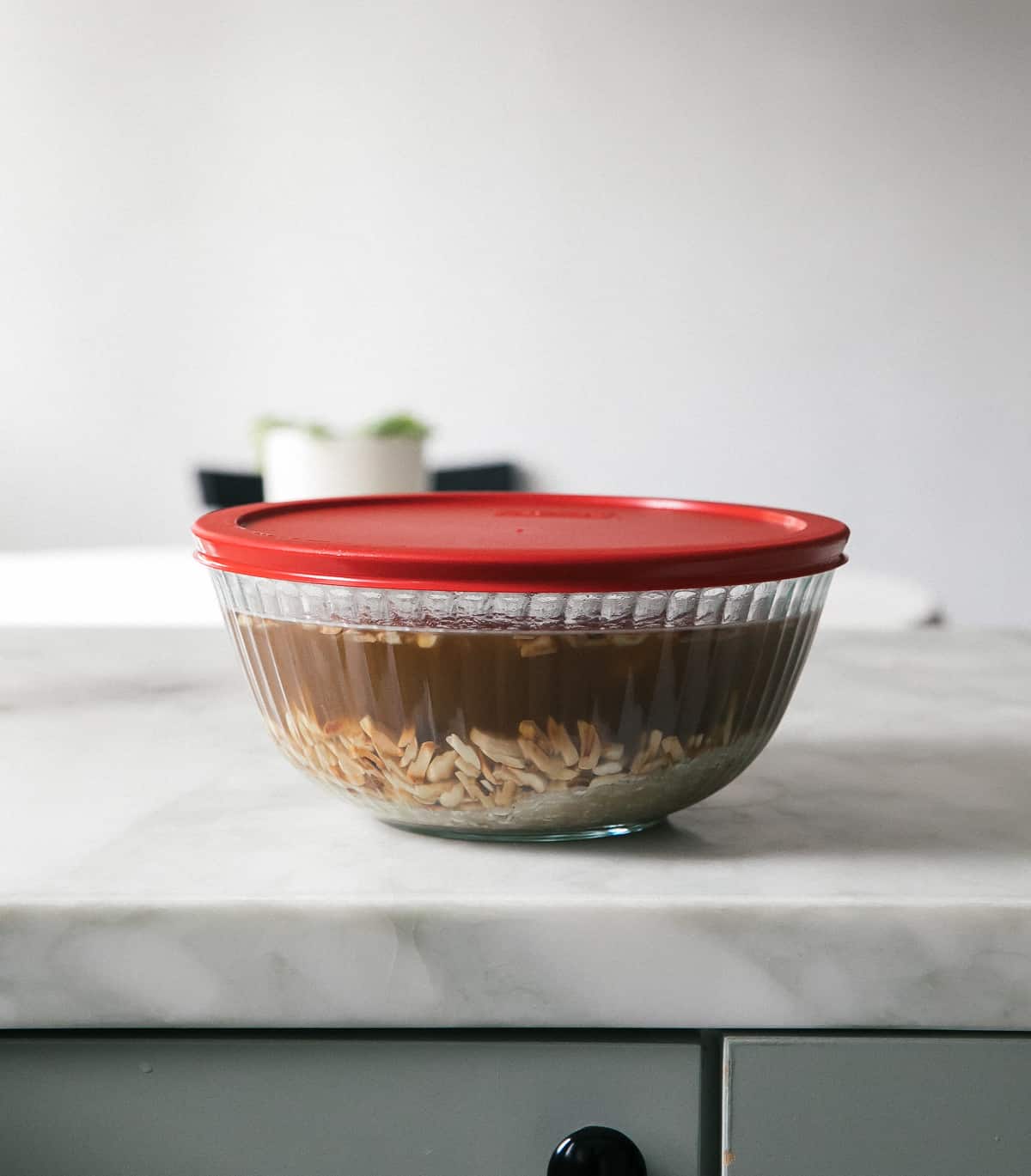 While versions vary, Horchata in Mexico is always a rice-based drink. This version you see here consists of rice, toasted almonds, cinnamon sticks, brown sugar, salt and a bit of vanilla, All of these ingredients are soaked in water for about 4 hours or overnight. This softens all of the ingredients and then when it’s blended, it all marries together. Run it through a strainer and you have a delicious aqua fresca! 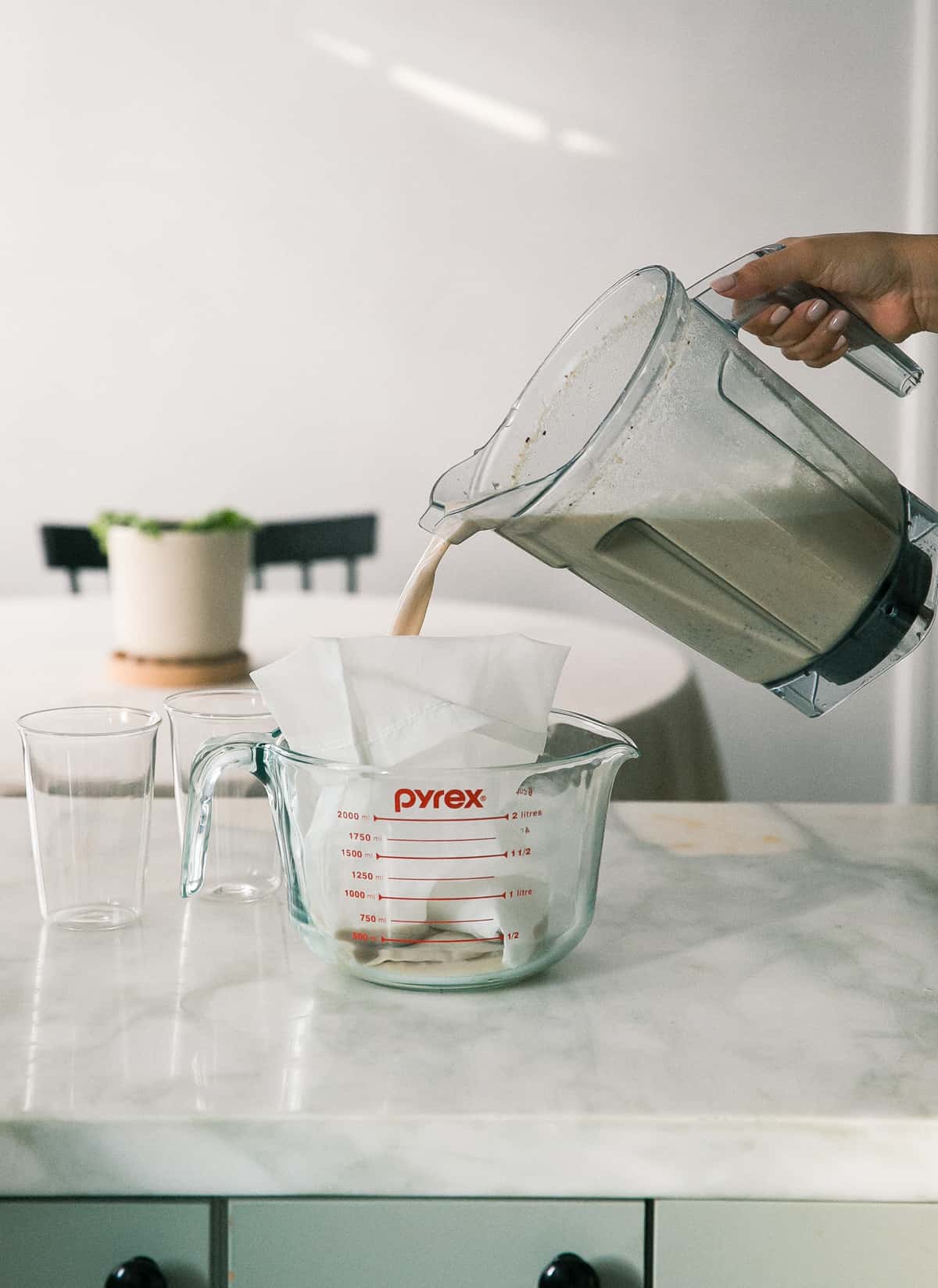 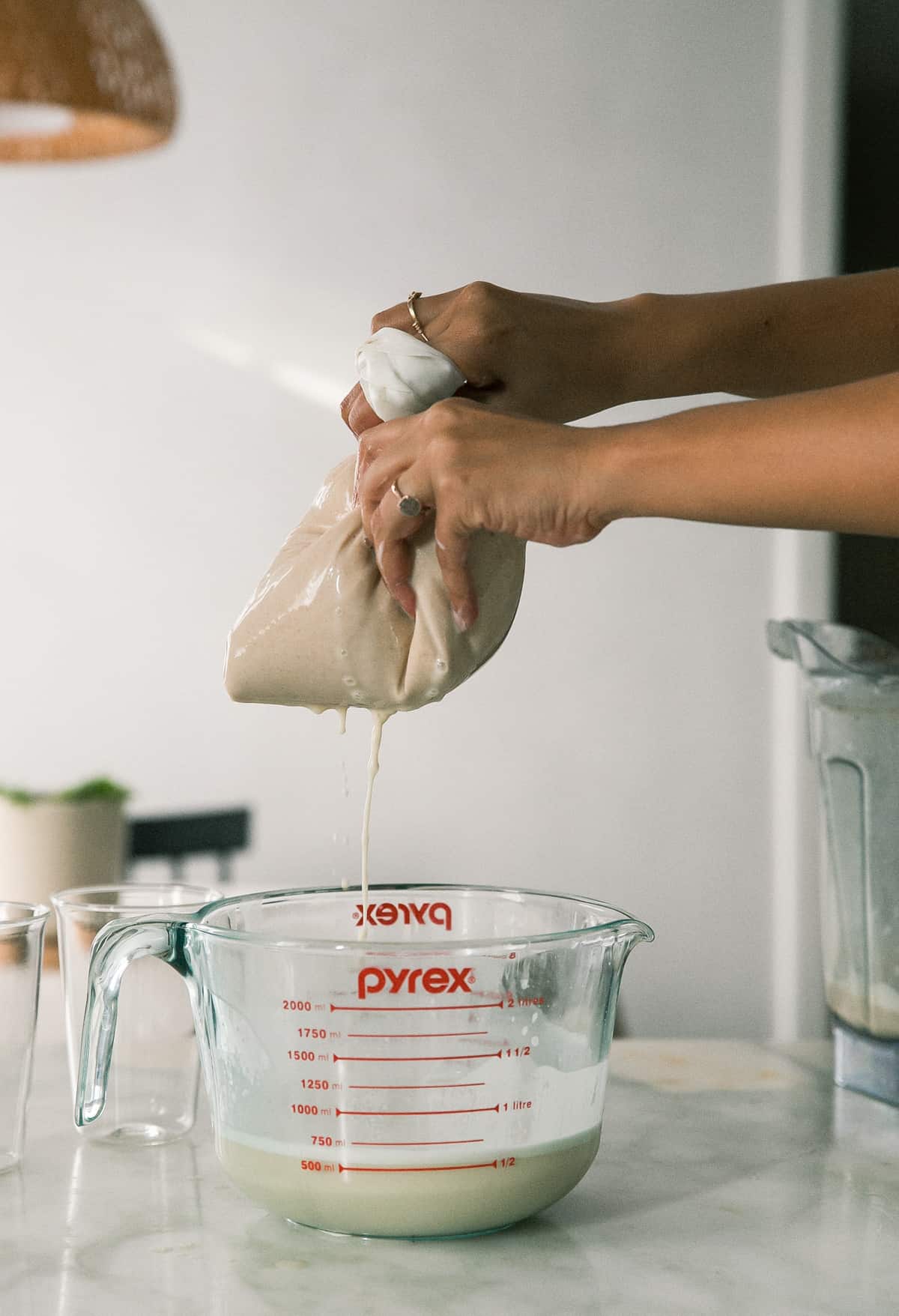 What’s Is Horchata Made Of? 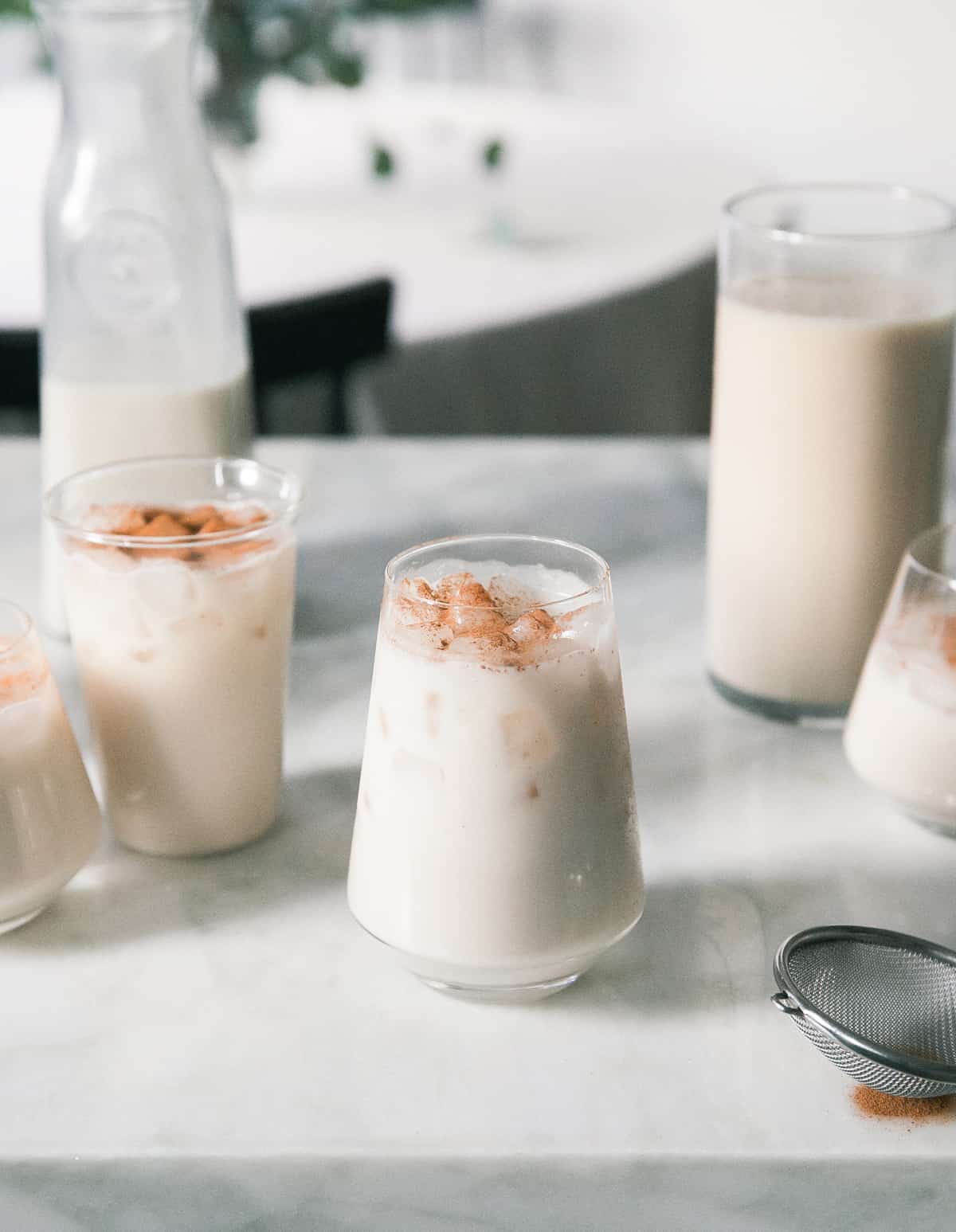 How to Make Horchata 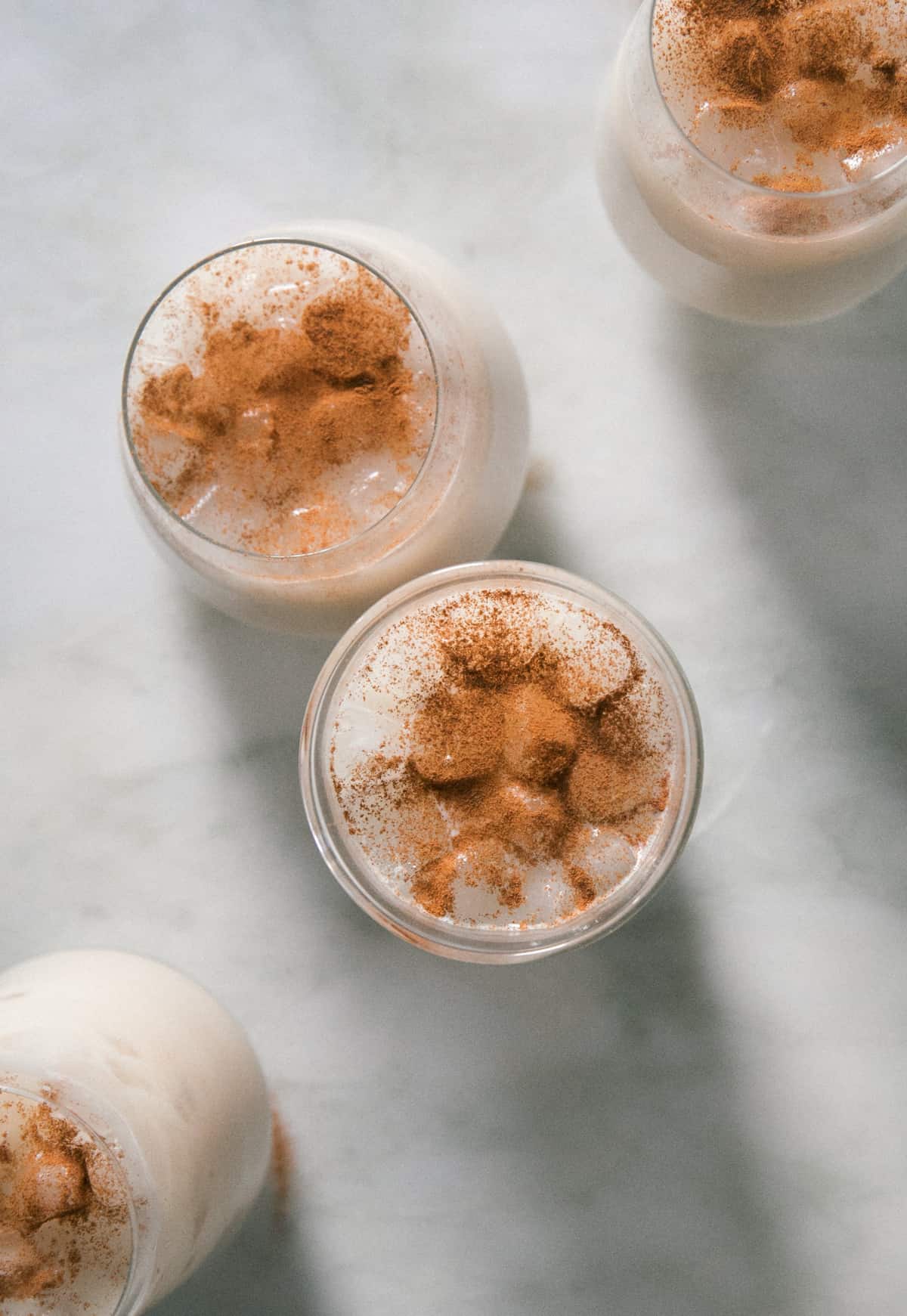 A lot of people want to know, does horchata have dairy? does horchata have milk? The answer isn’t a total simple one. There are recipes that include dairy (mainly evaporated milk and/or sweetened condensed milk. This recipe for horchata drink is totally dairy-free. If you want to make it creamier, you’re more than welcome to add a can of evaporated milk to the mixture and stick it in the fridge to soak. 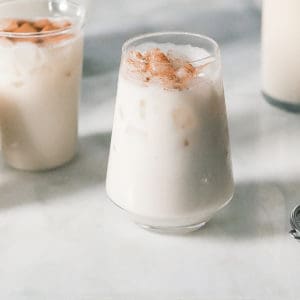 Alternative Straining Methods:  I passed the horchata through a medium mesh strainer. And then poured it through a nut bag. If you don't have a nut bag, you can simply use a fine-mesh strainer. OR you could use place a few layers of cheese cloth nestled in a medium-mesh strainer.  To Store:  This horchata will keep in the fridge for up to 1 week. Just be sure to stir it vigorously before serving.  Equipment: Fine Mesh Strainer | Pyrex Bowl Set with Lids | High-Powered Blender (Splurge) | High-Powered Blender (Budget) | Nut Bag |
CourseDrinks
CuisineAmerican, Central America, Mexican
Keywordhorchata, horchata drink, horchata recipe, mexican horchata, what is horchata
Calories: 108kcal | Carbohydrates: 27g | Protein: 1g | Fat: 1g | Saturated Fat: 1g | Sodium: 96mg | Potassium: 37mg | Fiber: 1g | Sugar: 27g | Calcium: 36mg | Iron: 1mg
Did you make this Recipe? Tag me Today!Tag @acozykitchen on Instagram and hashtag it #acozykitchen

If you end up making this recipe, let me know on Instagram! 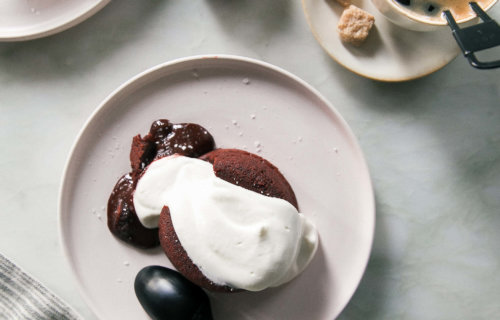 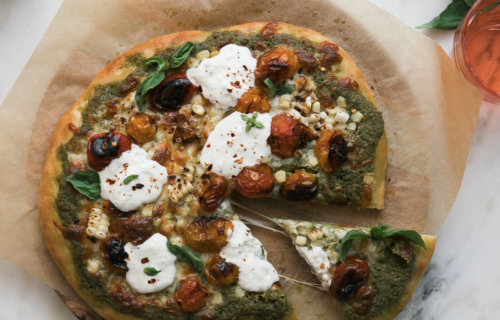 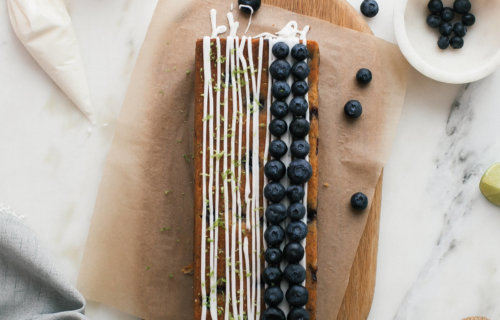