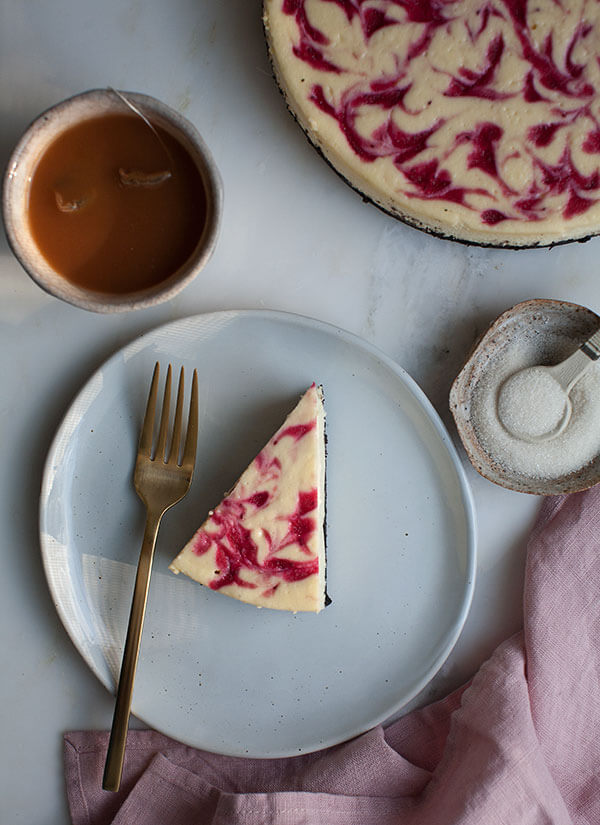 No one, and I mean no one, loves cheesecake more than my dad. I have no idea why because the man doesn’t even like cheese. WHA!! Yes, I know. He doesn’t like cheese. It’s the oddest thing in the entire world, but his favorite dessert of them all—and he loves mostly everything sweet—is cheesecake.

He’s extremely critical about cheesecake because he eats a lot of it. As I was recipe testing this here cheesecake, I’d send him photos throughout the process and he’d remark skeptically, giving his harsh criticisms and recommendations. Mostly I think it’s just funny that he takes cheesecake so seriously. 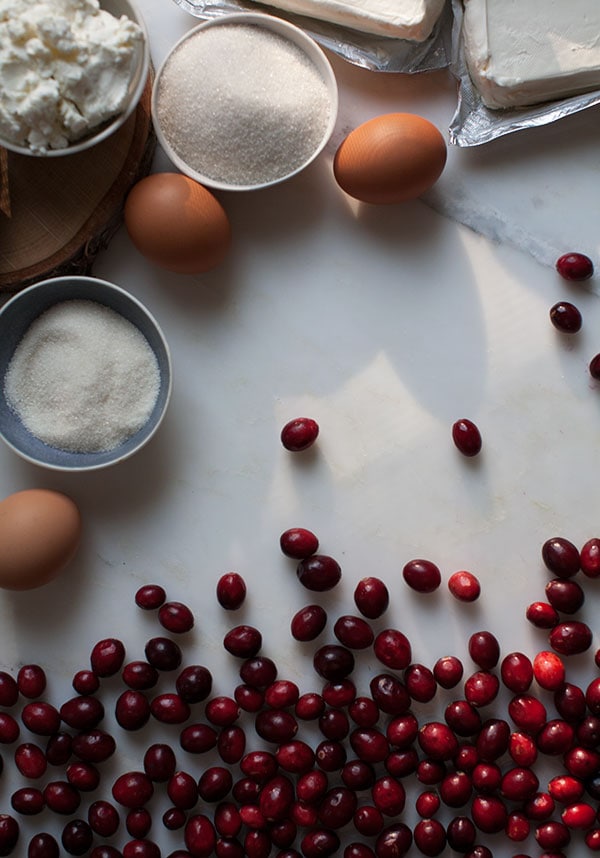 I’m not sure how this will live up to my dad’s cheesecake expectations, but I loved it. It’s perfectly tart; the texture is smooth; and the chocolate crust gives it a nice decadent element. The marble topping is kinda pretty, quickly making it the favorite at a holiday dessert table…or, to you know, eat by yourself by the Christmas tree. And while marbling anything may seem a bit difficult, it’s actually pretty easy. 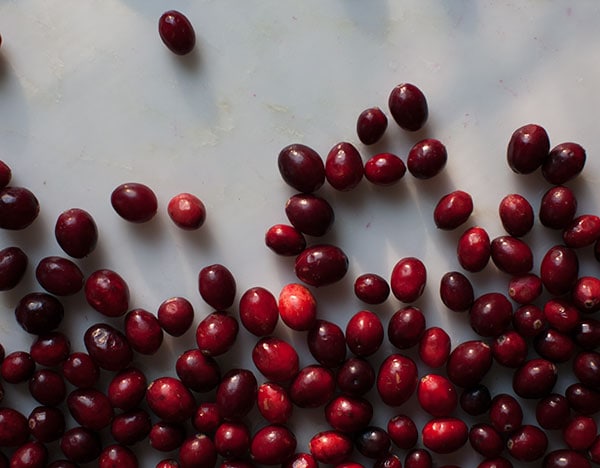 The one thing I hate about making cheesecake is a using a damn springform pan. They’re insanely frustrating, flawed in how their made. Most of them leak, which means, water comes in when you bake it in a water bath. The solution to this for many, is baking a cheesecake in a cake pan. With this though, because of the pretty top, I needed to use a spring form pan (I had one anyway). The solution was to wrap the entire bottom in a few sheets of foil. No water seeping through! 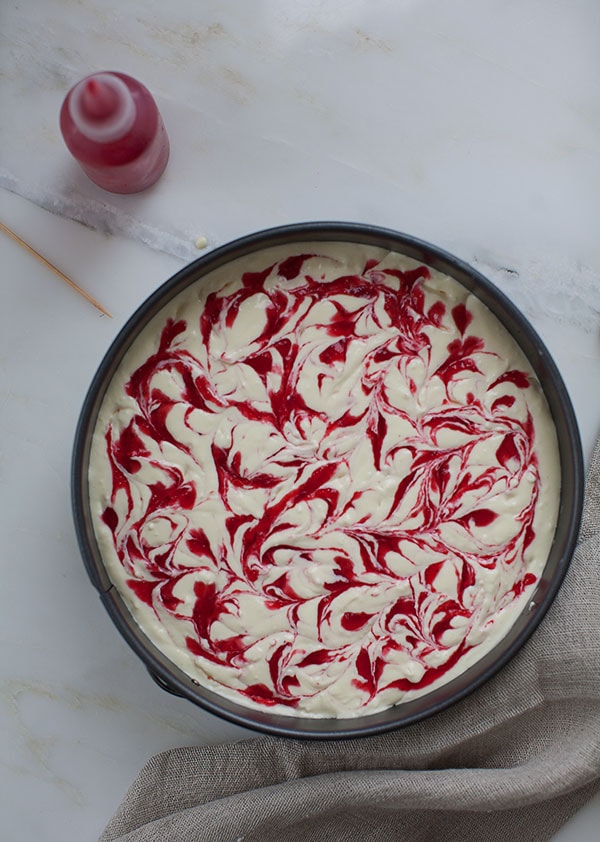 One thing I learned about marbling is this: if you want tighter swirls, use a smaller skewer to swirl the cranberry sauce around. If you want bigger swirls (I did), use a larger skewer and get messy with it. I promise it’ll look pretty regardless.

And that’s really it!

My dad is making this recipe this weekend. Hopefully he’ll leave a comment with the results. 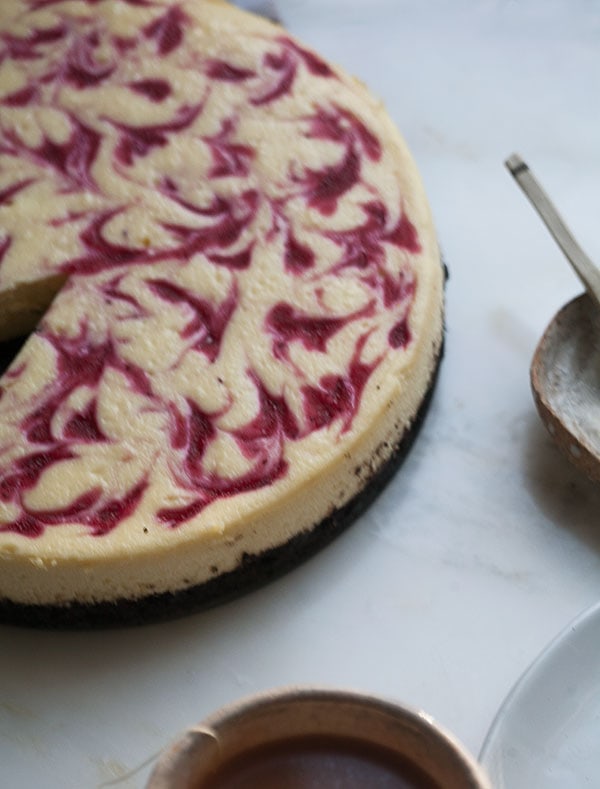 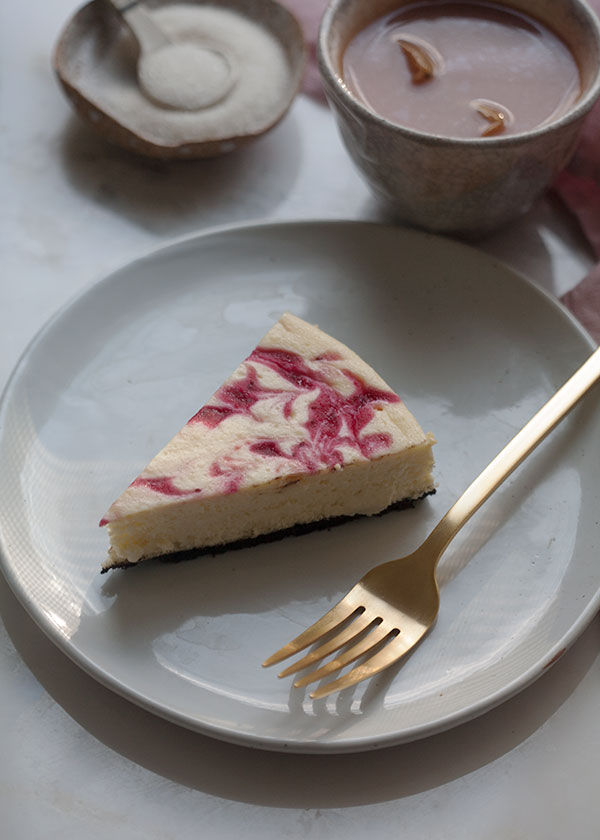 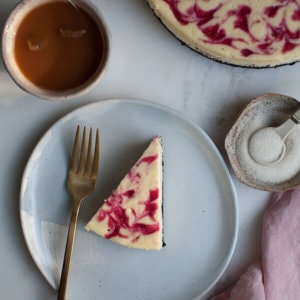 *I used Nabisco famous chocolate wafers, found at most grocery stores. I blitzed them in a food processor until totally crumby.
Did you make this Recipe? Tag me Today!Tag @acozykitchen on Instagram and hashtag it #acozykitchen
CheeseChristmasDesserts
December 10, 2014 by Adrianna Adarme 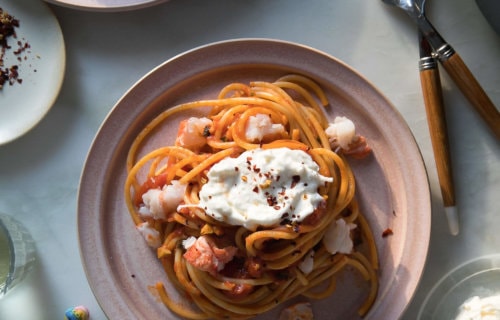 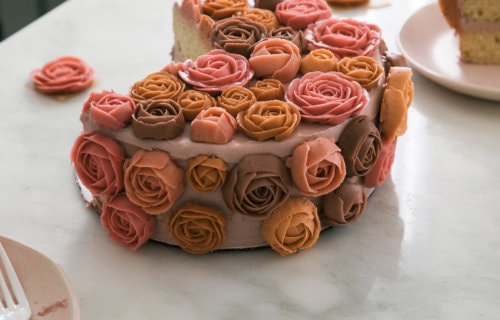