5 from 11 votes
Published Jan 27, 2021Last Updated Jan 27, 2021
Jump to Recipe
Pin RecipeLeave a Comment
This cinnamon swirl bread recipe has the ultimate cozy vibes. It's a beautiful, enriched dough filled with a swirl of cinnamon, brown sugar and butter. 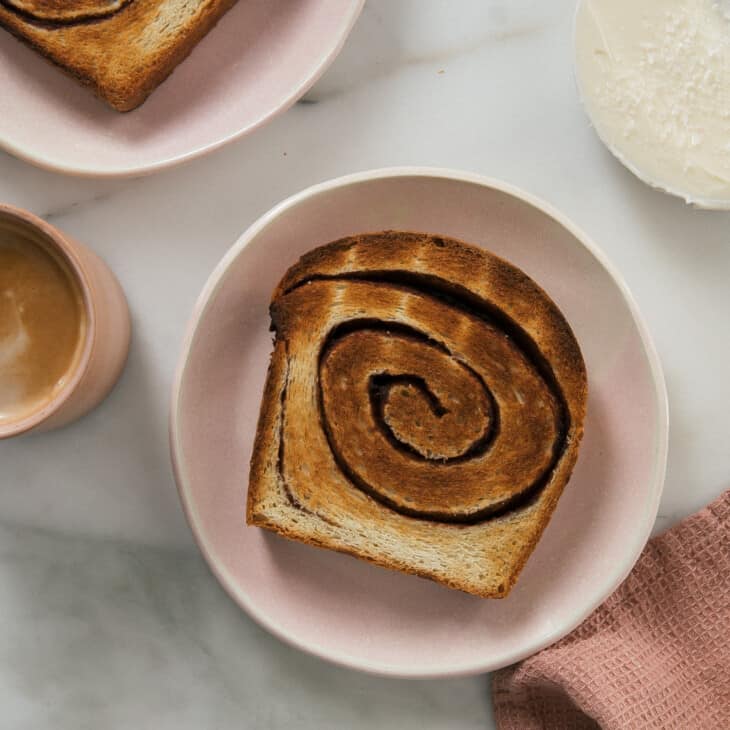 This cinnamon swirl bread recipe has the ultimate cozy vibes. It’s a beautiful, enriched dough filled with a swirl of cinnamon, brown sugar and butter.

What Is Cinnamon Swirl Bread

You might be familiar with Pepperidge Farm’s Cinnamon Swirl Bread. I’m gonna be honest, my mom would buy it every once in a while and I LOVED IT. It was truly divine. There was nothing like seeing it in the pantry and me cutting a slice, toasting it and eating it with butter.

It’s not something I ever thought to make but after a few tests, this homemade version from scratch, blew me away with how easy it is to make.

How to Make Cinnamon Swirl Bread

How to Eat Cinnamon Swirl Bread

I am not one to *tell* you how to eat anything. But I will say that this bread is delicious when sliced thick, toasted and smothered with softened butter and a pinch of flakey sea salt. It’s unreal.

I also think it would be great as bread pudding, if say, you make a loaf and don’t eat it all and it gets a bit stale.

How to Make French Toast with Cinnamon Swirl Bread

If you make this Cinnamon Swirl Bread recipe, let me know on Instagram!

Looking for more cozy recipes? Here are some of my favorites:

To Assemble the Swirl Bread:

To Bake the Swirl Bread: