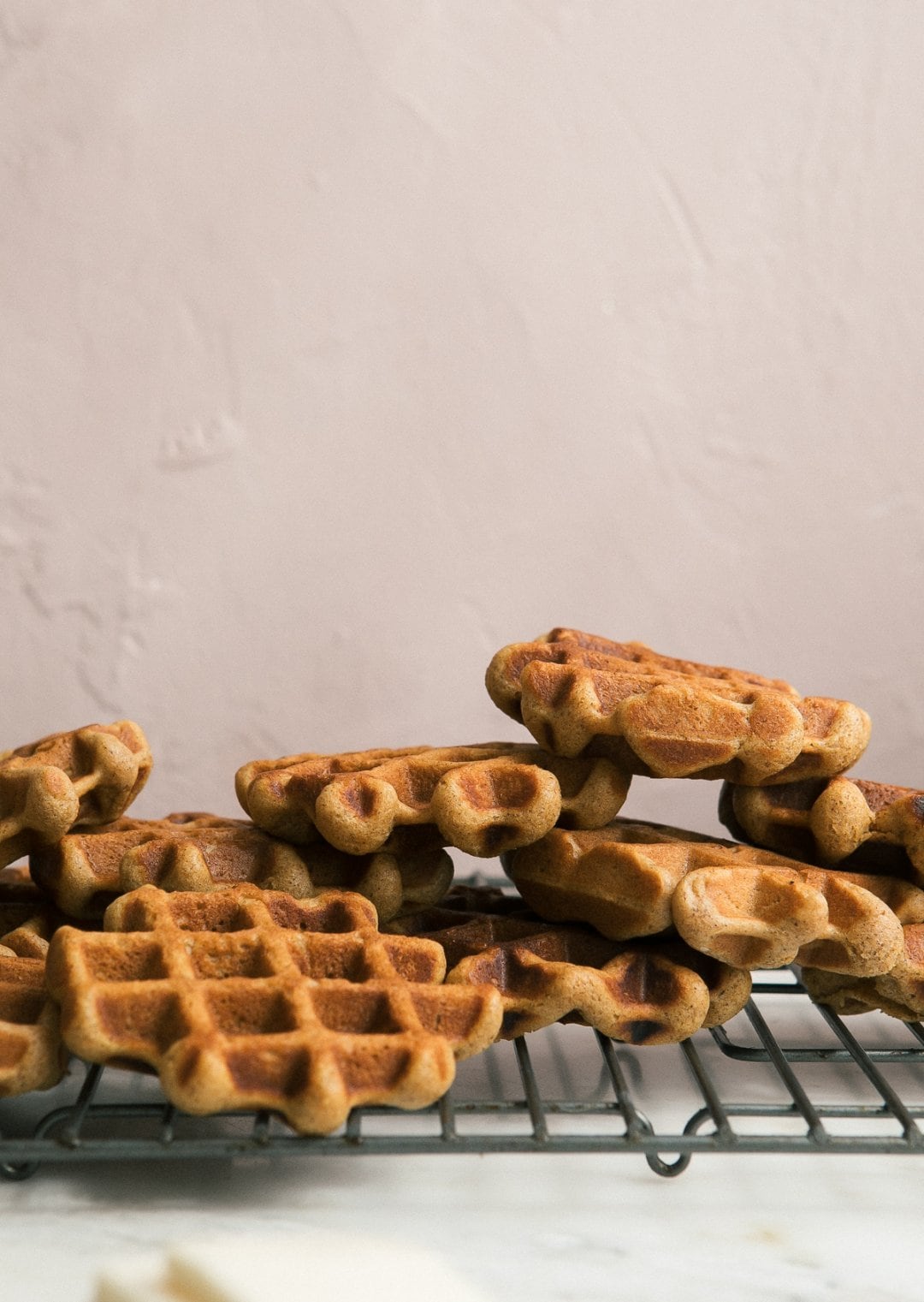 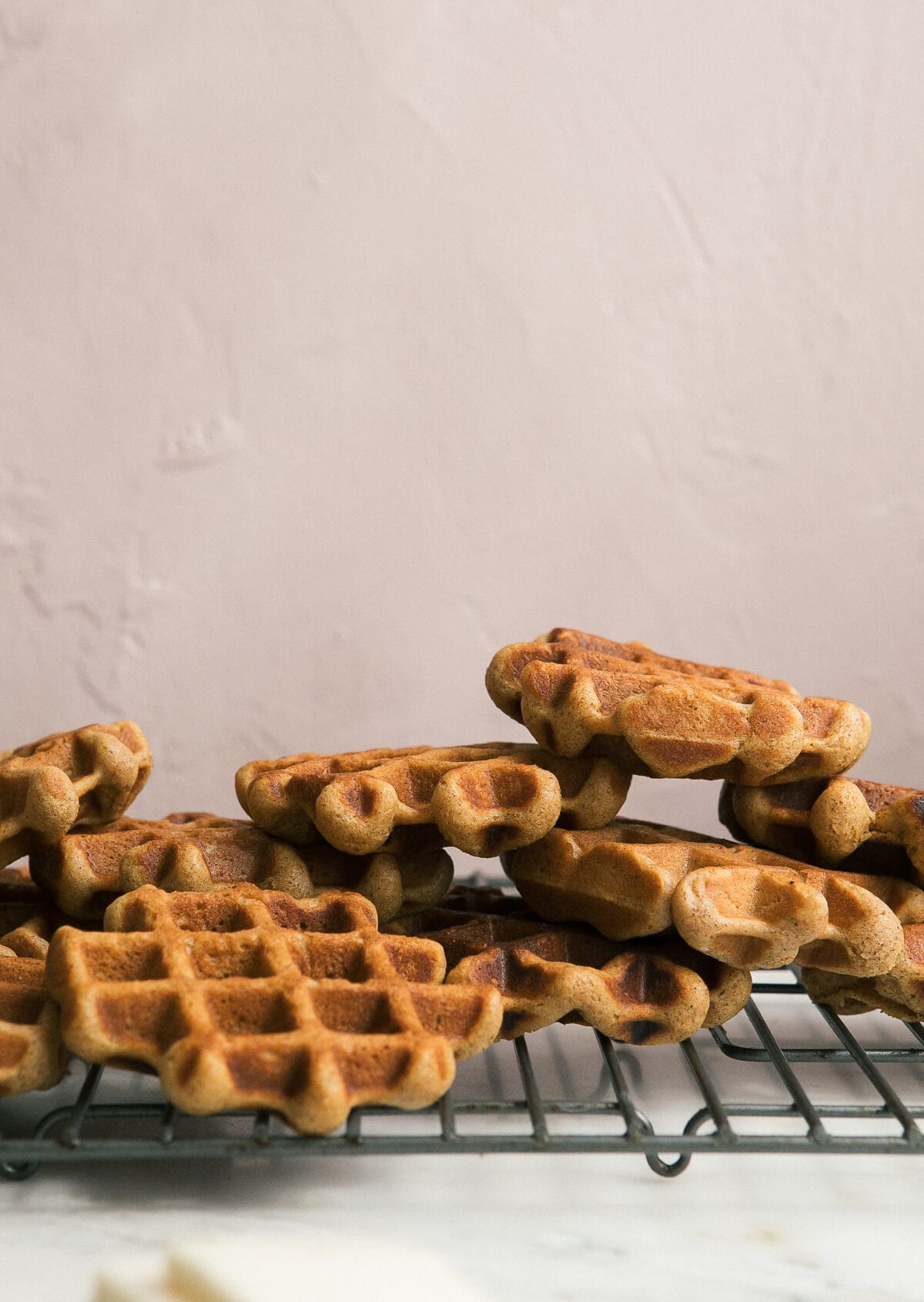 Crispy waffles are easy to achieve. But adding pumpkin and getting CRISPY pumpkin waffles is a whole other thing. So, I’m excited that you’re here because we’re gonna talk about them!

When the weather cools down, all I want to do is eat pumpkin pancakes and pumpkin waffles until I’m over the flavor of pumpkin (that usually happens around mid-November) lol. But we’re still in October so I say let’s do this until then. 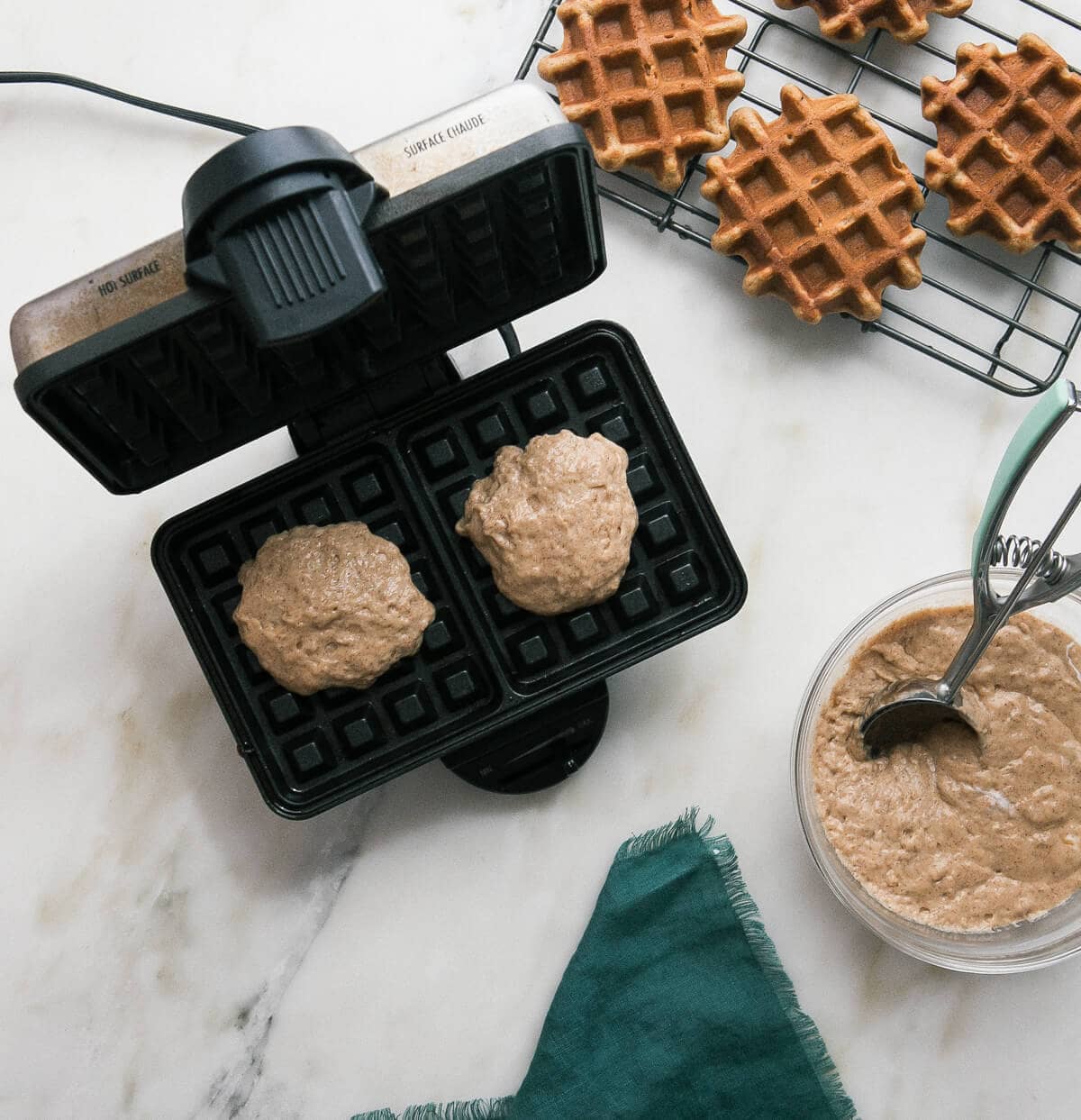 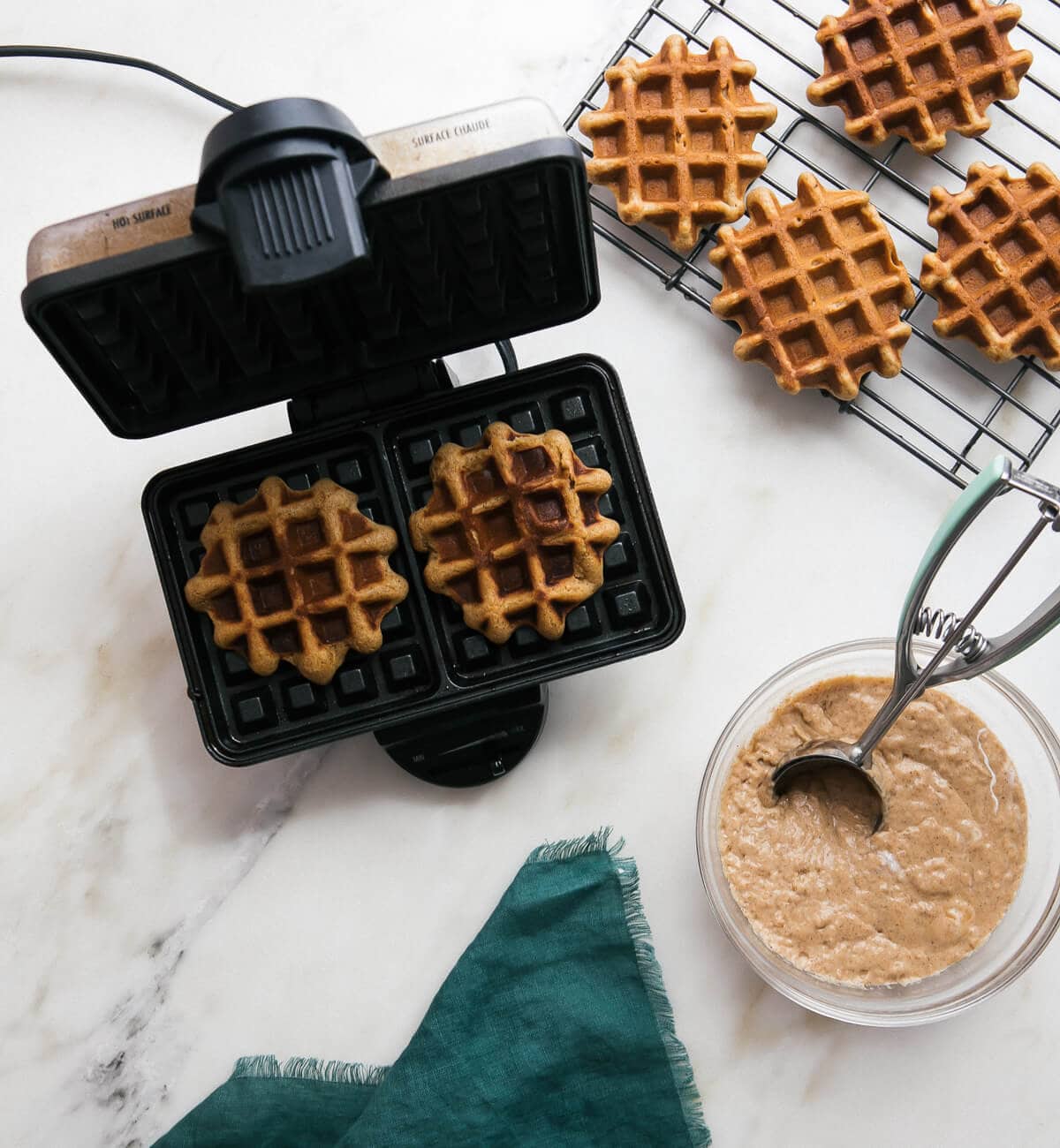 These pumpkin waffles have a crust! Achieving crisp and pumpkin-ness is hard because pumpkin has SO much moisture in it (even the dryer pumpkin). Aldi sent me a bunch of cans of pumpkin and I really like the texture and moisture content. It’s very similar to Libby I would say. 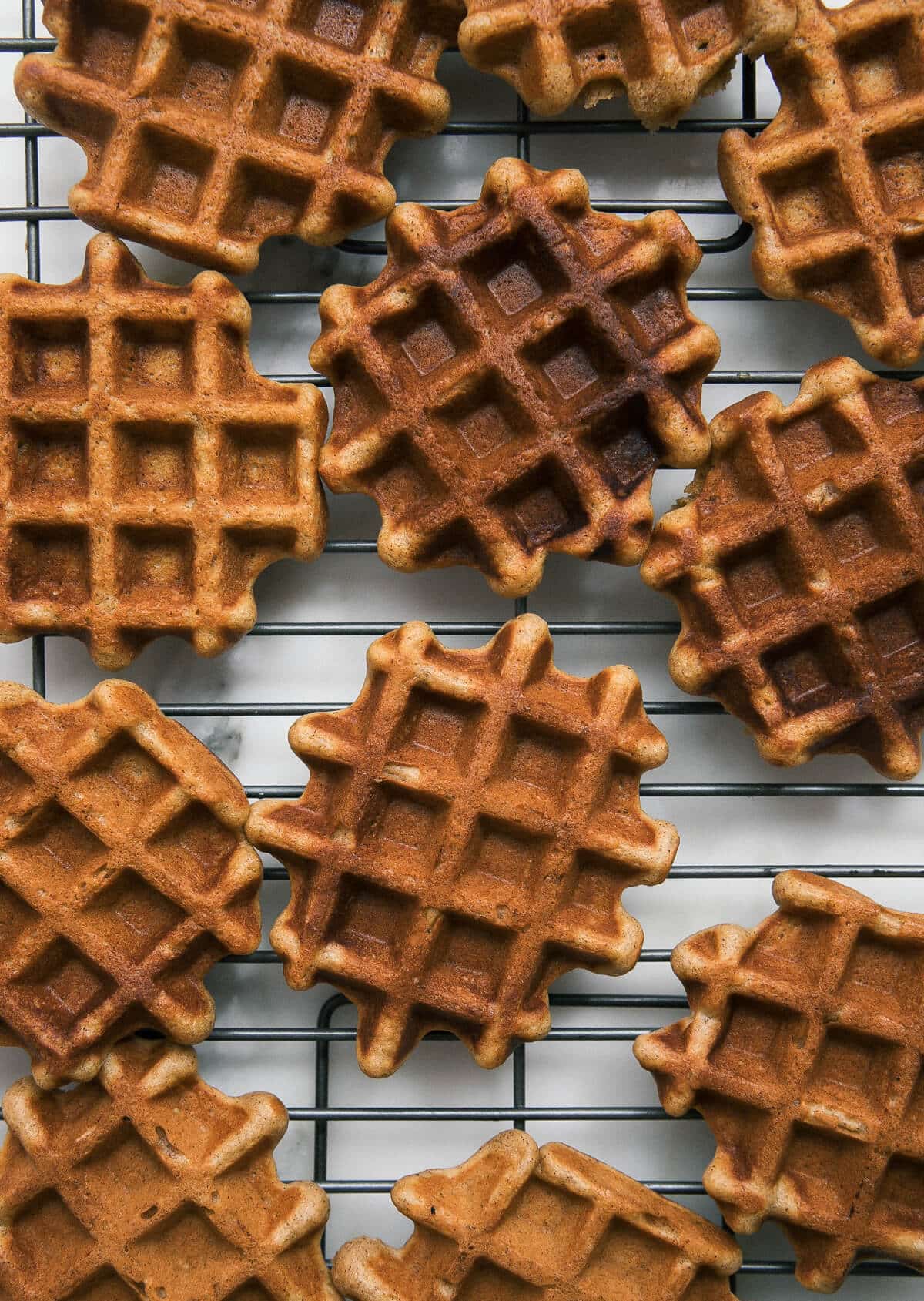 The crispiness will also depend on your actual waffle maker. I use this one from Hamilton and it’s not expensive at all and it’s a total workhorse. If you’re looking for a small (!) and inexpensive and quality waffle maker, it’s a solid choice.

Over the years I’ve had a lot of waffle makers, some fancy and some not. And I really do think that the Hamilton Beach waffle maker is a great buy.

These waffles are adapted from my regular crispy waffles. If you’re ever making something with pumpkin, you can usually remove some of the eggs and that’s what we did here. The eggs have pumpkin in their place; it makes for a perfectly crispy waffle that tastes like fall.

Of course, you cannot make anything pumpkin without adding warm spices, I chose to go with pumpkin spice. I usually buy pumpkin spice but you can make it too–it’s super simple!

I hope you make these crispy pumpkin waffles this weekend and if you do, lemme know how it goes. 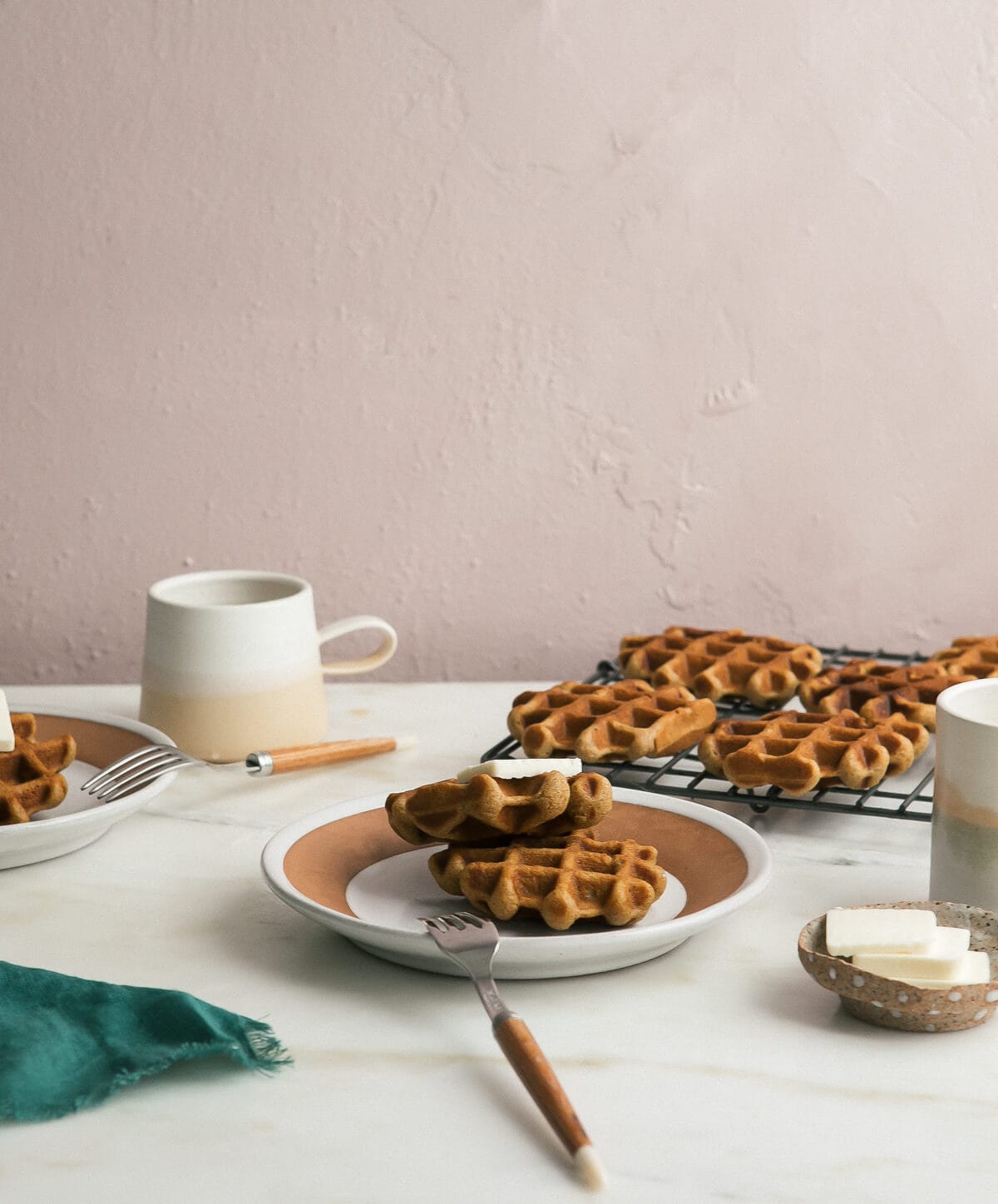 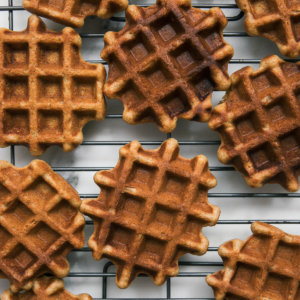 To Make the Dry Mix:

To Make the Wet Mix: 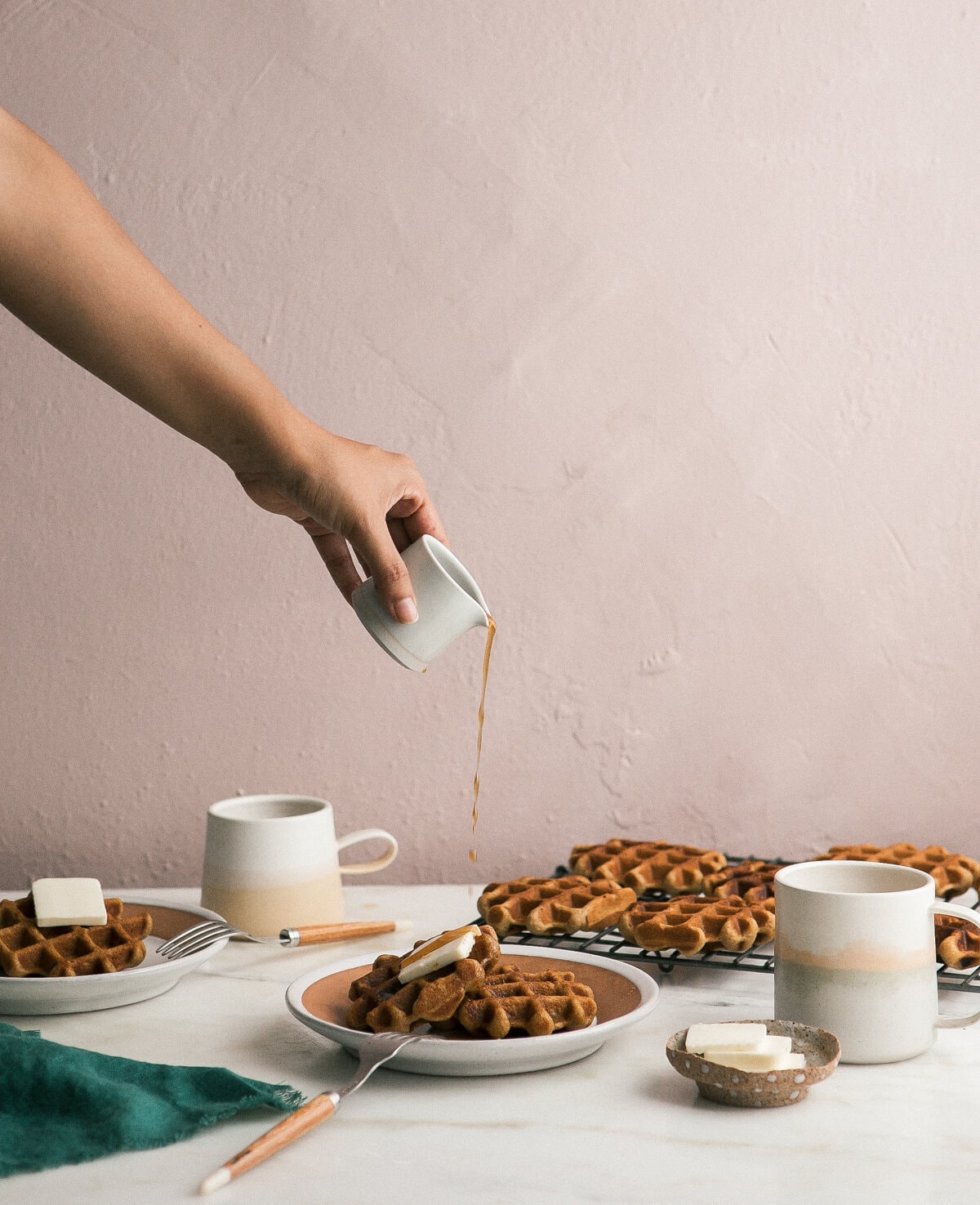 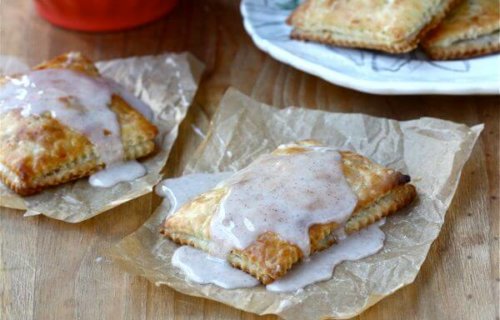 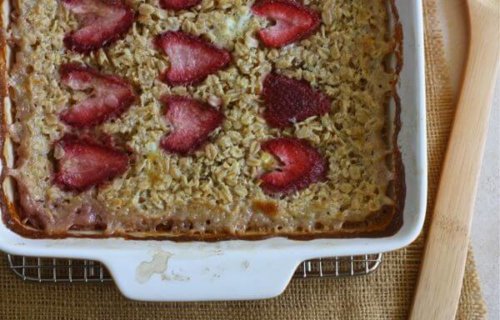 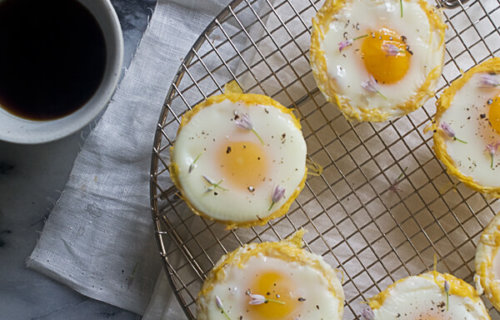