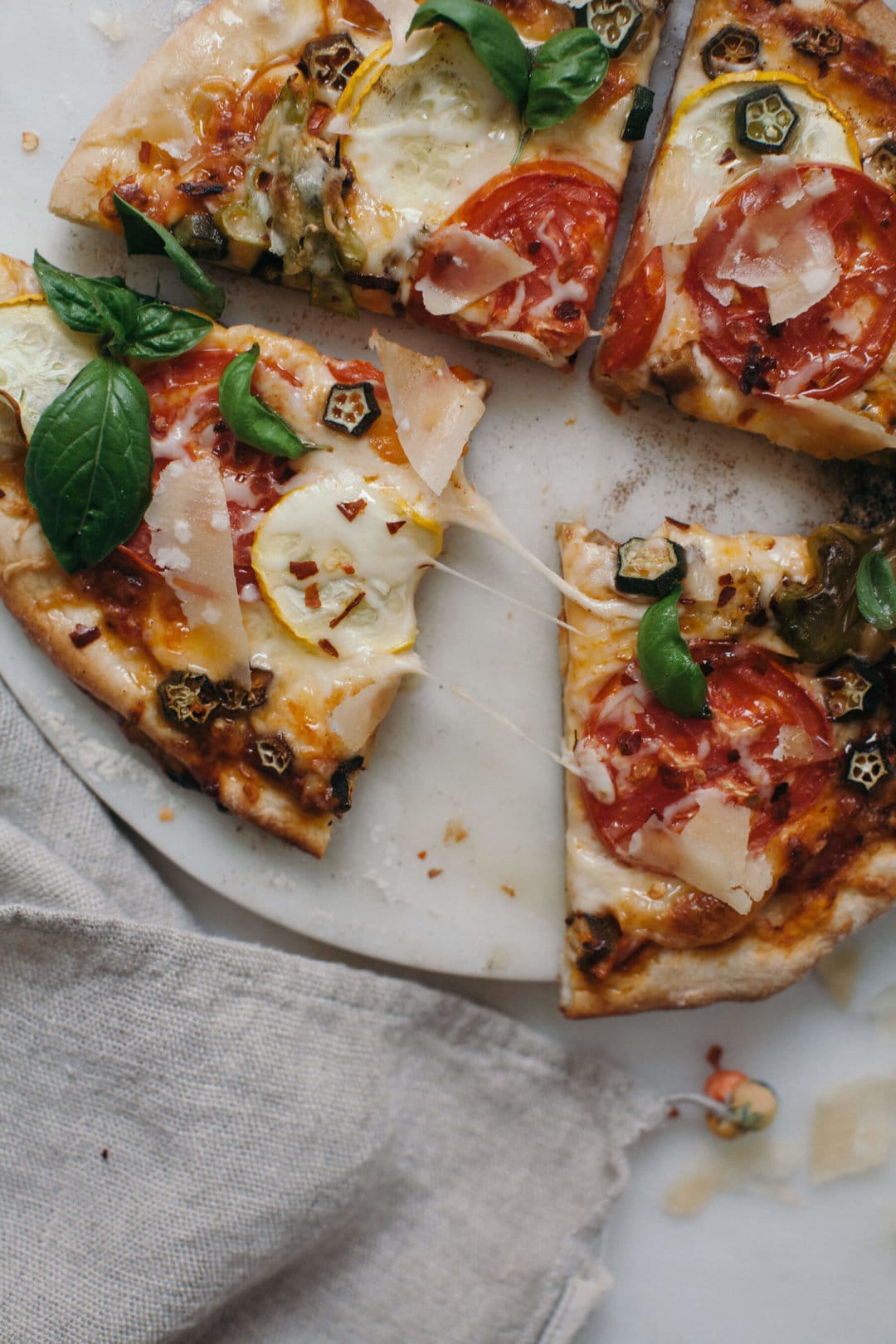 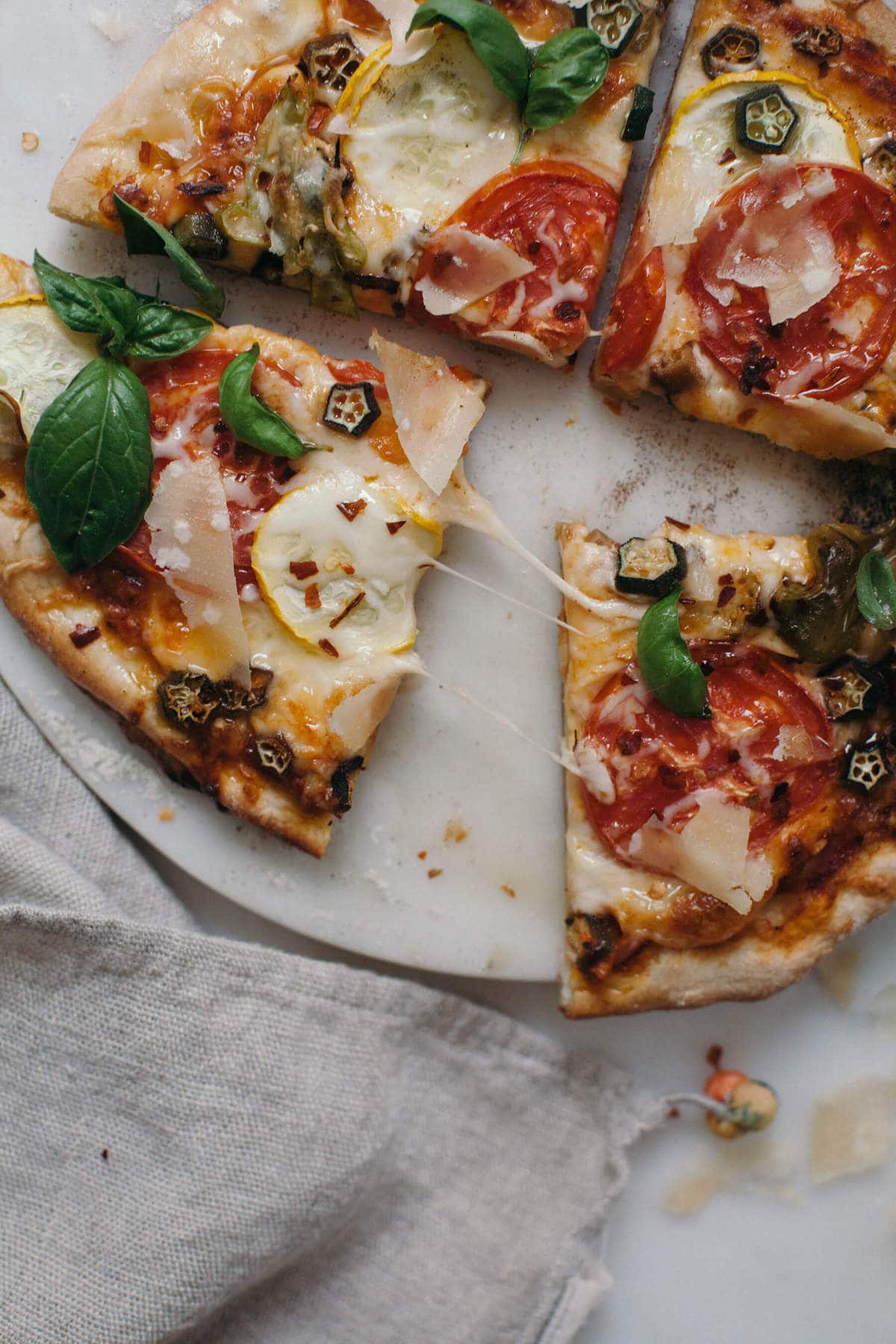 I didn’t grow up ordering meat lover’s pizza from Pizza Hut (or is it Domino’s?). I was a junk food deprived child who would watch lustfully at the commercials that promised cheesy, carb goodness. Those slo’ mo shots: AHHH!

But now that I’m an adult, I DO WHAT I WANT. 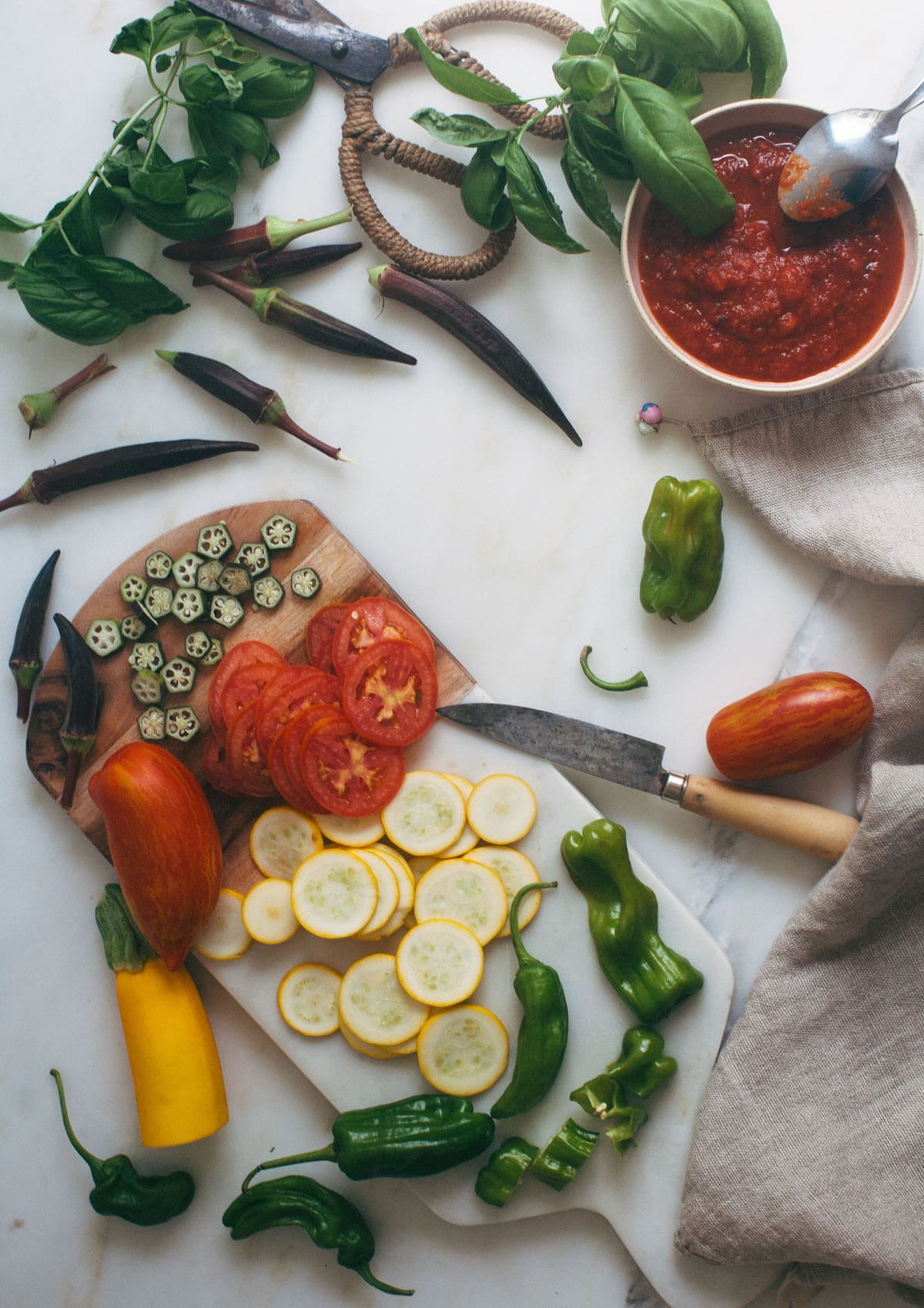 A few weeks ago I was having lunch with Stephanie and she told me she was planning on making a meat lover’s pizza later that night. I was jealous. And then I thought, I kinda want to make one with vegetables. So when I was at the farmer’s market this past Sunday, I bought up a bunch of late-summer produce: okra, yellow summer squash, these beautiful variety of tomatoes and basil. So much basil. 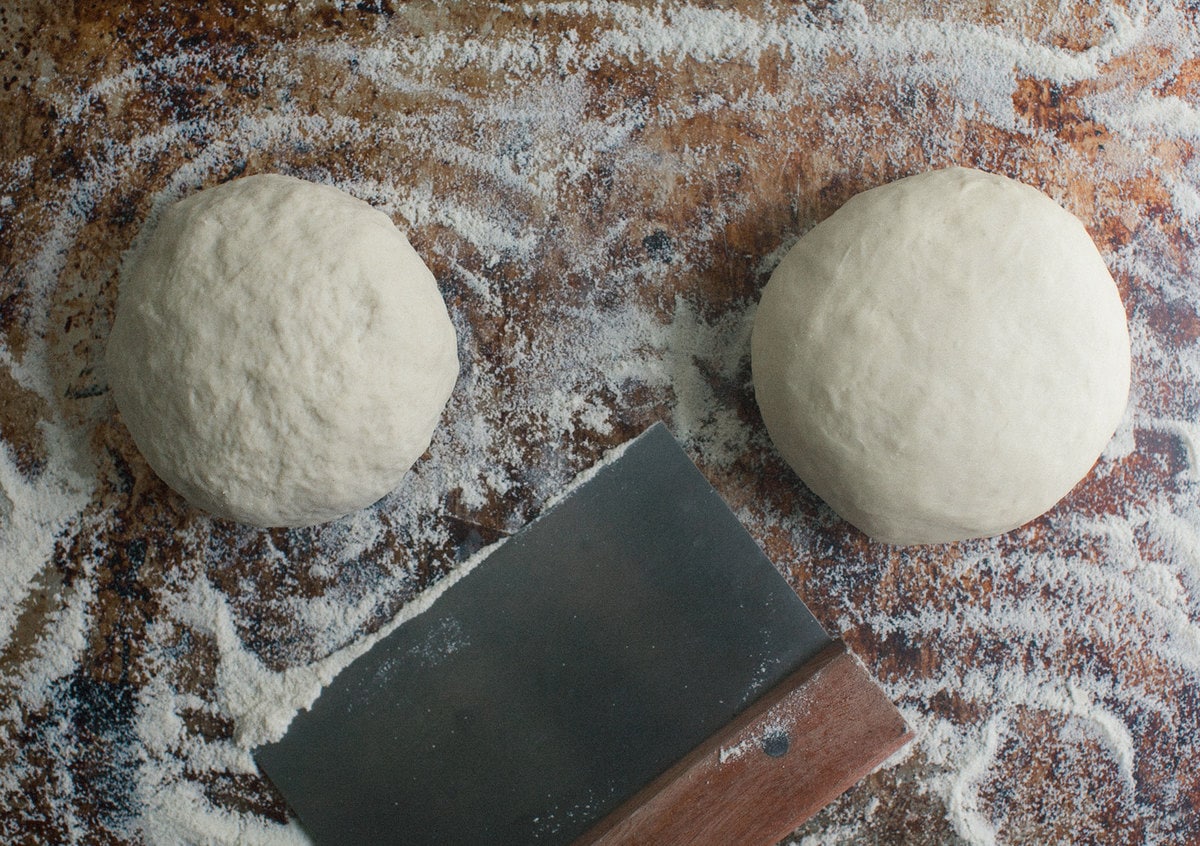 I used the crust recipe from How Sweet Eats. I let it rise a tad bit longer than she did because I’m badly at moving quickly apparently but I ended up really loving the rise time of 10 to 15 minutes. It’s the perfect intersection of thin crust with a bit of volume. It’s not super thick but not super thin either. 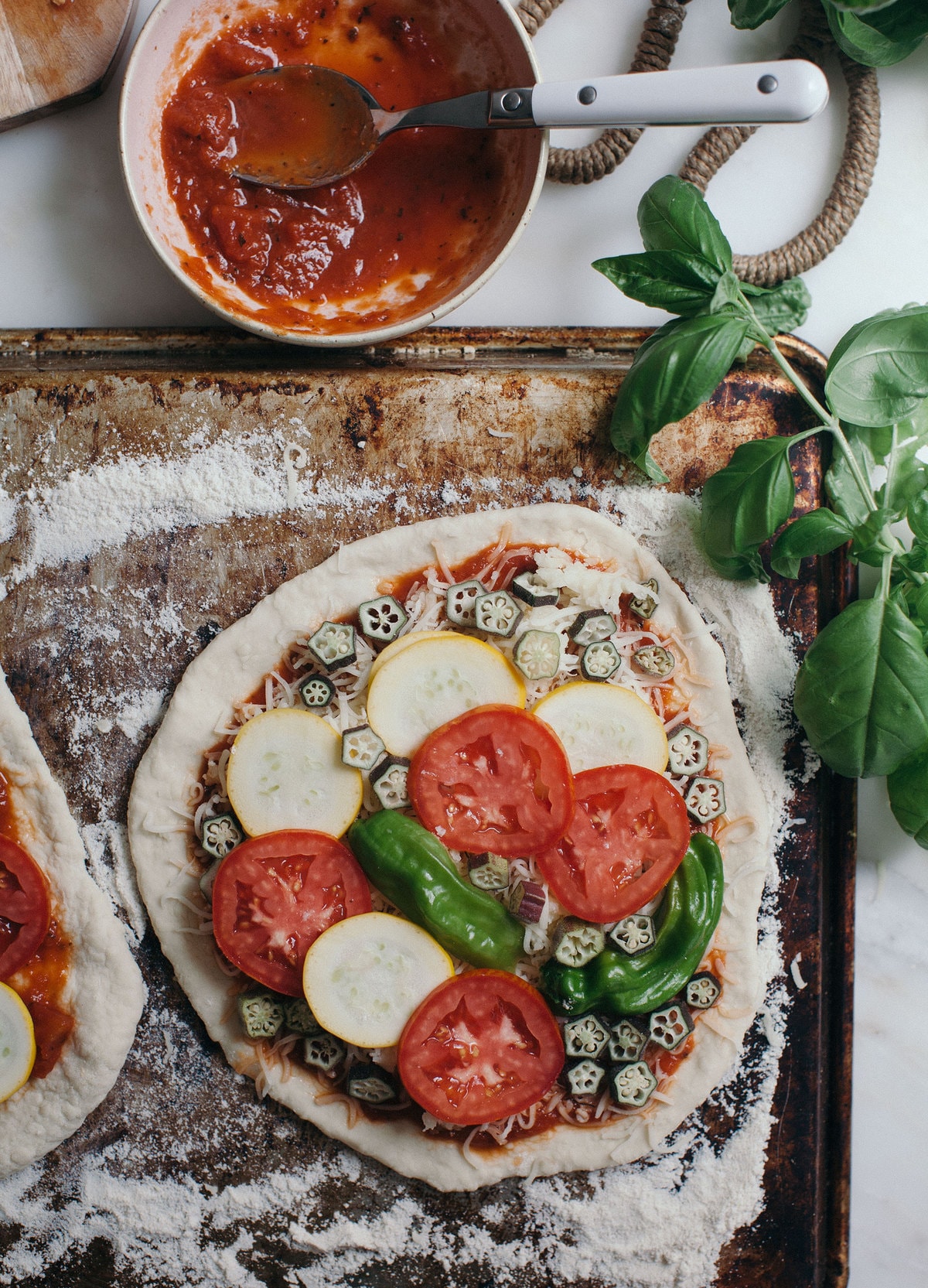 And I used my baking steel. If you don’t have one, you can also bake this on a baking sheet.

Oh! And if you don’t have a baking sheet and dust it with a bit of cornmeal. It’ll slide right off onto the baking steel/pizza stone and you’ll feel like a hack hero.

If you are a hater of okra, I’ll say this: you most likely hate it because it’s usually slimy, but not on this pizza! There’s not a teeny bit of slime—just okra gloriousness. 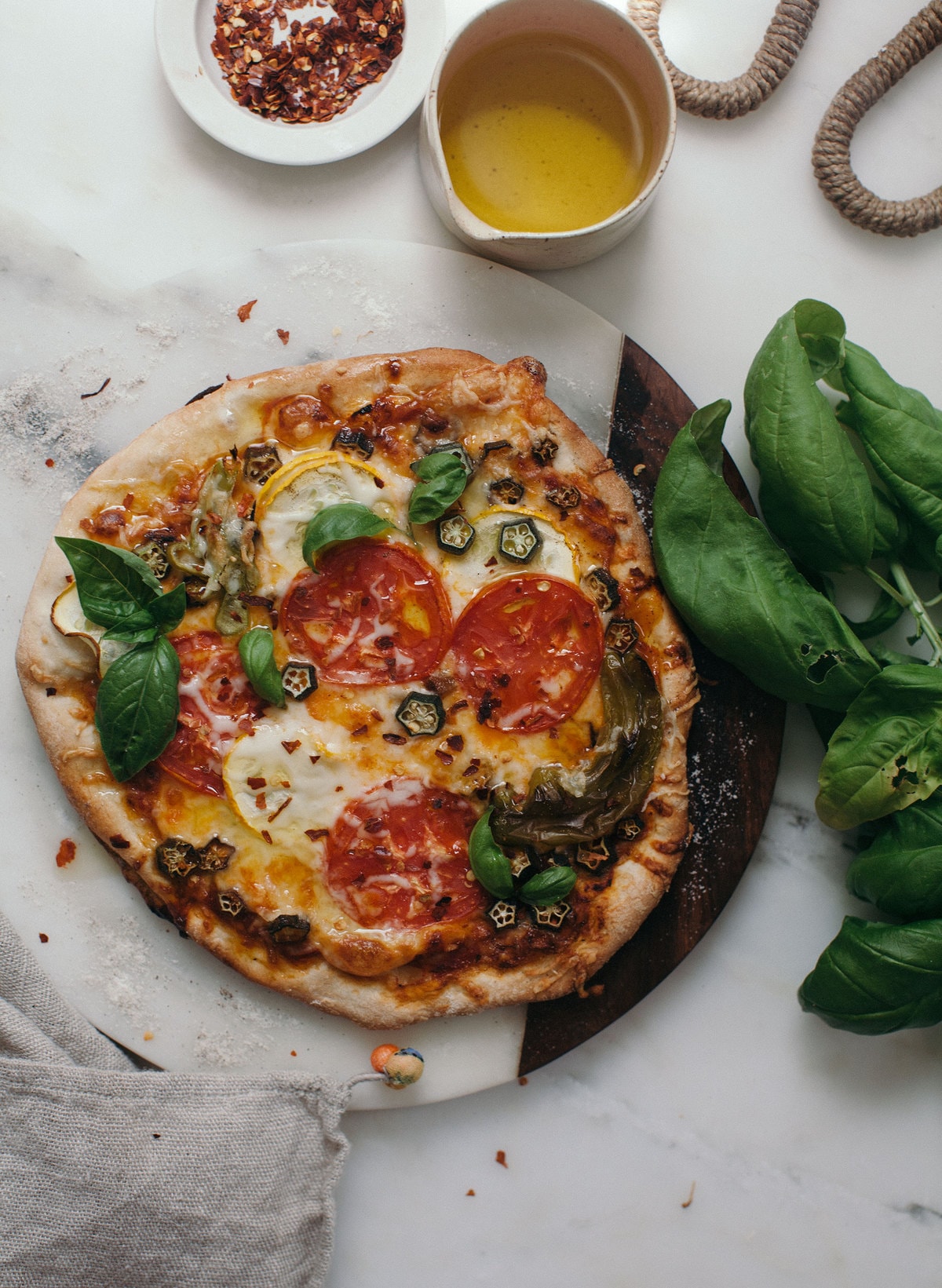 And of course, the vegetables are interchangeable. If you wanted to make this in the fall, include autumn vegetables; in the winter, include winter stuff…you get the idea.

Lastly, add more cheese than you think you should. That’s always a good move.

P.S. Do you notice that there were two shishito peppers in the before shot and then only one in the after? I have no idea where the second shishito pepper went. I still can’t find it. It’s basically the strangest thing ever. I checked my oven, on the floor beside the oven. IT’S A SHISHITO MYSTERY! 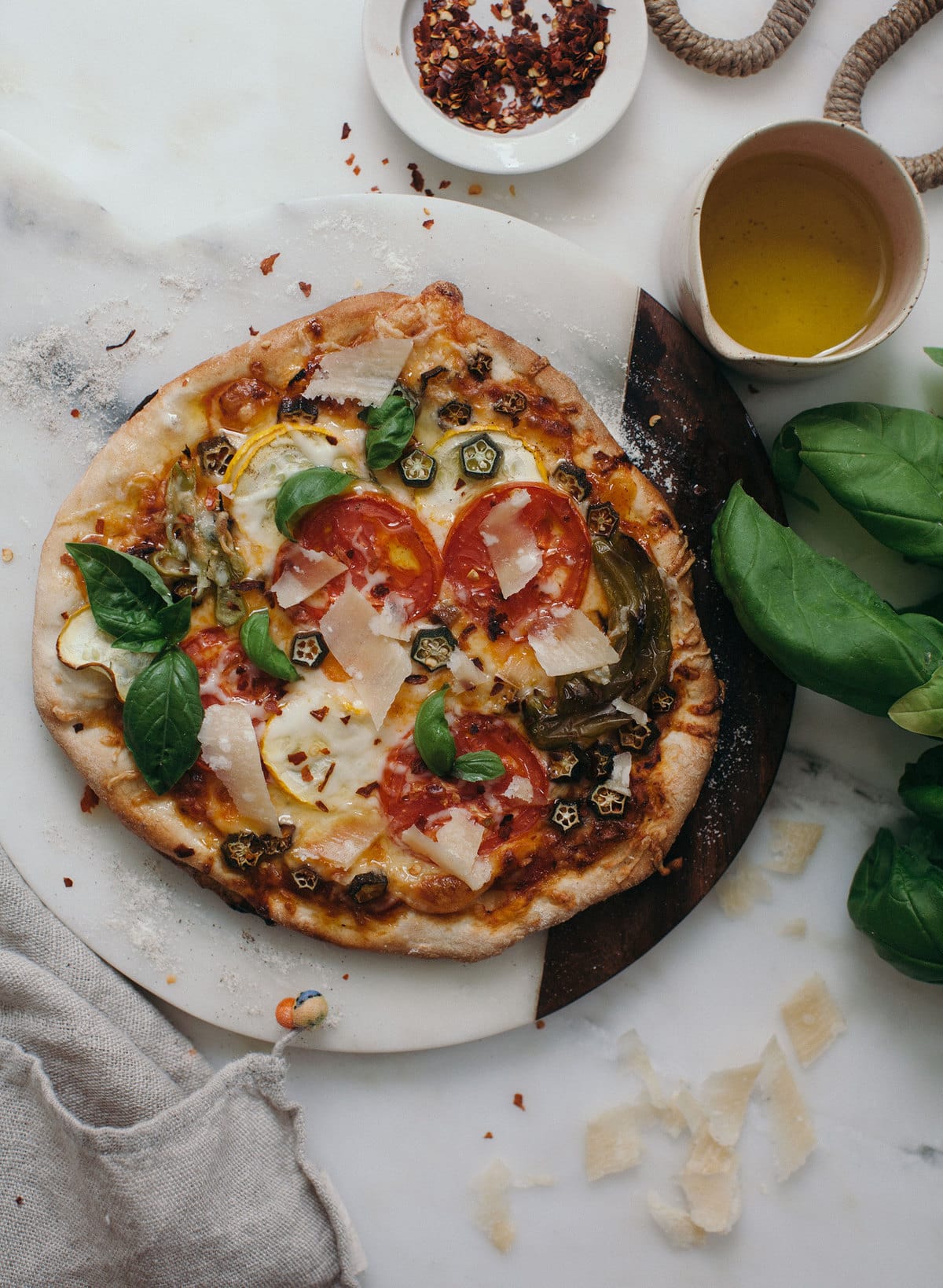 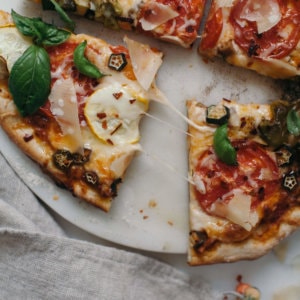 If you've never made pizza at home, I found these tools to be very helpful: pizza stone or pizza steel (if you don't have one use a baking sheet!)
1-inch baking sheet (in lieu of a pizza peel)
Pancake Spatula (helps with getting pizza to and from pizza stone)
Fork (helps with pizza that likes to slide around)
Serving: 2g
Did you make this Recipe? Tag me Today!Tag @acozykitchen on Instagram and hashtag it #acozykitchen

Pizza Dough recipe by The Kitchn via How Sweet Eats 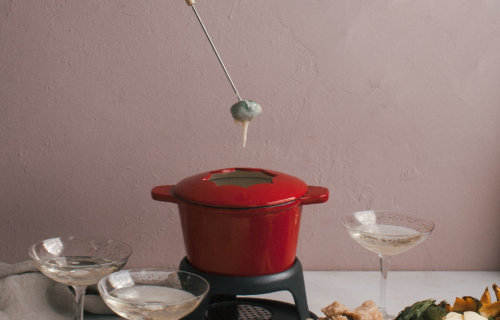 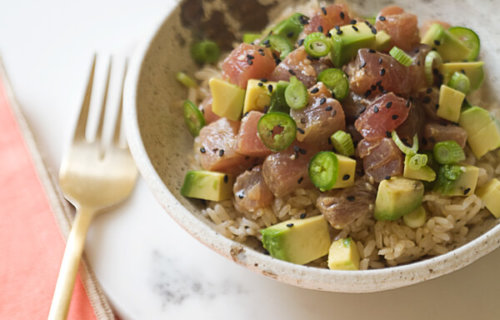 Dinner for One: Poke Avocado Bowl 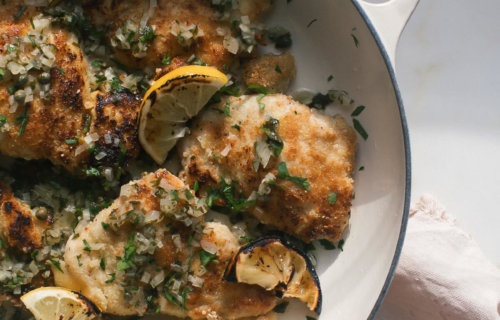