Published Feb 24, 2017Last Updated Apr 20, 2020
Jump to Recipe
Pin RecipeLeave a Comment
This nut butter coconut chocolate tart is both gluten-free and vegan. It's a super rich dessert that nobody would guess is either vegan or gluten-free and is a perfect end to any meal.
Prep Time: 15 minutes
Cook Time: 10 minutes 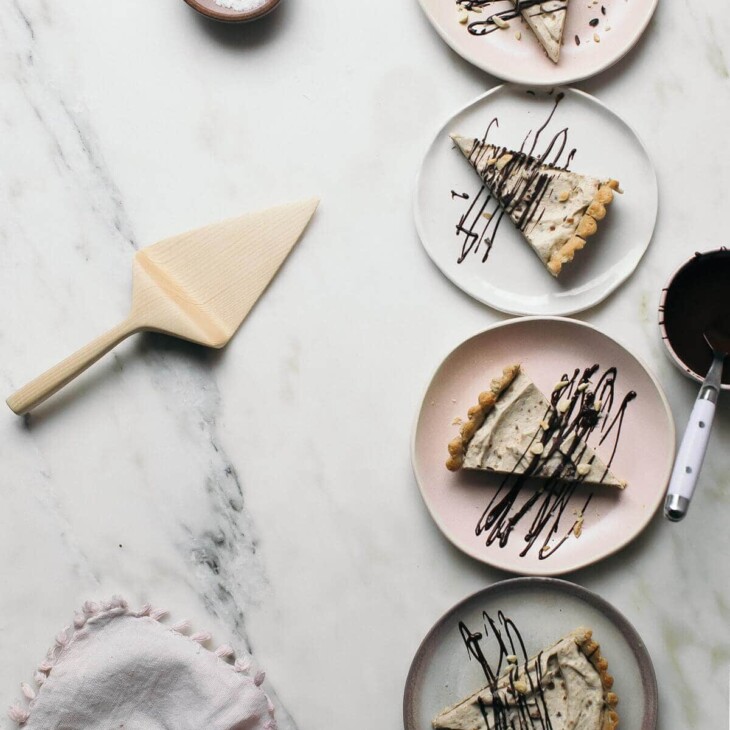 This nut butter coconut chocolate tart is both gluten-free and vegan. It’s a super rich dessert that nobody would guess is either vegan or gluten-free and is a perfect end to any meal. 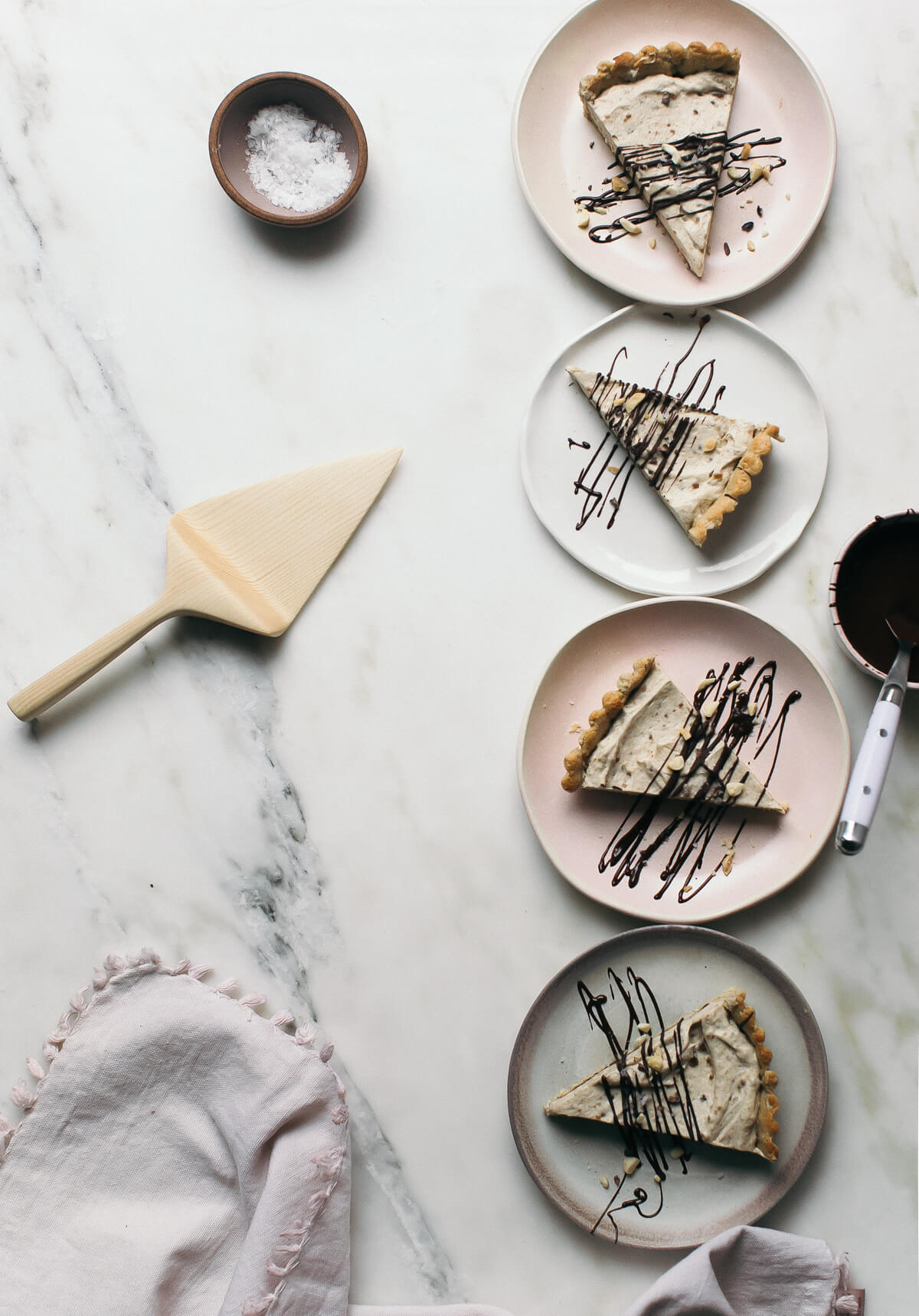 This week wasn’t supposed to be vegan week it just so happened to turn out like that.

This tart is SO SO good. Admittedly, I usually give a side-eye at a dessert if it’s prefaced with “it’s vegan!” or “it’s gluten-free!” I definitely judge a book by its cover a bit. But this filling is something I could’ve eaten by the spoonful.

I haven’t made a ton of vegan desserts in my lifetime. Things like coconut cream and dates and nut butters don’t often collide in my kitchen. But I have a feeling that after this experience, I’m going to have to think about making more of them.

And I think we all love a (nearly) no-bake dessert, amiright?! 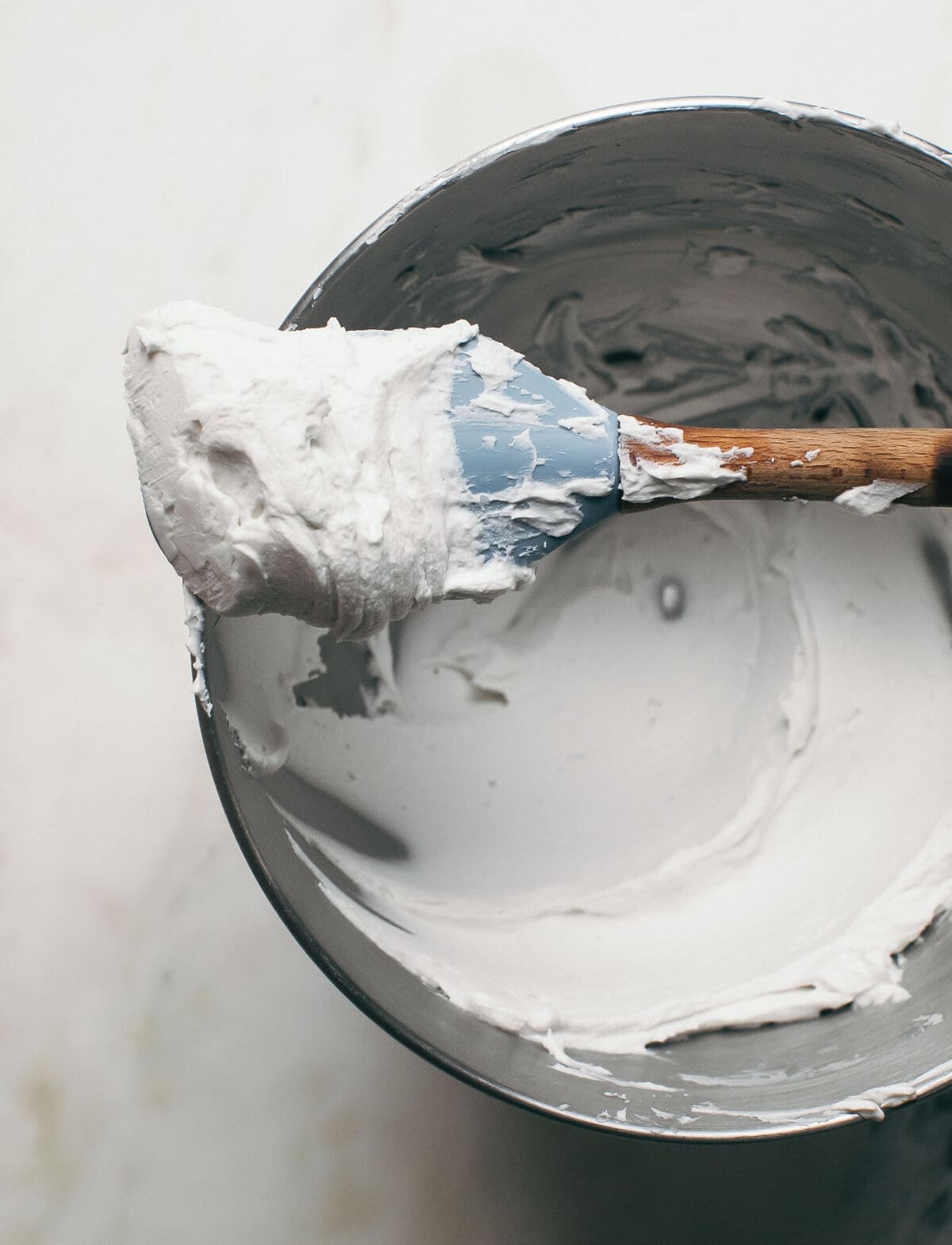 Whipping coconut cream was always on my to-make list but I had never tried it until this dessert. IT IS SO GOOD!

I want to put it on everything now. The only bummer is it does take a bit of pre-planning. In order to get it all fluffy, you have to put it in the fridge the night before.

When I opened the can, I was like WHOA! All of the coconut cream was at the top, all separated. SO COOL. 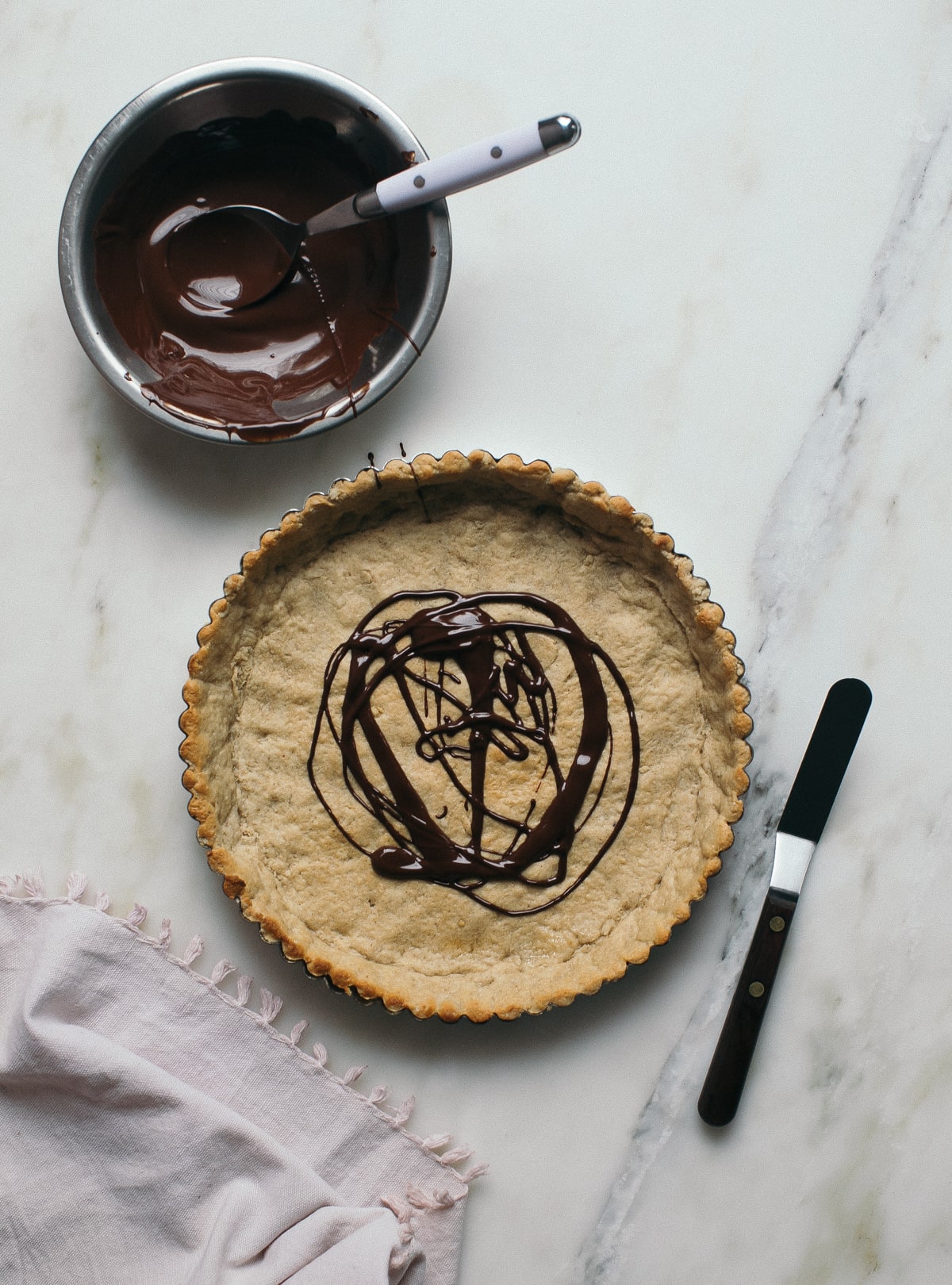 How to make a gluten-free tart crust: 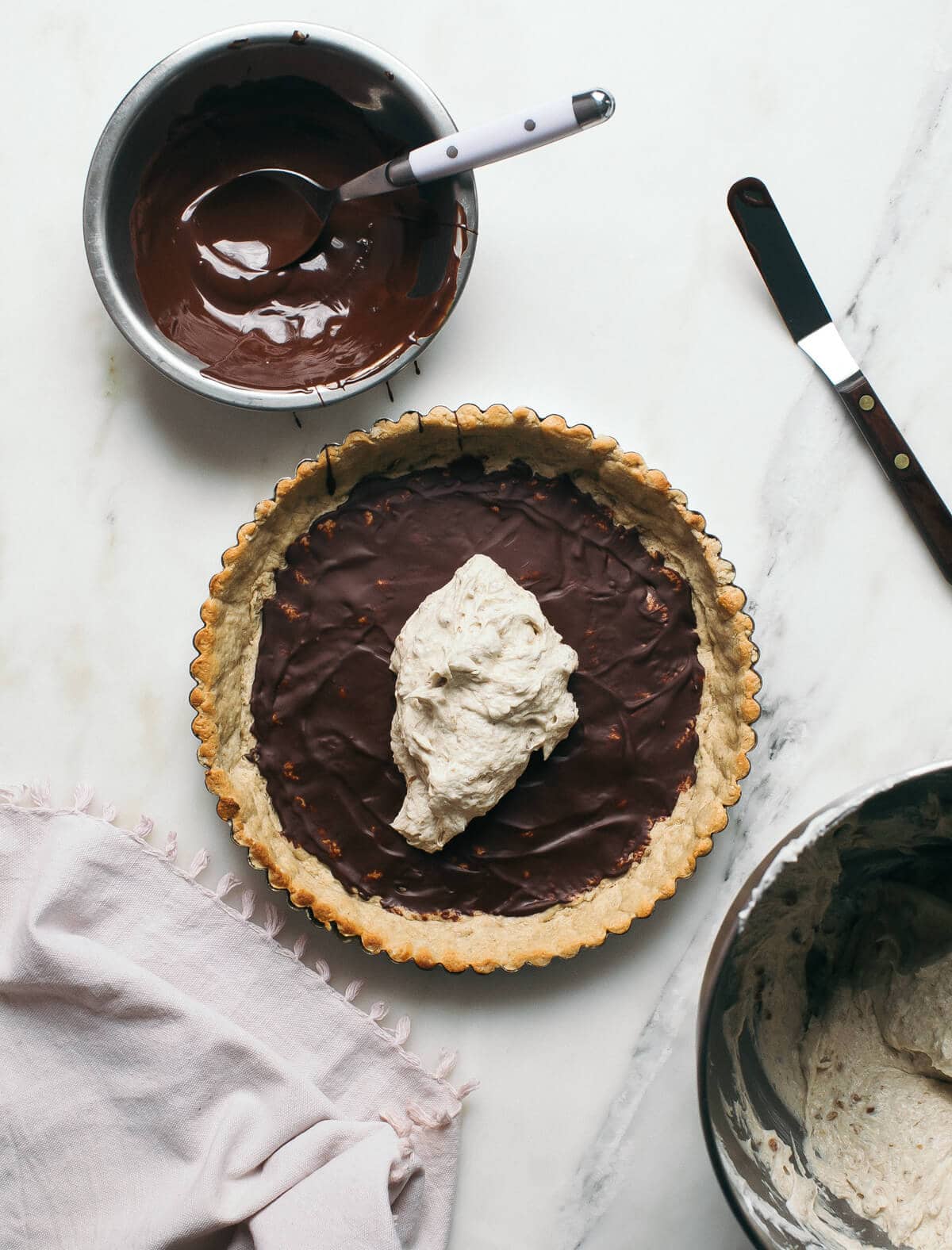 How to make a Nut Butter Coconut Chocolate Tart: 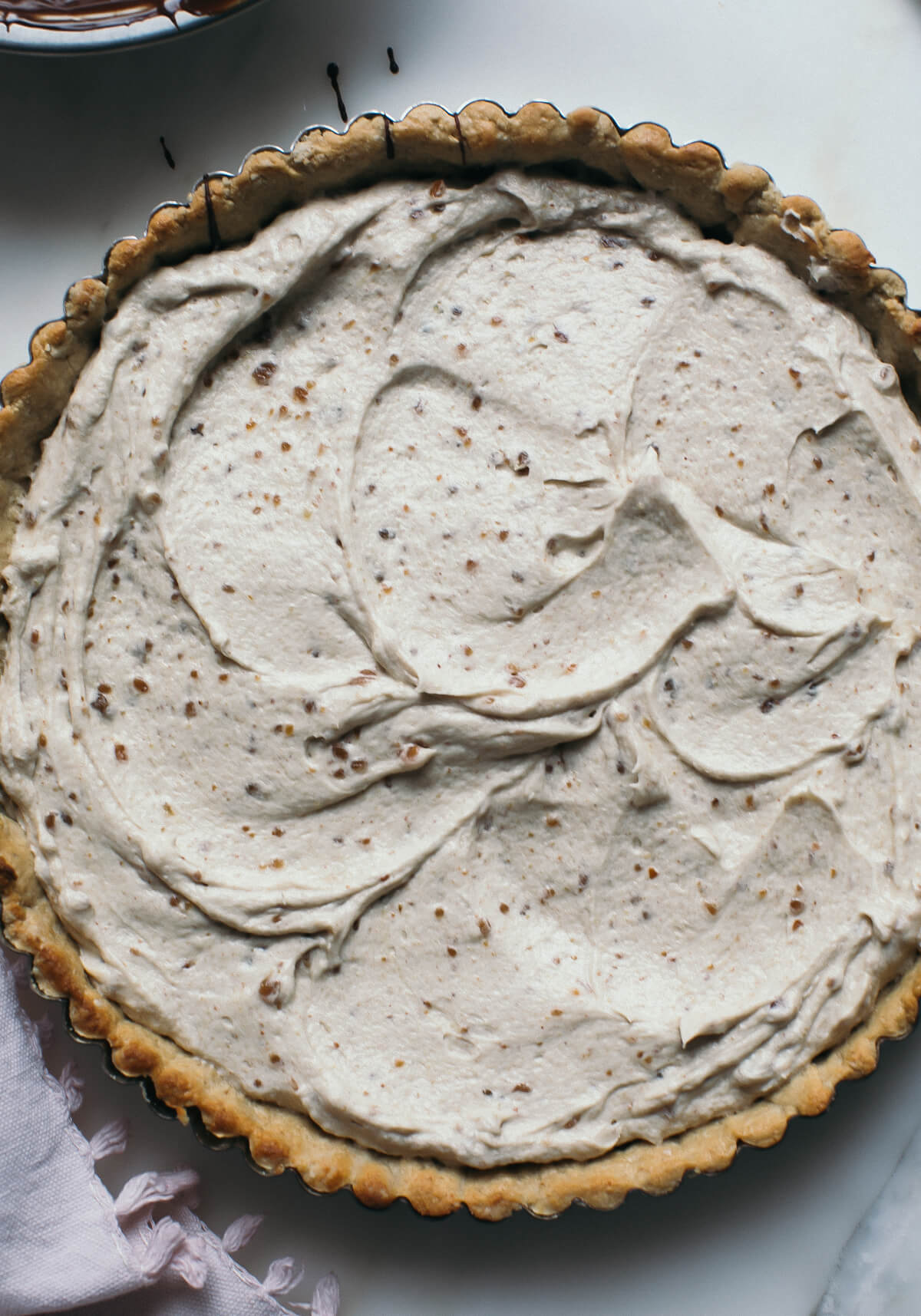 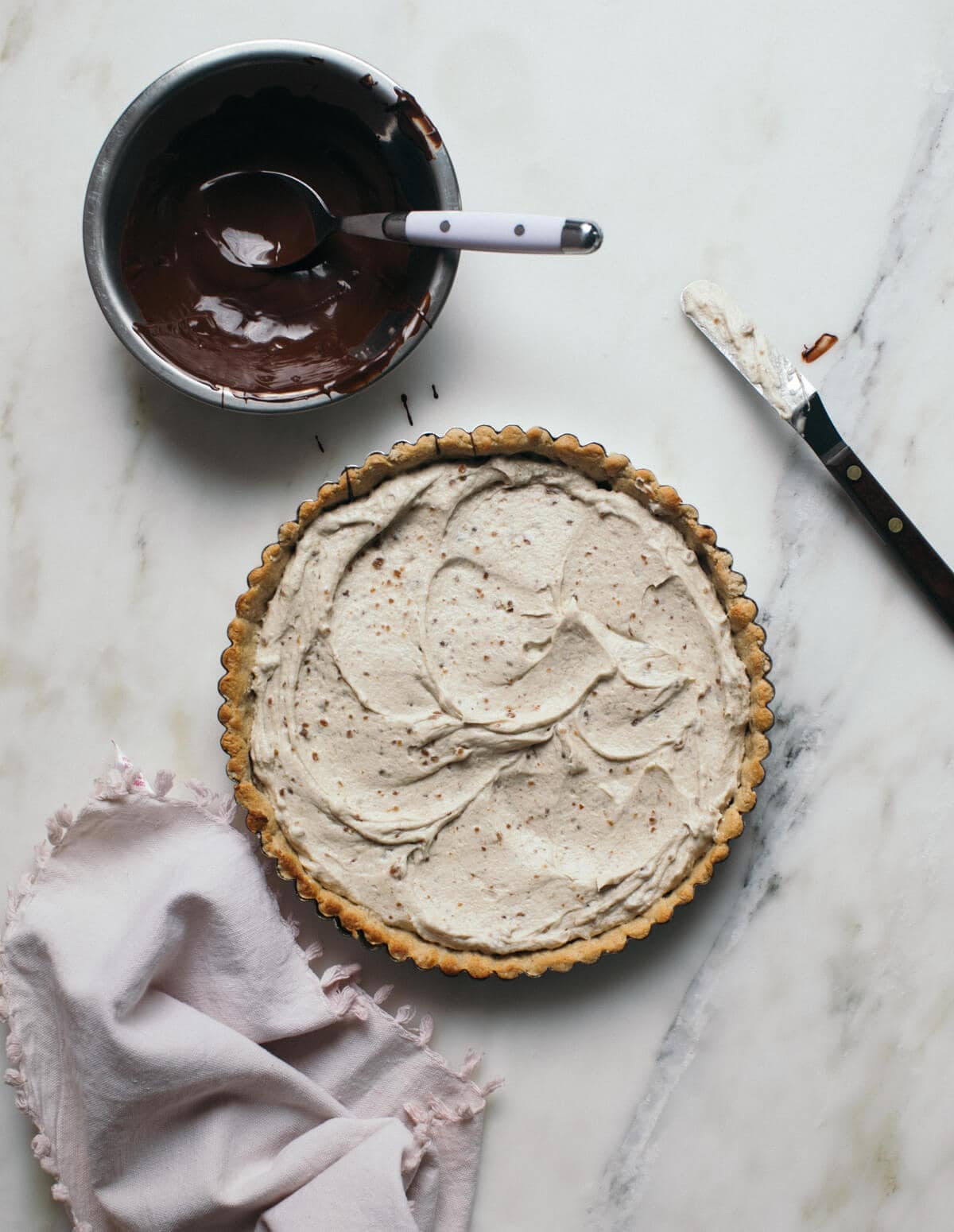 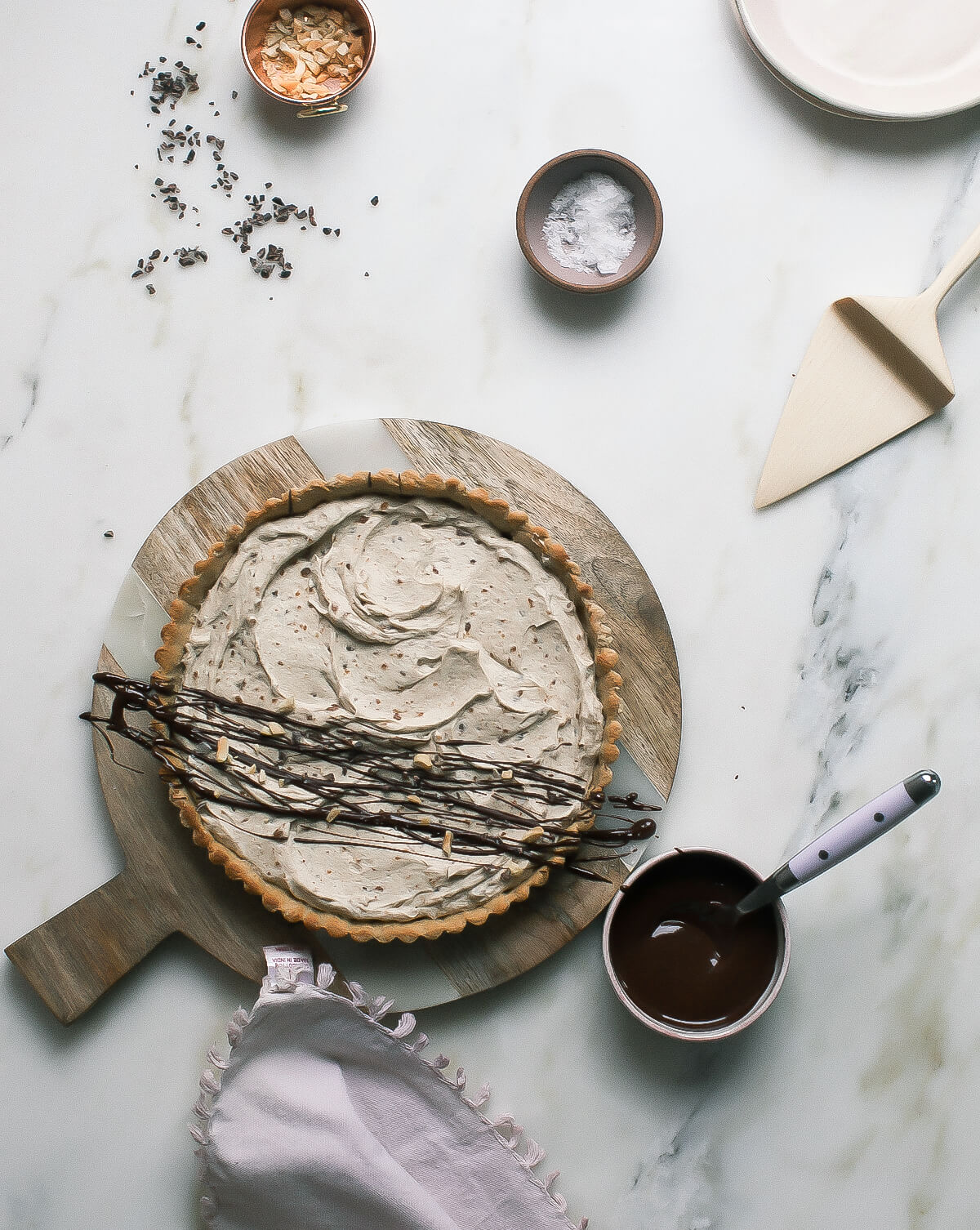 To Make the Crust:

To Make the Coconut Cream:

To make the filling:

Did you make this recipe? Let mw know on Instagram!

Looking for more tart recipes? Here are some of my favorites: