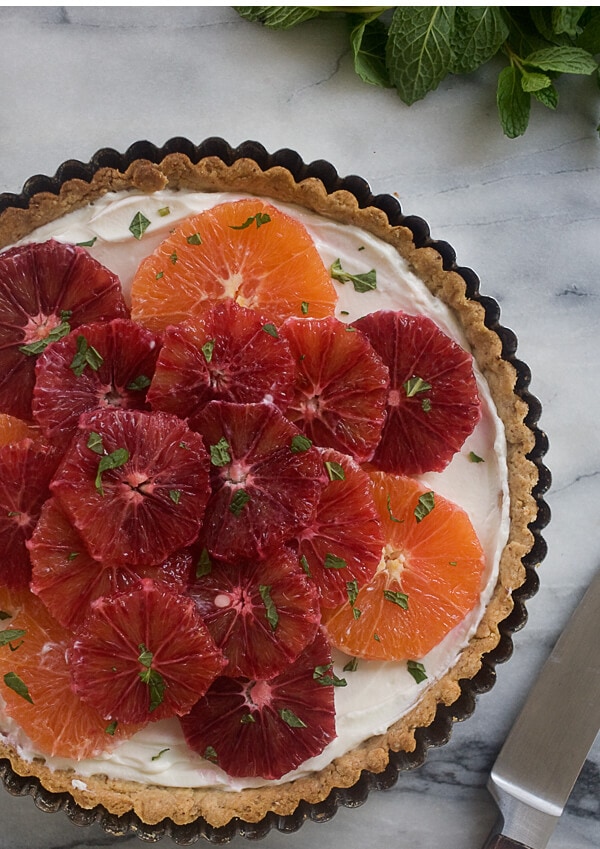 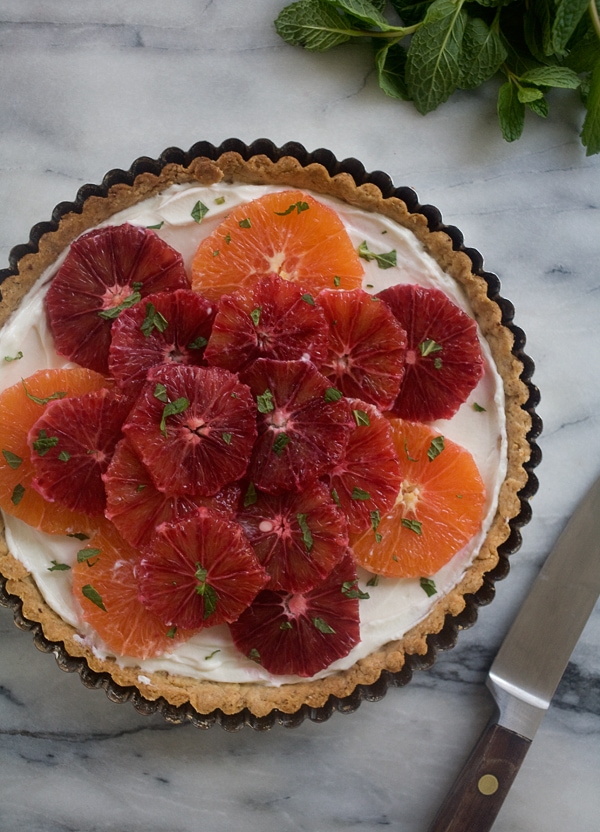 I’m standing here eating a slice of this tart, in front of the mirror, studying this stupid wrinkle that has appeared—literally out of no where!—on my forehead. The wrinkle line is a vertical situation and is just sitting happily right in between my two eyebrows. I think it’s showed up—and is probably here to stay—because when I watch TV or read a book, I scrunch my face up. It’s my “concentration face.” I’ve made it for as long as I can remember. I suppose it’s just the way my face settles. Bad move, my friends. Bad move!

It’s made me think about how I don’t have a skincare routine. I don’t really have a regimen. And maybe I should. Ugh. Why can’t I be nineteen forever. Actually, nineteen was stressful. I just want nineteen-year-old skin forever. That’d be better. Since that’s impossible, I guess I need to figure out a skin treatment situation. Do you do this? Please share. Right now I wash my face with Cetaphil and then rub a bit of Josie Maran’s Argan Oil all over my face and that’s it. And that feels like a lot to me. I know it’s not enough…I just know it. 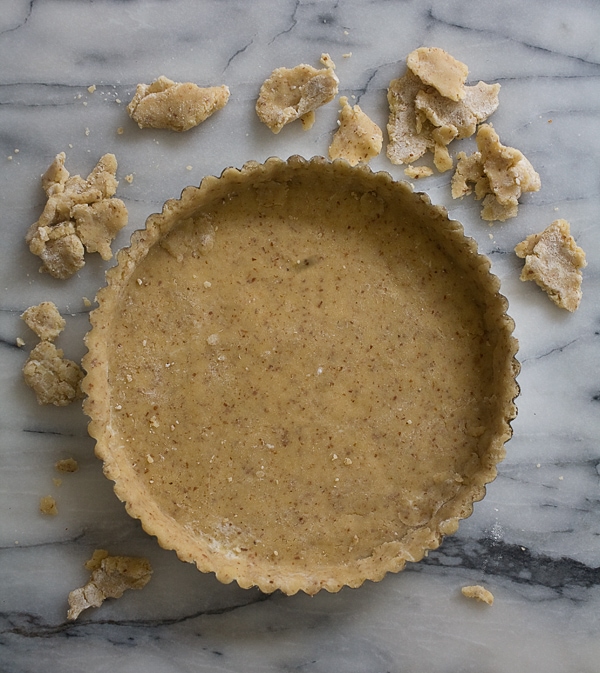 If I were in the skincare making business, all my stuff would be food-inspired. Duh. I’m talking lotions made with essential oils that smell like my favorite desserts. Putting stuff on your face would feel one part snack, one part face mask! It’d smell so good that you’d want to eat it. But you shouldn’t because it’s supposed to battle wrinkles and dirty pores.

My dream would that the smells would encourage people to then go make dessert. 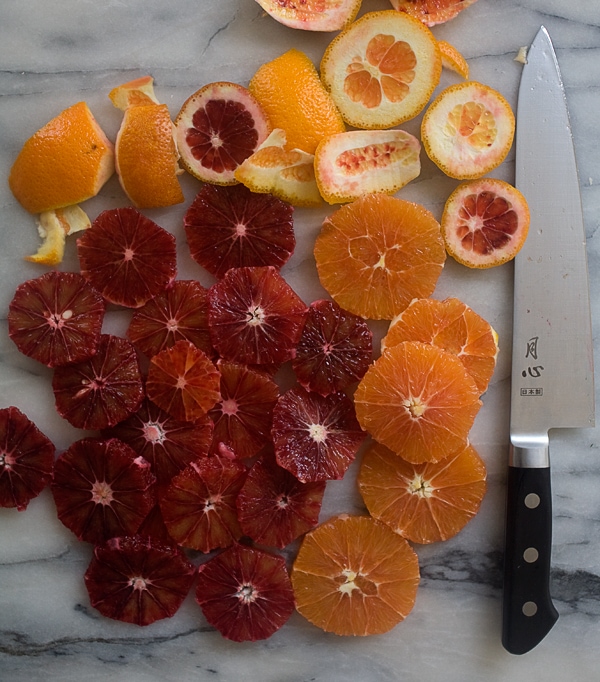 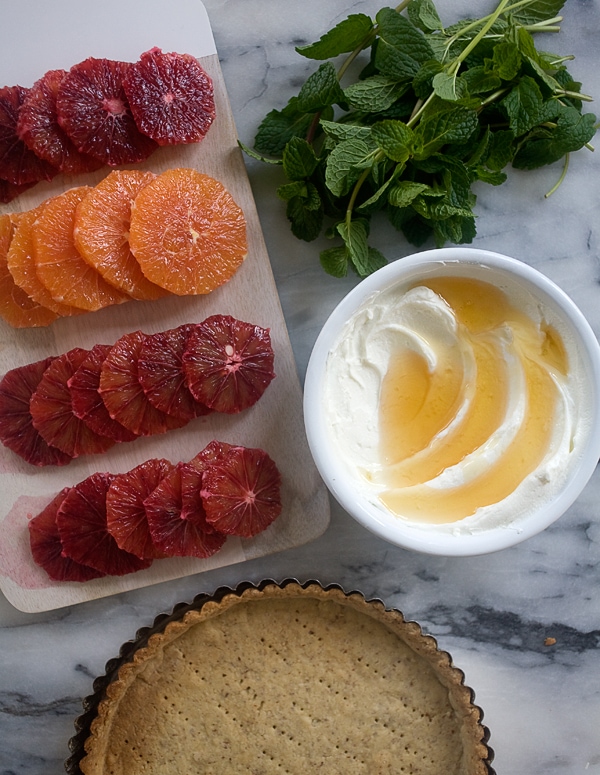 Preferably something light and healthy-ish. I know this tart is dessert and there’s sugar and butter and yogurt but this tastes refreshing, light and bright.

It’s basically the dessert version to this salad. I’m so not sick of winter citrus yet because when I go to the market it’s the only thing that looks remotely good to me. That and meat and wine, which will be included in a recipe soon!

In the meantime, eat some color. 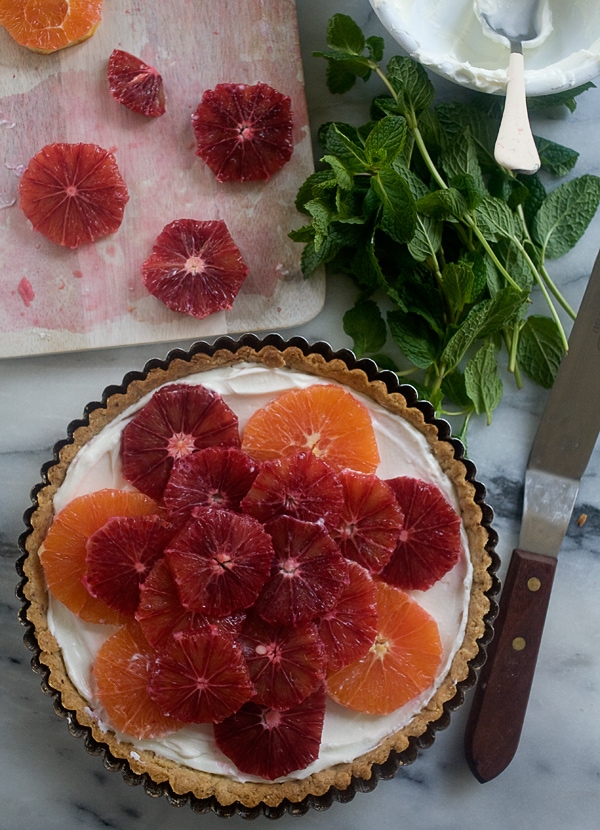 One of my favorite flavor combinations is hazelnuts and grapefruit or citrus. It’s unexpected but works so well. The yogurt is drained overnight so it turns into a yogurt cheese–also known as lebneh. It’s glorious. I love to swirl in a few tablespoons of honey until it’s perfectly sweet.

Making a tart crust is always a bit labor-intensive, so I encourage breaking the work up a bit: making the tart crust dough the night before, sticking it in the fridge to rest and then draining the yogurt. This way the next day all you’ll have to do is bake up the crust and then assemble. Super easy! 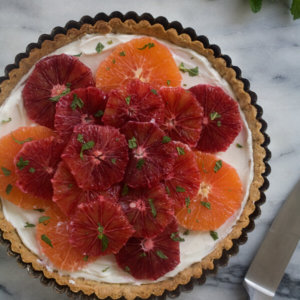 Directions to assemble the tart:

Did you make this Recipe? Tag me Today!Tag @acozykitchen on Instagram and hashtag it #acozykitchen
Blood OrangeDessertHealthyLebnehTartValencia OrangeWinter Citrus
January 24, 2014 by Adrianna Adarme 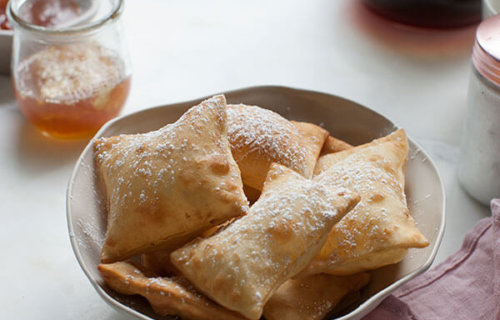 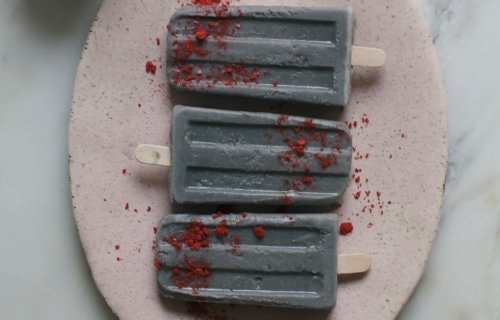