5 from 1 vote
Published Oct 03, 2014Last Updated Dec 22, 2018
Jump to Recipe
Pin RecipeLeave a Comment
The way I like to cook is the opposite of how I’d have to be on a competition cooking show. I like to put on some music, zone out, and if it’s at night, I like…
Prep Time: 15 minutes
Cook Time: 45 minutes 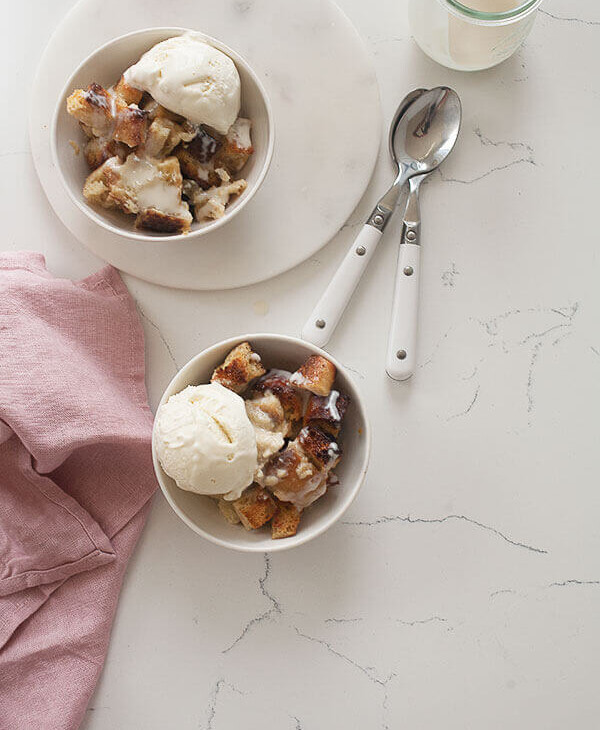 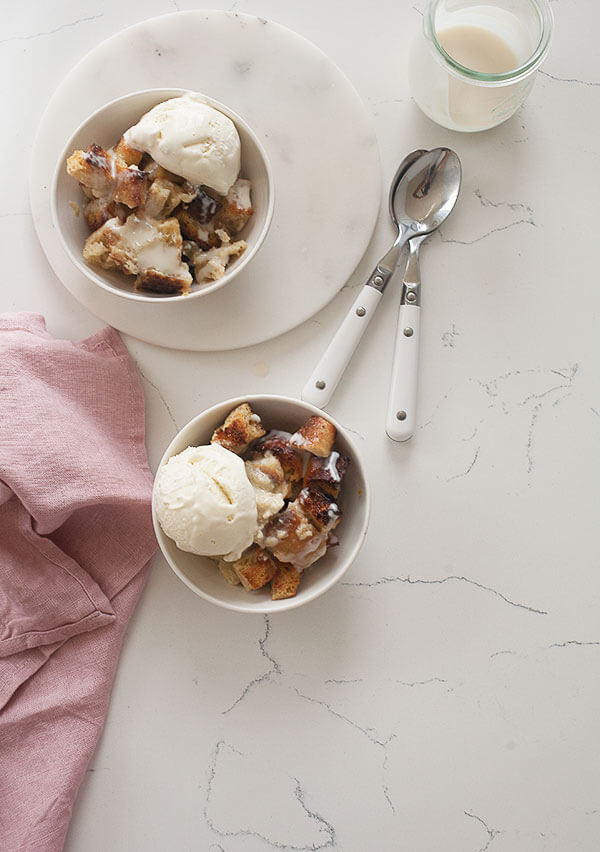 The way I like to cook is the opposite of how I’d have to be on a competition cooking show.

I like to put on some music, zone out, and if it’s at night, I like to pour myself a glass of wine. And I move slowly, neatly and calmly. Basically my kitchen is the chill-zone. 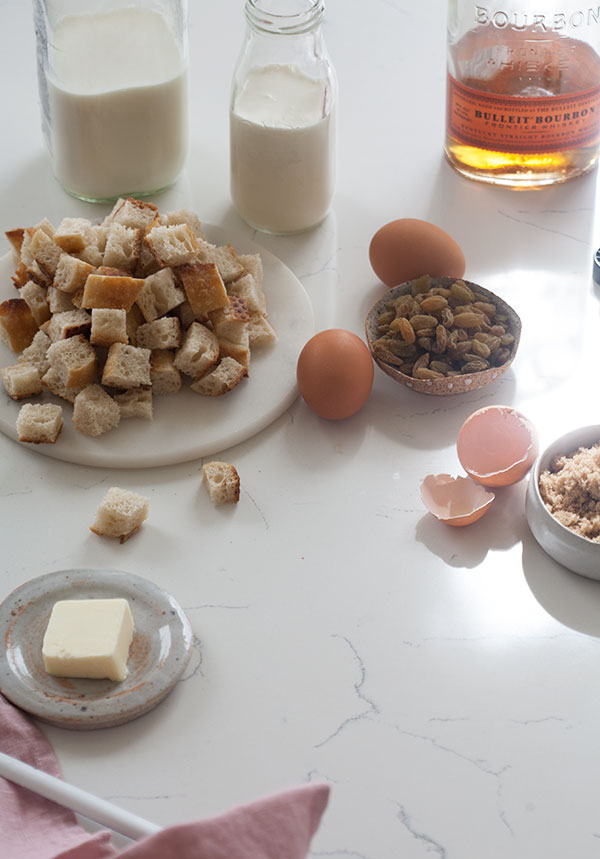 On a competition cooking show, I’d be a nervous wreck. I imagine if you put that type of spotlight on me, I’d forget how to boil water, burn everything, cut my fingers off and fumble my words. I’m not sure I’d do a good job. That’s why I always watch competition cooking shows at night when I’m editing photos and thank the stars it’s not me in the hot seat.

This post is in collaboration with Emeril Lagasse’s (along with Ty Pennington) new show, on TNT, On the Menu! It airs tonight on TNT at 8/7c. The premise of the show: contestants will compete to create the next dish to appear on the menu of well-known restaurants. Emeril will be their seasoned, industry insider, while Ty will be their confidant. 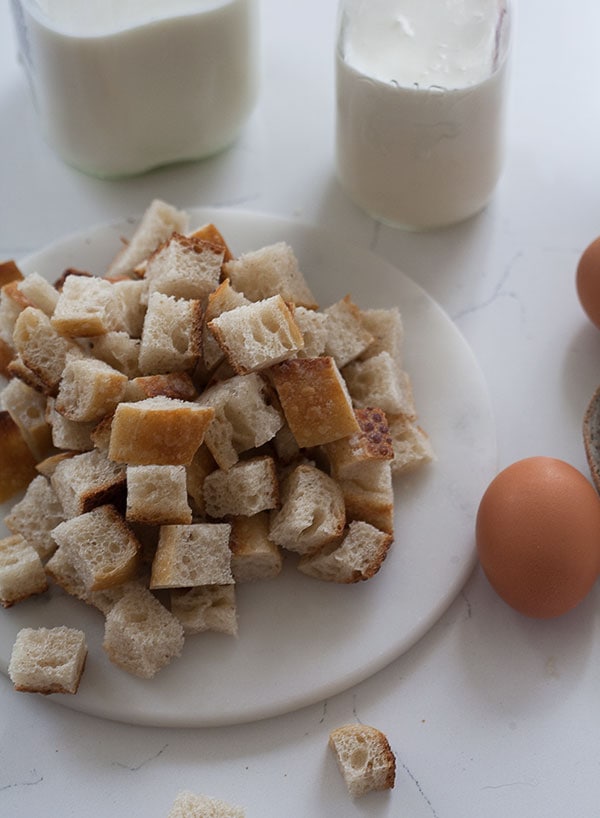 This New Orleans bread pudding comes as one of Emeril’s creations. It’s rich and dreamy and warm, made better by whiskey cream sauce and a scoop of ice cream.

Like all good bread pudding, it’s so simple to put together. I used a sour dough baguette for some tartness and LOVED it, but feel free to use any sort of dry bread you like. 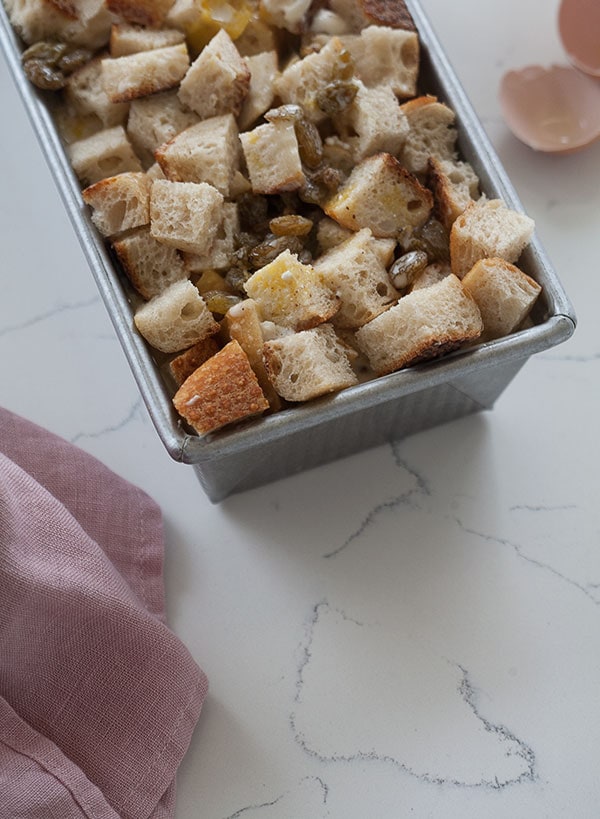 The whiskey cream sauce is a huge winner. It’s sweet and salty and creamy. It almost tastes like a good ice cream base, like, if you put it in an ice cream maker to churn, you’d have delicious whiskey ice cream.

If I had to compete on a competition show, I’d probably make this because it’s so easy I could just throw it together and chill in the corner.

(This is a conversation written by me on behalf of TNT. Thanks for supporting the sponsors that keep A Cozy Kitchen cozy!)