5 from 2 votes
Published Jun 01, 2017Last Updated Dec 22, 2018
Jump to Recipe
Pin RecipeLeave a Comment
A few days ago I was looking at my bank account activity, as you often do as an adult, and I saw a mysterious check written for the amount of $280. And then I opened the…
Prep Time: 2 hours
Cook Time: 10 minutes 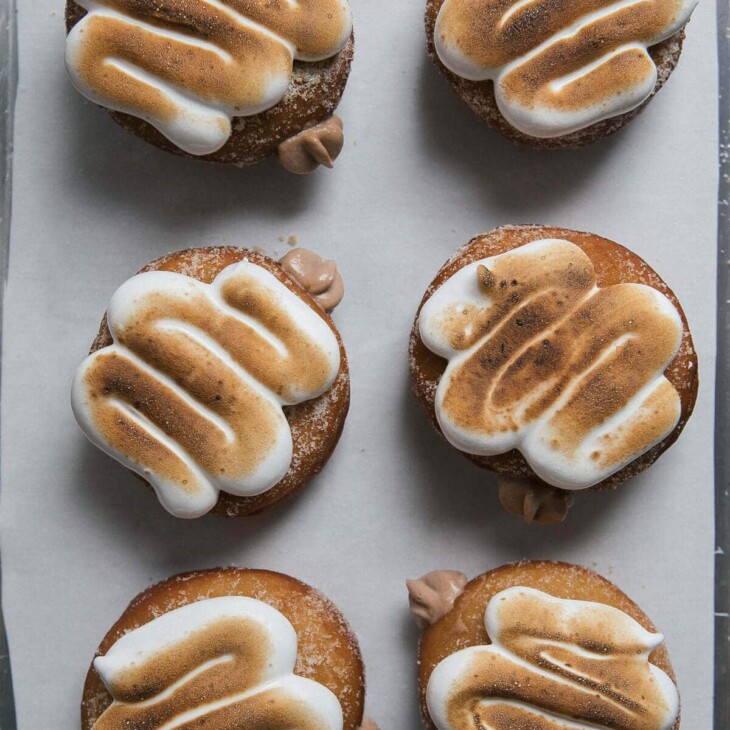 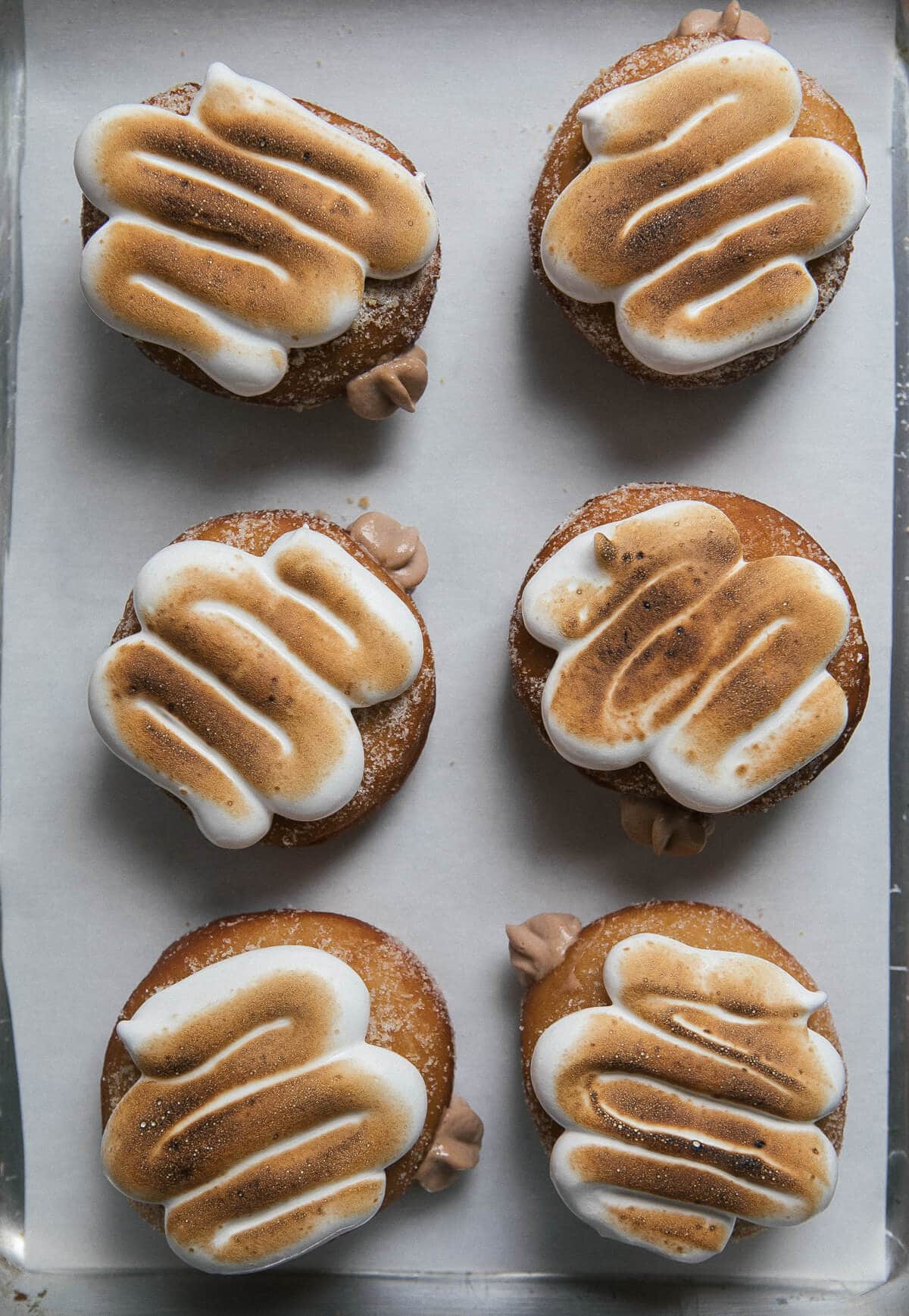 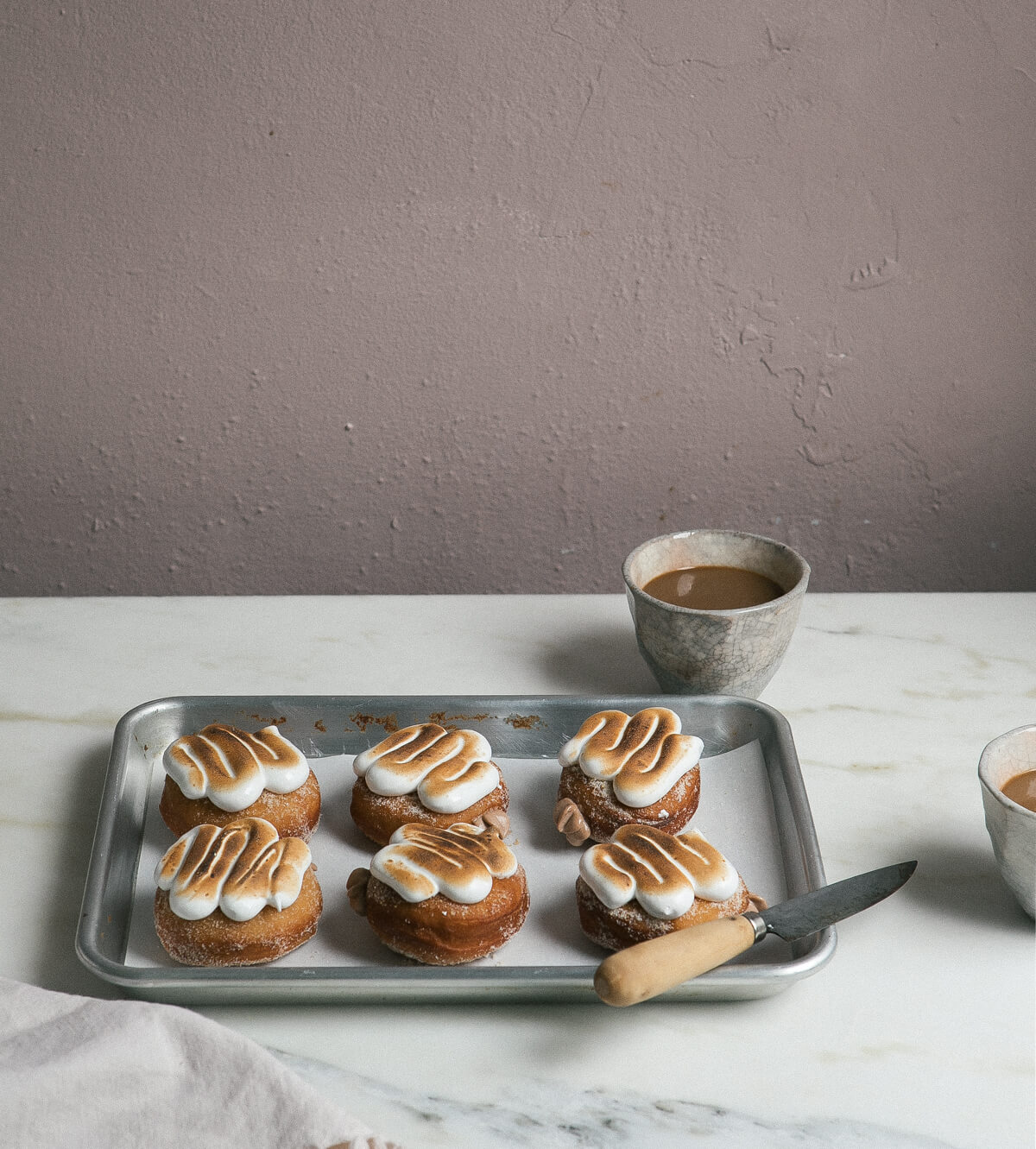 A few days ago I was looking at my bank account activity, as you often do as an adult, and I saw a mysterious check written for the amount of $280. And then I opened the photo of the check and, umm….the handwriting wasn’t mine! WHAA! Yeah, it freaked me out. I called my bank and luckily they’re giving me my money back but it still has left me a bit on edge. Because, um, how did someone get a hold of one of my checks? I will admit that I’m sort of disorganized and messy person so I could’ve dropped it or left one in my car.

Anyway…after feeling a bit violated and annoyed, I did what you often do at times like that: I made some damn doughnuts. 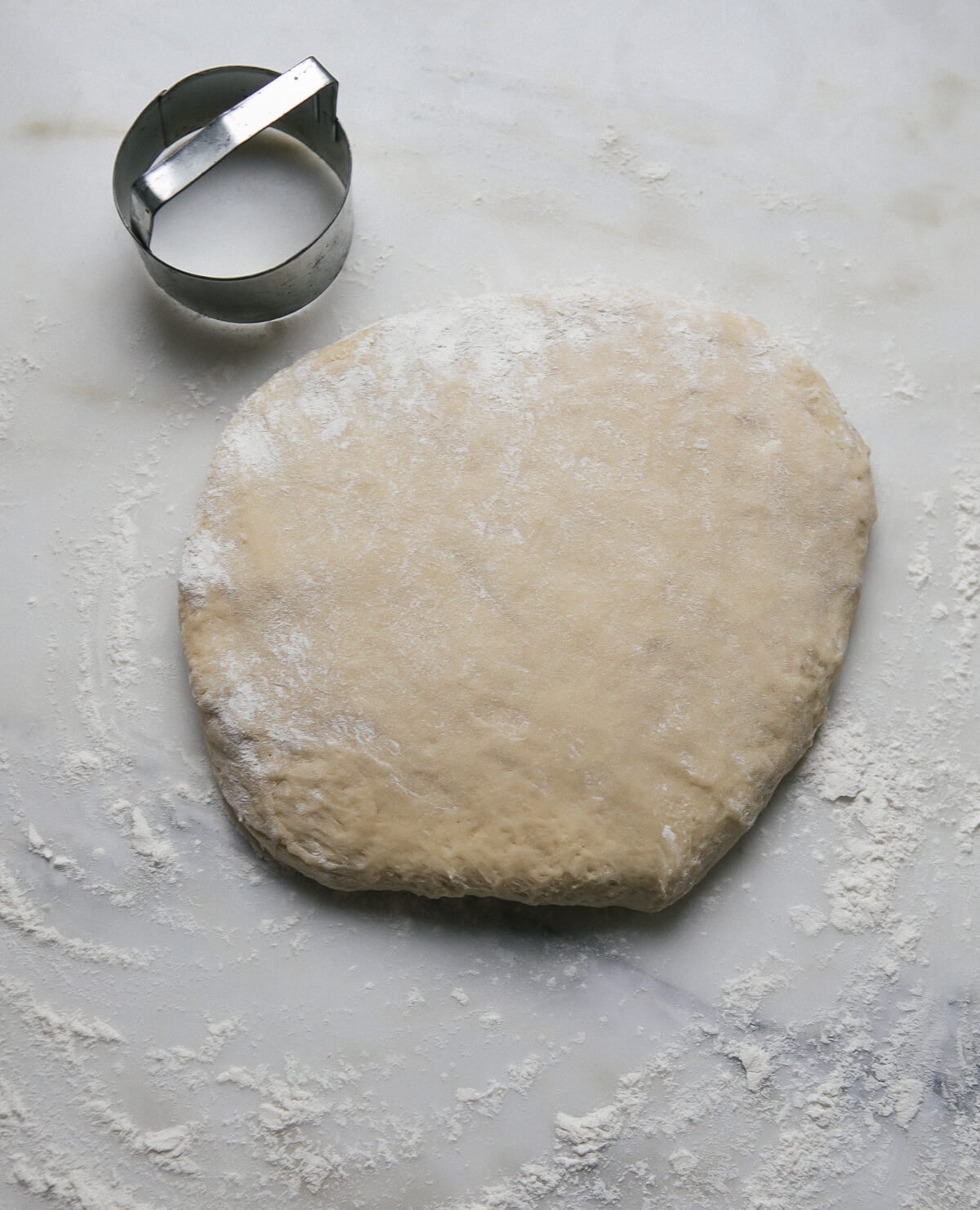 It was the best cure. Tomorrow is National Doughnut Day and while I agree that the national food days get a lil’ annoying, this one is important.

National Doughnut Day was started in 1938 to honor “doughnut girls” who provided spiritual and emotional support for U.S. soldiers fighting in France during World War I. They found that giving soldiers, in dire conditions, doughnuts and coffee lifted their spirits! 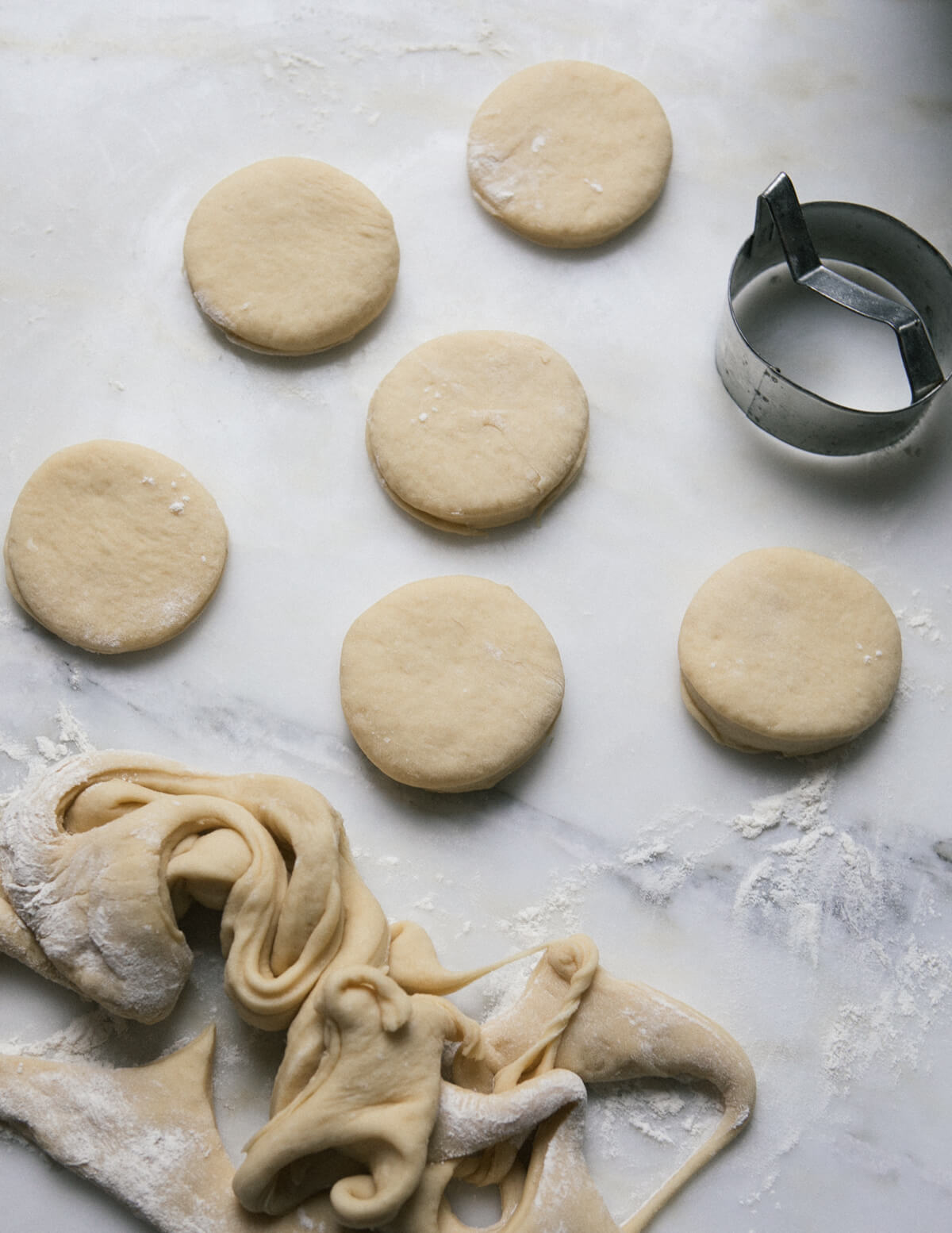 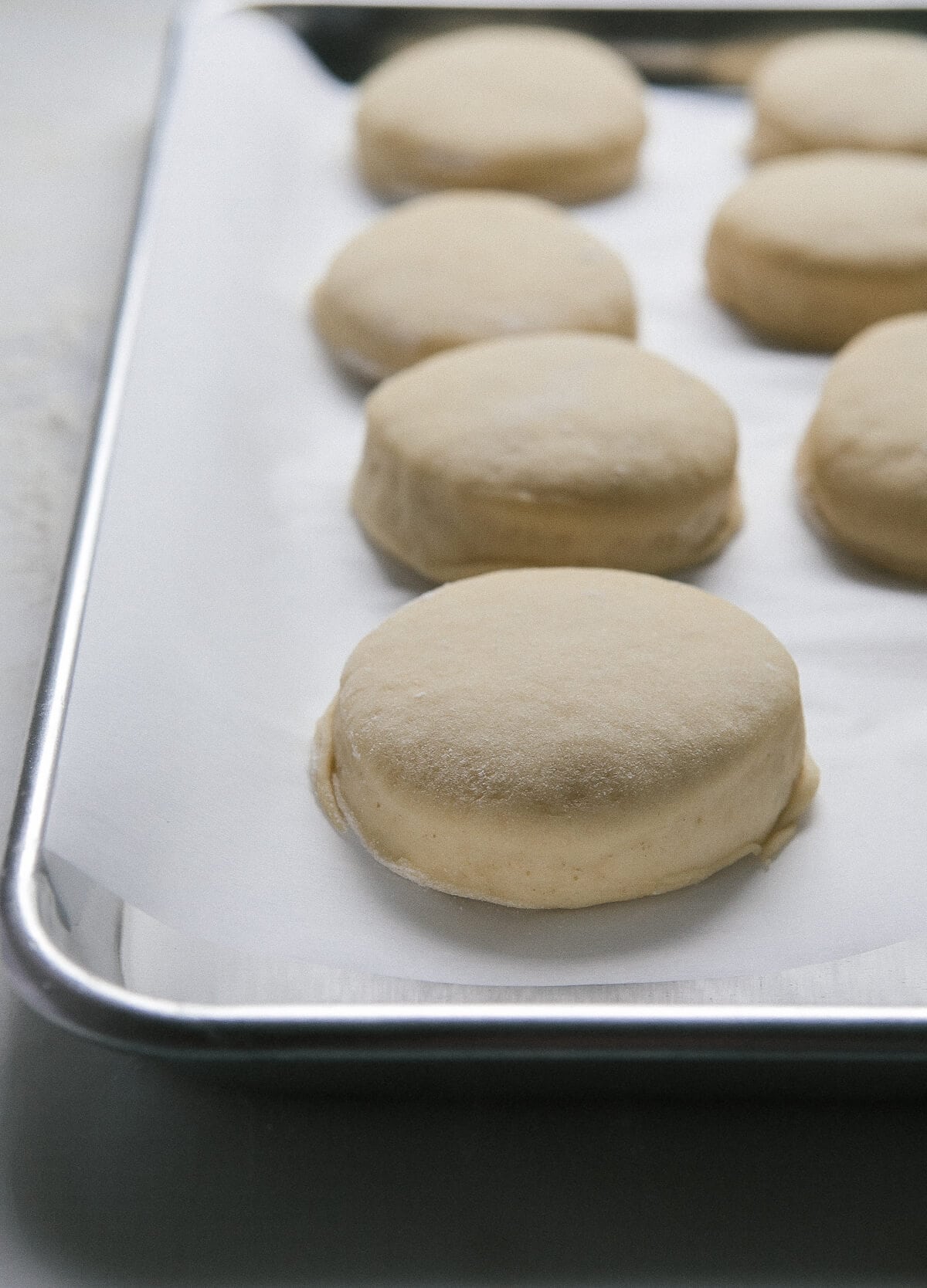 I had my heart set on making some sort of s’mores doughnuts.

To make these doughnuts s’more-like, here is what we have going on: 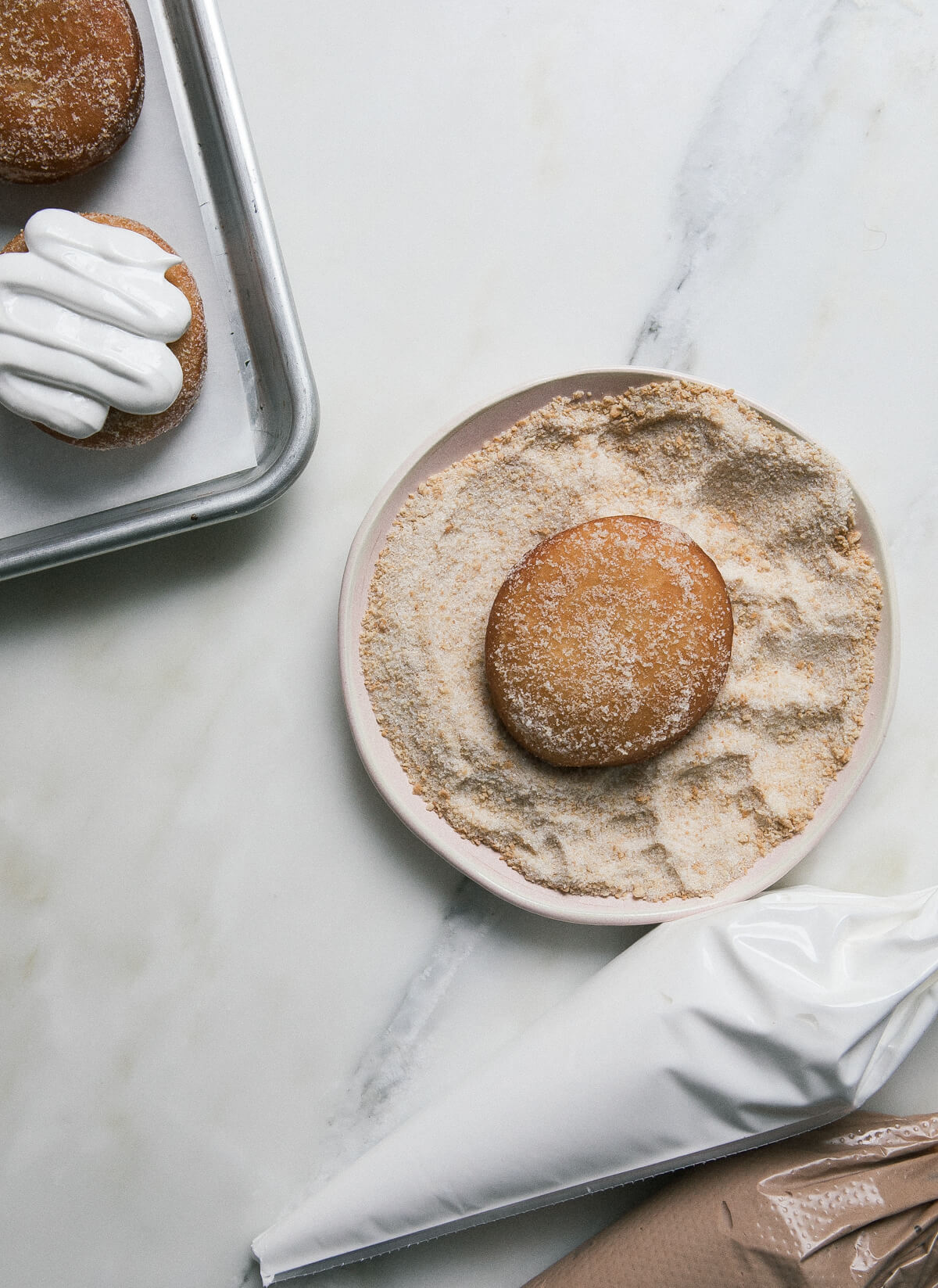 It starts with making the dough. And again, I’m super into overnight doughs. This one is super simple to make the night before.

I actually encourage the dough to be made the night before and the chocolate cream to be made too.

This way in the morning, all you have to do is roll out the doughnuts, let them proof and make the 7-minute frosting and graham cracker sugar. 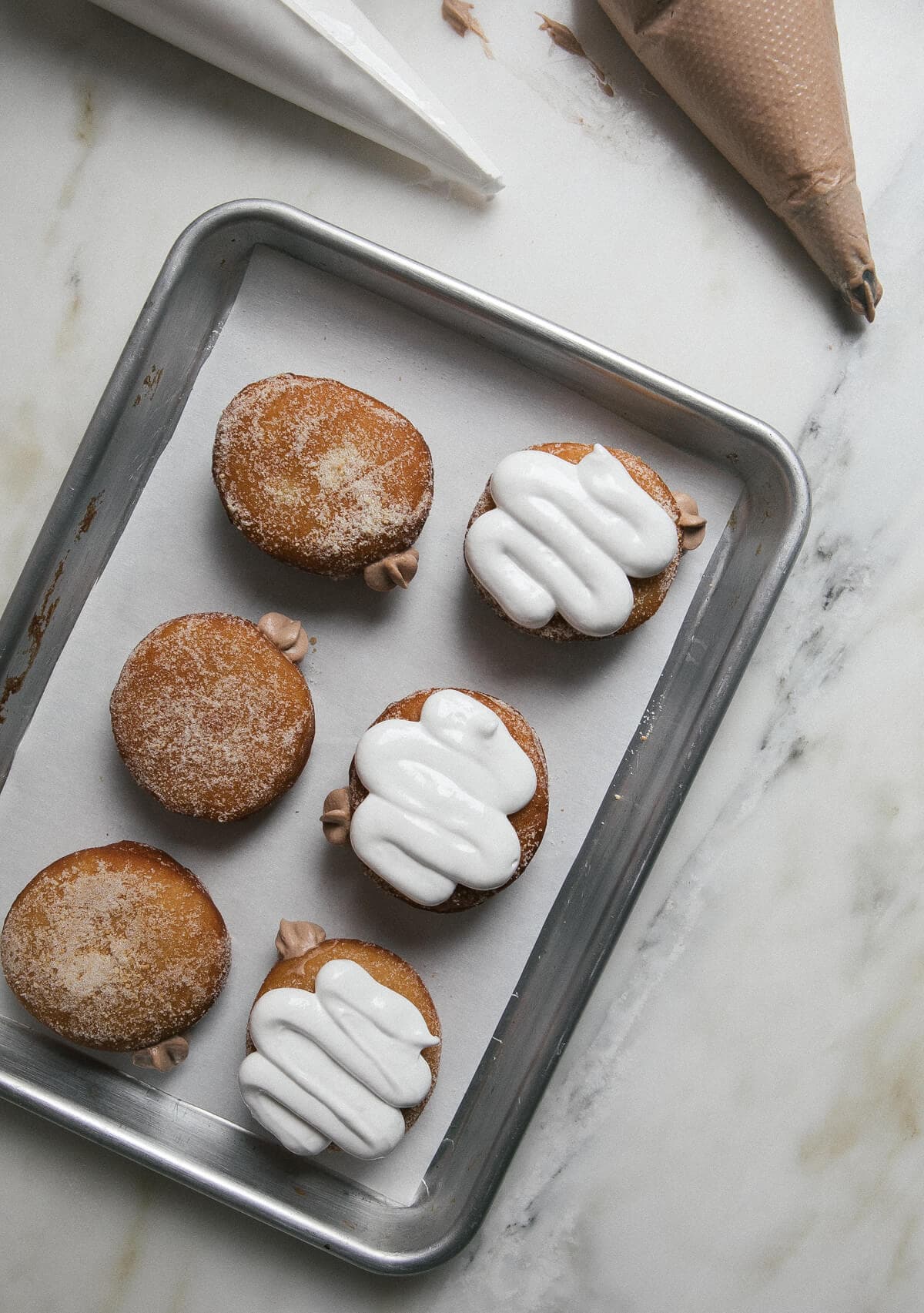 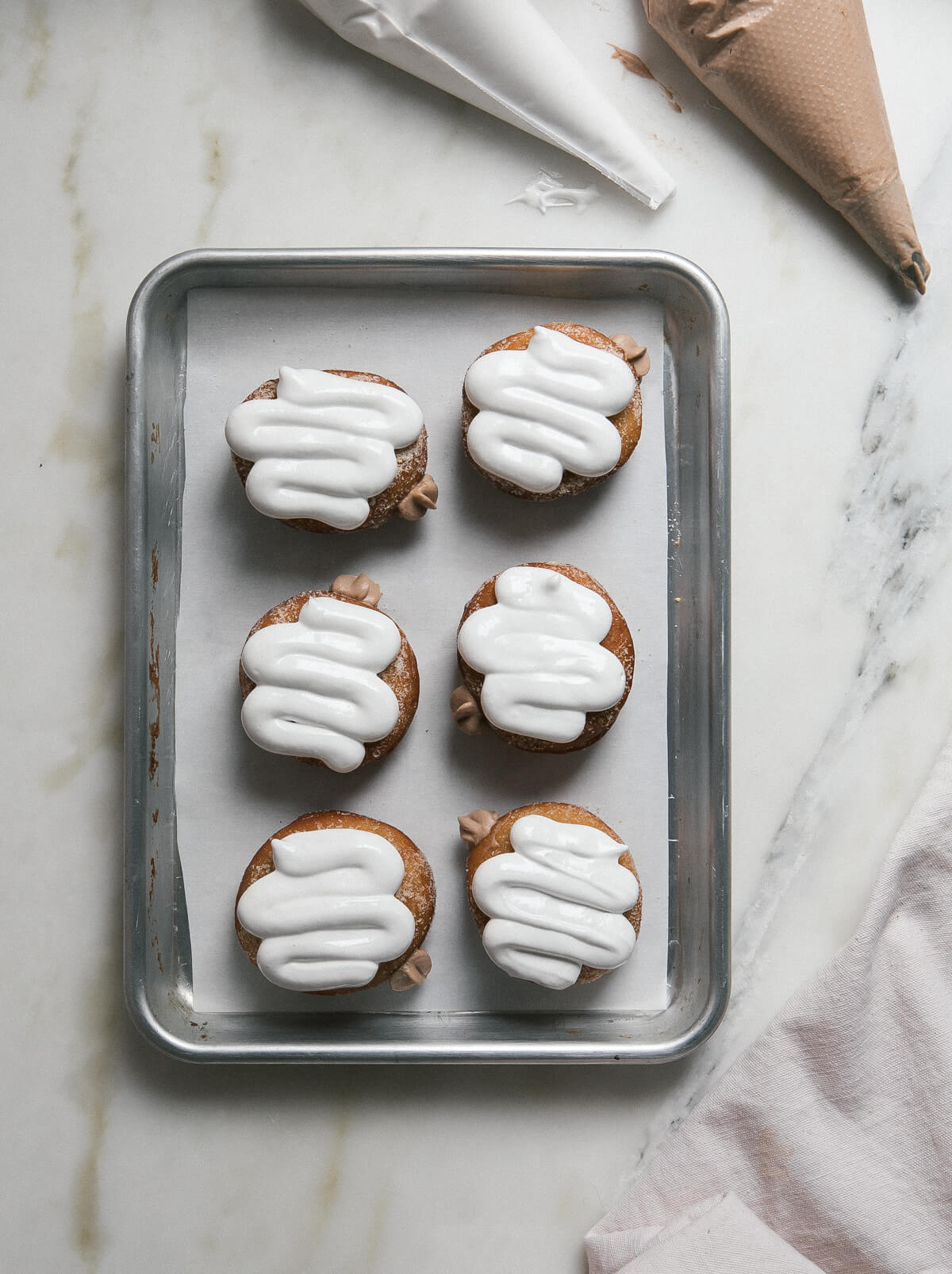 And the of course, fry the doughnuts and assemble them.

Breaking up the work makes this recipe, with its three components, feel less like climbing Mount Everest.

My favorite part was obviously torching the tops. It is so satisfying. A big bonus about using a torch (for me) is that Amelia is scared of it so she didn’t try and steal these finished doughnuts lol.

To make the 7-Minute Frosting:

To make the doughnuts:

To make the pastry cream:

To make the graham cracker sugar:

To make the 7-Minute Frosting:

To fry up the doughnuts:

To fill the doughnuts: