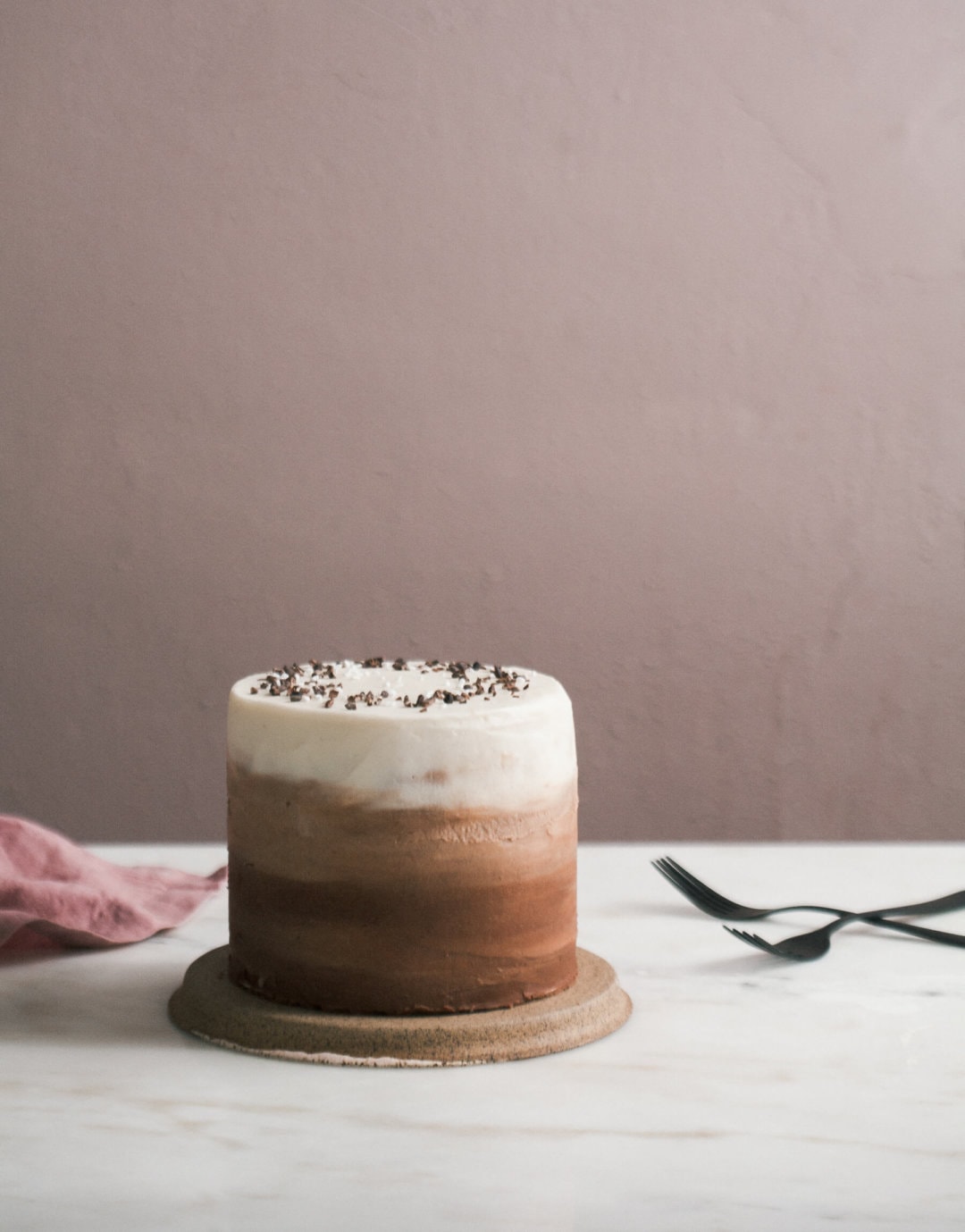 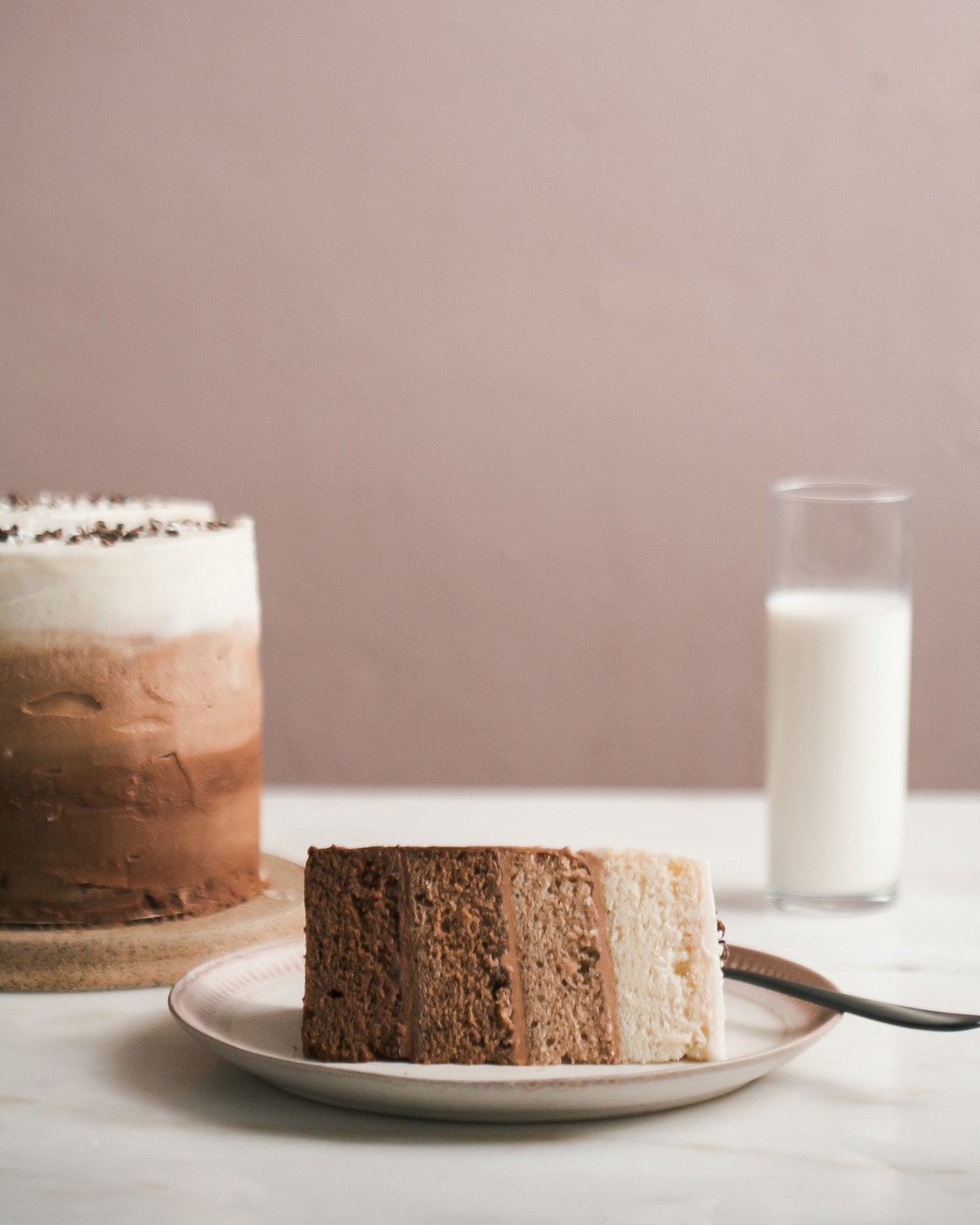 Tomorrow we’re headed to a Netflix-themed Halloween party with my friend, Cassie, who works at the company. This entire week has been spent working and recipe testing and shooting. And in addition to that, I’ve been worrying if my costume is going to hit the mark. Halloween is probably my least favorite holiday and I usually stay home like an old person and eat candy. 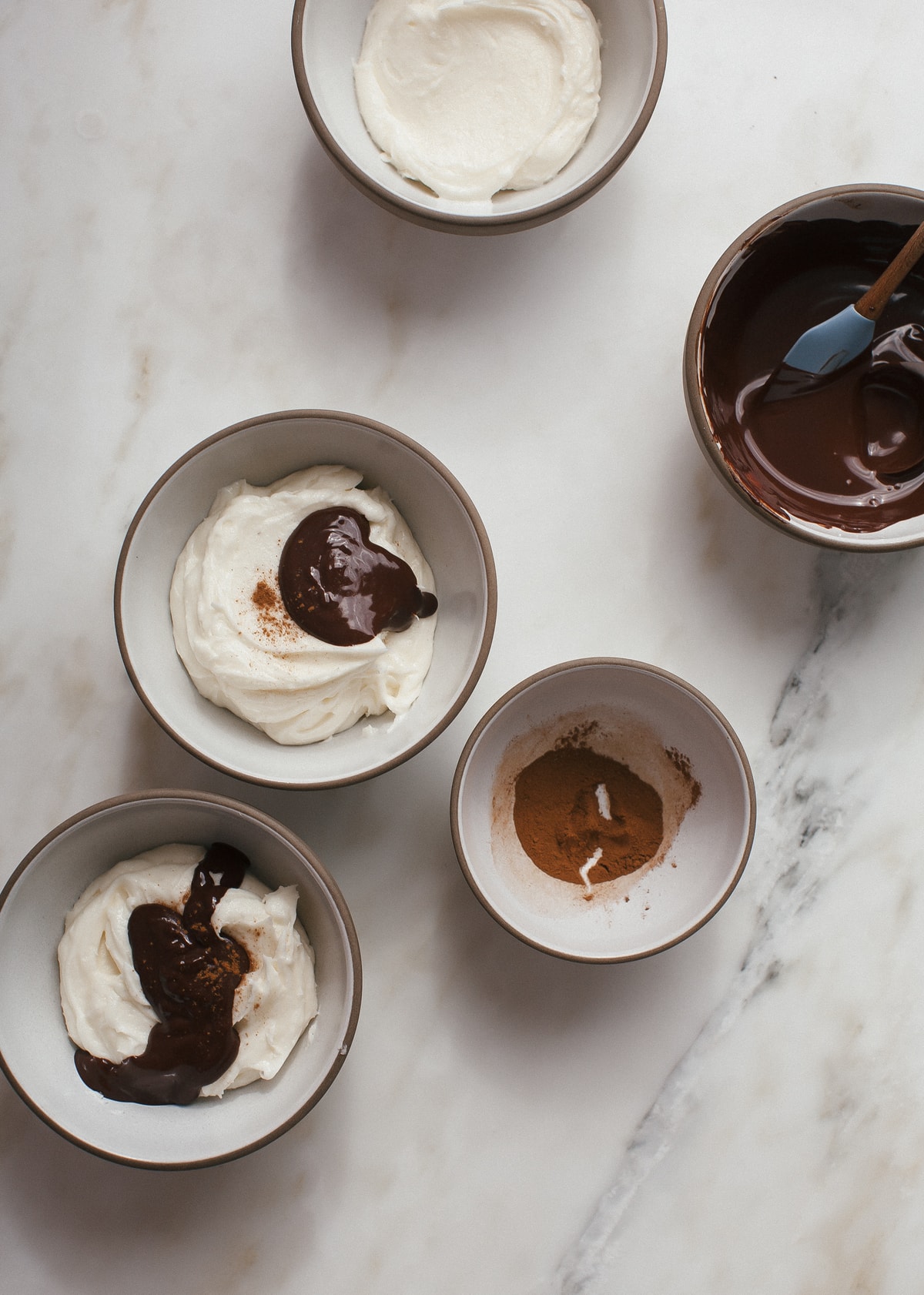 I really wanted to bring Amelia and dress her up like Eleven but we all know that she would never, ever tolerate a blond wig on her head. And seeing her in a bloody dress might genuinely creep me out! Check my Insta-stories for all of my costume details this weekend—it should be fun(ish).

In other more chocolate-y news, I have this fine dessert for you today. I teamed up with the most delicious, decadent, luscious chocolate maker: ScharffenBerger to create my chocolate ombre dreams in form of a cake. 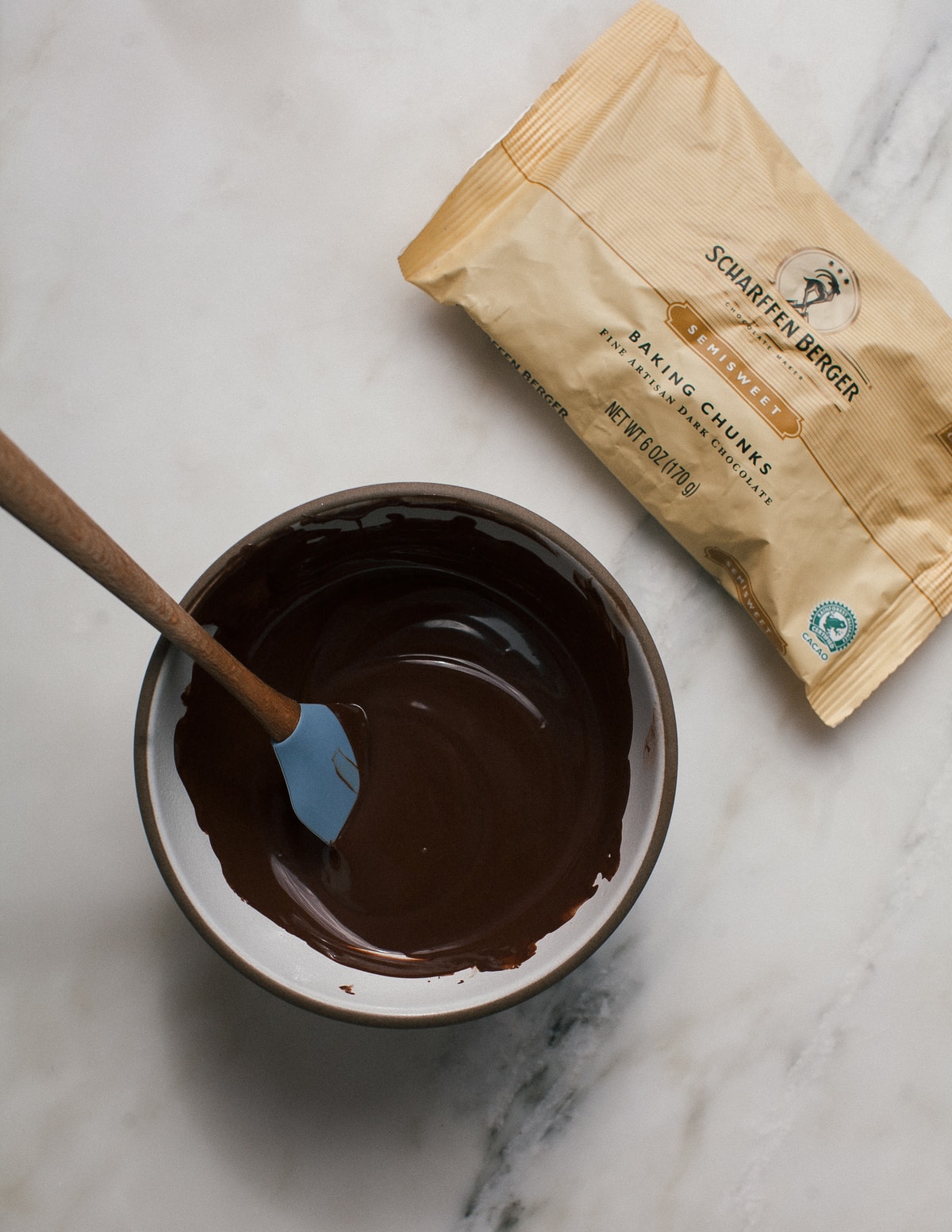 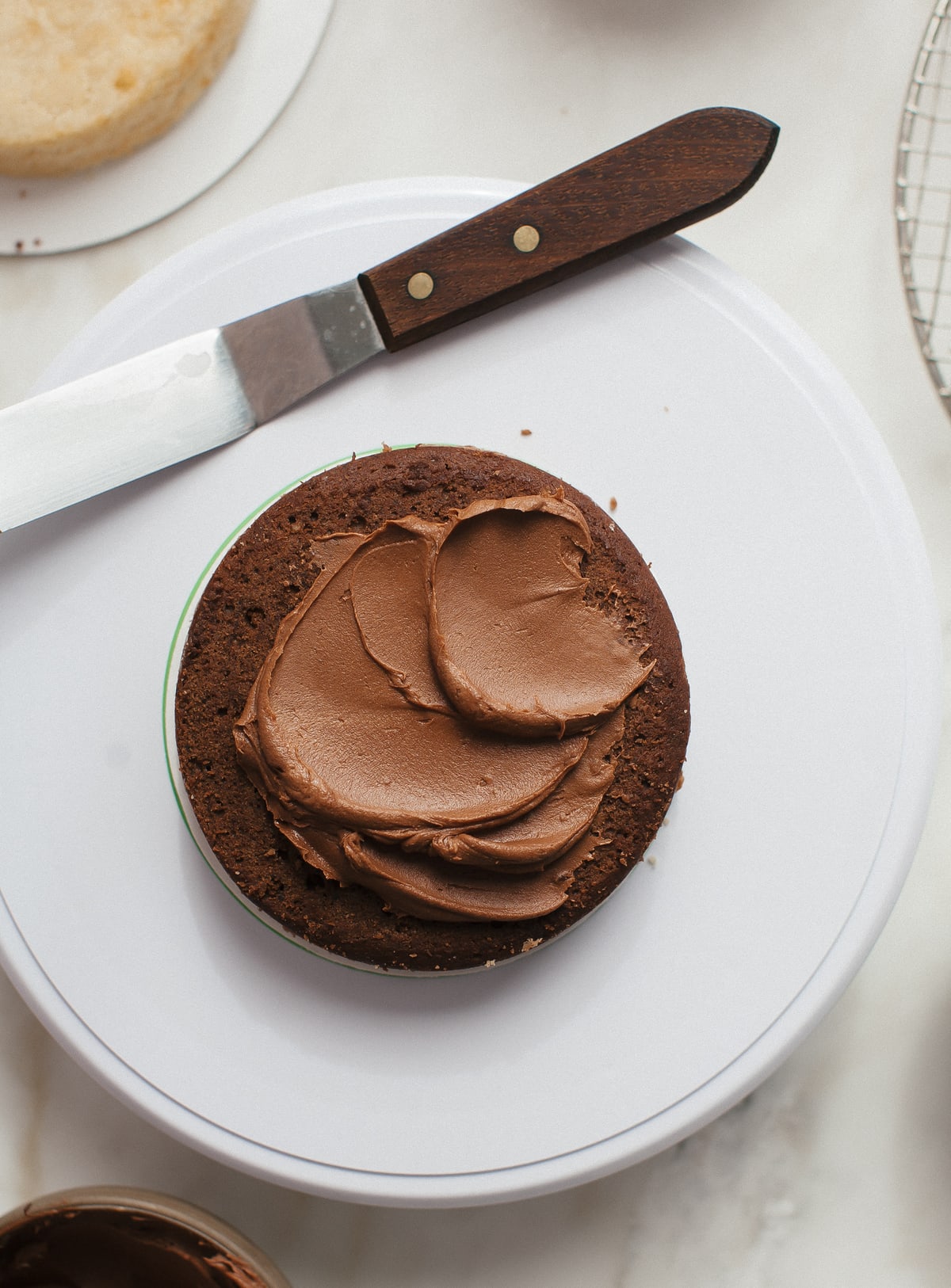 I’m not going to lie, creating and developing this recipe hurt my brain. There was a lot of math! What I didn’t want was anyone (including myself) to have to make four separate batches of cake batter and frosting. I wanted to create one of each and then mix in the different amount of chocolate to make them different. After a few tries—success!

The frosting is maybe my favorite thing in the entire world because it is cinnamon-y and a little spicy and tastes SO much like Mexican chocolate. 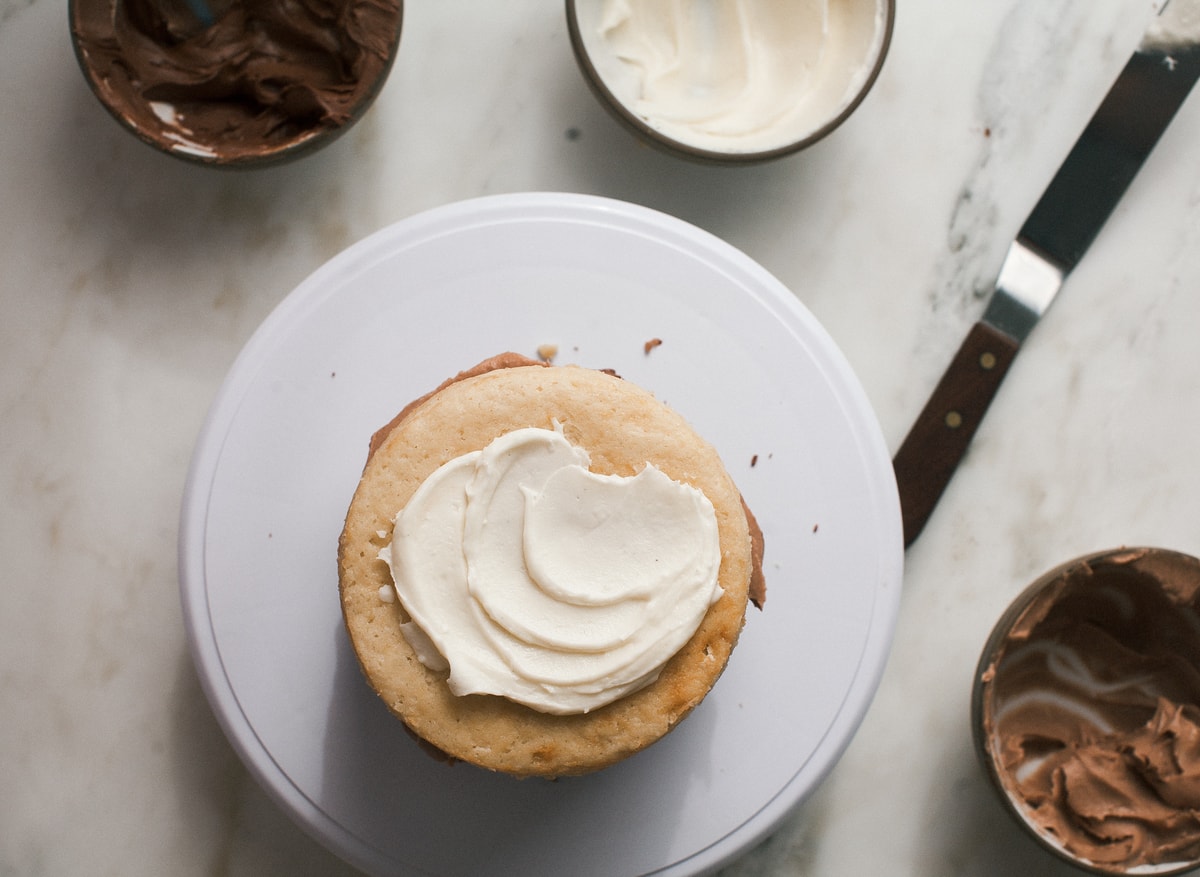 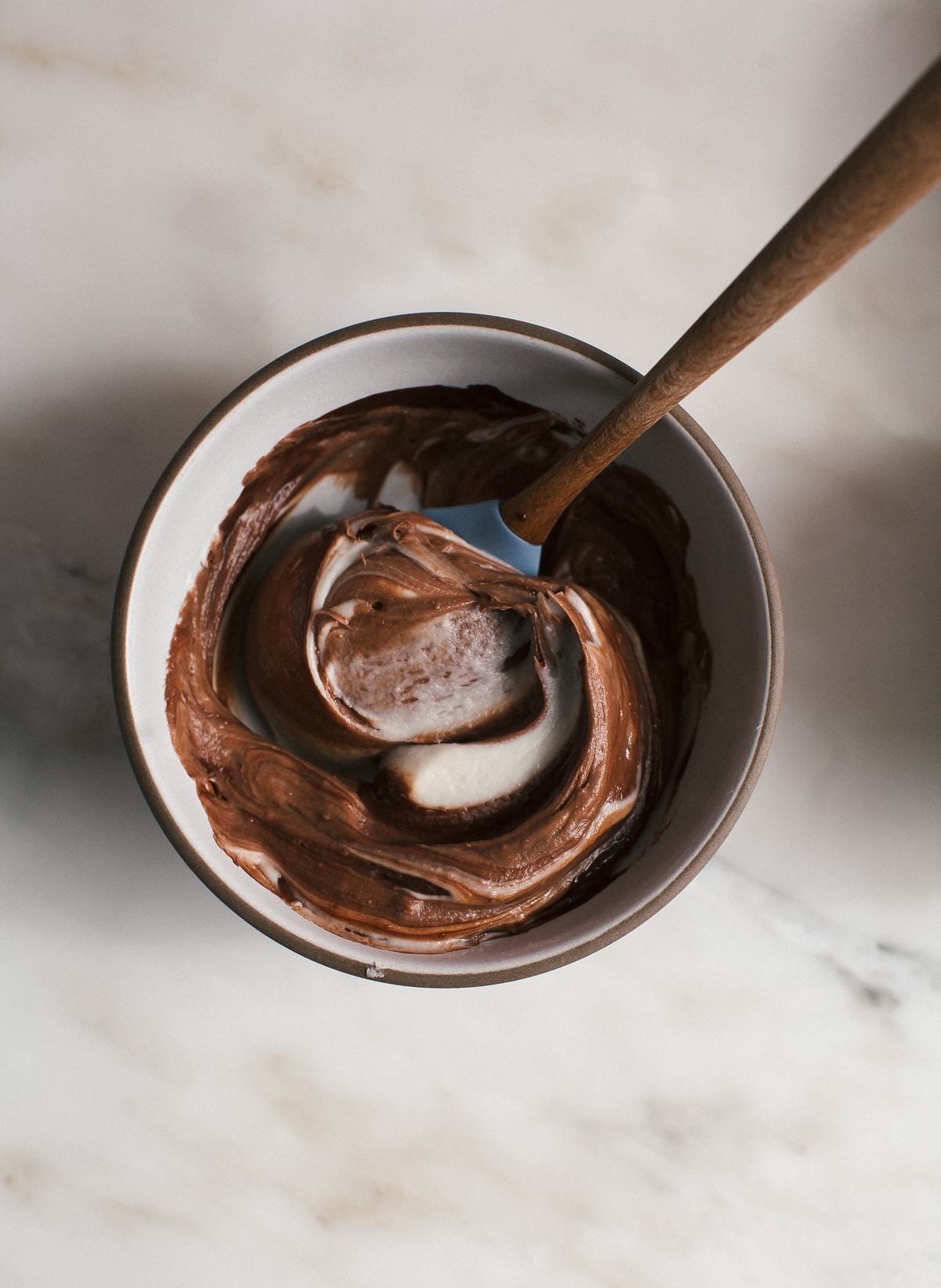 And surprisingly, the ombre frosting isn’t too difficult. You sort of just slap on the different colors and use a bench scraper to combine them! 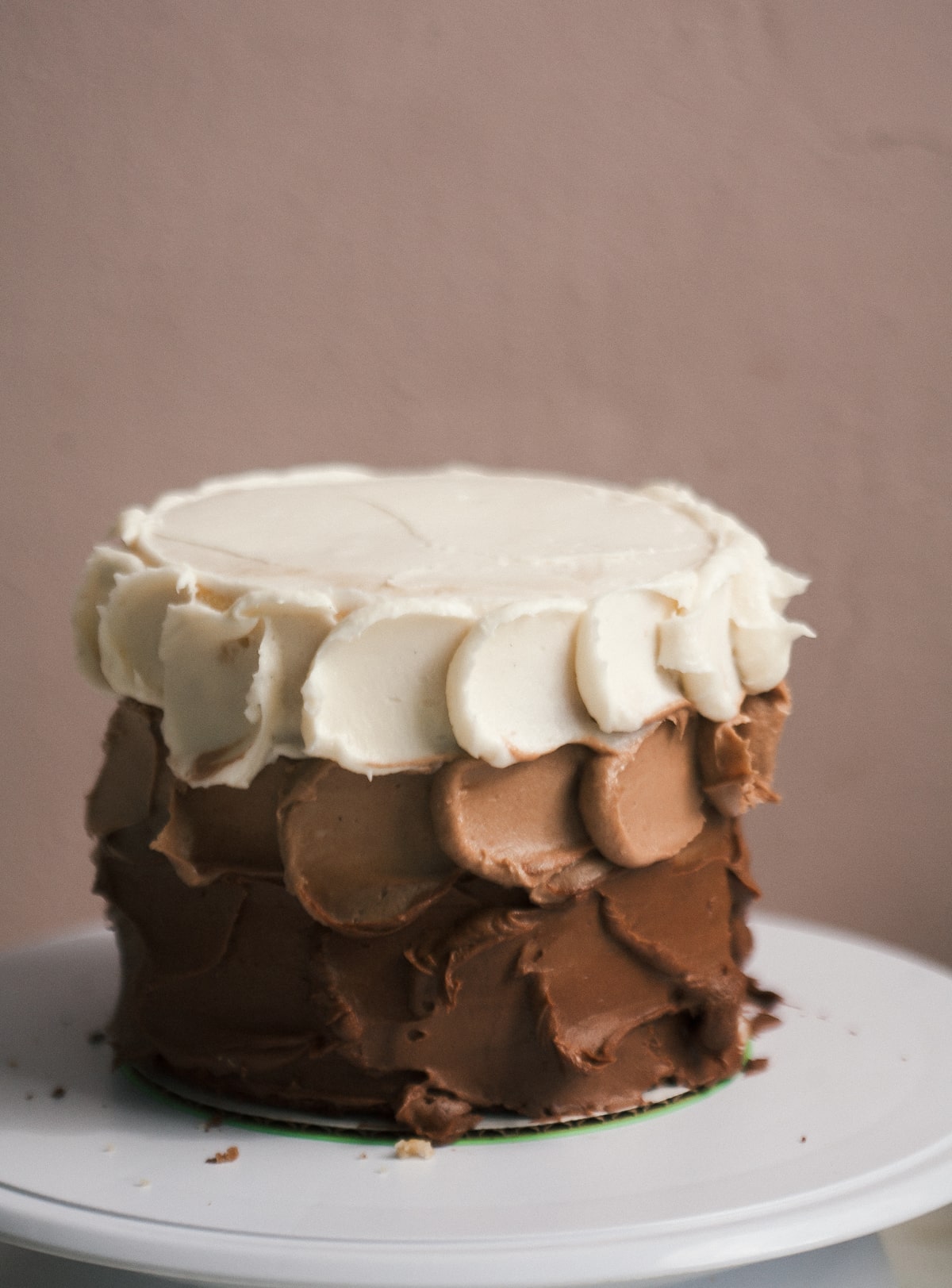 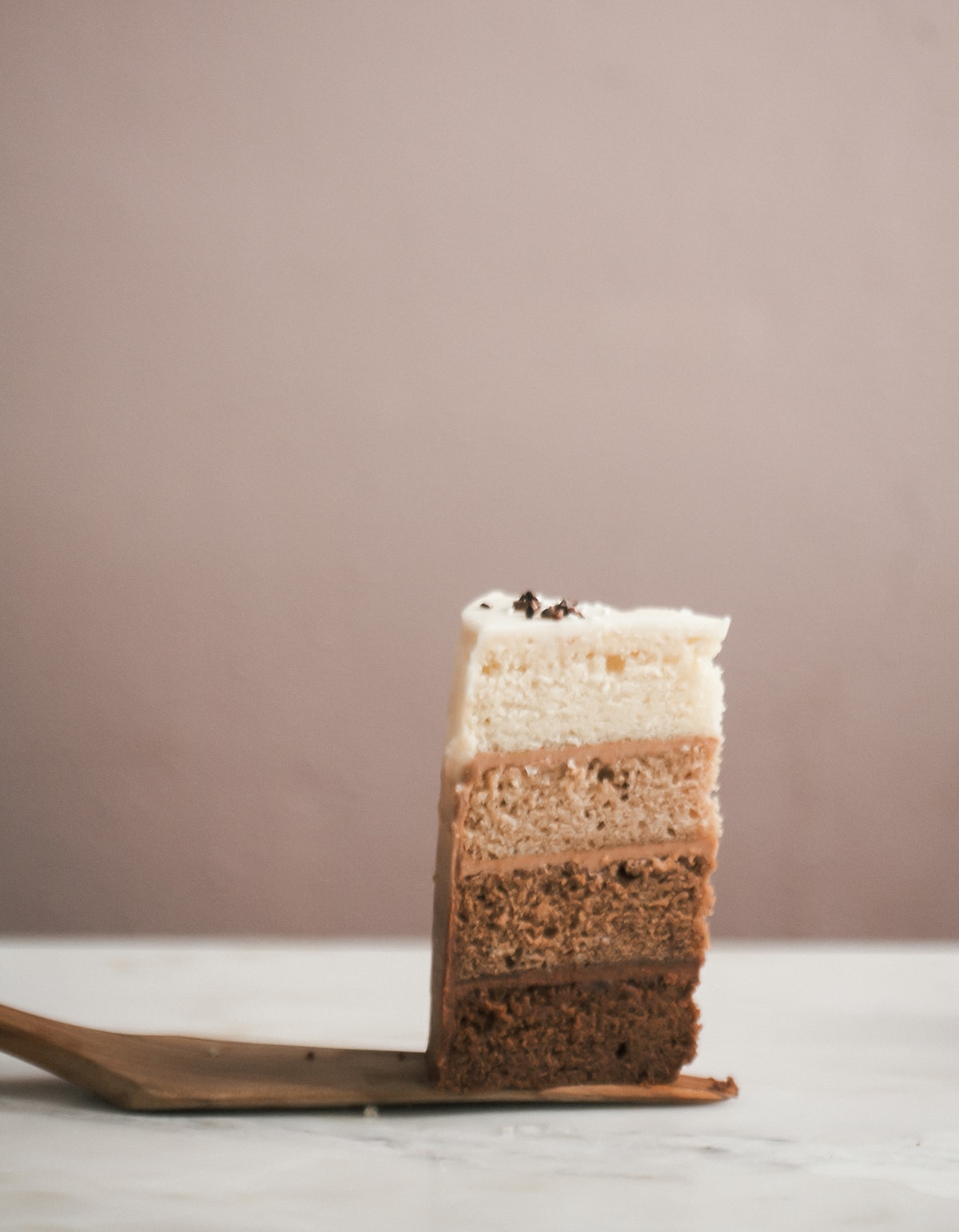 I kept the topping super simple with a handful of ScharffenBerger cacao nibs and a sprinkling of pearl sugar. 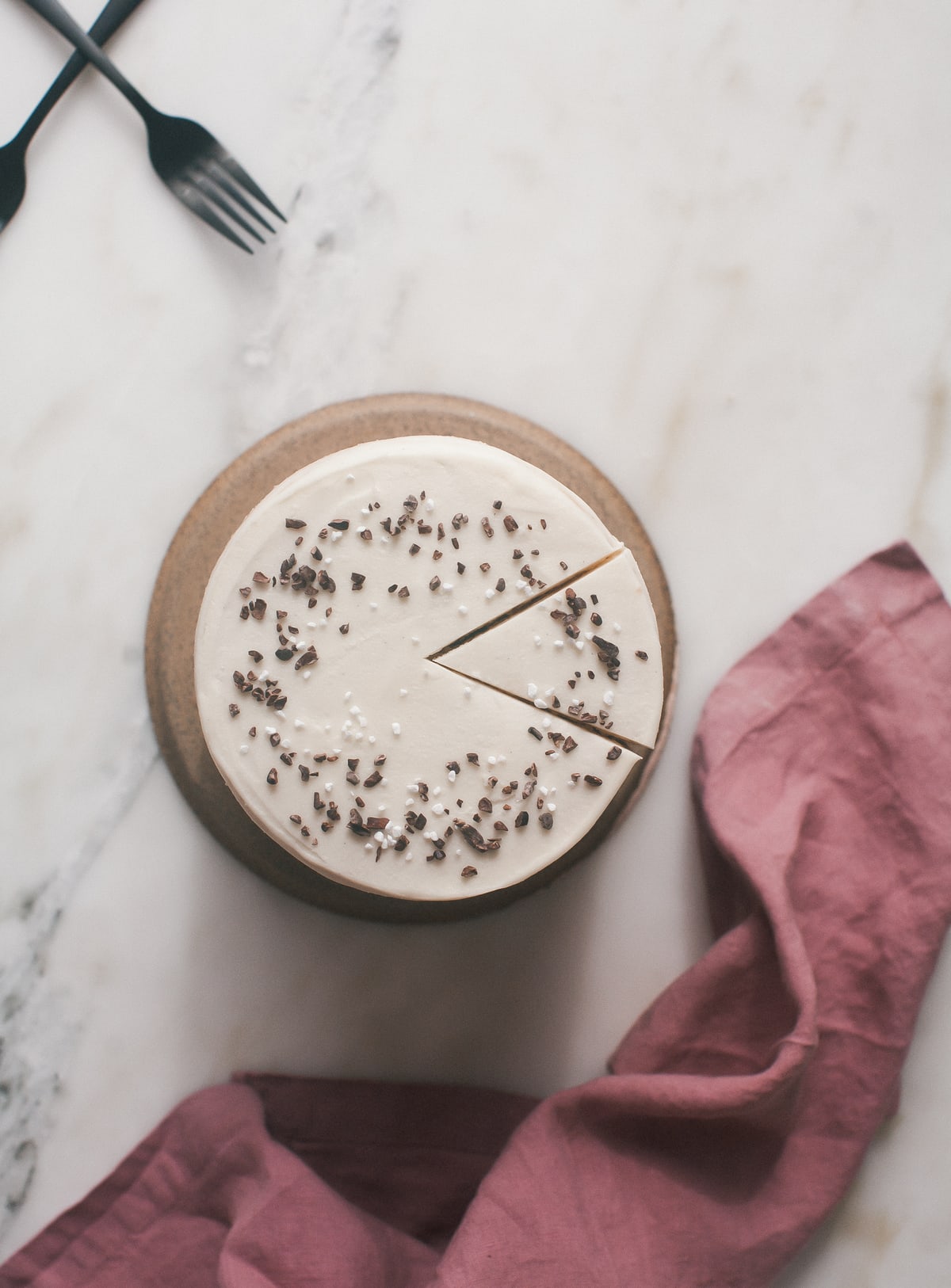 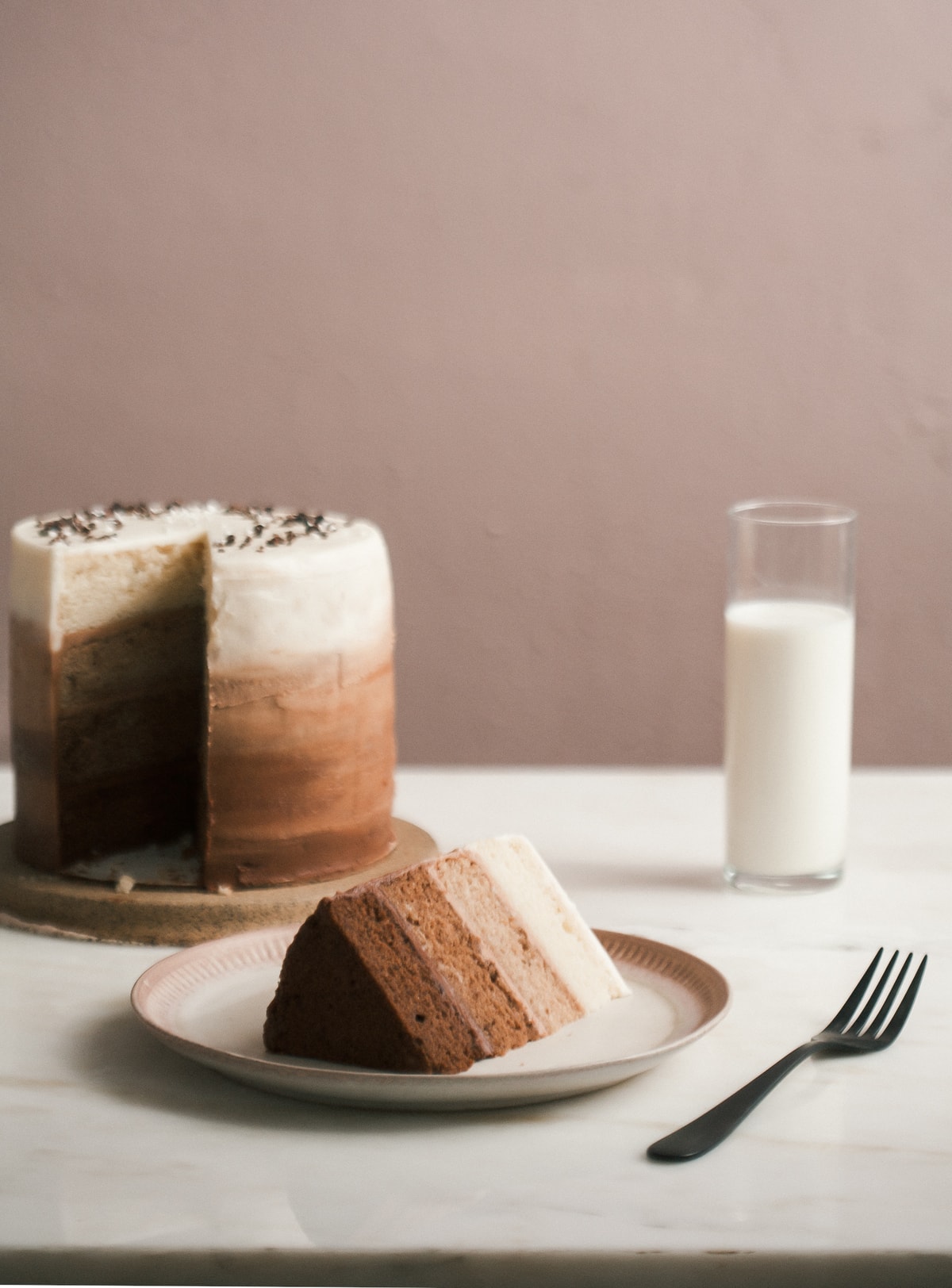 (This post is sponsored by Scharffen-Berger Chocolate Maker! Scharffen Berger crafts the richest, most flavorful chocolate by sourcing the best cacao in the world, blending it in small batches, and gently processing it to maintain the subtle flavors in the beans. Be sure to check out their website, www.scharffenberger.com, where you can find a wide variety of baking chocolate as well as bars that need nothing more than a little unwrapping. Thanks for supporting the sponsors that keep A Cozy Kitchen cozy.) 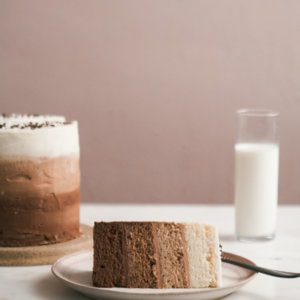 Serving: 10g
Did you make this Recipe? Tag me Today!Tag @acozykitchen on Instagram and hashtag it #acozykitchen 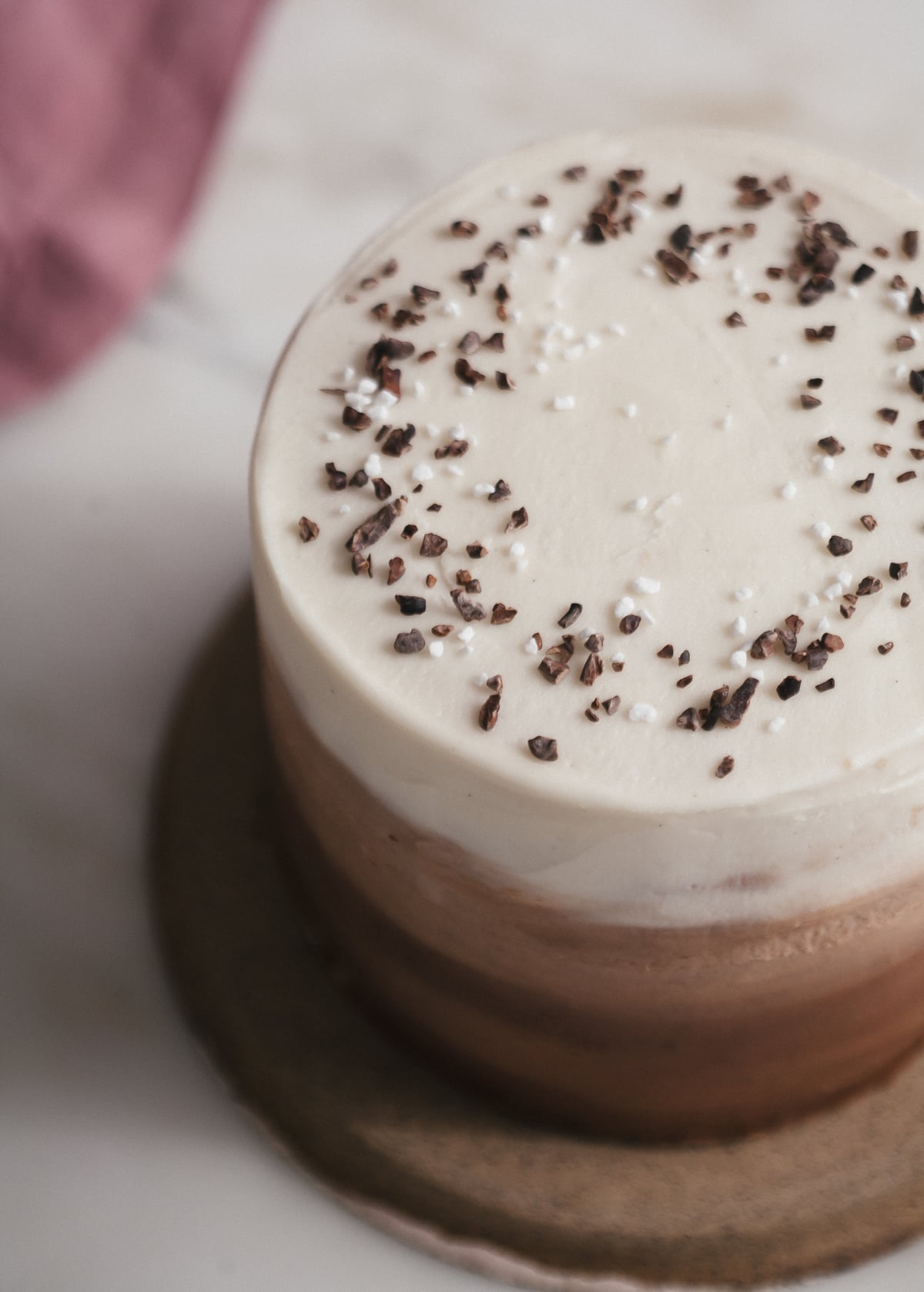 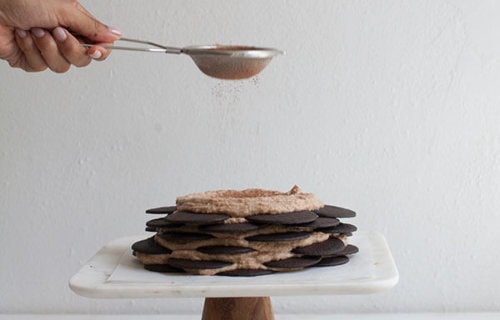 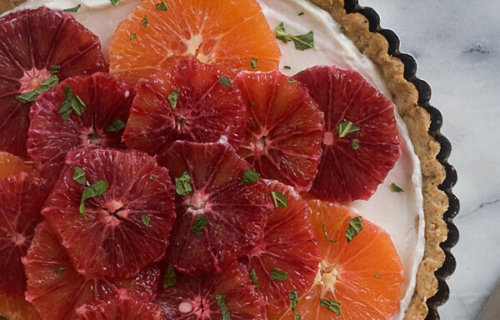