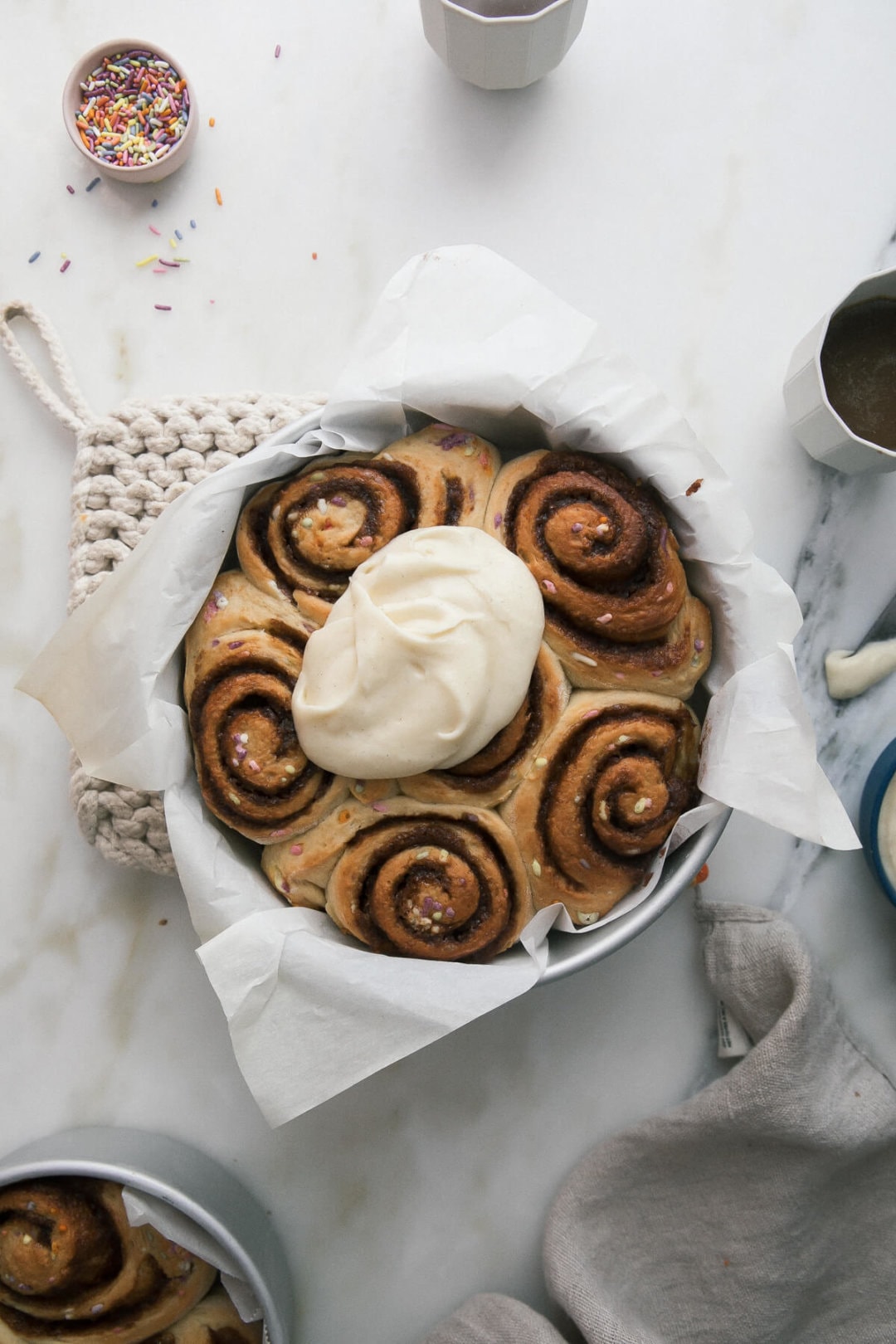 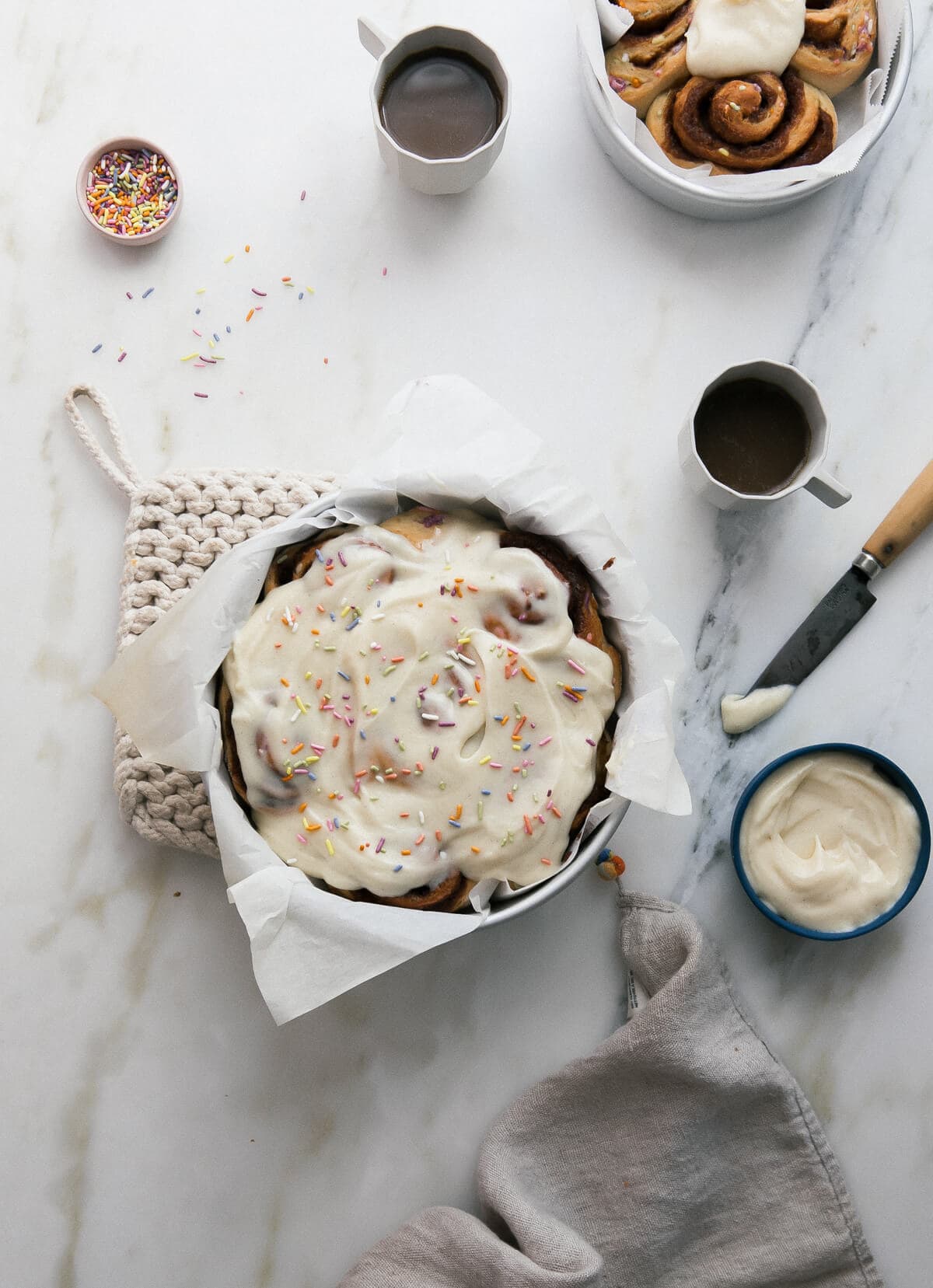 A few Saturdays ago, I flew up to Maryland (from Florida when I was visiting my mama) to visit Holterholm Farms, an Organic Valley co-op farm. They wanted to show me around to meet their cows and see how their dairy is produced.

I have never had a friendship with a cow but from the few farms I’ve visited prior to this, I knew that cows have strong personalities, much like dogs. The cows on this particular farm are Jersey cows and they are so beautiful, with the longest eyelashes and funniest expressions. A few of them kinda reminded me of Amelia because she is equally as expressive and dramatic. 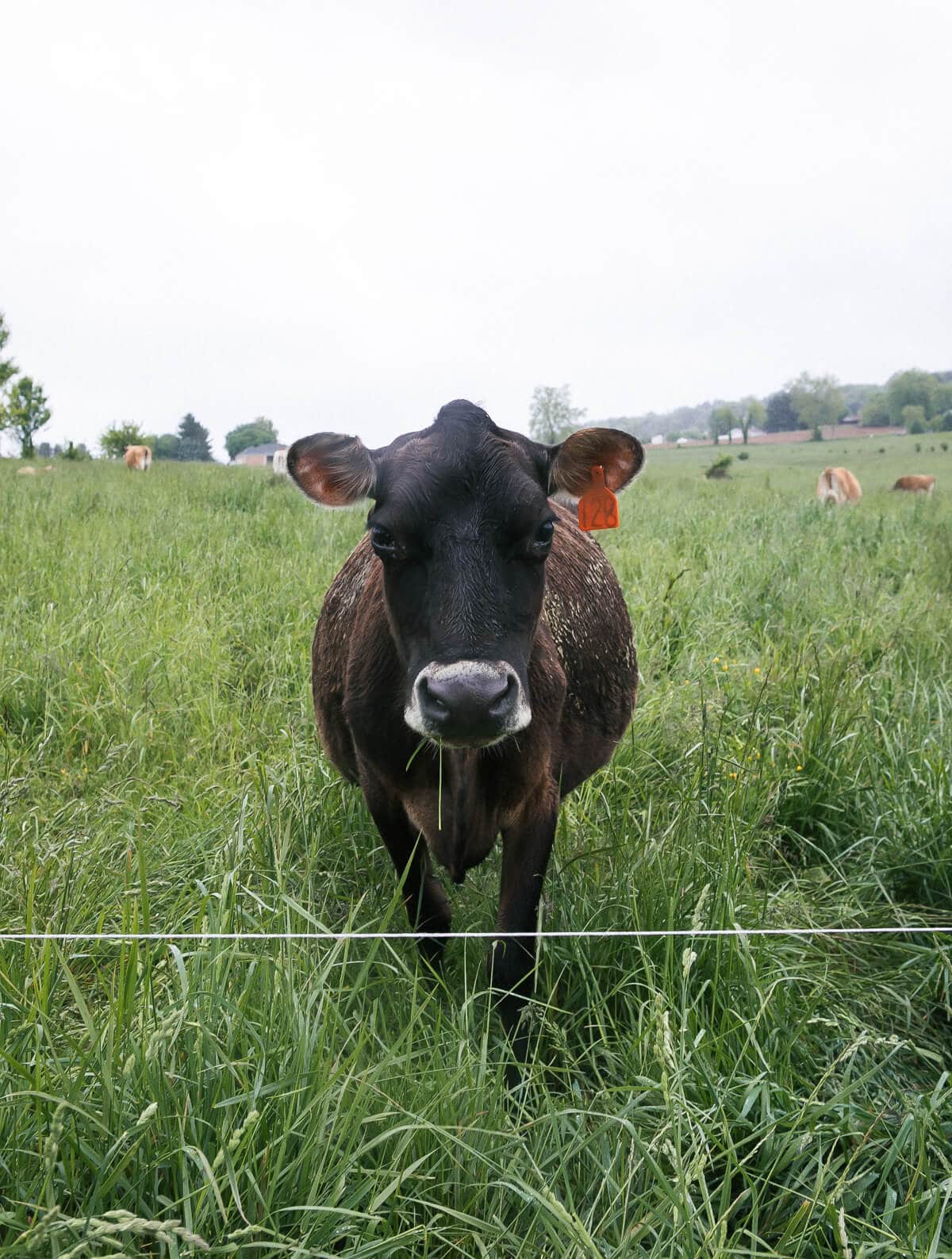 The eighty or so cows that live on this farm, roam and eat ONLY grass and are milked twice a day. They’re moved every single day to ensure that each day they’re eating new, freshly grown grass. I wanted to hang out with them for hours and hours; my city-slicker self could totally see farm life as the best life.

When I was on the farm and I tasted the milk and cream, I instantly knew I wanted to take advantage of their 100% grass-fed milk by putting it into a dough. I knew it would make any dough-like thing even better, even softer. 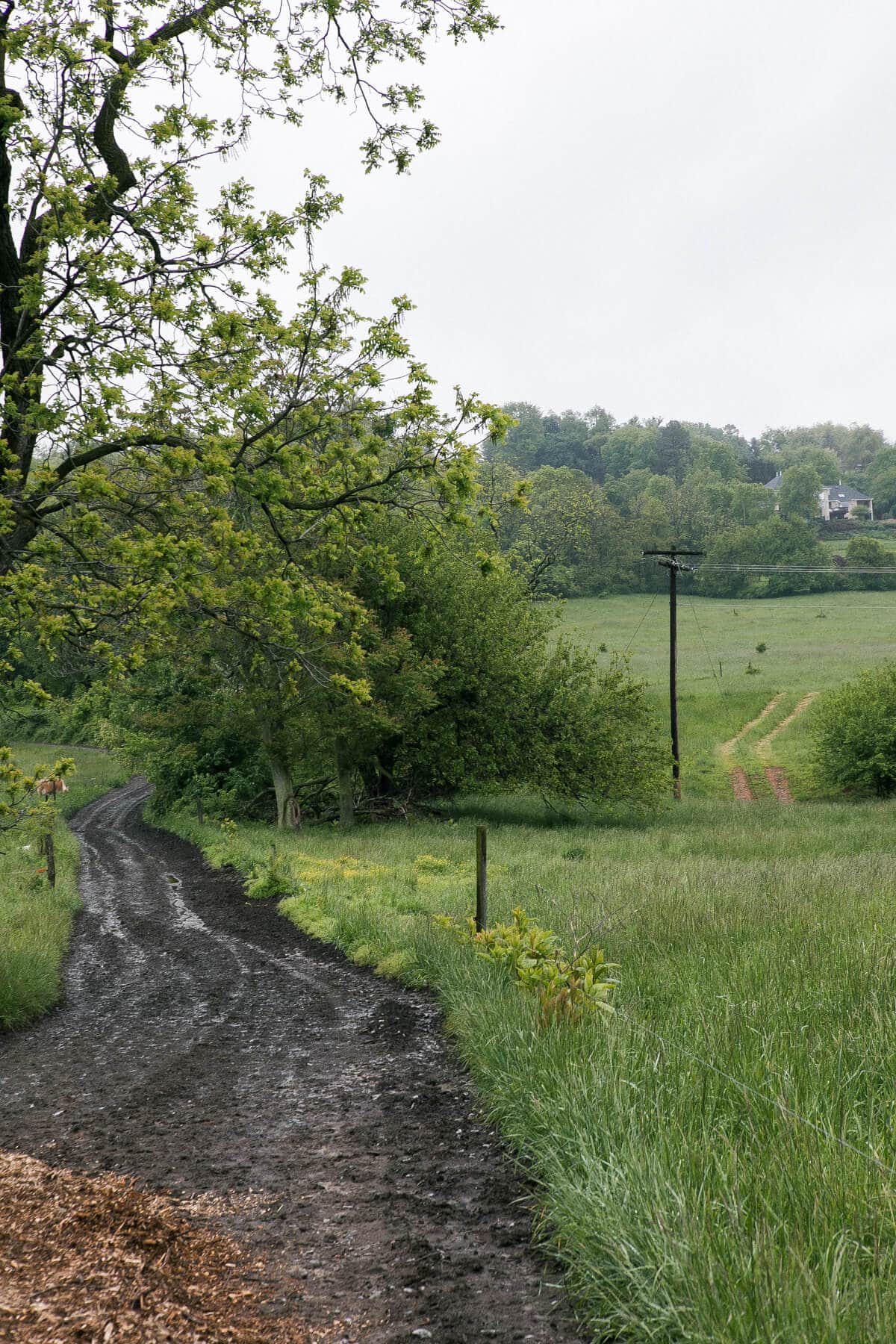 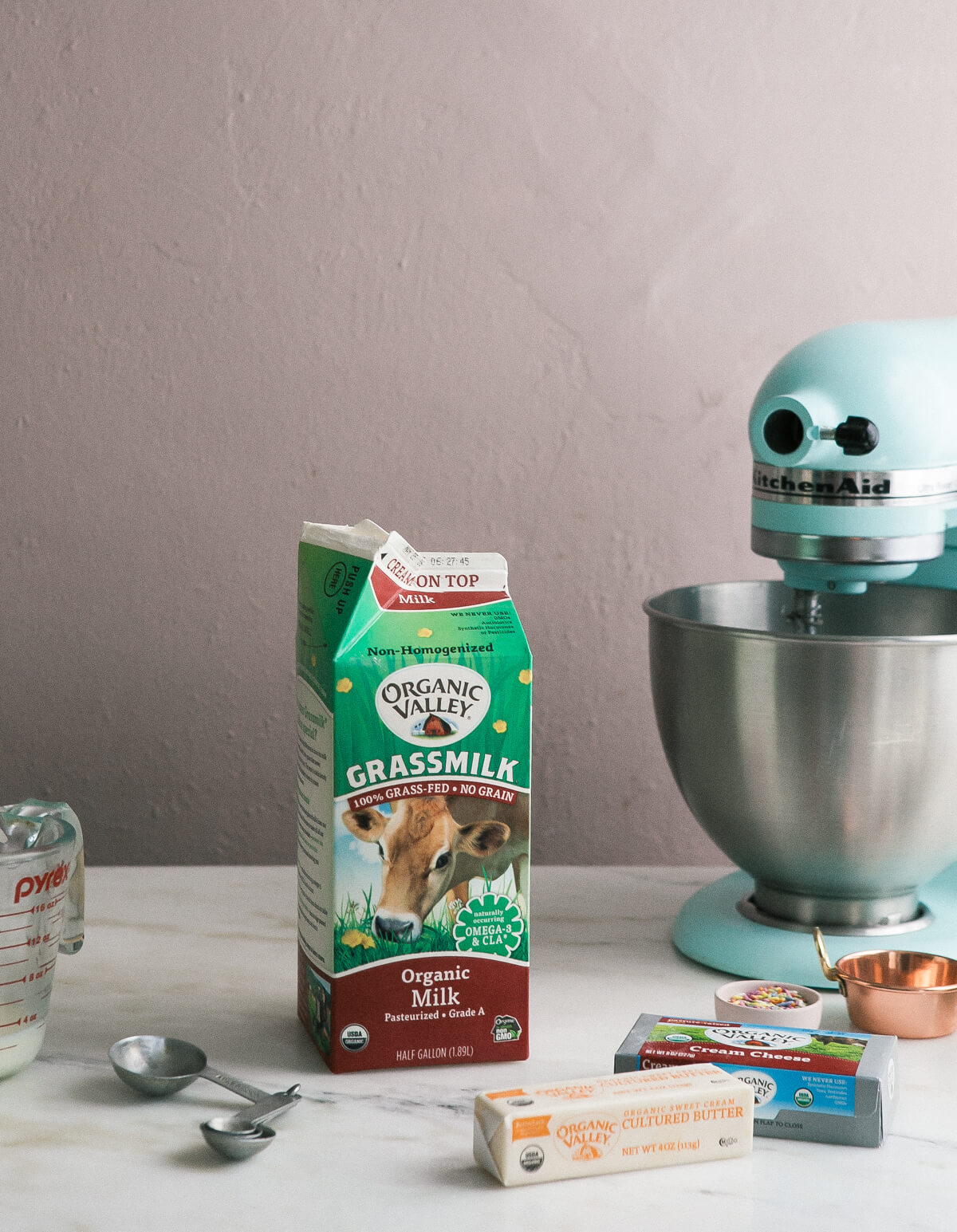 These funfetti cinnamon rolls are the softest! Have you ever had a crunchy, not soft cinnamon roll? They’re not great. And usually, I judge a cinnamon roll on how soft the center is. The edges can be crispy because sometimes they’re touching a baking dish and what-not but the center? It’s gotta be soft and gooey.

The one thing I love to do with cinnamon rolls is add orange juice to the mix; it cuts the richness just a bit and adds a nice freshness and tartness to the dough. 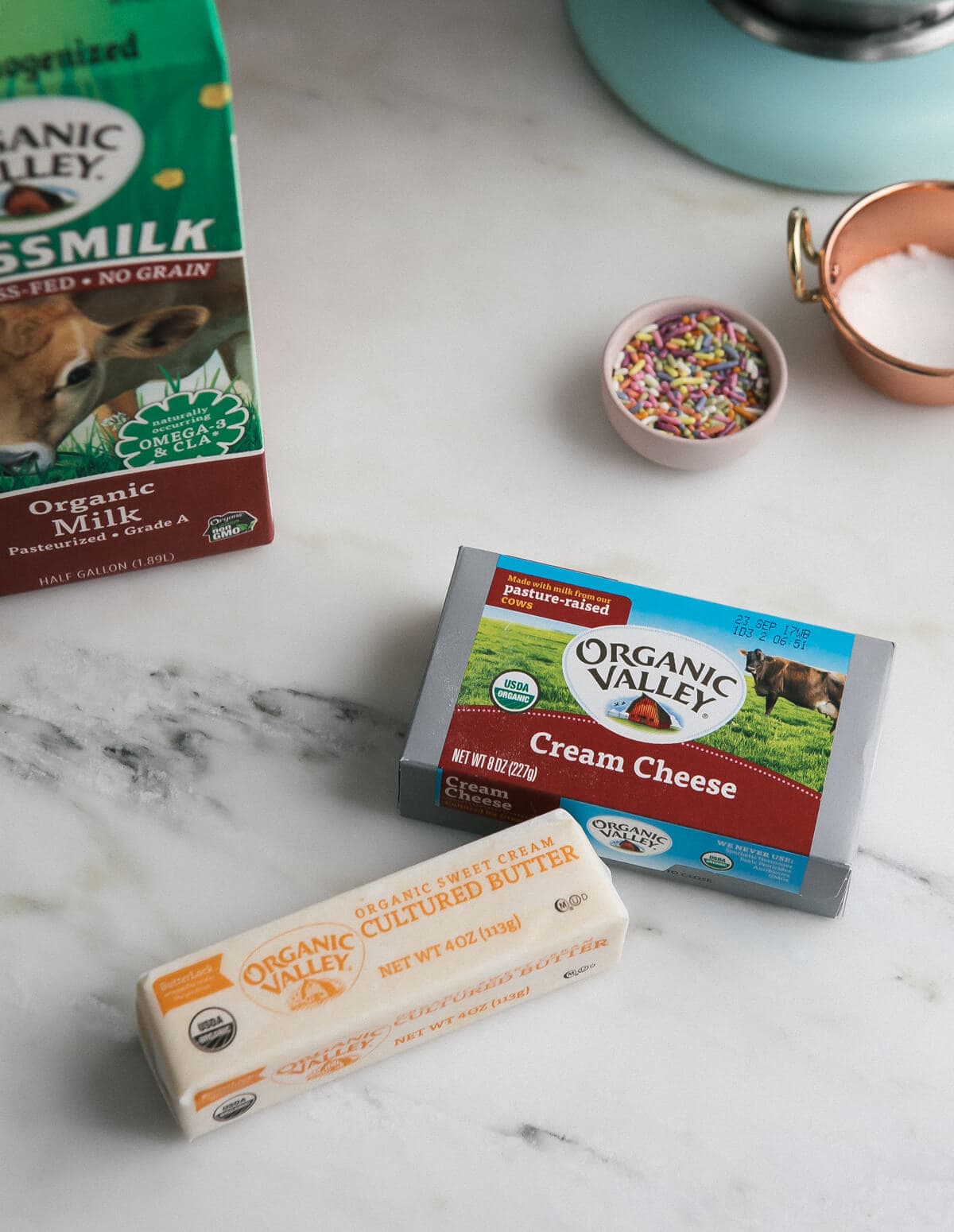 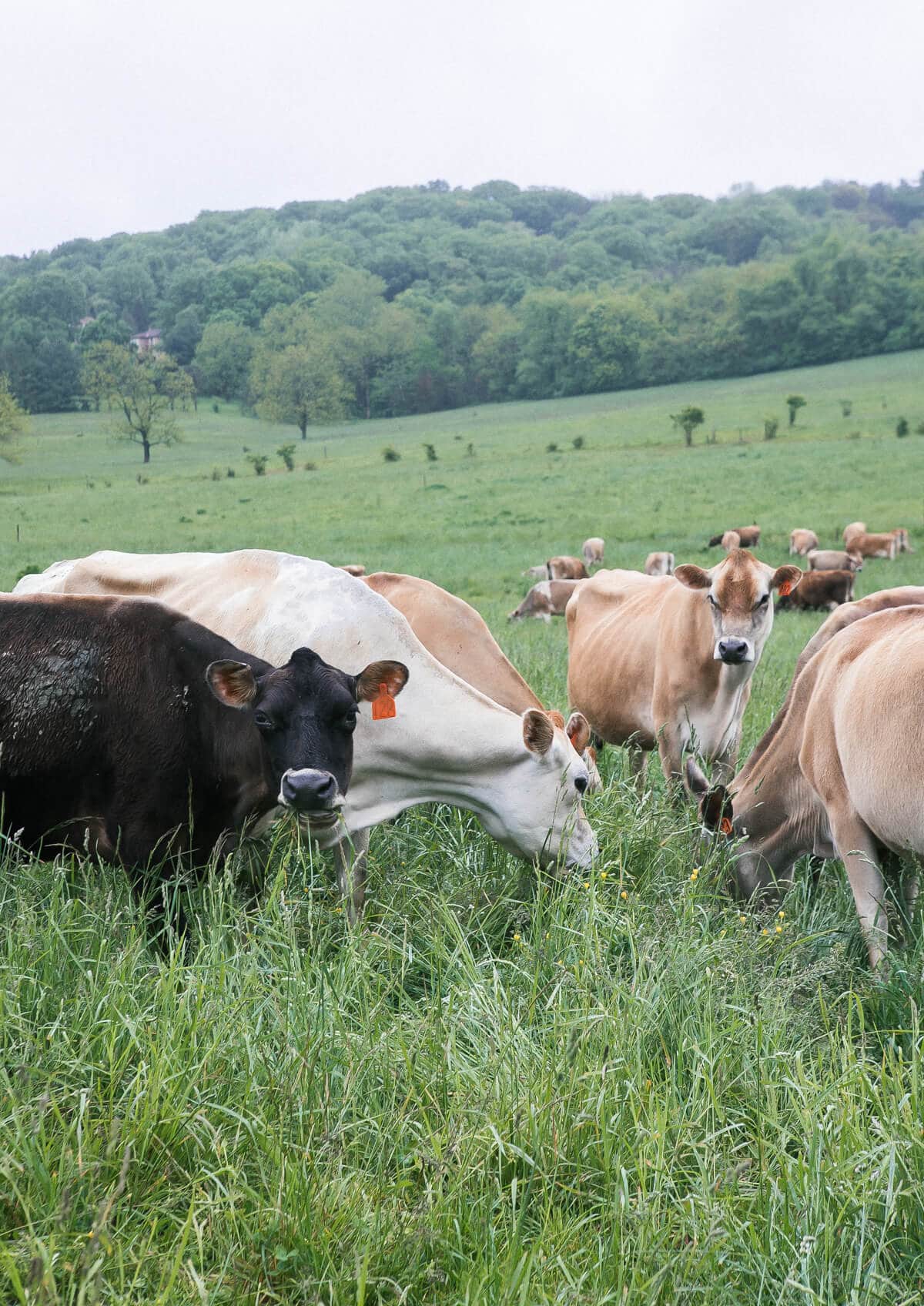 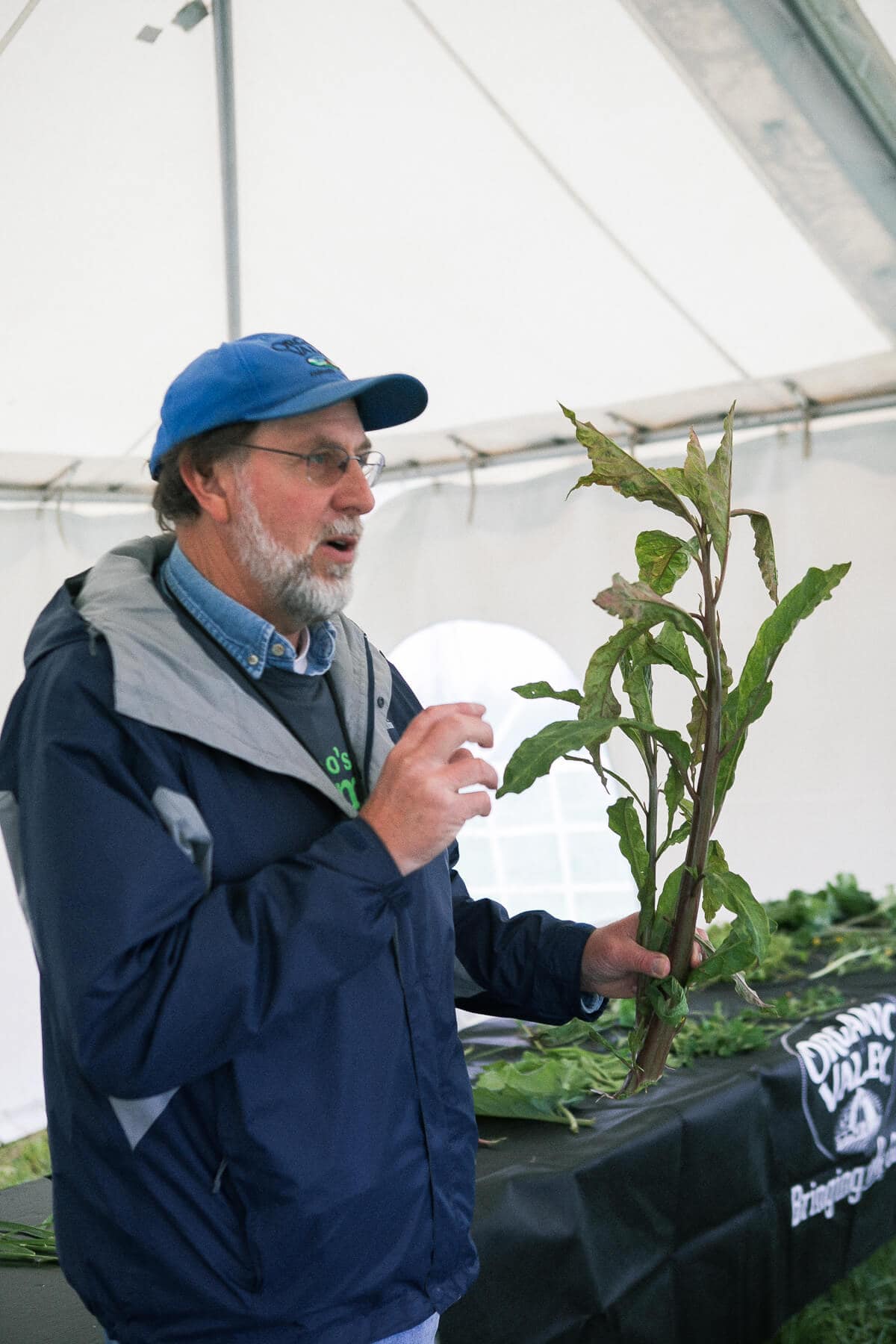 These cinnamon rolls are laced with naturally colored sprinkles and topped with a a delicious, tart, vanilla-spiked glaze that is BOMB.

If you want to make them “overnight” rolls, which I highly recommend, you can do the following:

1. Make the dough the night before, let them rise their 1 hour, and then stick them in the fridge.
2. Make the filling, cover the bowl and leave butter on the counter overnight so it’s soft the next morning.
3. Make the glaze and stick it in the fridge. 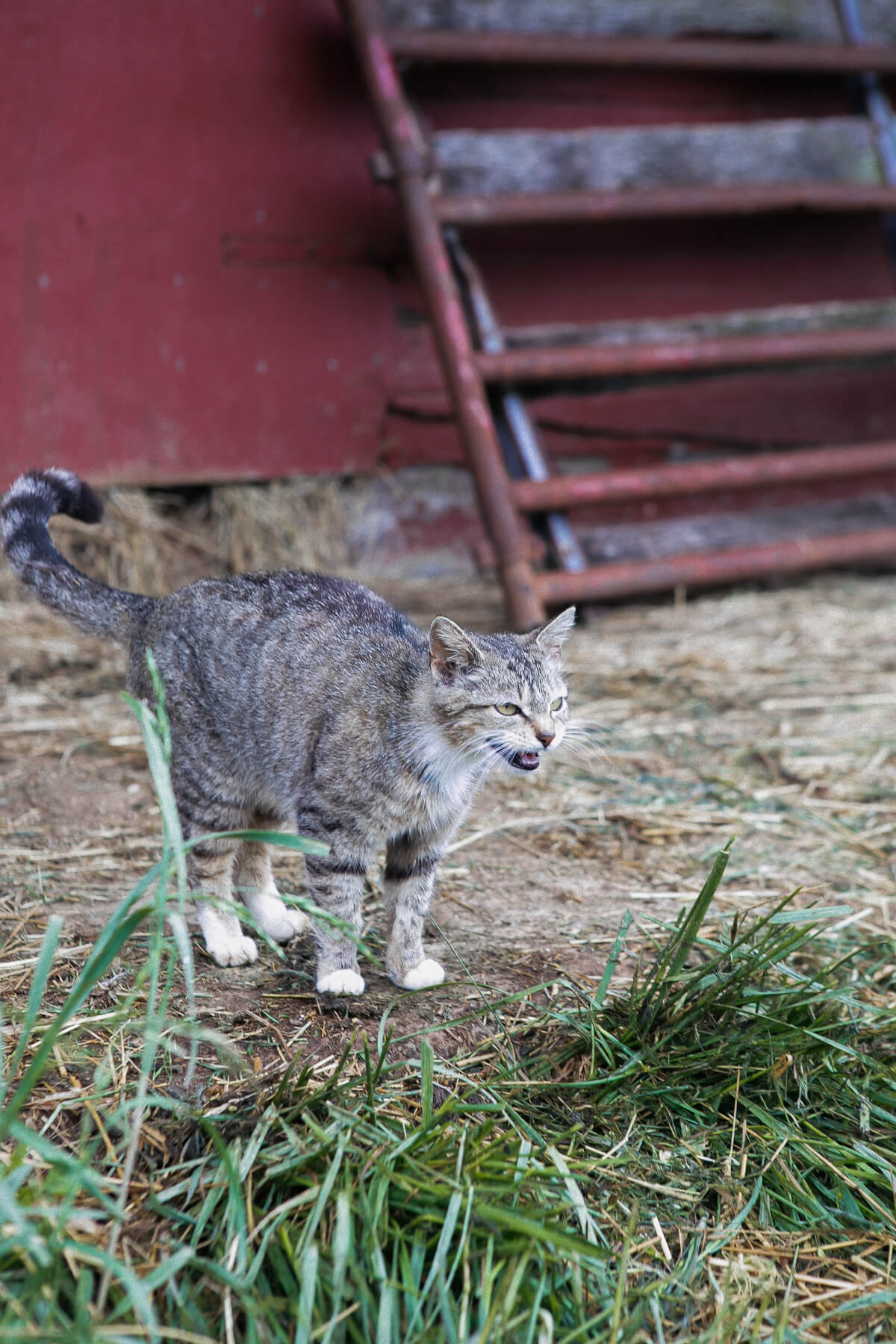 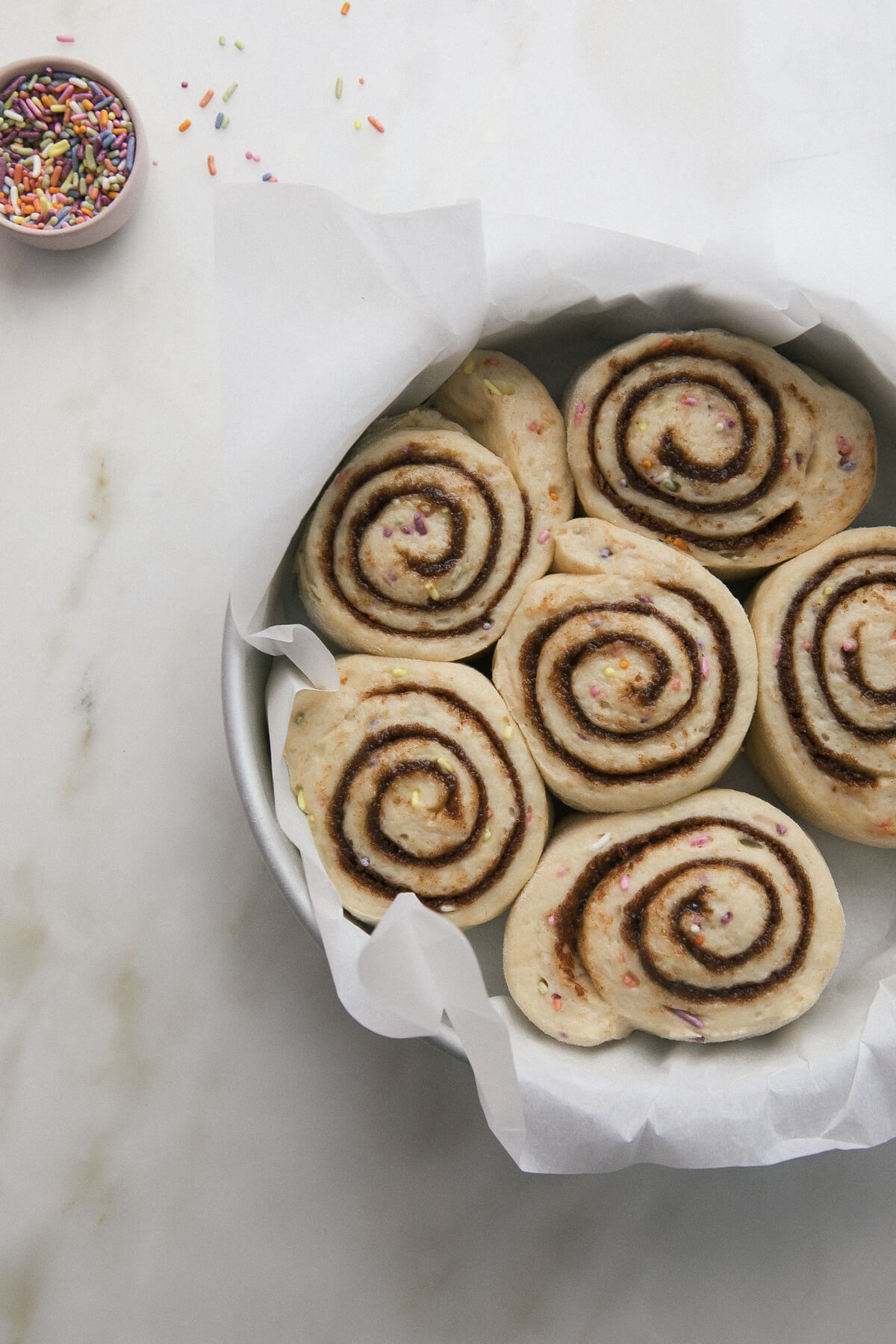 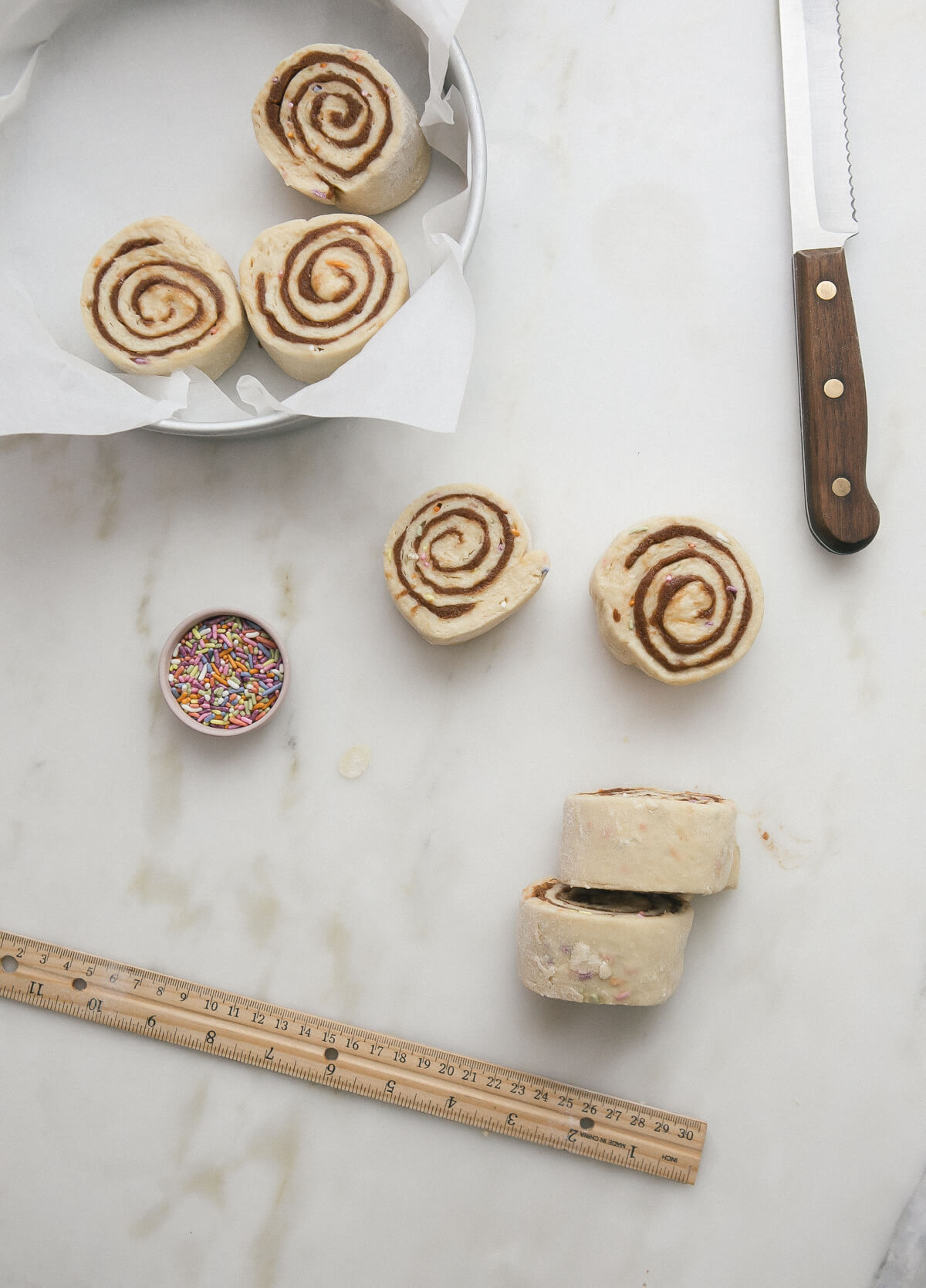 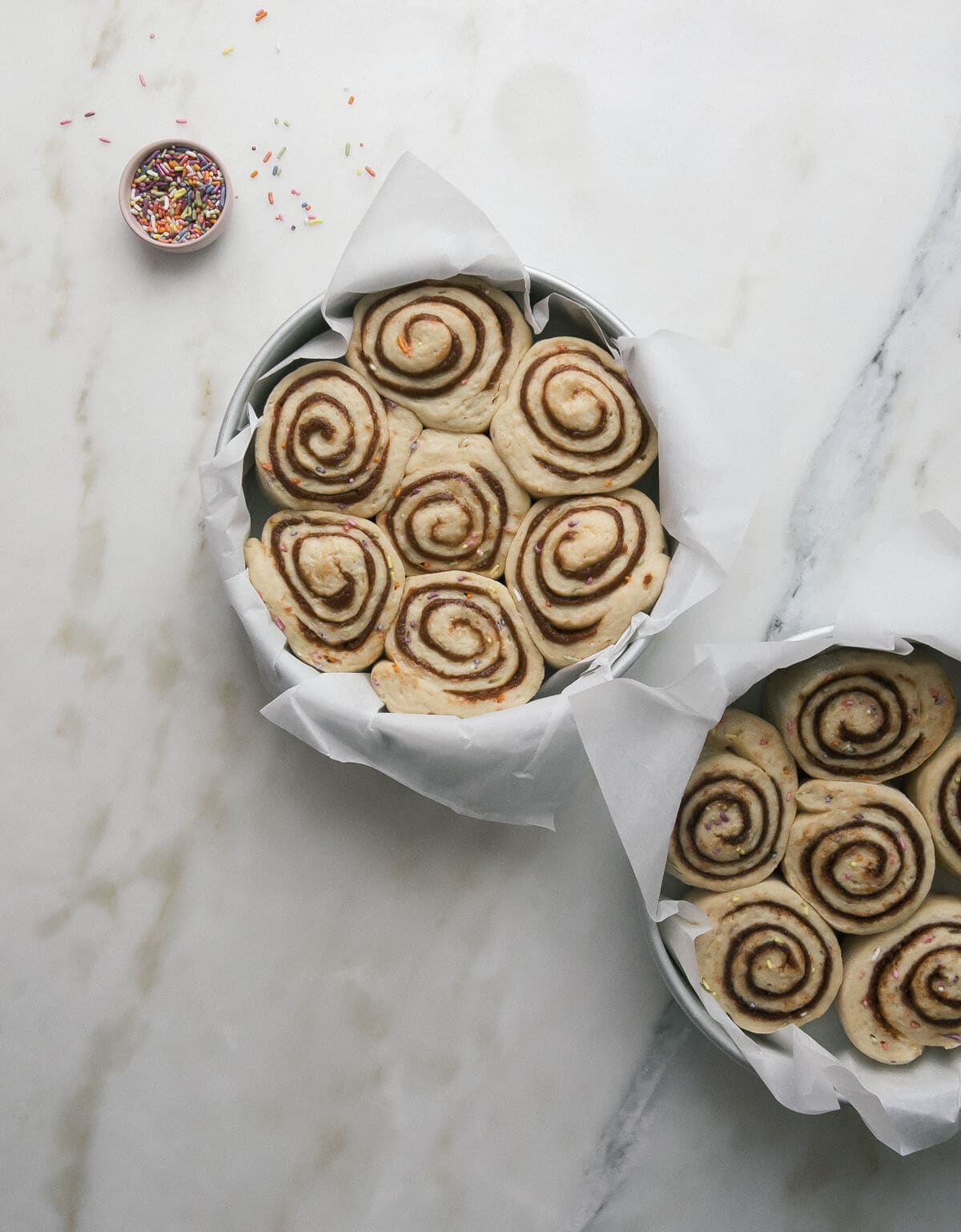 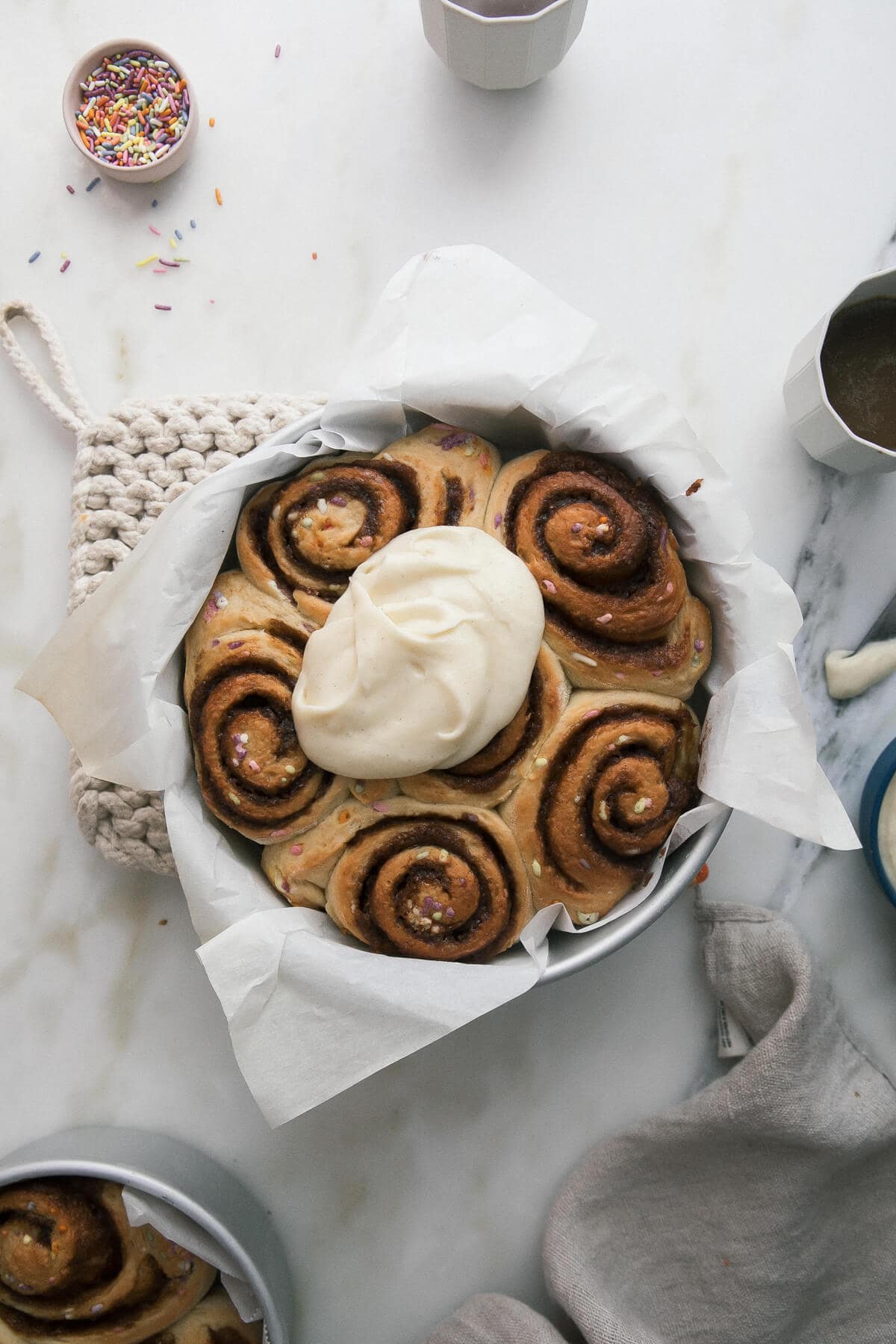 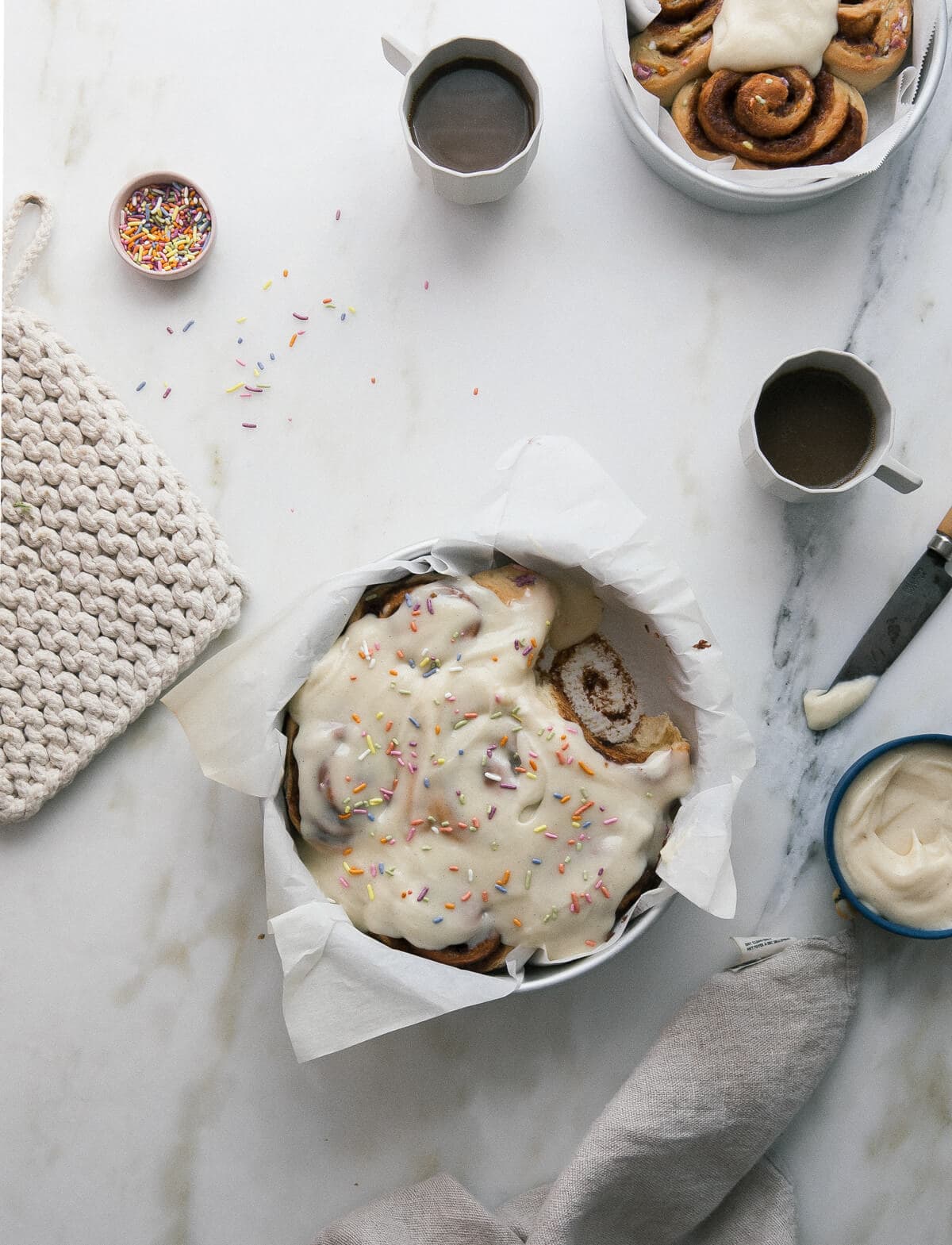 In the morning, all you’ll have to do is roll them out, assemble them, let them rise one more time and then bake ‘em! All the components will be done!

This means soft, cinnamon rolls in the morning for your family and friends. That’s that A+ life!

Seriously a big thank you to Organic Valley for showing me around their farm. It was so beautiful and wonderful to see all the happy cows doing what they do: eating and chilling with each other. A few of them even cuddled with one another, which made me very hormotional and happy about this life! 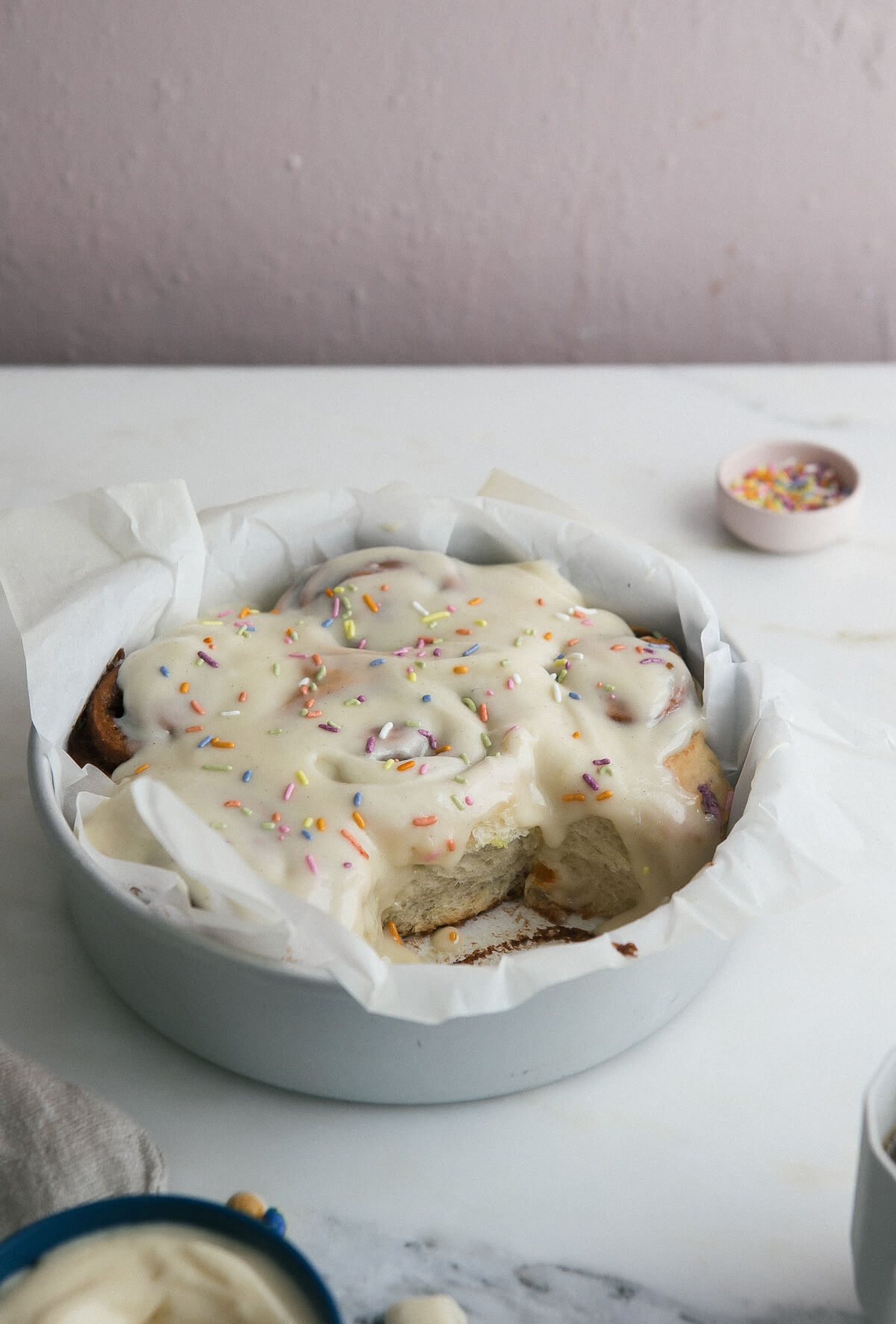 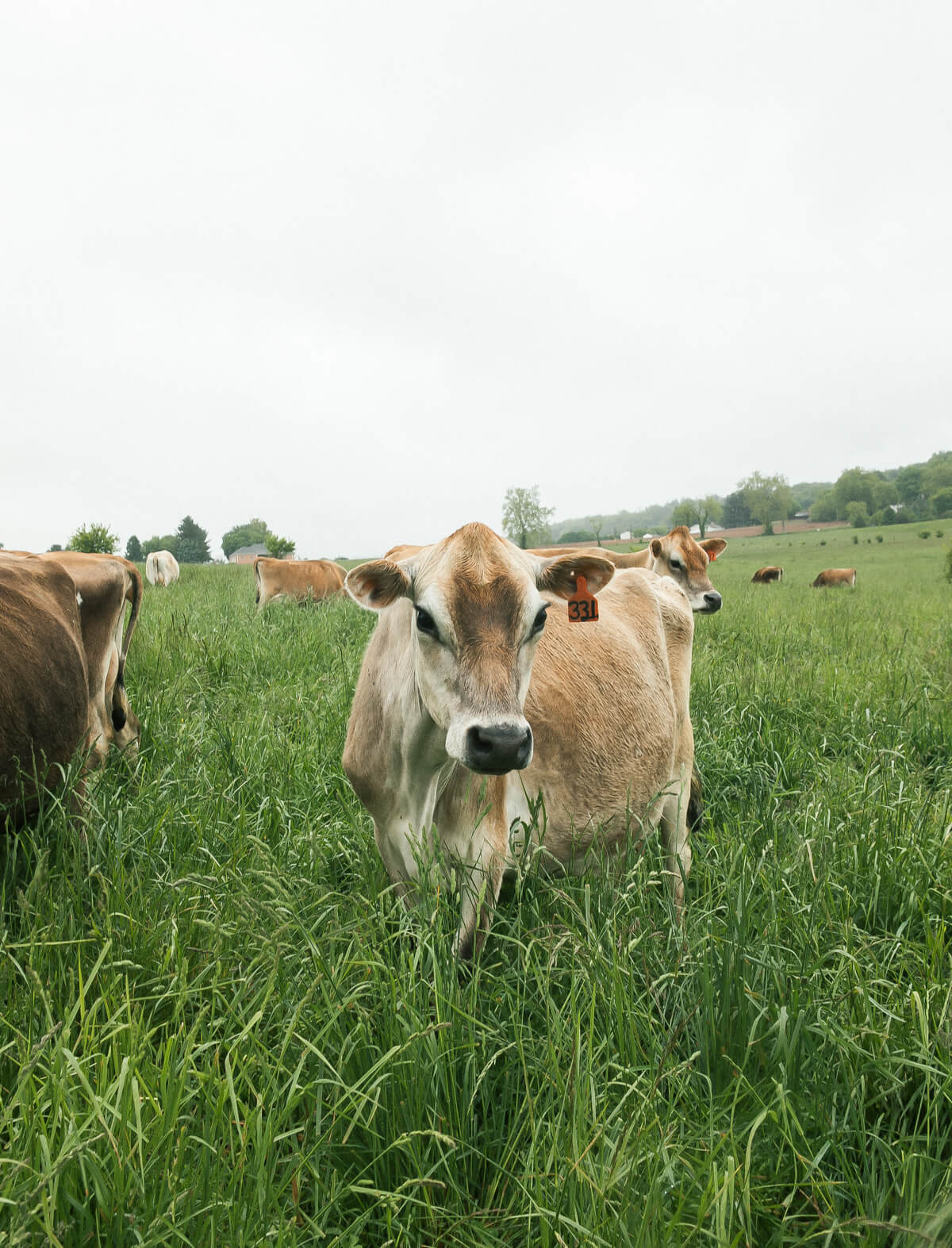 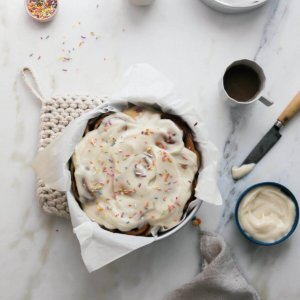 To make the glaze:

(This post is sponsored by Organic Valley. Thank you for supporting the sponsors that keep A Cozy Kitchen cozy.) 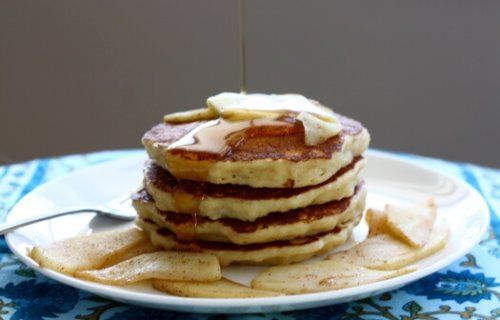 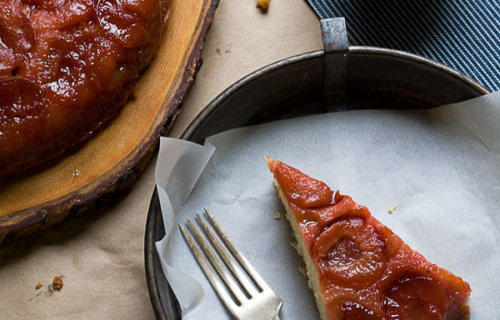 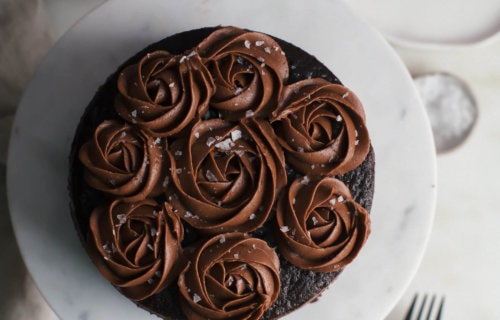