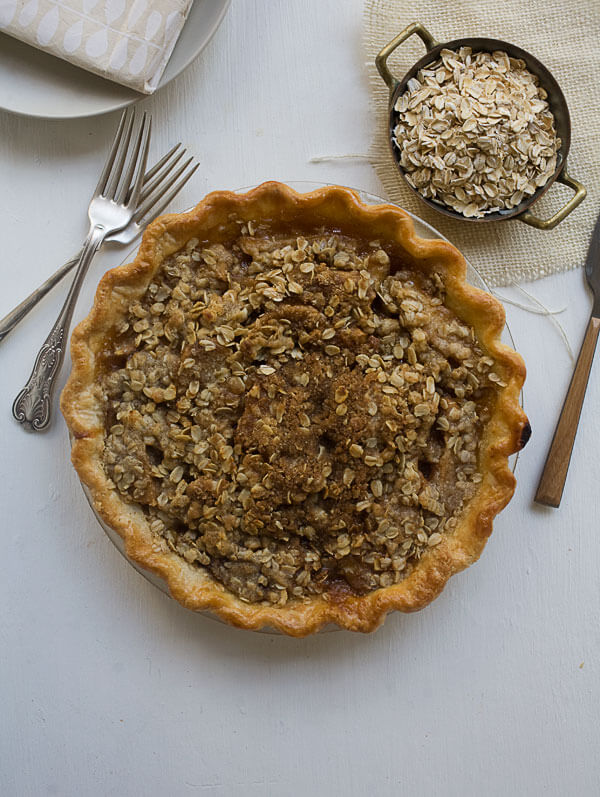 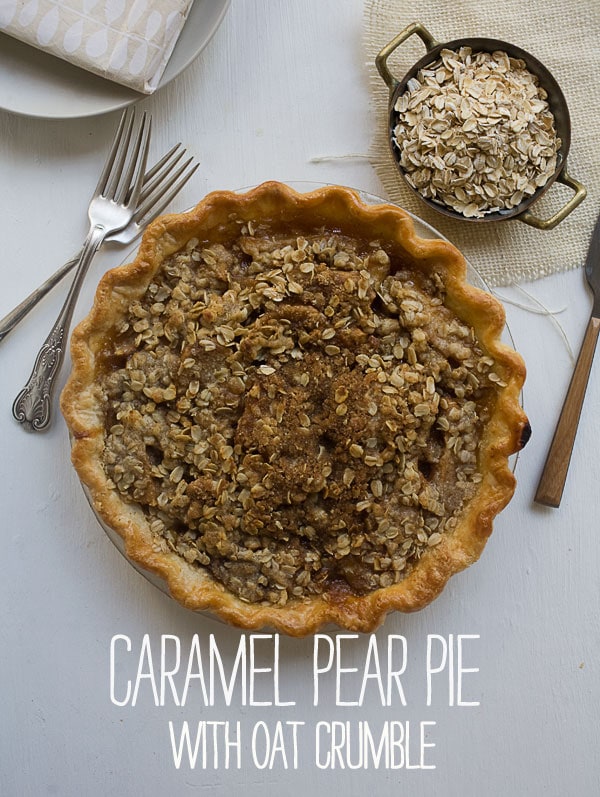 One of my favorite movie food scenes is from Waitress. You know, the movie with Keri Russell (Felicity), where she plays a waitress who loves making pies. She names each pie after a sentiment running through her bones, like “I-hate-Earl-Pie,” “I-hate-my-job-pie.”

The other day as I was rolling out and crimping, I started to think about my feelings and what’d I’d name my pies. I’d probably have a “Will-Amelia-Ever-Stop-Chewing-Stuff-Pie,” and, “The-Most-Heartbreaking-Part-About-Adulthood-Is-Learning-Your-Parents-Aren’t-Perfect-Pie,” and, “Am-I-Going-Down-The-Right-Path-Pie,” and lastly, “Joshua-Is-A-Dream-Pie.” I just got all real with y’all. Pie therapy: a new method for de-stressing. 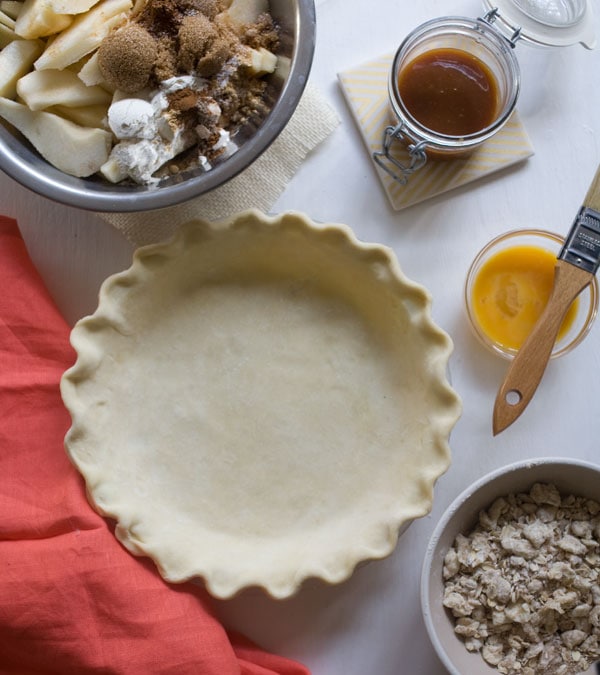 I sometimes think I enjoy making pie more than eating pie. That thought was proven to be totally false once I tasted this this pie. I loved this dang thing.

This pie is everything I’d ever want from a pie. There’s fresh fruit; there’s good texture (hi oats!); nuttiness from the caramel and a hint of saltiness. 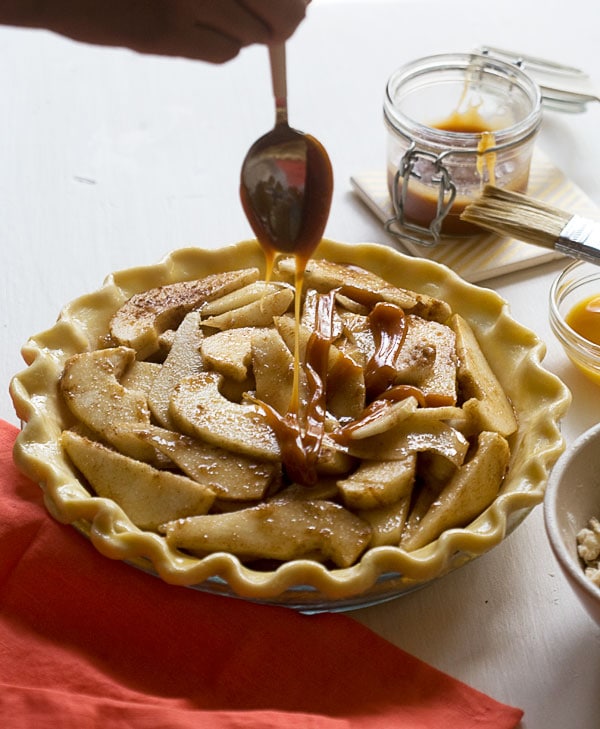 I love the oat topping. I know I just said that like two sentences ago but I REALLY REALLY like it. It definitely looks better on top, but I started to think about maybe mixing oats into double-crusted pie. Imagine a oat and apple pie with caramel and then a lattice on top. Too much? Maybe. But I love the thought of adding oats to pies to give ’em a bit of texture. 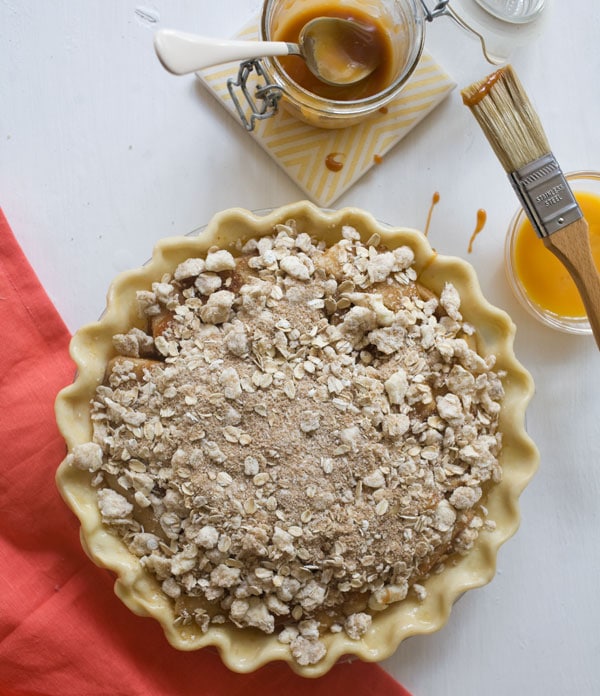 And not just rolled oats but what about barley flakes or rye flakes. Am I boring you? It’s ok. I’m done with the grain talk now!

This pie is soooo perfect for making the night before because it’s actually important that it chills and has time to come together. If you cut into it right after it comes out of the oven, the pie won’t hold together.

Perfect for Thanksgiving when oven space is VERY valuable. 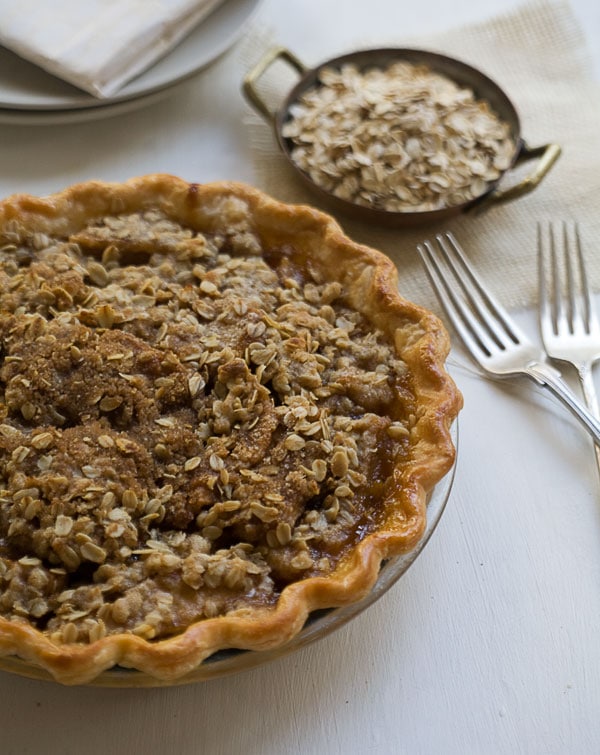 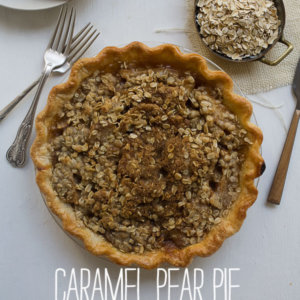 Did you make this Recipe? Tag me Today!Tag @acozykitchen on Instagram and hashtag it #acozykitchen
#PIEWEEKCinnamonDessertPieThanksgivingVegetarian
November 19, 2013 by Adrianna Adarme 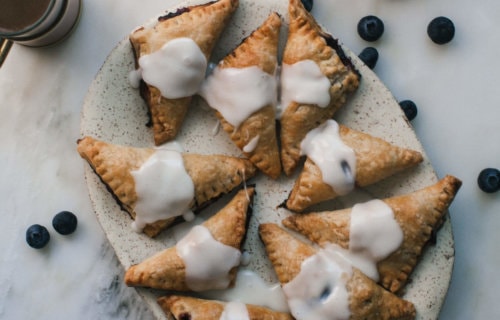 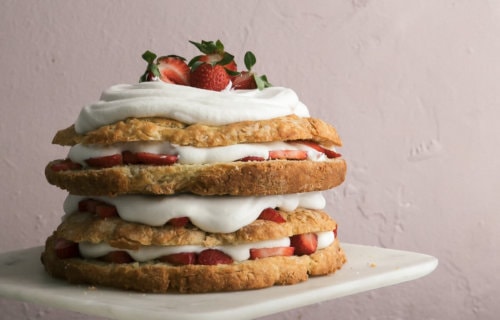 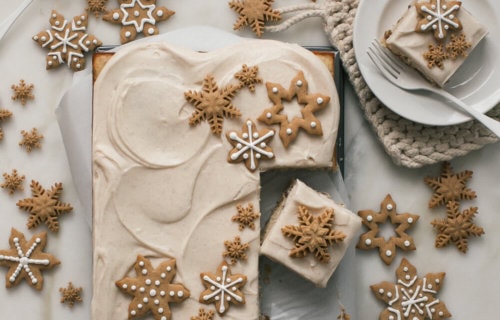