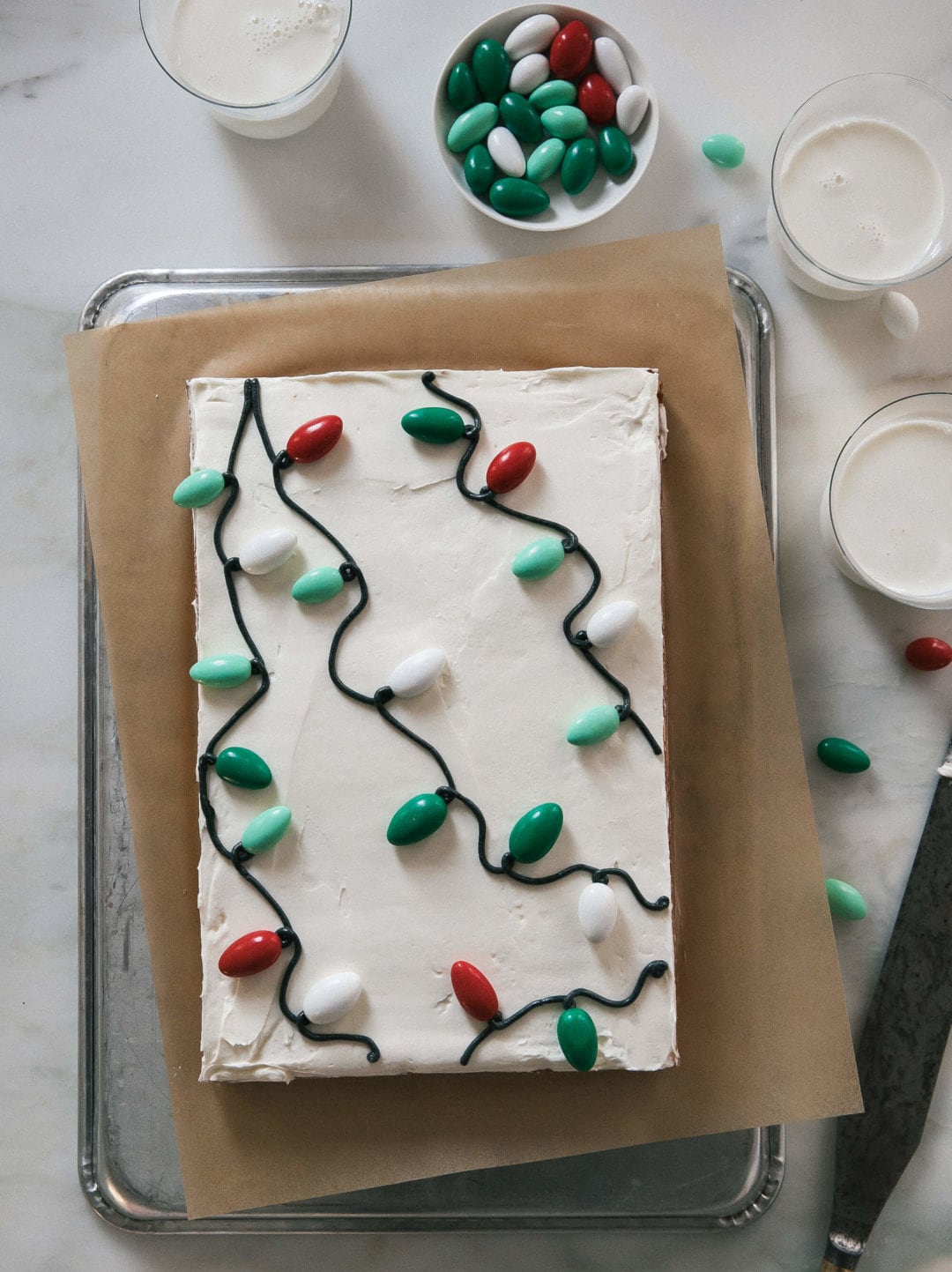 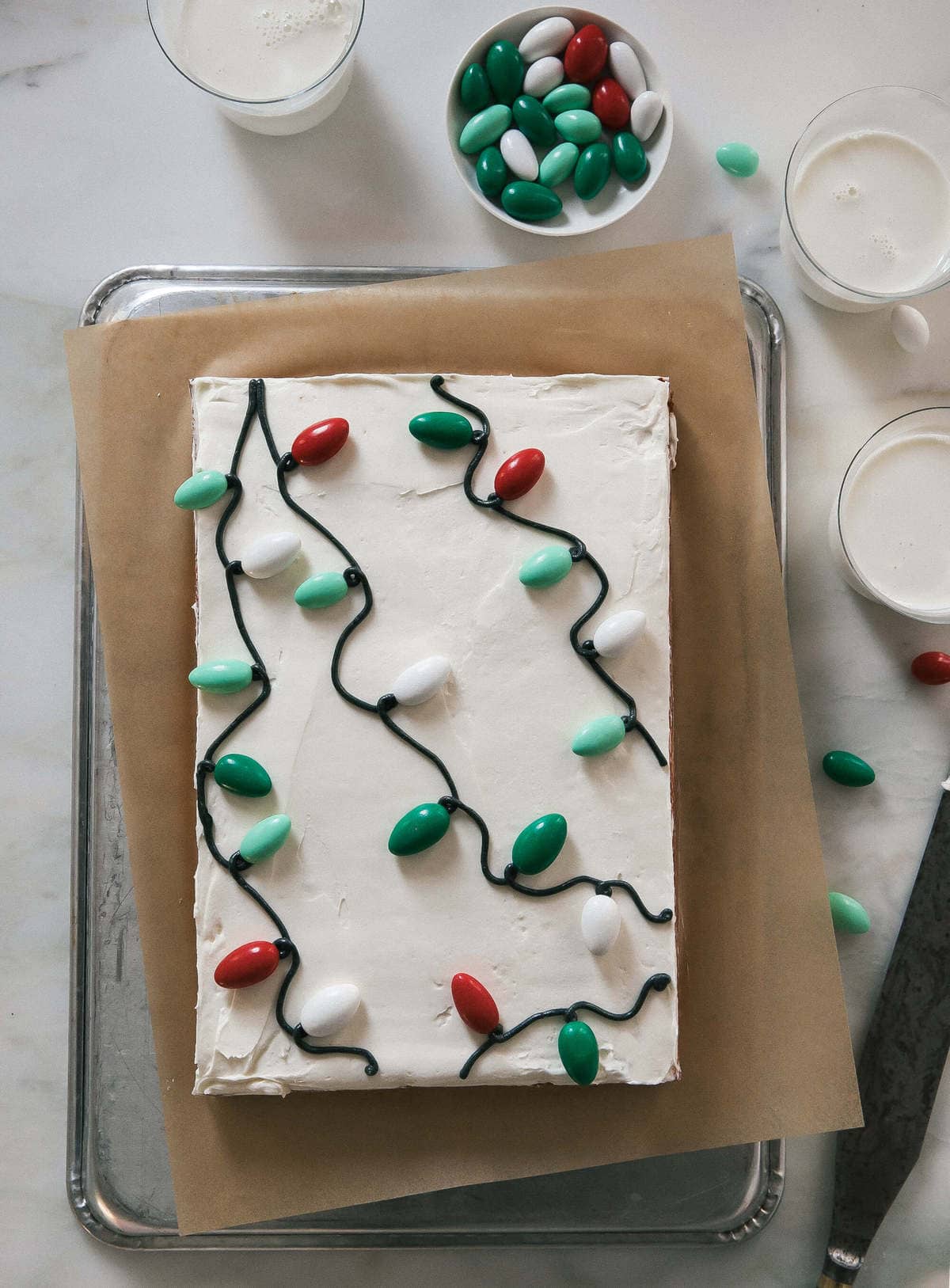 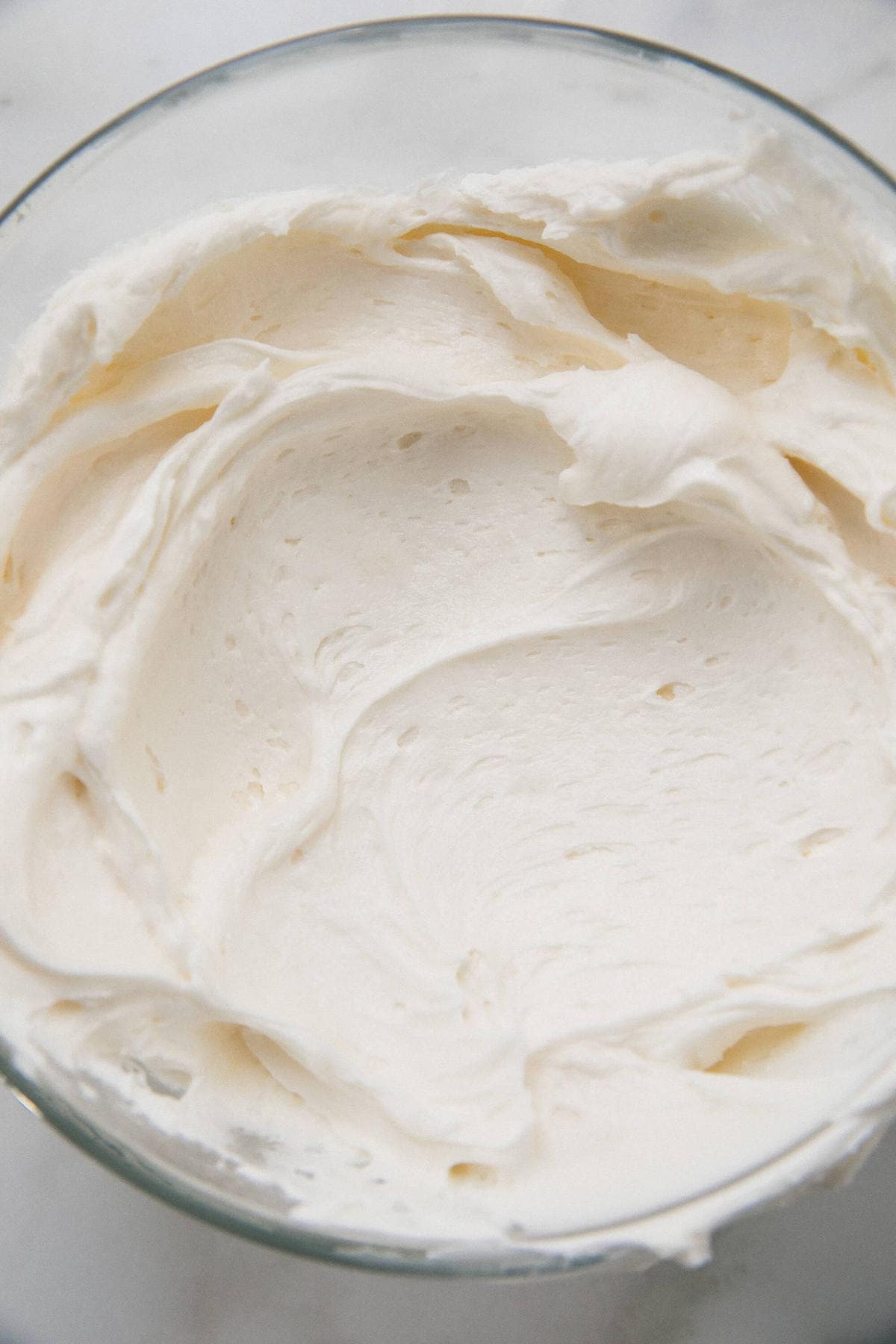 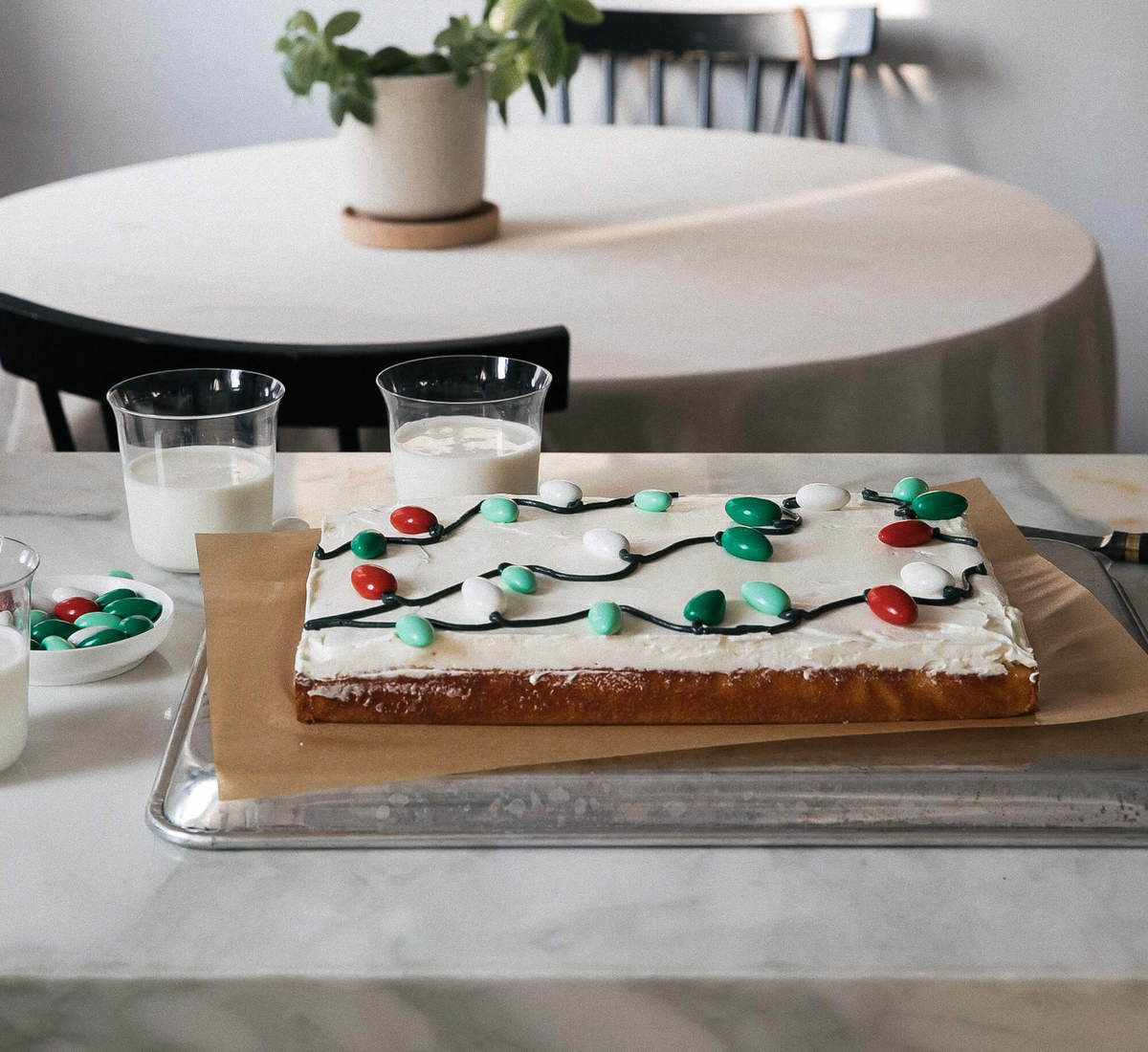 The sheet cake itself is a nice fluffy coconut cake that uses coconut cream (a must in coquito). I used the brand Goya. This can is usually sold at liquor stores (a lot of mixed drinks use cream of coconut) or you can check any grocery store in the Hispanic Section. 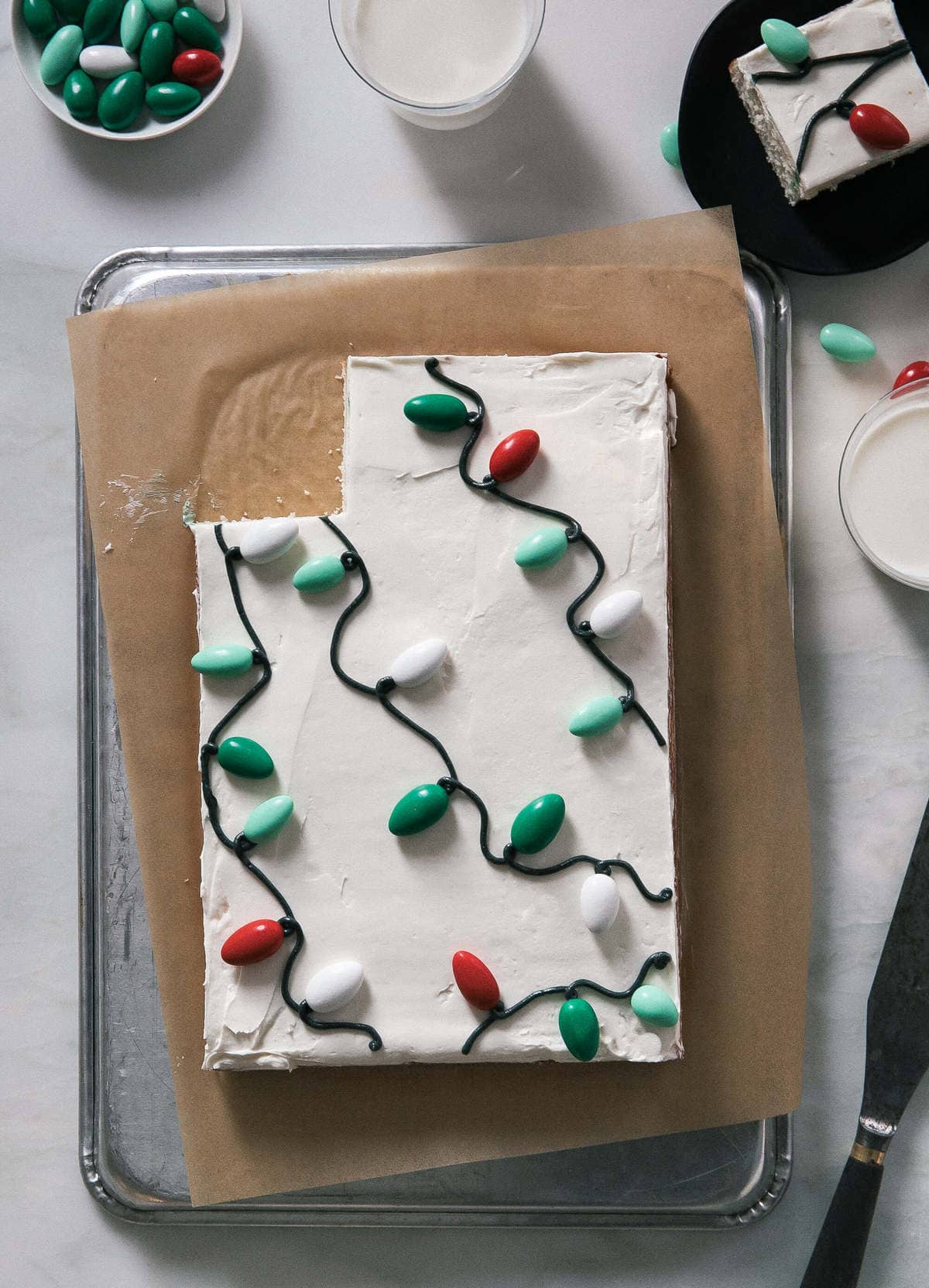