Published Jan 16, 2013Last Updated Dec 22, 2018
Jump to Recipe
Pin RecipeLeave a Comment
Breakfast is my main chick. My main steeze. My main squeeze. My major. But so many times I skip breakfast, decide to eat a cup of coffee instead, sit at my computer and next thing I… 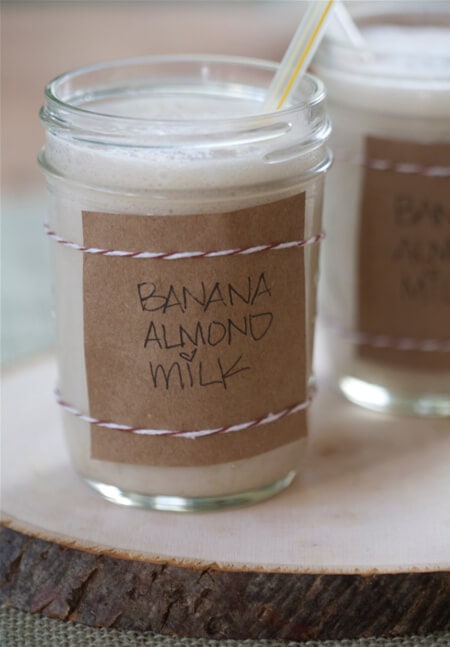 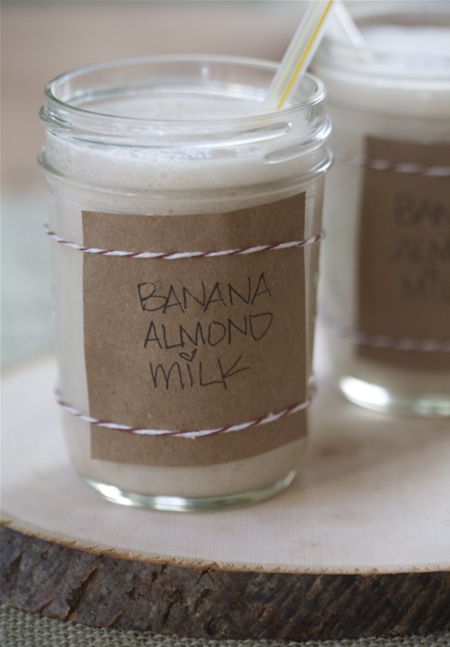 But so many times I skip breakfast, decide to eat a cup of coffee instead, sit at my computer and next thing I know it it’s noon and I’m so angry. I’m hangry.

So, in 2013 I didn’t have any major resolutions. I’m not good at those. But I did decide to eat breakfast more regularly. And I to travel to far away places.

One of my main problems in the morning is that I’m not that hungry. I don’t wake up ravenous; I wake up wanting water and coffee. And Instagram. I have to force myself to consume something at 8am. This banana milk a good option. It’s nutritious, tasty, and super easy to make. 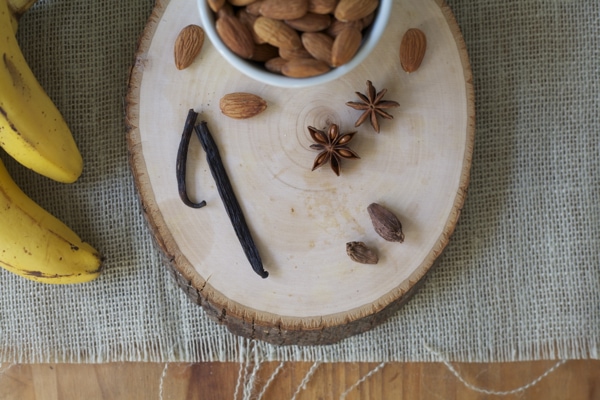 I love making homemade nut milks. Sure, you can buy almond milk for $2 at most grocery stores. But I spiced this one up a bit with star anise, a vanilla bean and cardamom. It was extra delicious and extra special.

The almonds soak overnight in water with the spices and in the morning they’re drained and take a trip to the blender to get pulsed with even more water.

After the last straining, you have a bunch of almond milk you can grab out of the fridge whenever you’re feeling it.

In this instance, I used it to make banana milk. 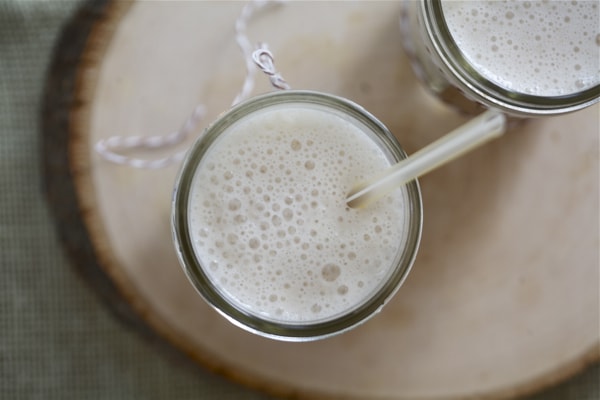 Ohhh bananas, I luv u, like, a lot. Recently I’ve been a little obsessed with banana, and honestly have no idea why.

I got the idea for banana milk from an old Marion Cunningham cookbook I have on my shelf. Her recipe used real milk and since I don’t drink cow’s milk (I don’t love the flavor), I decided to change it up.

While I was doing some banana milk research, I learned that it’s crazy popular in Korea. A childhood staple, for some. Who knew! Cool! This commercial is all about a grown up dude drinking banana milk. And then his mother (?) or grandmother (?) starts booty dancing. If that commercial doesn’t sell you on banana milk, then I don’t know what will. I mean, banana milk is just that good!

My wish is that you make this almond banana milk and it makes you dance like grandma. 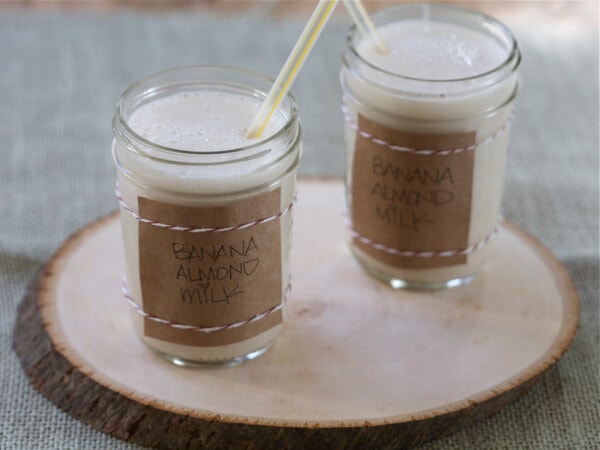