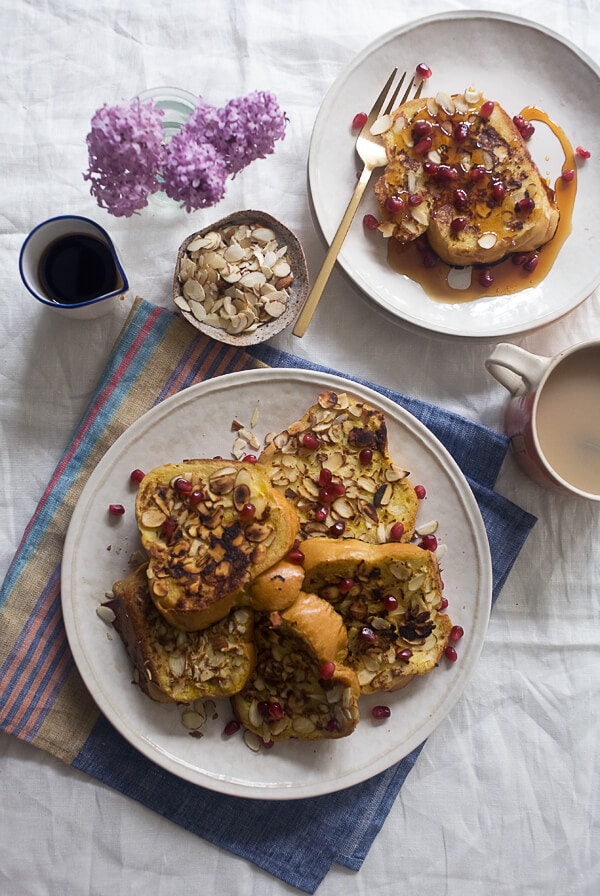 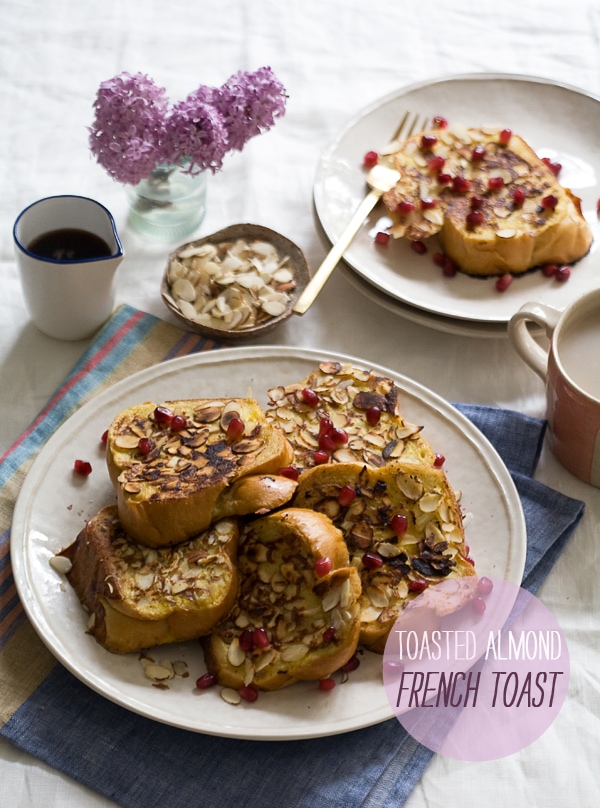 They say you can tell a person’s true colors in the darkest of times.

That moment for me was early Monday morning when the Los Angeles earth decided to shake rapidly in the middle of the night. I was mid-crazy dream. I was in the South of France. Amelia and a cat were fighting. I found a Sriracha bottle (how a bottle of Sriracha was just laying on a French country-side road is unknown) and started to throw it at the two of them to quit it. That’s when the earth shook, the doors to my closet trembled and my inner-self went into pure panic mode. 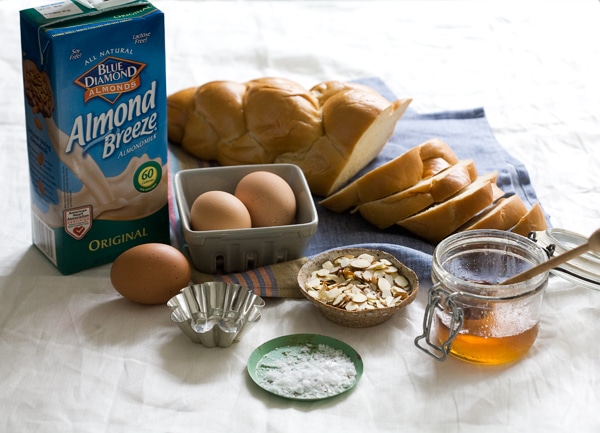 Amelia was not to be left behind. She was right there. The trembling stopped and I immediately started doing this weird cry/laugh thing I always seem to do when I’m embarrassed/scared/confused.

Josh explained his fear about the small animal in our bed and I just started laughing hysterically. I couldn’t stop.

There are only a few things that can calm my panicked-self. French toast is one of them. 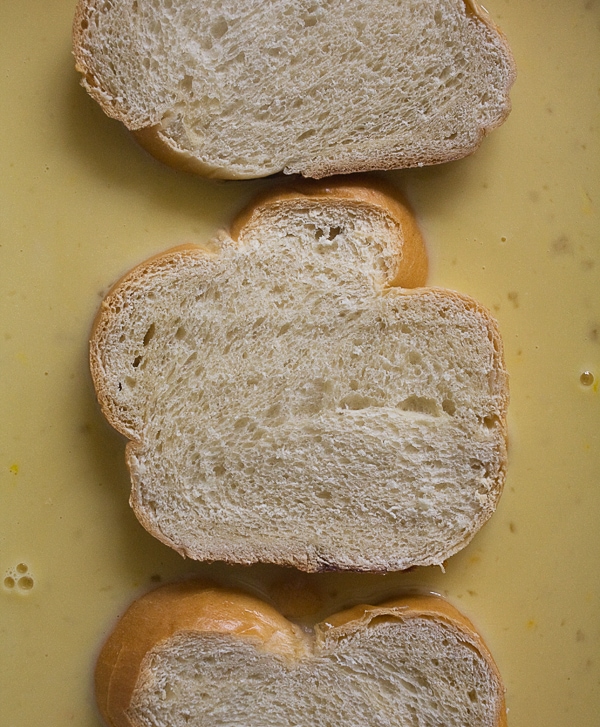 This recipe marks the first of six recipes of a collaboration with Almond Breeze. I’ve been drinking this stuff for forever; and couldn’t be more excited to use it in so much more than just my morning cereal. Think almond custards, other baked goods and even savory dishes.

But first, Toasted Almond French Toast! The challah is soaked in a delicious combo of almond milk, honey, eggs and almond extract. The challah bread is dipped in almond slices and then pan-fried until the almonds are toasty and the edges are lightly golden brown.

The flavor is rich, satisfying, with a pleasant almond flavor and a bit of crunch for texture.

This is what brunch dreams are made of! 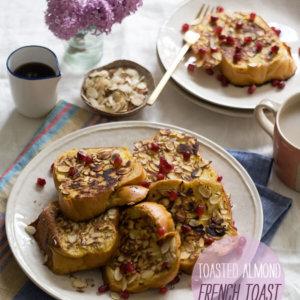 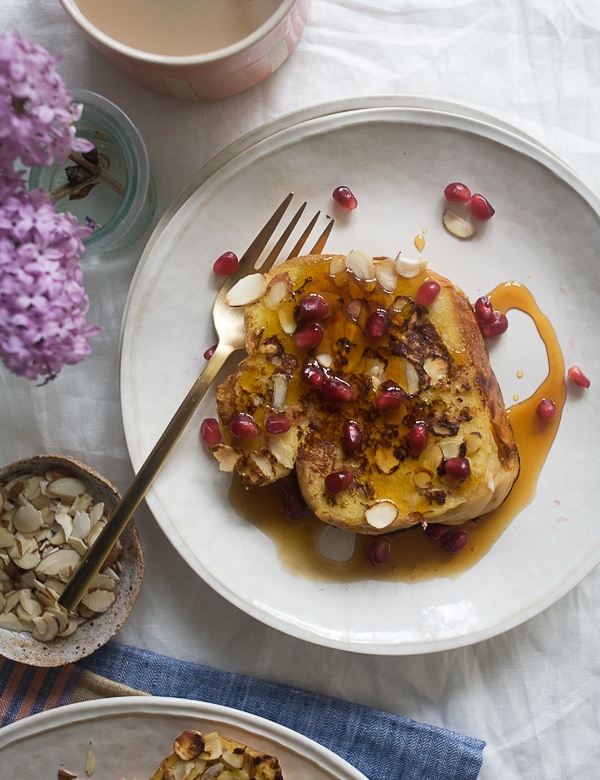 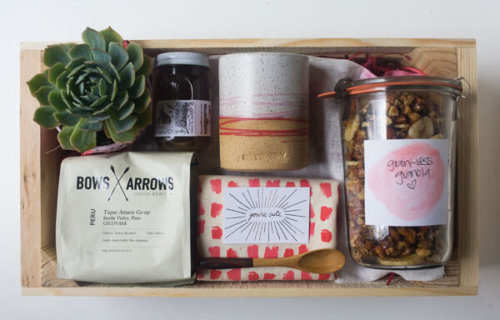 Breakfast In a Box: A Mother’s Day Idea 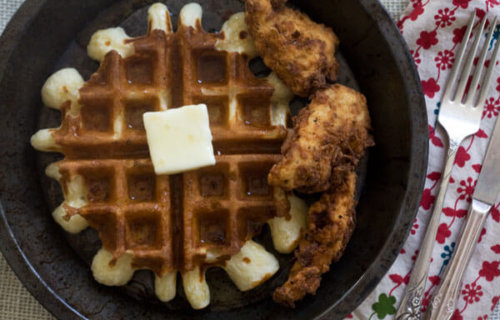 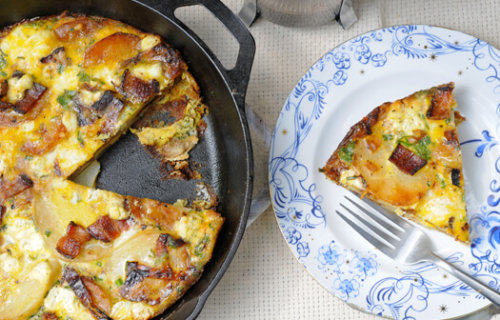