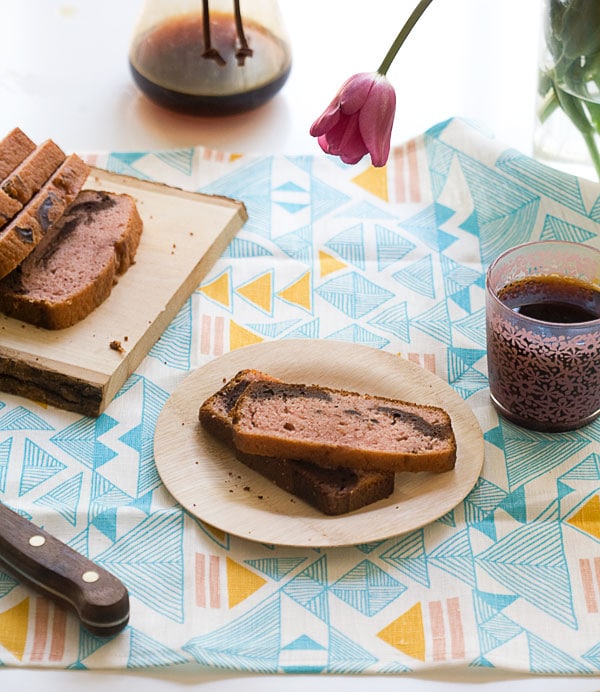 I’ve only recently become a weird morning person. I used to seriously turn off my alarm and then sleep the most anxious-ridden extra 15 minutes ever, knowing very well that I had to get up a few minutes later. Not a pleasant sleep but I’d still do it! WHY? So dumb. But now I set no alarm, and every single morning I miraculously wake up a little bit after 7am. (It also helps that I have a little beast of an animal I live with who whimpers at my face until my eyes finally open. So, I guess I do have an alarm clock, just not a traditional one.)

In college I had late night film classes and super early morning classes, which meant I was an awful person to be around before 10am. The one thing that would get me through the drudge of early morning stuff was the local coffee shop which had terrible coffee BUT an awesome marble loaf. It was seriously the only thing that kept me from sleeping through the first day’s class.