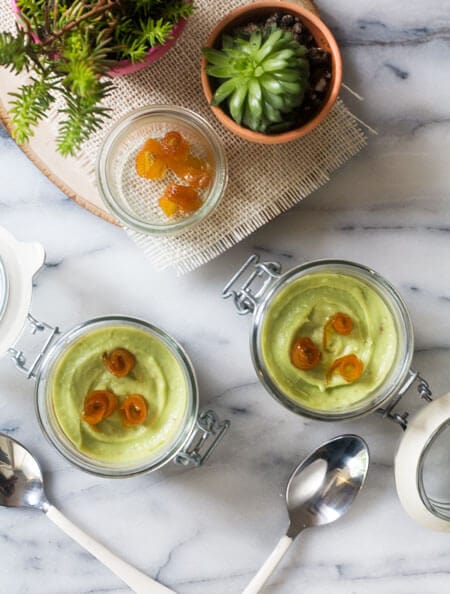 So, yesss, I had avocado plans, but…oh, I dunno, the night before the party, I realized that the avocados were still hard as a rock. Like, no softness AT ALL. I googled avocado-ripeneing tricks (and yes they exist) and tried one. I put all of the avocados in a big paper bag with an over-ripened, ugly brown banana. The bananas have a chemical called ethylene, which is a hormone that triggers ripening in mature fruit. Food science, I like you! Well, it sounded like it would’ve worked but I think my avocados weren’t mature; they were immature, so nothing. Still hard.

That meant I was left with a crazy amount of avocados that became ripe days later. My brain froze. All I could go to was avocado pie and guacamole so I took to the world of Facebook and all of you assisted me quite nicely. Many of you commented about avocado mousse. I was intrigued. I did some research. I tested a few times and boom! Here we are. 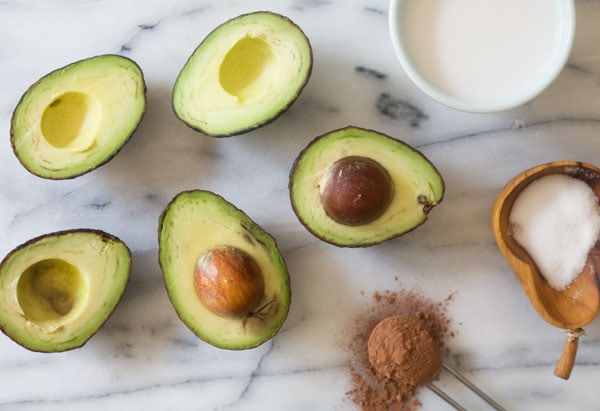 Ok. So. I think we should talk about the mousse because it really can’t be simpler but you must promise me a few things.

You must promise to me that you’ll use either honey, agave or powdered sugar. Regular sugar will be grainy. And I actually really love the flavor of the agave with the chocolate so I think that works out just lovely.

And secondly, you must promise to me that you’ll include the ground cardamom. It’s just so important. It’s not to be missed.

The cardamom flavor isn’t overwhelming, it’s actually barely detectable, but it works with the chocolate in the nicest ways. And the salt! Oh the salt is important. 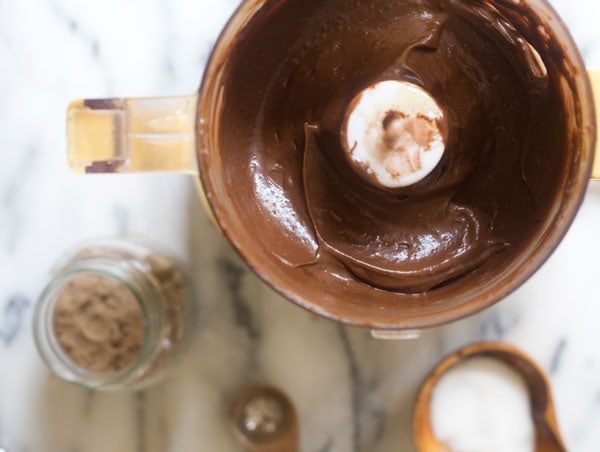