Published Nov 11, 2013Last Updated Dec 22, 2018
Jump to Recipe
Pin RecipeLeave a Comment
In an alternate universe, I have long hippie-flowing hair, I can wear long dresses (I’m so very short) and have the super power to go on walks in the forest and name every single flower I… 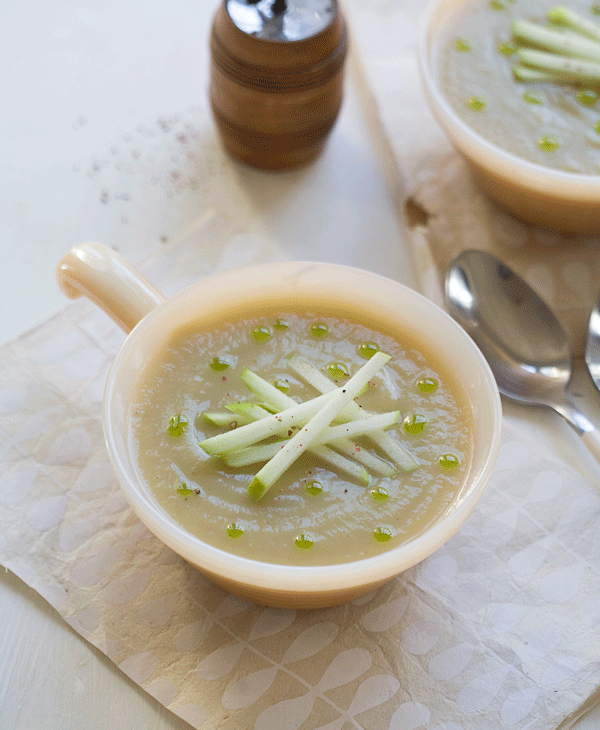 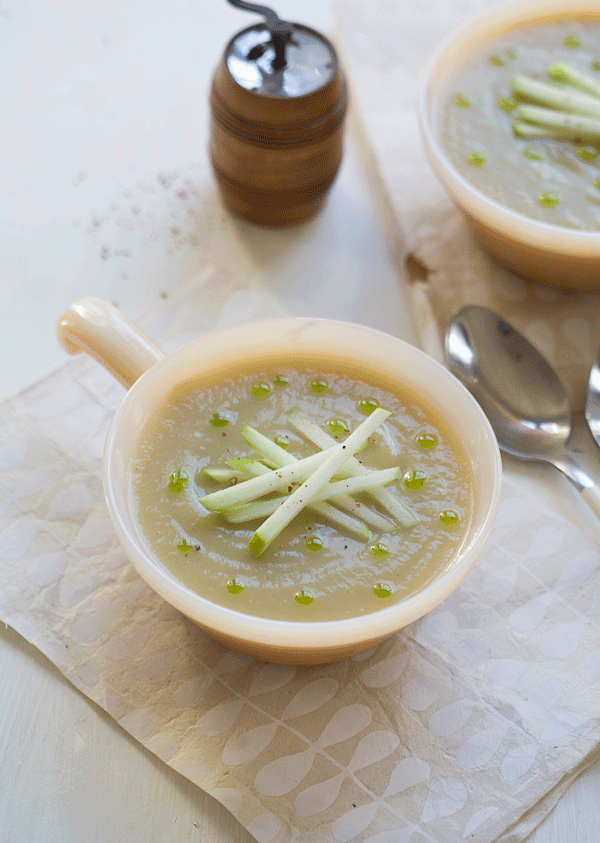 In an alternate universe, I have long hippie-flowing hair, I can wear long dresses (I’m so very short) and have the super power to go on walks in the forest and name every single flower I come across. I can gather a random medley of flowers, take them home and effortlessly arrange them in one of those antique-y looking vases. In this alternate universe where I’m a flower-whisperer, I’m guessing I probably HATE sunflowers. (I feel like most florists whom I’ve met do.) I’m a flower snob, guys.

In my non-alternate universe, I kinda like sunflowers. They’re definitely not my go-to flower at the market, but I like them in fall. They’re so warm and cheery and harmless. I will admit, they’re definitely homely, but I think that’s part of their charm. For the longest time I had no idea what that sunchokes were related to sunflowers. Honestly, for a long time I had no idea what the hell a sunchoke actually was. I thought it was an artichoke. I dunno. When I found out the two were related it all made sense. Sunchokes do sort of taste like nutty, the way a sunflower seed tastes. You can eat them raw, shaved in salads or pan sautéed and thrown in a hash with an egg, but I love them in soups. They make the creamiest, silkiest of soups. 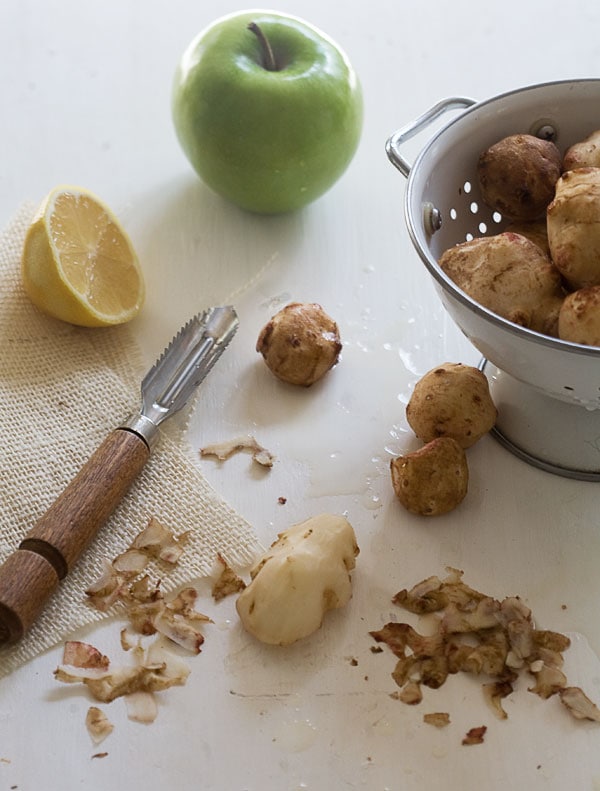 This soup is my first Thanksgiving recipe I’m hurling at you! It’s the first of many. I love making a soup for Thanksgiving; mainly because it’s so easy to make ahead. Make it the day before! Then just reheat before serving. It makes things super easy. 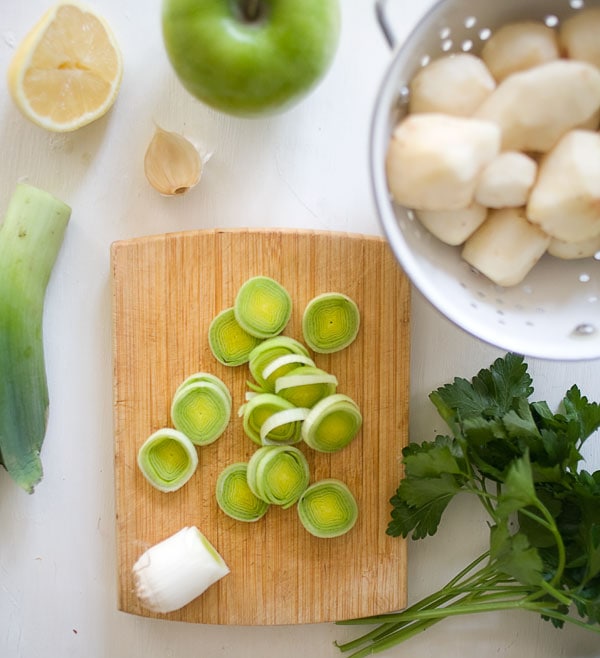 I love the light onion-y flavor from the leek, and the addition of tart apple is so welcomed and awesome. This soup can easily be vegan if veggie broth is used in place of the chicken stock,

This soup is simple in its preparation; same ol’ same ol’: cook stuff in broth, transfer to blender to get all smooth, transfer back to pot to warm. But it’s flavor, I assure you, is so special.

My favorite part of this entire soup might be the addition of raw apple on top and the freshness the Italian parsley oil adds. I sometimes skip the extra garnishes that people suggest, but please use these! They’re so great. 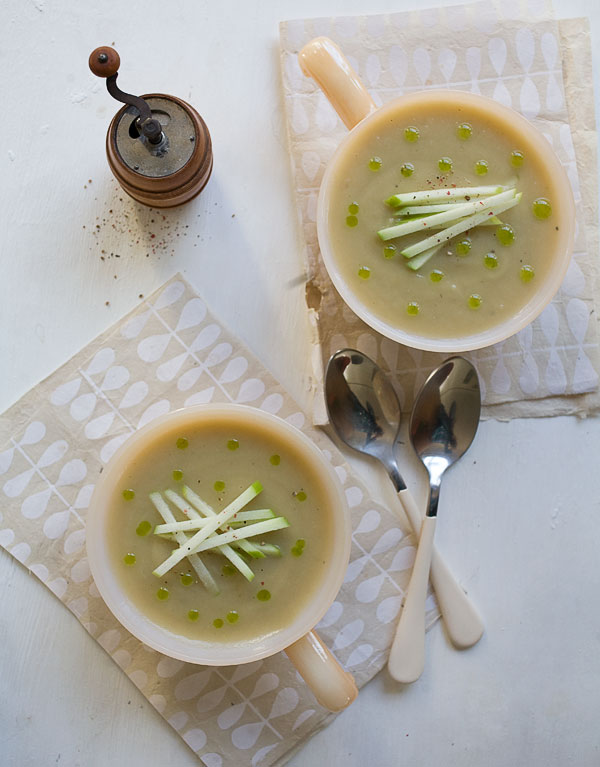 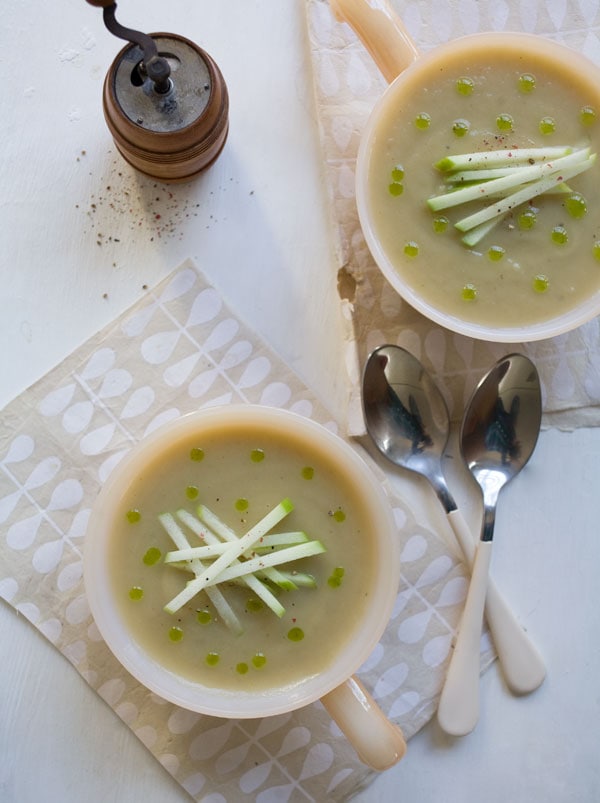