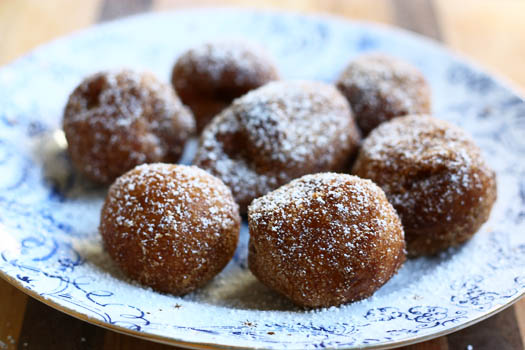 Let’s do some food math.

In the above picture there are seven pretty banana fritters. Below are two bananas, sliced into eleven pieces.

Eleven minus seven equals four. Now you know how many banana fritters I stuffed in my mouth before I forced myself to stop.

I had to a get a decent picture. When I loaded the pictures onto my computer I noticed that I only took three photos of the final fritters. THREE! I was so psyched about them that I didn’t even have the patience to take photos.

All this just means that you must make them and forgive me for the sorta out of focus shot above. I had fritters to eat. 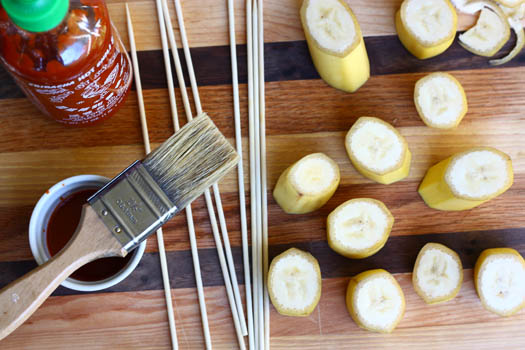 These Spicy Banana Fritters are as easy as pie. Also, side note: who came up with that lame phrase. Because anyone who’s made a pie knows it’s not easy. Moving on…

All you need is a few bananas. Since I have little self control (see above) I decided to slice up two bananas instead of the recommended four. I knew I couldn’t be trusted. I knew that I’d have a lot of batter left, but I figured it would outweigh the shame and guilt I would’ve felt had I eaten forty banana fritters. That would’ve totally happened.

I sliced up the bananas and then peeled them. I stuck some squewers in ’em, dull side in. If you put the pointy part in then the banana will fall off the screwer. Total fact. 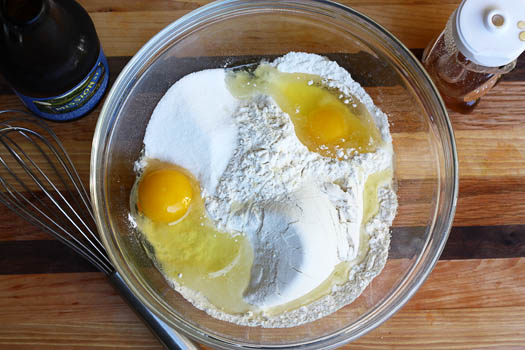 I then made the batter, which consisted of flour mixture, some honey and a whole lot of pale ale! Yum.

In this case, you want a strong pale ale. You want that hoppiness to come through in the batter. Don’t worry, it tastes lovely. 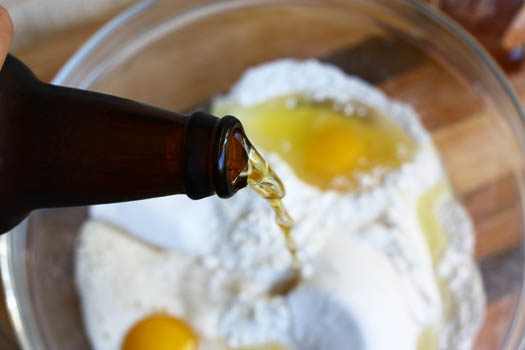 Then brush your banana slices with a little bit of chili paste. I used Sriracha. I put Sriracha on everything, though this was the first time I ever tried it on a banana. I thought it was a little weird, not gonna lie.

Secret! After I ate those first four fritters, I decided that I wanted them more spicy, so I brushed on some extra Sriracha before I dunked them in the batter. If you’re like me and love spicy, I’d recommend doing that too. 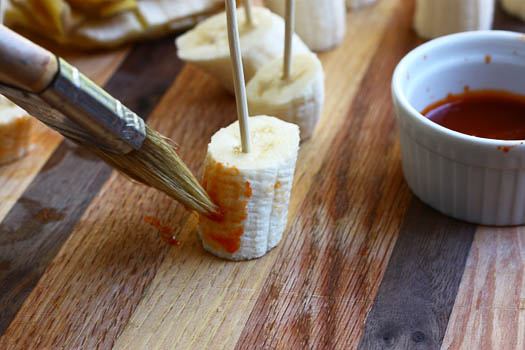 I then fried them up in some hot oil and took them out after a few minute, when they were a pretty golden brown. I drained them for a bit on a paper towel and them moved them to a bowl of cinnamon and sugar.

They rolled around in it for a few seconds. They had a good time. 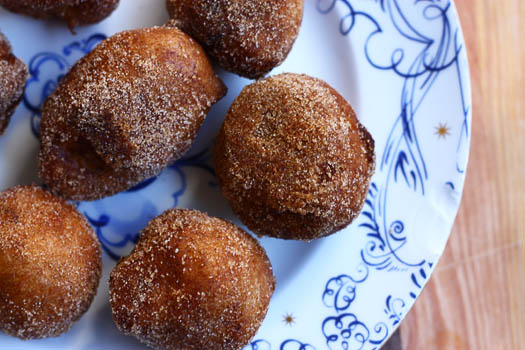 I dusted them with some powdered sugar and then proceeded to eat all seven of them. Which left zero.

I’ve read a lot of banana fritter recipes and most of them recommend overly ripe bananas. I disagree, wholeheartedly. I used bananas that were just ripe and loved that they were a little firm. I have this fear that if you use super brown bananas, the fritters will just be a big ole’ soggy mess.

Mix all of the batter ingredients until thoroughly incorporated. Don’t overmix. Treat it like pancake mix; it should have lumps.

Heat your oil. (Note: I don’t have a candy thermometer since

Brush banana medallions with a little bit of Sriracha chili paste; then spear medallions on skewers and dip in batter to coat. Dunk the coated medallions in the hot oil and fry for about 1 minute, or until the fritters become puffy and golden brown. Transfer fritters to a paper-towel-lined tray and sprinkle them while hot with cinnamon and sugar mixture. To finish, put a dollop of chili paste on a plate and place fritters on top (I liked it without the extra chili paste on the plate). Sprinkle with powdered sugar and enjoy! 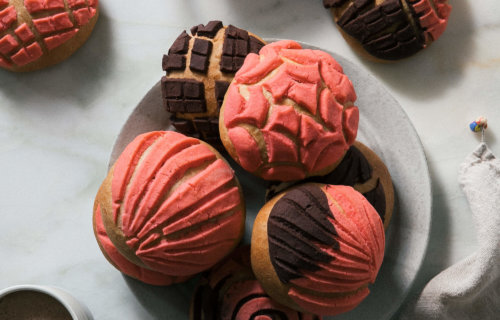 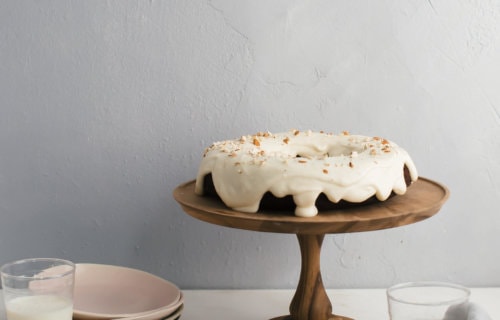 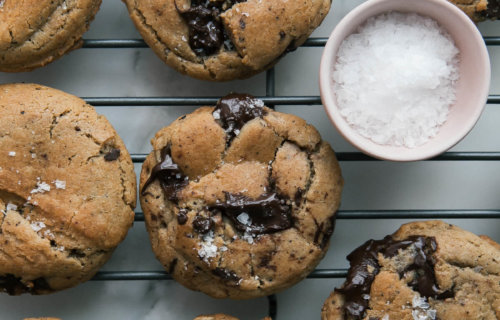