5 from 4 votes
Published Jun 15, 2015Last Updated Dec 22, 2018
Jump to Recipe
Pin RecipeLeave a Comment
You know that part in Clueless when Cher turns to Ty and says, “Elton said you gave him a toothache.” And Ty was like, “What’s dat?!” And Cher was like, “It means he thinks you’re sweet,… 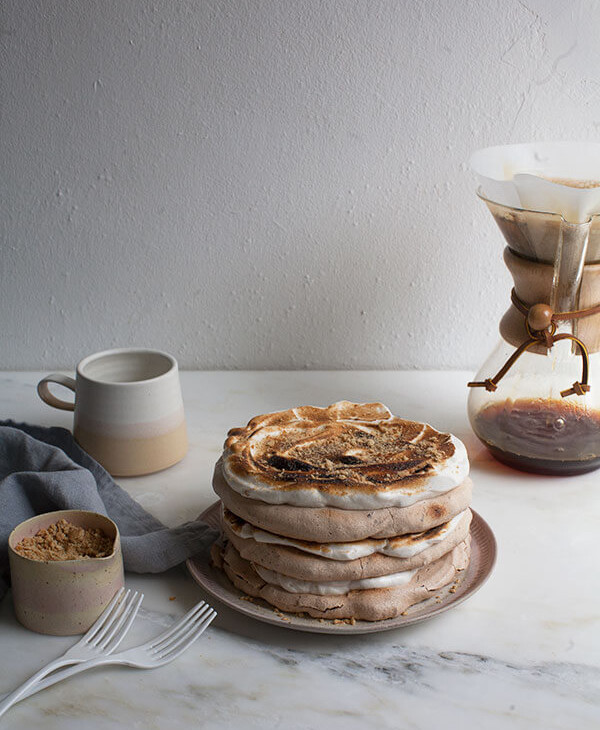 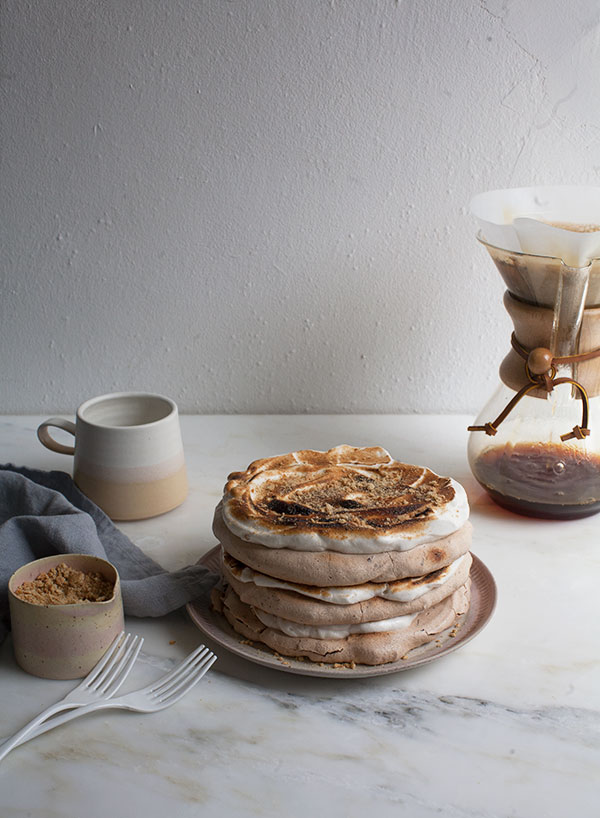 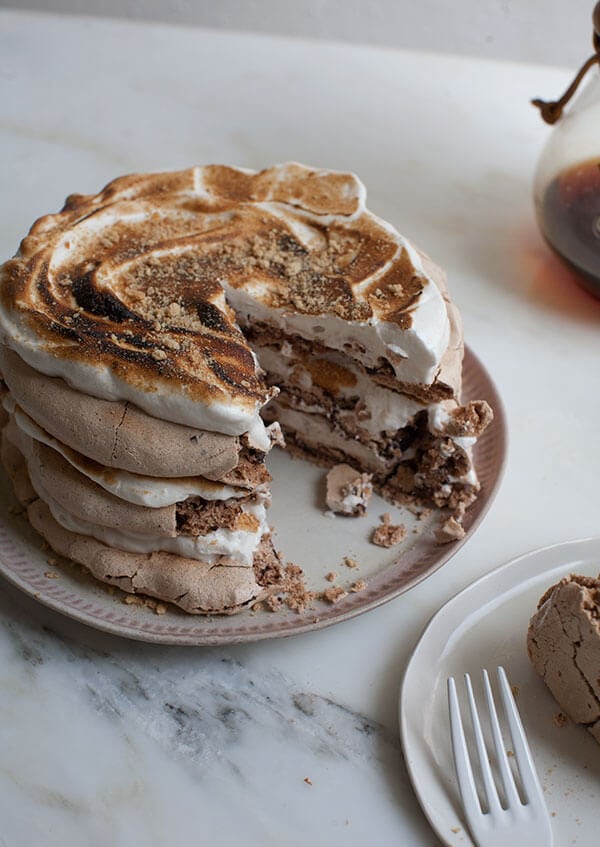 You know that part in Clueless when Cher turns to Ty and says, “Elton said you gave him a toothache.” And Ty was like, “What’s dat?!” And Cher was like, “It means he thinks you’re sweet, stupid.”

This S’mores Pavlova will give you a toothache, in a good way. It oozes summer fun. It shines bright just like a diamond. And it’s screaming to be made and taken and bragged about at a BBQ.

I feel like this recipe is a lil’ ratchet. It’s definitely not the most classy recipe I’ve posted in my life, but it sure is fun.

The pavlova is chocolate-y by way of sifted cocoa powder and folded in bits of dark chocolate. The 7-minute frosting acts like a marshmallow and gets all toasty when a flame kisses it. (You can also do this in the broiler.) 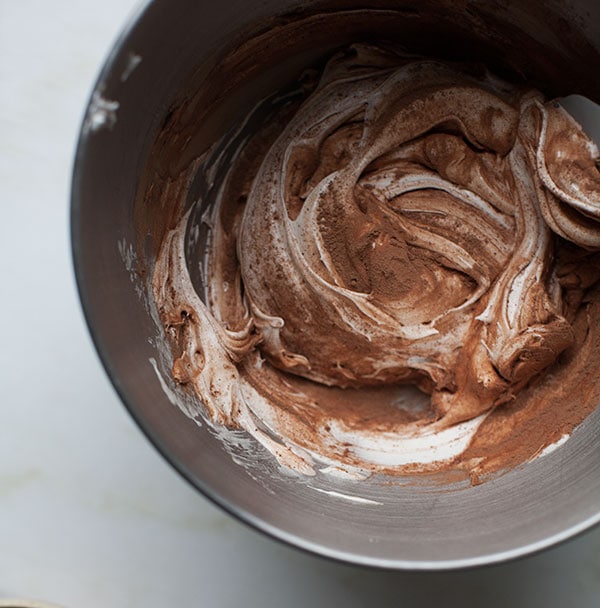 The crushed graham cracker is sprinkled on every. single. layer. My favorite part about this recipe is the chocolate-y pavlova. It’s not crisp and dry throughout, which sometimes I want; this one is gooey and fudge-y in the center.

The idea is that it’s supposed to mimic how a piece of Hershey’s chocolate gets when a warm, toasty, burnt marshmallow is placed on top. It’s like that! 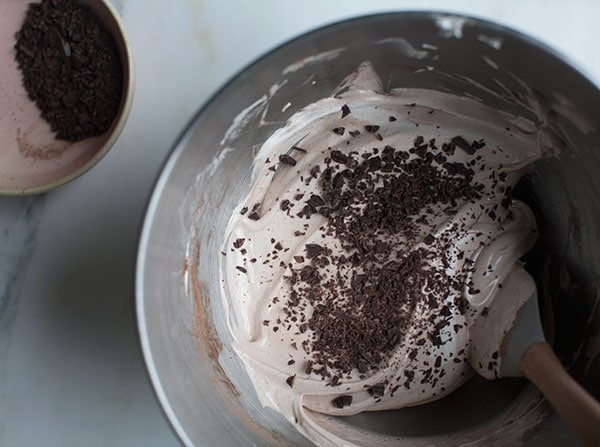 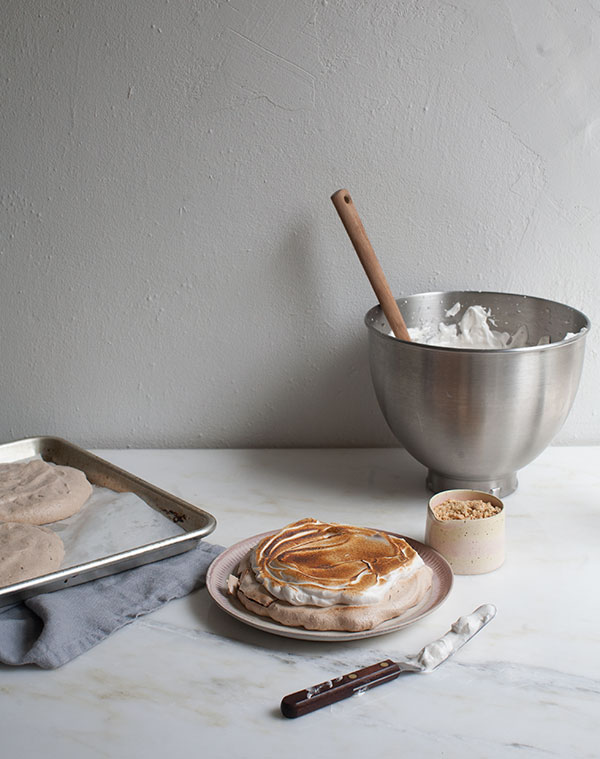 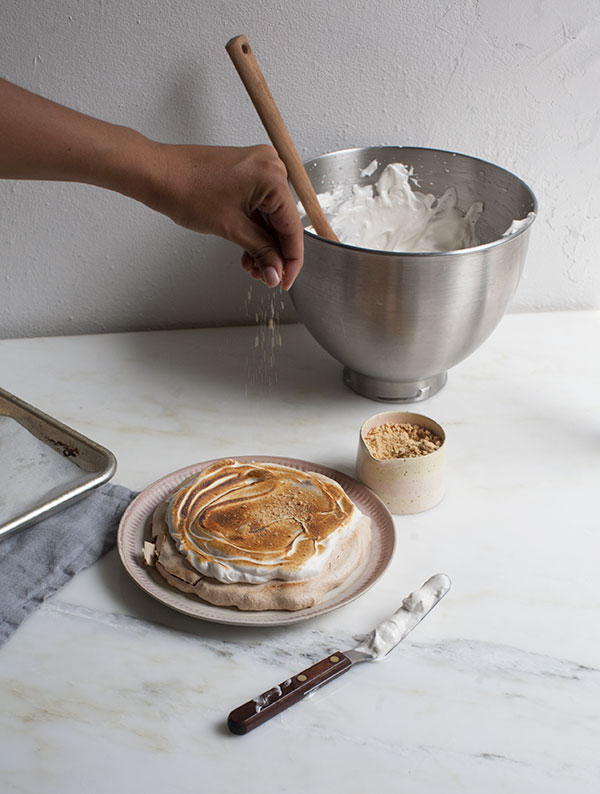 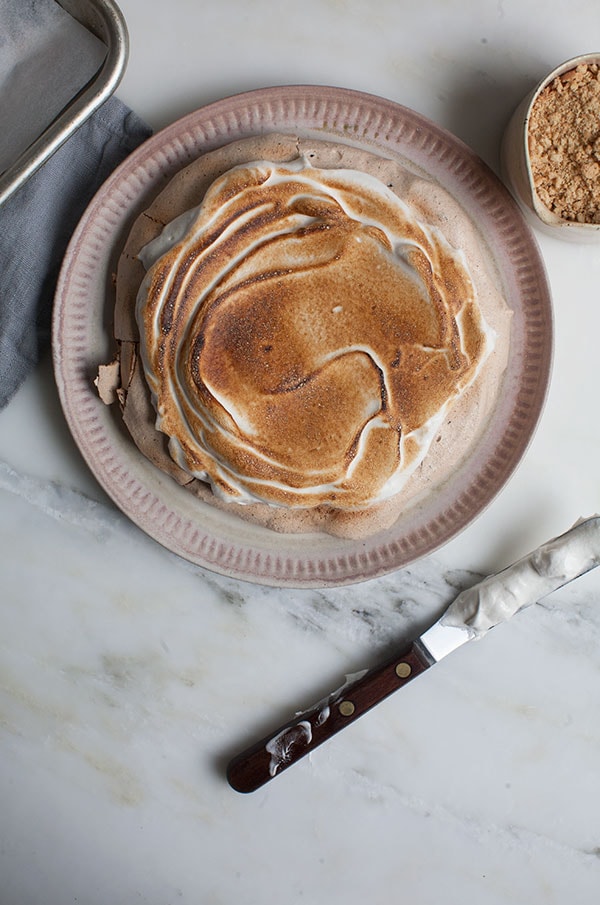 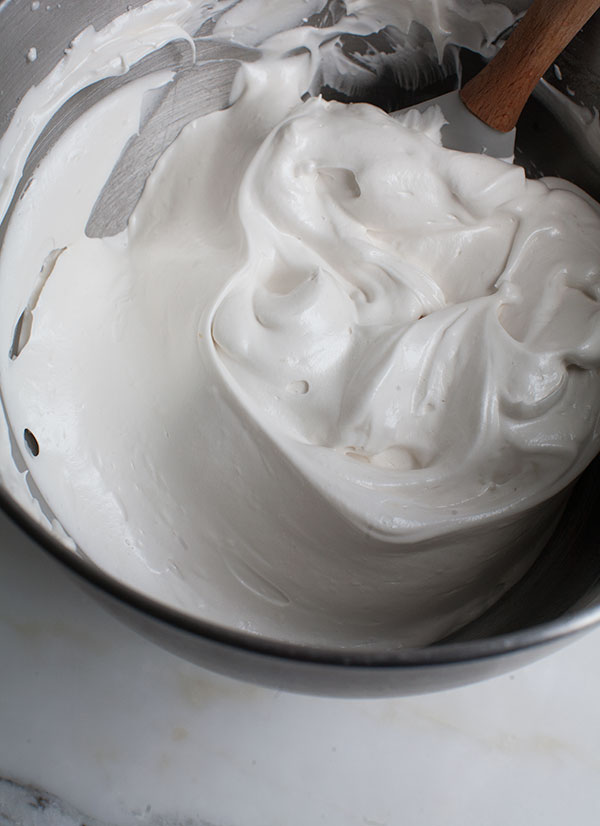 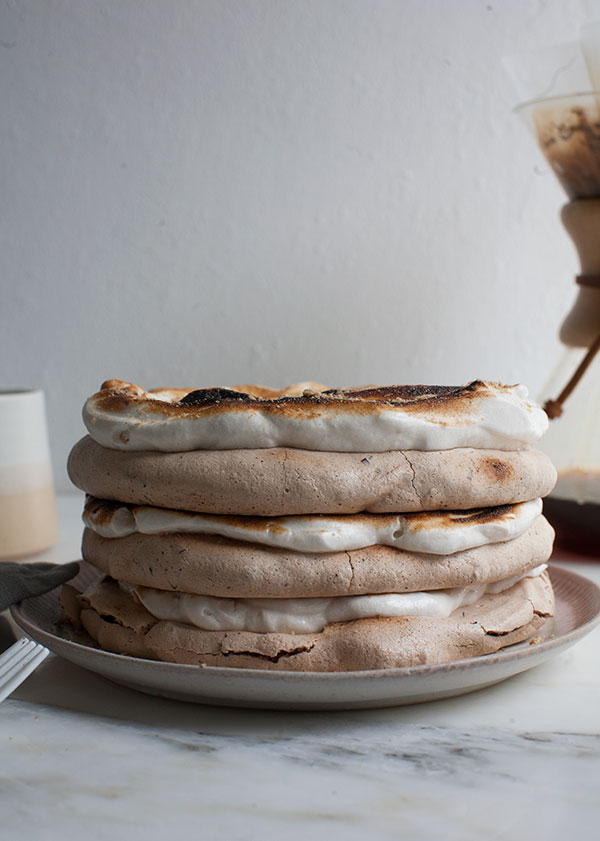 The best news about this whole dang thing is that it can be made ahead.

I left it on the kitchen counter overnight to test it out and it looked and tasted amazing the next day. I advise to put in the fridge just to you know keep it as fresh as possible but I swear it almost tastes better after it’s had time to sit with itself for a bit.

Another bit of good news: this is really simple. The pavlova maybe takes 10 minutes to throw together. The frosting isn’t too much of a pain either. 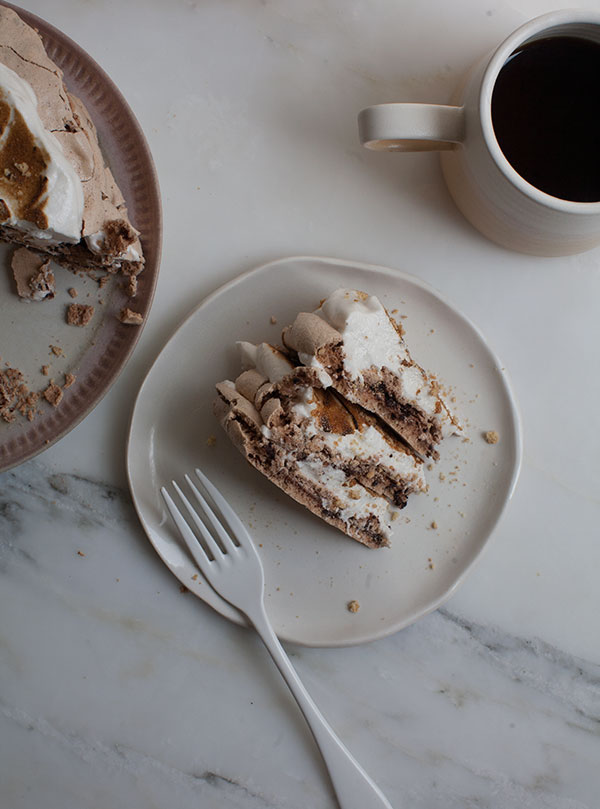