Published Sep 24, 2009Last Updated Jul 01, 2014
Leave a Comment
Everyone has a word that grosses them out, and most of the time that word doesn’t necessarily insinuate anything gross. For instance, a friend of mine is repulsed by the word “moist”, which is weird because…
Leave a Rating
Published Sep 24, 2009Last Updated Jul 01, 2014 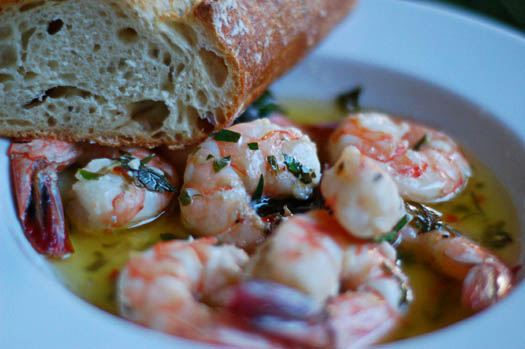 Everyone has a word that grosses them out, and most of the time that word doesn’t necessarily insinuate anything gross. For instance, a friend of mine is repulsed by the word “moist”, which is weird because moist, to most, is a good thing. I mean, give me a moist piece of chocolate cake any day. But I get it–we as humans are weird like that. Wanna know my word? Scampi. I know, I know–it doesn’t make any sense. There’s no logic to it. I mean, what do I have against “scampi”? Honestly, I can’t really tell you except that the word is unappealing to me. I can’t tell you the last time I had Shrimp Scampi and it’s all because its name–it is so not fair. Poor Mr. Shrimp Scampi. So when I was thumbing through the pages of this month’s issue of Food & Wine, it definitely wasn’t the name of this dish that drew me in, instead it was its butter sauce speckled with parsley and red pepper flakes and tons of garlic. Oh, and the awesome promise of its accompaniment being a crisp, cold glass of chardonnay. 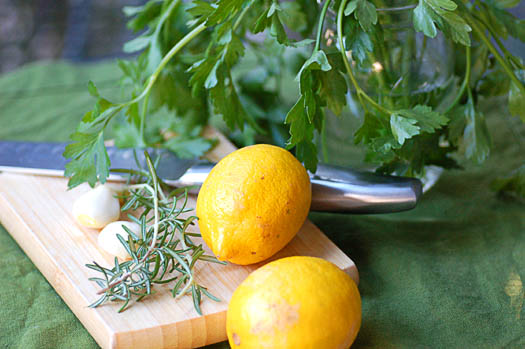 So after a night of bingeing at Animal, which is now officially my most favorite restaurant in LA, I was in the mood for something light, refreshing, but still wholesome. What should I cook? Ahhhha! That shrimp…dish. After I decided that I wouldn’t call it by its name, I started on the dish. This definitely isn’t something that makes you feel very “chef-like”. It’s way simple; something literally anyone could do. I got some shrimp, made the butter with a few ingredients, put it all in a dish and stuck it in the oven for 10 minutes. And when it was done, I plopped it in a bowl and served it with a fresh piece of french bread. It’s humility, meets simplicity and it equals pure endearment. And the best part:  I had leftover butter and leftover shrimp so the next night I did the same exact thing and 15 minutes later I had dinner. This is a perfect example of how you should never judge a book by it’s cover/name. 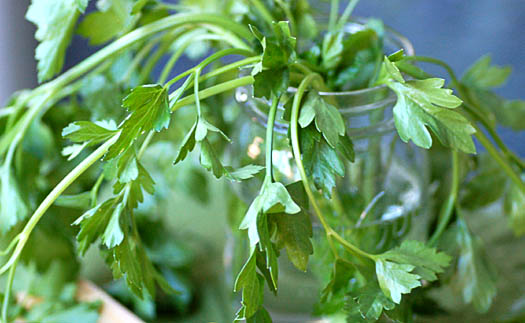 Preheat the oven to 450°. In a medium bowl, mix the butter with the garlic, 2 teaspoons of the parsley, the lemon zest, lemon juice and rosemary and season with salt and pepper. 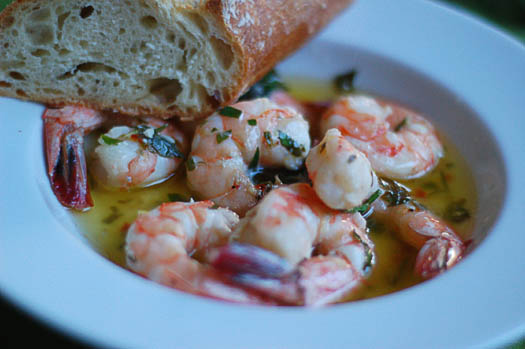