5 from 2 votes
Published Jun 10, 2013Last Updated Dec 22, 2018
Jump to Recipe
Pin RecipeLeave a Comment
You guys, Ice Cream Week is here, in full effect, on A Cozy Kitchen. And I’m excited! Who’s with me?! Every day this week I’ll be throwing a new ice cream recipe your way. Maybe there’ll… 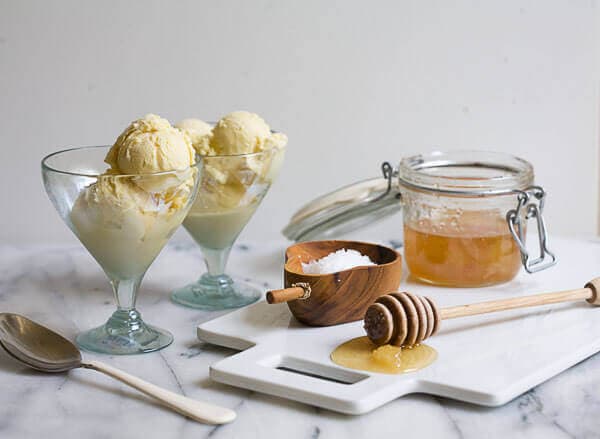 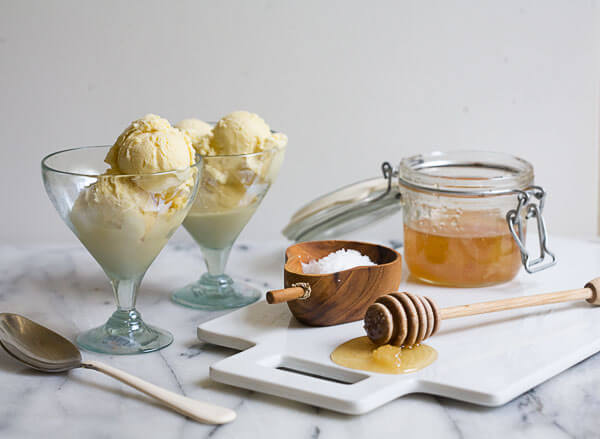 You guys, Ice Cream Week is here, in full effect, on A Cozy Kitchen. And I’m excited! Who’s with me?!

Every day this week I’ll be throwing a new ice cream recipe your way. Maybe there’ll be lots of berries up in ice cream, maybe some malt balls, most likely there’ll be some chocolate and there might even be some waffle cone slingin’, who knows.

Back in January when it was freezing cold (even in LA), all I could dream about was summah-time fun like slip n’ slides, sitting in the sun wearing sunnies (I secretly hate that word), and most of all, ice cream-making. I had this idea of dedicating a whole week to just ice cream. So, here we are…Ice Cream Week! 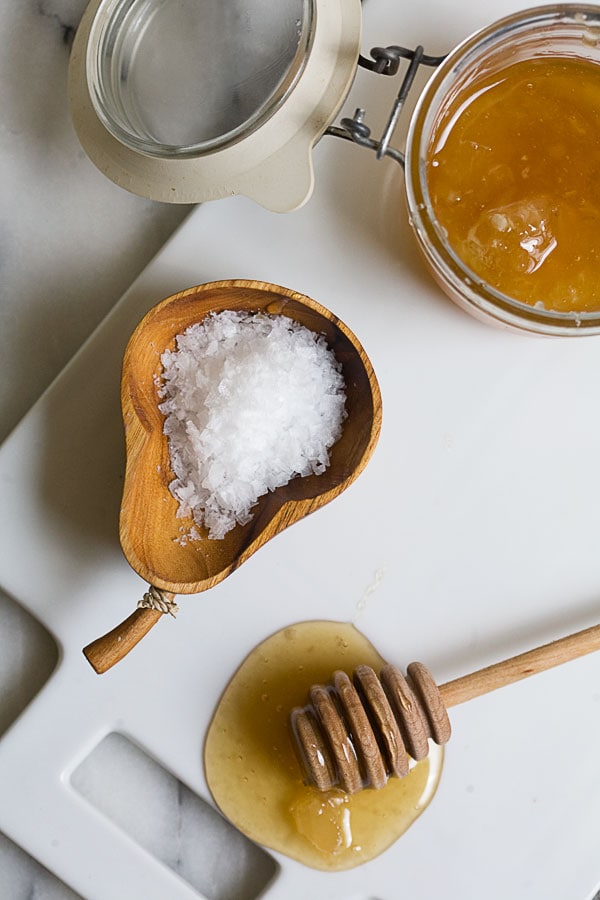 We’re kicking it off with an ice cream I really REALLY like. It was inspired by something I made a few months ago that was the simplest thing ever but so amazing – salty honey butter. 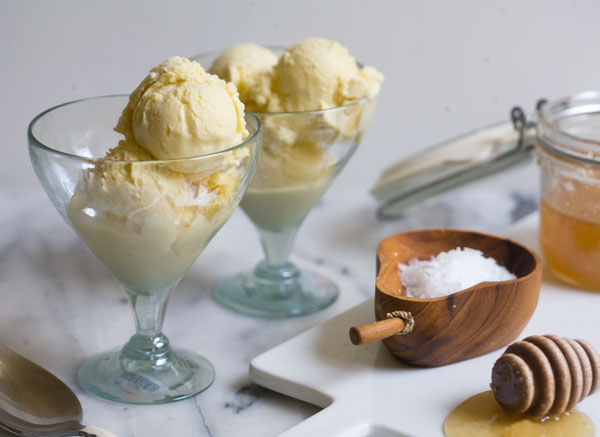 I debated as to whether or not I should post a how-to on making ice cream or if providing my favorite basic recipes for flavors like vanilla, chocolate or strawberry might be helpful, but I decided against it. I wanted to get fun and crazy, and I figure other blogs, other people have already covered that. Buuuut, I will give you a quick run-down of ice cream stuff I like.

I use this Cuisinart Ice Cream Maker.

I like these scoopers. I like these containers. I love this digital read thermometer. I think David gives great tips on making ice cream.

Oh one thing I’m so adamant about is using a digital read thermometer. It takes the guessing part out of ice cream making. And it totally eliminates the whole “I cooked the custard too long and now I have scrambled eggs” part. It’s a breeze, invest in one–you won’t regret it! 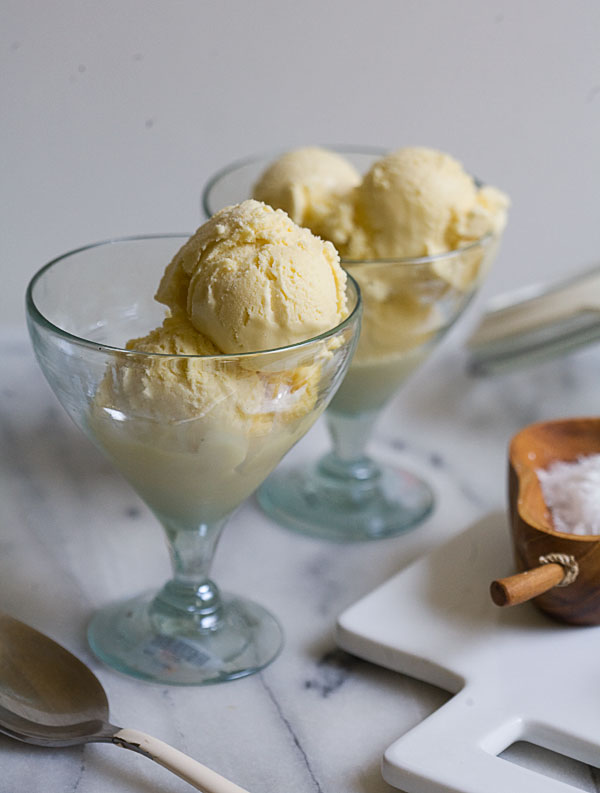 Back to this salty honey situation. It’s basically like salty honey butter but in ice cream form, which sounds strange but I promise is super delicious—it’s sweet, salty and floral. I used clover honey in this recipe, but feel free to replace it with other types of honey like wildflower, sage or orange blossom.

Pretty excited about the rest of the week, guys. I hope you are too. 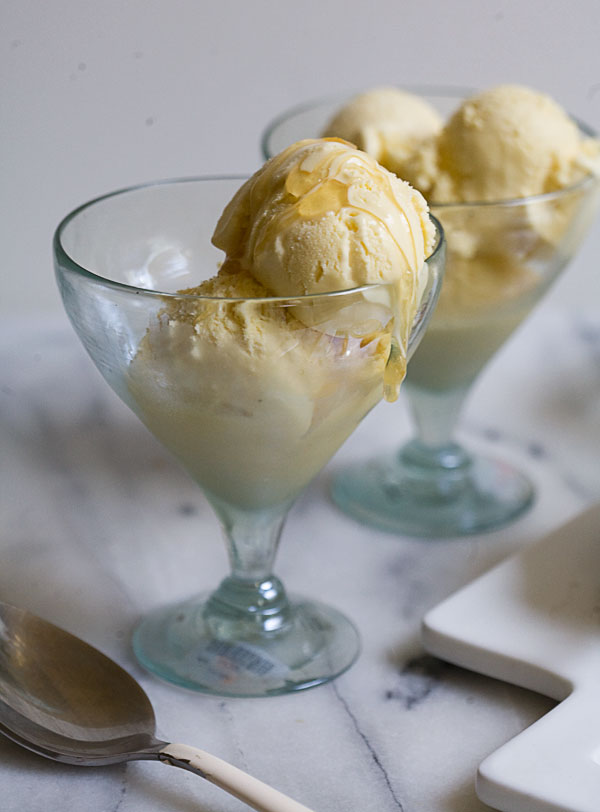