Published May 08, 2013Last Updated Dec 22, 2018
Jump to Recipe
Pin RecipeLeave a Comment
This weekend is dang important. I mean, SUPER important. It’s Mama’s Day! And I know dogs aren’t considered real children (though they are in my house for the time being), but I’ll be celebrating my first… 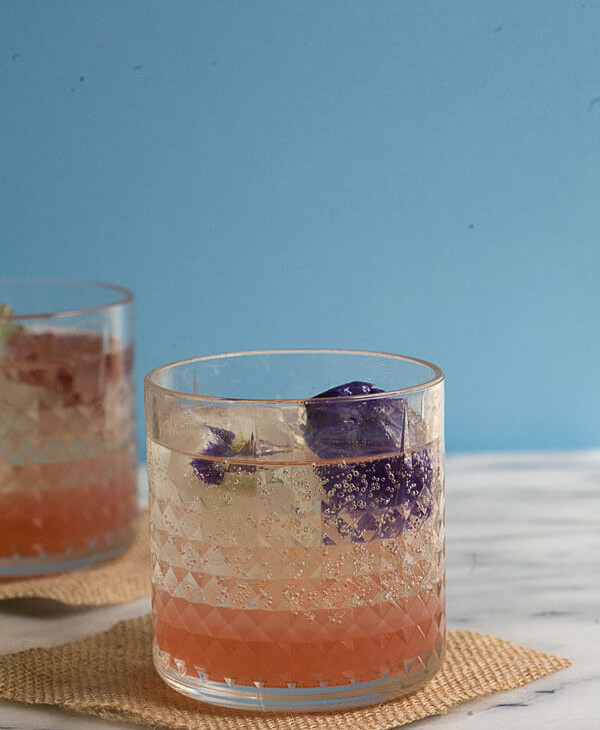 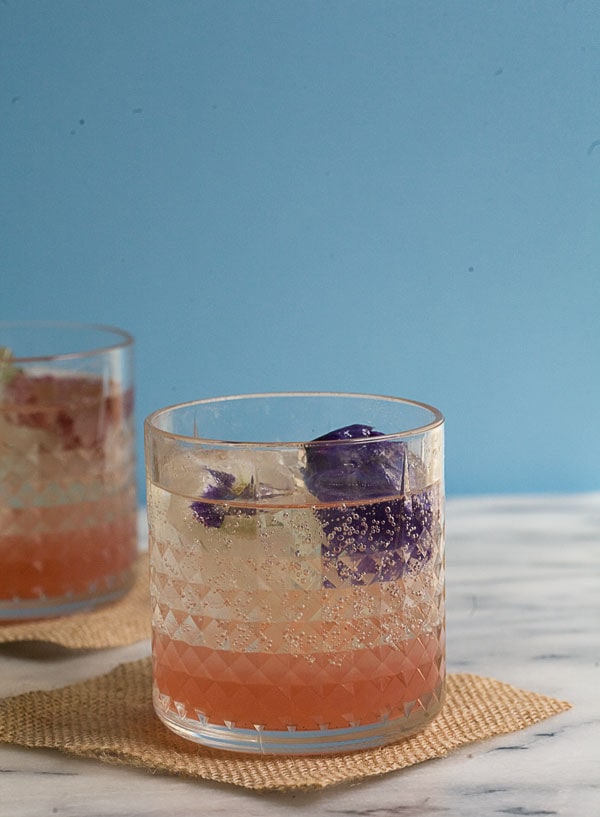 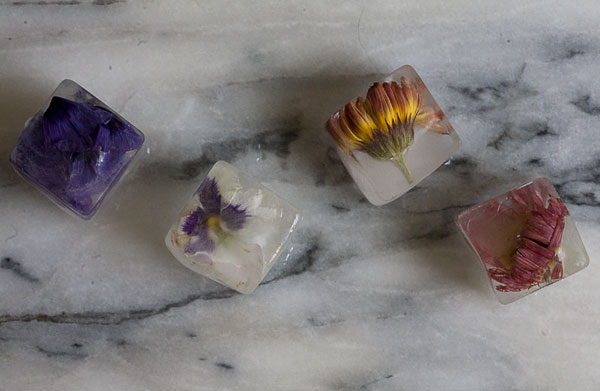 Am I totally fan-girling out on Martha? Maybe. But her people sent my people (a.k.a me, myself and I) an email asking if I was interested in blogging about a recipe. And I was like ok! SURE! Pass the gin! 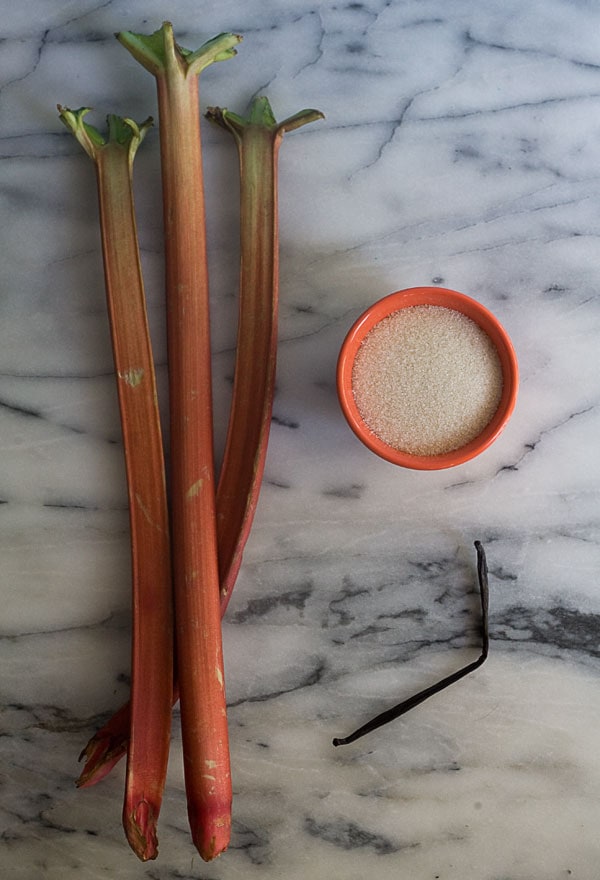 There’s gin, sparkling Prosecco (or Cava) and some lemon juice. You can make the rhubarb syrup the night before and mix everything together right before serving. 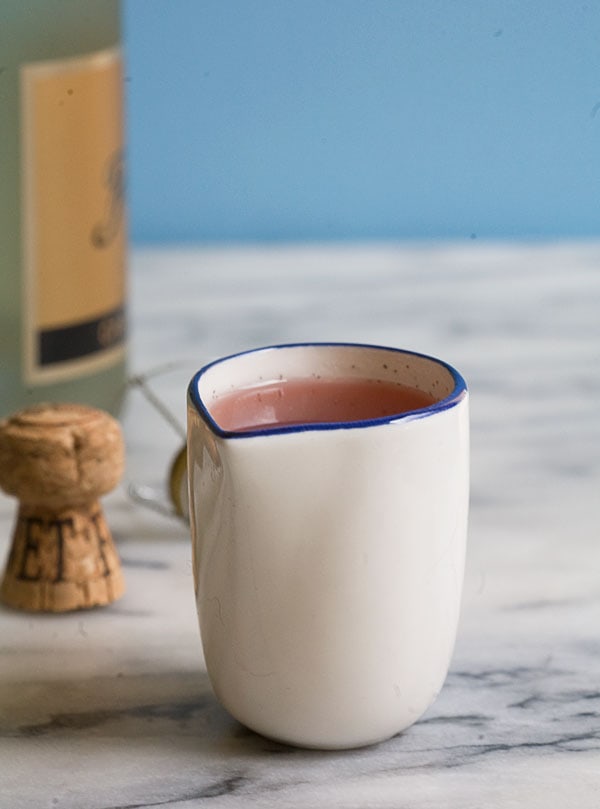 Oh and the ice cube. They came from my brain.

I bought beautiful edible flowers at Whole Foods and made edible flower ice cubes. I think they’re dainty and pretty. Someone on Facebook was like, “Cooooool, those are pretty, but they must taste disgusting!” So I tried them to see if they were right and actually, the edible flowers were pretty tasty. Most of them were sweet and really fragrant. Tasty and cute: the ideal combo around these parts. 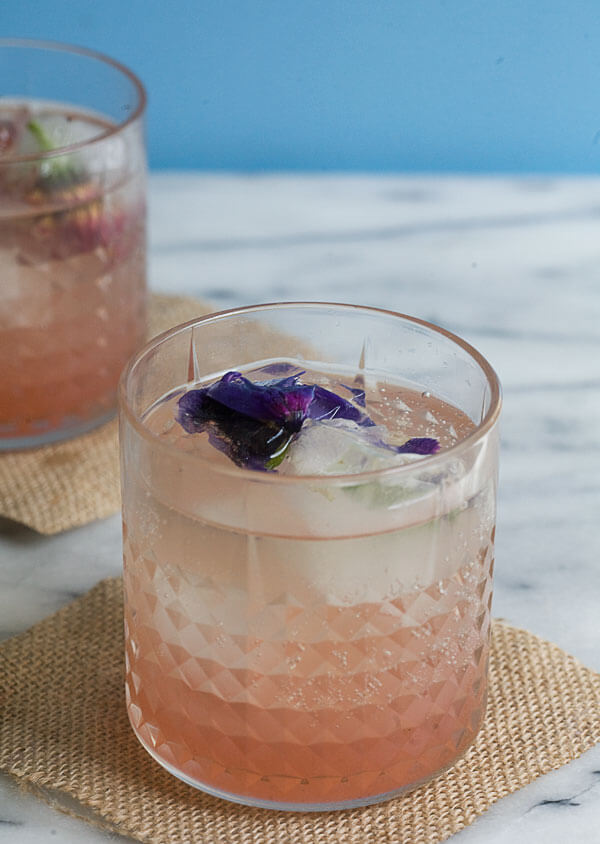