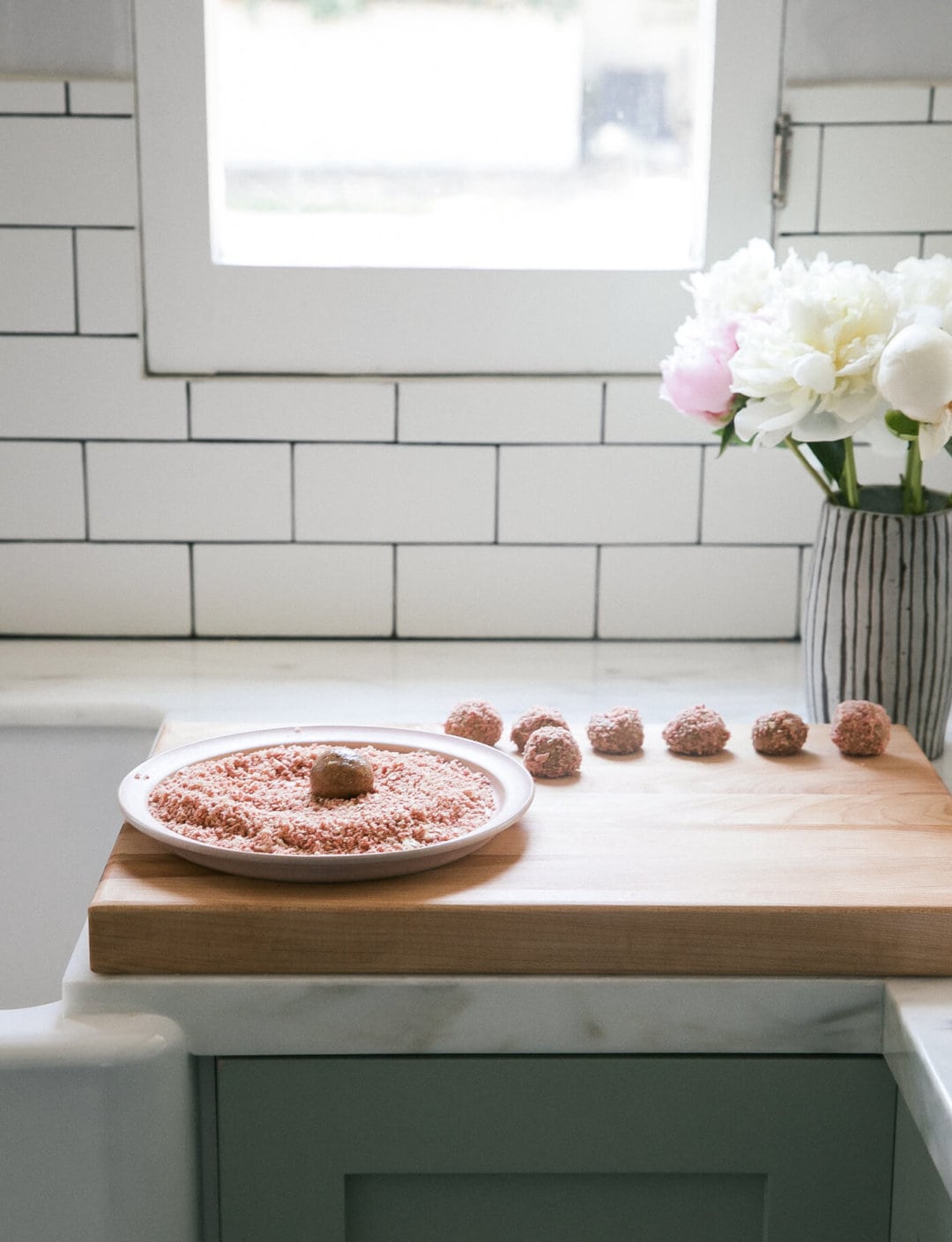 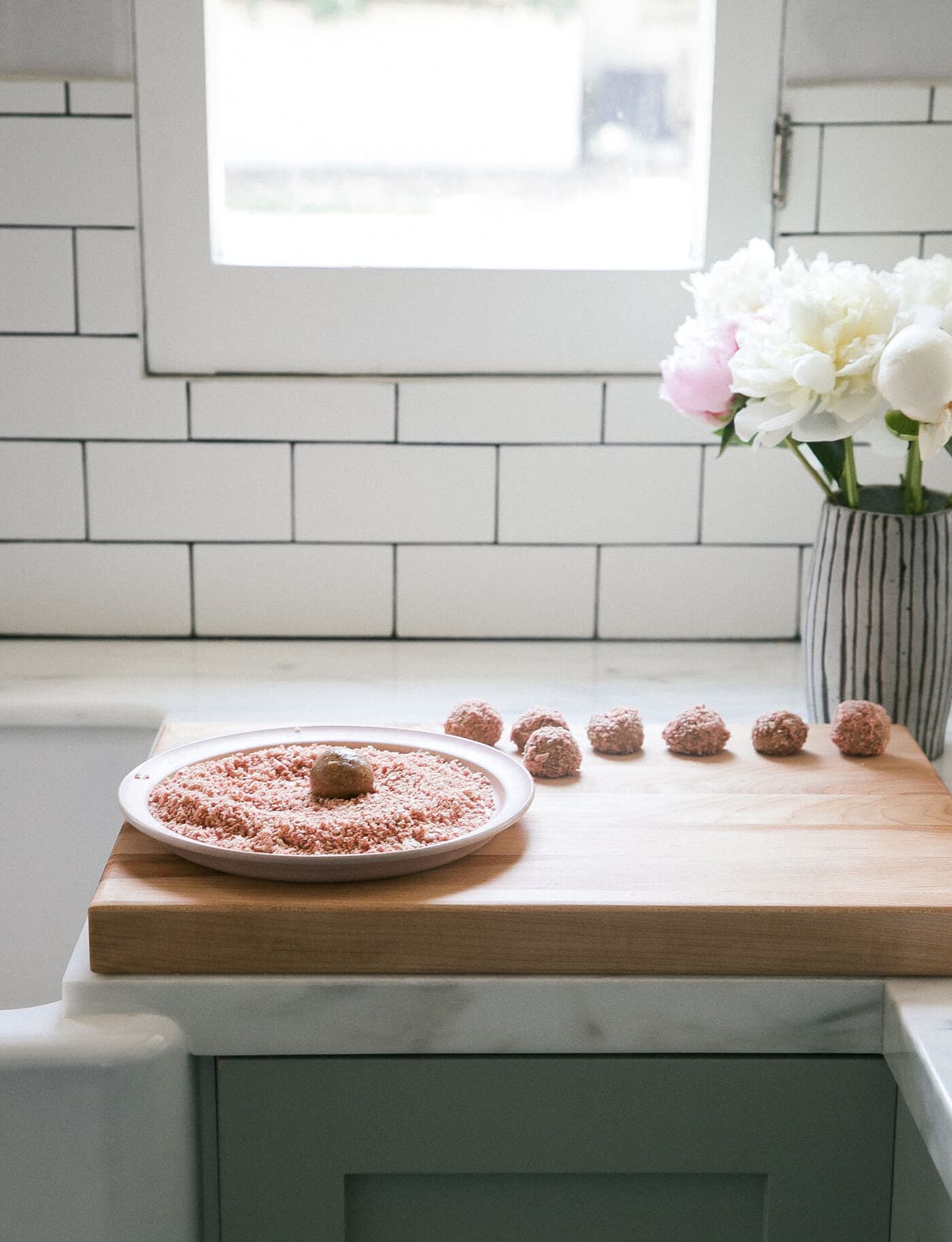 A few weeks ago I took a little trip to South Florida to visit my baby cousin, Isabella. She’s not really a baby anymore; she’s eight. She says the funniest things, is obsessed with the Coco soundtrack (same, honestly) and dreams of becoming a soccer player. I love her so much.

We had the best time going to the beach, doing early bake-to-school shopping (honestly she didn’t enjoy his part),

I had been thinking about something that I could make for her and actually travel with. It’s kind tricky because as much as I wanted to make her a cake that looks like Miguel from Coco, that’s the most practical thing when traveling on a plane and such. I also didn’t want it to be too indulgent; a liiiitle bit on the healthier side is a good thing. Enter: snack balls! 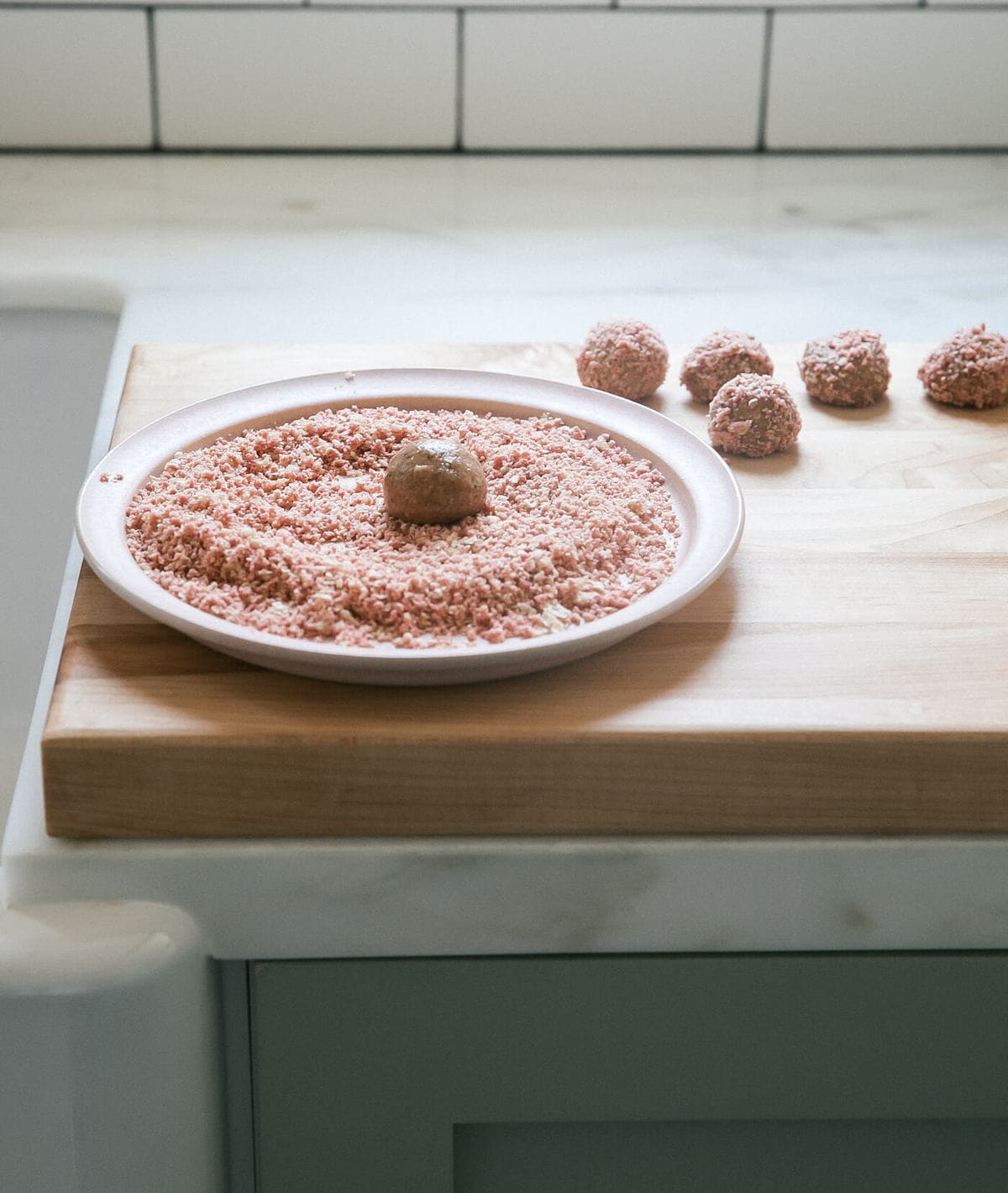 For this post I teamed with up Loacker and their delicious raspberry yoghurt wafer cookies that are so crispy and light. These cookies are perfect on their own with a bit of coffee or tea. But I wanted to incorporate them into a recipe. I blended these up in a food processor, add some almond butter (other types of butters will work, too), honey and rolled oats—that’s it! Super simple to throw together and they taste delicious. Not too sweet or indulgent but sweet enough that kids and everyone will like them. The rolled oats give them a nice texture and the raspberry-yogurt in the cookies add some nice tartness. 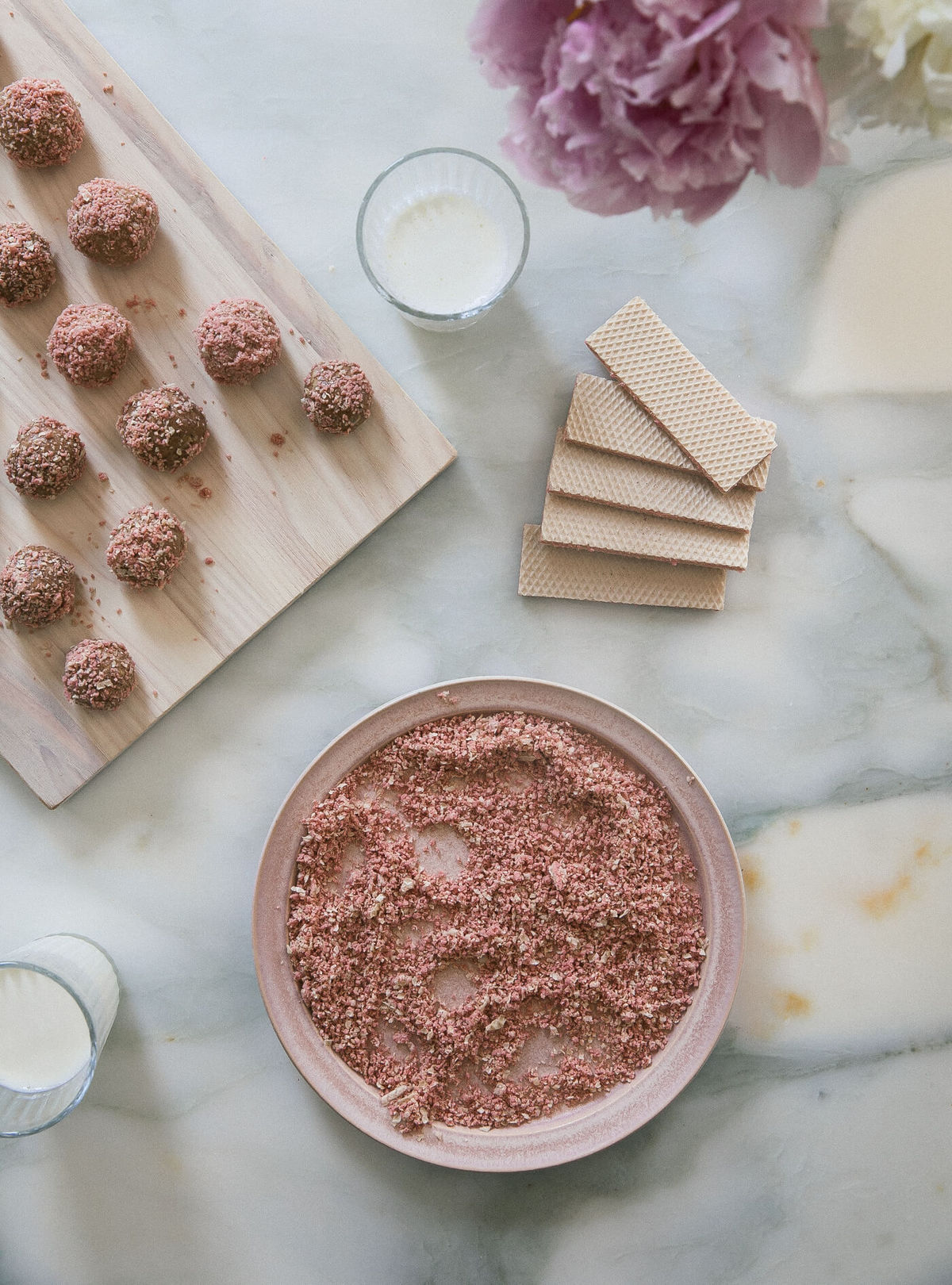 They’re also so easy to make—something that I’m appreciating more and more these days. Every recipe I make I’m aiming for “easy.”

Let me know if you try them! 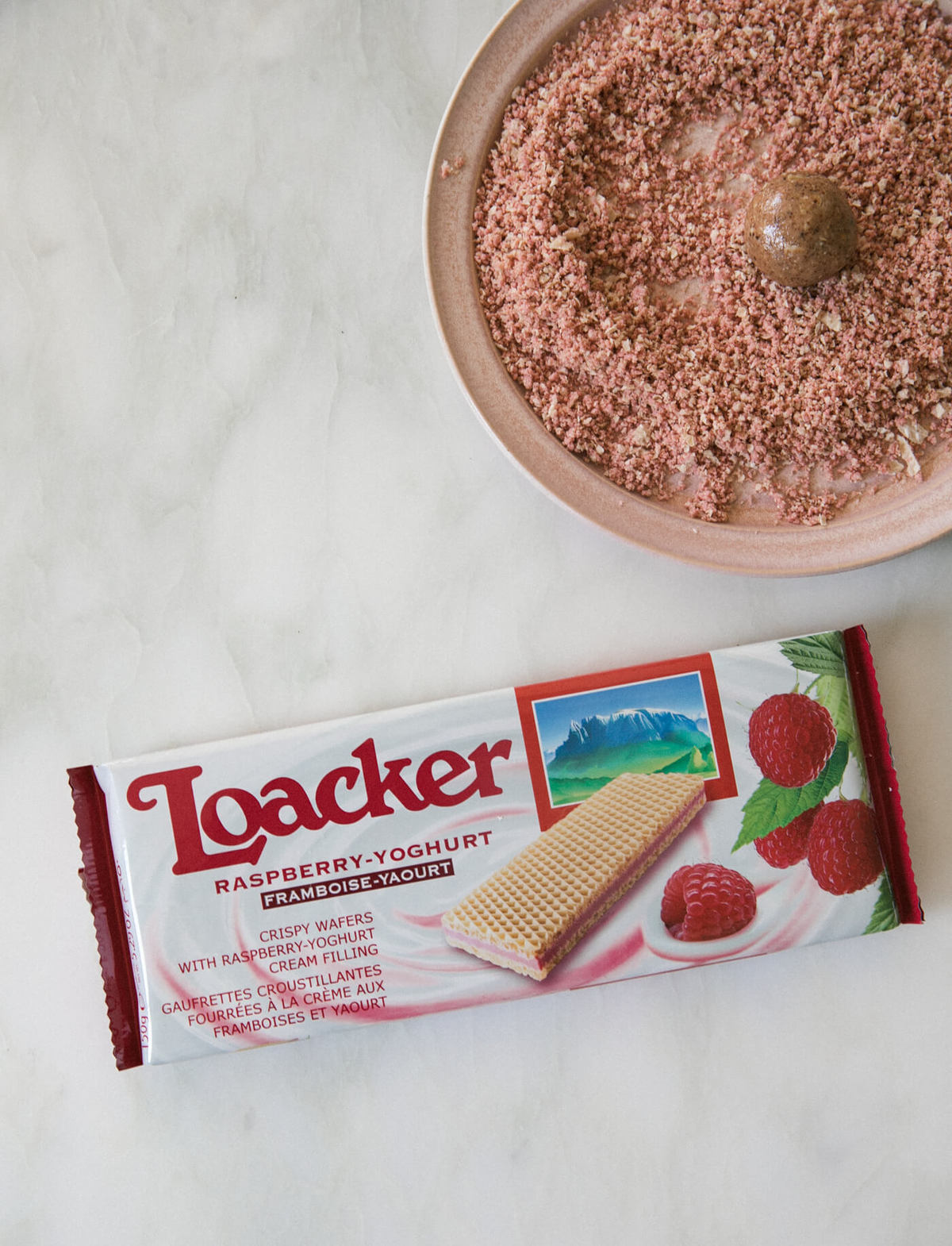 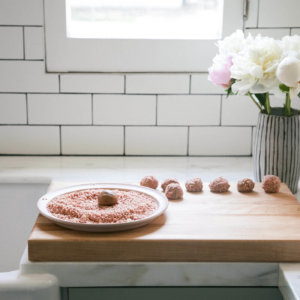 Did you make this recipe?Tag @acozykitchen on Instagram and hashtag it #acozykitchen

(This post is sponsored by Loacker. Thanks for supporting the sponsors that keep A Cozy Kitchen cozy.) 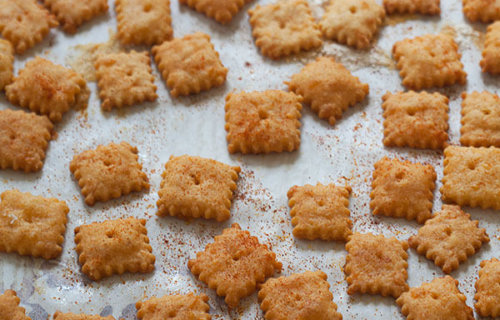 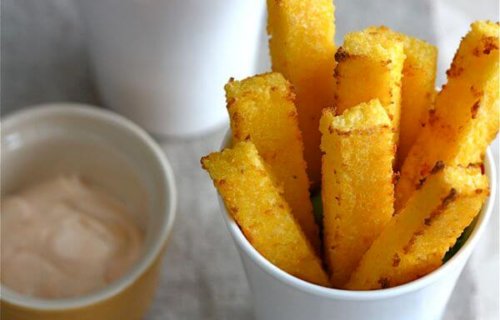 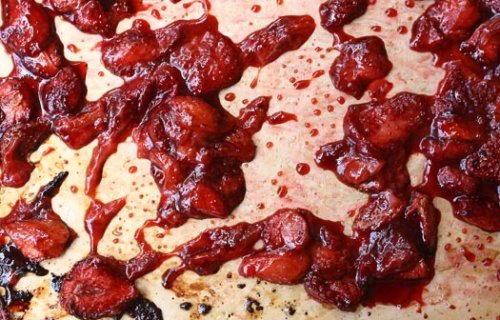