Published Oct 04, 2013Last Updated Dec 01, 2019
Jump to Recipe
Pin RecipeLeave a Comment
Pumpkin French Toast with Coffee-Dusted Pecans is a delightful autumnal breakfast. If you have extra pumpkin puree hanging around, this is a great place for it!
Prep Time: 15 minutes
Cook Time: 20 minutes 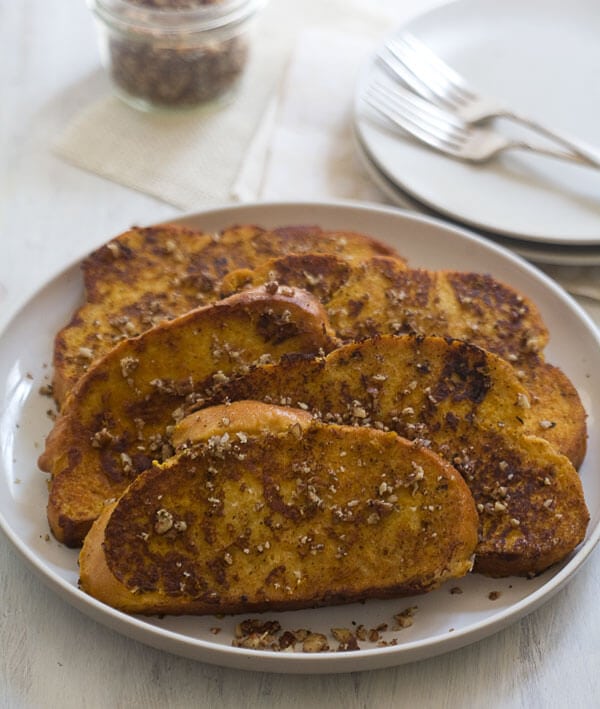 Today we are discussing this Pumpkin French Toast! This week has been solid. Super solid. Lots of full days, long to-do lists and lots of check marks next to stuff. The feeling of “have- worked” is one of my favorites. It makes that shower and beer at the end of the day feel soooo good. I even drank a beer in the shower and it was amazing. Do you drink stuff in the shower?! I sometimes have my morning cup of coffee in there and I loooove it, though it is tricky. You don’t wanna get soap water in your coffee/beer/juice, you know?

Earlier this week there was a lil’ giveaway and one of you in the comments said, “I can’t wait to make Pumpkin French Toast…” and I was like, whaaaa, that’s a thing?! I couldn’t get it out of my brain. I had to make it immediately! And so I did. It was heaven on a plate. I’m not trying to be all bossy, but you need to make this for breakfast very, very soon. You’ll love it. 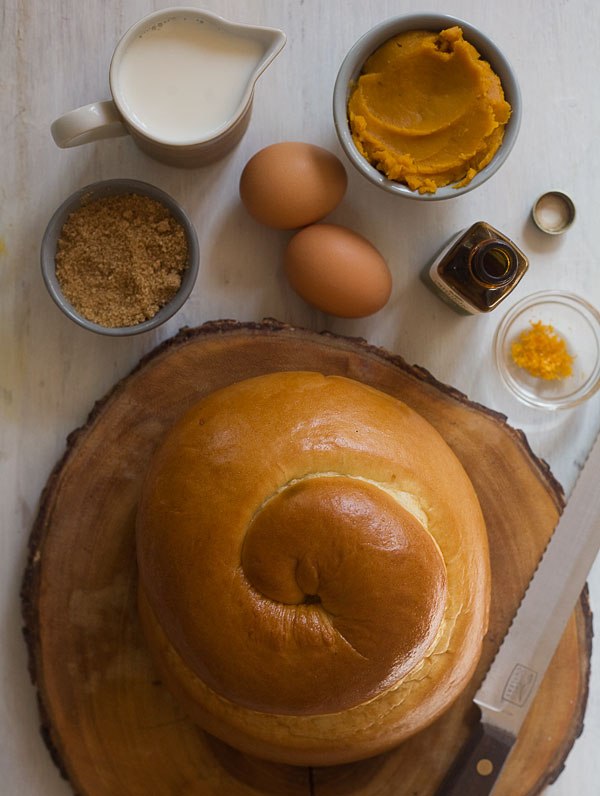 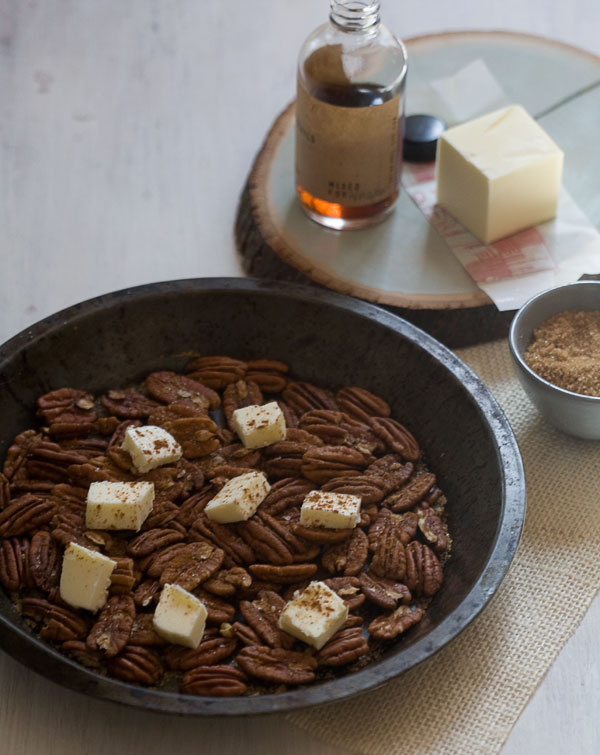 How to Make Pumpkin French Toast

I initially thought that it might be cool to coat the French toast in finely chopped pecans, almost like corn flakes, but the pecans ended up being nearly burnt and the French toast looked kinda scary. A sprinkling of pecans turned out to be perfect.

This breakfast makes me happy. I hope you make this Pumpkin French Toast. If you do, let me know on Instagram! 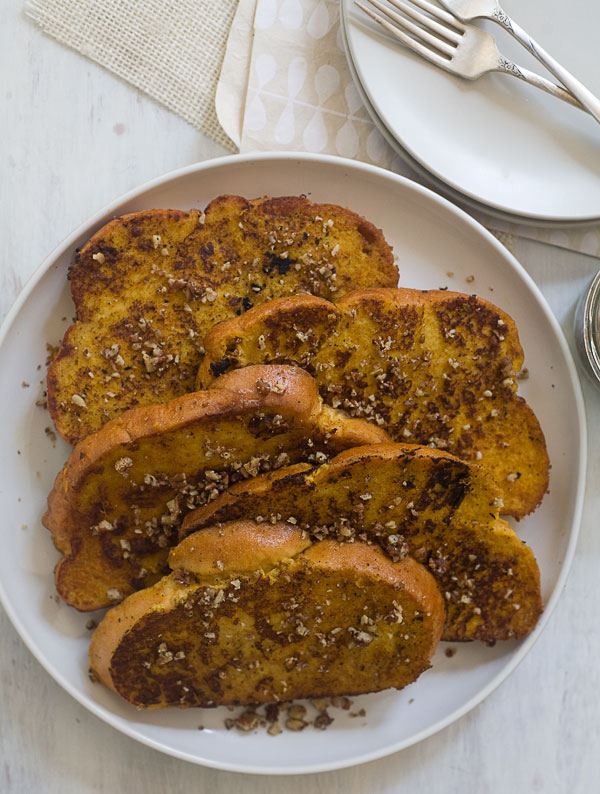