Published Nov 06, 2013Last Updated Dec 22, 2018
Jump to Recipe
Pin RecipeLeave a Comment
I apologize in advance but I’m currently having a bit of a moment with pears. Let me live. In only a moment’s time I’ll be forced to have a moment with stuffing and turkey and then… 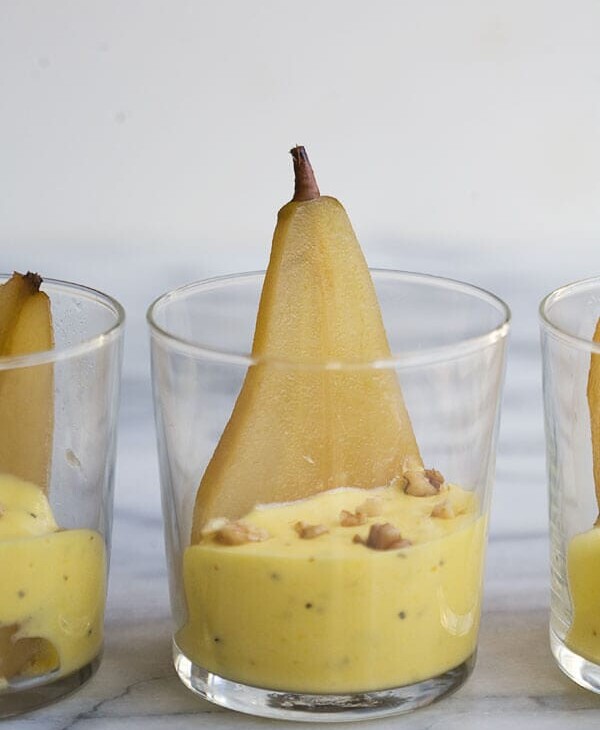 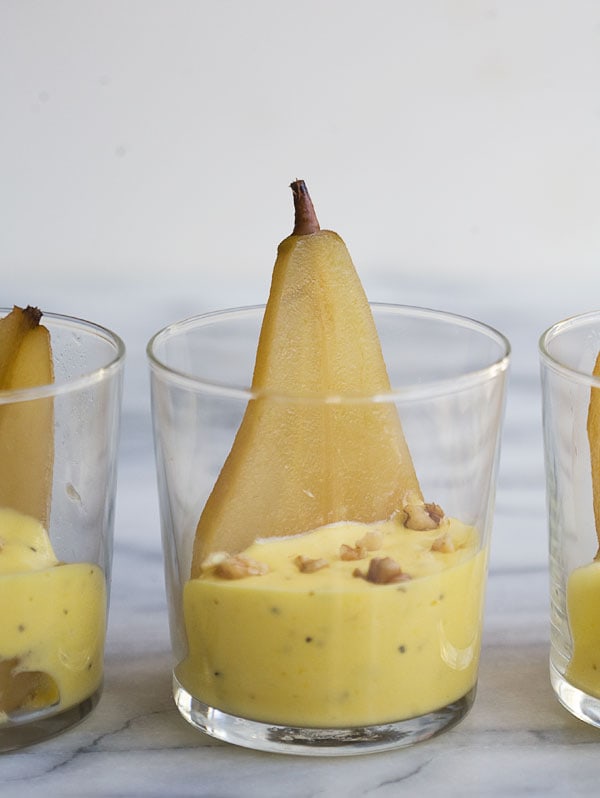 I apologize in advance but I’m currently having a bit of a moment with pears. Let me live. In only a moment’s time I’ll be forced to have a moment with stuffing and turkey and then it’ll be Valentine’s Day. Can you tell I’m grumpy about the year going so quickly?

The holidays always half excite me and then half stress me out. It’s the impending end of the year that always wrecks my nerves. It’s the sound of a bazookas and that sad-ass New Year’s song that always plays. It has a blue tone to it that’s supposed to signal a new beginning. For me it’s just like omg what this year is over how??!?! where did it go?!?! So, for now I’m just gonna eat a (seemingly) fancy dessert that I’m sure I’m pronouncing incorrectly. 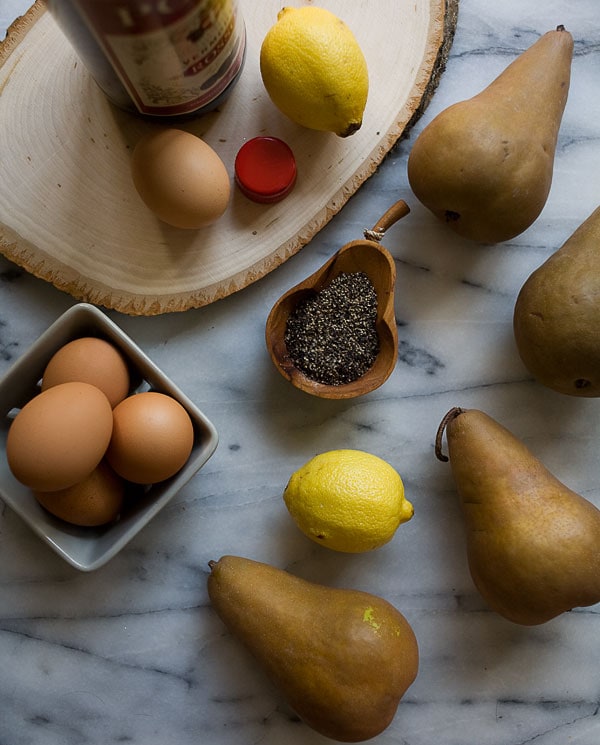 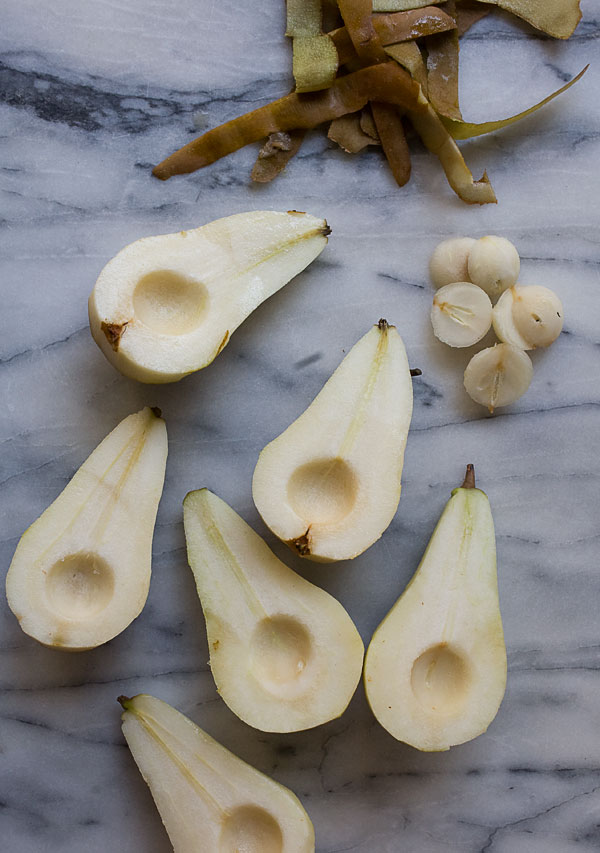 I made this dessert on a whim a few weeks ago while I was on vacation and it was surprisingly simple. The sweet vermouth, along with the spices like cinnamon and star anise impart a really nice warm flavor to the poached pears. And the sabayon is much fancier sounding that it actually is–it’s basically just whipped, gently cooked egg yolks, flavored with sugar and lemon and pepper. I love it all so very much.

The best part about poaching pears is that it can be done ahead of time. These pears can be poached the day before, kept in the fridge in its syrup and then served the next day. So awesome.

I love lemon on top of the warmly spiced pears. And the black pepper adds a nice savory element to this not-too-sweet dessert. 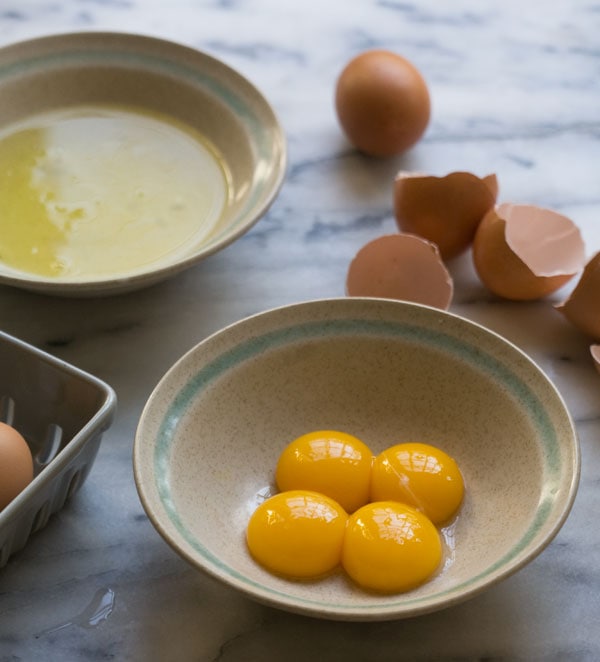 Also, when you serve this and are all like, this is poached pears with a lemon and black pepper SABAYNON, people will think you’re crazy fancy and skilled. 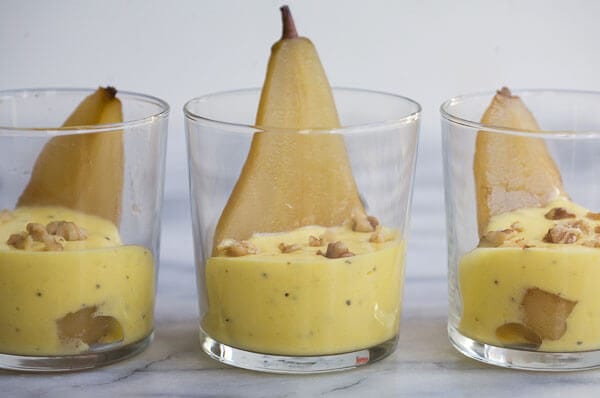