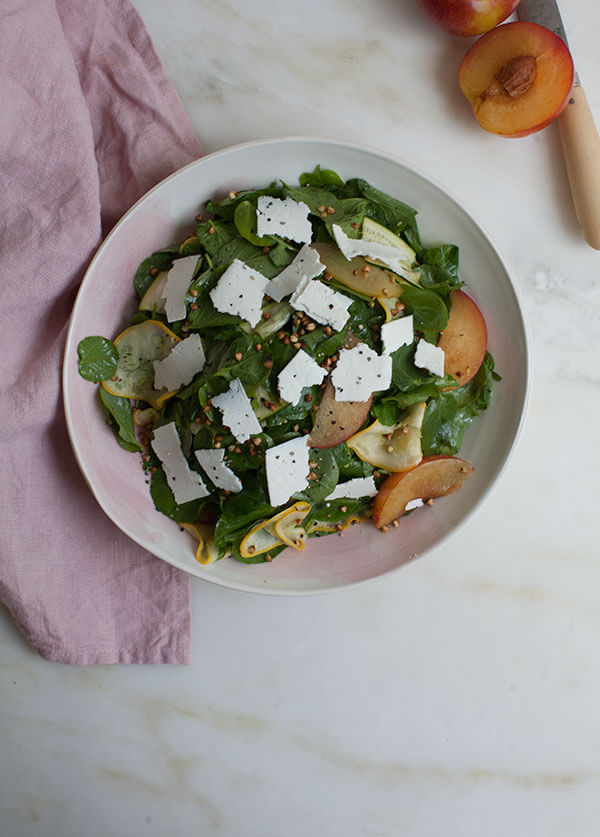 This past weekend I ate ribs, two hot dogs, one s’mores, slices of ribeye, a few slices of bread, two spoonfuls of cookie dough ice cream, a few (?) watermelon mojitos, nachos…and I feel like if I really tried, I could find more things that I consumed. But whatever, I’m past it. It happened and it was glorious.

My favorite part of the weekend was spending time with friends and family and watching Amelia swim her little heart out. I need more weekends like this one. I bet you do too. They remind you what’s important. And hot dogs are important! 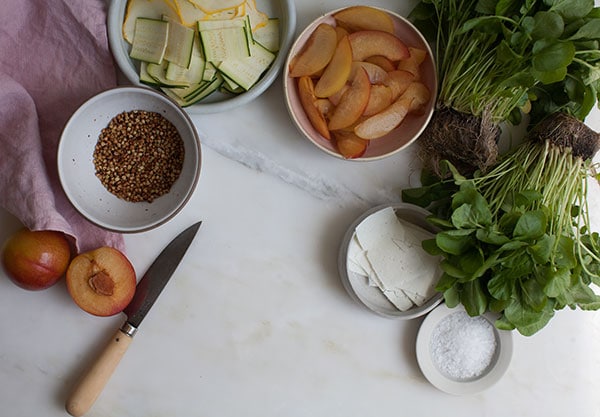 Can we discuss buckwheat groats? Buckwheat groats are a toasted grain. I toasted these up in about 5 to 6 minutes and they were delicious on a salad. They add great crunchy texture to lots of dishes like vegetables, salads or even pancakes.

This salad isn’t rigid. If you don’t have all of the ingredients, it’s not like you can’t make it work. I looooove umeboshi vinegar. It’s a Japanese plum vinegar and you can often times find it at Whole Foods or an Asian supermarket. I love having it in my pantry but if you can’t find it you can just add lemon juice and it’ll still be really delicious.

This is a non-basic, boring summer salad with things. Salad for me HAVE to be interesting because the basic ones are just such bummers, aren’t they? 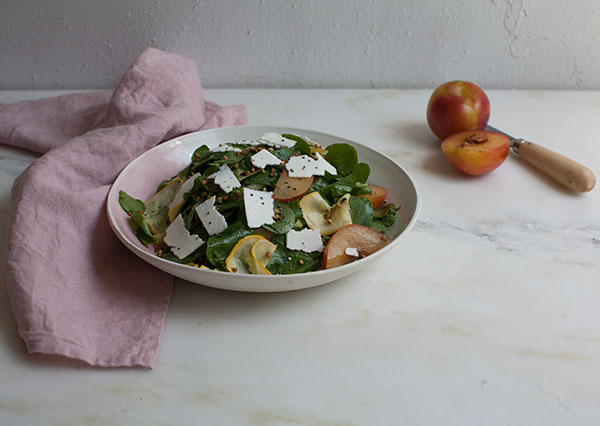 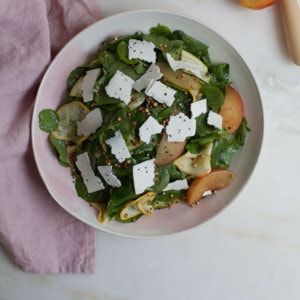 Serving: 2g
Did you make this Recipe? Tag me Today!Tag @acozykitchen on Instagram and hashtag it #acozykitchen
Buckwheat GroatsHealthyHealthy(ish)SaladVegetarianWatercress
July 6, 2015 by Adrianna Adarme 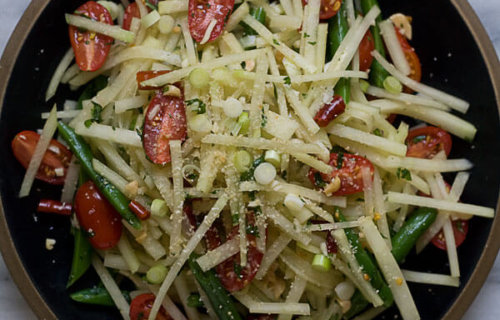