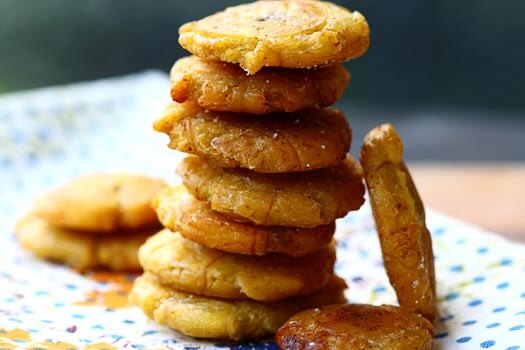 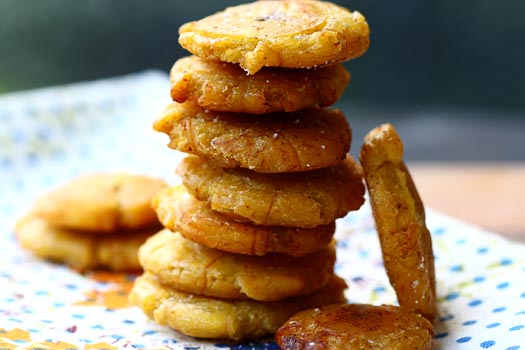 Hi Monday, I’m usually not so excited about you but I have a cubano coffee in my hand, my sunglasses on and I’m dreaming about this vegan coconut ice cream and plantain combo (my new obsession). Not too shabs, not too shabs at all.

I learned a few things growing up in South Florida. 1) How to deal with frizzy hair. 2) That Florida is a place where old people get really awesome at tennis. 3) And how to make plantains. 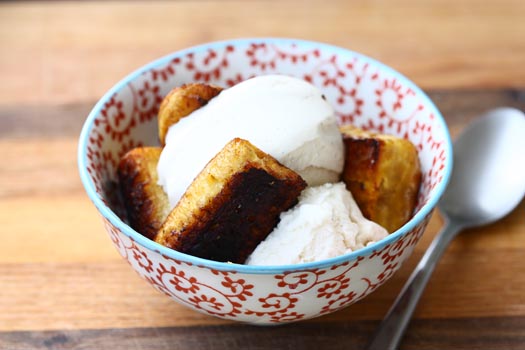 This recipe is easy-peasy, totally Monday-proof. Buy two different types of plantains: dark brown and green. And then–in the same pan–make an appetizer (or side dish) and dessert. Yes please! . 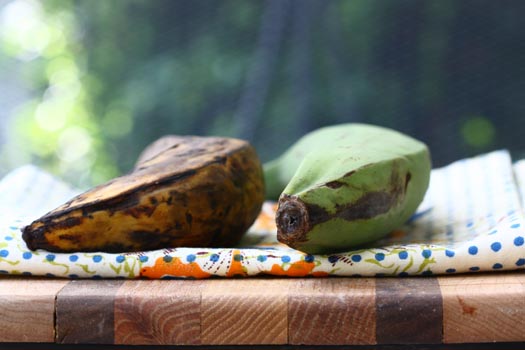 And then you want the really green ones. Super green. I’m not sure if there’s anything worse than biting into a green, un-ripe bananas. Nails on a chalkboard. 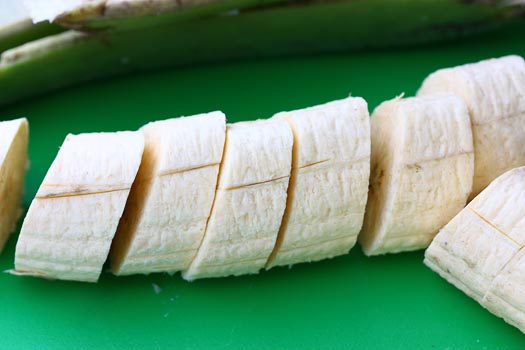 We’re gonna start with the green ones. These’ll be savory. Almost like chips. I like to make a little olive oil, garlic and salt combo for dipping them. Dooo this!

Fry them up in a cast iron skillet for a few minutes. This is almost like a double-fry method. Fancy. 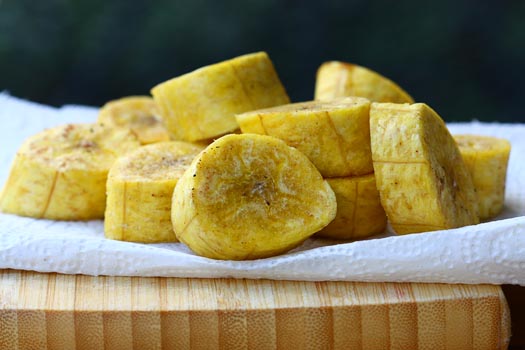 Then you’re gonna smash them.

You can use any thing you like. I just used a mason jar to do it. This’ll make them easier to fry up the second time.

This was quick so I kept the oil over the flame going. Basically, don’t step away from it if you do this. 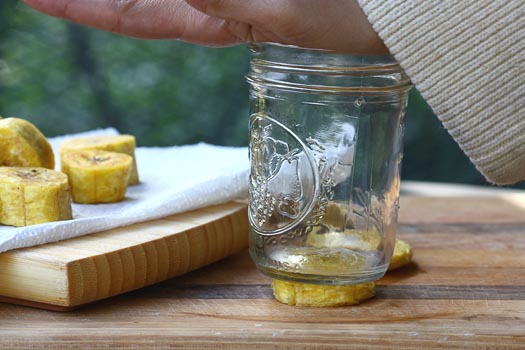 Then you’re just gonna add the smashed plantains back to the oil and fry for another 3-4 minutes, or until they’re pretty and golden brown.

Remove them from the oil and drench, I mean, drench in salt. It’s good.

Note: The ones below are the smashed, pre-fried plantains. Just so you know. We don’t like confusion in these parts. 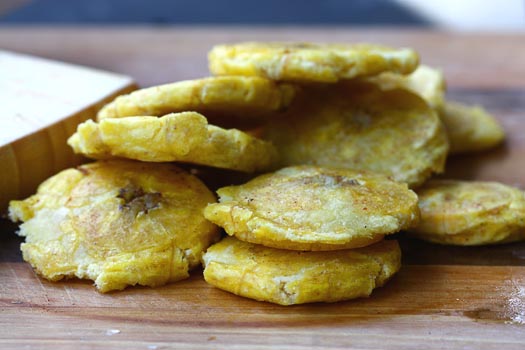 For dessert…take the brown plantain, slice it open, and slice however you like.

And heat up a few tablespoons of oil. Add the plantains slices, let them cook for a few minutes, as in two and then turn them over. Do the same on the other side and remove.

If you wanna get snazzy, sprinkle with a little bit of sugar and cinnamon. This is a good idea. 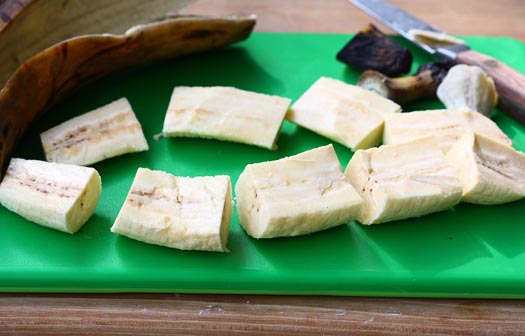 Print this duet of a recipe!

Heat the oil in a cast iron skillet. Place the plantains in the oil and fry on both sides about 2-3 minutes per side.

Remove the plantains and transfer to a paper towel to drain. Using a cup, mason jar or whatever else, flatten the plantains by pressing down. Simple.

Return them to the hot oil and fry  ’em up for about 1 minute on each side. Dust with a good amount of salt. Or serve with dipping sauce.

2 tablespoons of vegetable oil (or butter!)

Slice up the plantain and add to the oil or butter. Let it cook on each side until they’re golden brown. Some people like to sprinkle them with a bit of brown sugar and cinnamon. I advise this! 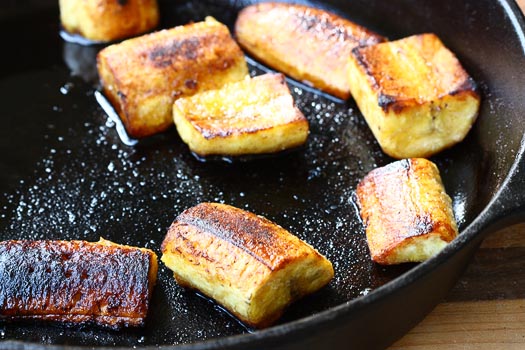 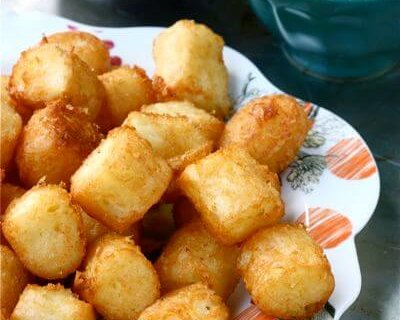 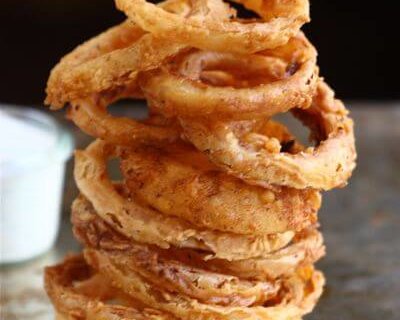 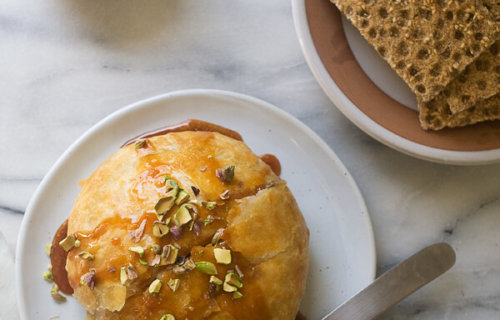