Published Nov 04, 2013Last Updated Jan 05, 2019
Jump to Recipe
Pin RecipeLeave a Comment
When I was in third grade I had in a role in my first play ever and it was my all-time favorite, Oliver Twist. I sadly was only given one line in the whole dang thing… 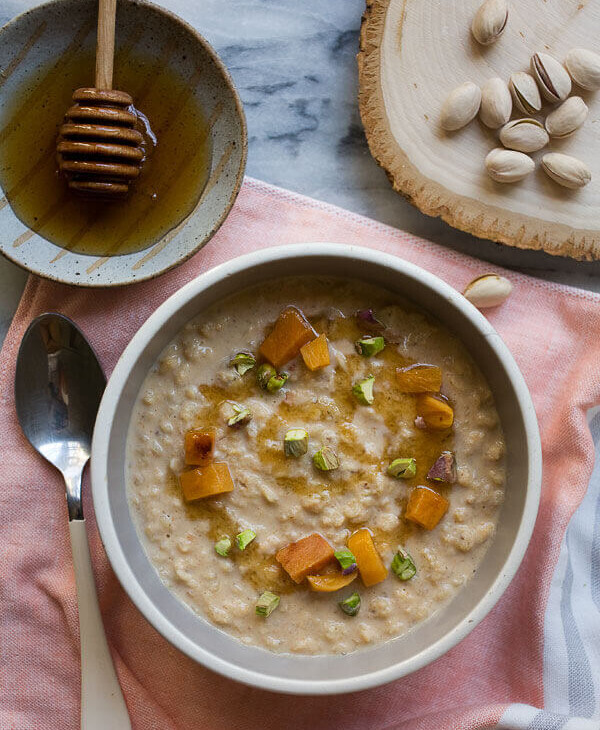 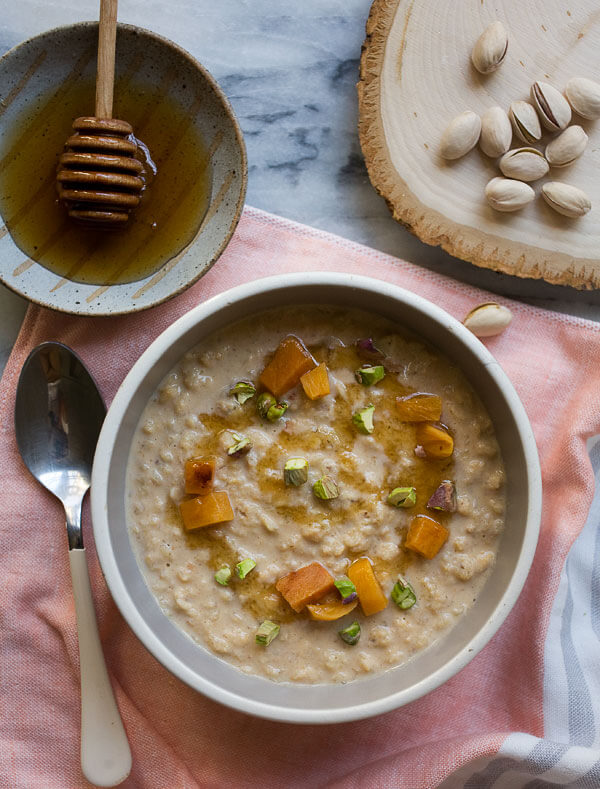 When I was in third grade I had in a role in my first play ever and it was my all-time favorite, Oliver Twist. I sadly was only given one line in the whole dang thing (I was gunning for the role of Dodger but didn’t get it) and that was, “Can I have some more porridge, please.”

I made sure to make my eyes look really sad and puppy dog-like and used the best fake English accent I could muster up. I’m pretty sure it was awful. I remember never really knowing what porridge was at the time, and honestly my opinion of it as I grew older was scarred from that experience. I figured it must’ve been awful if all “orphans” could get their hands on was a big bowl of mushy porridge.

Porridge has made a big 180 in my head. Porridge would be pressed to find a bigger fan. This porridge love story starts with persimmons, the other love of mine. 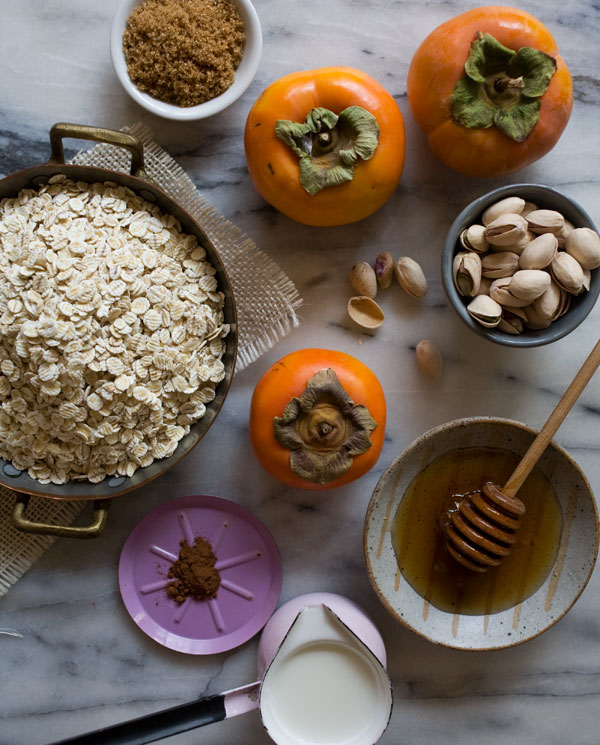 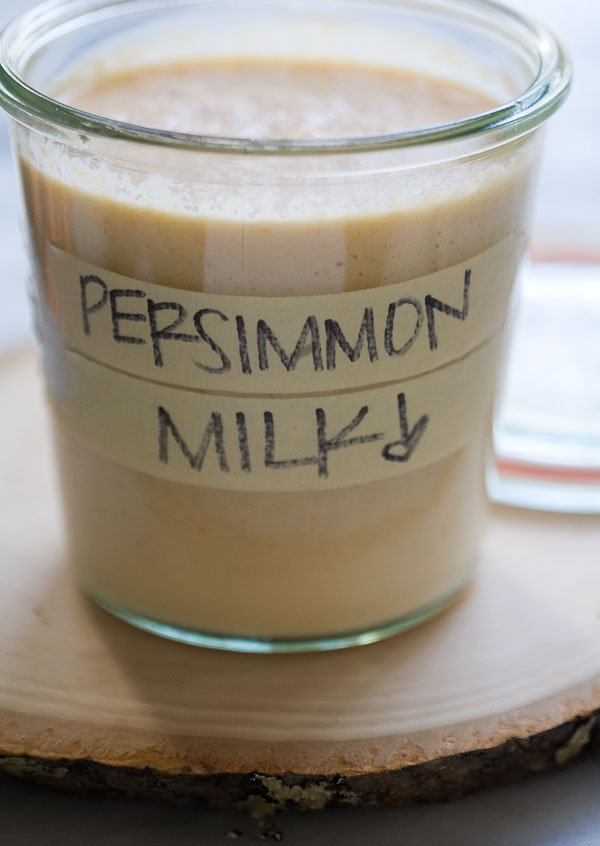 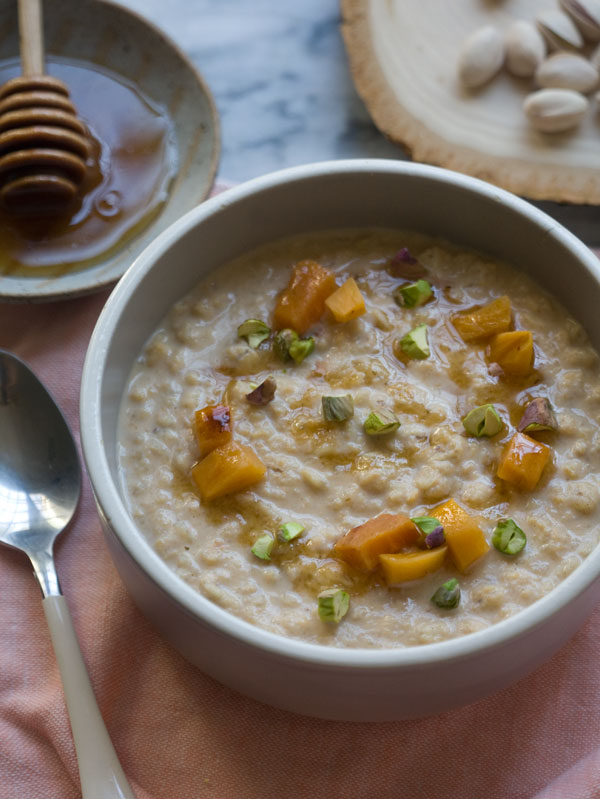 Persimmons are roasted and blended with whole milk. Persimmon milk! It creates a rich, cinnamon-ey milk that’s thick and delicious.

Persimmon milk is added to a pot, along with barley flakes, cinnamon, brown sugar and a pinch of salt. Things simmer, your house will smell amazing and breakfast will be all done.

I like the idea of making a big batch on a Sunday and keeping it in the fridge for the entire week. A little milk and some reheating is all it’ll need. 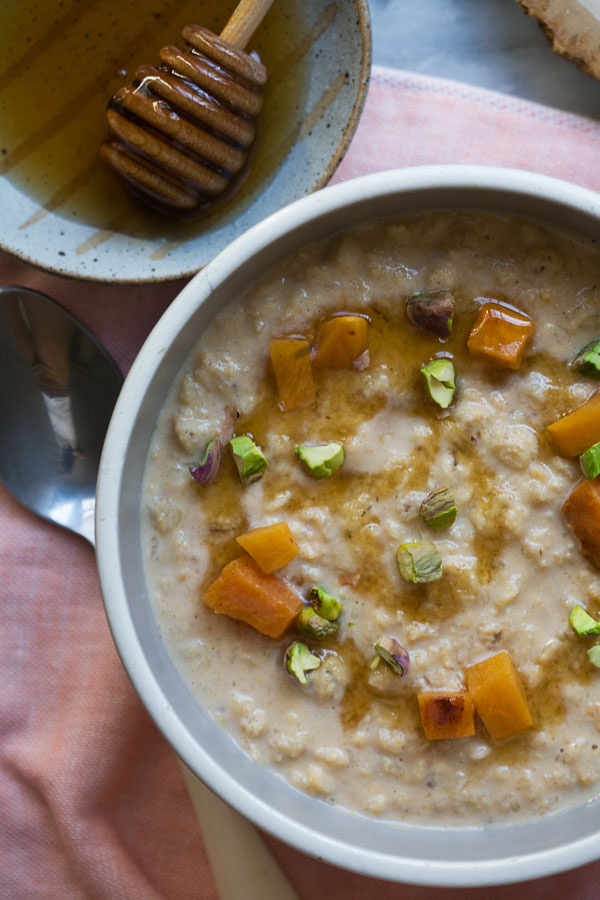