Published May 02, 2011Last Updated Jan 14, 2017
Leave a Comment
It’s Monday, which means you might be sleepy, irritable, yawning, napping under your desk, wearing mismatched socks… Don’t worry. There’s popcorn…wrapped in peanut butter! Last week I needed a new snack, so naturally I took to… 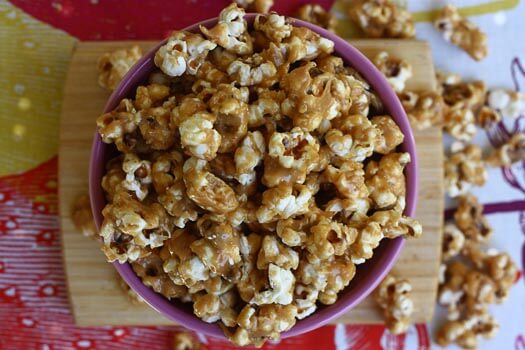 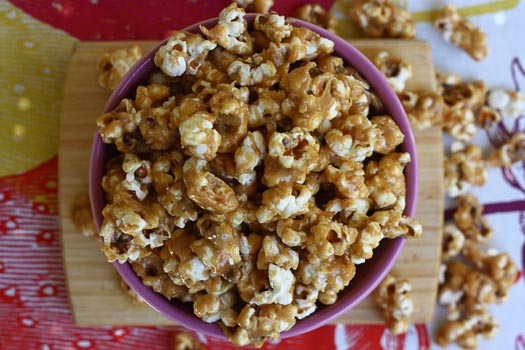 It’s Monday, which means you might be sleepy, irritable, yawning, napping under your desk, wearing mismatched socks…

Last week I needed a new snack, so naturally I took to twitter. Nowadays, that’s totally the place I take all my questions to. Who invented the mini-post its? Ask Twitter. Why does my foot get tingly when my foot falls asleep? Ask Twitter. How do I do a smokey eye? Ask Twitter.

When I asked about snacks, Twitter came back with suggestions of combining peanut butter with all types of fruit. Goood, goood. There were also lots of ideas on different ways to whip up popcorn. Like button! 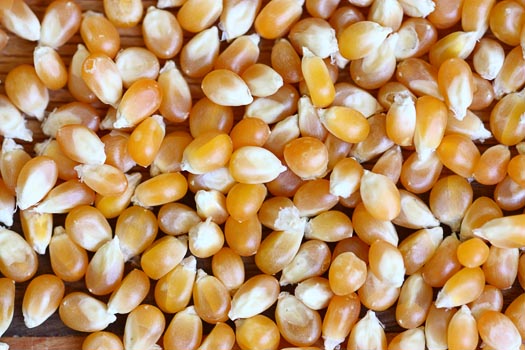 A light bulb went off and I decided I’d be totally brills to combine the two: peanut butter and popcorn.

I thought I’d invented something fantastic, original even! ….until I googled it. And then found that the whole world knew about it…except me. 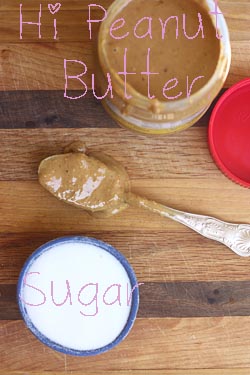 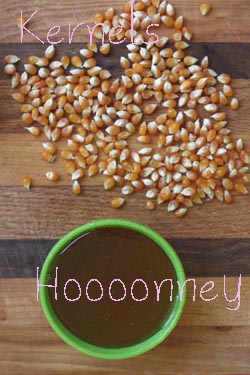 Whatevs. I kept it moving…

There’s peanut butter involved, naturally. I used all natural because it has better flavor; though all the peanut oil that sits at the top kinda grosses me out.

I digress, there’s sugar, honey, salt, a dash of vanilla extract and some popcorn kernels.

It’s doesn’t get much simpler, actually.

I popped the popcorn…. 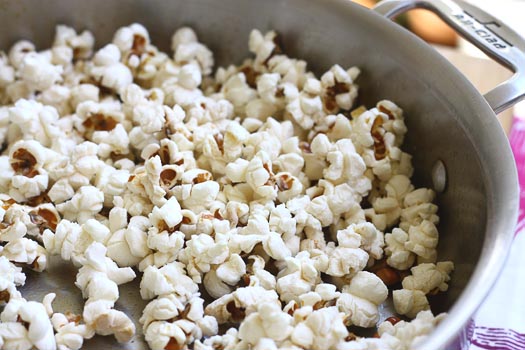 And in the same pot, mixed the sugar and honey together until it boiled for a few minutes and turned a slightly darker hue. Then I burned myself because my brain forgot that cooked sugar is hot.

I added the peanut butter and vanilla until it was all combined. It’ll be pretty, shiny…you might wanna eat it off the spatula. Don’t do this since there’s that hot sugar part. 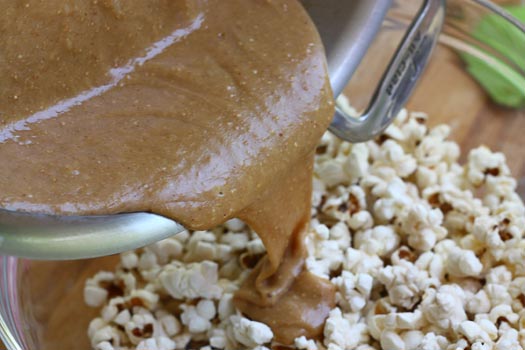 This is the part when you have to act super fast. You add the peanut butter mixture in two batches, mixing, making sure to coat all of the popcorn evenly. 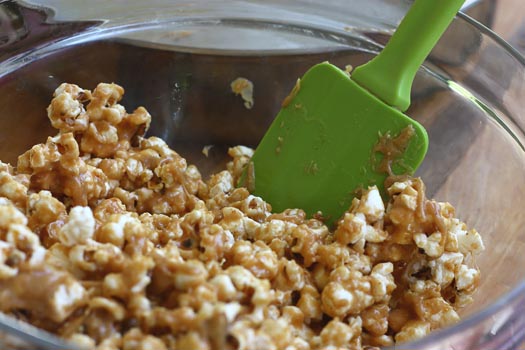 It started to glob together in like, popcorn balls so I spread it on a baking sheet, breaking everything apart and letting it set a bit.

There’s no picture of this step because I did this just as a bee flew into my kitchen almost flying into my mouth. My arms flayed…I swatted…screamed…ran outside.

Crept back in and killed it with Windex. Sorry, bee and family.

Despite being raised by a man that scoots bees, bugs, and lizards outside–making sure to never kill anything–I, apparently just kill them with Windex. Shameful.

I felt super guilty. But ya know what made me feel better….?!?! 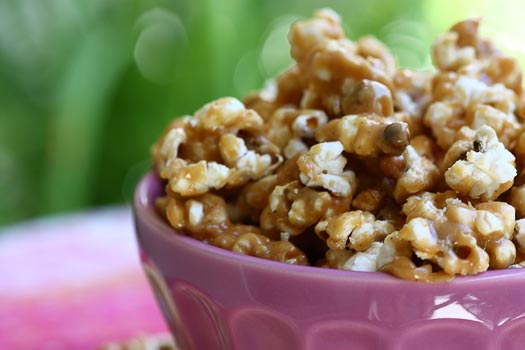 Recipe Adapted (barely) from The Kitchn

1/2 cup peanut butter (should be free of added sugar)

Place a clean paper towel in a large bowl. Heat a large heavy pan over medium heat and film the bottom with vegetable oil. Add the popcorn, shake to distribute, then put a lid on the pan. Leave a small crack for steam to escape. When the popcorn starts popping, shake vigorously to make sure the kernels pop evenly. When the popping slows, take the pan off the heat.

Pour the popcorn into bowl to cool, being careful to leave any unpopped kernels in the pan. Lightly salt the popcorn to taste.

In the same pan, mix the honey and sugar and bring to a boil. Let it simmer for a couple minutes or until slightly darker in color, then remove from the heat and add the peanut butter. Stir vigorously until all the peanut butter is melted, then mix in the vanilla.

Immediately pour the peanut butter caramel over the popcorn and stir  until completely coated. Transfer to parchment lined baking sheet and spread evenly and using your hands (carefully) break apart the popcorn. This way there are individual kernels. Let sit for 5 minutes to set and then serve!