Published Aug 26, 2009Last Updated Jan 14, 2017
Leave a Comment
Butter and pancakes seem to go together like, umm…me, chocolate ice cream and midnight. No? Well, you get my point. They simply make sense together. So when I came across this pancake recipe using olive oil… 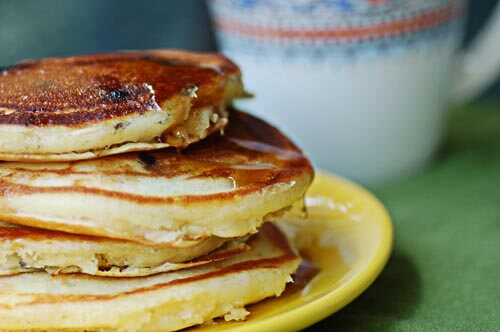 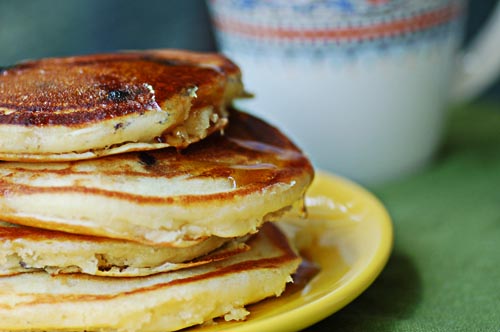 Butter and pancakes seem to go together like, umm…me, chocolate ice cream and midnight. No? Well, you get my point. They simply make sense together. So when I came across this pancake recipe using olive oil instead of butter I was intrigued, but waaaay skeptical.

Caroline and I have already given up butter when it comes to making eggs…but pancakes? Hadn’t even considered it. But I’m an easy going person—I went with it. When I carefully measured out the olive oil and added it to the batter, I thought to myself, Man, that seems like a lot of olive oil, but hey, that’s the recipe. What the heck do I know? But then I double-checked the recipe and realized I totally botched it. I almost had a little crisis, which I have quite often in the kitchen. 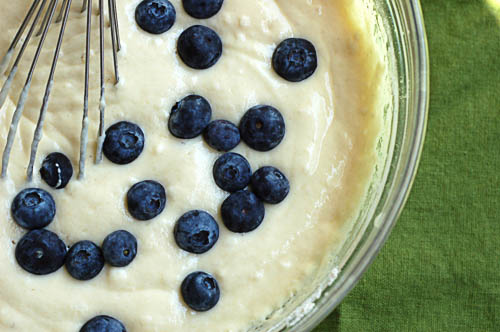 Sometimes I just shrug if off and keep going–other times I can’t ignore my humungo mistake and I’m forced to start over. It was a two-tablespoons-too-much kinda blunder so I figured it can’t be that bad. I forged onward expecting it to taste too much like olive oil. Boy was I wrong. That 1/4 cup of olive oil was just right! I didn’t have chocolate in the house; only blueberries, so I used those instead, which turned out to be another welcomed diversion from the original recipe. The pancakes were fluffy, moist, and slightly sweet with a notable olive oil flavor. Perfectly perfect. 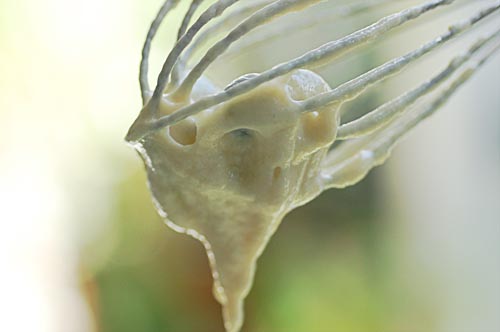 Mix the flour, sugar, baking powder, baking soda, and salt together in a mixing bowl. Whisk in the egg, buttermilk, and olive oil until you have a smooth batter, then stir. Be sure to not over stir–it’ll make the pancakes tough and flat rather than being light and fluffy. Lastly, delicately fold blueberries in to the batter. 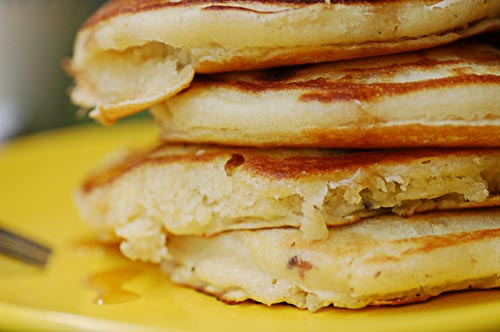 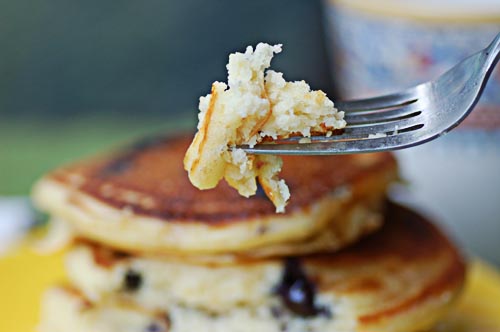