Published Oct 29, 2013Last Updated Jan 14, 2014
Leave a Comment
That whole saying about “needing a vacation from your vacation” couldn’t be more true. My body is still in shock from having to do normal life again. My normal life involves eating leftovers while standing in… 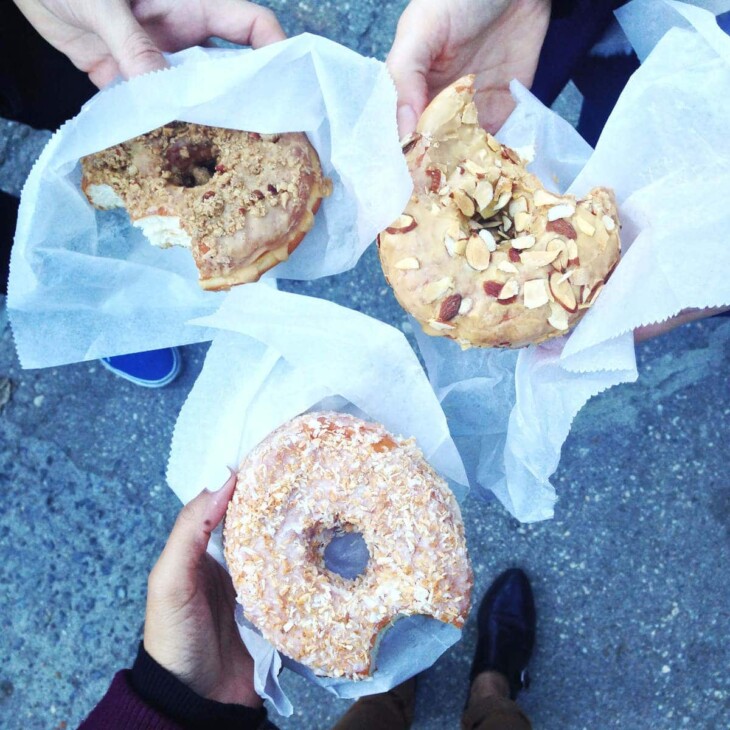 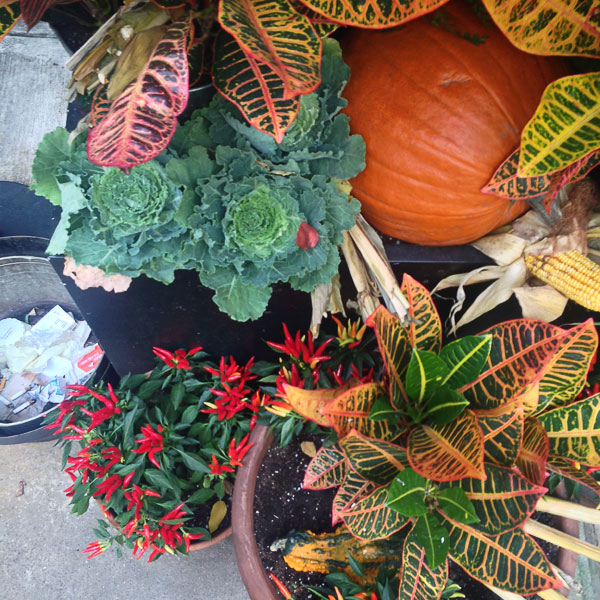 That whole saying about “needing a vacation from your vacation” couldn’t be more true. My body is still in shock from having to do normal life again. My normal life involves eating leftovers while standing in my kitchen, drinking healthy juice (sometimes) and waking up early. Not to fool you, I don’t wake up early everyday because I’m a super productive person. I wake up early because I have a terror of an animal that thinks sleeping in is lame.

Usually when I’m in New York it has something to do with work, so I’m generally running from meeting to meeting, getting lost, being rained on and being stressed. But last week it was completely different. There was so much leisurely walking, so much casualness, lots of wine with my lunches. Sometimes two lunches. Sometimes a late-afternoon cocktail. Whatevs! I was on vacation, man. And it was dreamy.

I went to a lot of places. A LOT. Mainly because I date a maniac who loves food more than me. Seriously, I don’t understand how his body can eat as much as he does. And he’s super annoying because he eats everything and gains nothing. I went to so many places that I wanted to create a bit of a guide, documenting the places I went. I’m only sharing the stuff I loved. 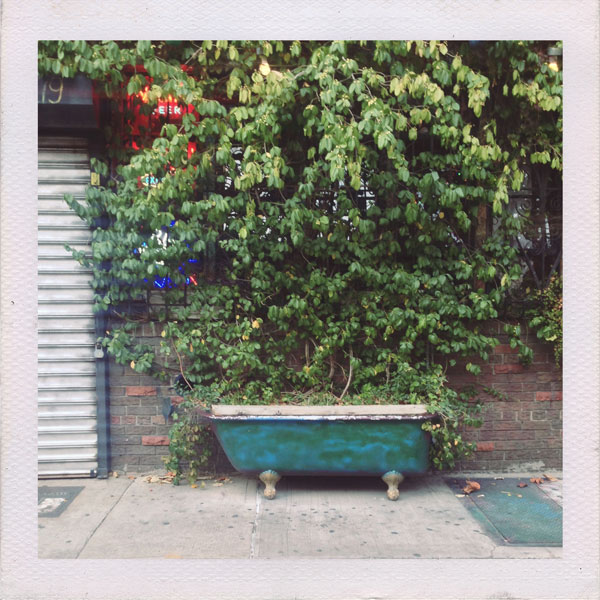 The first night was maybe my favorite meal. It was a splurge for sure, but we had planned it nearly a month prior so it wasn’t too much of a surprise when the bill came. Aska is in the back of Kinfolk Studios.

The space is clean, minimalist and warm. I’d categorize the food as modern—though, definitely not modernist—with roots strongly planted in Scandanvian cuisine.

It was a beautiful procession of ten courses with a few bites and intermezzos sprinkled in between. The wine list was well-curated and the sommelier was enthusiastic, encouraging the tasting of everything that was on the menu (I love that!). 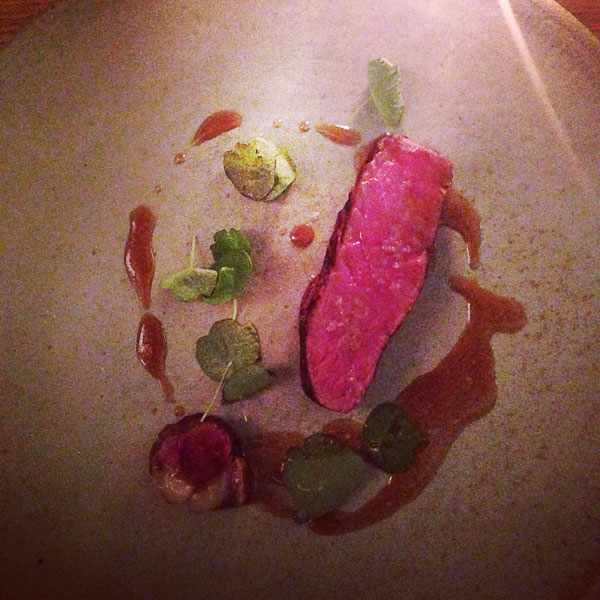 The next morning we met up with some friends and headed to Mile End for brunch. Their cookbook is a favorite of mine. It’s perched on my side table this very second. I sometimes thumb through it before bed and dream of making homemade pastrami.

I headed to The Brooklyn Flea for doughnuts from Dough . I looked at some of the vintage knick-knacks, and like I had predicted everything was very well-curated and thus very overpriced. I was satisfied with stuffing my face with Coffee Cake and Coconut Doughnuts. 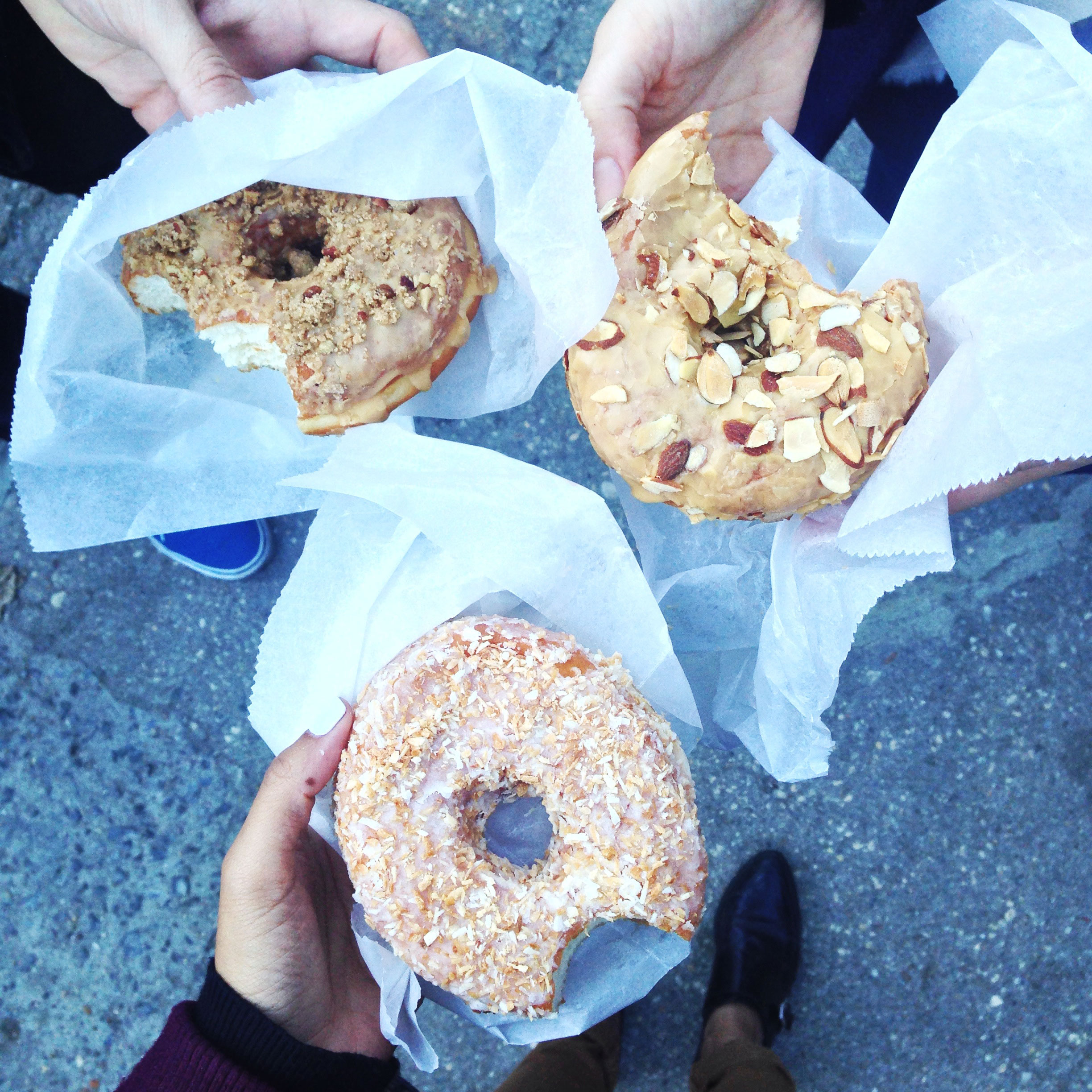 Later on that day I went to the Wythe Hotel for drinks on the patio. It’s a beautiful setting, overlooking the water. And the bloody mary was on point.

Dinner was at the pizza place, Paulie Gee’s. Hot honey pizza was my all-time favorite. And the was the perfect compliment: fresh tasting. Think a salad on a pizza. There were about eight more pizzas than the one pictured–it was glorious. 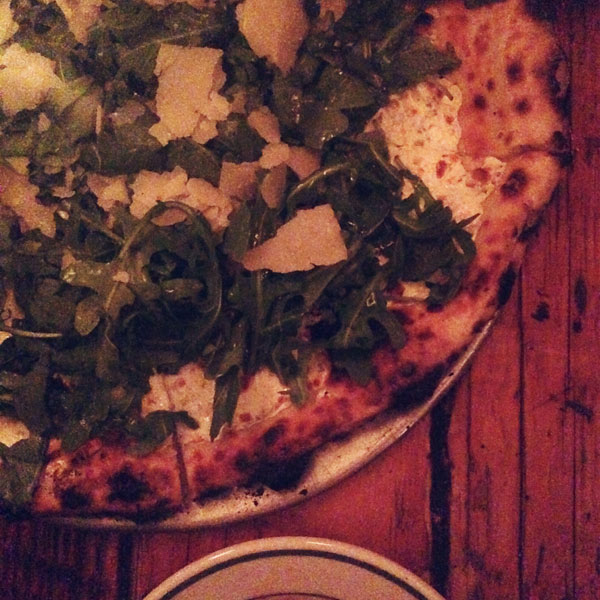 The next day there lunch at M. Wells Dinette. It’s in a cool location, actually. Located within the MoMA, the restaurant space feels almost like you’re having lunch in an old elementary school where the nuns beat you or something—it’s a beautiful space!

Their thing is meat. And foie. And lots of meat. Pictured is the Foie Gras and Oats, Tartare, Escargot and Bone Marrow, Testa Bean Hash (my favorite thing!) and of course, a Bloody Mary with a Smoked Mussel. Whut! 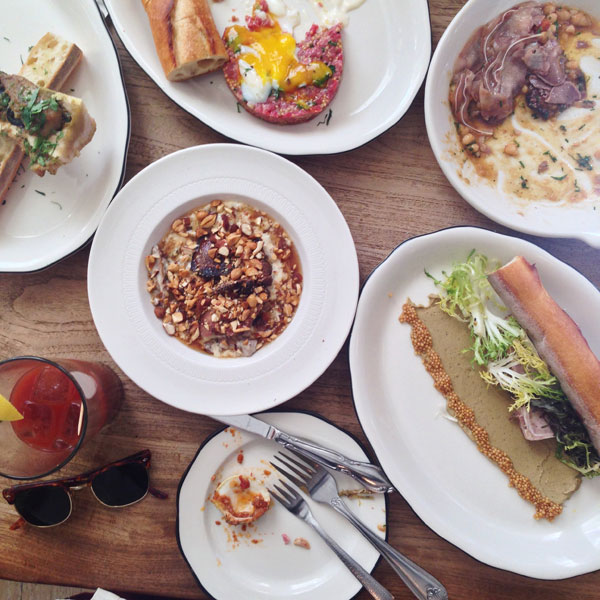 Before dinner, Josh and I went to Maison Premiere for their oyster happy hour situation. A dollar oysters…whaaaaat! In addition to the oysters, there was an uni ceviche and geoduck situation. They were good. Expensive but good. But the service…ooof. I will say the garden in the back outweighs the less than attentive service. 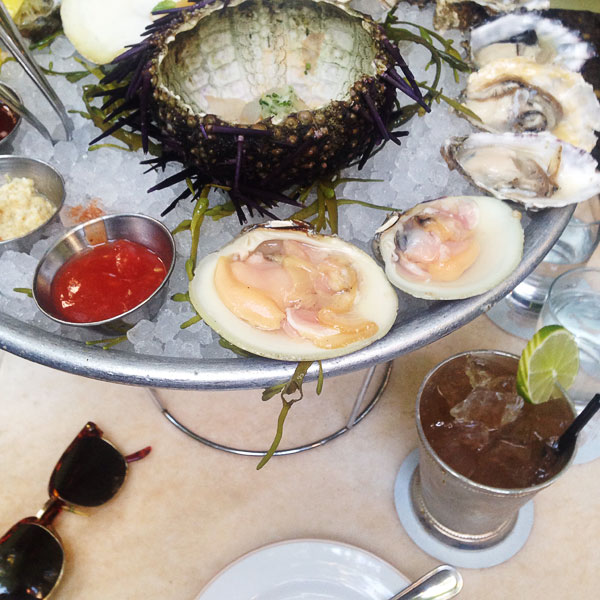 Look at how pretty! 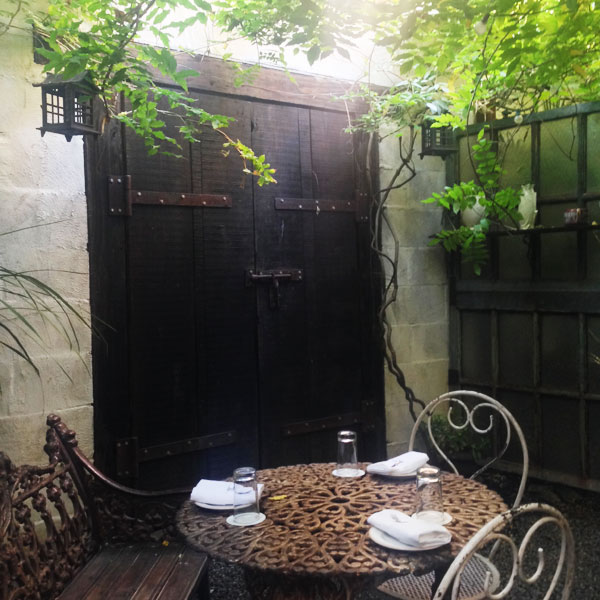 The next morning I went to the city to Dominique Ansel’s bakery…and not for the cronut. I mean, if they had the cronut I wouldn’t ordered it. Duh. But we went for the other baked goods which are BEAUTIFUL. This pine cone was actually a gingerbread cake, coated in chocolate. Huh! Yes. 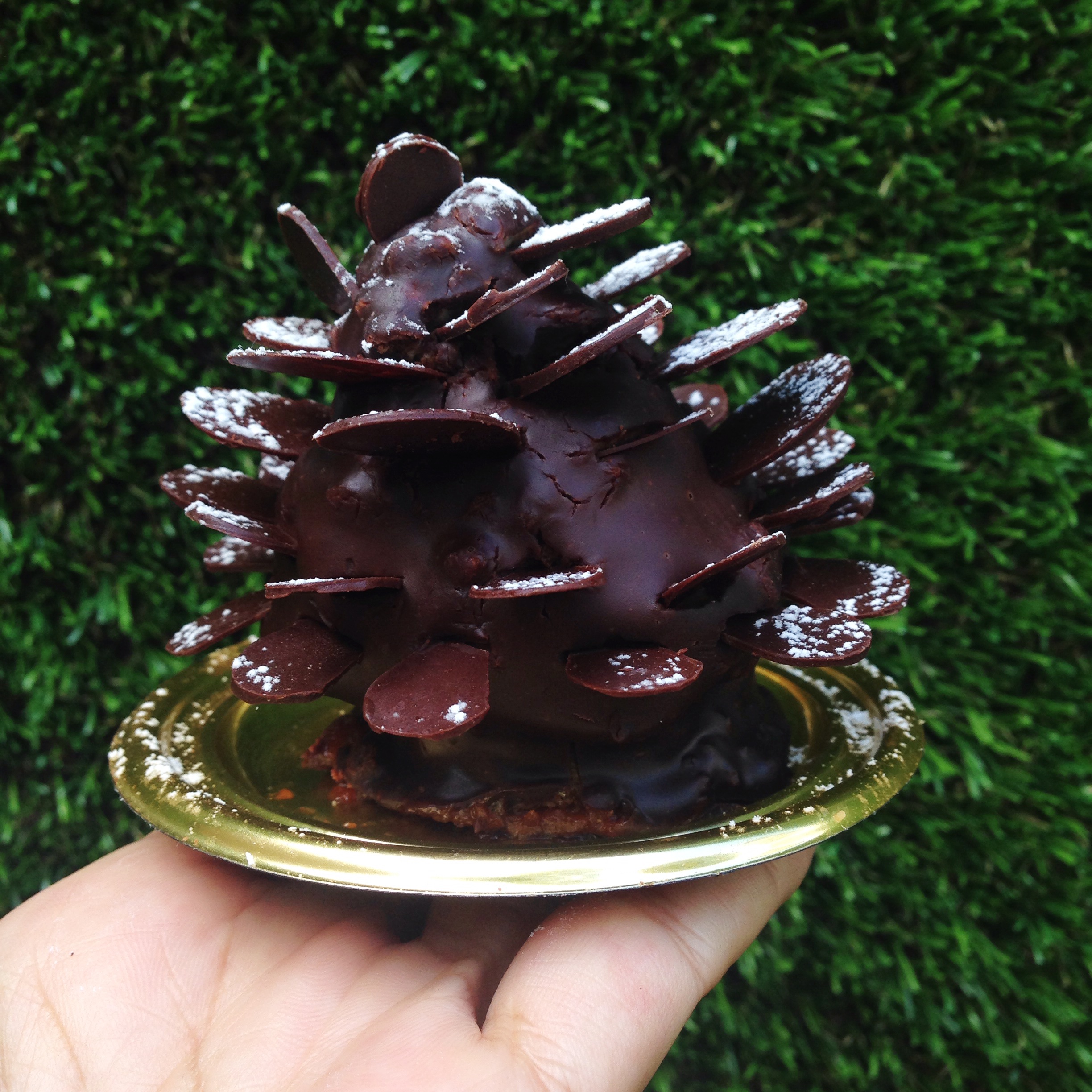 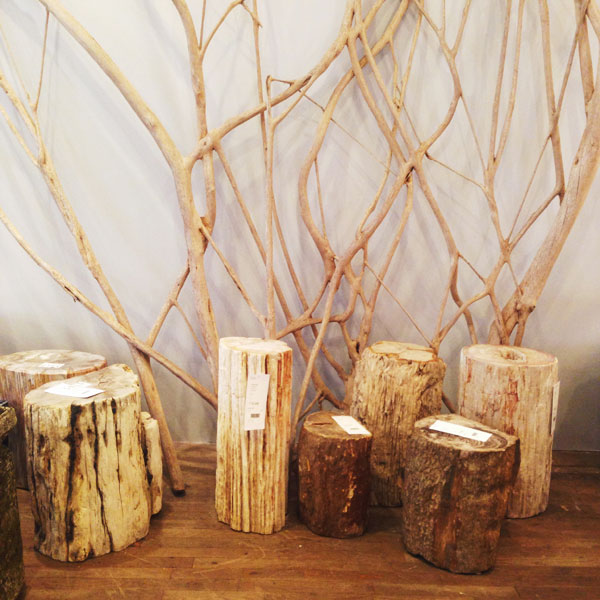 There was of course a visit to Momofuku Milk Bar for some cereal milk soft serve. 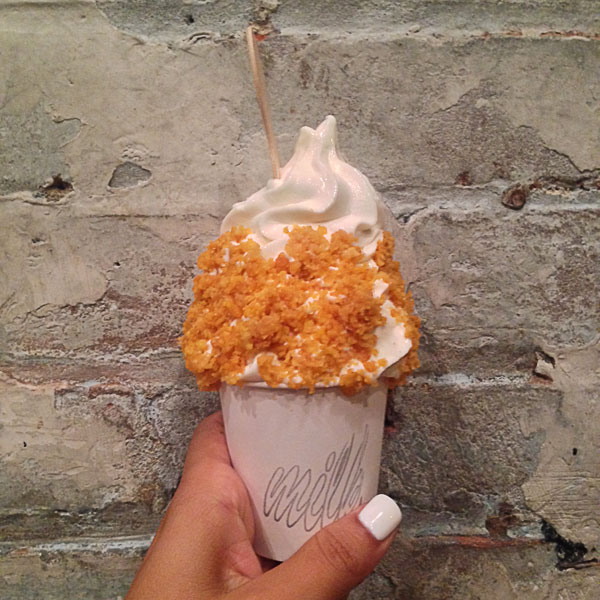 And then big gigantic lobster roll at Pearl Oyster! This was one of my favorite restaurants during the trip. 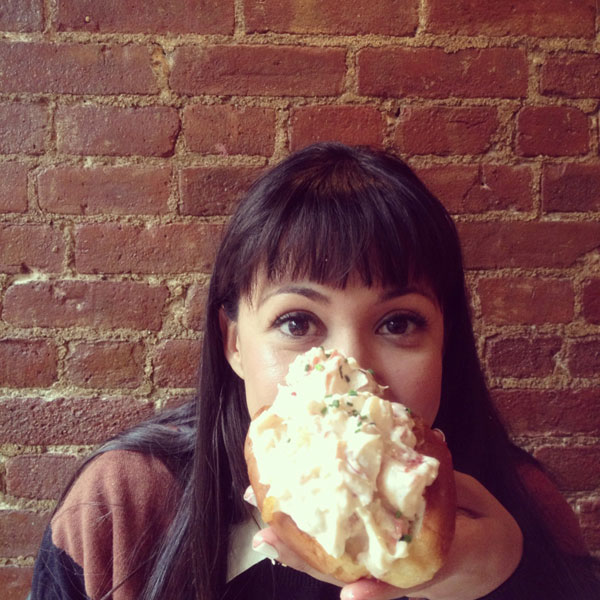 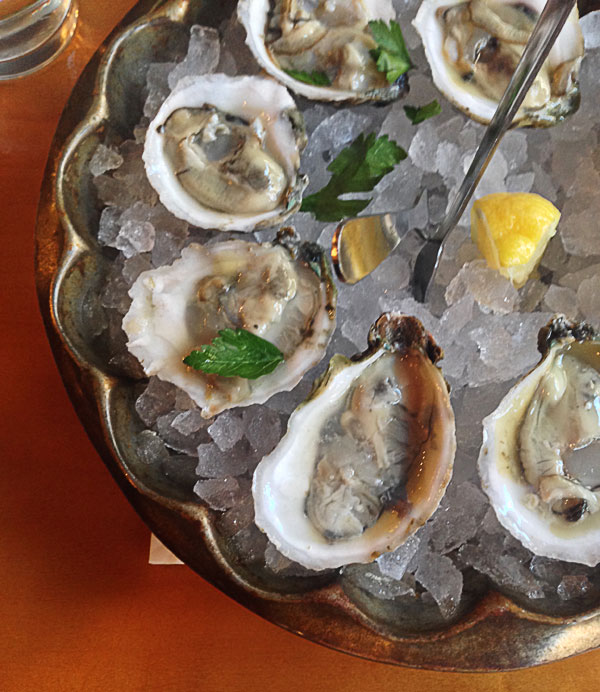 While we were gone, our friend Brandon was taking care of Amelia. We warned him about her early rising, barking and mischievousness. I’m not sure if he completely believed us but then…

She ate his glasses. I mean. I MEAN! Amelia. Ugh. 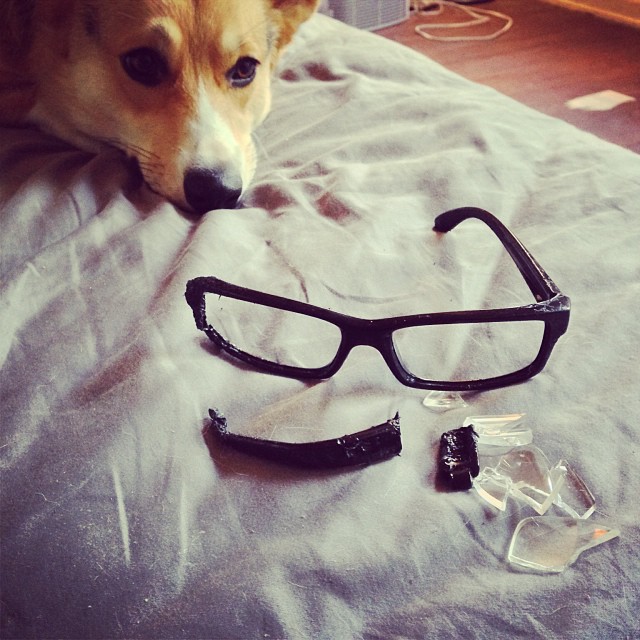 There was ramen at Ippudo. It was maybe some of the best ramen of my life. Keep in mind I’ve never been to Japan but this ramen is going to make it really hard for me to eat ramen in Los Angeles.

The broth was cloudy, flavorful and thin. The noodles were totally perfect and the fried chicken! AHHH! Their fried chicken is bomb. 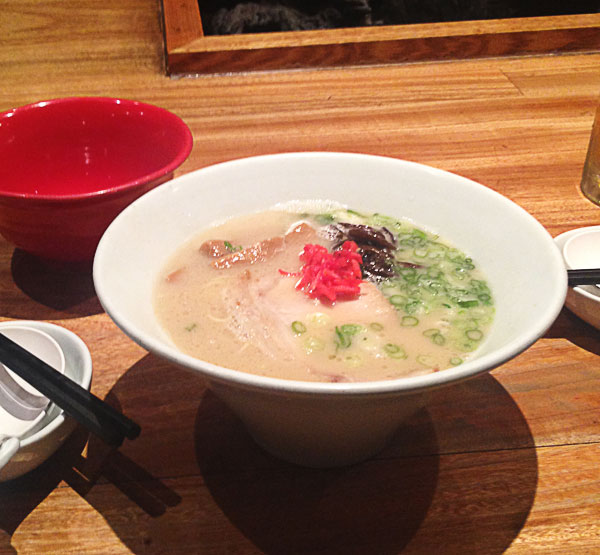 There was a fancy modern dinner at The Elm. A few weeks ago I watched the documentary A Matter of Taste, which is all about Chef Paul Liebrandt’s journey through the New York chefing scene. I’m such a girl because if you somehow manage to make me emotionally invested and feel like I know you, I’ll want to eat the food you make. 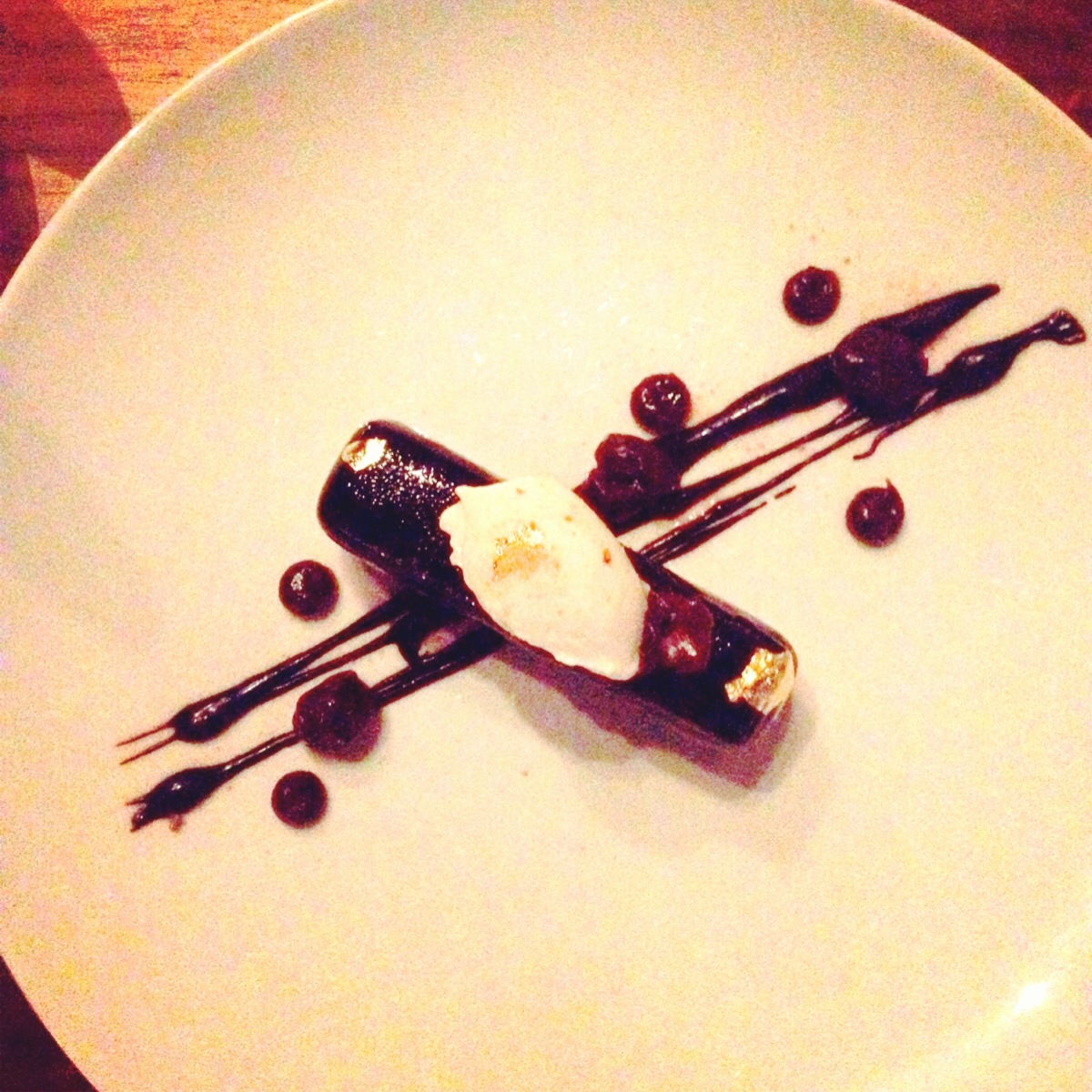 I love bagels and pastrami sandwiches and knishes. I headed to Russ and Daughters for an everything bagel with lox and cream cheese. Who doesn’t get an everything bagel when you order a bagel?! Who are you! I want to understand you. I was also sort of excited that their paper matched my shirt. 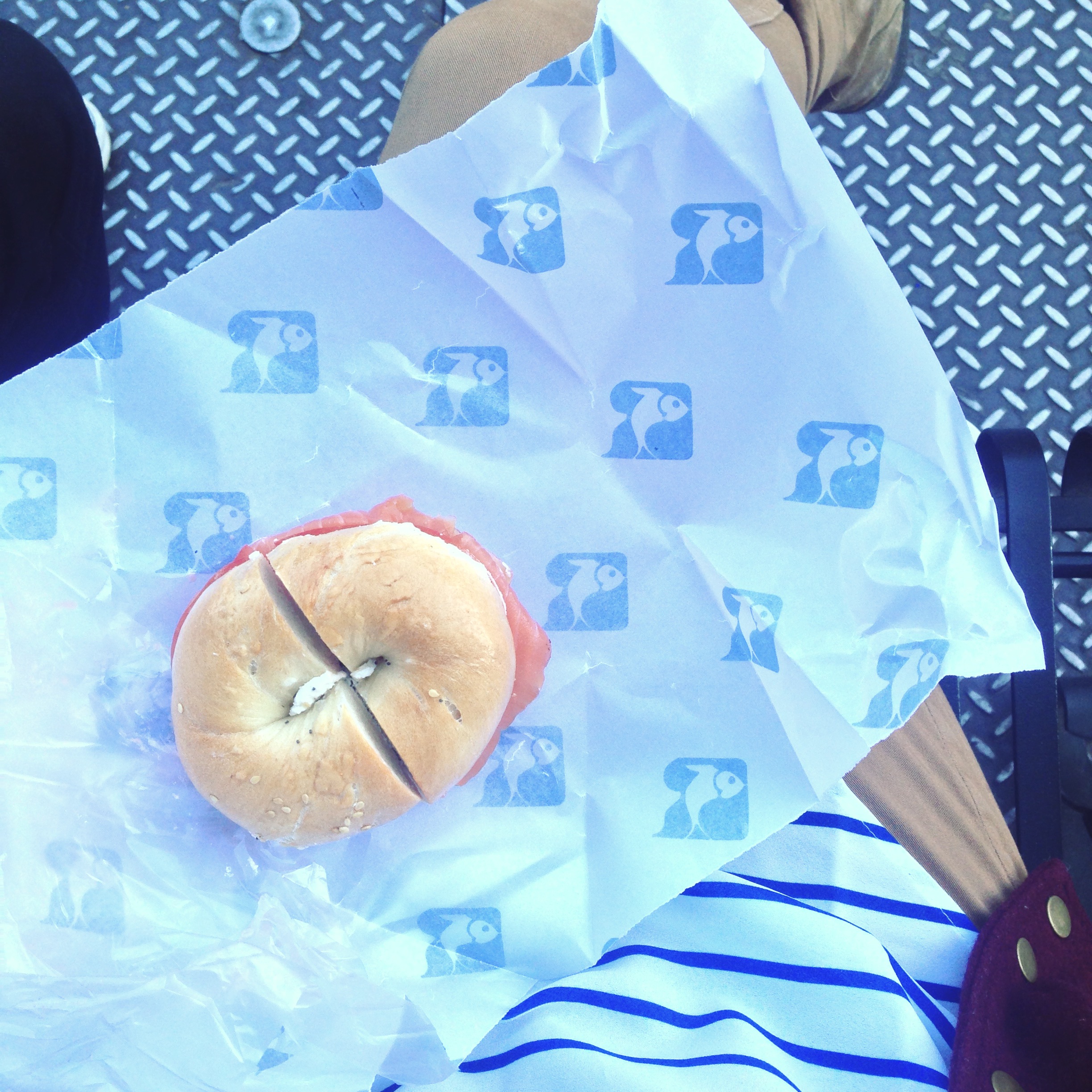 After so many meals out I wanted to eat at home in my pajamas. Josh and I went to The Meat Hook in Brooklyn to get a bunch of stuff to cook for our friends. We were staying with Josh’s brother Sean, and it was honestly sooo nice to be staying in an apartment versus a hotel.

Josh bought a bunch of beautiful pork chops, some black garlic aioli, some pretty produce and I bought some cute pears to use for dessert. If I lived closeby, I’d be at Meathook all all the time.

I’ve been such a fan girl of Four and Twenty Blackbird for a very, VERY long time. I mean, their salty honey pie inspired this ice cream and I just think what they do is dreamy. I hopped on the train and went to Carroll Gardens to visit their pie shop. The pies didn’t disappoint–maybe some of the best I’ve ever had.

I drank tea and ate some pie and thought to myself, VACATION IS THE BEST! 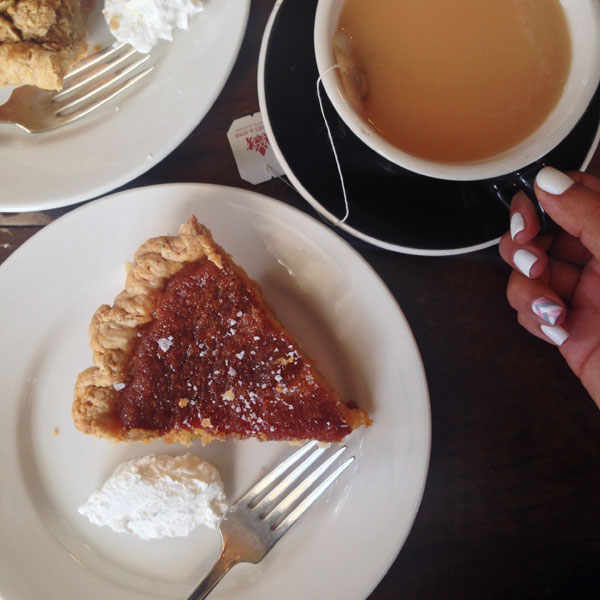