Published Nov 18, 2009Last Updated Jan 14, 2017
Leave a Comment
I think we all secretly enjoy sick days…at least a little. Sure, you’re sick and that sucks, but there’s really nothing better than having an excuse to be cozy in bed during the middle of the… 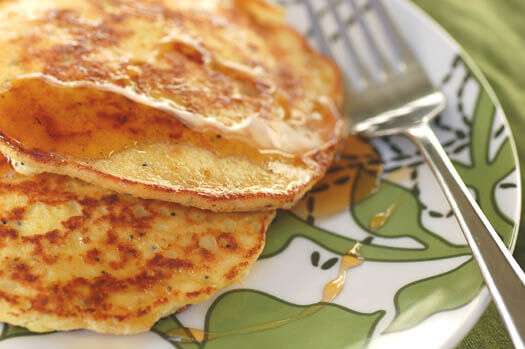 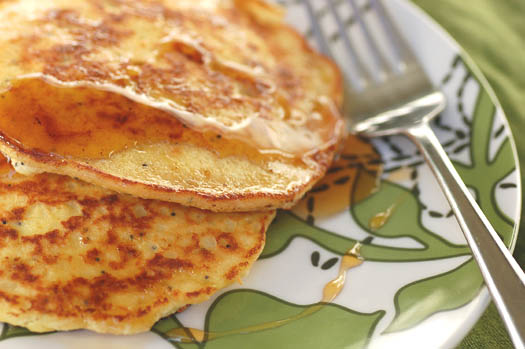 I think we all secretly enjoy sick days…at least a little. Sure, you’re sick and that sucks, but there’s really nothing better than having an excuse to be cozy in bed during the middle of the day, watching television with mug in hand. So last week when I went home sick, I was pretty excited that all of that was in my near future.

When I got home I immediately put on my pajamas, turned on the television, grabbed my computer to answer a few emails and got in bed. Playing in the background was an episode of Martha Stewart, solely dedicated to the vendors at the Brooklyn Flea. I was only half paying attention until a woman, who was a ricotta vendor there, began making Lemon-Poppy Seed Ricotta Pancakes alongside Martha. I was totally in love. 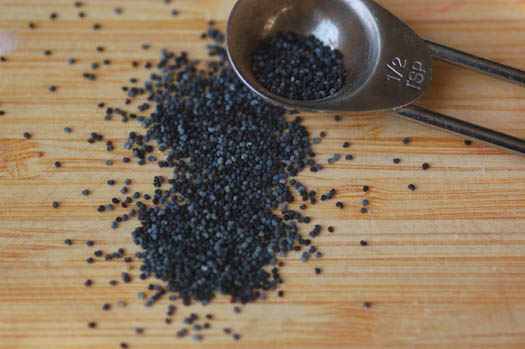 As you know I love LOVE pancakes, but sometimes when I’m looking for a lighter breakfast they can be a bit too much, so I usually opt for something less flavorful and exciting like a piece of toast or something lame like that. But when I saw these pancakes being cooked up, I knew it was a match made in heaven. The flavor was light, they had folded egg whites in them and a light, tangy cheese: ricotta.

The recipe I initially found was a bit faulty and after the third try of attempting to fix the milk to flour ratio, I gave up. I decided me and that recipe were no match and it just simply was over for us. I moved on and found this recipe on Gourmet’s website and with the first try we totally knocked it out of the park. I sure am gonna miss Gourmet ;(. 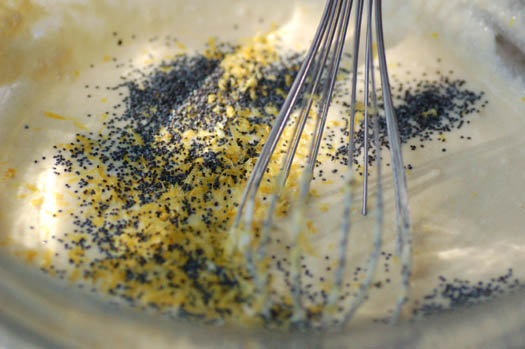 If you don’t have poppy seeds, don’t frete; it’s no big deal. They’re just there for texture and looking cute. 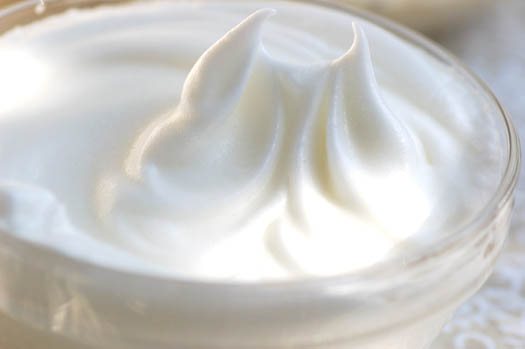 My egg whites were awesomely scary. If you’re lucky, yours will too. 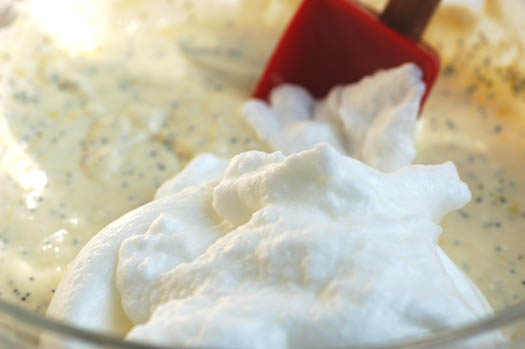 These aren’t very sweet AT ALL. If you’re into the sweet thing and don’t think syrup will do the trick, then add another tablespoon of sugar. Also, try to bring the eggs to room temperature; egg whites peak much easier at room temperature.

In a bowl whisk together the egg yolks, the ricotta, the sugar, and the zest, add the flour, and stir the mixture until it is just combined. In a bowl with an electric mixer beat the egg whites with a pinch of salt until they hold stiff peaks, whisk about one fourth of them into the ricotta mixture, and fold in the remaining whites gently but thoroughly. Heat a griddle over moderately high heat until it is hot enough to make drops of water scatter over its surface and brush it with some of the melted butter then turn down heat to medium. Working in batches, pour the batter onto the griddle by 1/4-cup measures and cook the pancakes for 2 to 3 minutes on each side, or until they are golden, brushing the griddle with some of the melted butter as necessary. Transfer the pancakes as they are cooked to a heatproof platter and keep them warm in a preheated 200°F. oven.

If they look a little soft in the middle, leave them on the pan a little longer, but just bring down the heat to low. You don’t want an egg white filled pancake!

Serve the pancakes with maple syrup. 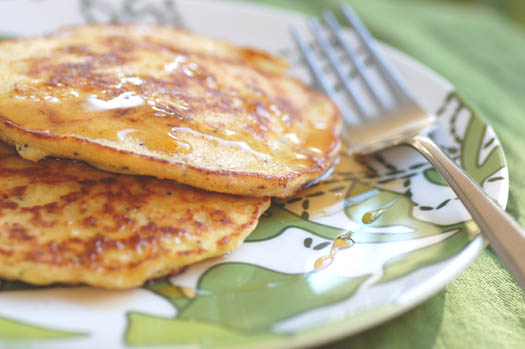