Published May 14, 2010Last Updated Jan 14, 2017
Leave a Comment
I find this strange enjoyment with ringing myself up at the grocery store’s self-checkout. I love pressing the touchscreen, looking up produce numbers, and scanning each product’s bar code. After thinking about it for a bit,… 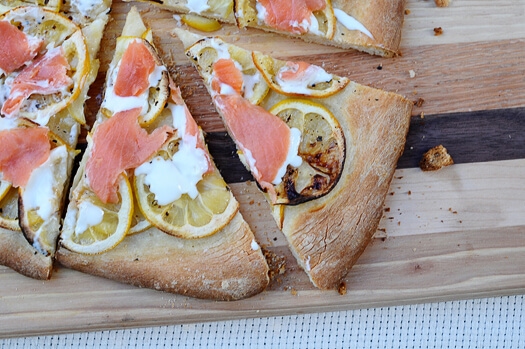 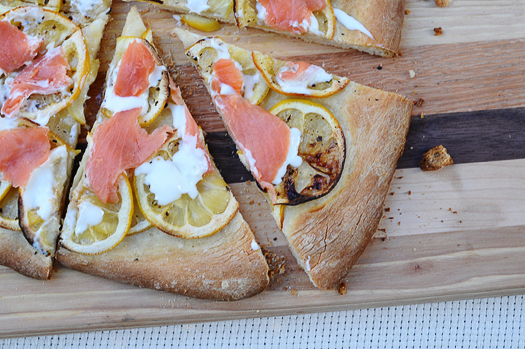 I find this strange enjoyment with ringing myself up at the grocery store’s self-checkout. I love pressing the touchscreen, looking up produce numbers, and scanning each product’s bar code. After thinking about it for a bit, I realized it all goes back with my ambitions as a kid to be on Supermarket Sweep. Do you remember that show? Oh my, how I wanted to wear one of those brightly-colored sweatshirts! And those gigantic name tags! Oh and my strategy. Umm…can we talk about the strategy that went into that game? Everyone knows that you go for the most expensive stuff in the store first. Like the turkeys or hams. And then you grab all the over-the-counter drugs, and then you move to the cereals or liters of soda. Man, they really need to bring that show back. It’s so 1990 in the most awesome way possible. 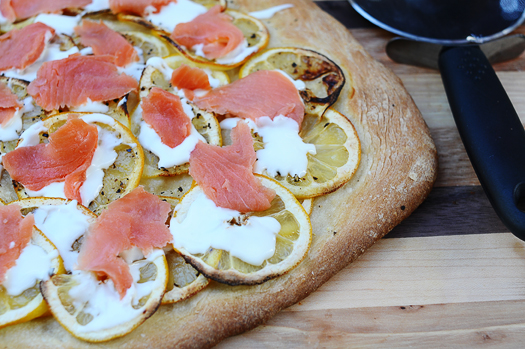 I think at first glance this pizza looks like it’s fancy. If you were on Supermarket Sweep–and it was pre-made–it’s probably the thing you’d think you should grab for, but in actuality this pizza cost me about $8 to make. All it takes is 2 lemons, some creme fraiche, smoked salmon, and some homemade pizza dough. It’s an impressive looking pizza and it tastes nothing like I’ve ever had before. It would seem that slicing up a lemon, putting it on a pizza and cooking it would be weird. Because, um, you’re eating a whole slice of lemon. But when the lemons are sliced this thinly, they’re seamless, and their slight bitterness is actually an attribute to the pizza. And plus, you have the creme fraiche that sort of downplays it and paired with smoked salmon, it’s a total winner. I’m going to be eating this pizza all summer long. 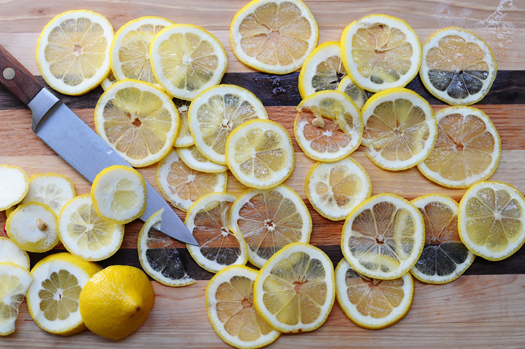 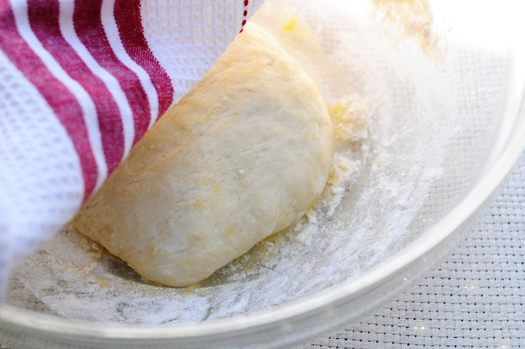 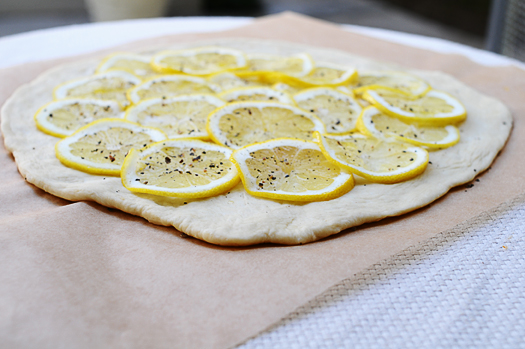 {In my opinion, there’s nothing better than cooking pizza on a stone, but the good ones can cost upwards of $50. An amazing alternative (via my Dad) is picking up two clay tiles (from Lowes or Home Depot), which will run you around $2 a piece, and placing them in your oven side-by-side. Put the pizza on parchment–like I have above–and put it directly on the hot clay tiles. It’ll give you the same result: a perfectly cooked crust, at a fraction of the cost.} 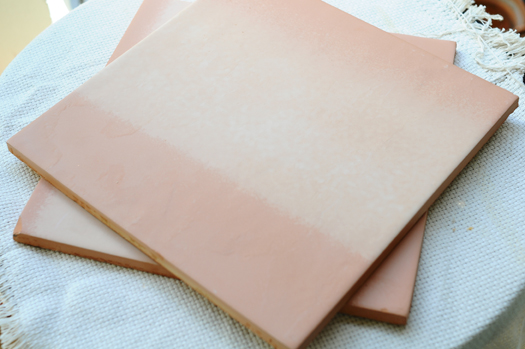 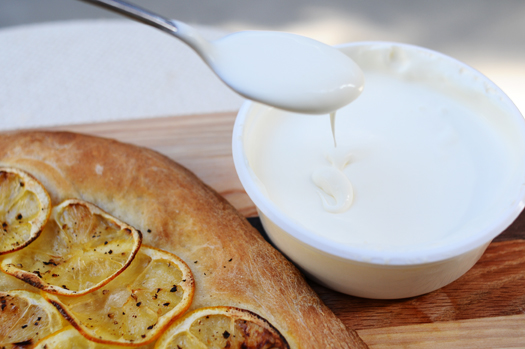 Serves 8 as an appetizer

Recipe by Christopher Idone via The Wednesday Chef

The original recipe called for salmon caviar, but since I’m not a huge fan, I opted to go with smoked salmon. Go with what you think is best!

Preheat oven to 450 degrees and roll dough out to roughly 12 inches in diameter and very thing – about 1/6-inch thick. Place on a greased sheet pan, or heat a pizza stone in the oven. Cover surface of dough with lemon slices, overlapping them very slightly. Sprinkle with pepper and olive oil. Transfer pizza to hot pizza stone or place the sheet pan in the oven.

Bake until dough is brown and crisp, 15 to 20 minutes. If the lemons brown too quickly, cover the surface of the dough with foil until dough is cooked through.

Remove the pizza from the oven and let cool. Spread creme fraiche over the surface and dot with caviar (or in my case, smoked salmon). Cut into wedges and serve. 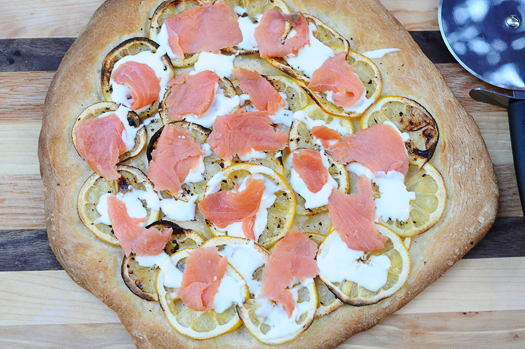