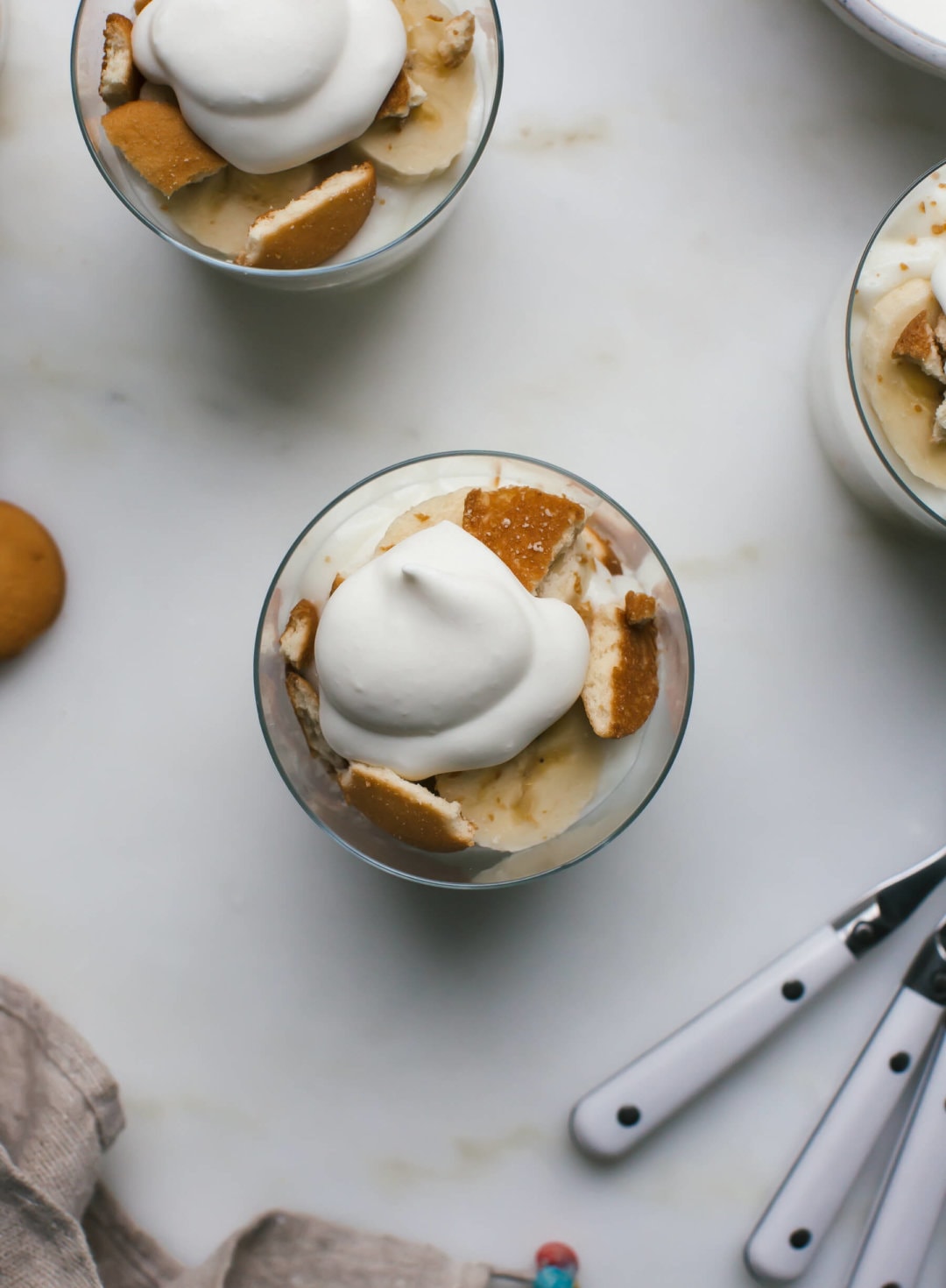 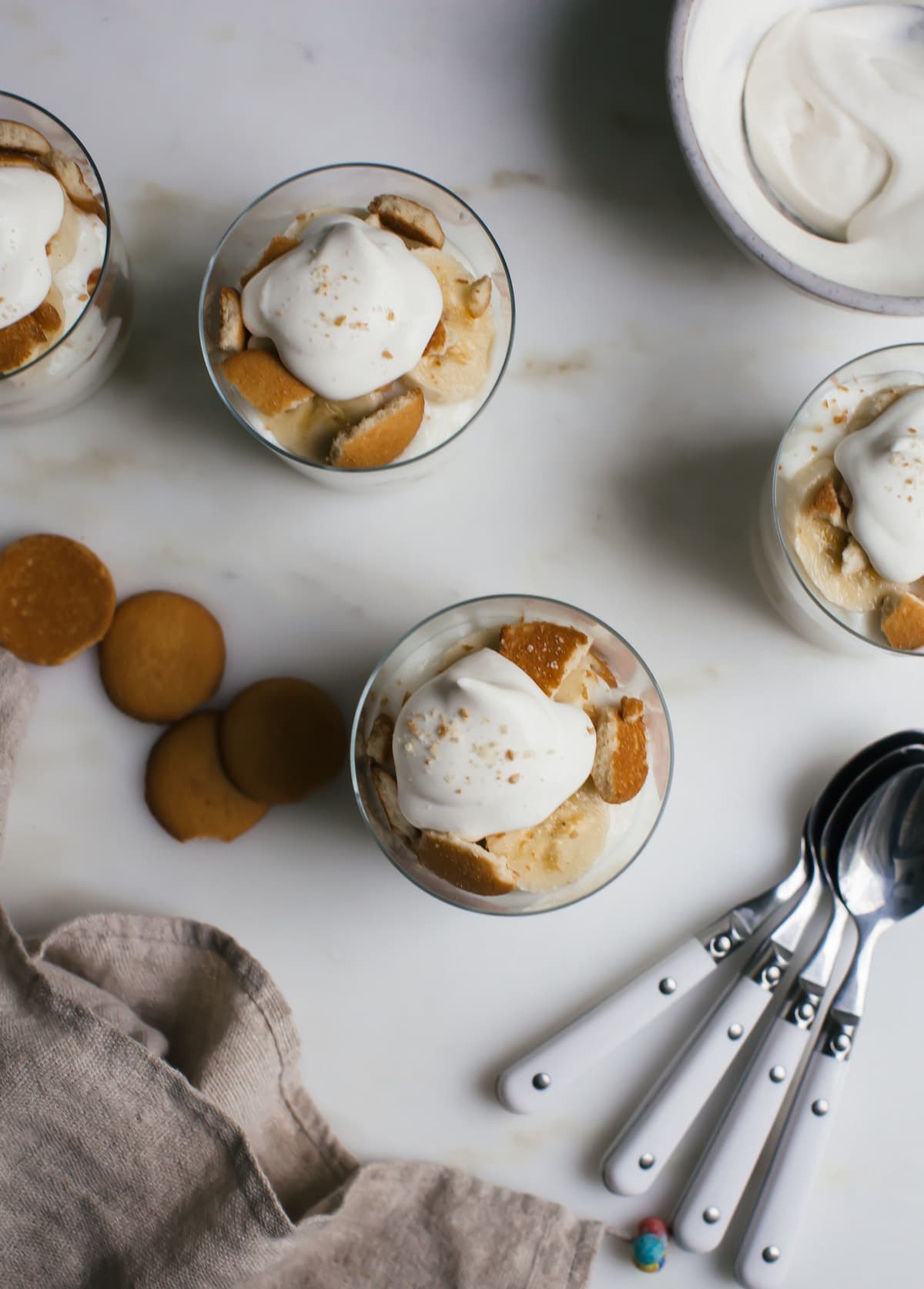 Every now and then I look at my inbox and a random person sends me something called a “food trend report.” This has happened multiple times and usually before I even open it, I sort of roll my eyes because most of the time they’re filled with super trite info like, “kale is on trend!” or “quinoa is trendy.”

Things that make you go, kewl info. But one place I love to read about trends is within the pages of Bon Appett. The trends they talk about are definitely before they hit mainstream so they make me think a lil’ bit and make me go, huh…kewl. 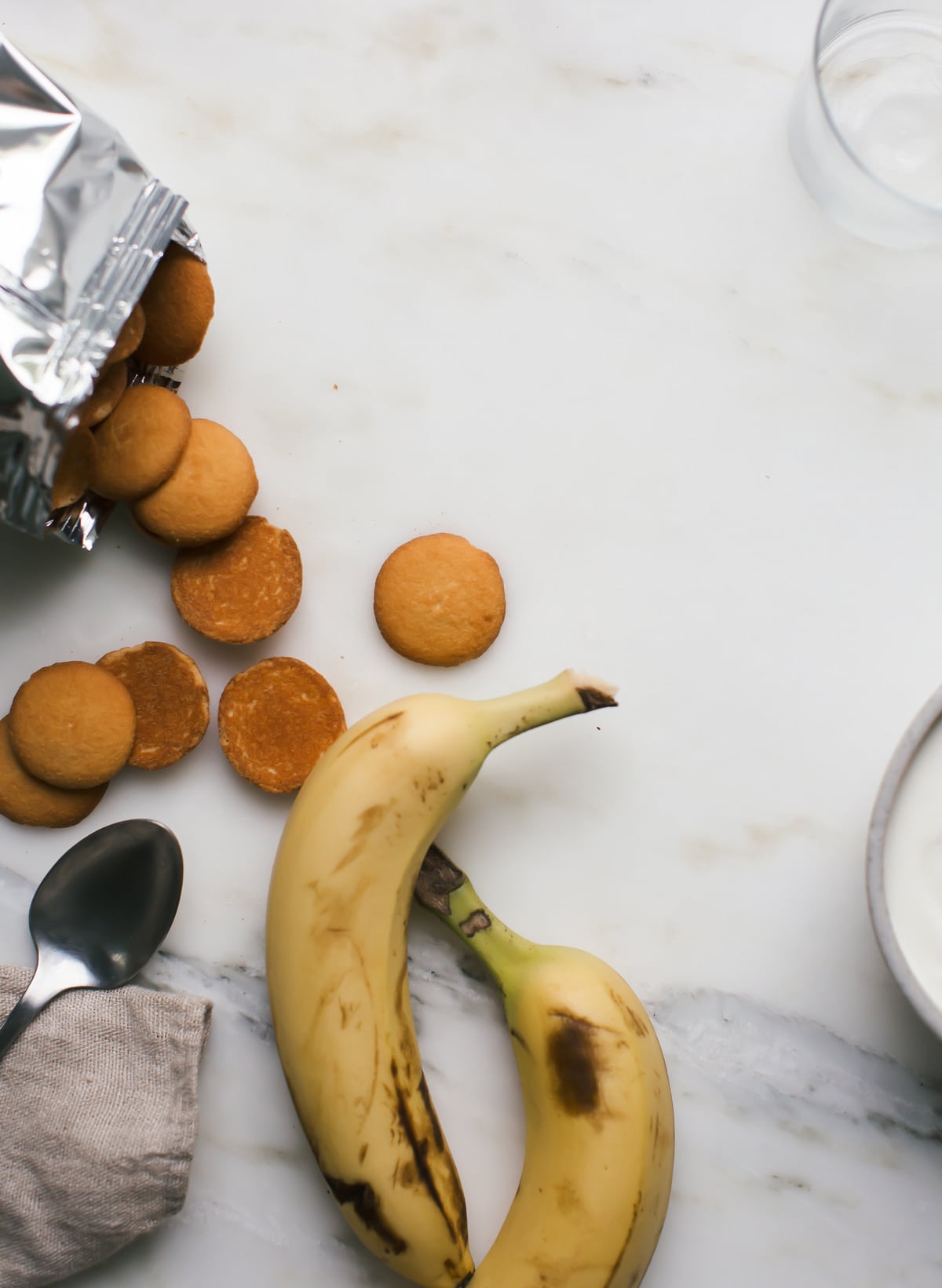 In a recent issue (I forget which month), it was all about kefir being a big thing now. And not just for hippies or people trying to settle an upset stomach but an ingredient that chefs and home cooks are putting all up in their foods. I figured I’d give a simple dessert a big of a tangy twist with kefir.

Enter: dis banana pudding. It tastes almost like normal banana pudding. It’s that kind of twist that will make people a little puzzled when they eat it. They might think to themselves, “this is good but what’s different about it…” 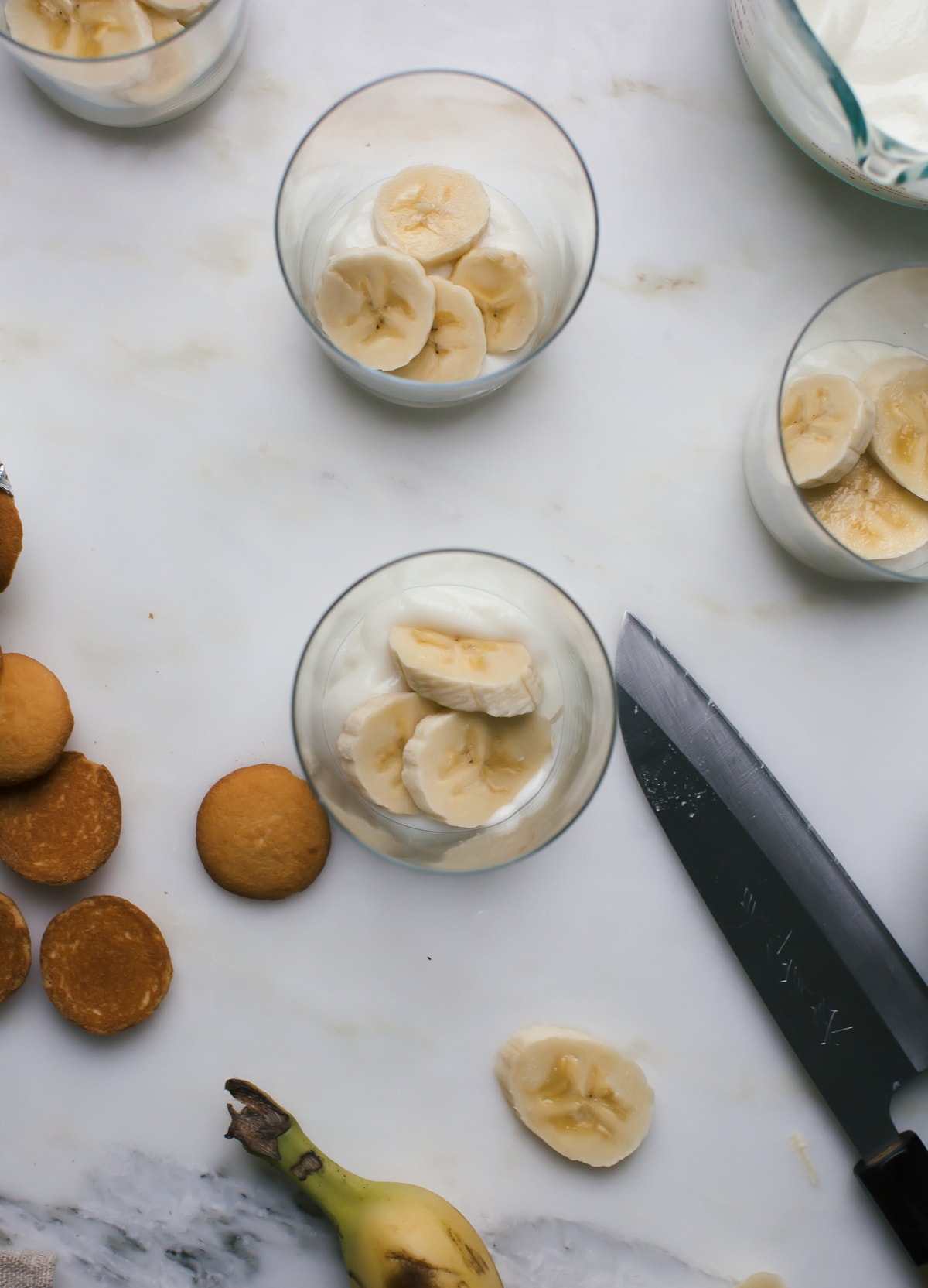 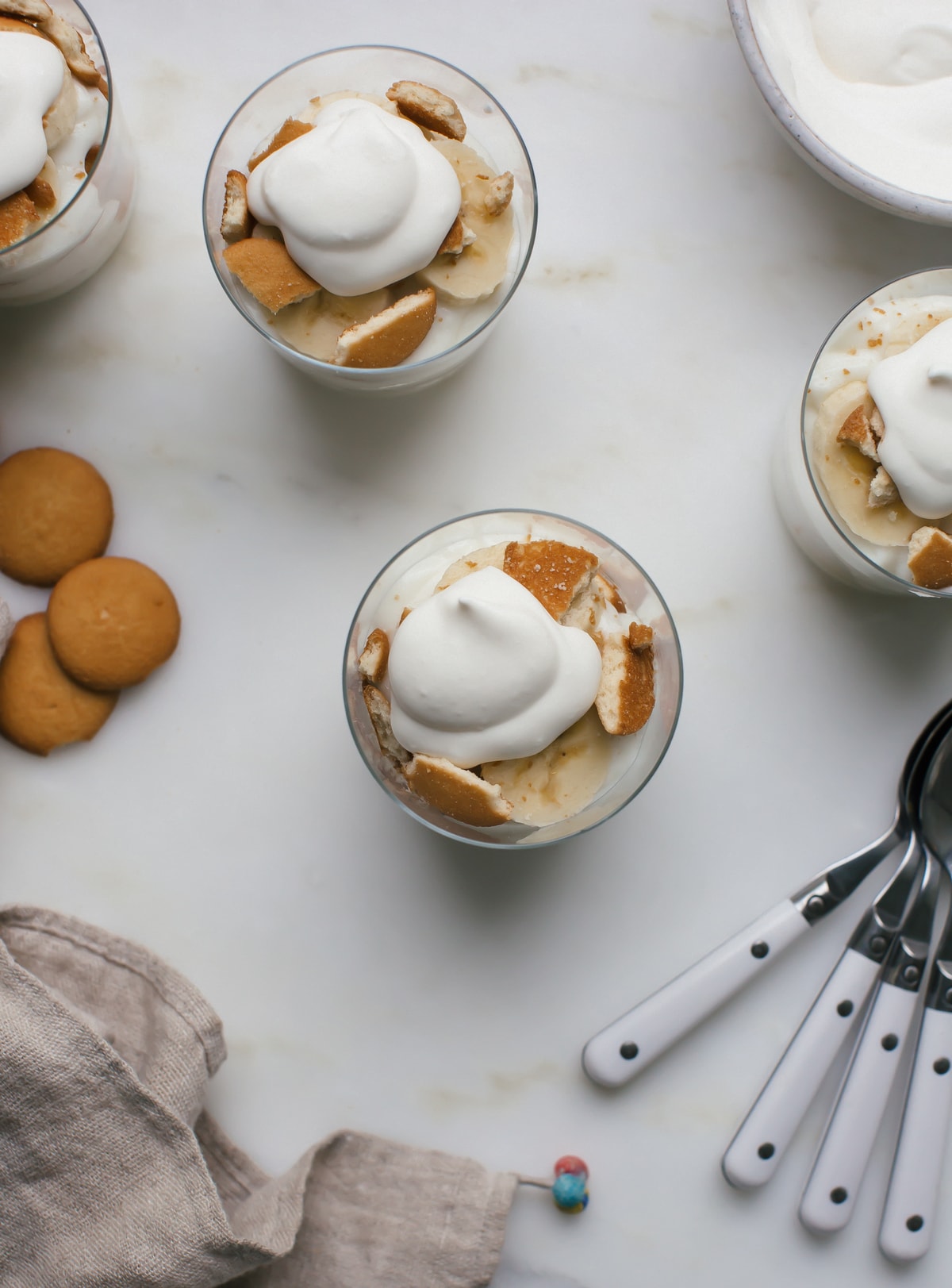 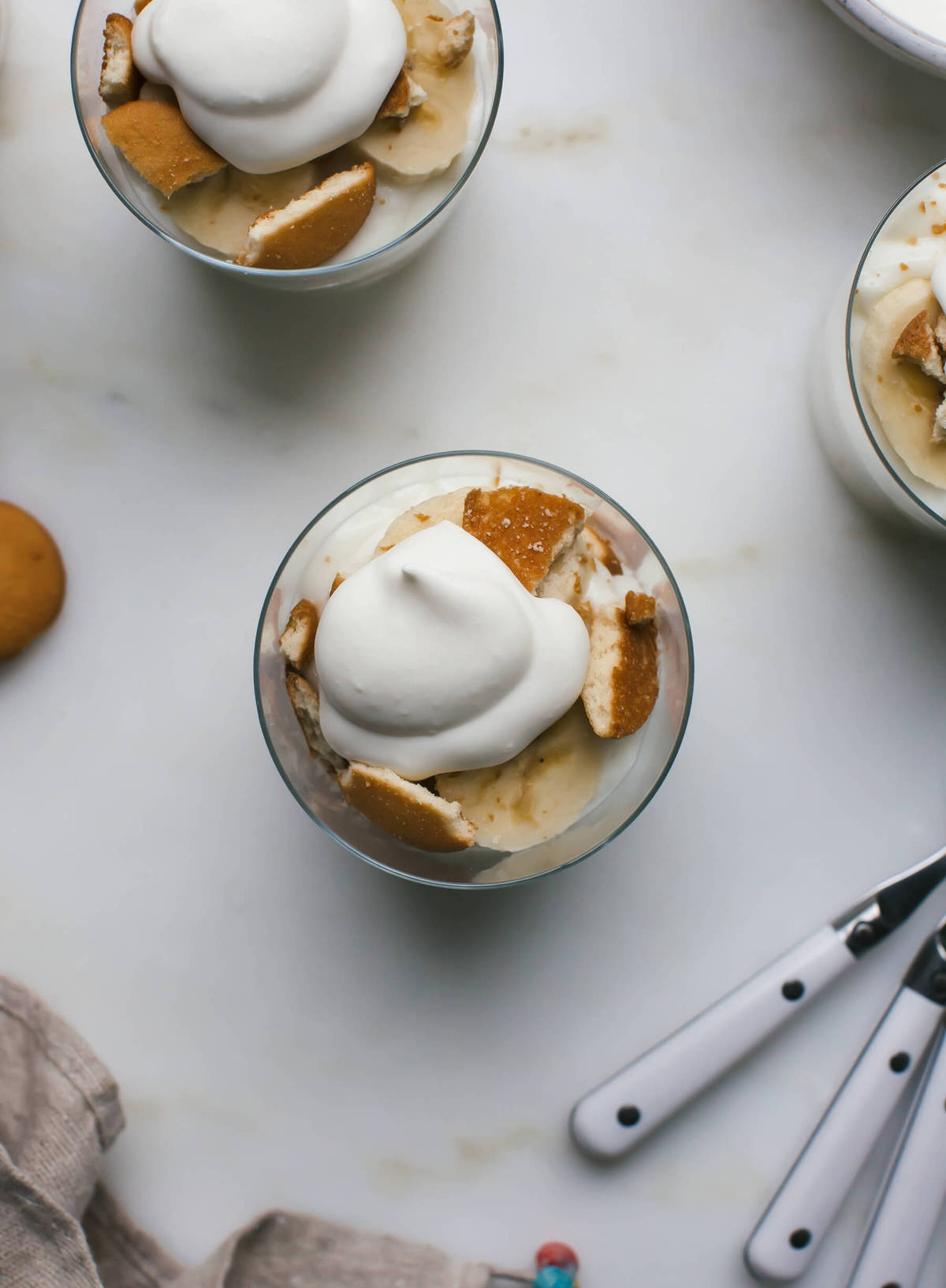 The tang isn’t overpowering, mainly because it’s cut with normal milk and the sugar has been increased slightly.

It’s really creamy and delicious and is super refreshing. 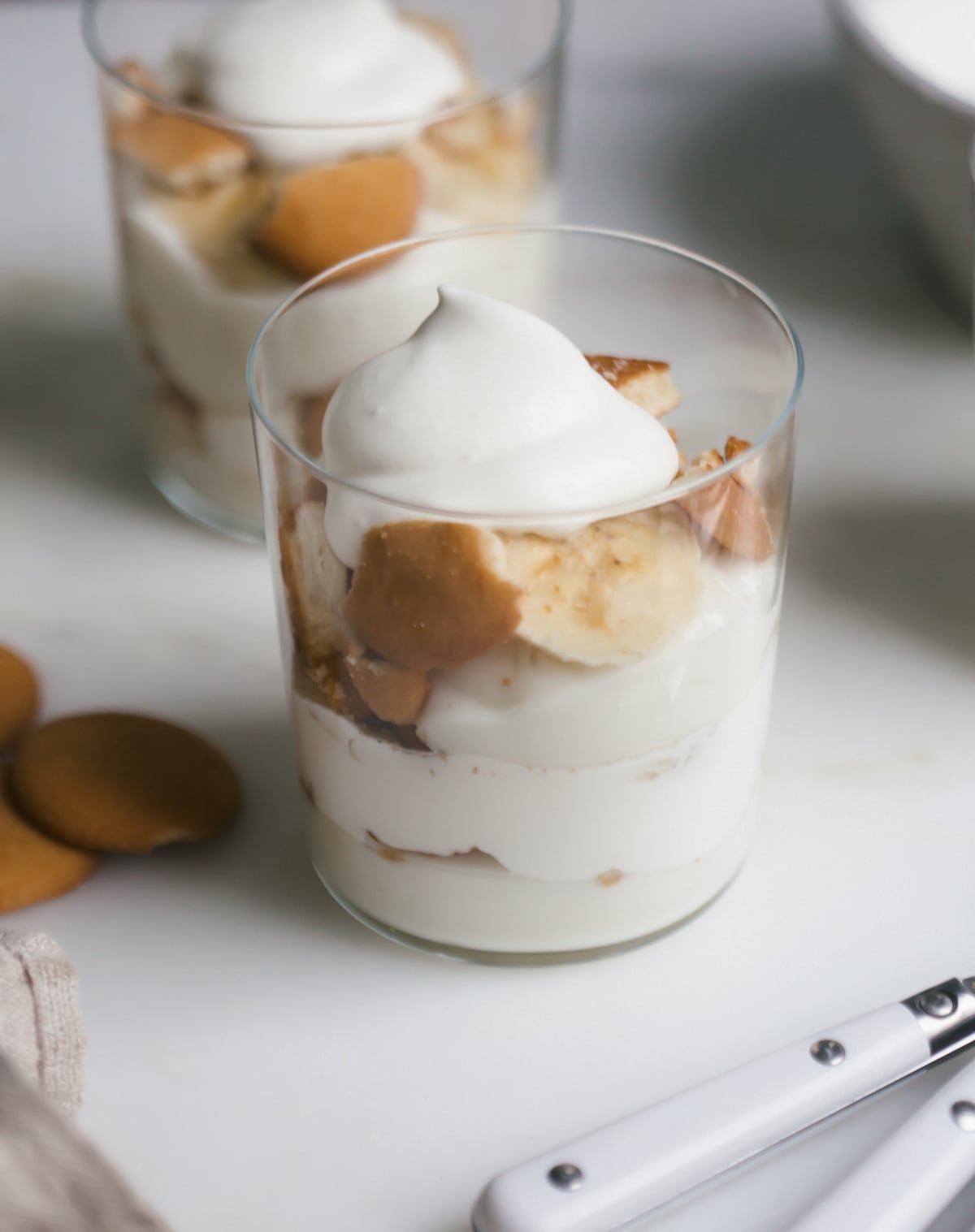 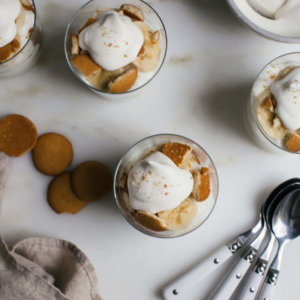 Serving: 6g
Did you make this Recipe? Tag me Today!Tag @acozykitchen on Instagram and hashtag it #acozykitchen
April 7, 2016 by Adrianna Adarme 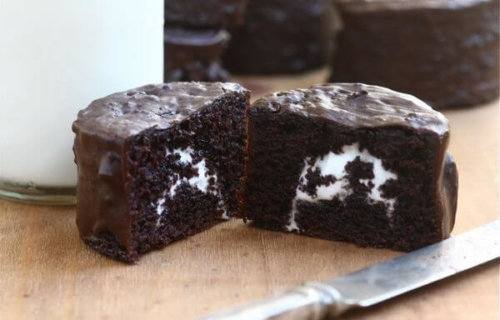